When we think of fashion shows, long runways inside metallic or industrial fashion halls immediately come to mind. But there are also times when designers and show directors will want to do something different and have a show literally outside the box, or at least outside. For the Spring Summer 2023 menswear show of Yves Saint Laurent, they decided to go with Morocco as the backdrop and enlisted London-based artist and stage designer Es Devlin to design their “stage”. 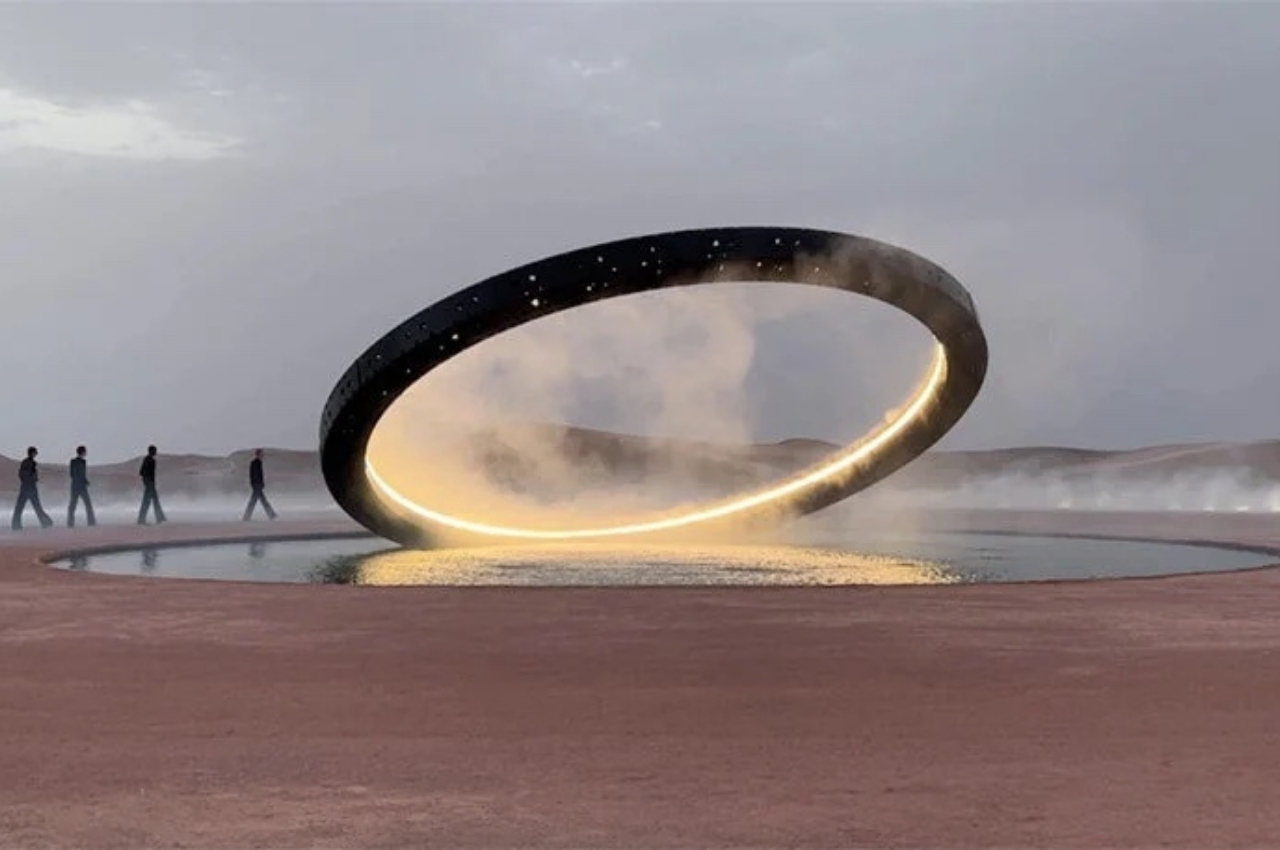 The Moroccan desert itself is already picturesque and can serve as a beautiful background for any event. But the atmosphere becomes even more dream-like with the centerpiece that was added just for this fashion show. There is a circular pond with a luminous ring rising from the center and with clouds of artificial, billowing mists surrounding the models as they strut the latest pieces in the Spring Summer collection. From afar, it looks like a desert mirage adding to its dreamy landscape. 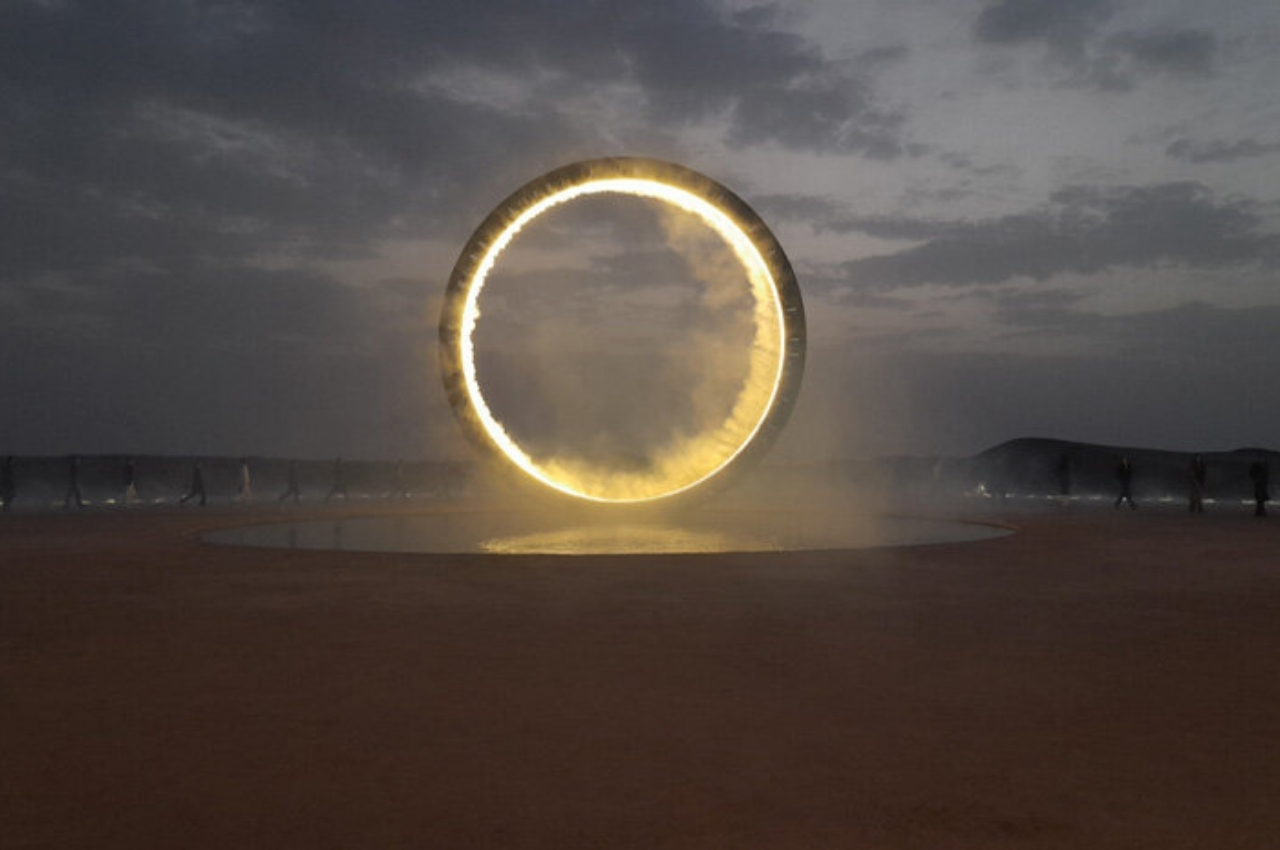 They were of course careful to respect the ecological landscape of the area and that is why they also came up with a low-impact design. The pool used non-potable water and after the event, this will be used in the agricultural areas nearby. The design itself was inspired from the novel The Sheltering Sky by Paul Bowles whose setting is in the cities and deserts of North Africa. Morocco itself is part of the brand’s history as Marrakech is where Yves Saint Laurent went to “escape” Paris life when it became too overwhelming. 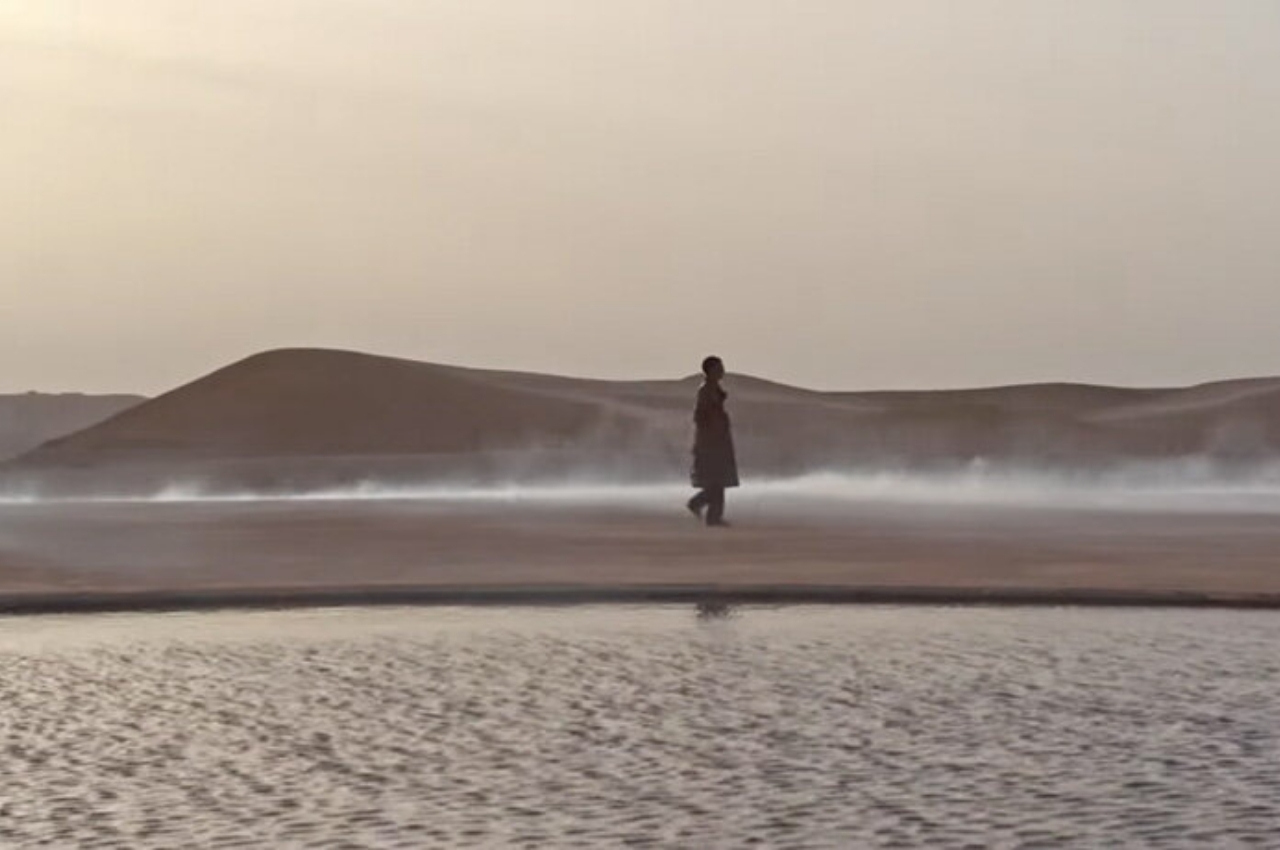 The rising ring from the pond looks to be something out of a movie like Dune, Blade Runner, or Mad Max but it also blends well with the menswear collection they are showing off. Because of this backdrop, you get something like a short film or a music video and is definitely more interesting for non-fashion show watchers like me. 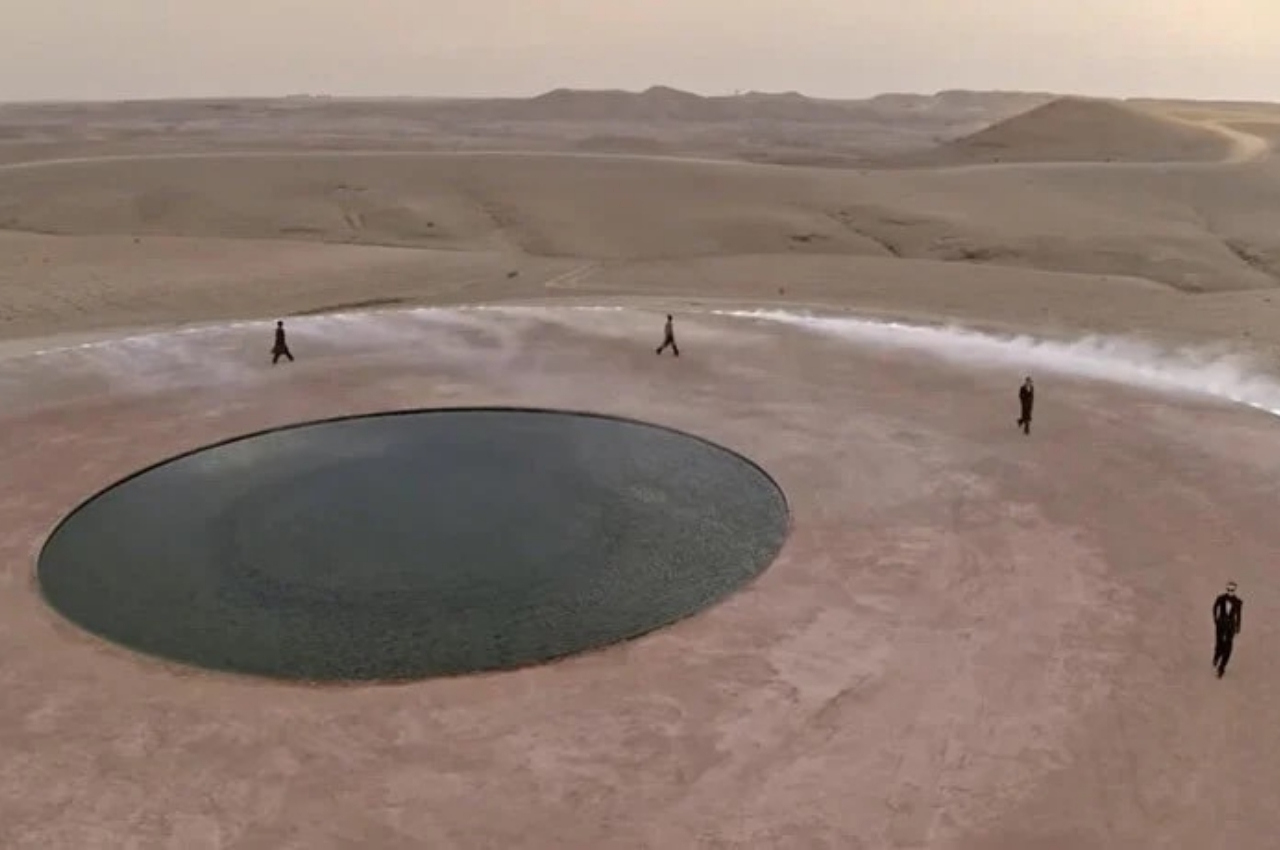