While Swiss couple Iwan and Manuela Wirth are best known as two of the founders behind international art empire , they also lead a busy side hustle: , a and development business. The company’s latest venture, — notably, its first property in London — is evidence of the many ways that these two roles often overlap. 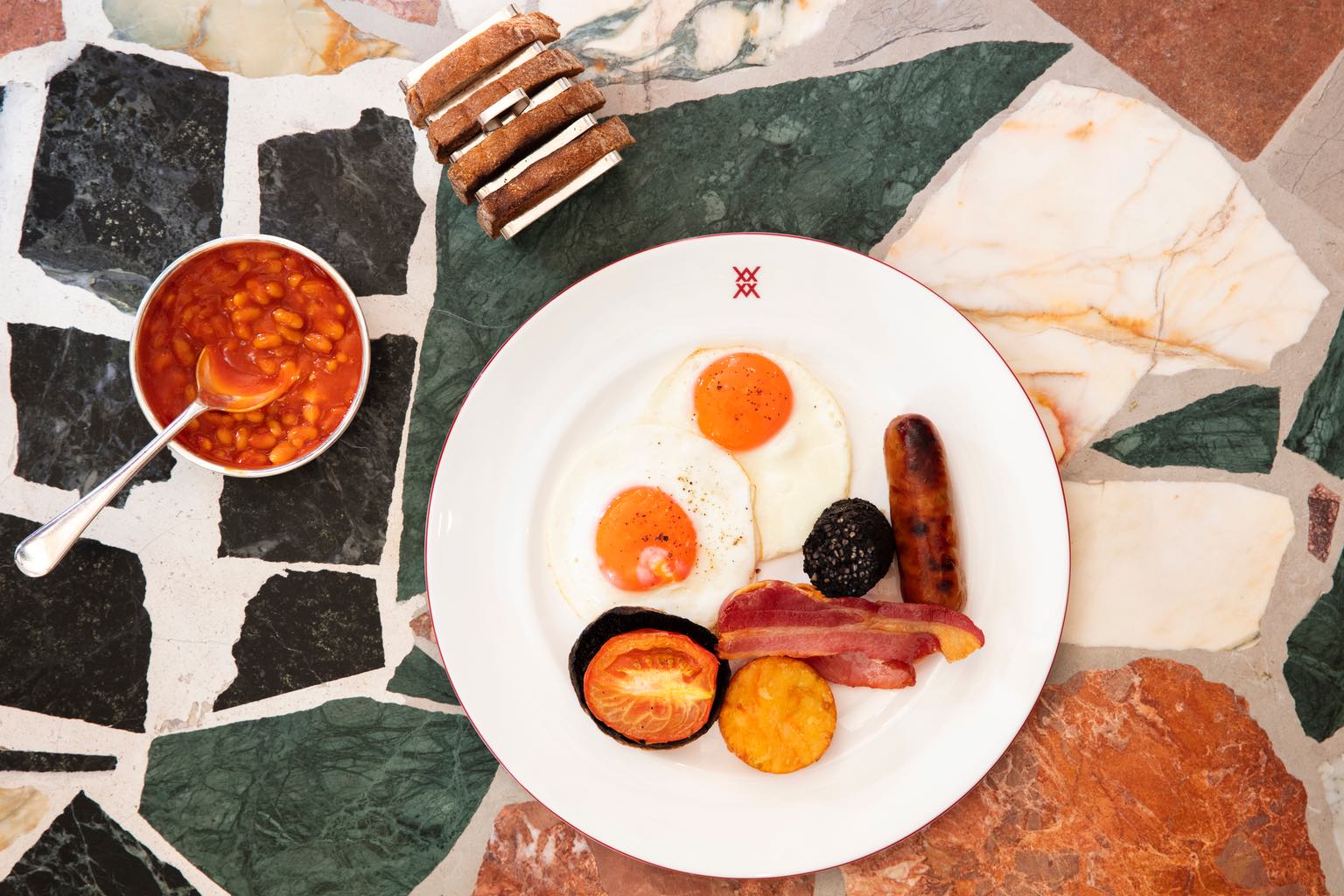 As much as the Audley is a destination dining spot — combining a ground-floor pub, an upstairs restaurant and four private dining rooms — it is also very much an art gallery, filled with over 200 canvases and sculptures. Not so coincidentally, many of the featured artists are members of Hauser & Wirth’s impressive roster. 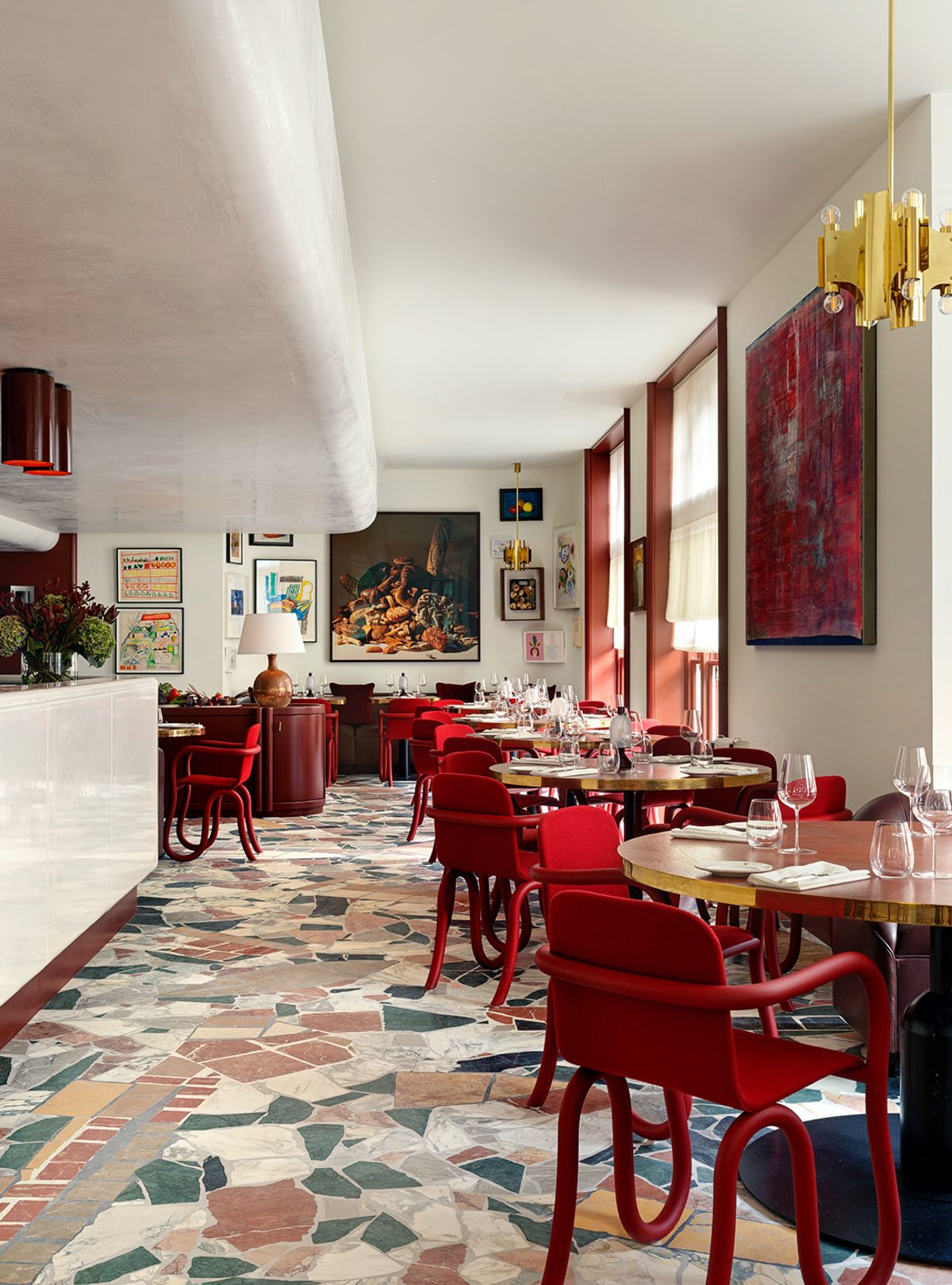 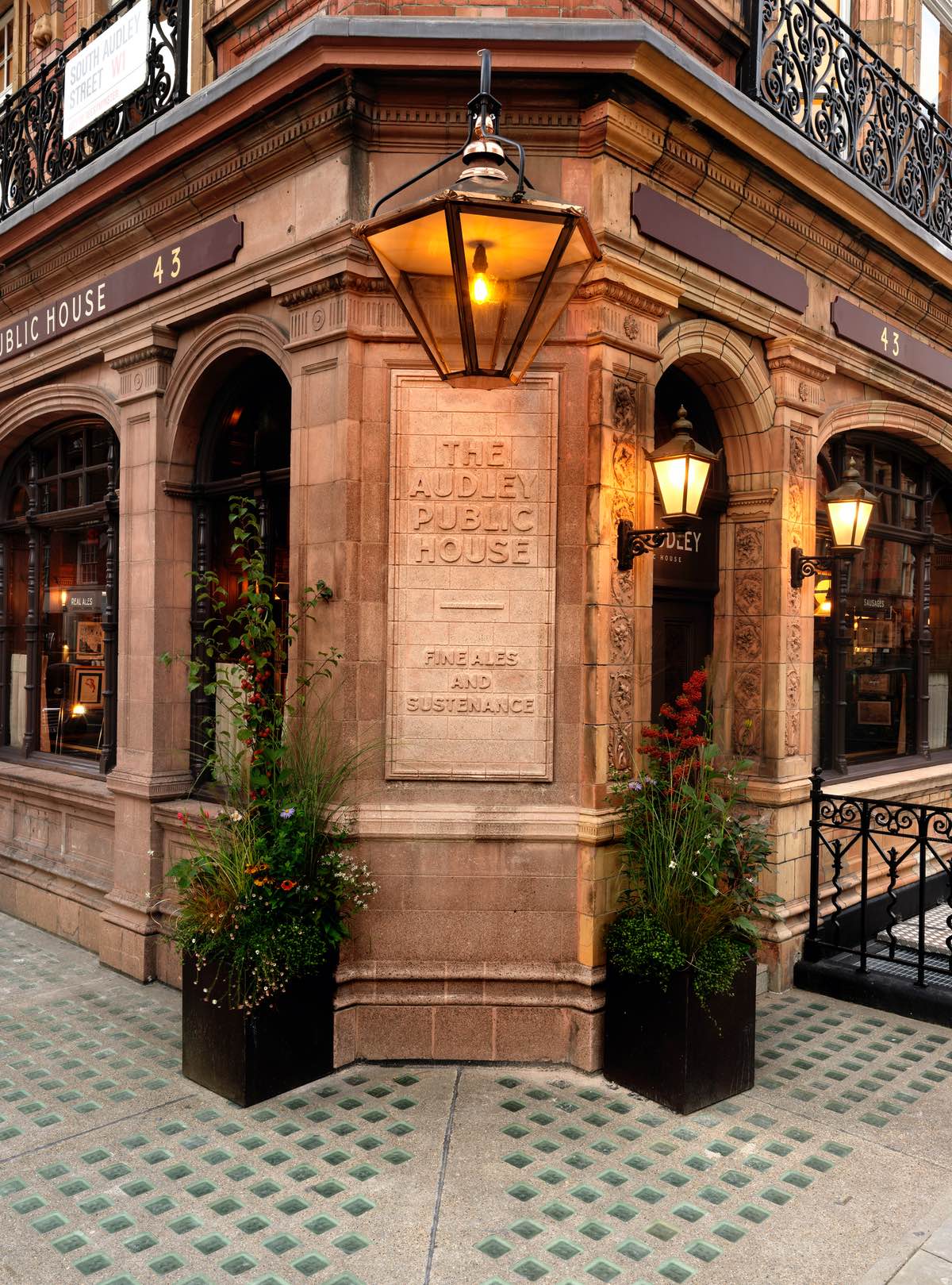 (Paris-based architecture firm , which led the historic Victorian building’s restoration, is another collaborator with a long-standing relationship to the Wirths, having most recently worked with the couple on Hauser & Wirth’s .) 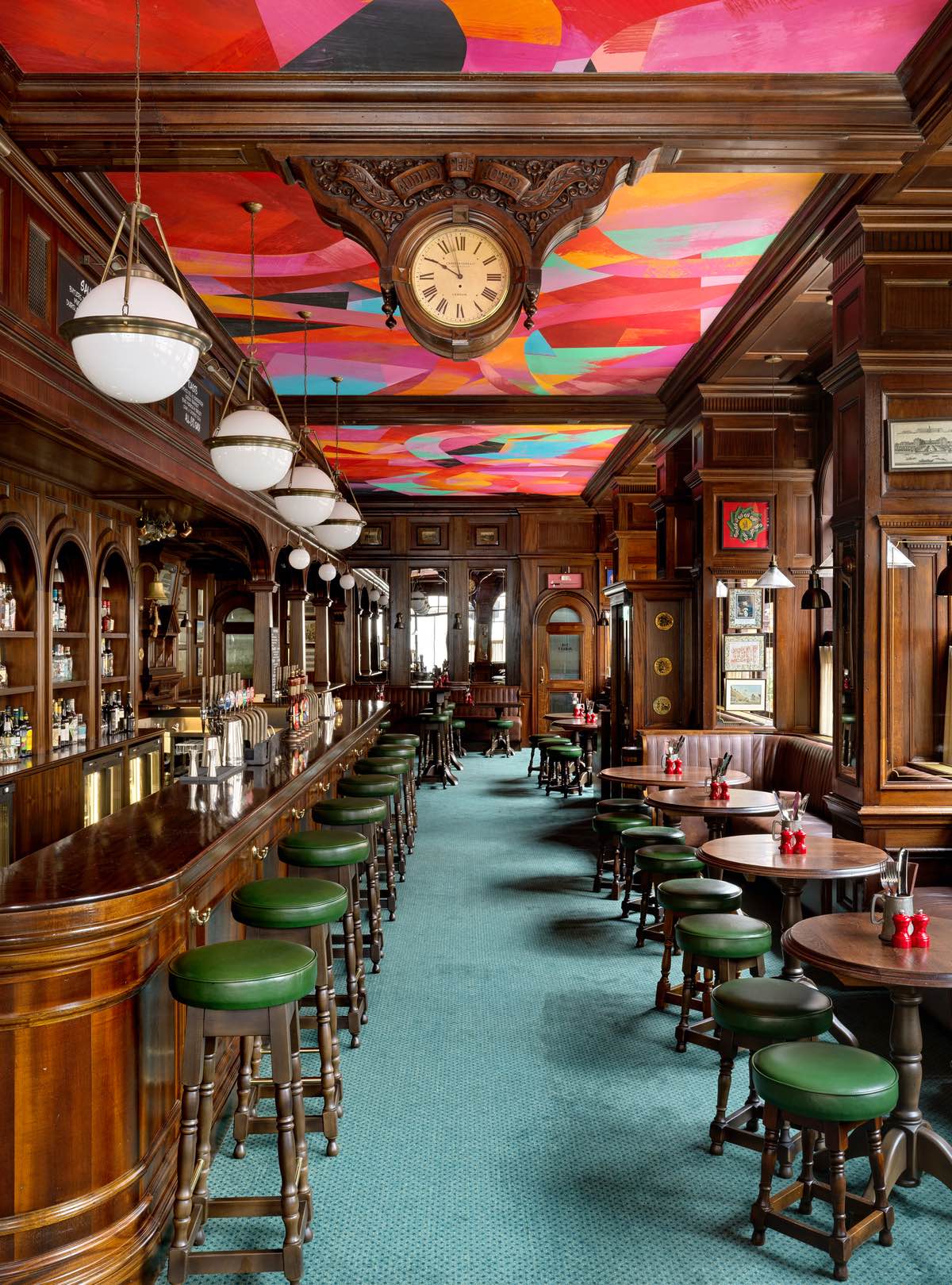 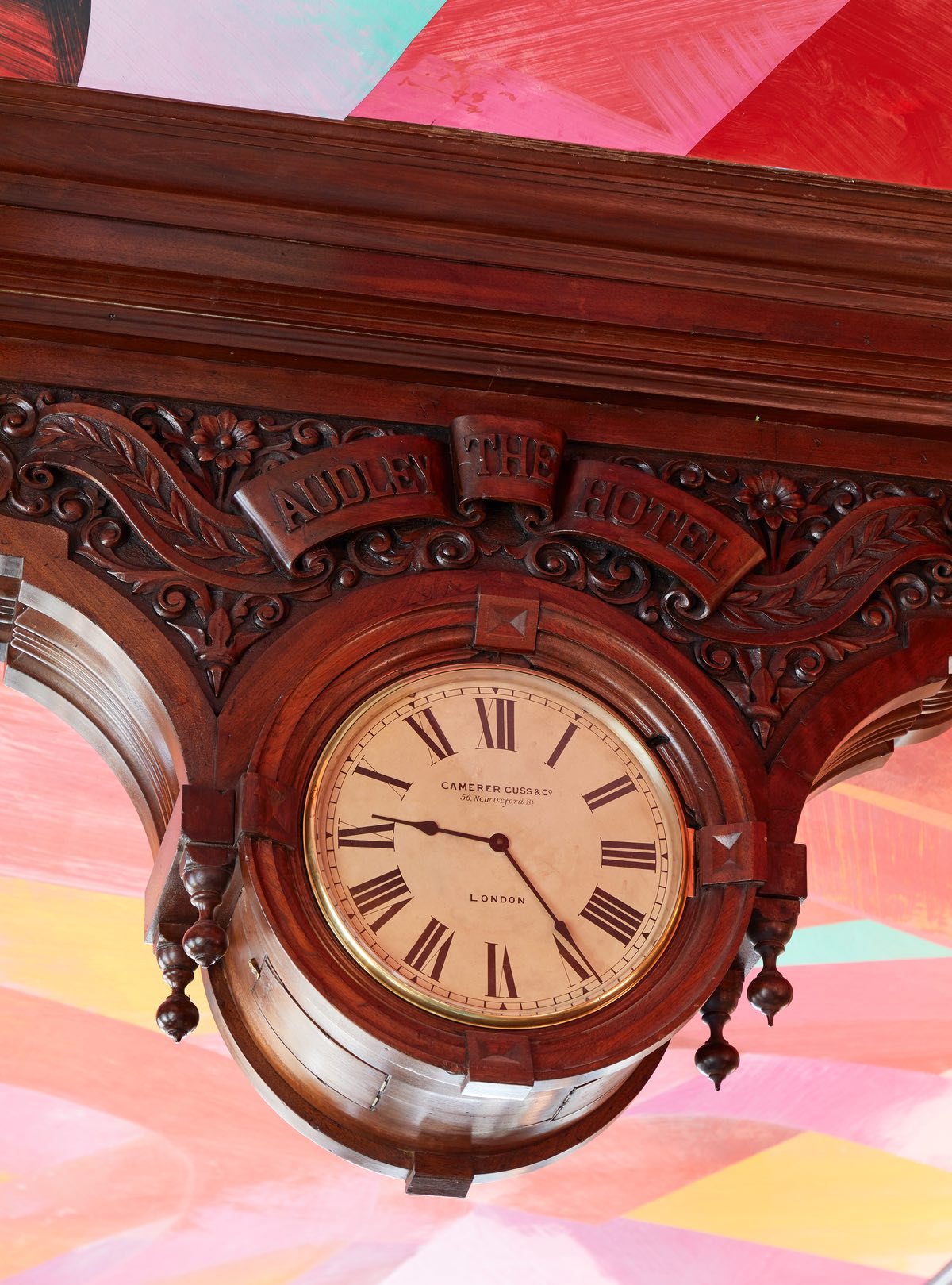 Downstairs, the Audley Public House hews close to British tradition, with mahogany paneling and dark leather seating. The one notable exception: the ceiling. A spectacular mosaic by enlivens the Mayfair pub with collaged strips of hand painted paper in ultra-vibrant oranges, pinks and teals. This contemporary intervention makes for an especially vivid contrast to the room’s ceiling clock, one of many original architectural elements preserved throughout the heritage structure. 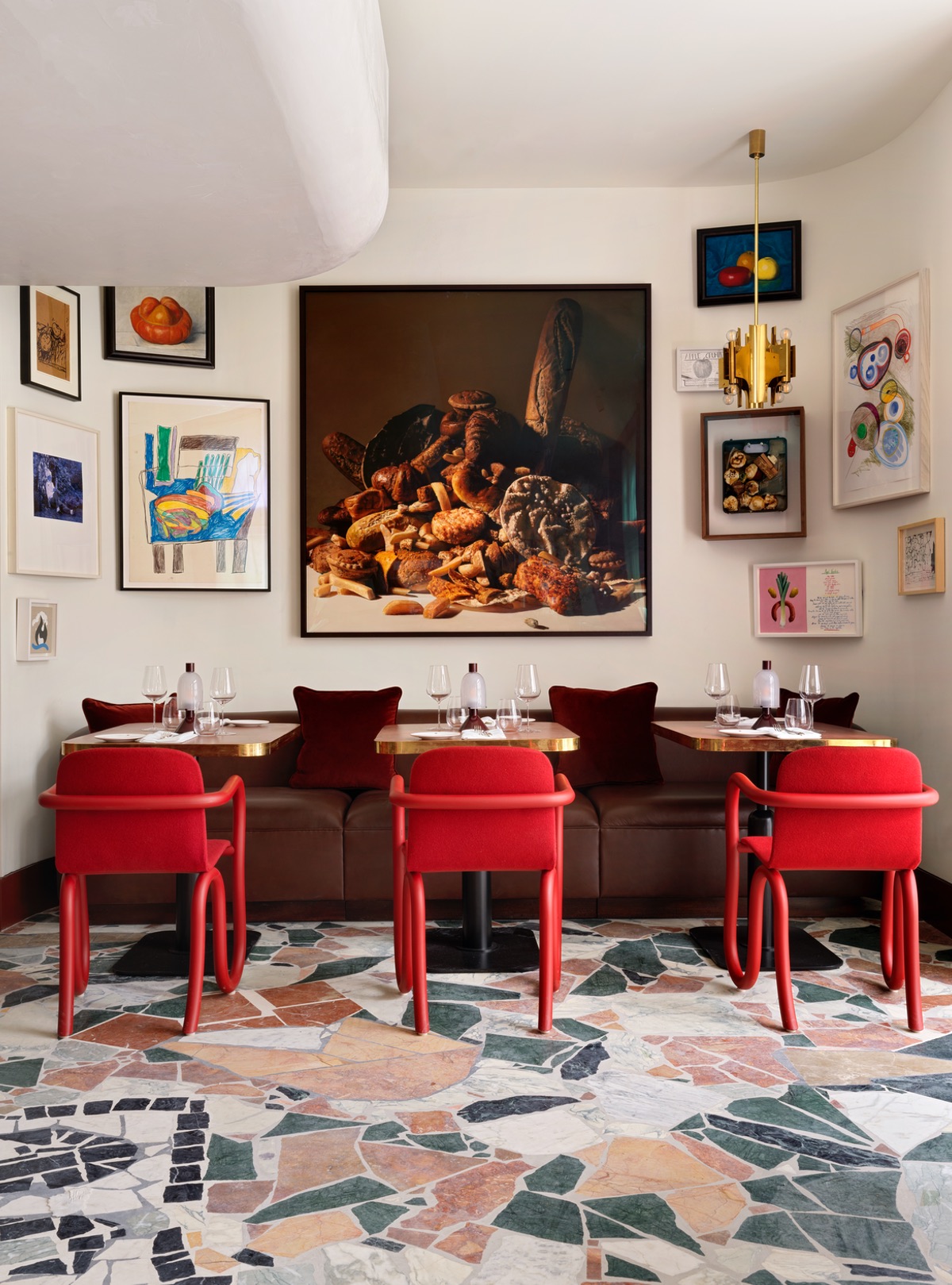 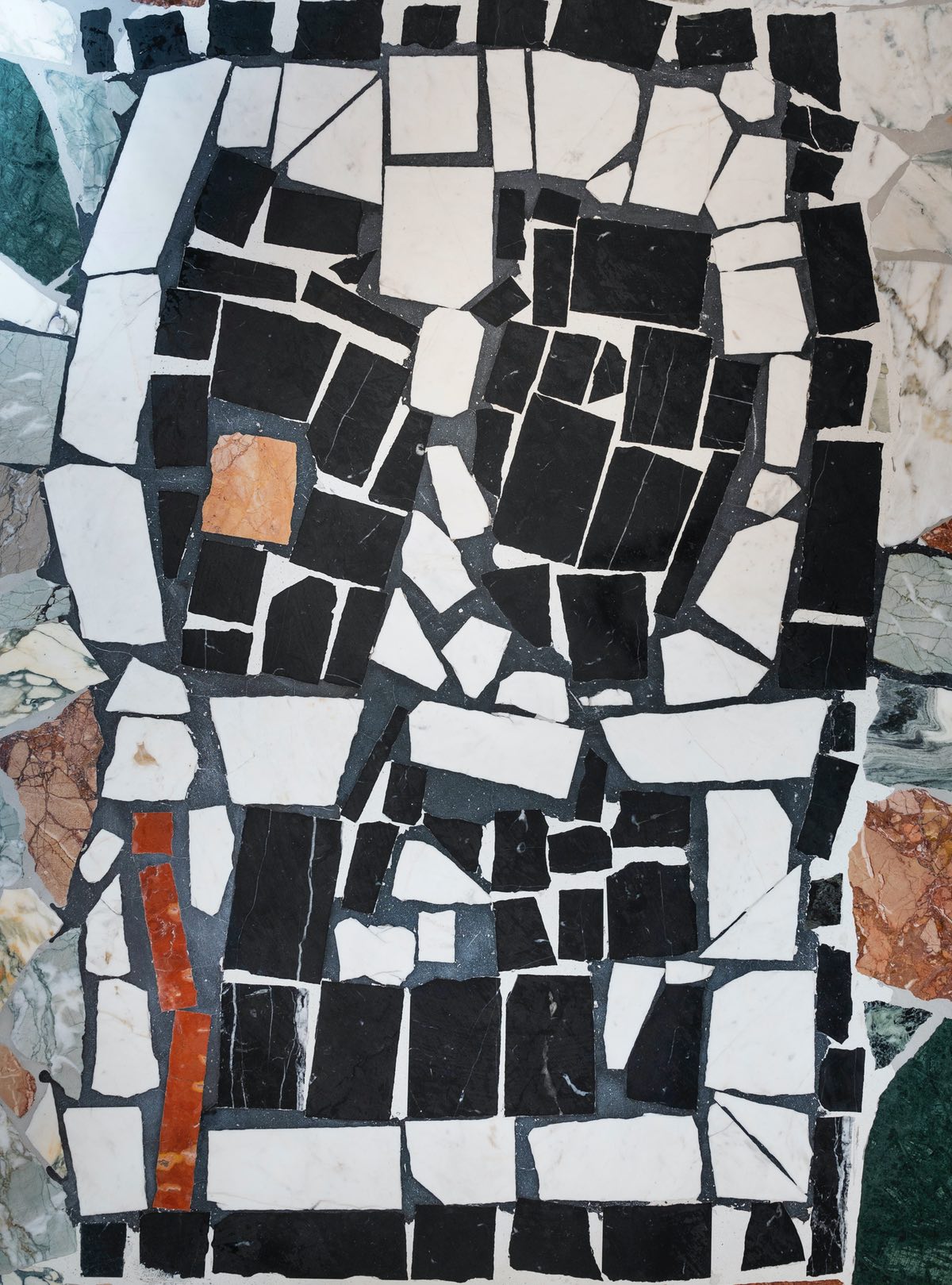 Upstairs in , the action shifts from overhead to underfoot. A floor mosaic by adopts the ancient technique of palladiana, a style of terrazzo that embeds large, irregularly shaped, contrasting stones. Named “Broken Floor,” the site-specific installation is an extension of Johnson’s “” series of mosaic works. 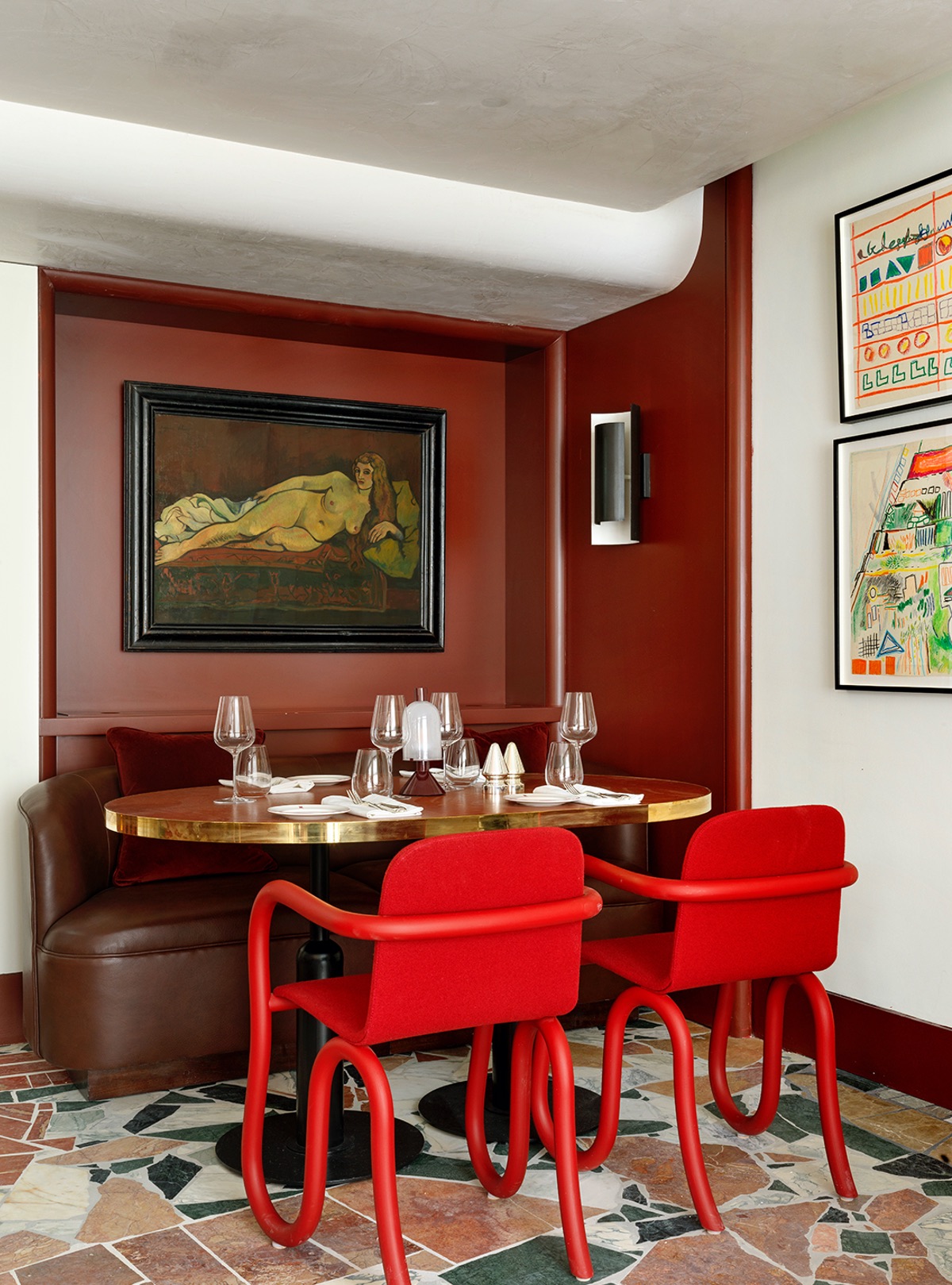 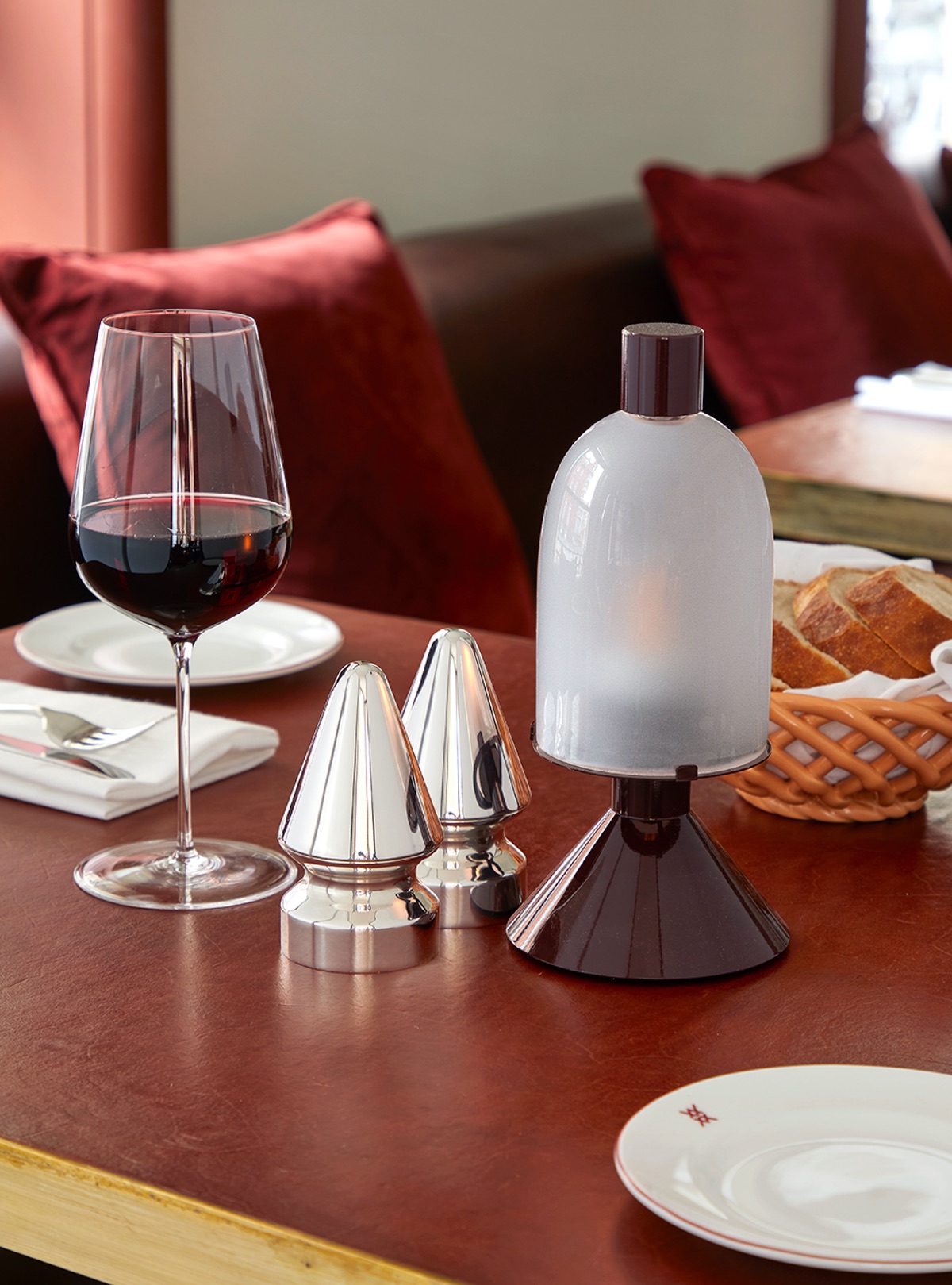 Meanwhile, custom tableware reinterprets the visual language of other artists from the Hauser & Wirth family. Salt and pepper cruets shrink Paul McCarthy’s cheeky “” sculpture down to a handheld scale, while bespoke table lamps pay tribute to the late Sophie Taeuber-Arp by adopting the same form as her “” sculpture. 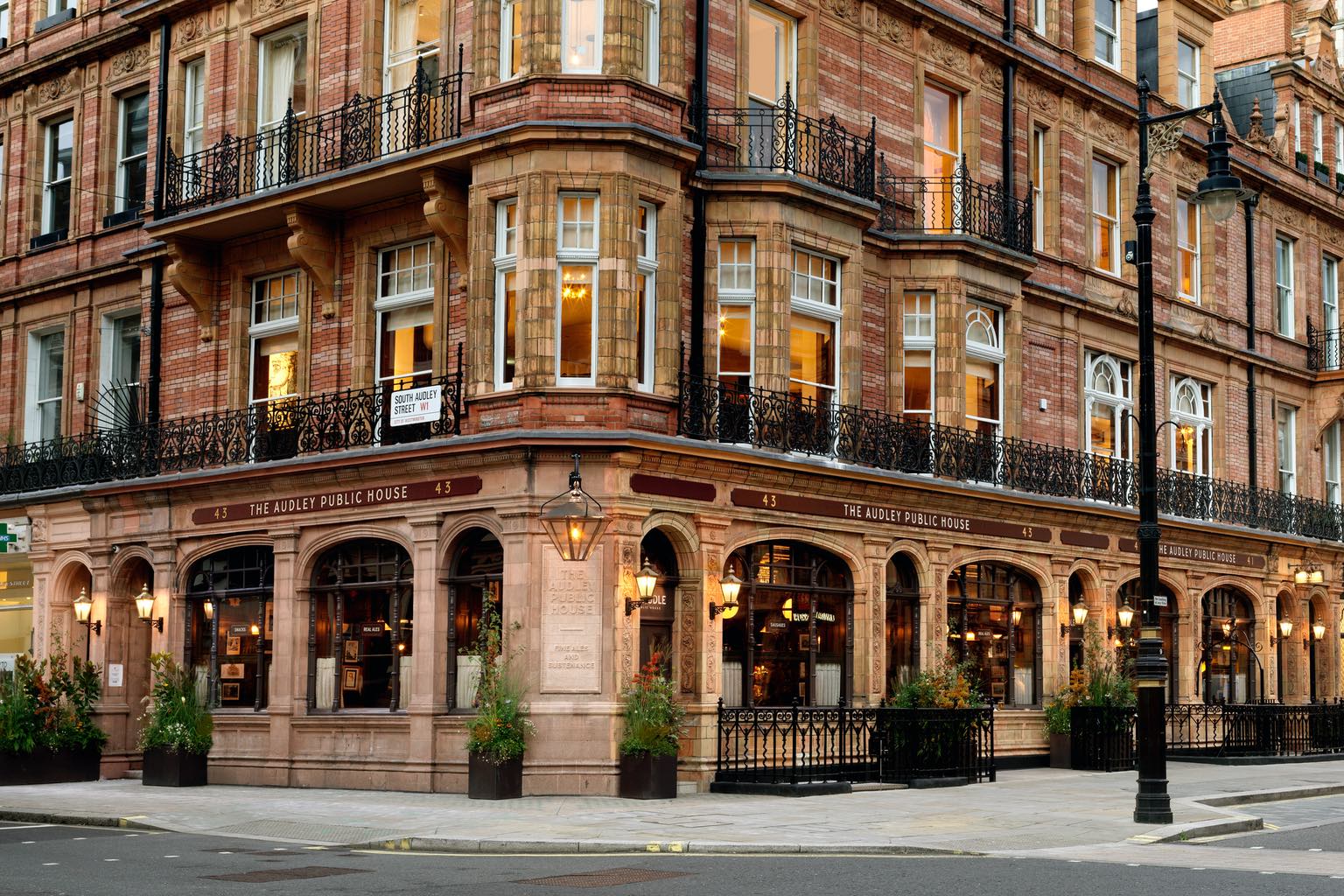 A final site-specific intervention awaits in the fourth-floor Games Room — one of the Audley’s four private dining spaces, collectively dubbed its “Curious Rooms.” Hand-painted by artist , a circular work on the turret room’s ceiling is a riff on tentacle erotica (which, to save you an explicit Google search, is exactly what it sounds like).

Rounding out the building’s collection are pieces by a who’s who of modern artists — everyone from Lucian Freud to Andy Warhol and Henri Matisse. And yet the Audley’s ultimate work of art may actually be one of its dishes. Perhaps because it has to vie for attention amongst so many other visual spectacles, Mount St. Restaurant’s lobster pie takes the form of a striking still life.