Economy airline passengers have had little choice but to accept increasingly small, cramped, and uncomfortable seats on planes. Most airlines dream of making those seats smaller still in order to maximize their per-flight profits, commissioning concept designs for outrageous things like “seats” you lean against to save space. But Air New Zealand is going against that trend in a big way. Its new cabin designs, set to be fitted in its 2024 batch of Dreamliners, include six . These stacked beds aren’t for First or Business class flyers, either. You can use them in tandem with the airline’s lowest-price tickets. 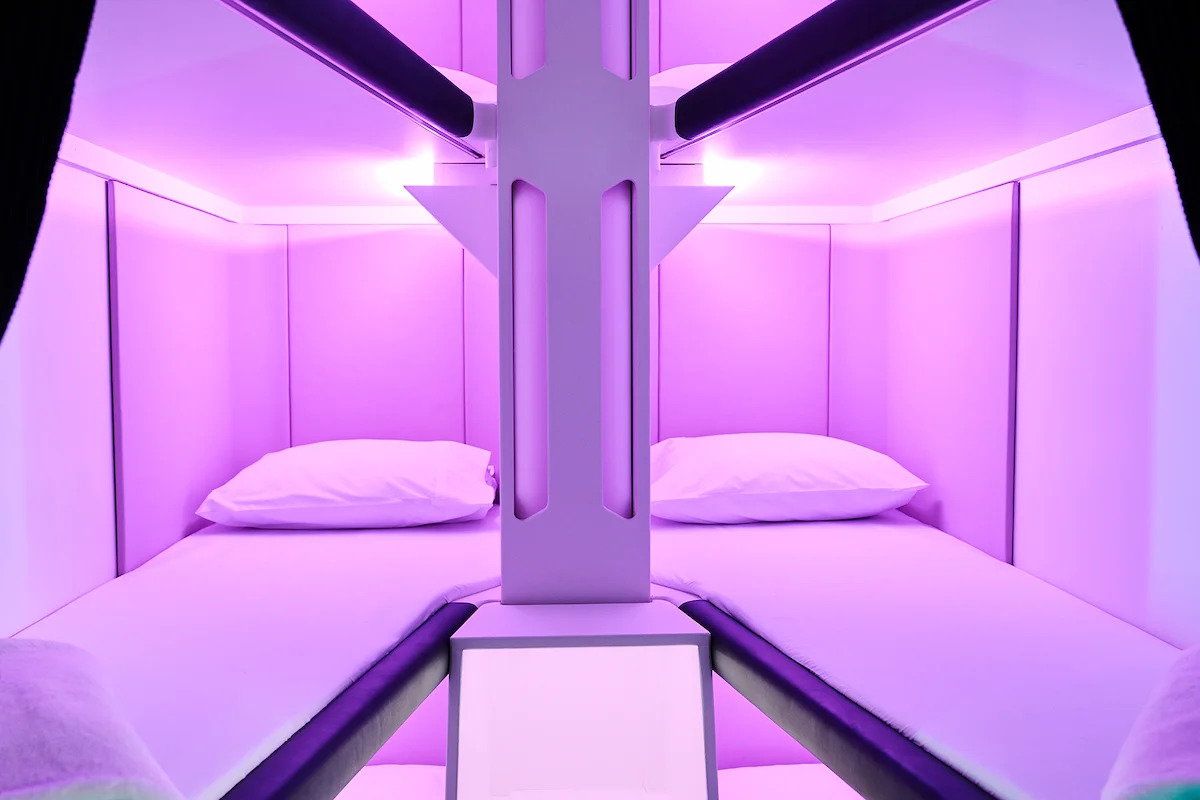 The Skynest pods feature two sets of three bunk beds stacked in an outward-facing V formation, with curtains you can close for privacy. Measuring 80 inches by 23 inches, they’re long enough for most people to lie completely flat. They come with bedding, including pillows, sheets, and blankets, and each pod includes its own USBV outlet, reading light, and storage pocket. They’ll be installed at the very front of the rear economy cabin in Air New Zealand’s new Boeing 787-9s, which will service the airline’s long-haul routes to cities like New York and Chicago. 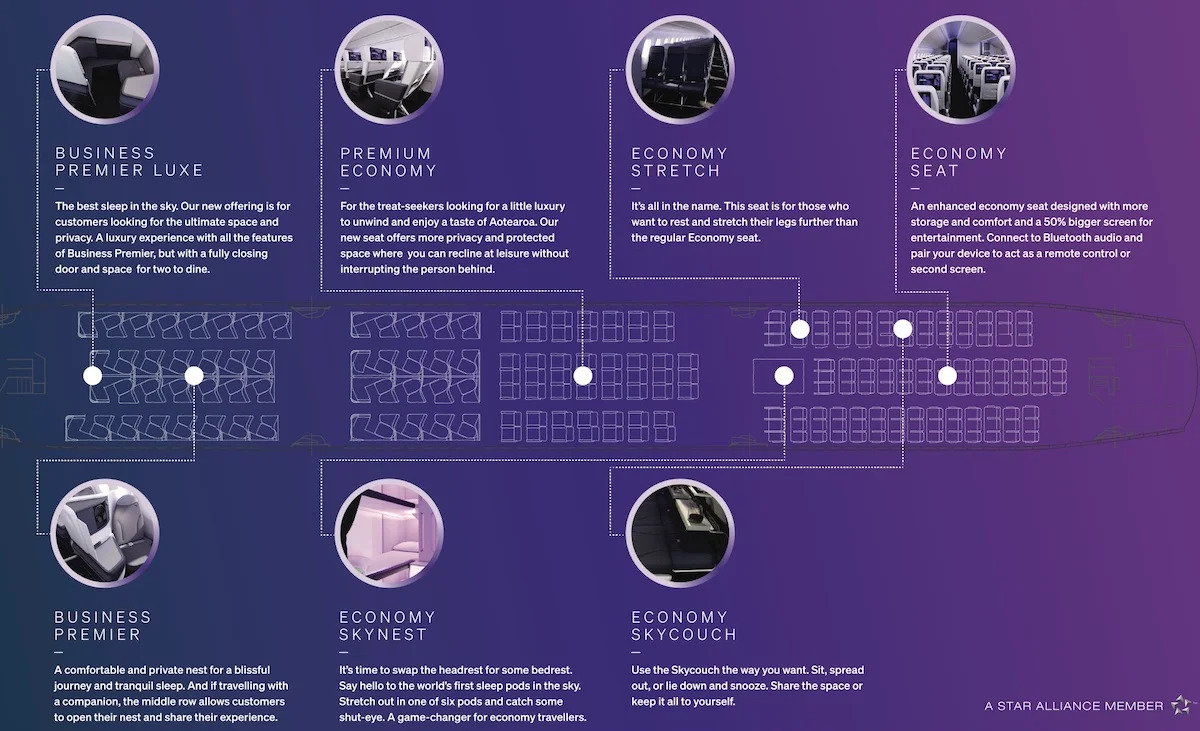 Because they can’t be occupied during takeoff and landing, the bunks can’t be booked for the entire flight. Instead, they’re available in four-hour windows, with the bedding changed in between each passenger. Passengers traveling on economy, premium economy, or economy stretch (seats with extra legroom) tickets can add their nap break onto their total much like they would extra baggage. The airline hasn’t yet revealed how much this feature will cost.

“New Zealand’s location puts us in a unique position to lead on the ultra-longhaul travel experience,” says Air New Zealand CEO Greg Foran. “We have zeroed in on sleep, comfort, and wellness because we know how important it is for our customers to arrive well-rested. Whether they are heading straight into a meeting, or to their first holiday hotspot — they want to hit the ground running. It’s a proud moment to finally unveil five years of hard mahi, in what truly is a cabin of possibility. One that will provide customers with options to get some shut eye wherever they’re sitting.” 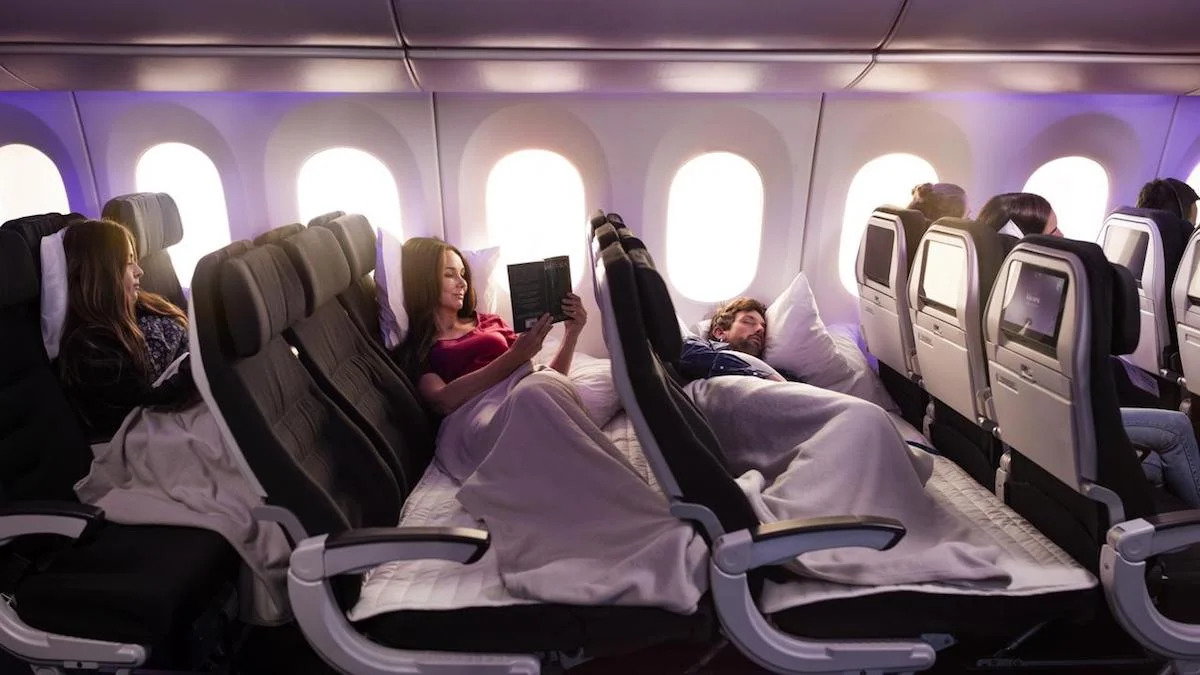 The Skynest isn’t Air New Zealand’s only economy-class innovation. The is a row of seats you can change into a couch after takeoff, either by booking three seats in a row just for yourself, sharing with a partner, or cuddling your kids. The seats are the same as the rest in Economy, except you have a special footrest on each seat that you can lift halfway up to lounge or all the way up to create one big couch. It’s private,t oo, so you won’t end up sharing your Skycouch with a stranger. 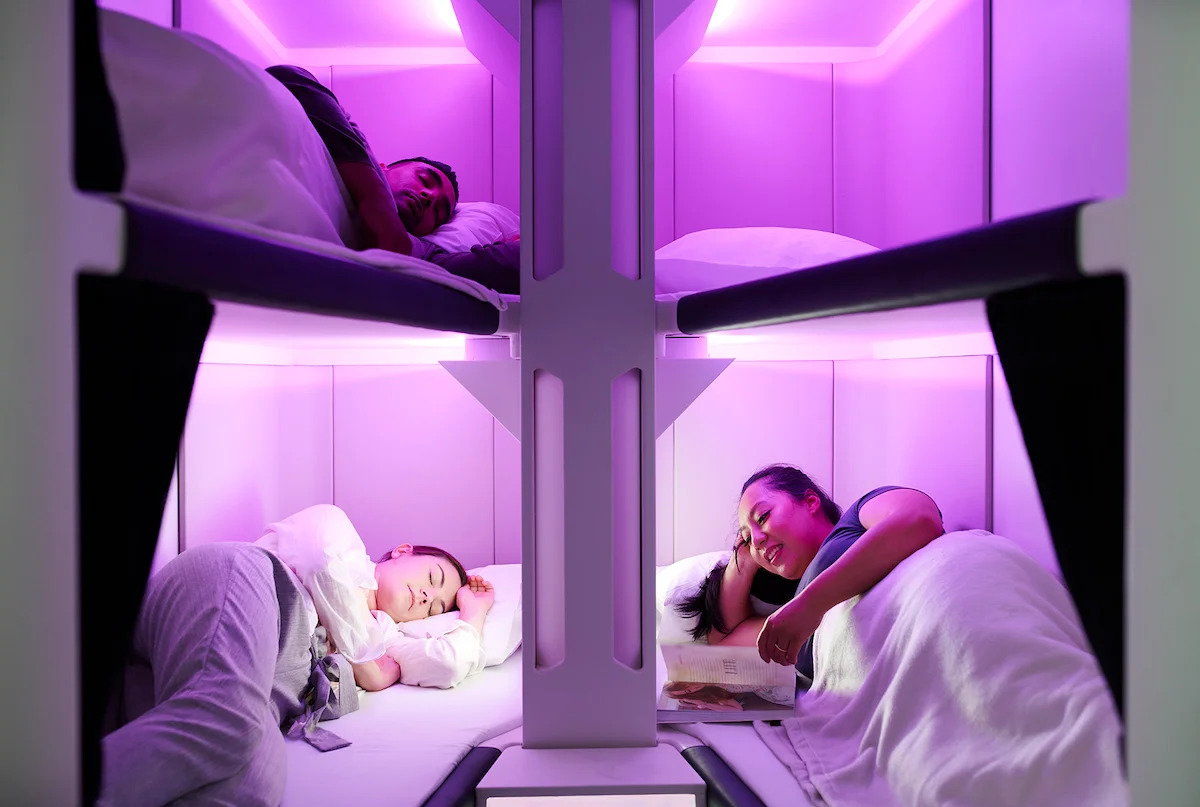 Will big American airline companies like Delta, American Airlines, or United follow suit? It seems unlikely, but so did the prospect of this Skynest pod design ever actually becoming real. It was first unveiled in 2020 just before the started and seemed destined to remain a concept, especially as travel slowed to a crawl. Perhaps other airlines will find a way to make the numbers work in order to include similar features.