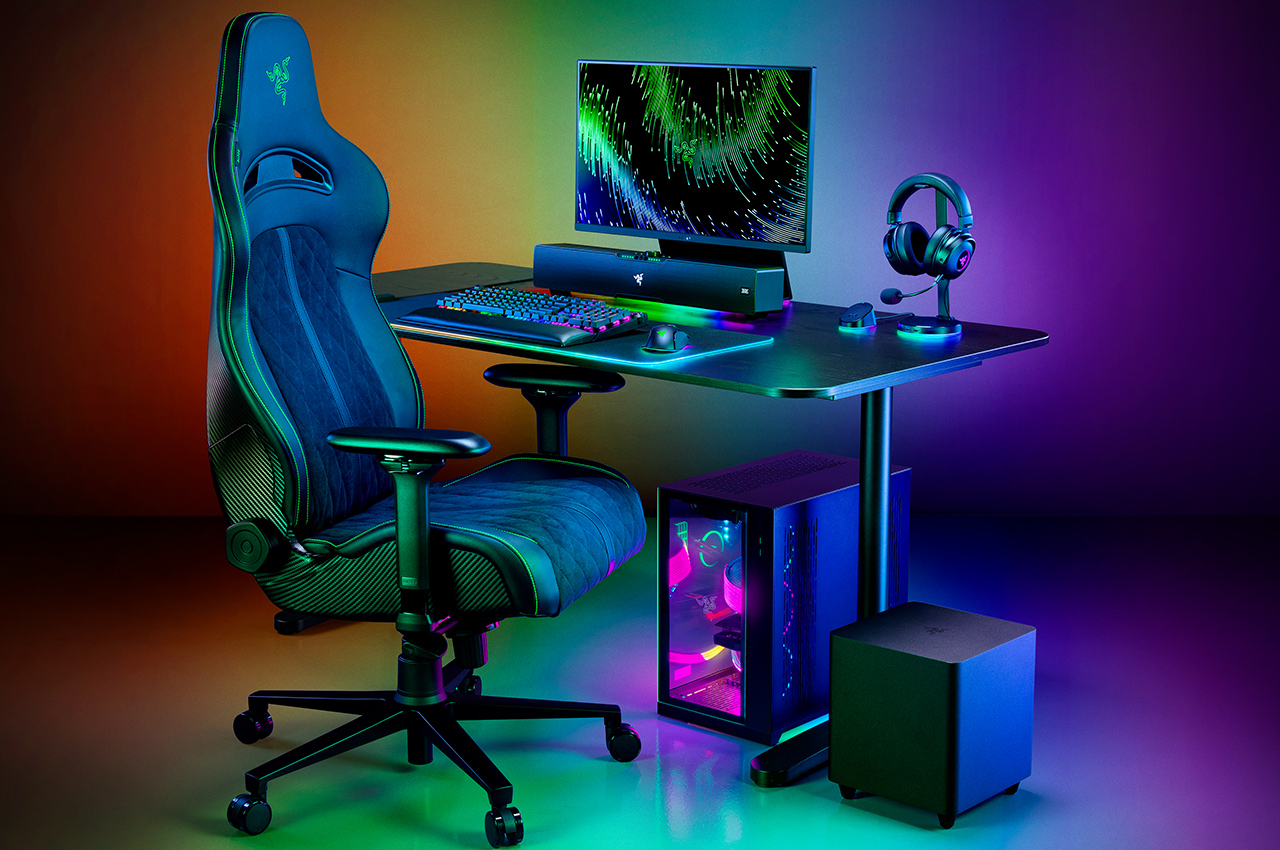 Just like every year, is stealing the limelight at CES 2023 with its gaming-centric gear and peripherals. They’ve revealed gaming laptops, PC soundbar, cloud gaming handhelds, advanced webcams and a geeky headrest. Let’s have a look at what caught our attention from the Razer camp. 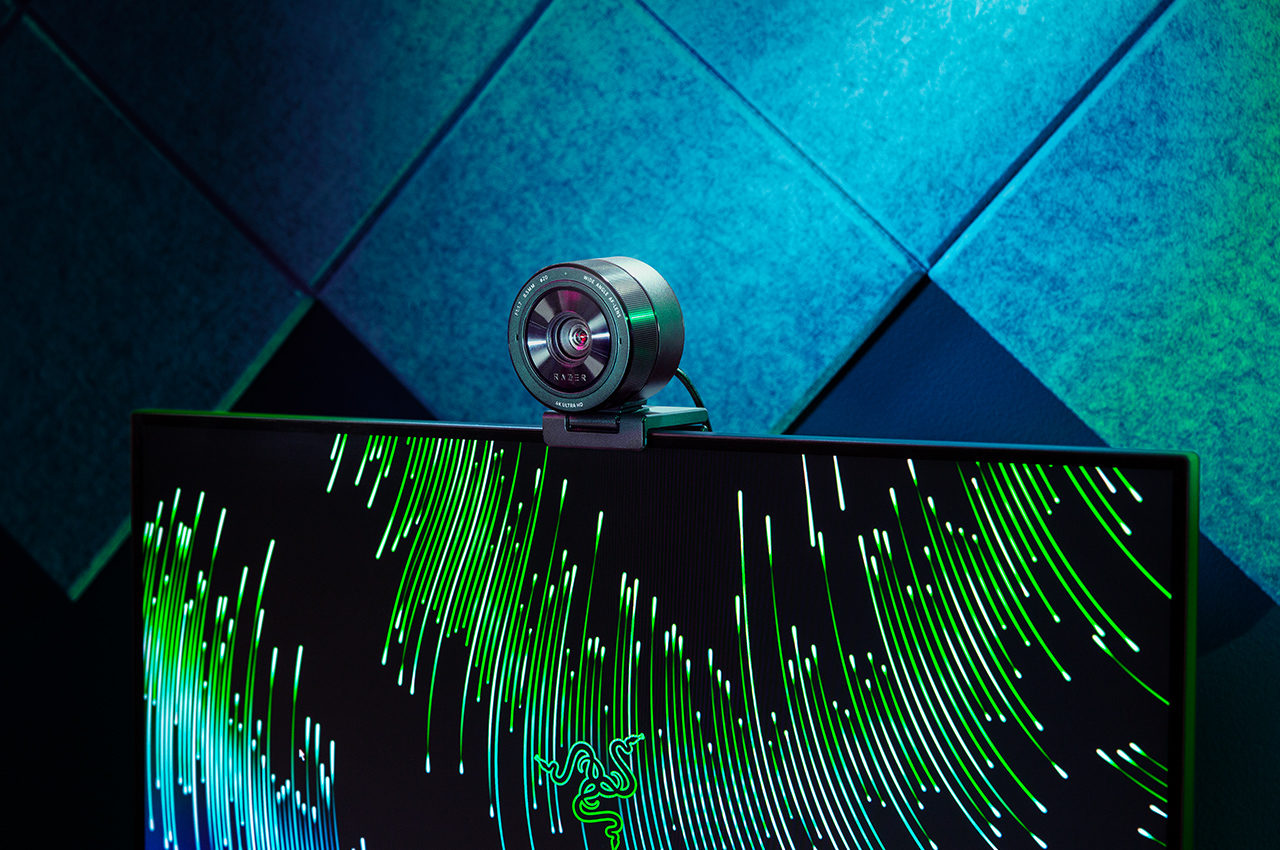 This has the biggest camera sensor (as per Razer) ever, the Sony 1/1.2″ STARVIS 2 sensor with (2.9 μm pixel size) to offer DSLR comparable detail. The accessory has an f/1.7 aperture lens for superior low-light performance, and streamers with a low-light setup will want to own it. Razer claims that the webcam is capable of capturing four times more light than other options on the market. 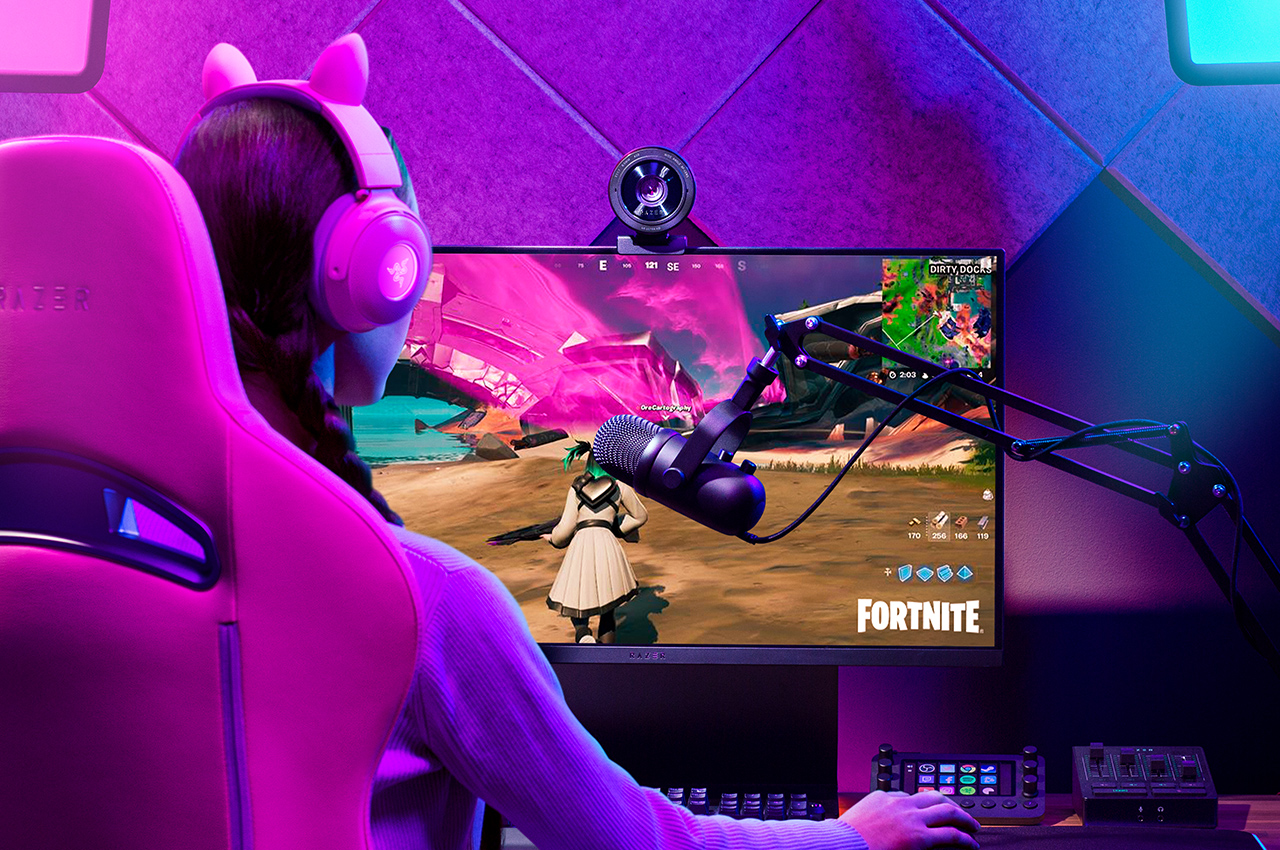 In-built features on the Kiyo Pro Ultra include AI-powered face tracking, autofocus and background blur. It supports HDR at 30FPS and the inbuilt processor can directly convert 4k 30fps footage to uncompressed 4K 24fps, 1440p 30fps or 1080p 60fps. The peripheral connects to your setup via USB 3.0 port. It is the predecessor to the Kiyo Pro that was launched a couple of years ago, so yes, this one is a worthy upgrade at $300. 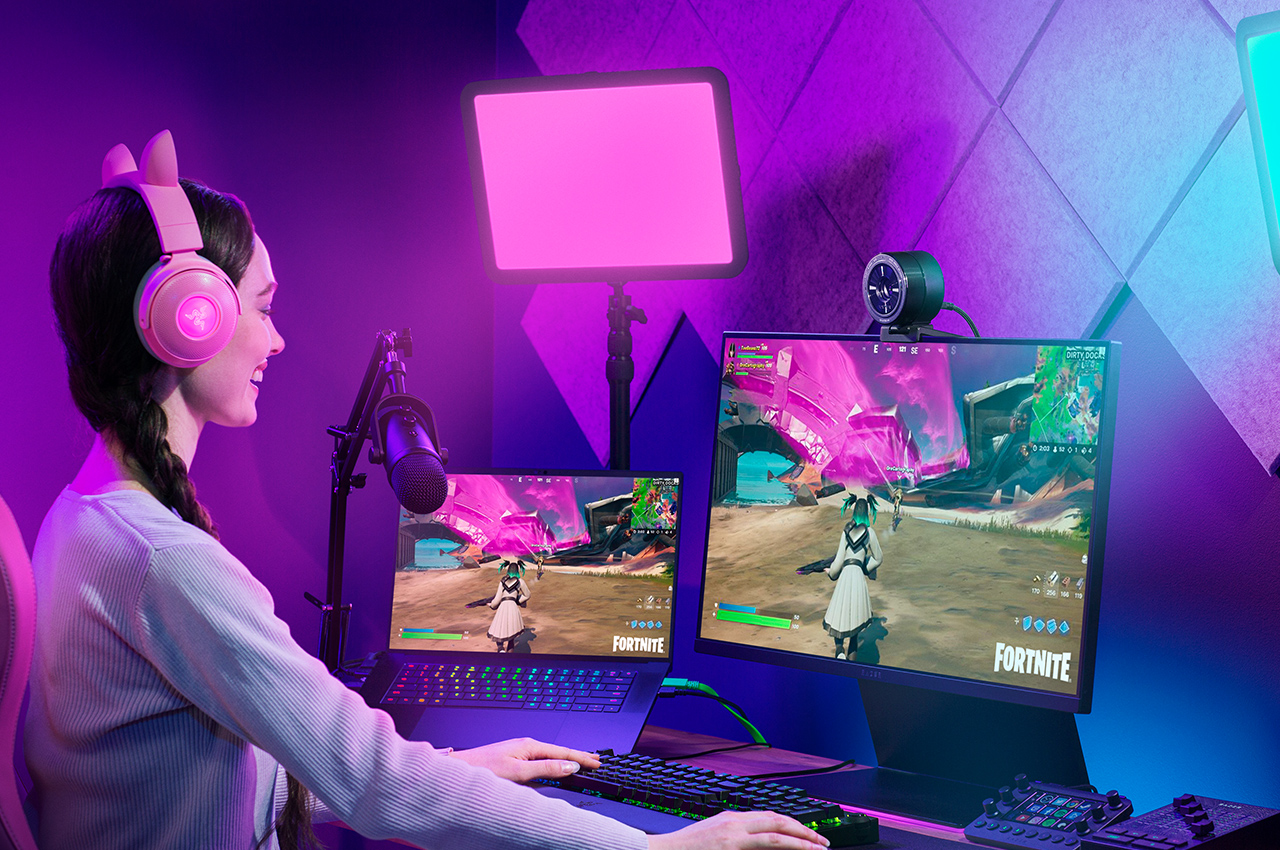 Again Razer etches the “world’s first” tag onto this accessory for gamers and streamers. The beamforming is a unique offering with head-tracking AI that always keeps listener in the sweet spot no matter how much you move around. This fancy feature is achieved via the IR camera that monitors the position and beams the audio accordingly. 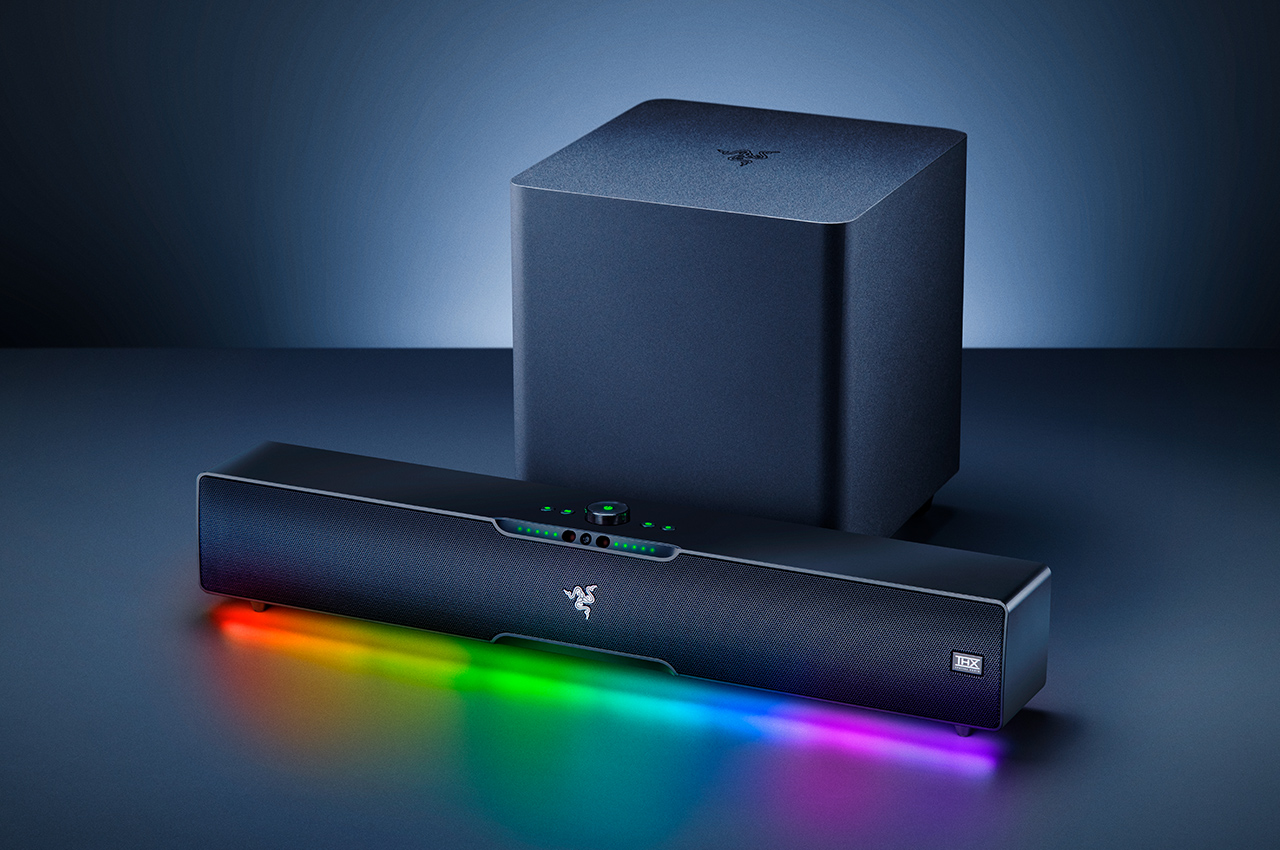 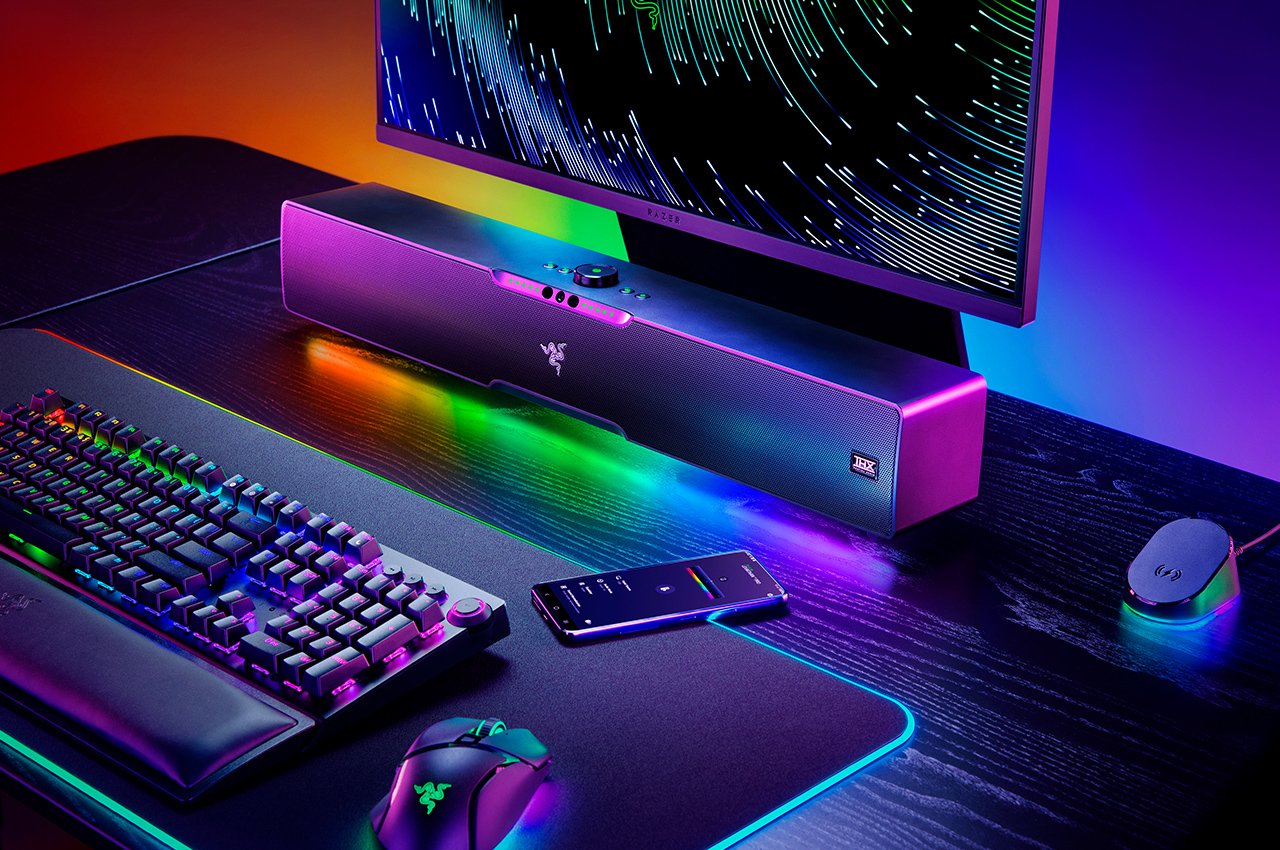 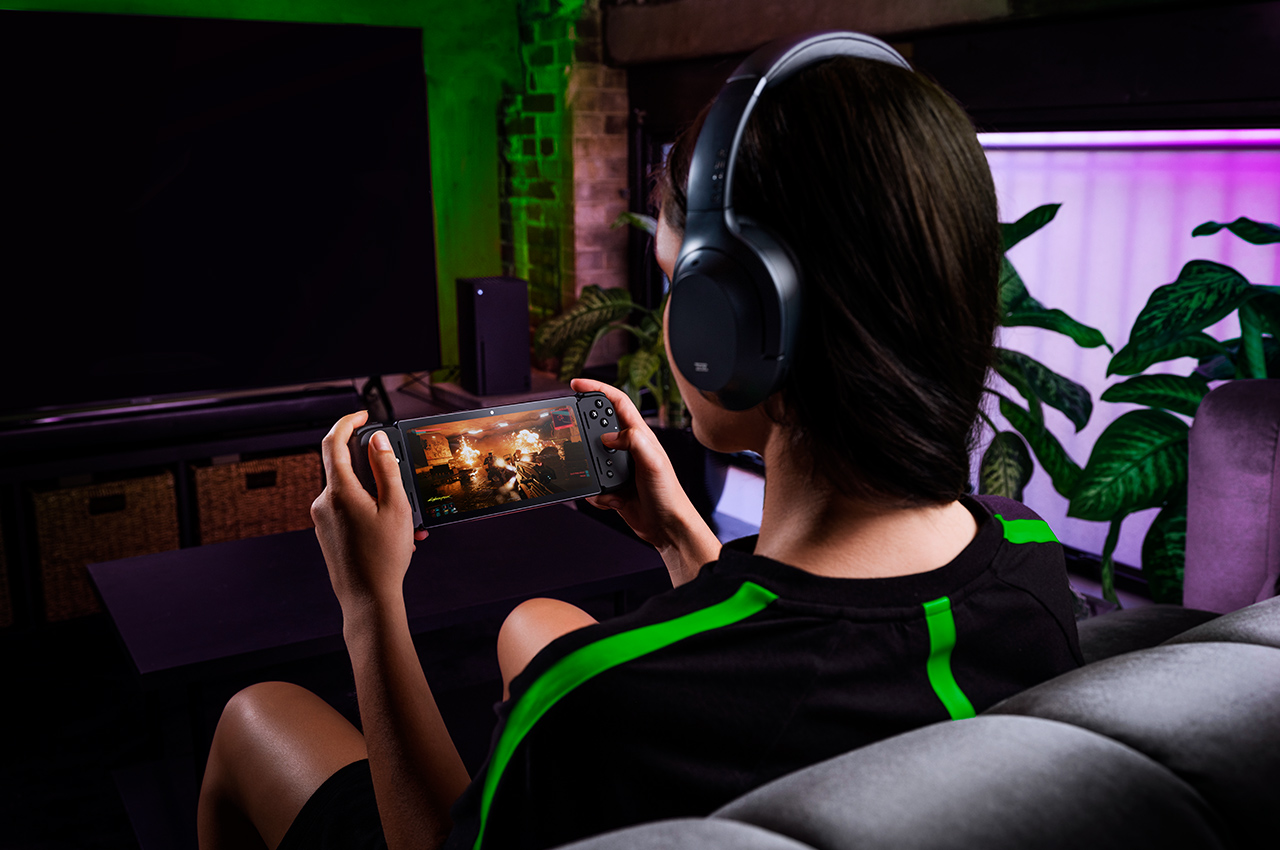 Gaming handhelds are here to stay and Razer Edge cloud gaming system wants to cash-in on the trend. The compact Android-powered handheld console is powered by the Snapdragon G3x Gen 1 Gaming Platform (with an active-cooling system) mated to 8GB RAM and 128GB storage. The device gets a 6.8-inch AMOLED display with 2400 x 1080 resolution (144Hz refresh rate) and HyperSense haptic feedback for immersive on the go. 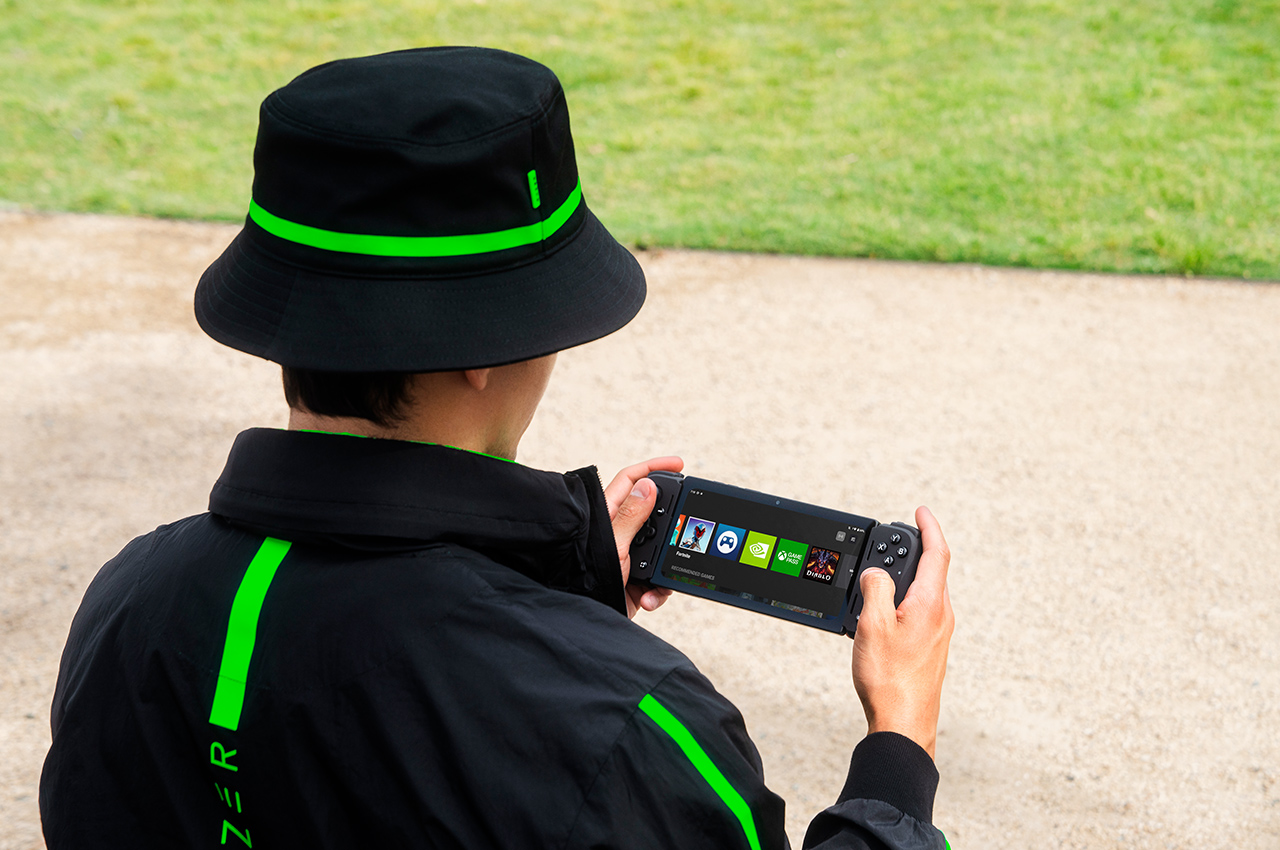 Razer Edge has a couple of digital mics, a 3.5mm headphone jack and stereo speakers loaded with Verizon Adaptive Sound. The gadget comes in two variants, a Wi-Fi-only version for $400 and a 5G model that’ll be Verizon Wireless exclusive for $600 – both up for grabs from 26 January 2023. Just so that nerds don’t complain, the handheld has Wi-Fi 6E, Bluetooth 5.2 and Verizon 5G Ultra Wideband support for the respective variants. 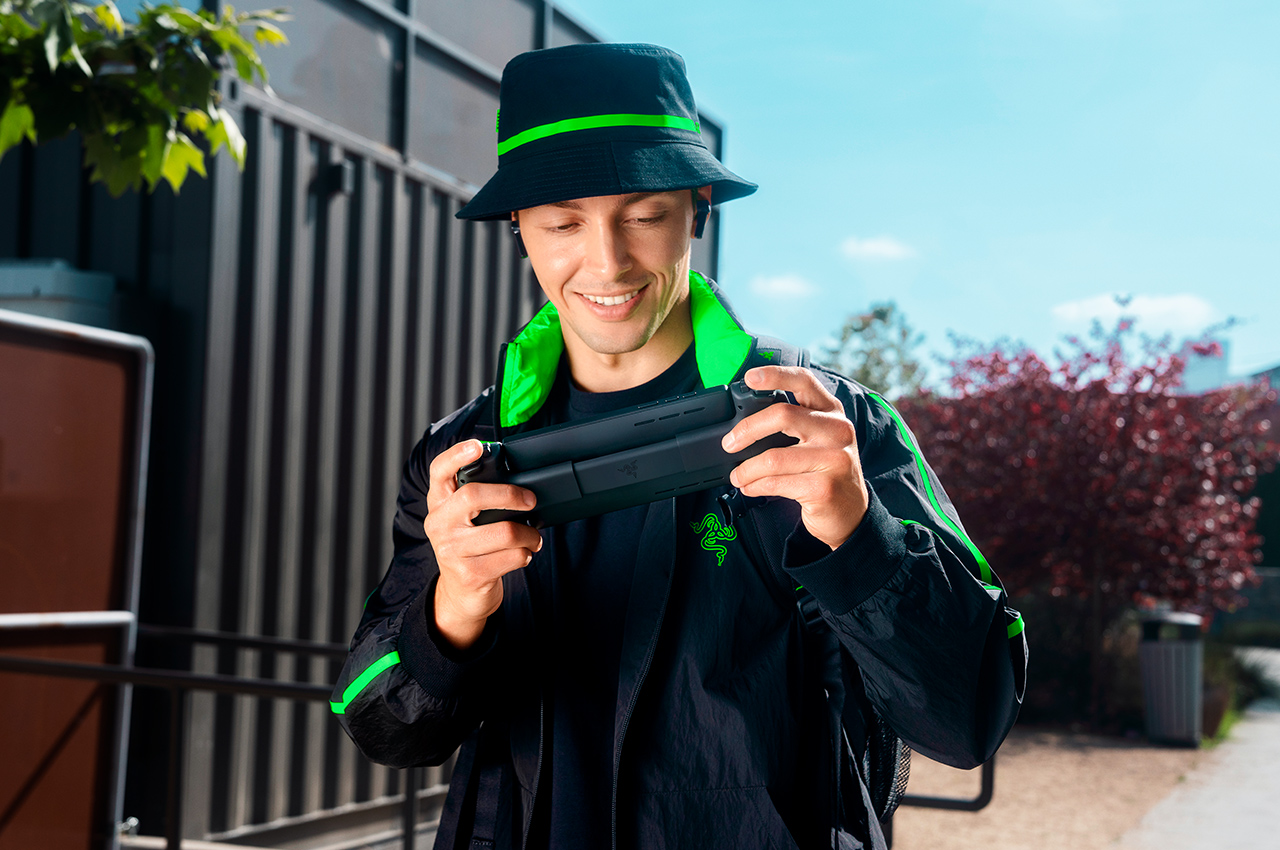 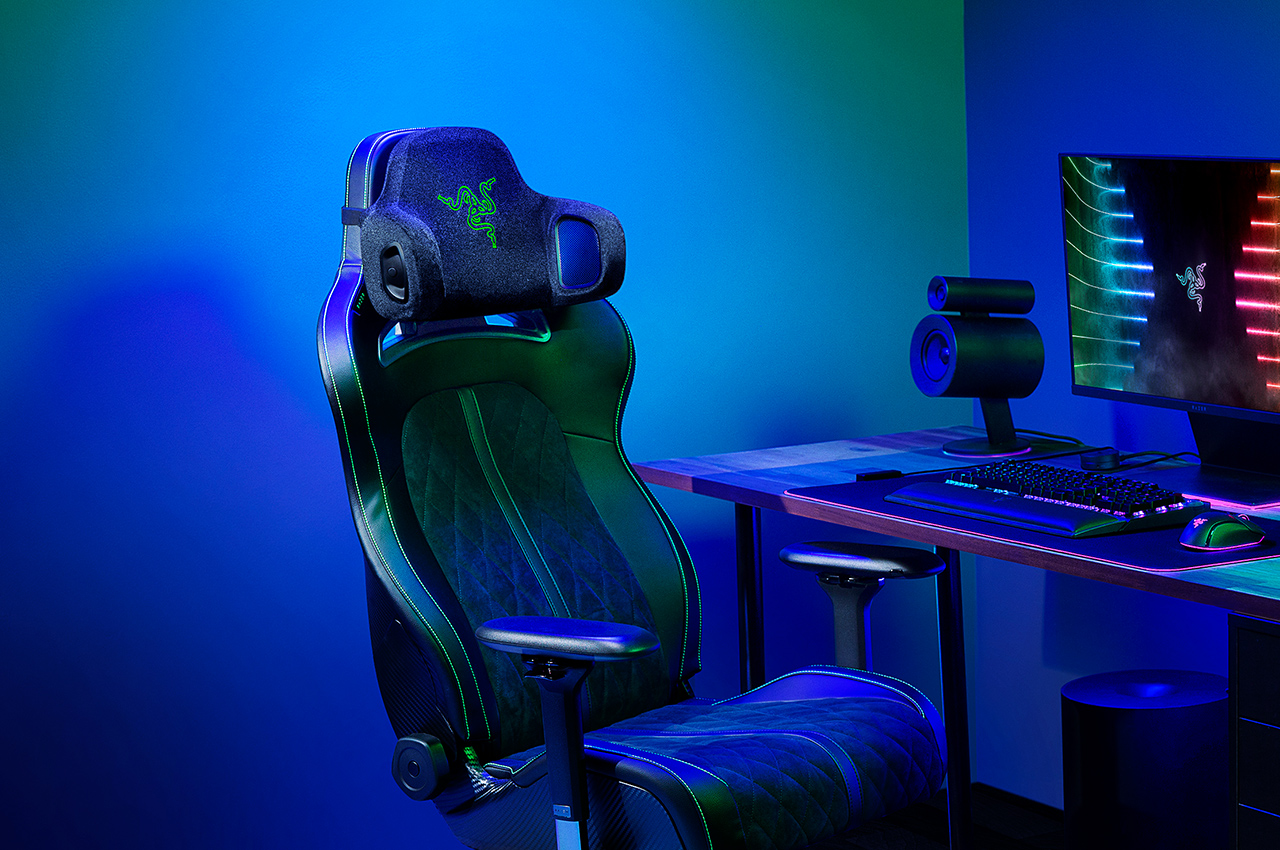 The most interesting accessory from the lot is this geeky head cushion designed specifically to elevate in-game immersion. Currently in the concept stage, Project Carol brings audio and tactile response right to your gaming chair with near-field surround sound and haptics. 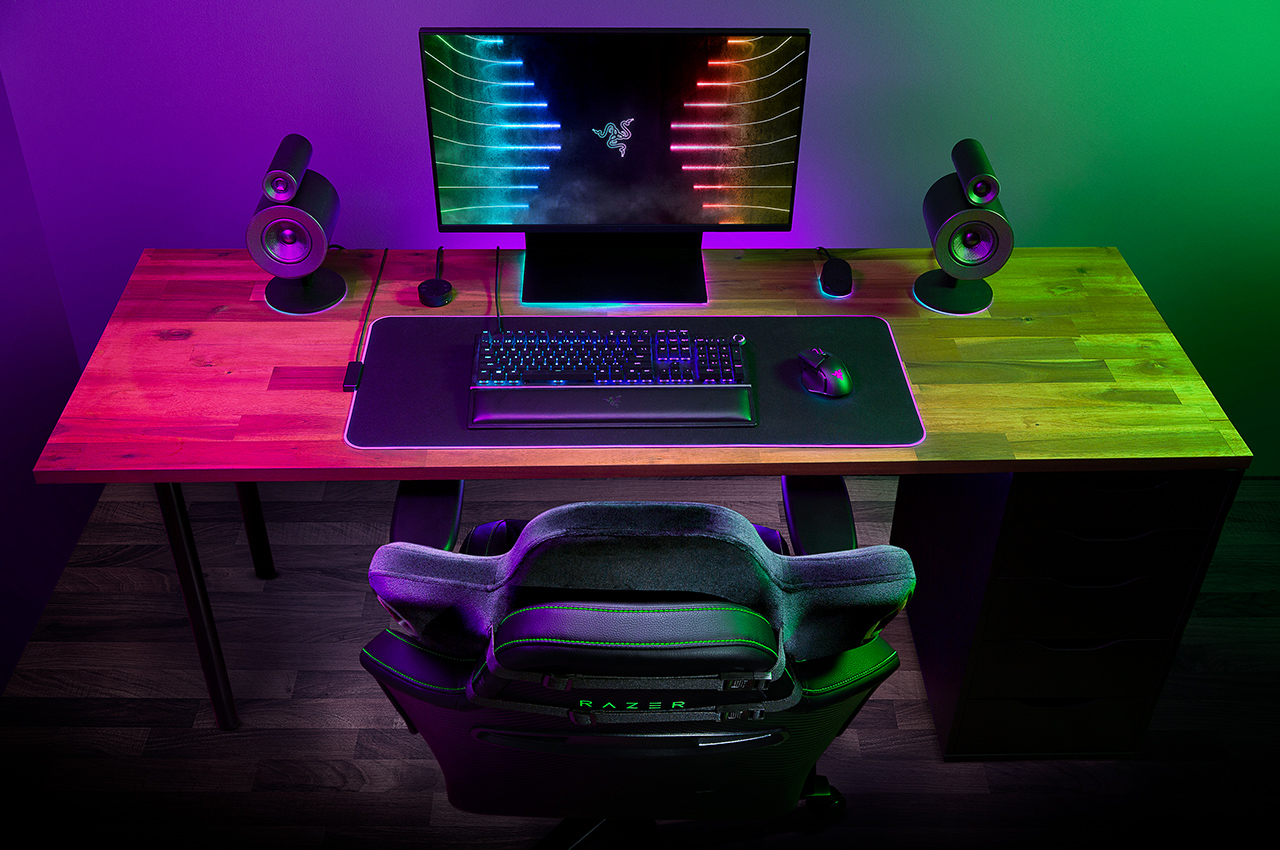 The audio beaming from this unique accessory comes courtesy the HyperSense technology, delivering 7.1 surround sound made possible by intelligent near-field surround sound tech. This will come really handy while playing FPS games where you need to be spot-on with the sound source. The accessory can be paired with your mobile device or PC via the 2.4 GHz wireless connection. Razer estimates a battery life of about 8 hours before a recharge, and it fits any gaming chair out there just for the records. 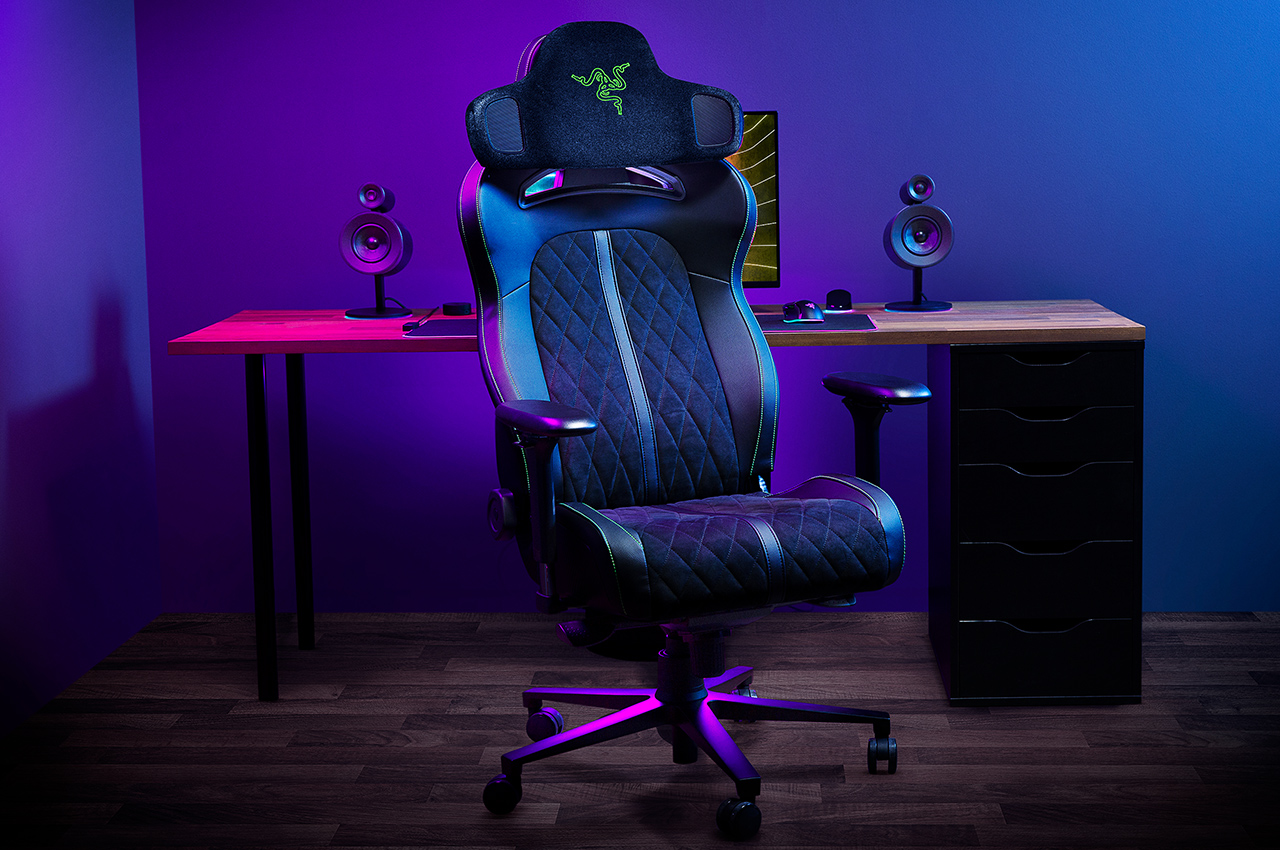