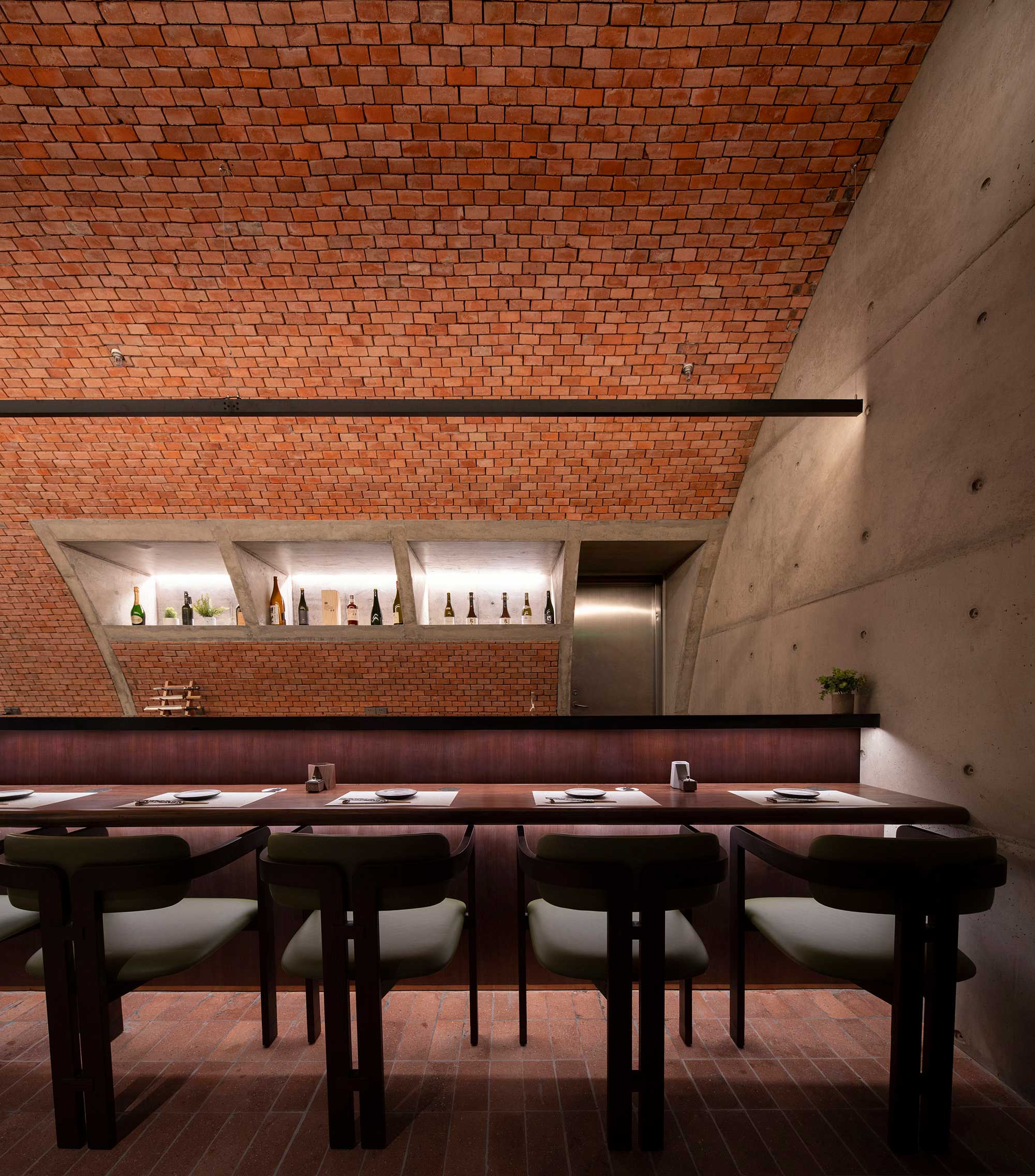 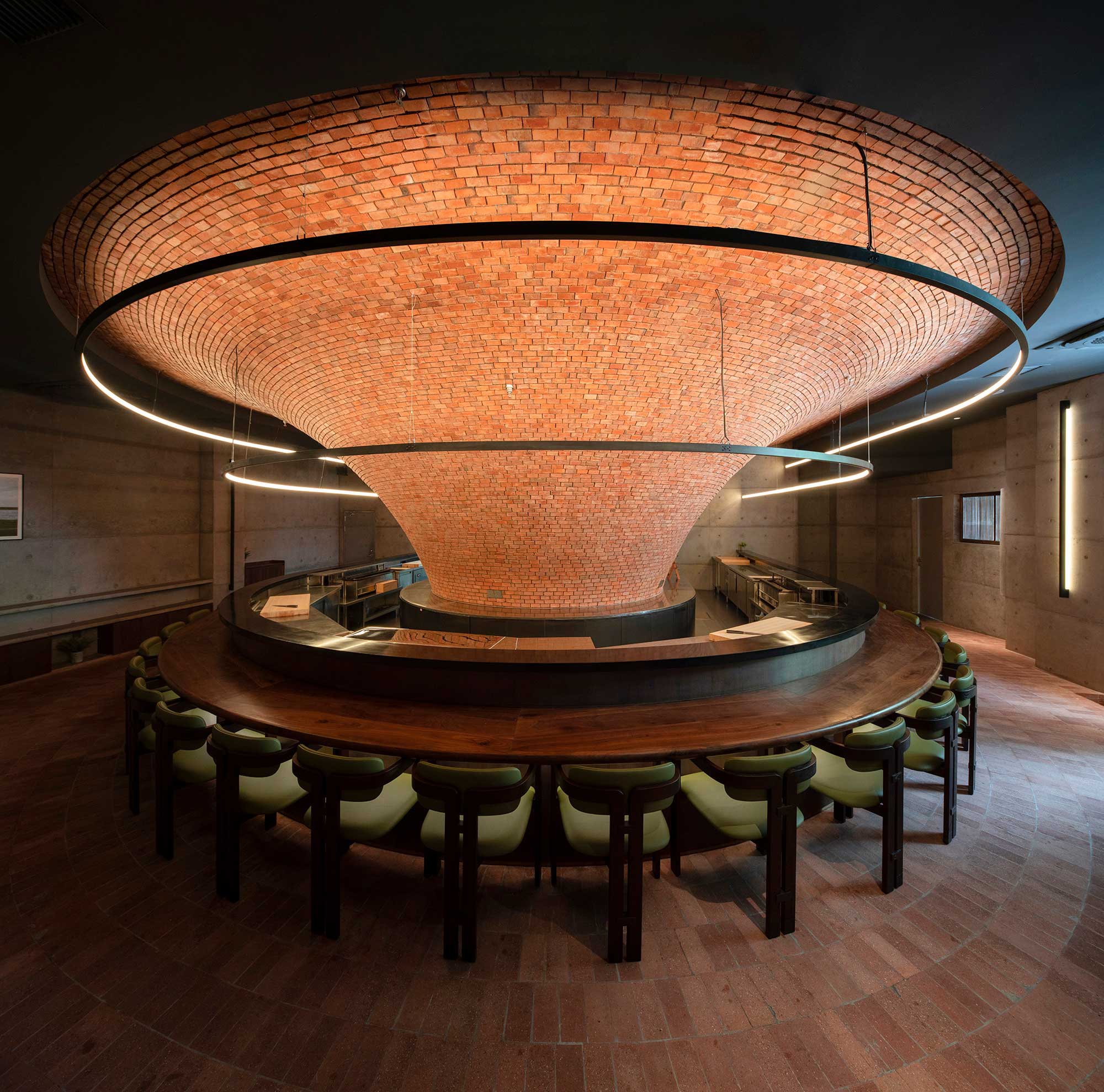 During festivals, or just on regular weekday evenings, the main streets of Japan buzz with small carts and stalls known as yatai. These yatai are where people flock to get their hands on yakitori, a Japanese style of skewered chicken. There’s something magical about the experience. Standing roadside, skewer in hand, unperturbed by the cars that swish past or the busy passersby.

Over time, yakitori stalls evolved into yakitori restaurants, but what remained unchanged was their knocked-back, frill-free atmosphere. A crackling charcoal fire and a mug of beer were the only accompaniments it took to ‘ordain’ the experience. “Cooking and dining are usually intertwined,” say Cheuk Chun Yung and Huang Yuan, chief designers of bigER club design. “For example, in the Chongqing hot pot and the Northeastern iron pot stew, the dining table-slash-stove, and the pot itself take over some of the kitchen functions so that there is a social interaction between diners.” Cheuk and Huang would know. After all, their latest yakitori design in , —christened Biiird Yakitori—is deeply rooted in the yakitori tradition. 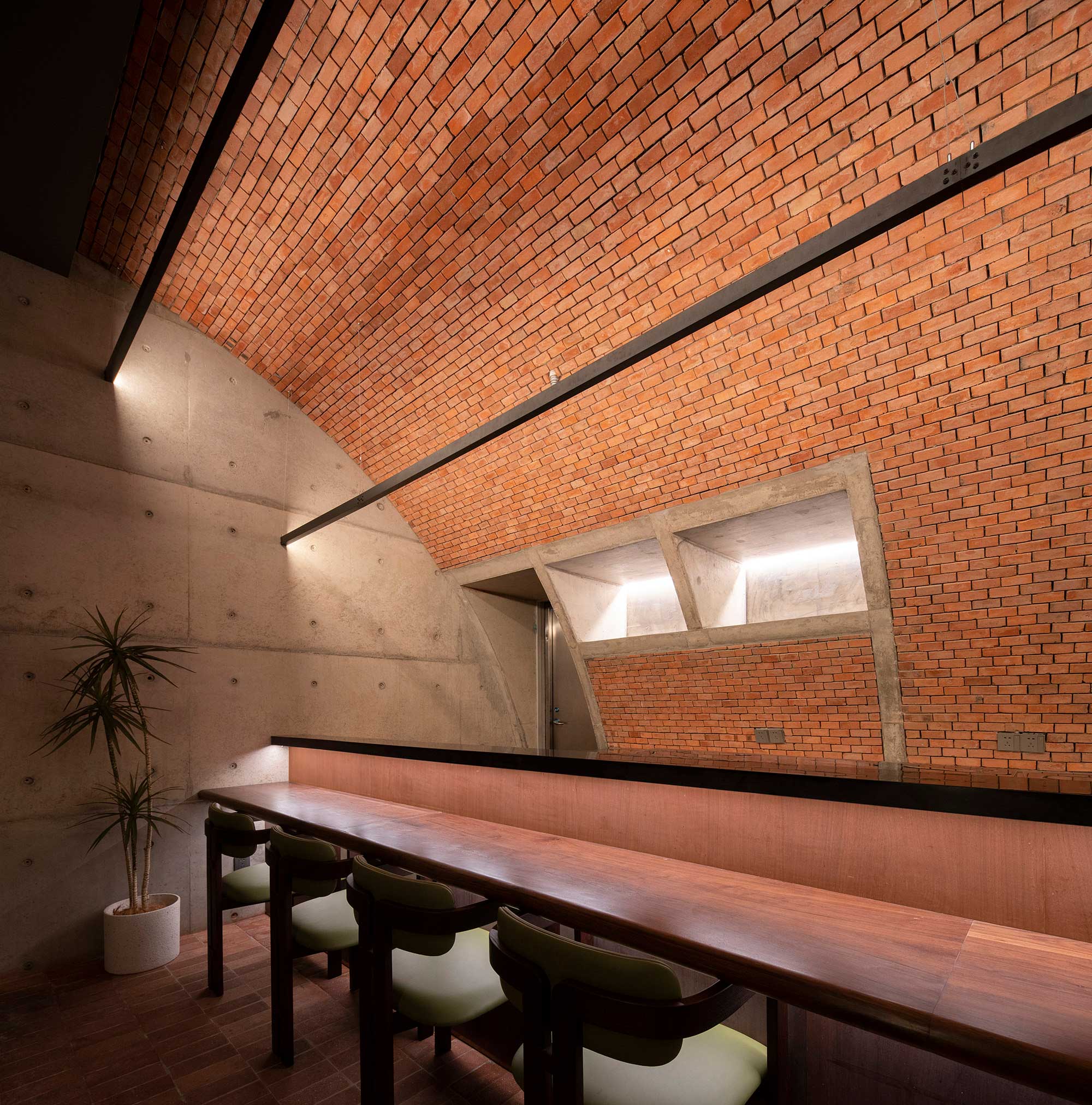 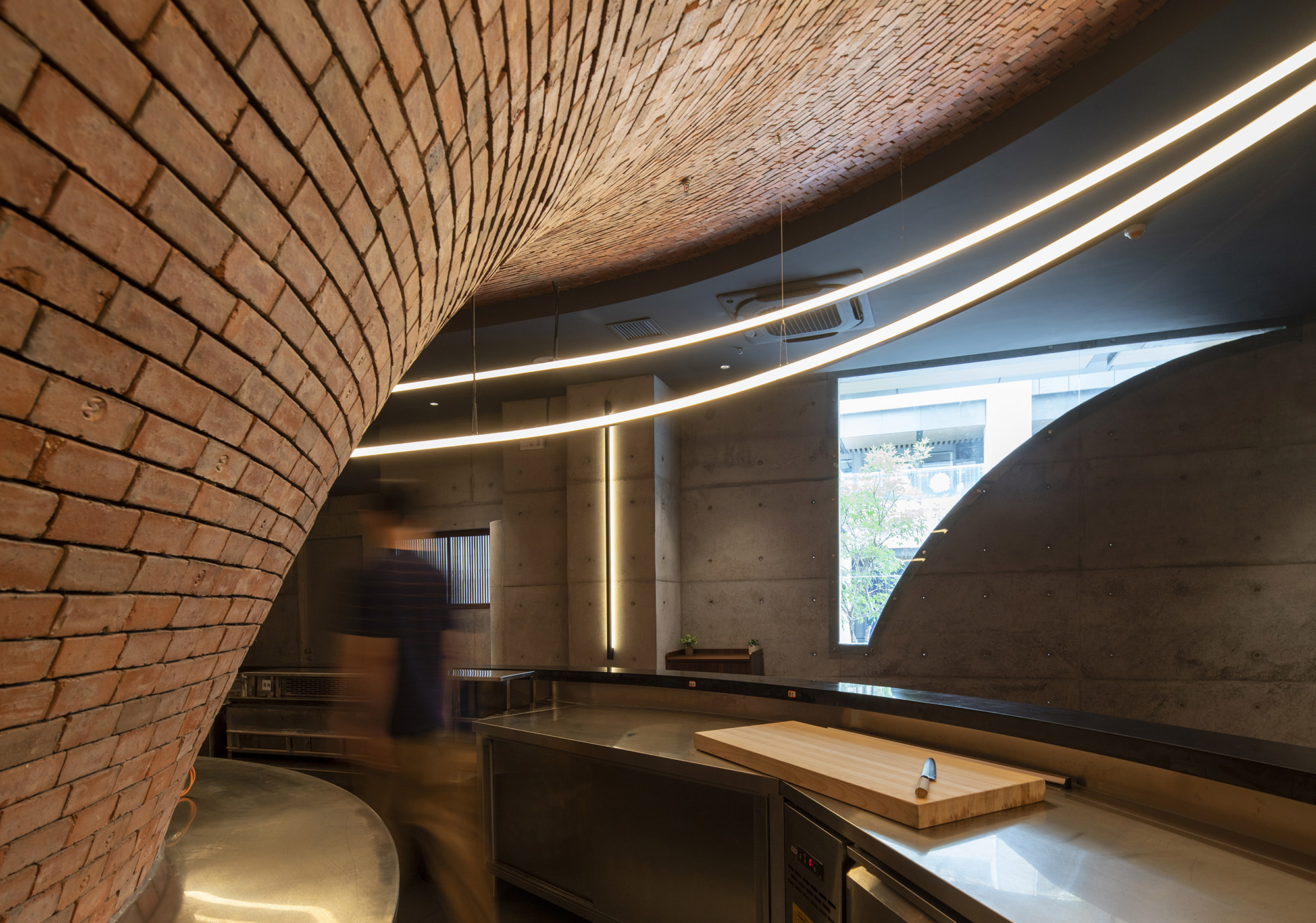 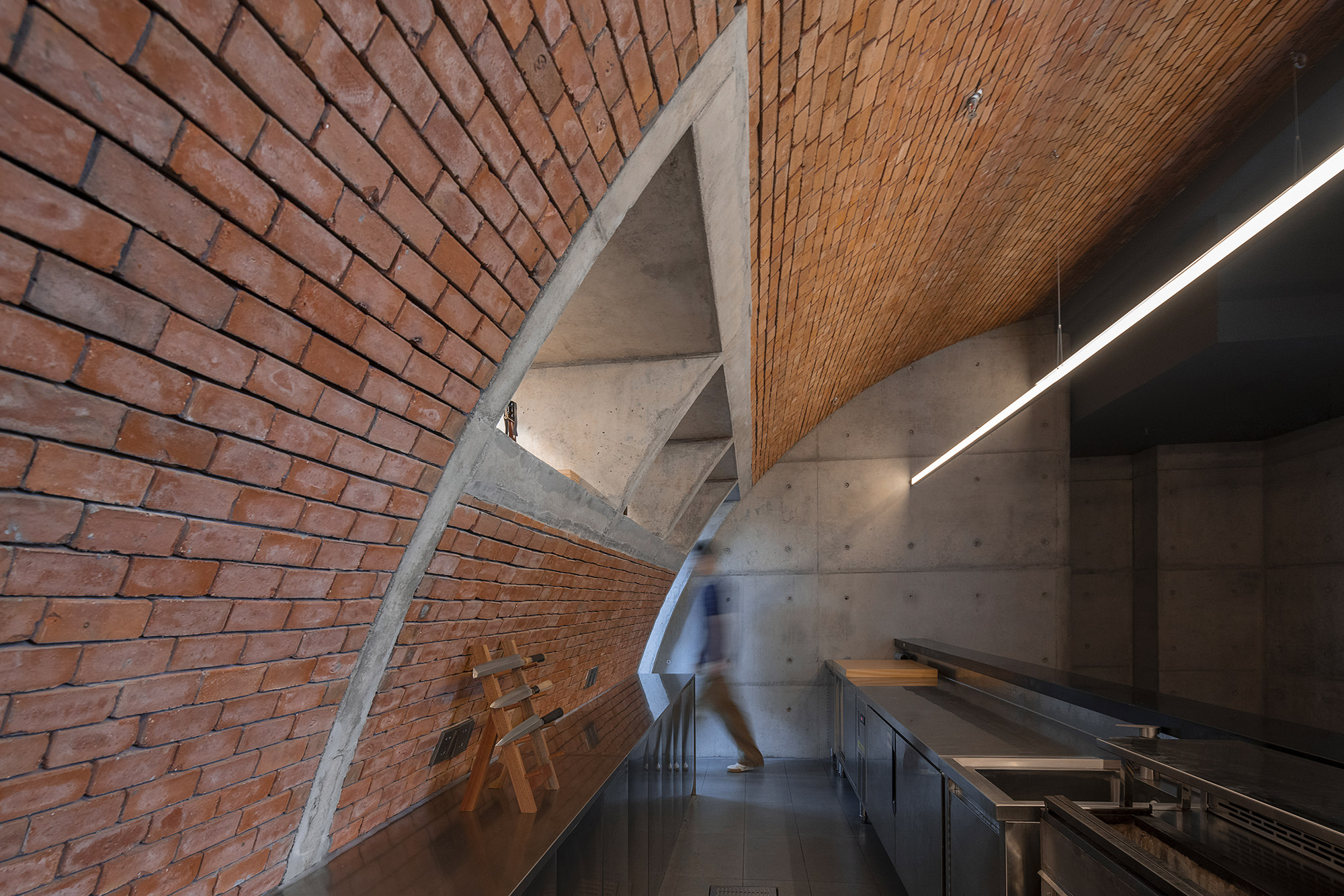 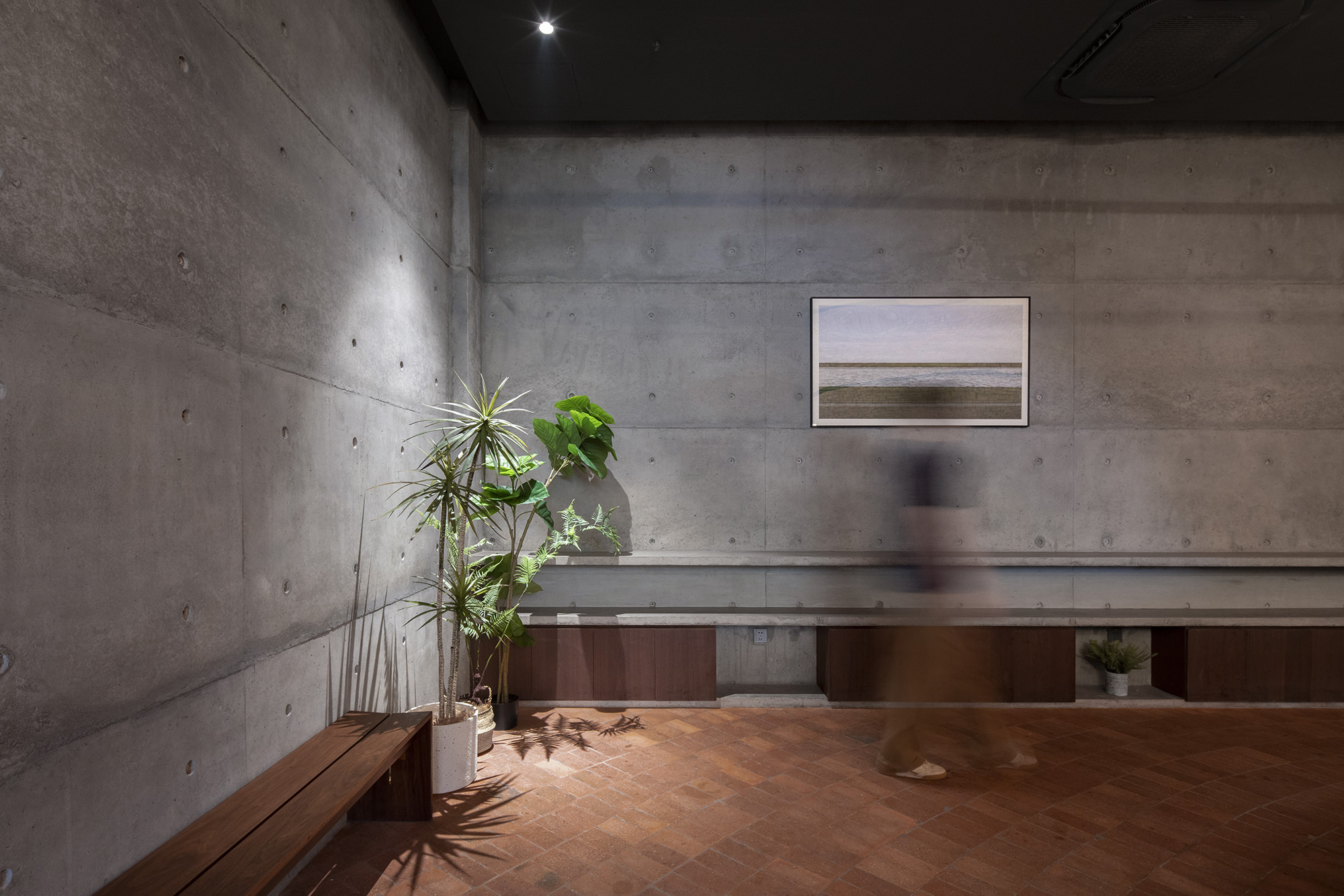 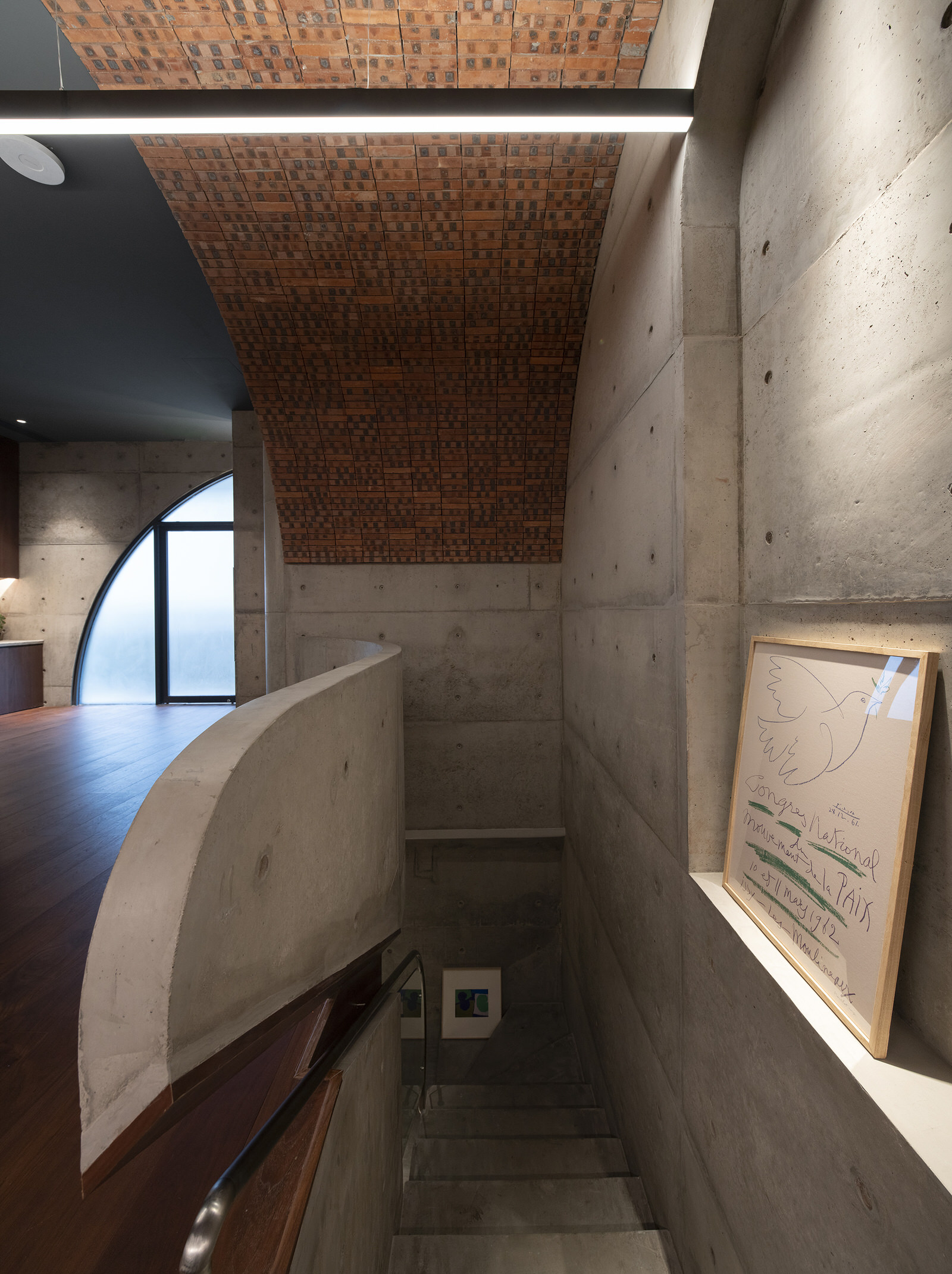 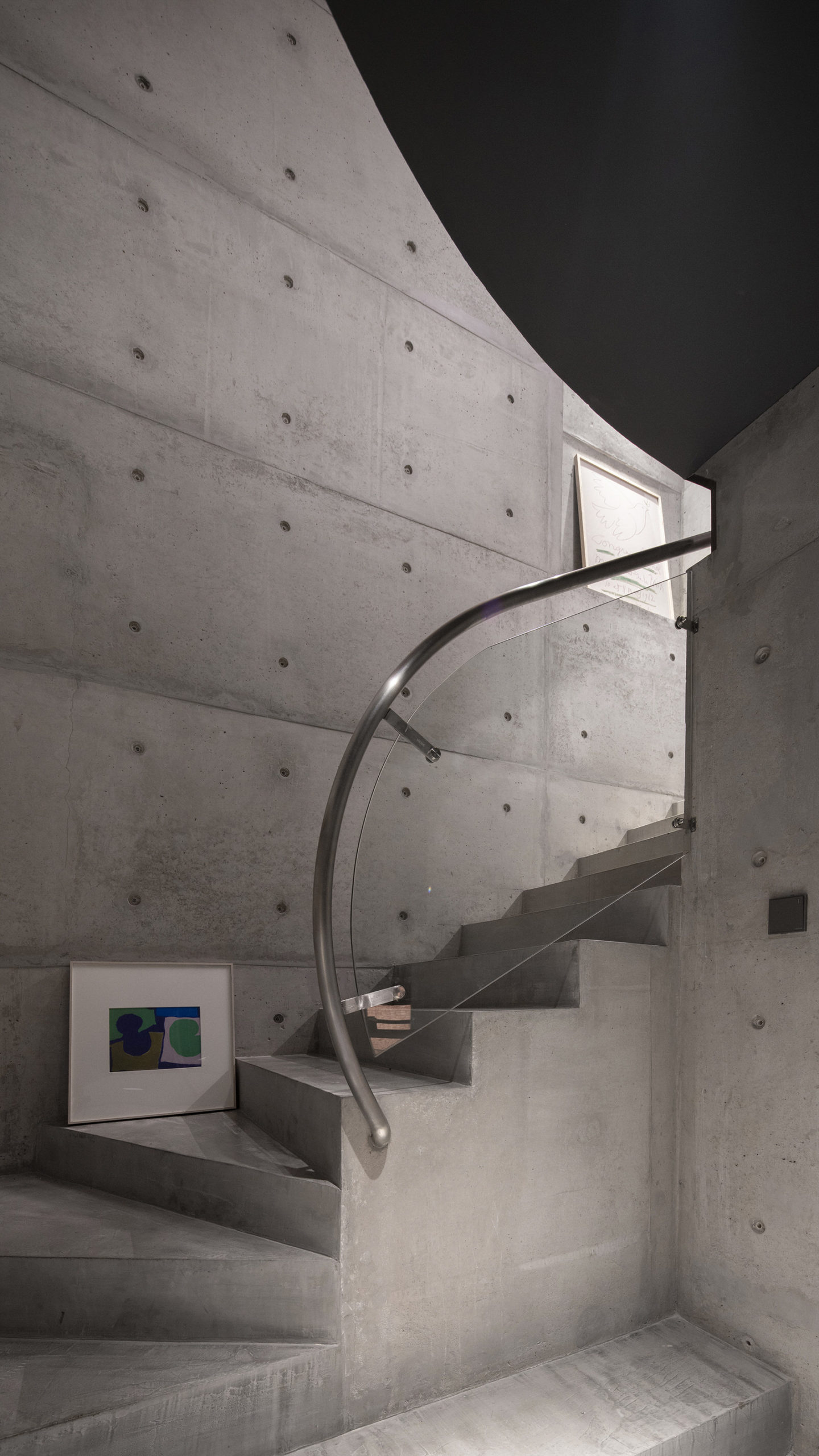 Located on the first floor of an urban complex, the design of the restaurant not only focuses on space and materials but also experiments with how yakitori as a form of dining can be used to create space. “The commercial area where the site is located has a unified glazed facade providing a consistent sense of permeability to the space,” say the designers, adding that the row of inappropriately proportioned ornamental columns and ill-arranged shop fronts in the atrium served as initial obstacles.

The solution, the pair found, lay in connecting two side-by-side shops. “We were expecting ample square footage, but instead, we discovered a column in the centre of the square space. As the only column on the site, it not only divided the space but also dramatically affected the overall flow,” they share. After analysing the site conditions and the functional requirements, the two decided to place the kitchen at the heart of the space, with the dining area wrapping around it. As a result, the columns were neatly tucked away inside the kitchen, cleverly hidden from plain sight while improving the efficiency between the kitchen and the dining area. The remaining smaller service spaces, such as the toilets, storage rooms and staff changing rooms, were then integrated into one multifunctional ‘core’. 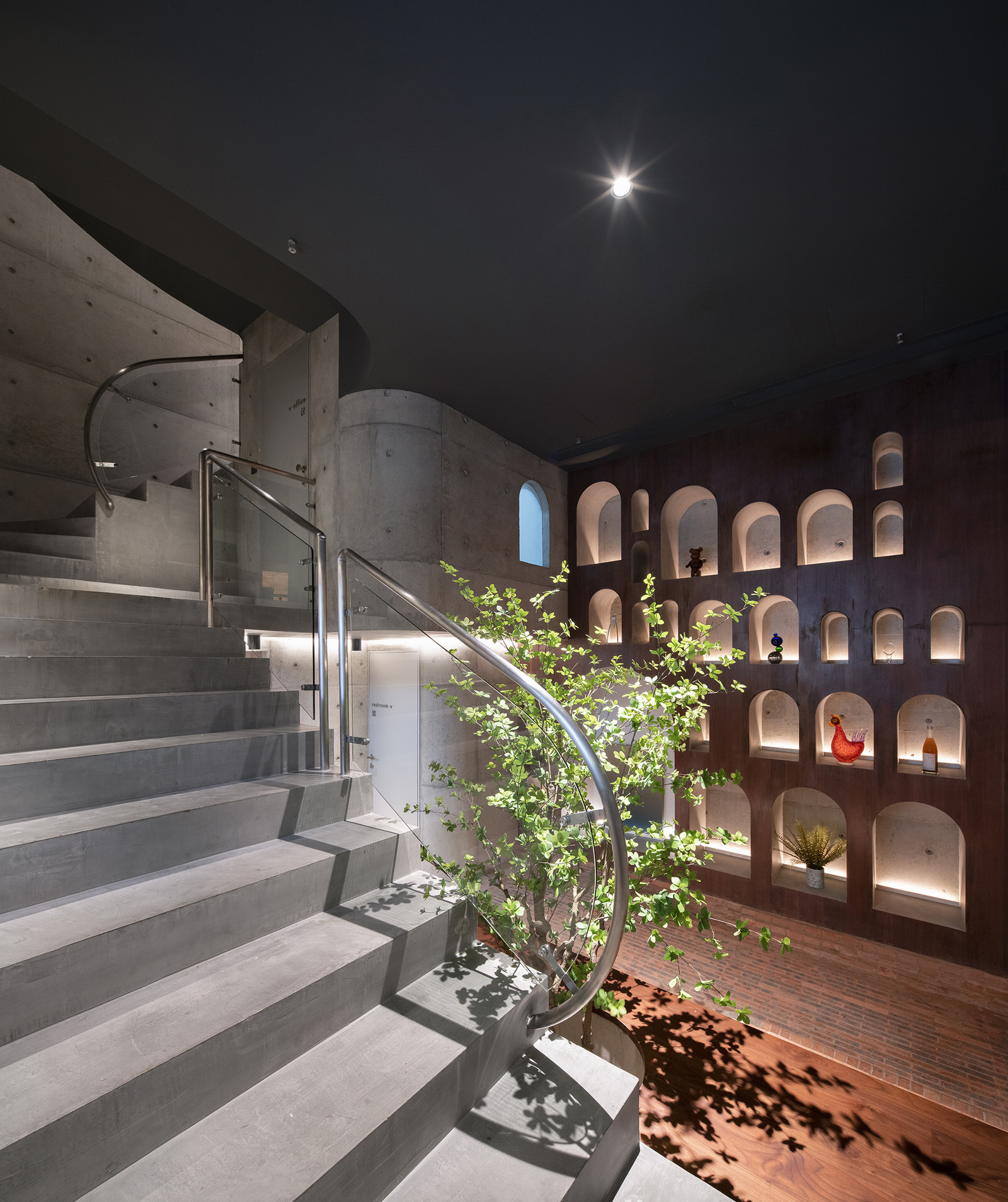 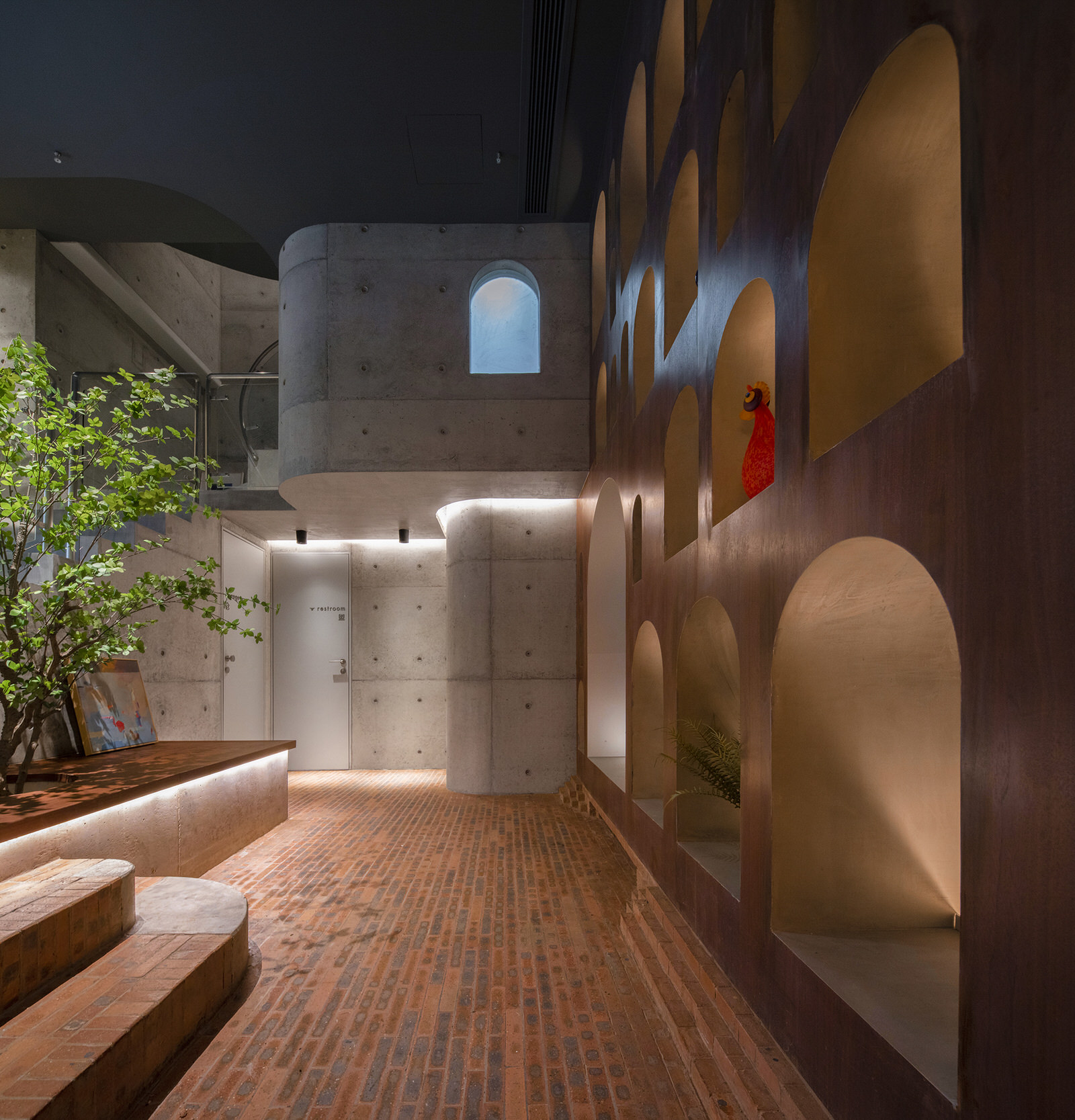 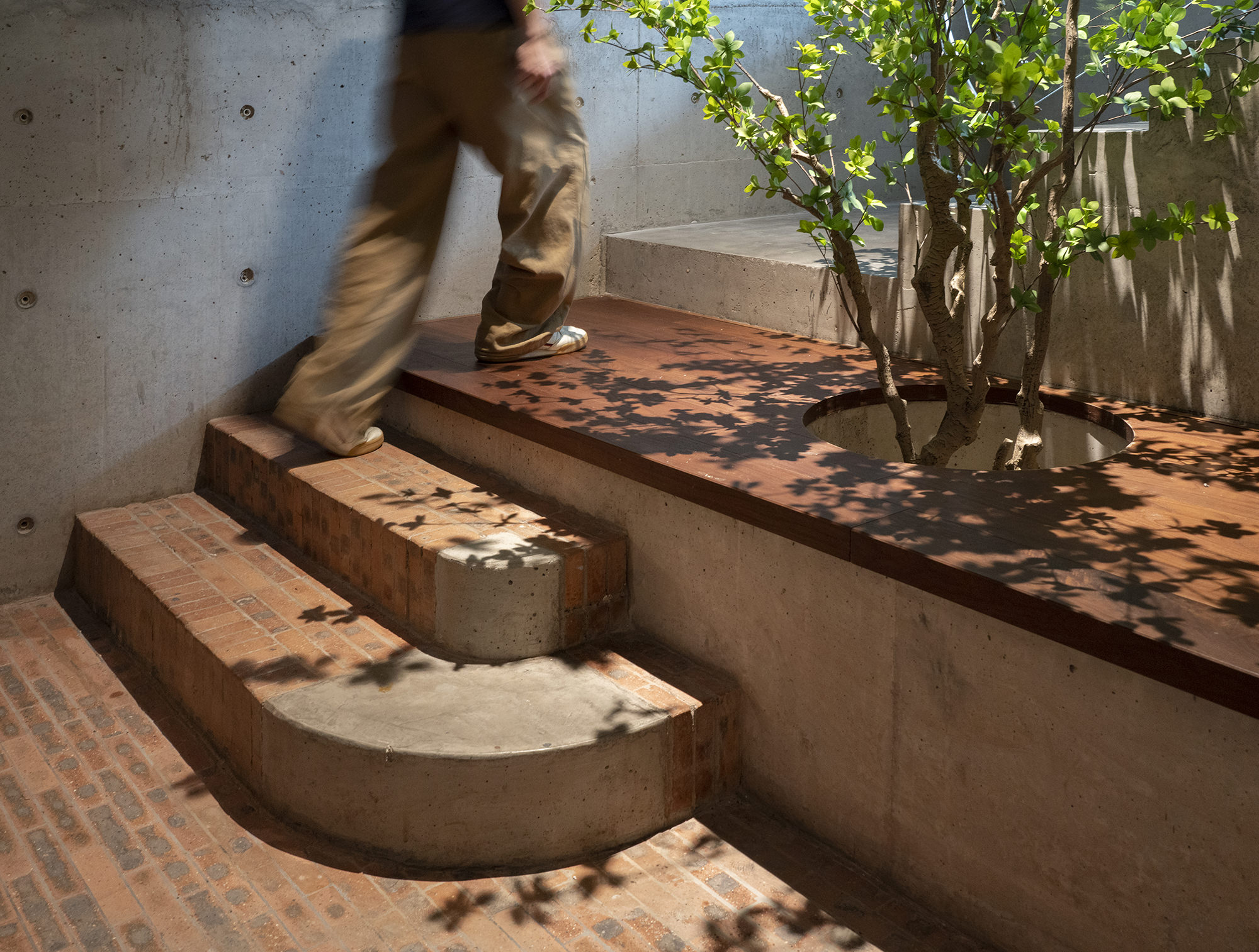 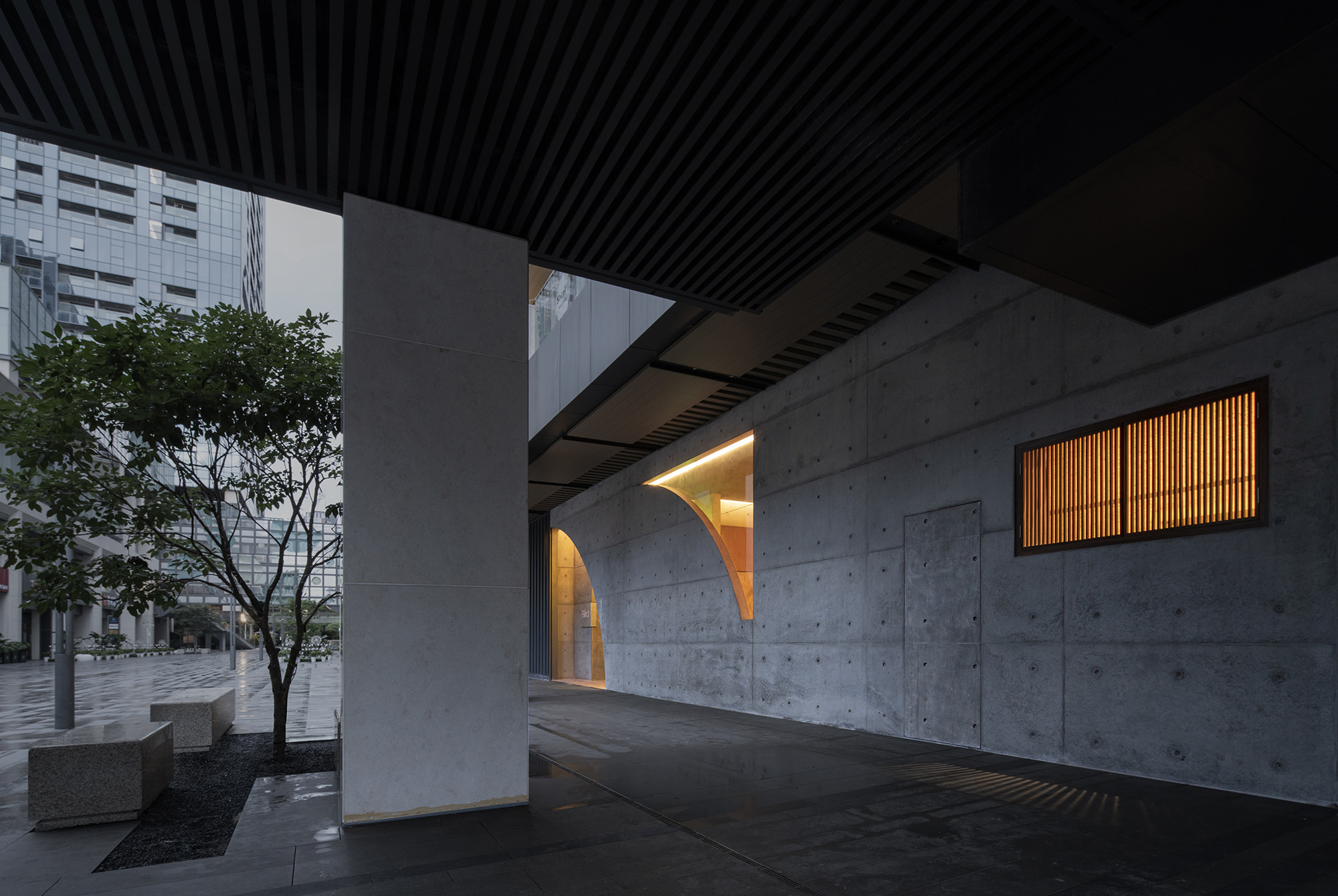 “Spatial forms often reflect social forms. The relationship between people and space, people and people, people and things, is constantly changing,” say Cheuk and Huang of the restaurant’s dynamic form. Sit down for a meal at one of the tables here, and it’s clear that the pair paid equal attention to people and place. With a charcoal fire nearby and the buzz of enthusiastic diners, this is yakitori at its finest.