Building a Martian House: Inflatable Installation Explores the Possibility of Life in Space

It’s hard to picture exactly what life on Mars would look like for humans. The environmental conditions are harsh, to say the least. The planet is very cold and dry with an extremely thin atmosphere, and Earth-based life forms wouldn’t survive the intensity of its solar radiation. Human survival would take a lot of hard work, and we couldn’t exactly plunk down our existing architecture. So what would a house on Mars actually look like? A new project called offers one answer, developed as a collaboration between artists, scientists, architects, engineers, and the public. 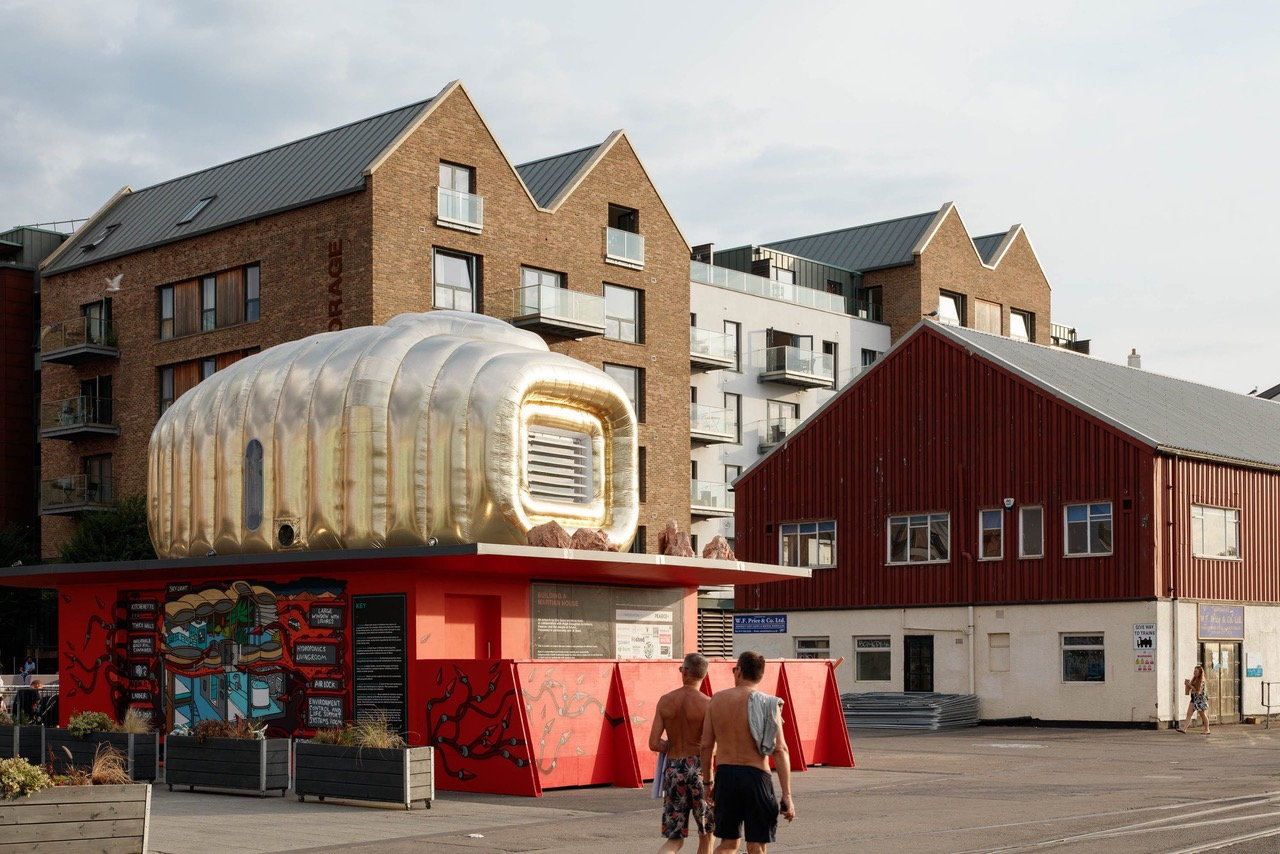 Created by artists , , , and public input, Mars House features an inflatable gold foil structure designed to sit on the surface of the red planet, and a subterranean level beneath it. The prototype is currently on display in the English city of Bristol along with a four-month public program of workshops, events, and research that will ultimately help determine what the interiors of the house look like. For now, it’s just a shell providing space for small research groups to collaborate on projects that help us envision what a future life on Mars could look like. 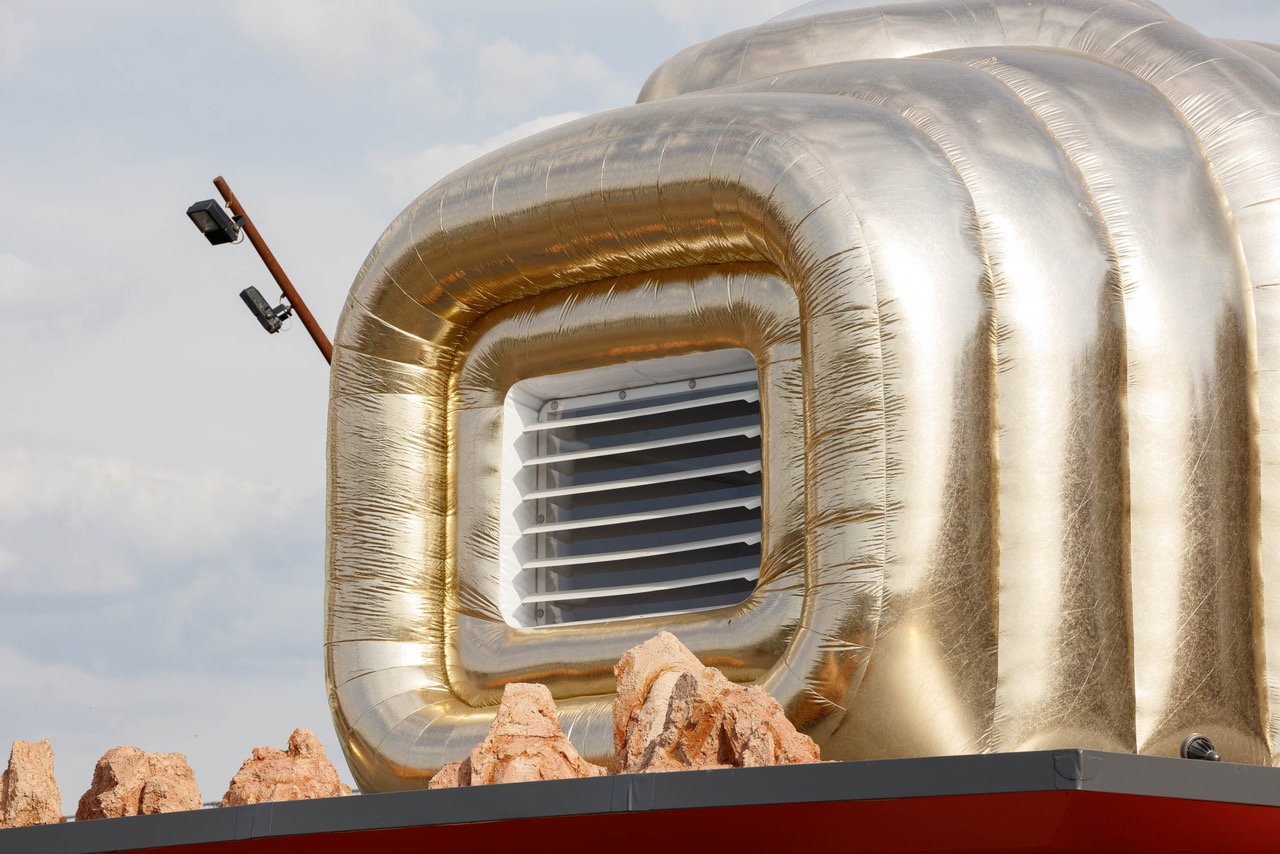 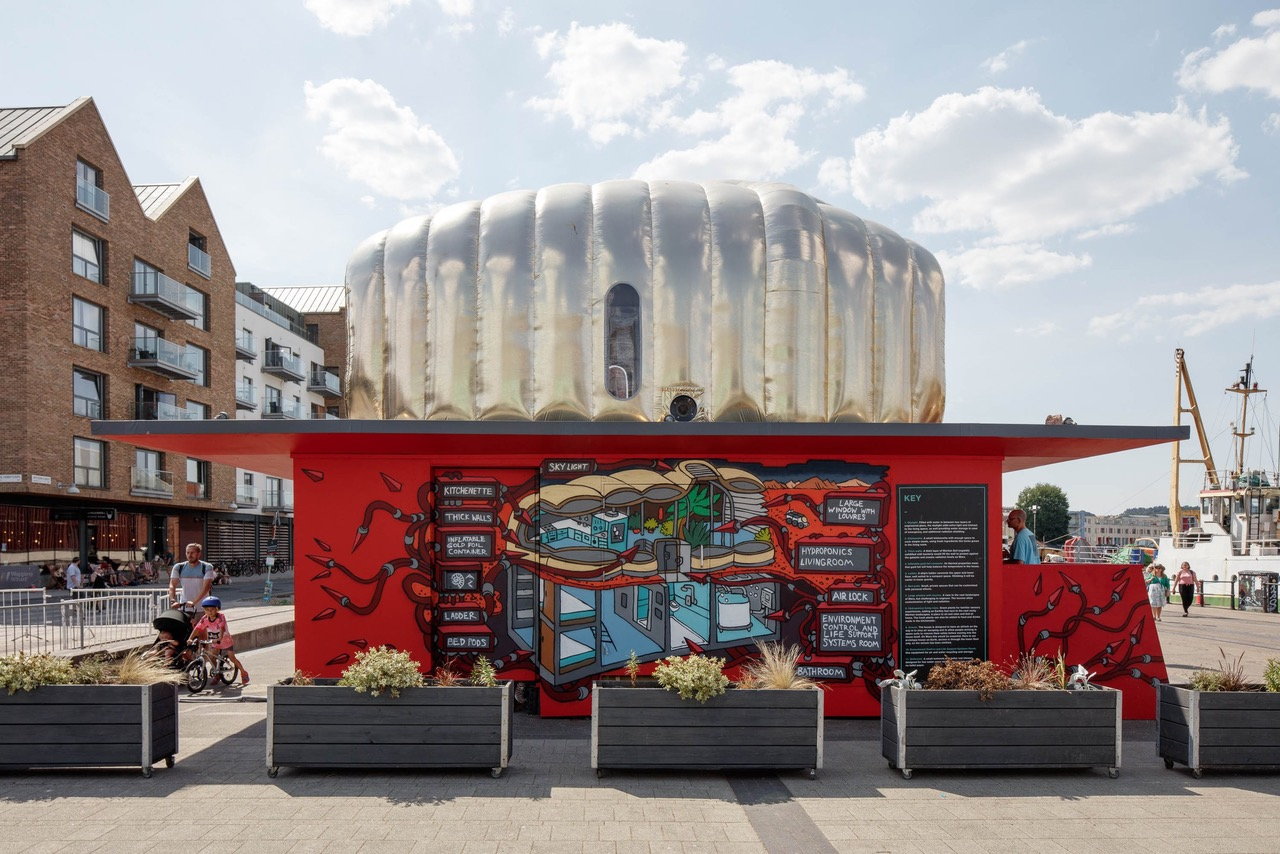 “The two-story 53-square-meter house is powered by and designed to be lightweight and withstand the environmental challenges that would be faced on Mars — such as average temperatures of -63 degree Centigrade and exposure to galactic and cosmic radiation,” says PEARCE+ Architects. “The upper level is designed to sit on the Martian landscape and is formed using a pressurized inflatable gold-coated foil, making it lightweight enough to be transported to Mars.” 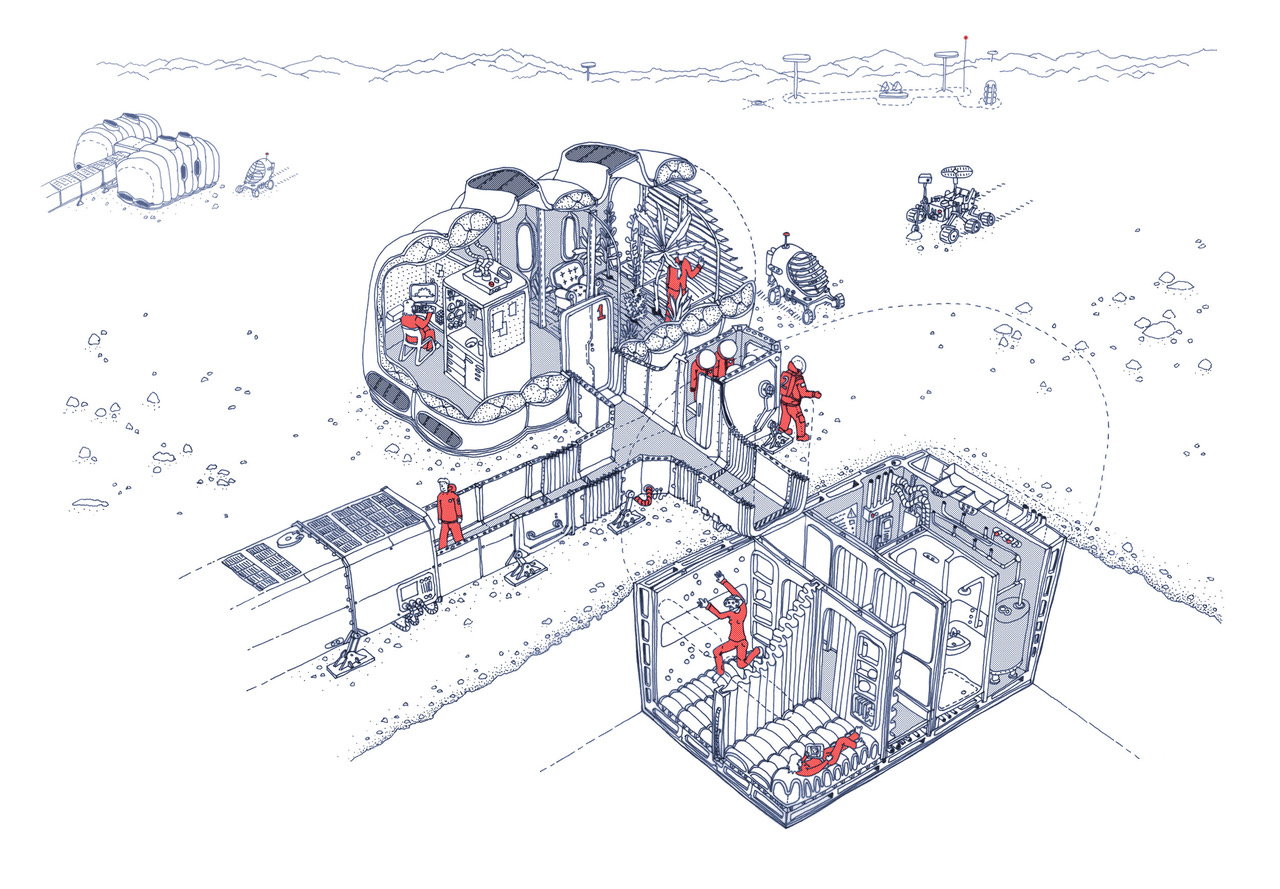 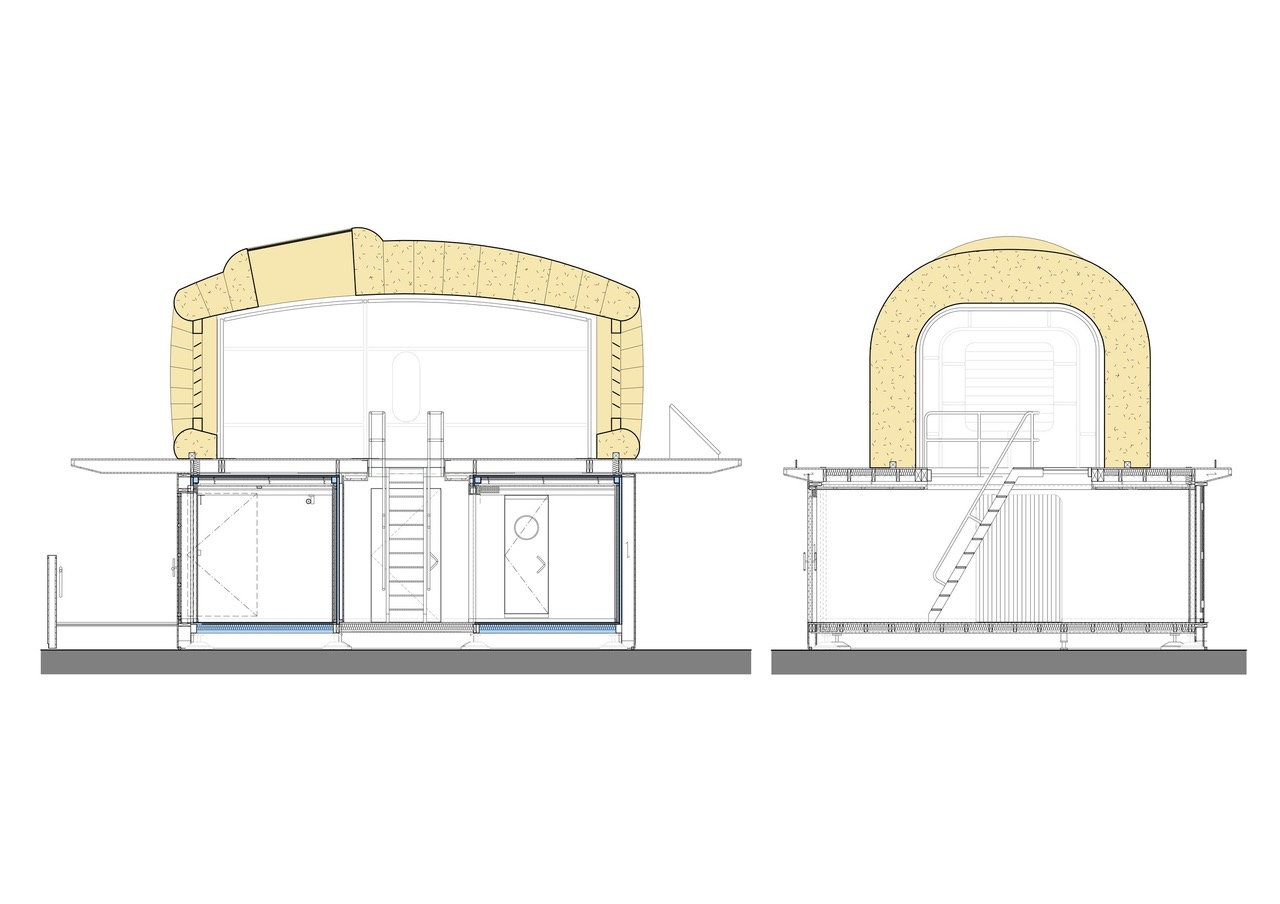 The architects note that: “in Bristol the foil is filled with air so it can be reused, but on Mars it would be filled with Martian concrete made of regolith (soil) and the water found below the surface, to provide protection from galactic and solar radiation. The house has a glazed elevation, with views towards Bristol’s Princes Wharf standing in for the Martian landscape. Inside, a hydroponic living room is designed to surround occupants with plants to aid relaxation. This will feed into a circular waste water system linking the plants with the ablutions and kitchen water systems.” 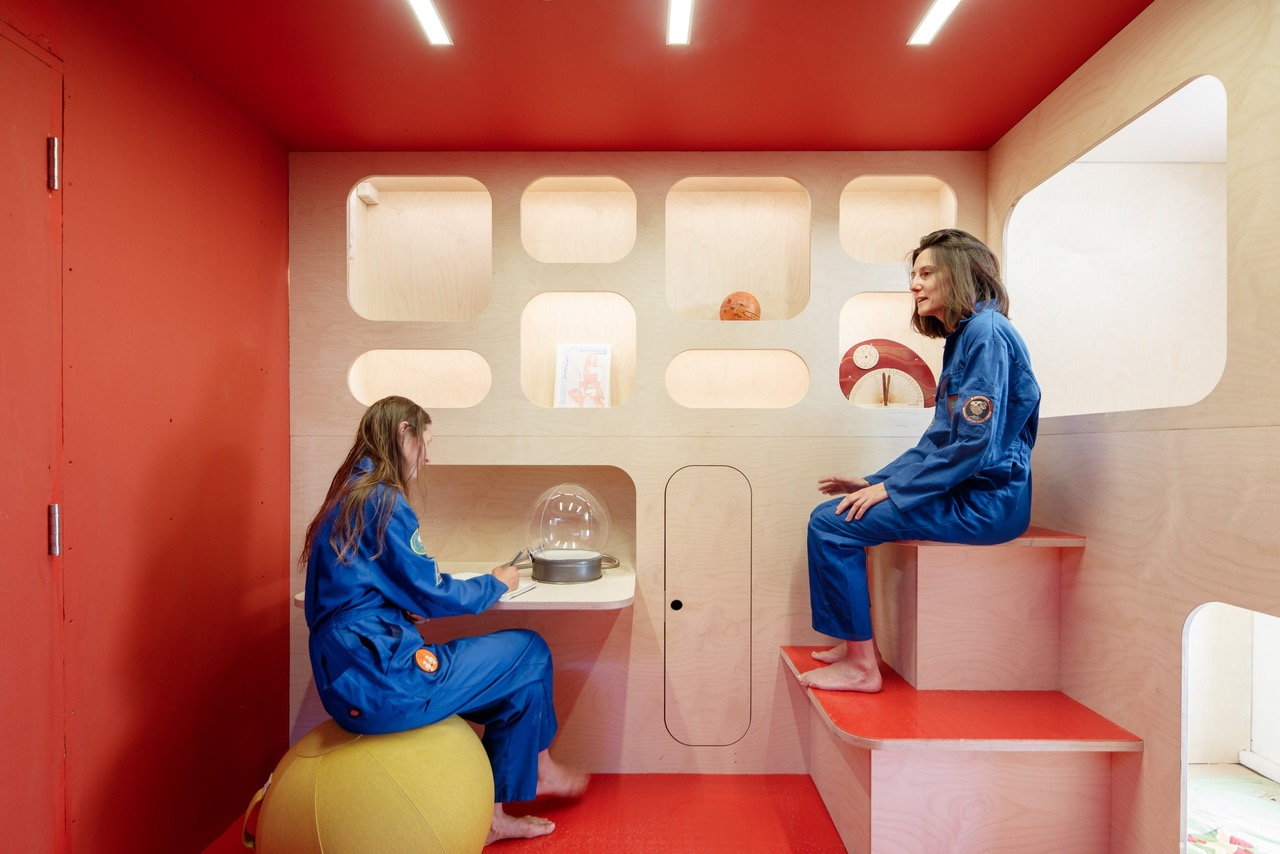 The entirety of the structure can currently be seen above-ground in the Martian House’s Bristol location, so we can imagine what the underground portion would look like as well. This area would occupy lava tubes that naturally exist beneath the surface of Mars, protecting inhabitants from high levels of radiation. It contains an environmental control room that houses all life support systems for the house, two tiny , a shower, and a low-water “Martian loo.” 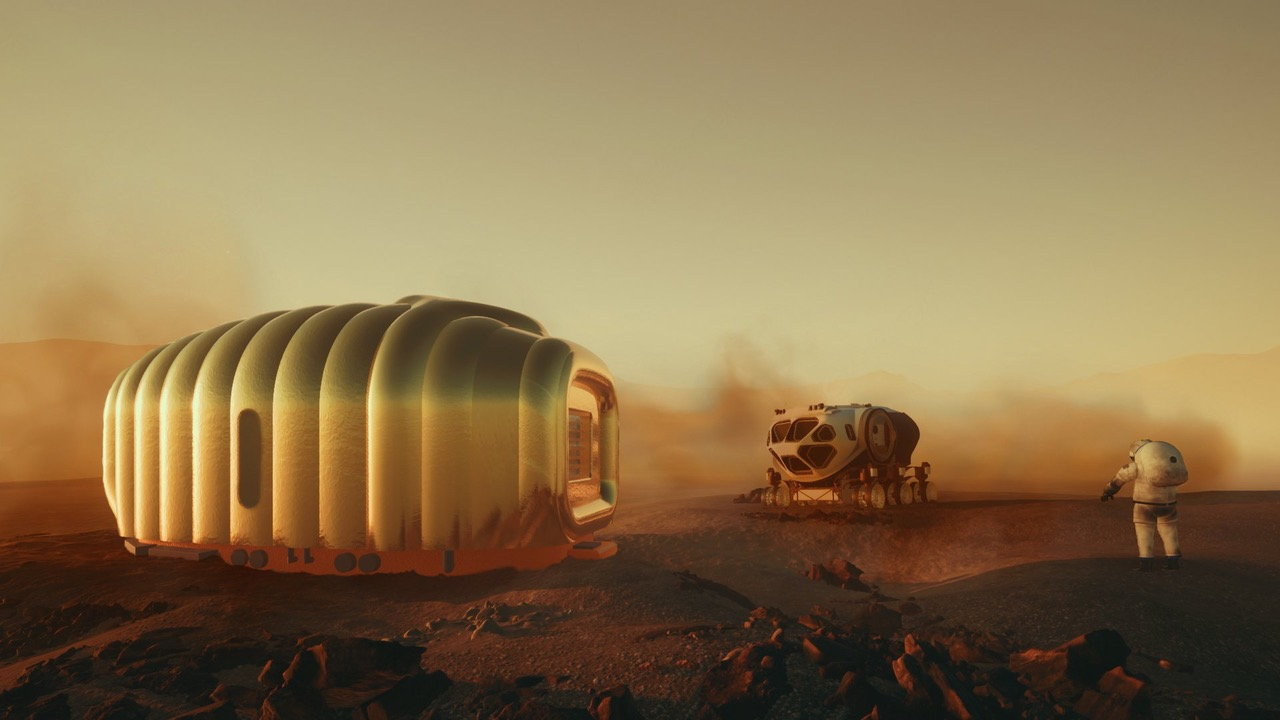 All those who interact with the project in person will be welcomed to contribute to the design of its interior components, which include everything from furniture and appliances all the way down to toothbrushes. This level of public participation turbo-charges creativity, introducing a wide range of ideas that might just help us figure out real-world solutions for our quest to populate the most promising planet in our solar system. Check out the schedule of events lasting throughout the rest of October .