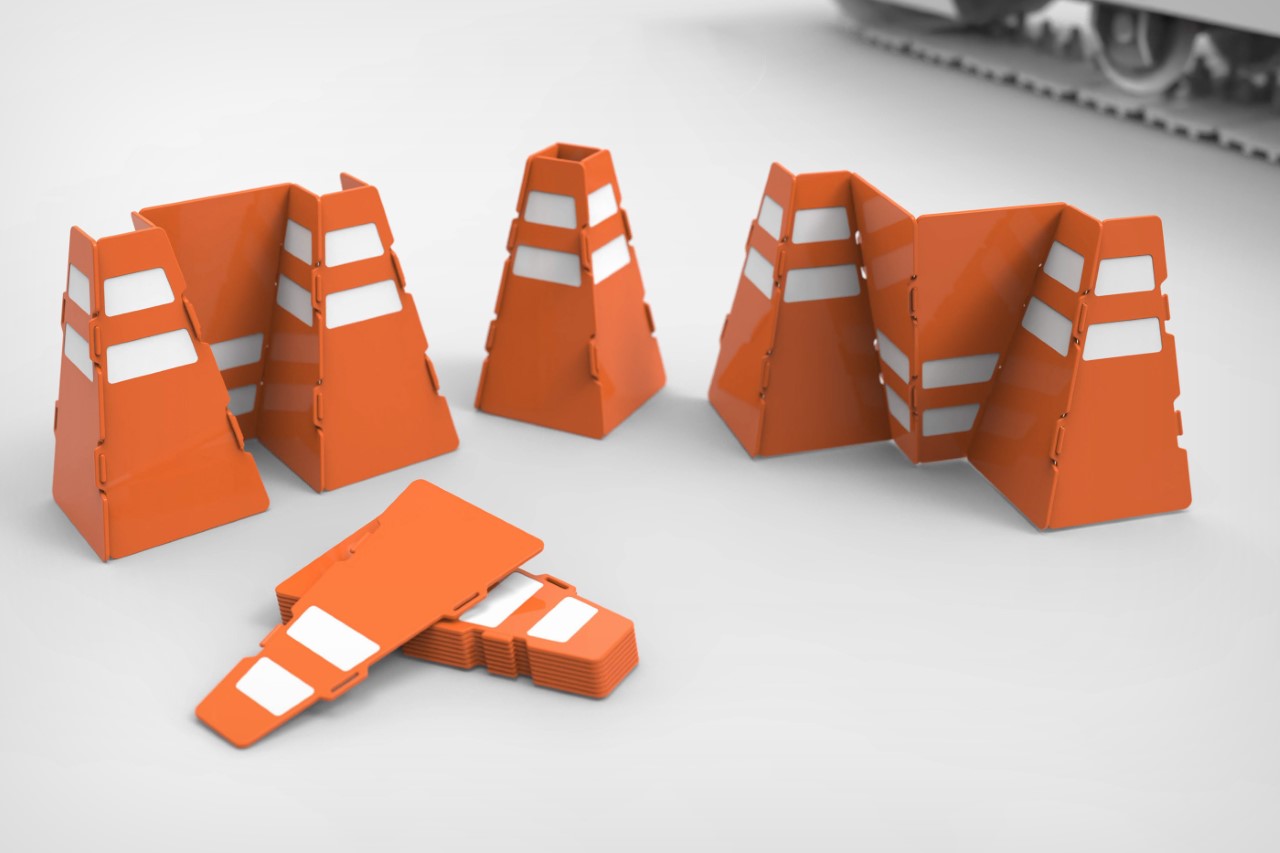 You’d think traffic cones are already pretty well designed. They’re visible, fairly stable, and stack easily. However the two things they’re not are A. space-efficient, and B. modular. Meet Apiece, a flat-packed traffic cone that can be assembled into individual cones or even a long cone strip to cordon off large areas. With multiple flat triangular panels that lock together, Apiece lets you put your traffic cone together piece by piece. When you’re done, the pieces come apart and become a flat stack that occupies much less space than the traditional stacked conical traffic cones! 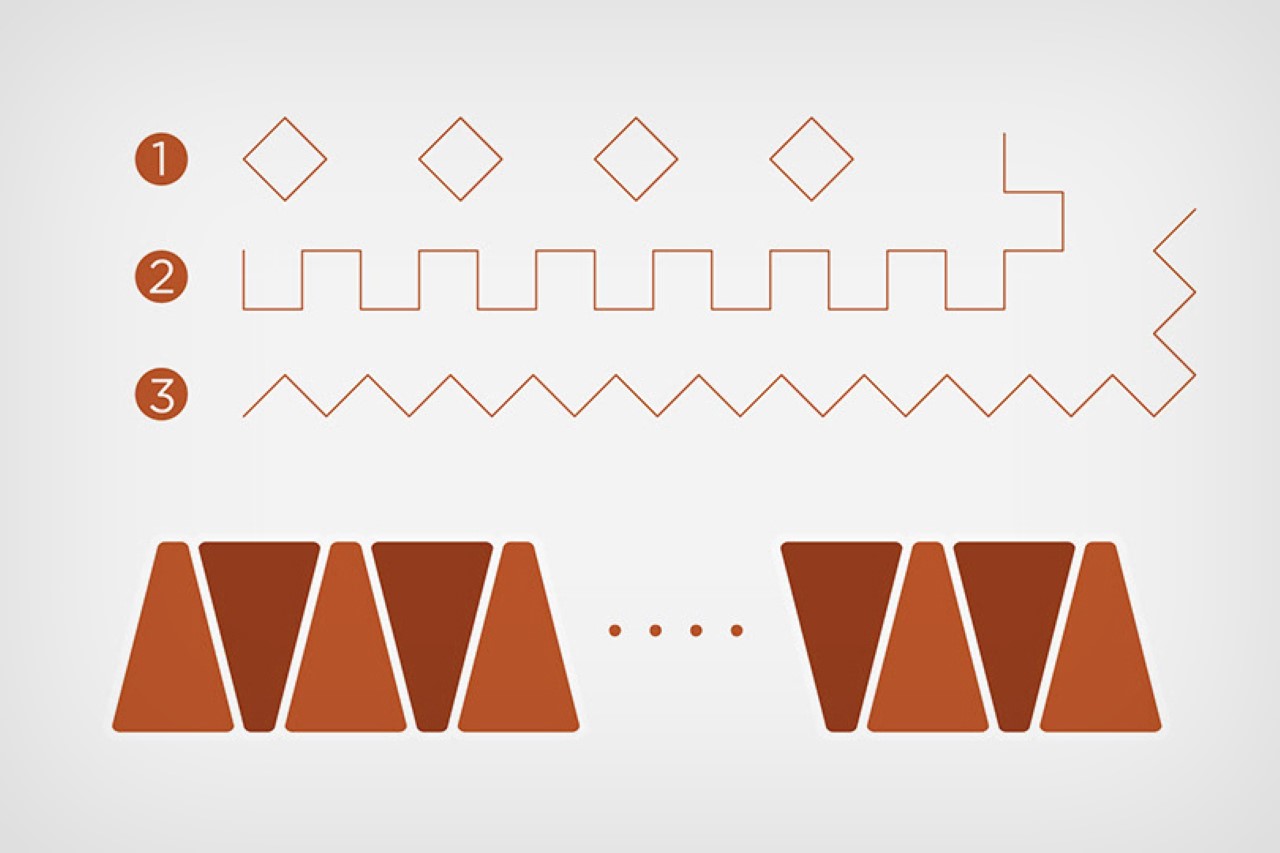 Apiece brings a unique level of modularity to the traffic cone. The flat piece can be used in a variety of ways, creating individual cones or even long fences in square or zigzag patterns. The cones are made from the same plastic, and come with reflector panels on the top. Connect them together and you can use them however you see fit. If one panel breaks, it can simply be replaced with a  new one, making the Apiece more cost-effective than actual traffic cones. 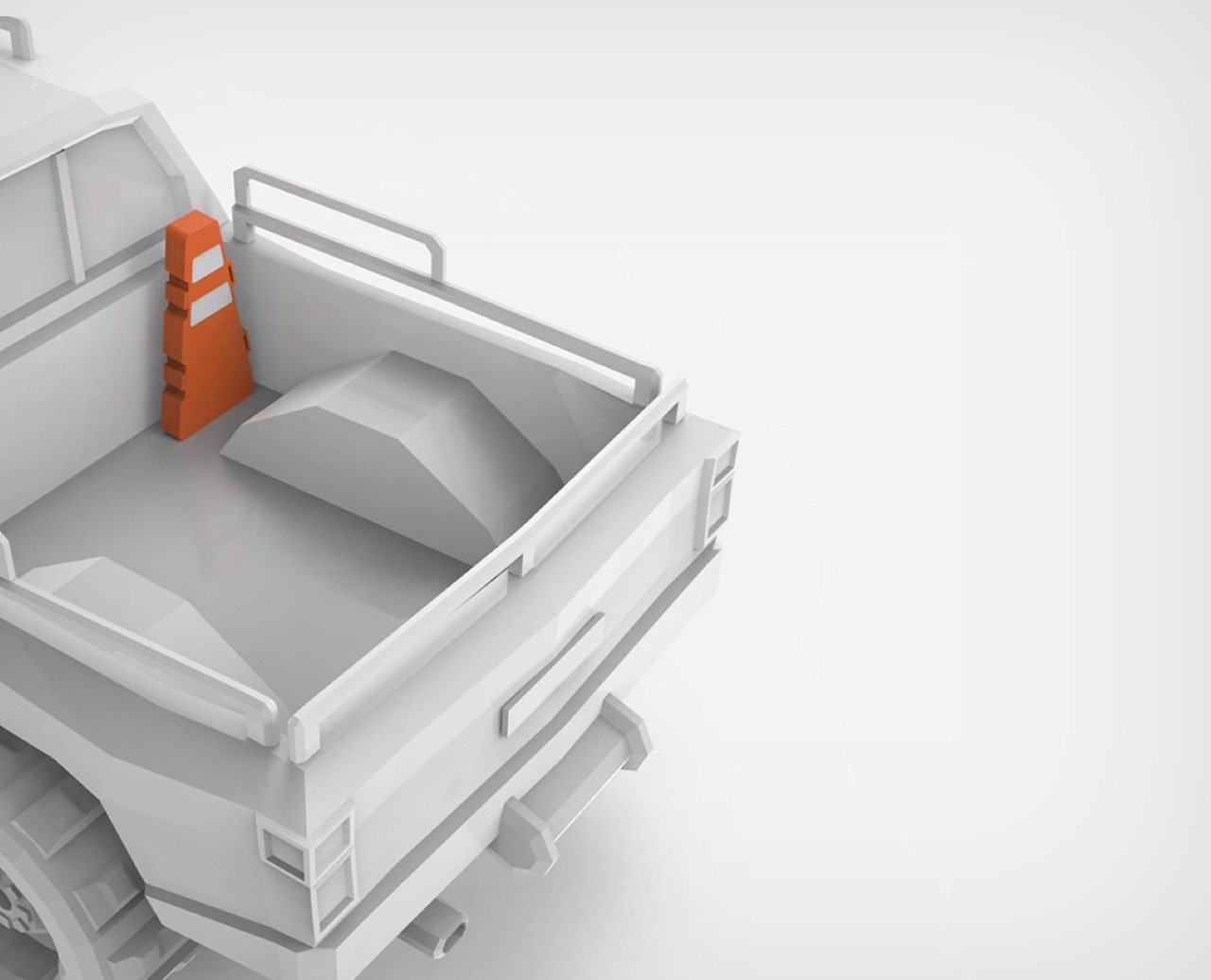 The flat-packed nature of the Apiece does wonders for the traffic cone’s footprint. It occupies virtually no space when not in use, making storing and shipping the Apiece much easier than your average traffic cone. Sure, traffic cones stack too, but even in its most basic individual form, a traffic cone occupies much more space than four Apiece panels stored together. 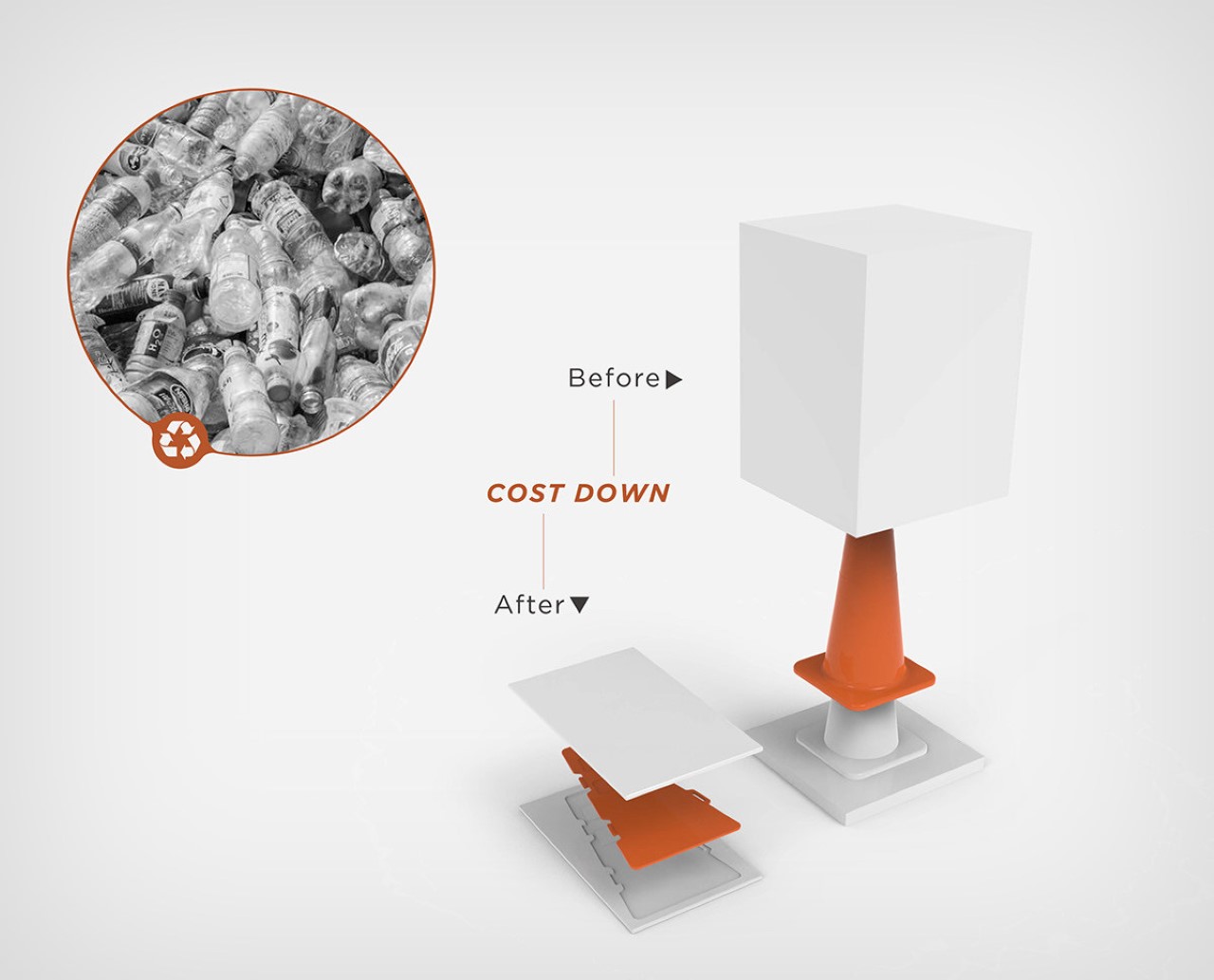