Demi & Gem by DeMuro Das Are Masteries of Stone Marquetry

International multidisciplinary studio recently launched two complementary collections – Demi and Gem – that effectively burst through the boundaries between fine jewellery and robust furniture. Developed in parallel, the two series are an evolution of the studio’s long-held appreciation for the natural beauty of semiprecious stones, a material not typically used in conventional furniture making. 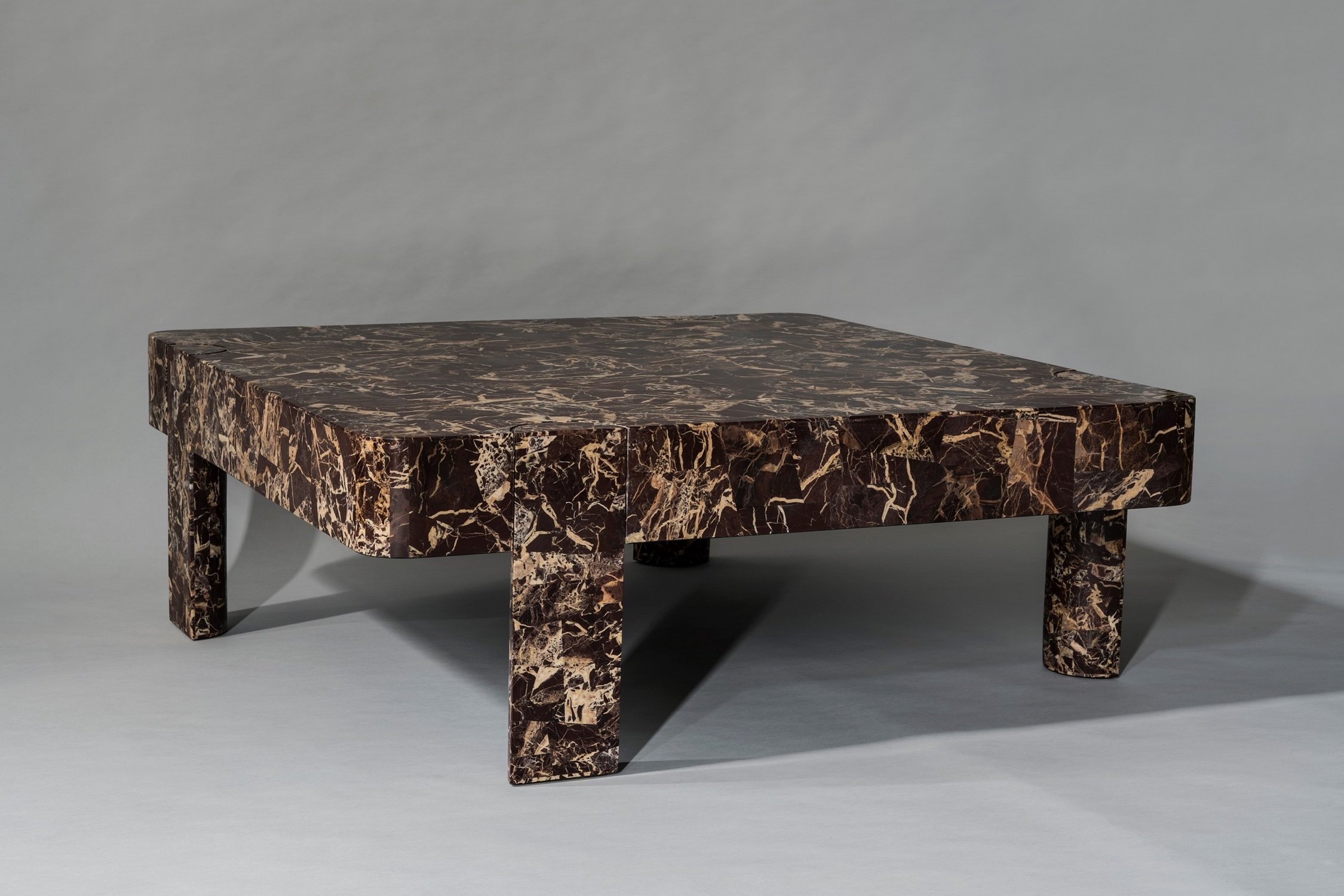 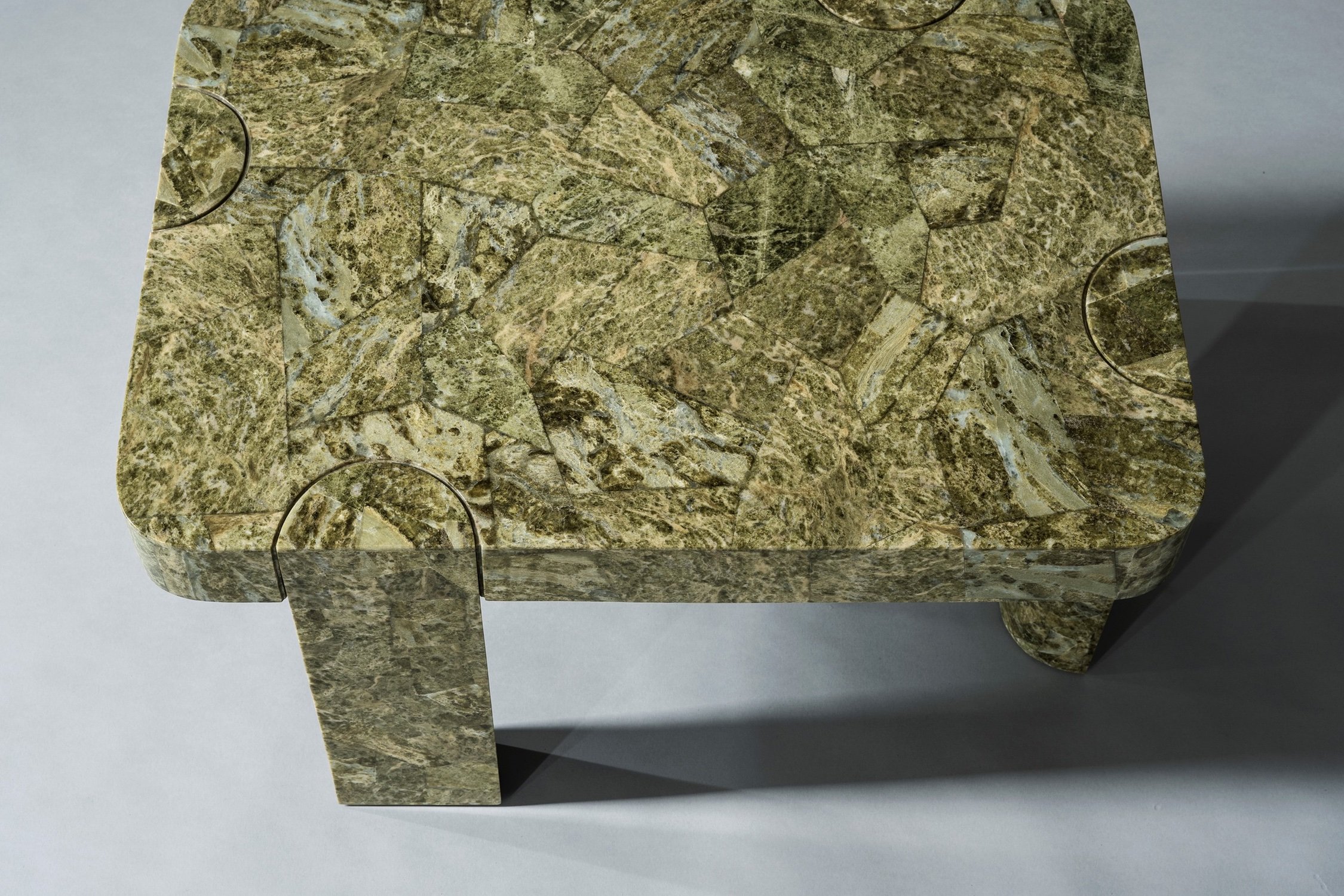 Designers Brian DeMuro and Puru Das – co-founders of the interior architecture and design firm with studios in New York and New Delhi – developed the five pieces that comprise the two capsule collections over a two-year timespan, experimenting with both application methods and various stone combinations. “Both collections are representative of the ways that our studio blends traditional, artisanal craft with modern techniques and design sensibility,” the designers say of the results. 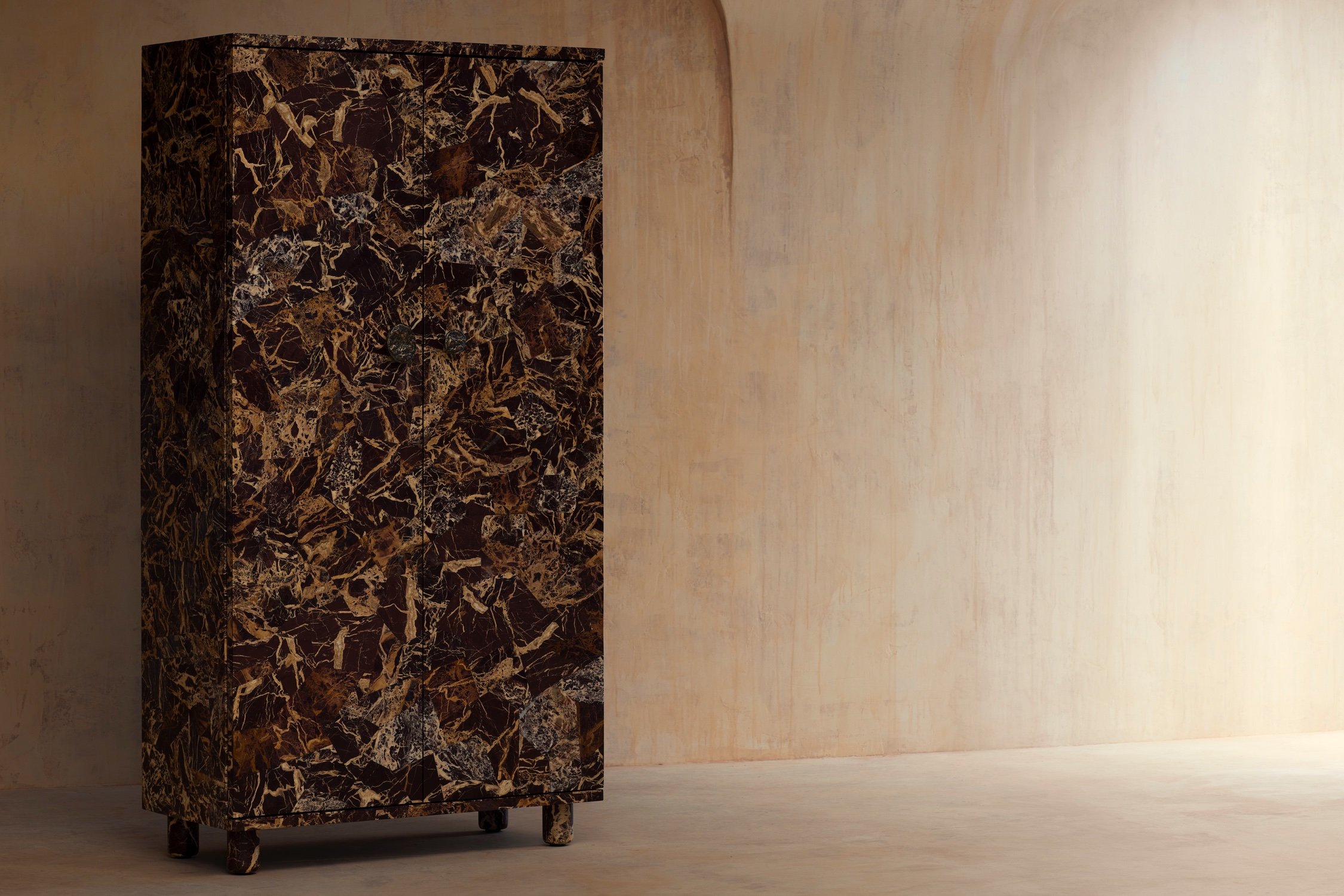 In 2020, opened its own stone atelier within its New Delhi factory, a move that has allowed the designers to more fully explore and perfect stone marquetry at the high-quality “couture” level subsequently expressed in Demi and Gem, whose individual pieces were informed by centuries-old Indian jewellery-making traditions: “The semiprecious stones featured in the Demi and Gem collections are most commonly utilized in jewellery and sourced from gem markets in Jaipur that cater to the jewellery industry.” 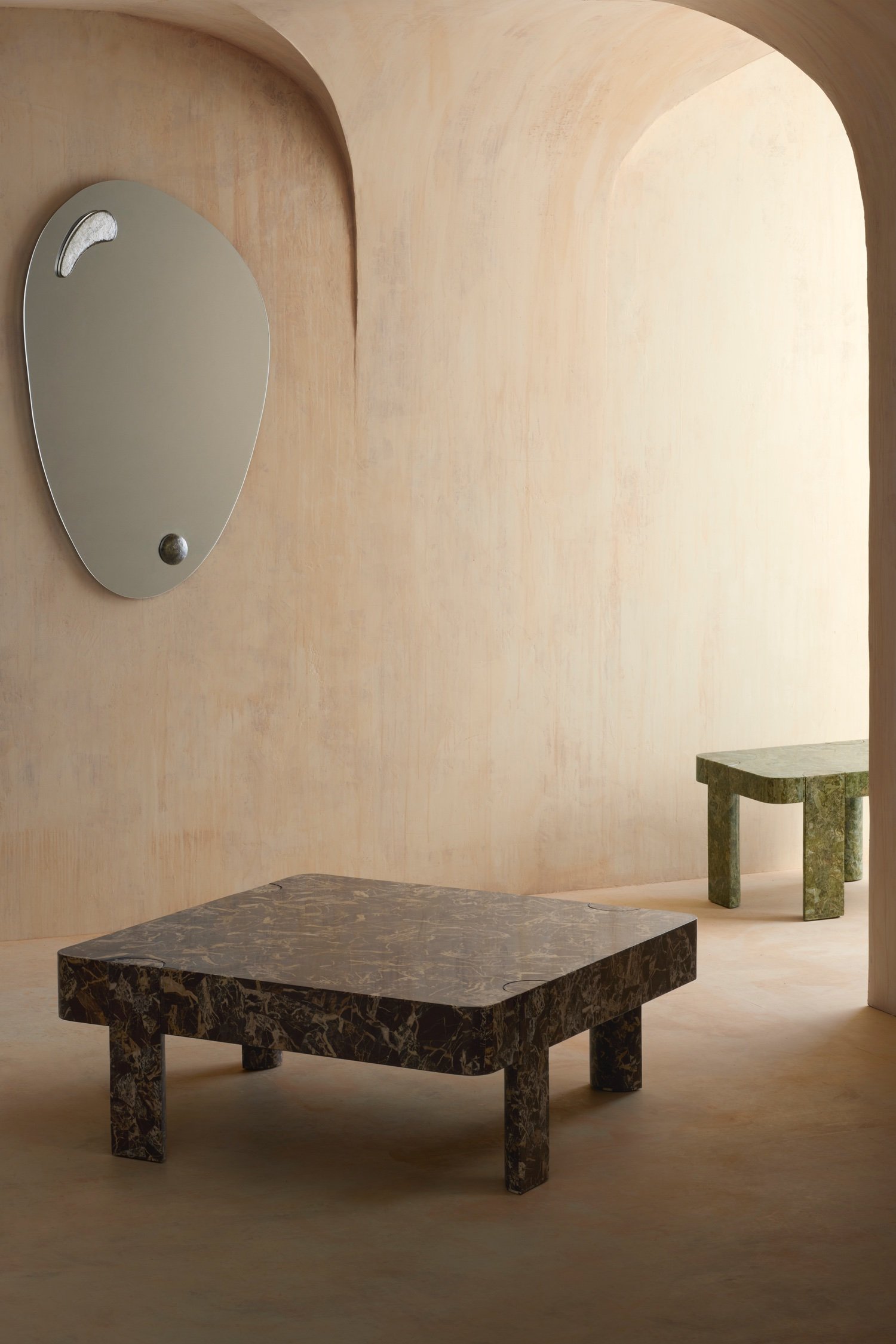 Working with a select assortment of rare stones that include claret dolomite, vesuvianite, Dalmatian jasper and howlite, the studio’s master craftspeople applied highly skilled marquetry to the pieces of Demi and Gem – each is clad in a composition of individually cut stone fragments that are so carefully and caringly assembled before being polished that virtually all visible seams and lines are erased, giving the furniture the appearance of being carved from a singular slab. 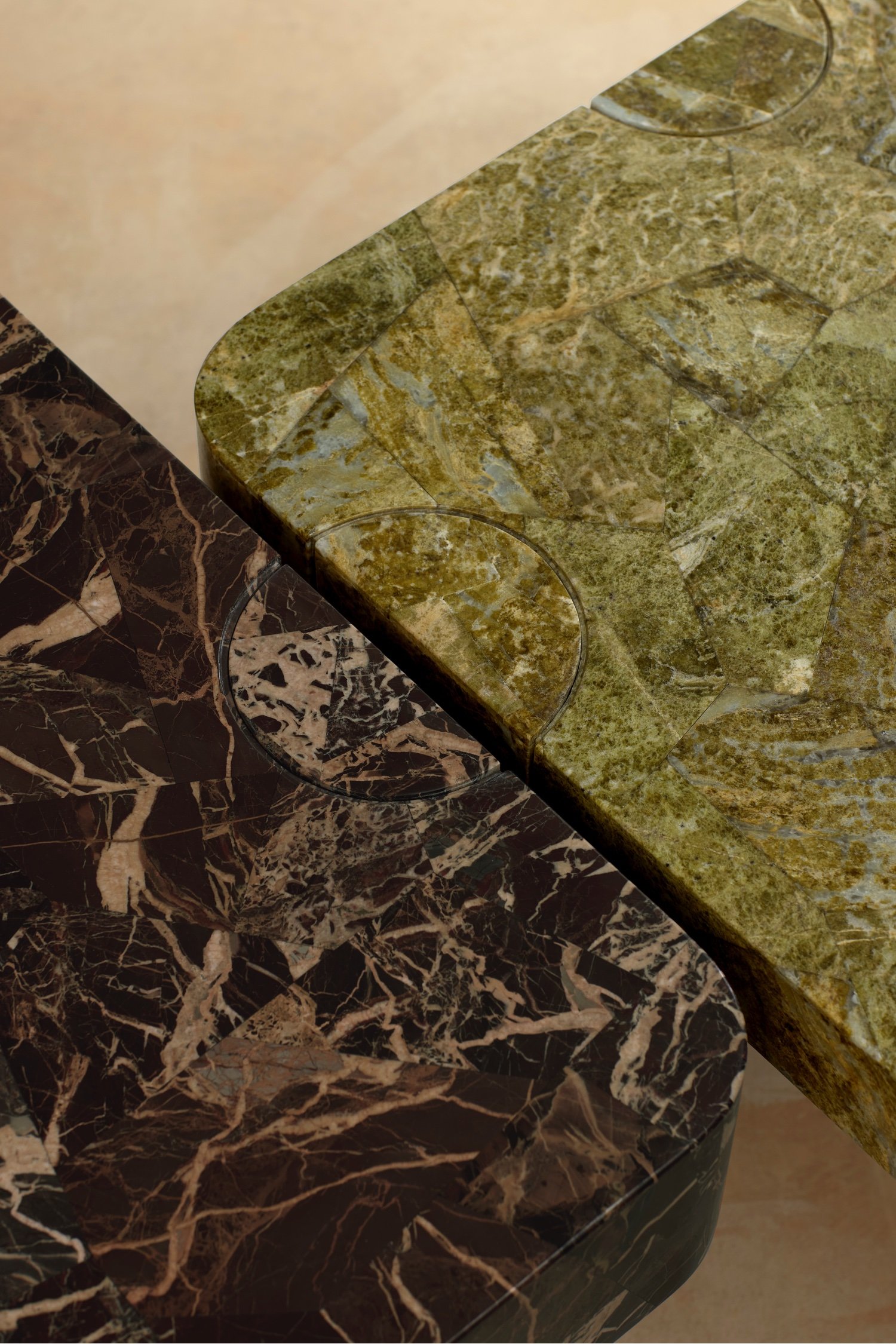 Low-slung and pleasingly chunky, the coffee table and side table that currently form the Demi collection feature bisected cylindrical legs that are irregularly placed and inset into the tabletops, forming a half-circle – the shape the collection is named for – at each joint. 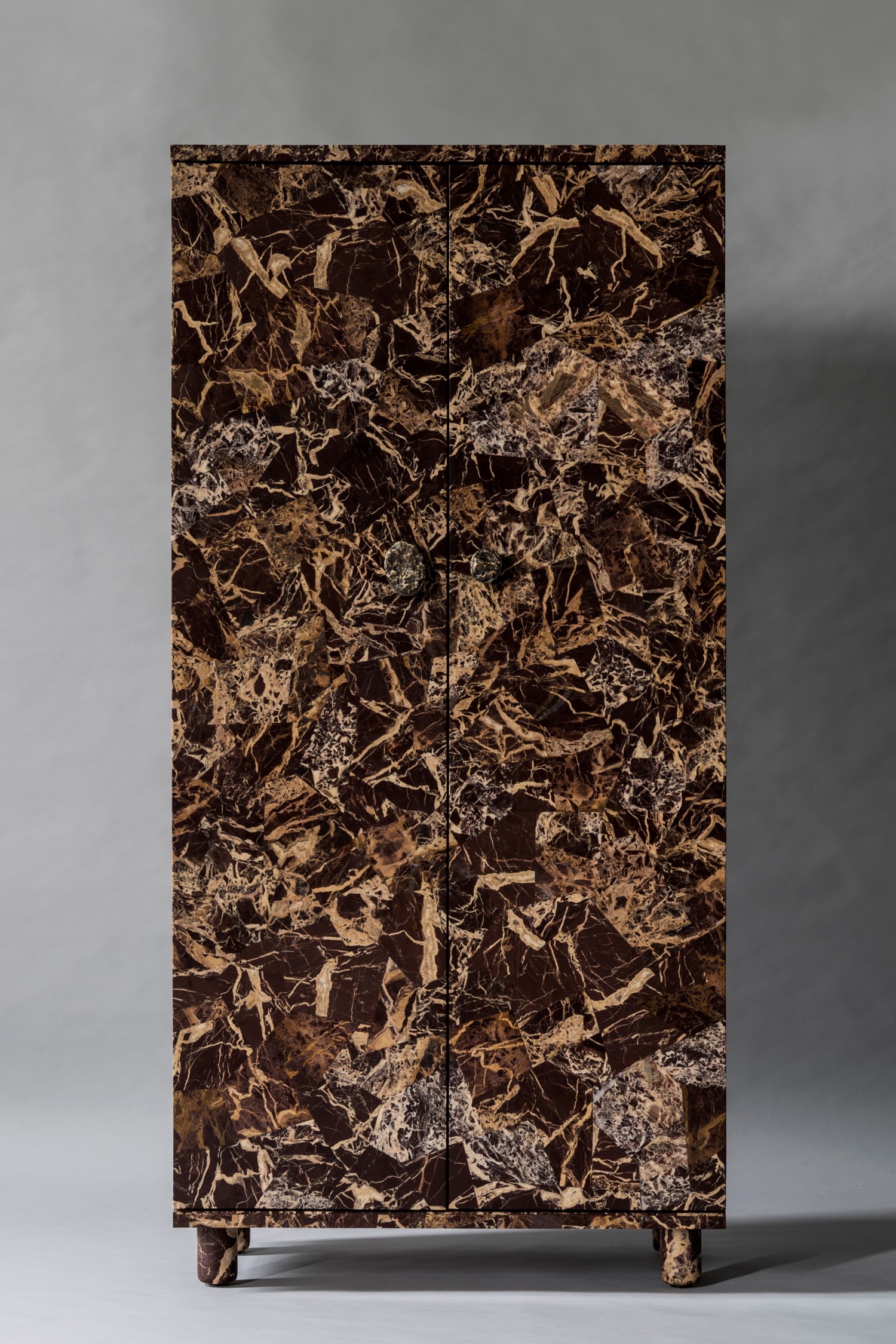 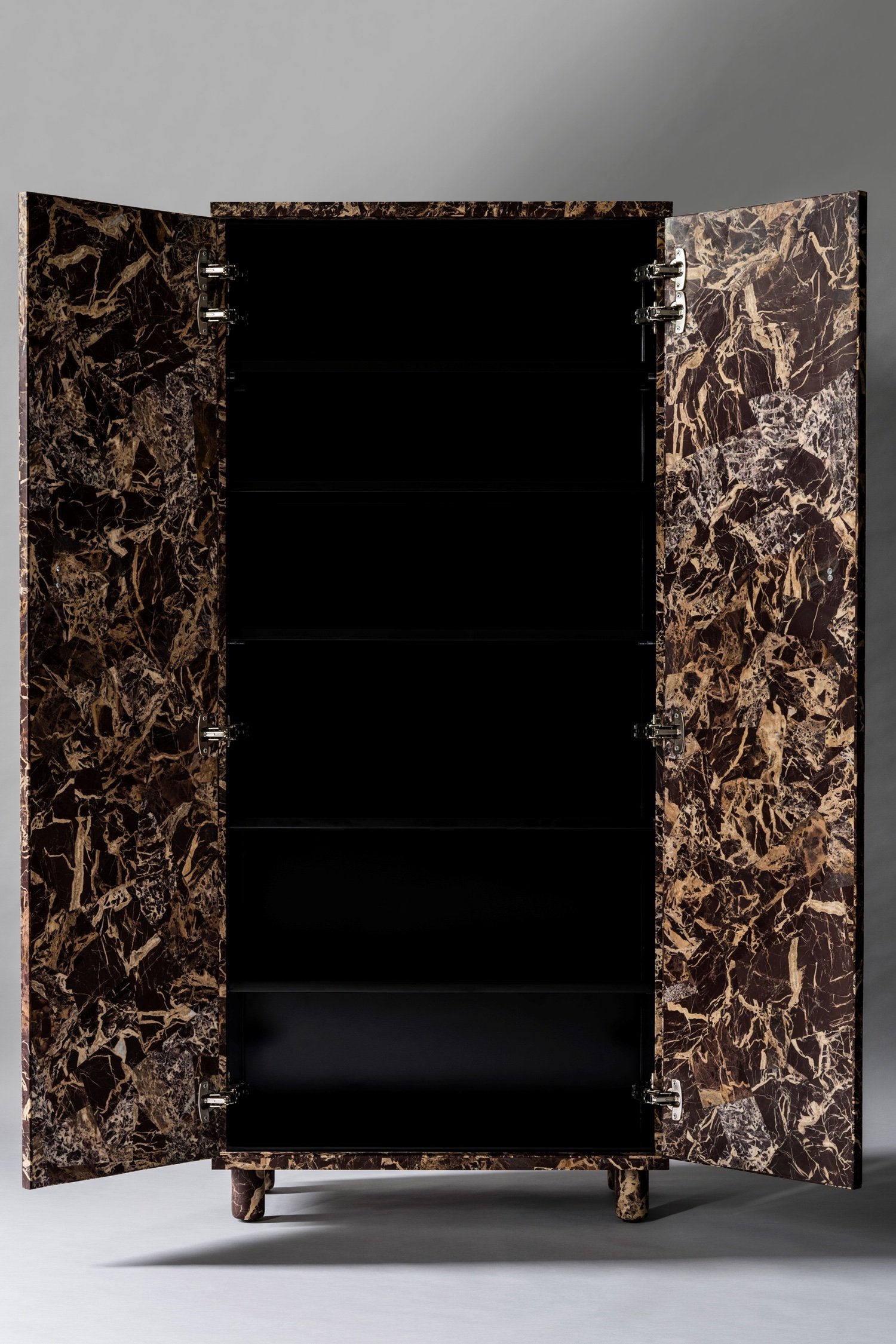 In the Gem collection, the tall cabinet, fully encased in stone, has a strong linear expression that is delicately contrasted by organically shaped, hand-cast solid bronze handles, while the two Gem frameless mirrors (one vertical, one horizontal in orientation) are defined by elegant yet free flowing shapes; the reflective surfaces are accented by a chunk of rough-finished howlite framed in bronze – reminiscent of a bevel setting in jewellery – and balanced by a circle of textured cast-bronze at the opposite corner. 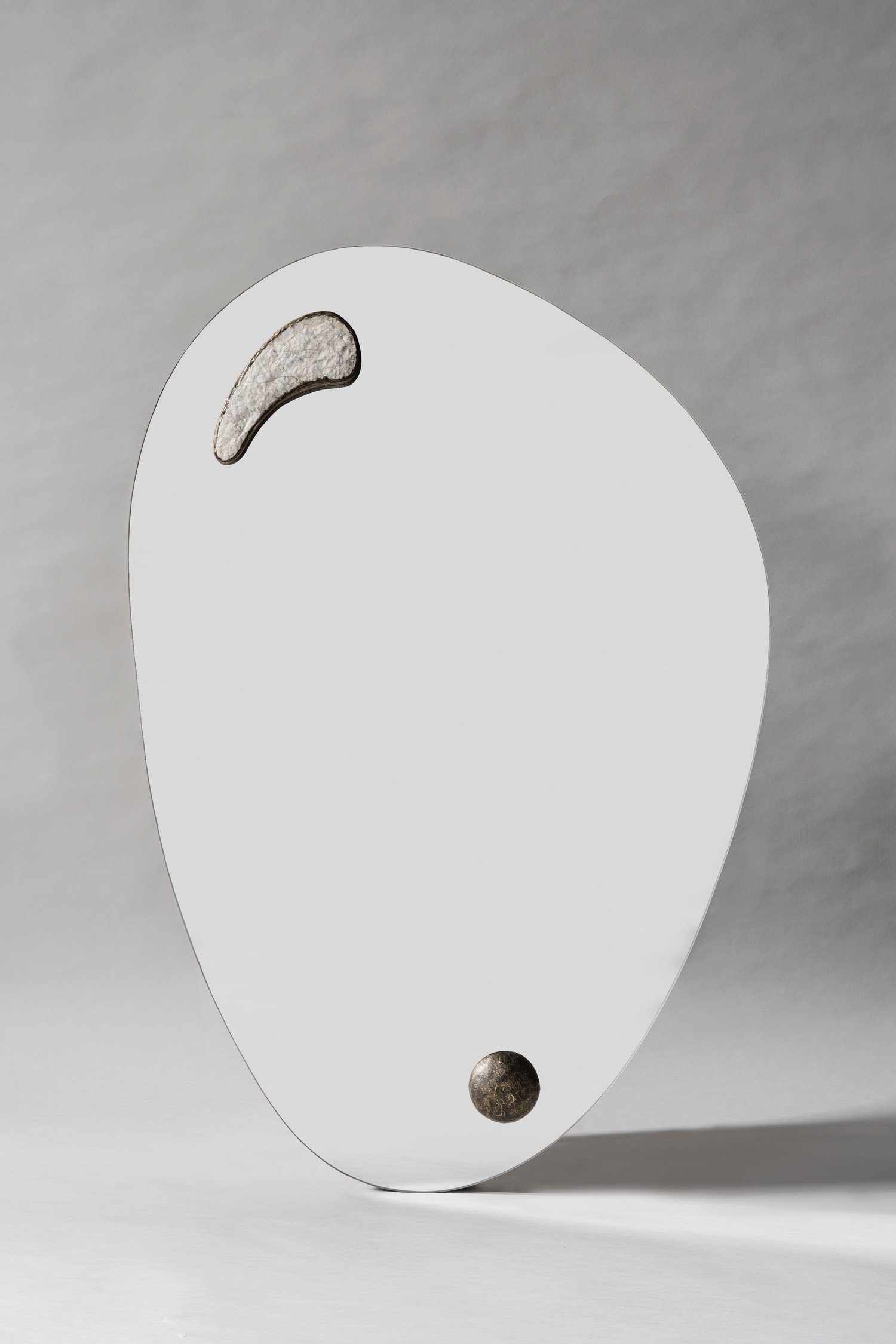 Exemplifying DeMuro Das’s ability to translate traditional craft techniques through a modern lens, Demi and Gem are the studio’s most extensive semiprecious stone collections yet – with even more to come. The studio has plans to introduce a smaller version of the Gem cabinet along with a Demi console.