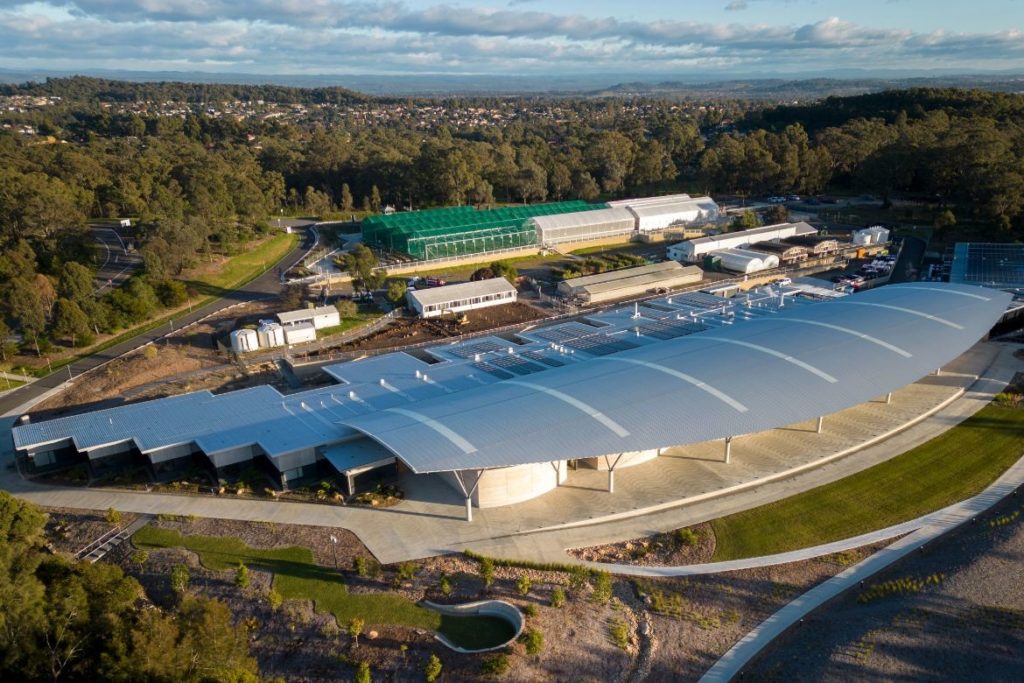 In 1770, when Captain James Cook ventured to the South Pacific, he famously brought with him two botanists, Sir Joseph Banks and Daniel Solander. The inclusion of the two men was well worth the effort. When they returned to London, among other things, they brought with them numerous botanical specimens; plants which, up until that point, no European had ever laid eyes on.

Today, 800 of those samples collected by Banks and Solander remain in good condition. They are securely stored at the National Herbarium of NSW along with some 1.4 million other specimens. Far more than souvenirs or keepsakes, the samples are used by researchers for everything from species identification to understanding the effects of climate change.

The Herbarium is operated by the nation’s oldest scientific institution, namely the Australian Botanic Gardens. Located at Mount Annan in South Western Sydney and designed by Architectus in conjunction with FDC Construction & Fitout, it opened in 2019.

Prior to that, the collection was stored in an older facility in the city’s centre. The decision to move it was prompted by damage caused to it by mould and insects. Considering this, in designing the Herbarium, the architects focussed squarely on protecting the collection from these dual problems, as well as the additional threat of bushfire.

Given that the collection has been valued at $289 million, it is no wonder that significant effort has been taken to ensure its well-being. The specimens, themselves, are stored in six vaults. Within these vaults, in taxonomic order, the individual samples are separated into 900 cabinets.

Environmental conditions were also critical considerations for the architects. Temperature and relative humidity are set at 16°C and 45-50% respectively, and high-performance blinds perform the dual roles of light and temperature control.

Having worked with Solis Products (a retailer and on-seller of Verosol products) previously, and having been impressed by the performance of these products, Architectus sought their assistance for the Herbarium project.

The architects accepted this advice and specified blinds featuring 203 SilverScreen Vision in a light grey colour throughout the building. Though most are chain operated, as per the requirements of the Herbarium staff, in some hard-to-reach places motorised blinds were installed.

Constructed from a hard-wearing PVC coated fibreglass yarn, and inherently flame retardant, the blinds meet the brief in terms of minimising the bushfire threat. Beyond that, and more importantly, they dramatically reduce heat and glare at the window. To quantify that, the 203 SilverScreen fabric has been shown to carry a solar reflectance capability of 82%. It blocks heat and glare, while at the same time, allowing excellent vision out. In short, they represented the ideal choice for the project.

Now well-established, the National Herbarium of NSW presents as not just a functional workplace, but a facility that is well-equipped to welcome and engage visitors. With the help of Verosol, it is helping ensure that those ‘exotic’ plant species collected by Banks and Solander 250 years ago last for many more to come.