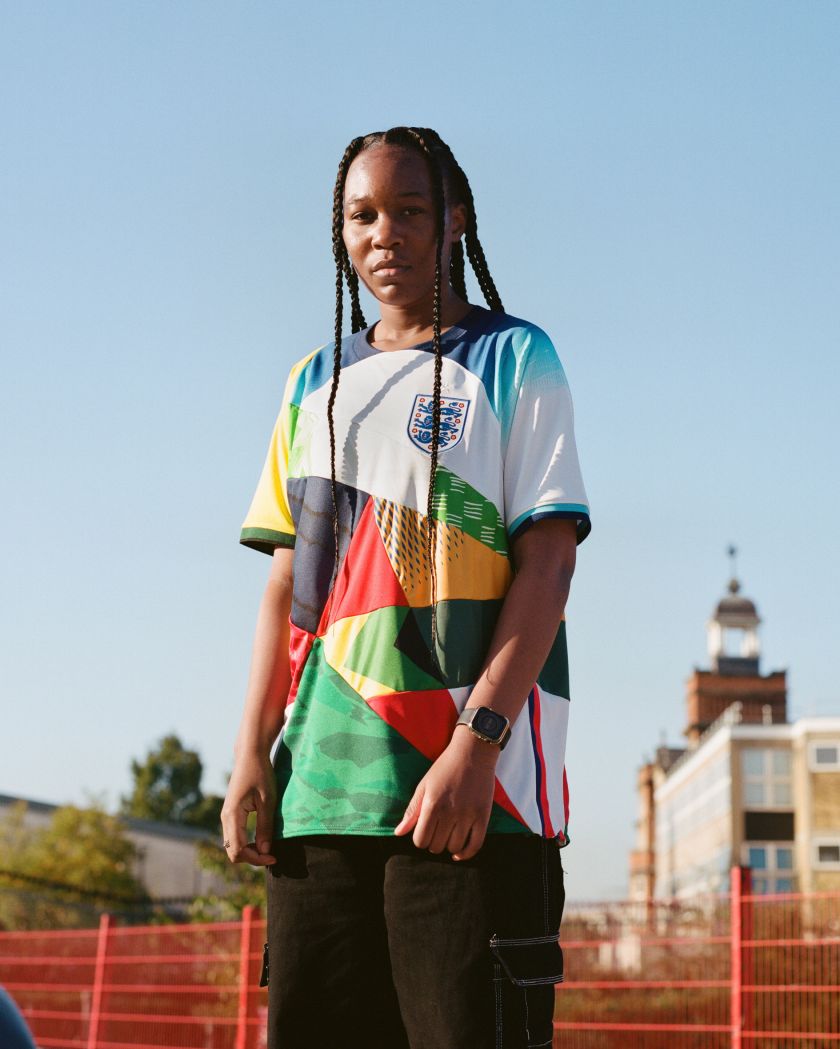 The UK’s leading anti-racism charity has collaborated with to create Fabric of England: an unofficial football strip which highlights the many ways in which immigration has had a positive impact on the country’s society.

Created in response to the racist abuse several England players received at the end of the Euros in 2021, Fabric of England is a patchwork quilt of a design that celebrates the “rich diversity and cultural tapestry” of the England football teams. As well as featuring elements of the main England shirt, it also contains pieces of 13 other national football team shirts.

This is because out of the 39 players who helped England qualify for the upcoming World Cup in Qatar, almost all have a backstory linked to migration. So while the contest itself might be shrouded in controversy, Show Racism the Red Card is still doing its bit to show its support and solidarity with this kit. 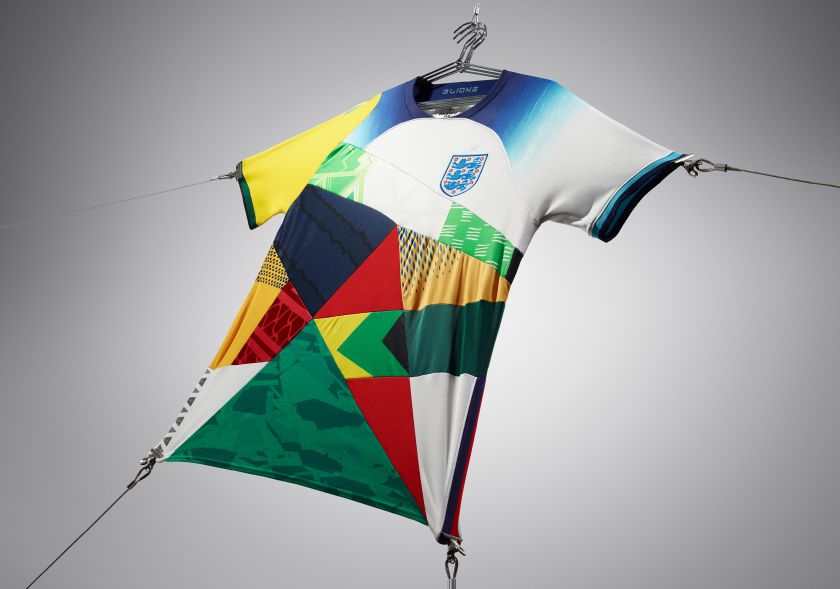 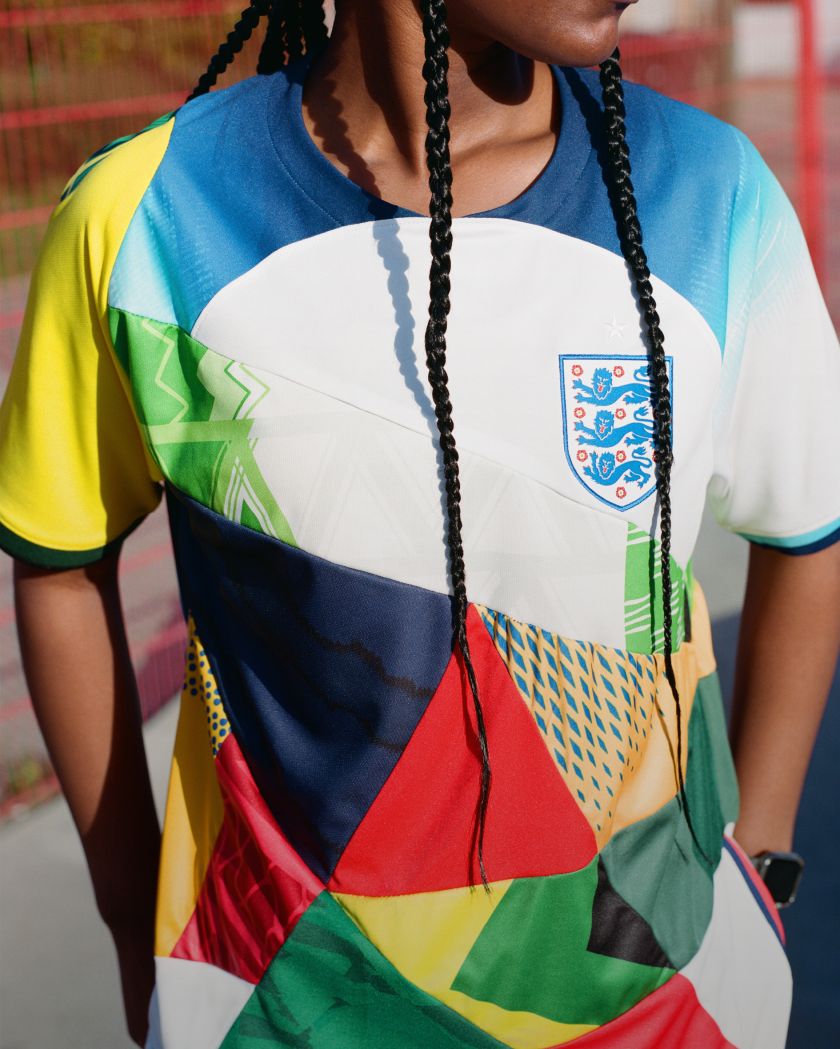 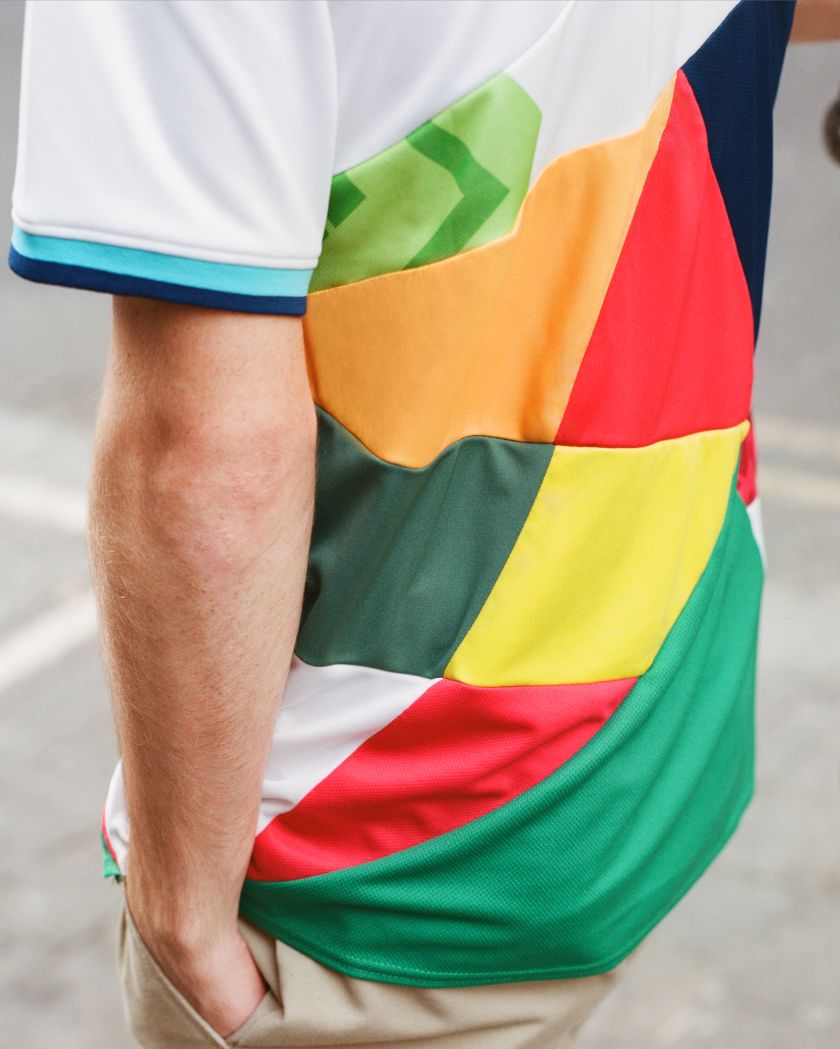 For Shaka Hislop, the Honorary President and Co-Founder of Show Racism the Red Card, the kit is the perfect way to remind people that the World Cup is about a lot more than crowning a champion. “It’s about the world coming together to honour the beautiful game and what that means to each of us,” he explains.

“It’s a celebration of our differences – the countries, languages and cultures. And also celebrates the similarities- the shared joy, expression and hope. The World Cup, every four years, shows us that we only witness the best of us when we champion our differences hand in hand with our similarities.”

And as well as combating racism, the kit will help to raise awareness. The public at large will be aware that Raheem Sterling and Kyle Walker are descendants of the Windrush Generation. However, the England team also contains some less well-known ties to immigration. These include Ben Chilwell, whose family came from New Zealand and Fikayo Tomori, who was born in Canada to Nigerian parents. Meanwhile, Declan Rice, Jack Grealish and England’s star player Harry Kane have family roots that trace back to Ireland.

“This is an important project to celebrate what makes England, England,” says Paul Kearns, Deputy Chief Executive at Show Racism the Red Card. “The shirt spreads a positive message of diversity and inclusion and opens people’s eyes to the rich heritage of the England squad. We hope it inspires the whole country to get behind England to bring it home.” 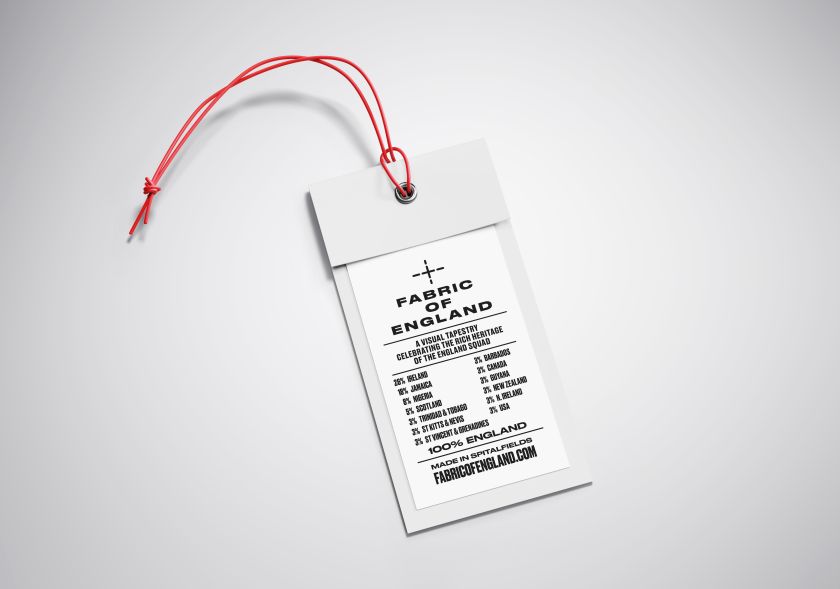 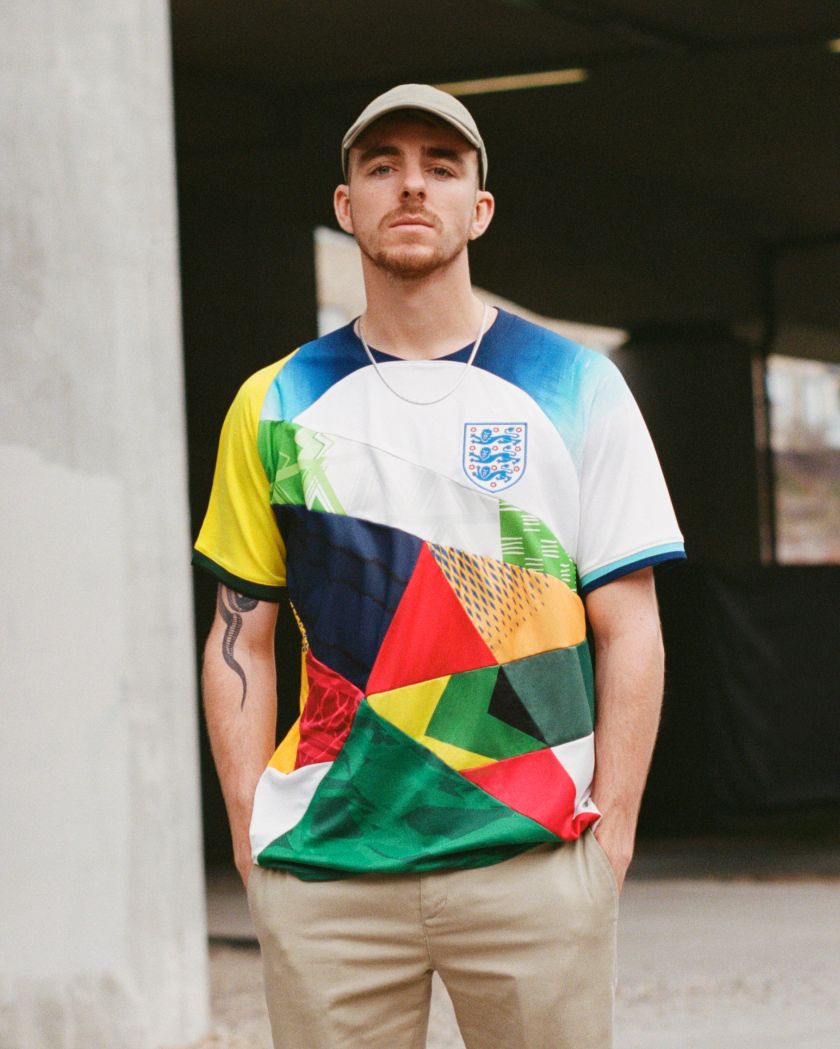 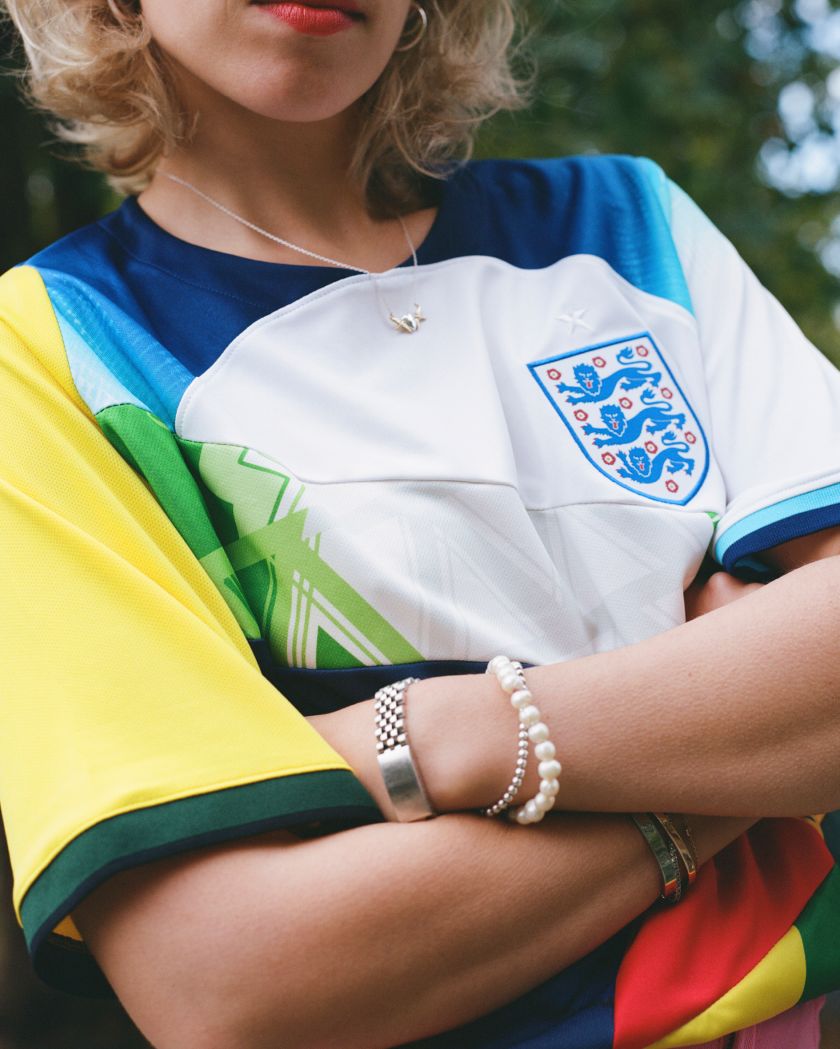 To help promote the shirt, Show Racism, the Red Card even cast multi/dual heritage models from around the country, including Sonia from Shoreditch. She said: “I’ve lived in London for three years and what makes it so vibrant is its diversity – it doesn’t matter what your heritage or background is, when it comes to the World Cup, it feels like the whole nation unites together as one.”

Meanwhile, Rob Doubal and Laurence Thomson, chief creative officers at McCann UK, add: “Launching the unofficial England shirt in collaboration with Show Racism the Red Card is a proud moment for us – we’ve been working on this project since the Euros final last year when some of the squad were subject to totally unjust and abhorrent racist abuse. We hope this idea positively highlights the intersection of national identity, culture and football at large.” 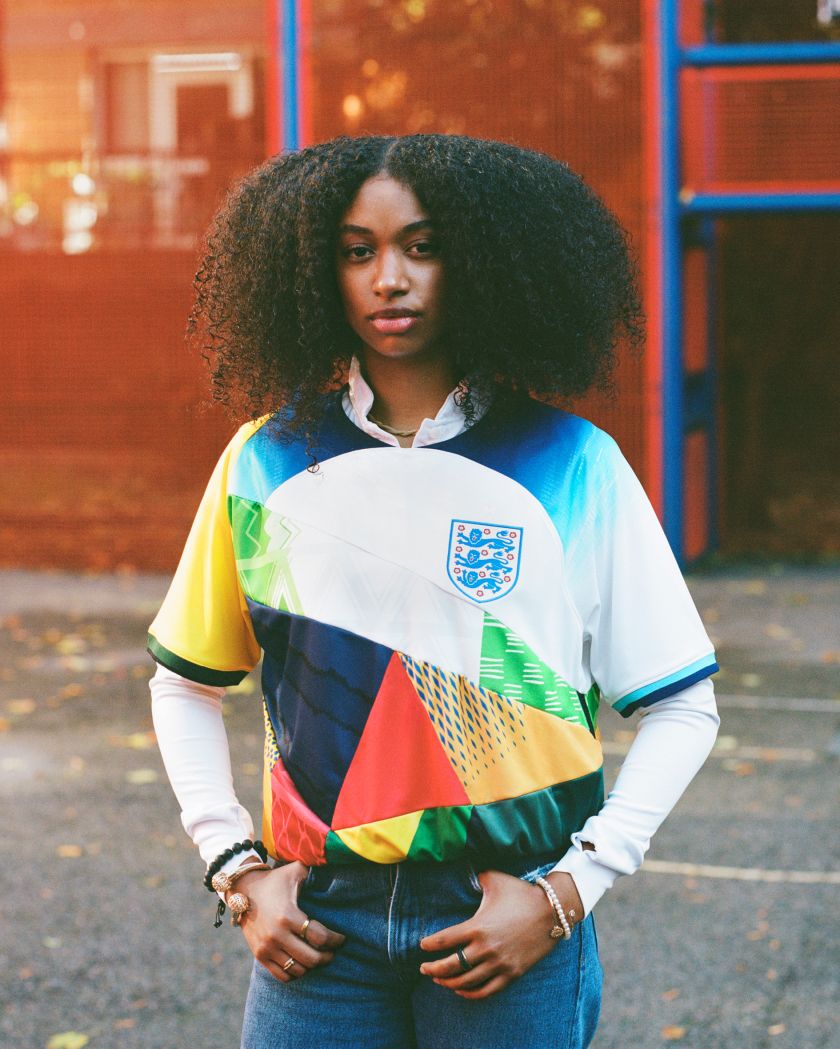 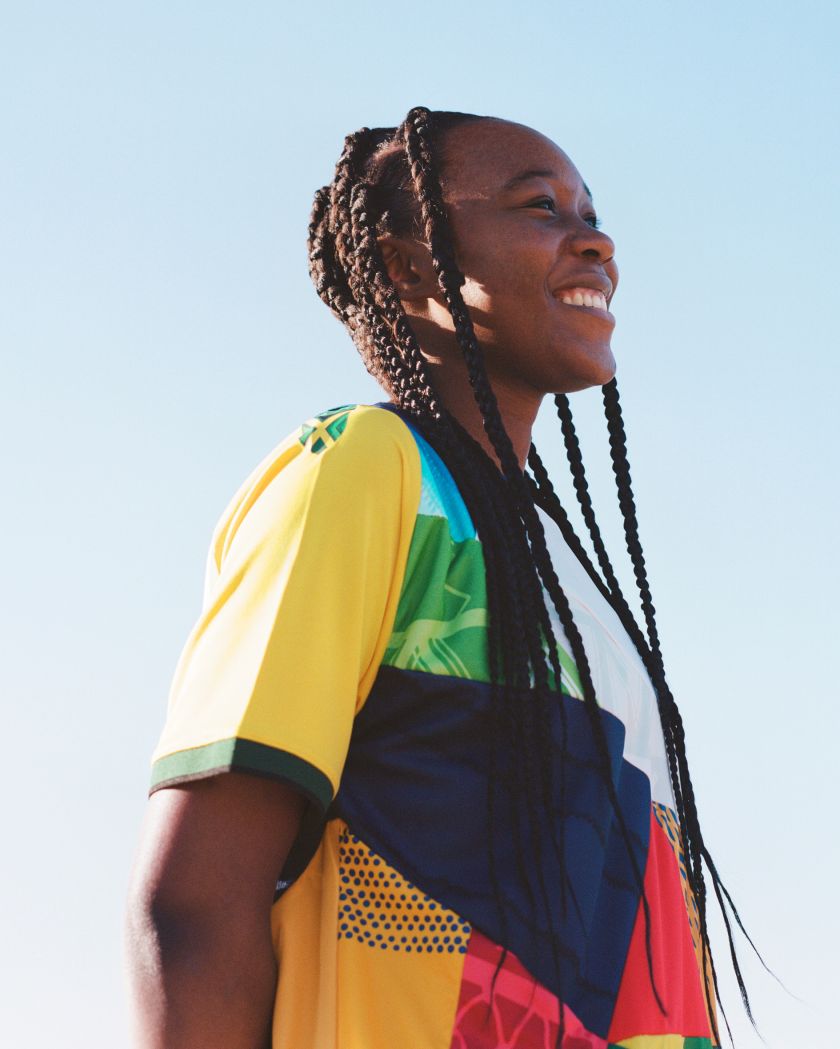 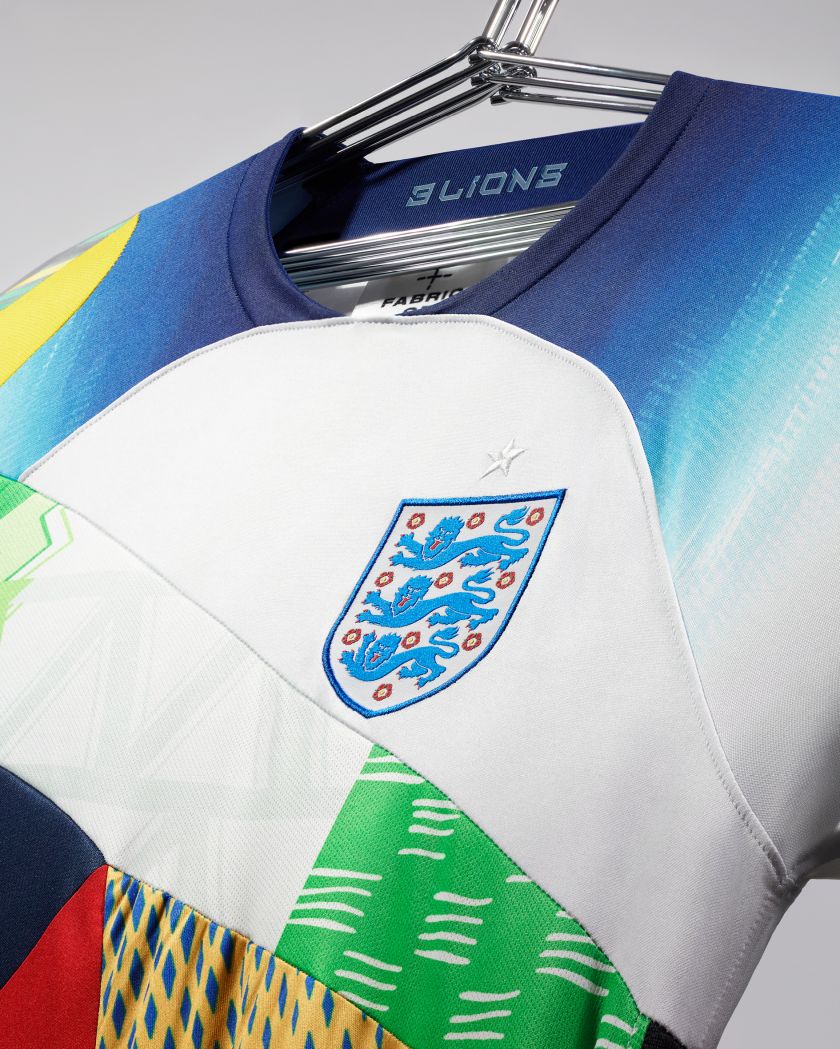 A limited run of the shirts has been made to be used as an educational tool by Show Racism the Red Card as they go into schools to talk to children. The campaign will also run across the charity’s social media channels to help support its goal to eradicate racism within professional and grass-roots football.

And if you want to do your bit to help stamp out racism and support Show Racism the Red Card, head over to its , where you’ll find a wealth of tools and resources.