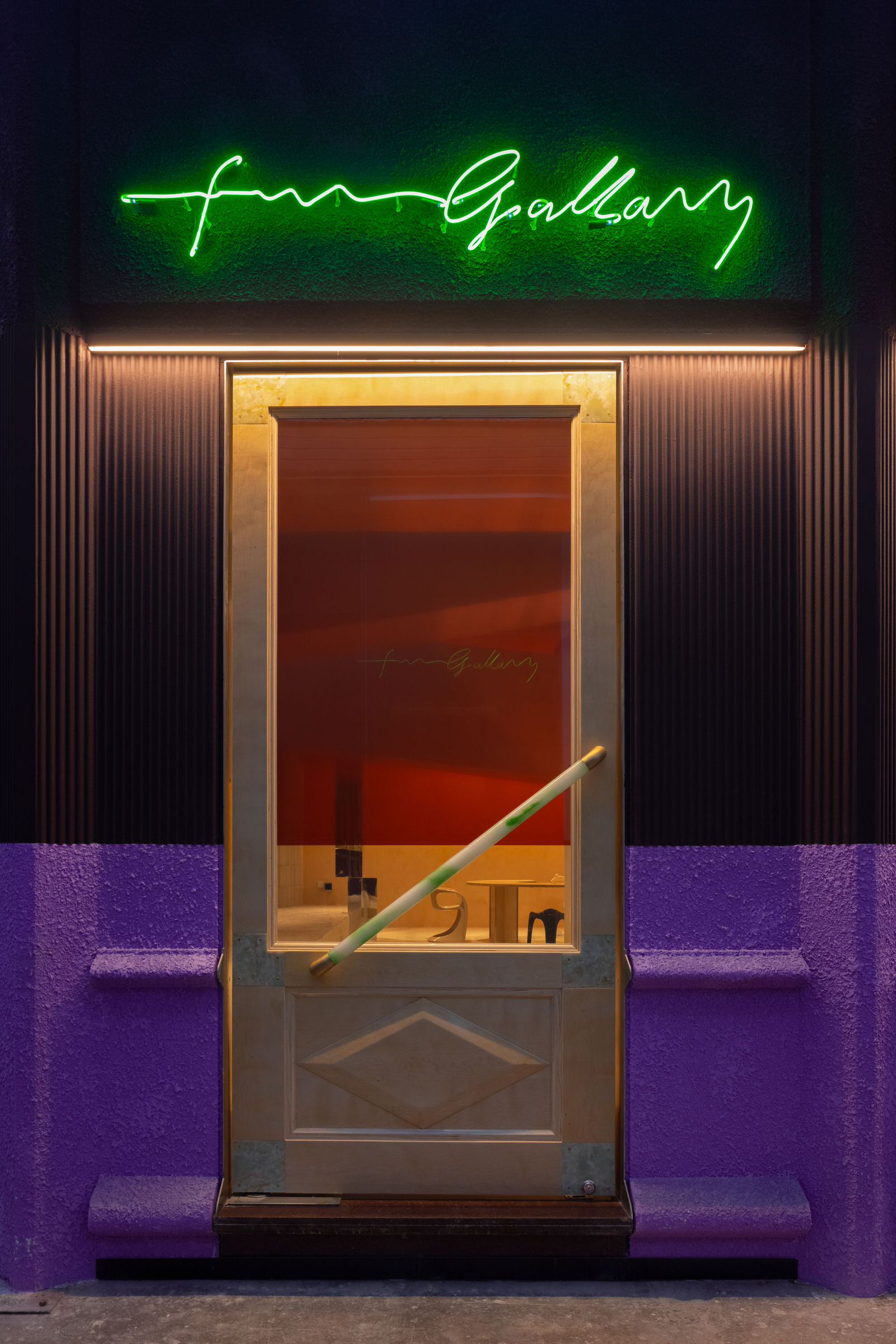 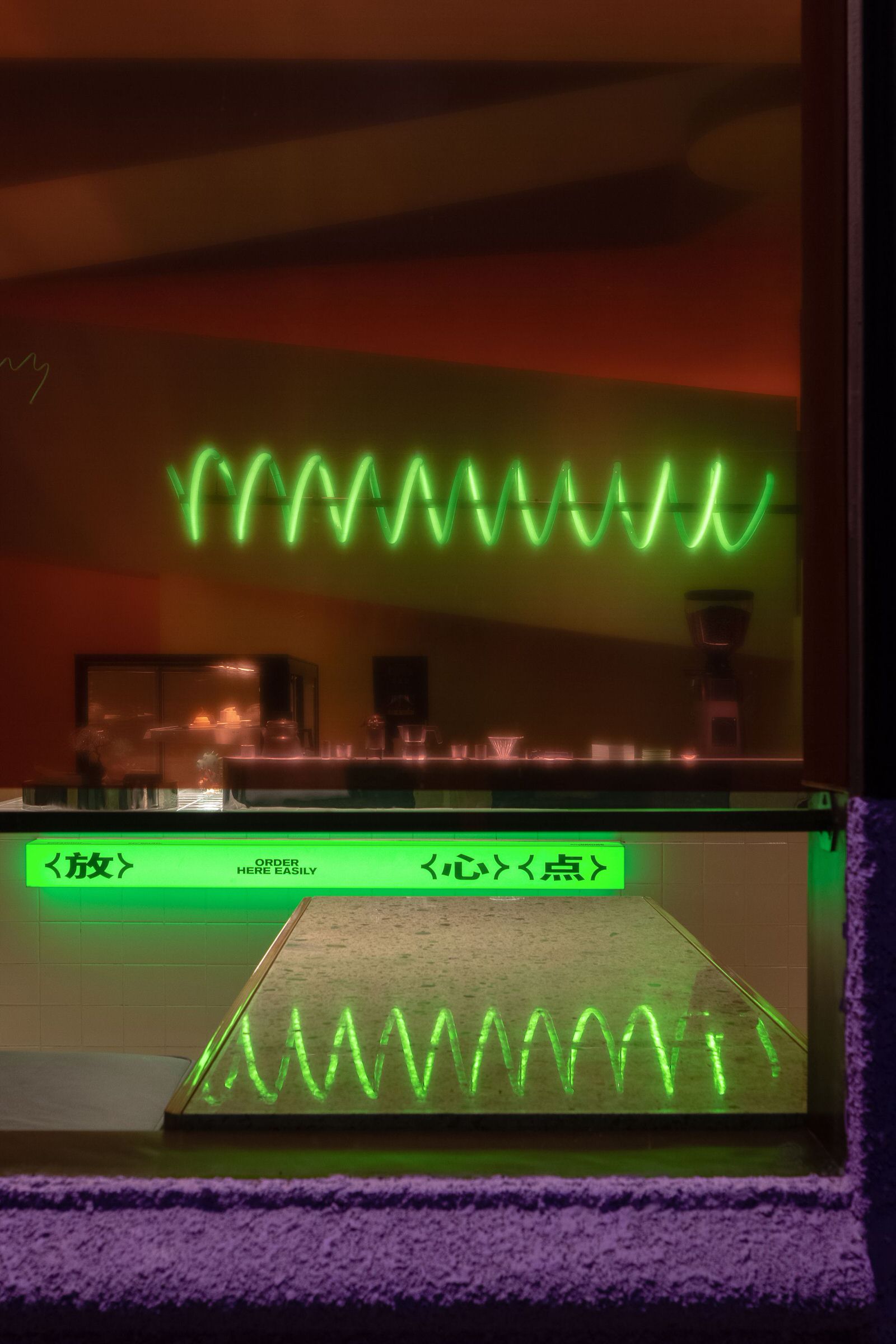 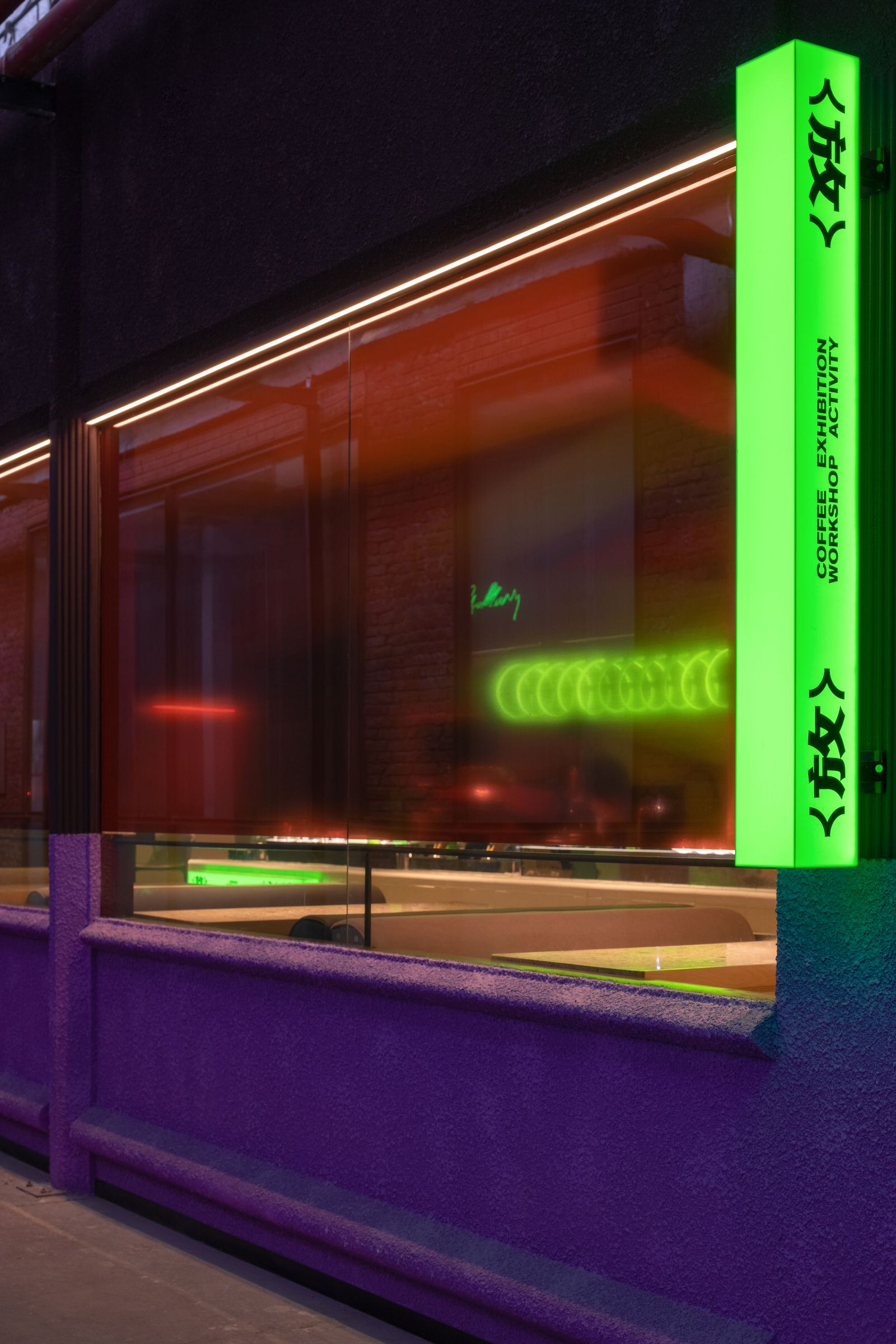 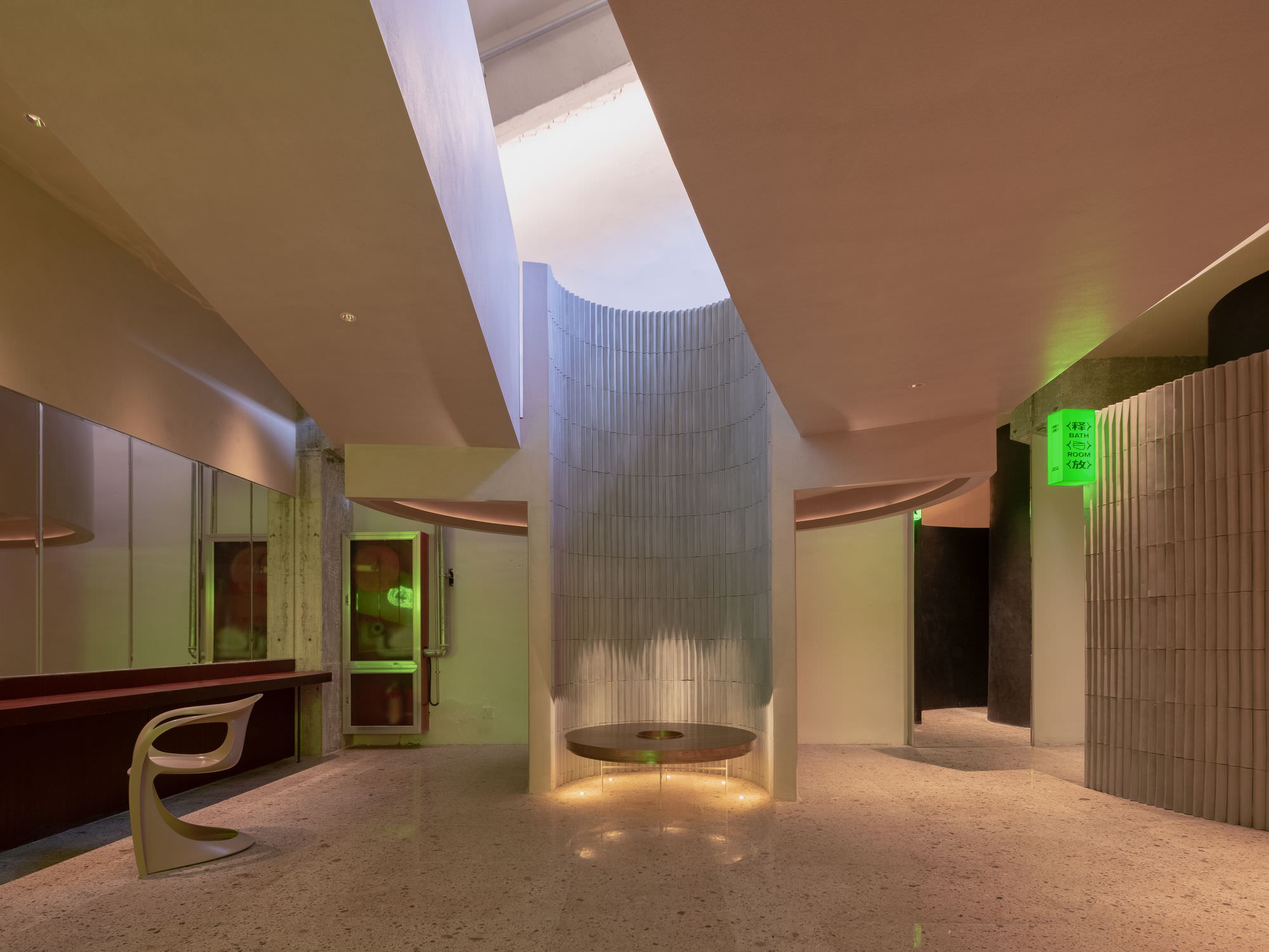 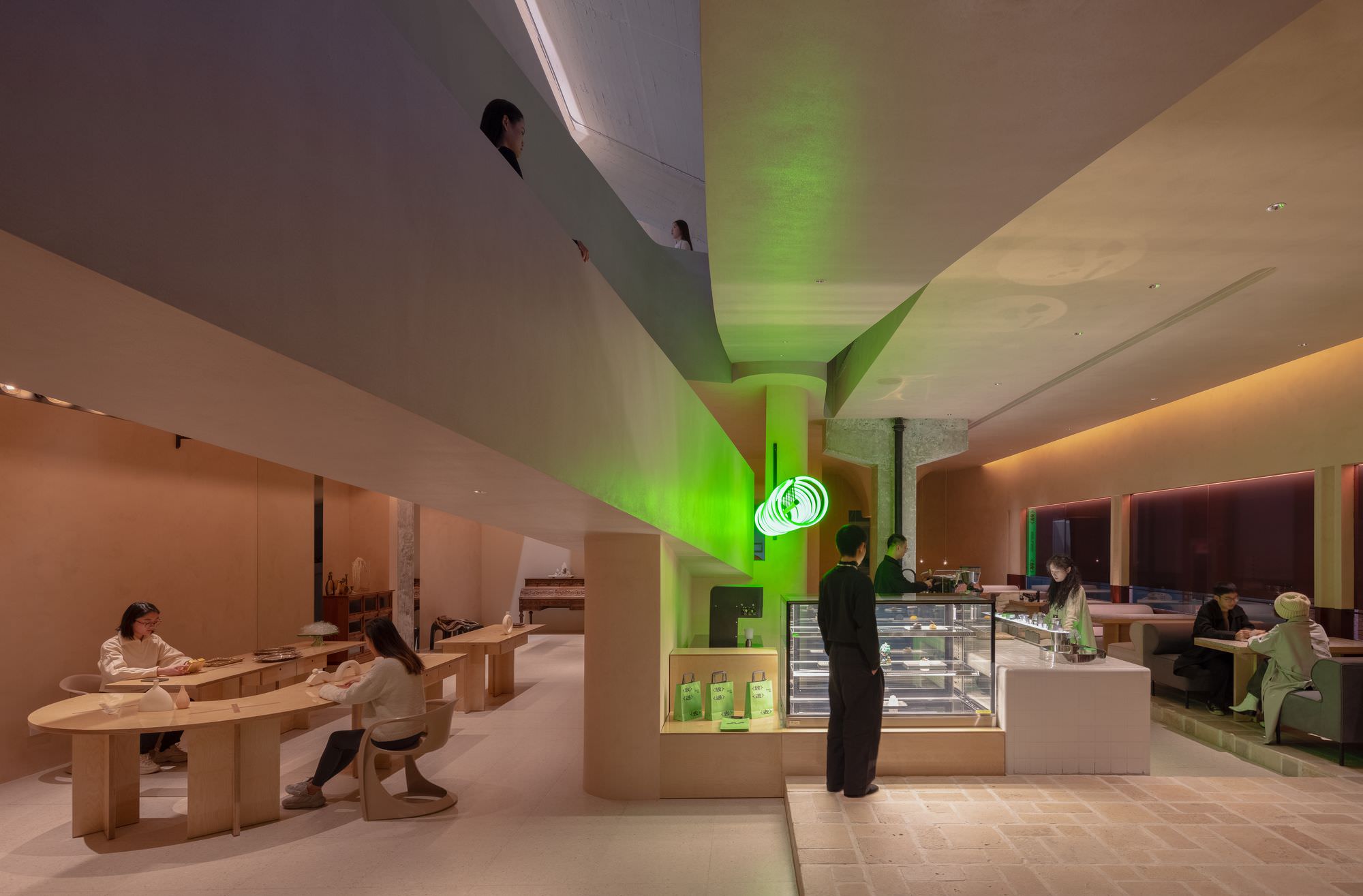 FUNFUN Gallery is exactly what it sounds like—fun, fun, fun, in big capital letters. Situated in an old building that once housed the silk printing and dyeing factory, the cultural and creative park-cum- retains the factory’s 1950s industrial hallmarks—most notably its single-pitched roof, cement trusses and high daylighting windows. “The project is positioned as an integrated exhibition space for art and cultural exhibitions, as well as for multimedia facilities and services. It also has a unique cafe,” say Lia Xing and Haifeng Luo, chief designers at Hangzhou-based lialawlab, who were enlisted to turn the factory into a double-the-fun(ction) plaything.

From the very beginning, Lia and Haifeng were clear about one thing—that the space be provisioned for future expansion. “Based on the client’s diverse design requirements and the existing conditions of the industrial building, we decided to adopt a ‘folding’ spatial design strategy. While retaining the magnificent structures of the original building, we defined new boundaries in keeping with the current context,” share Lia and Haifeng. 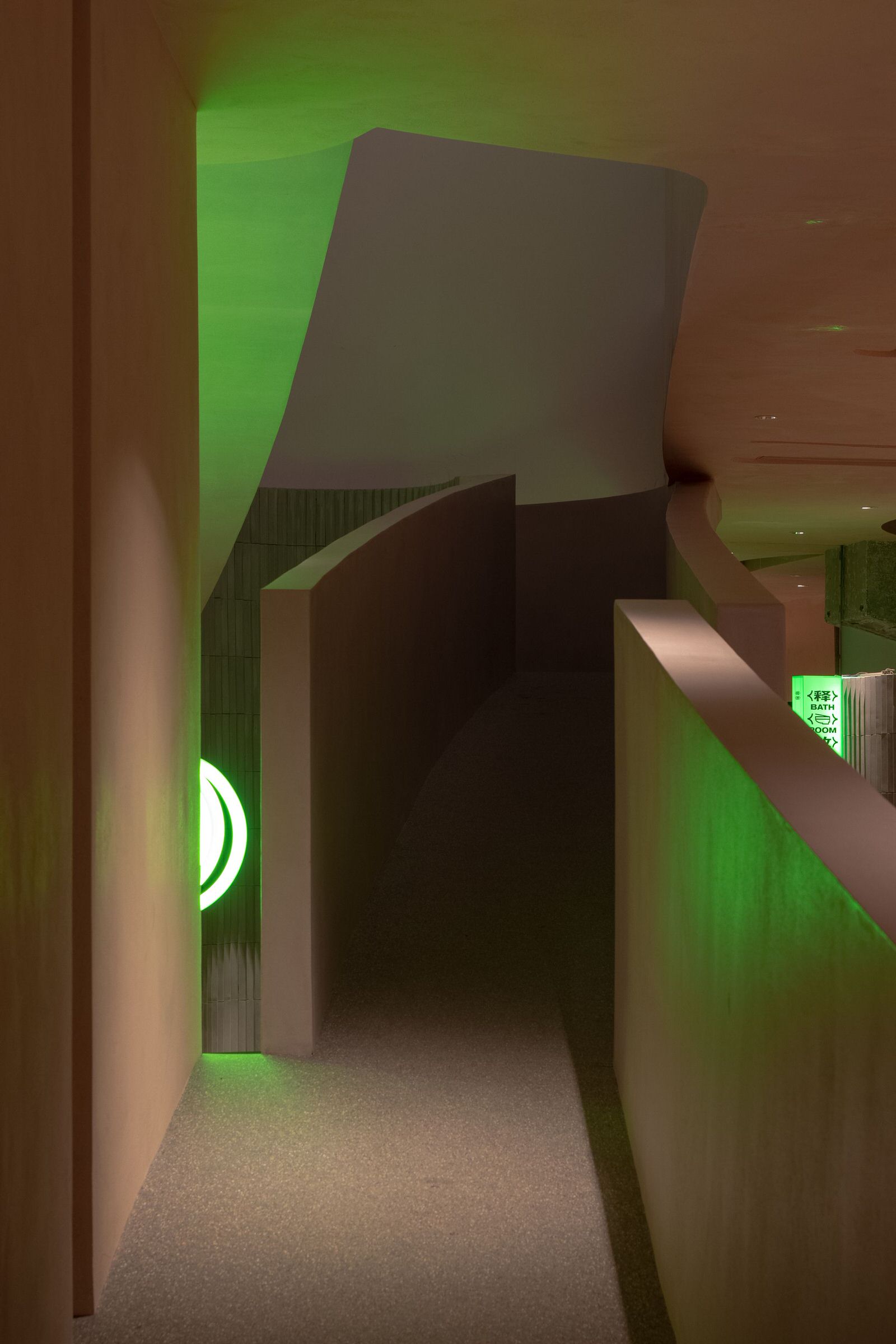 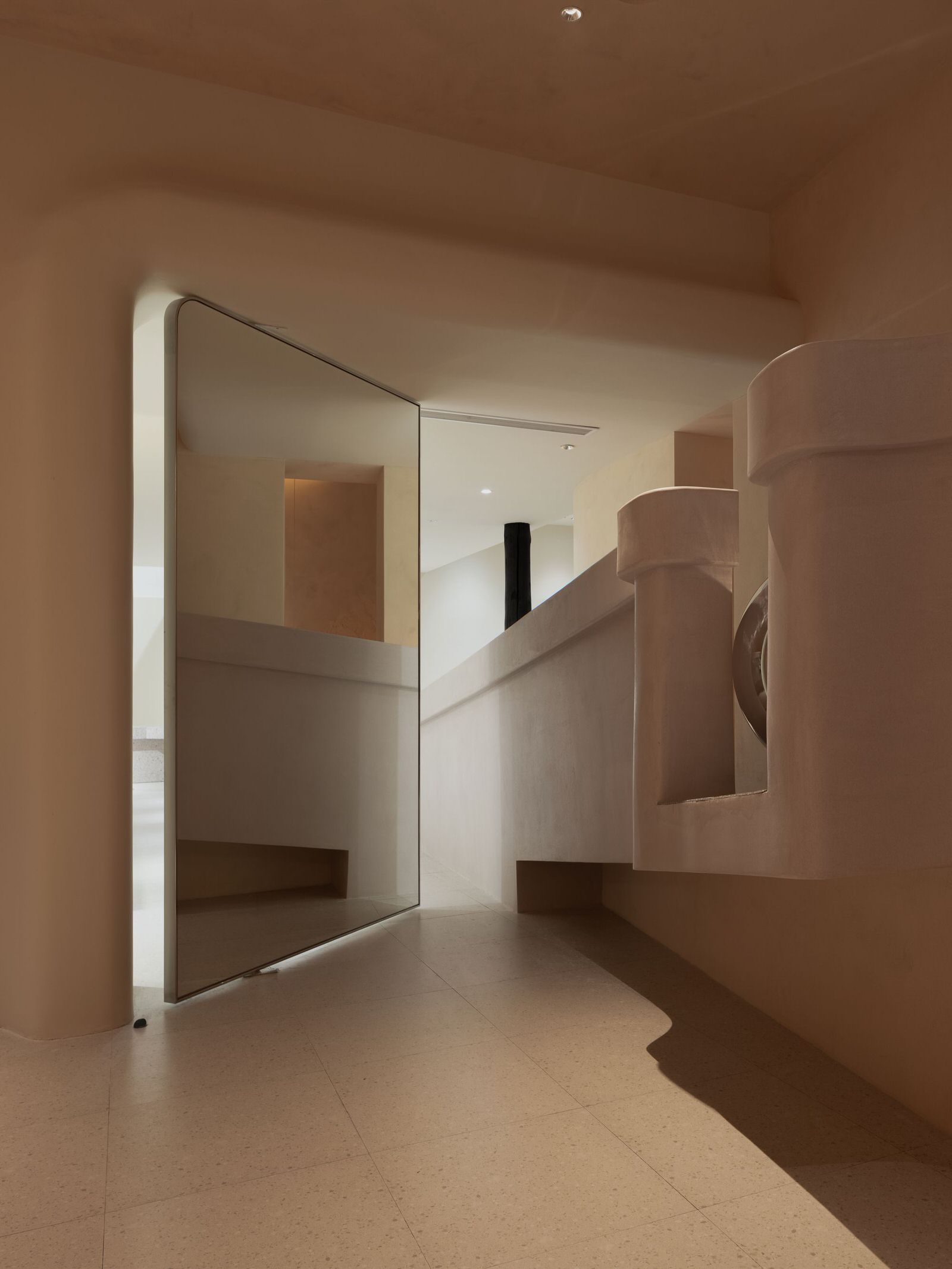 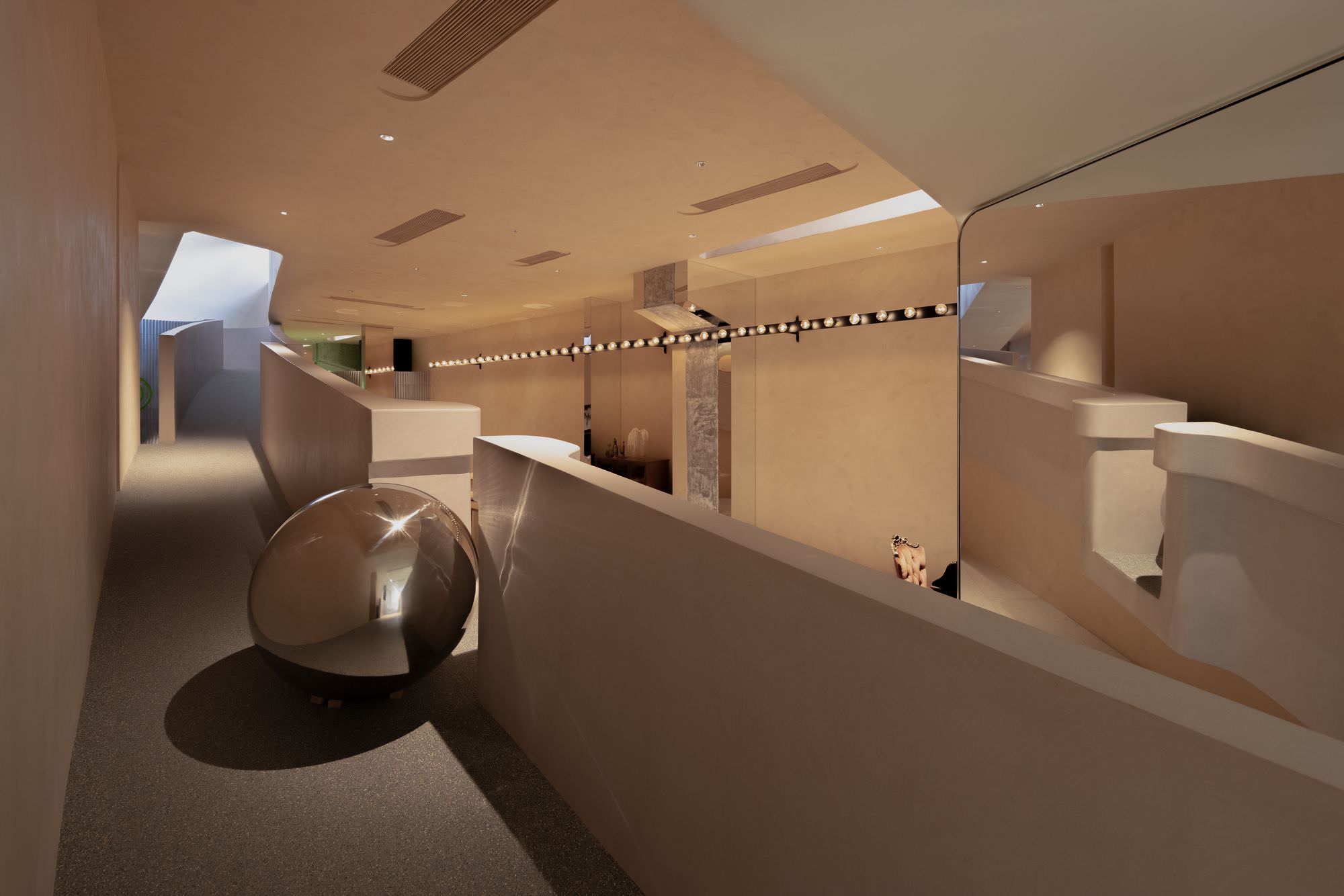 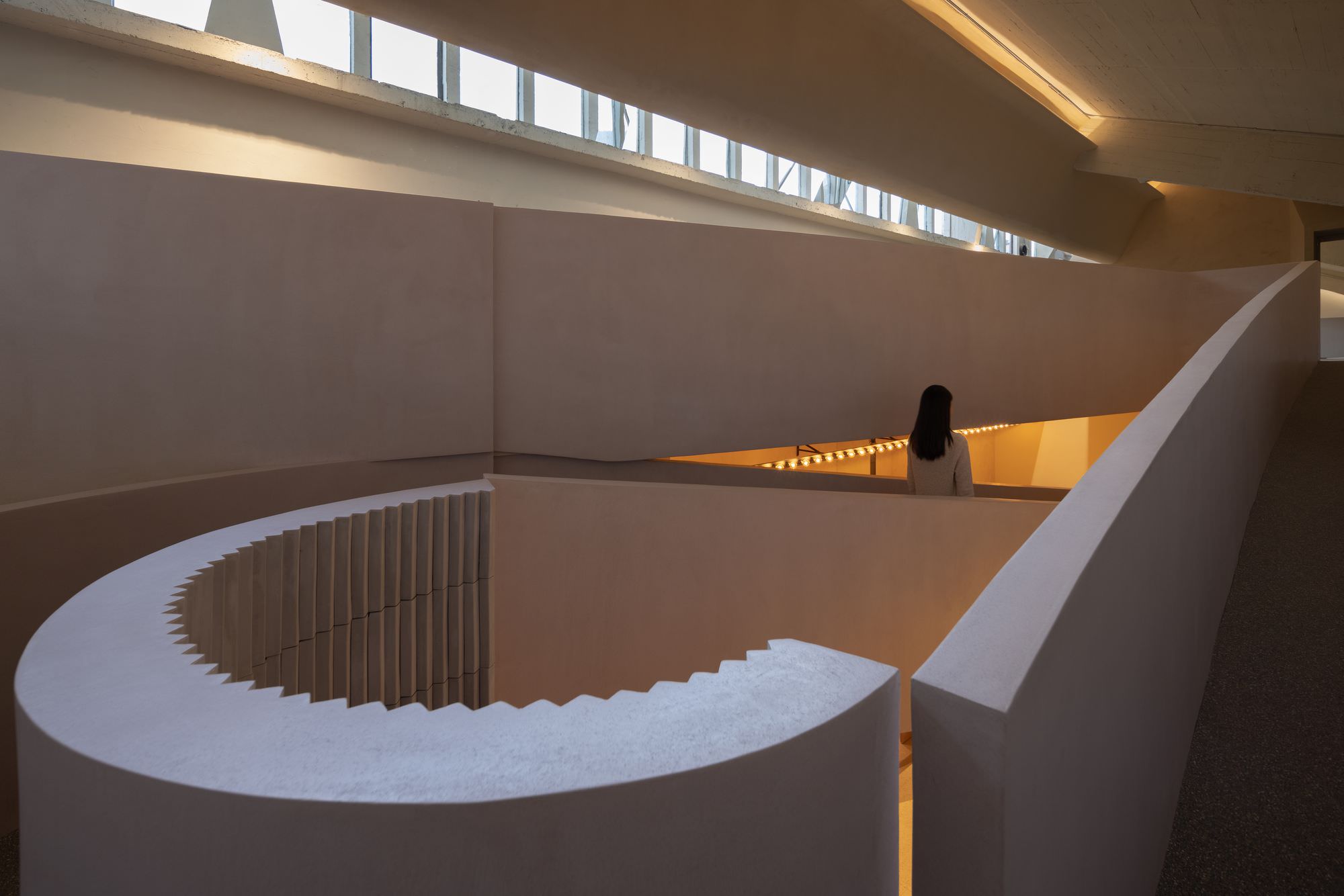 True to their words, the folding treatments emerge like little origami birds when you least expect them: as patterns on the facade, as folding forms on the retro-style door and green resin handle, as a W-like pattern on the jade stone floor. And overhead, as a lofty rippled skylight structure designed to funnel in the daylight.

The pitched roof creates a dramatic gabled interior, with the highest point measuring 8.65 metres, and the lowest a mere 4. But the oldfangled shell is anything but old-fashioned. The facade wears bold colours and textures, while the spaces inside cut a gentle avatar in lavender and mocha. 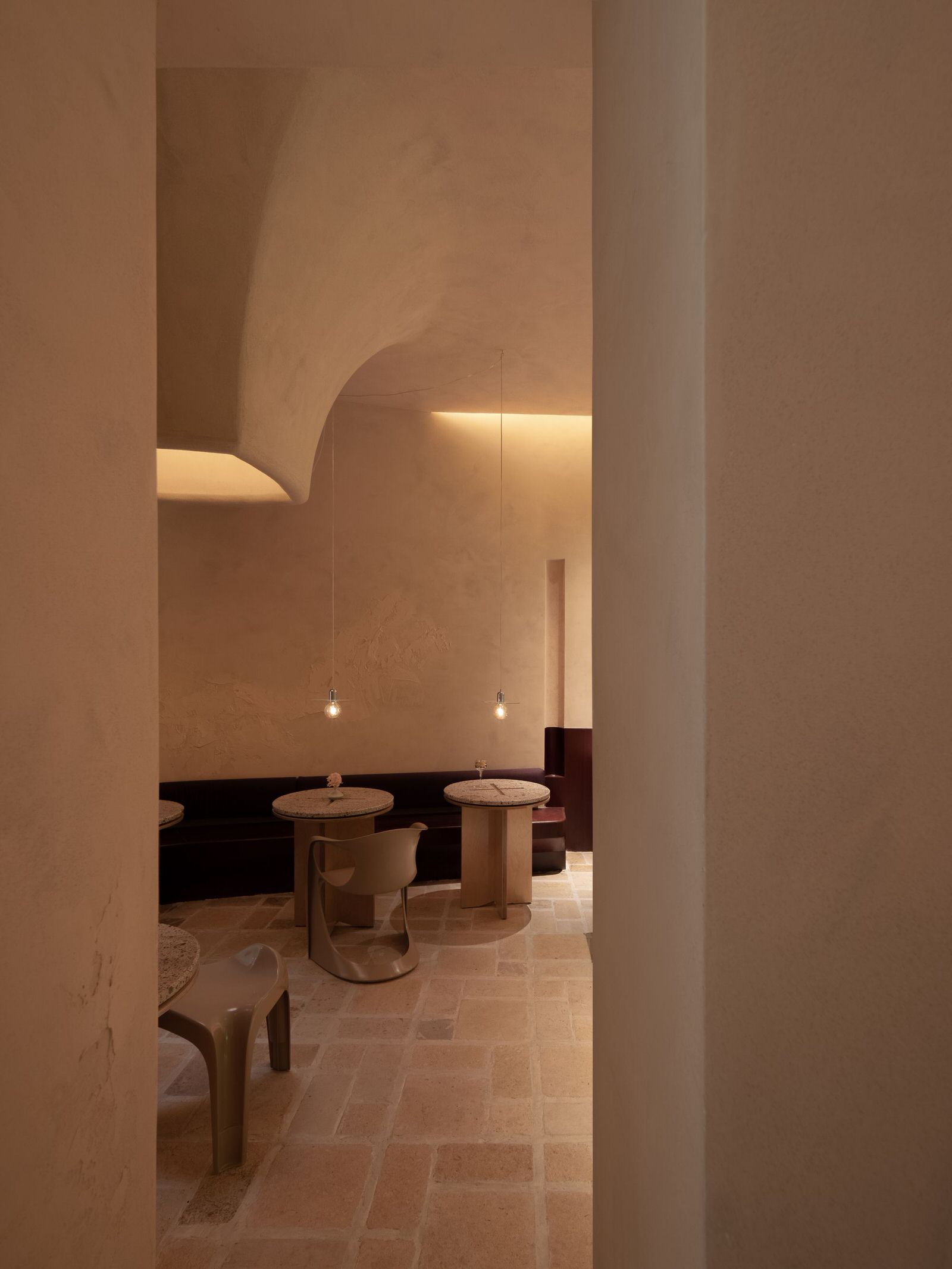 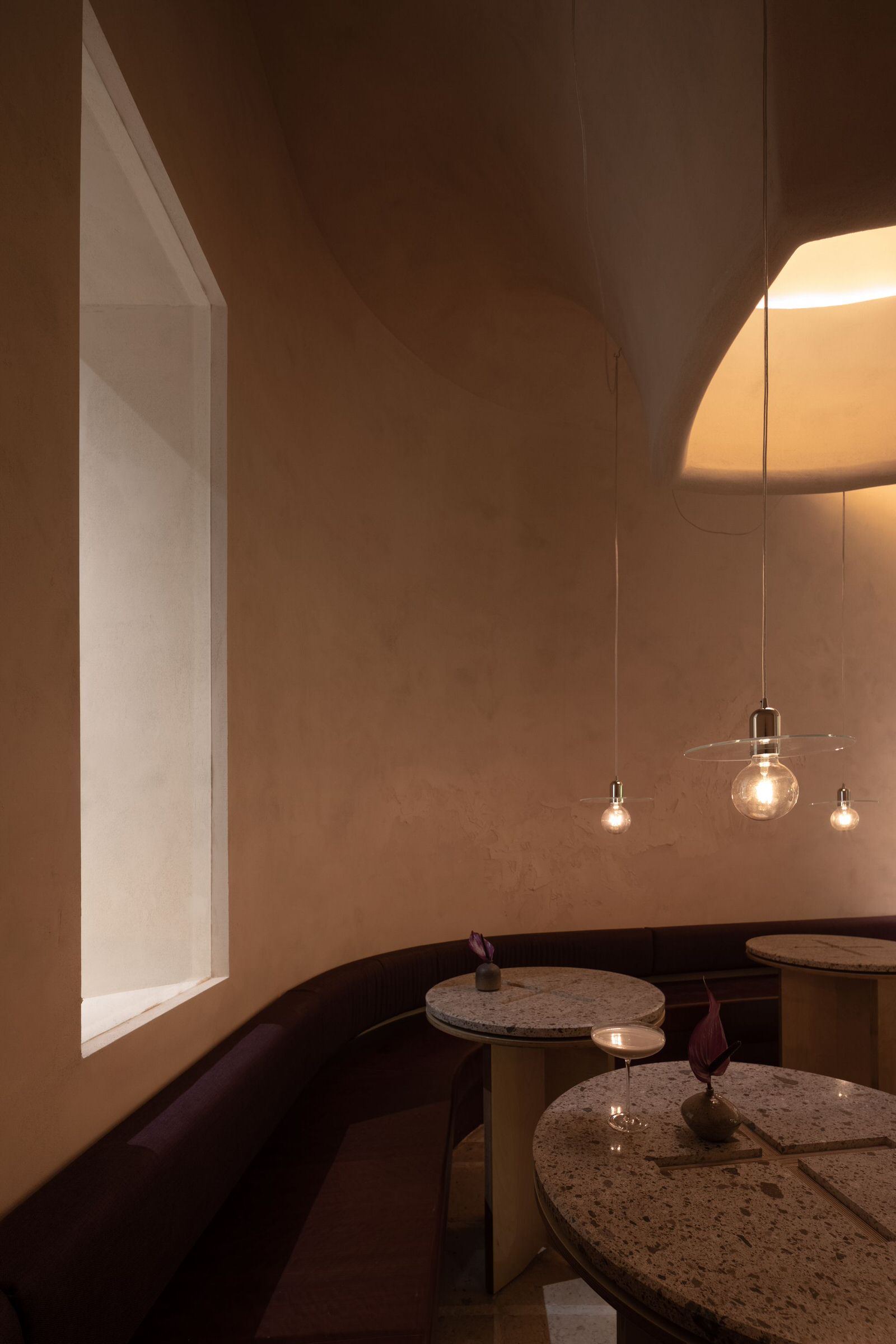 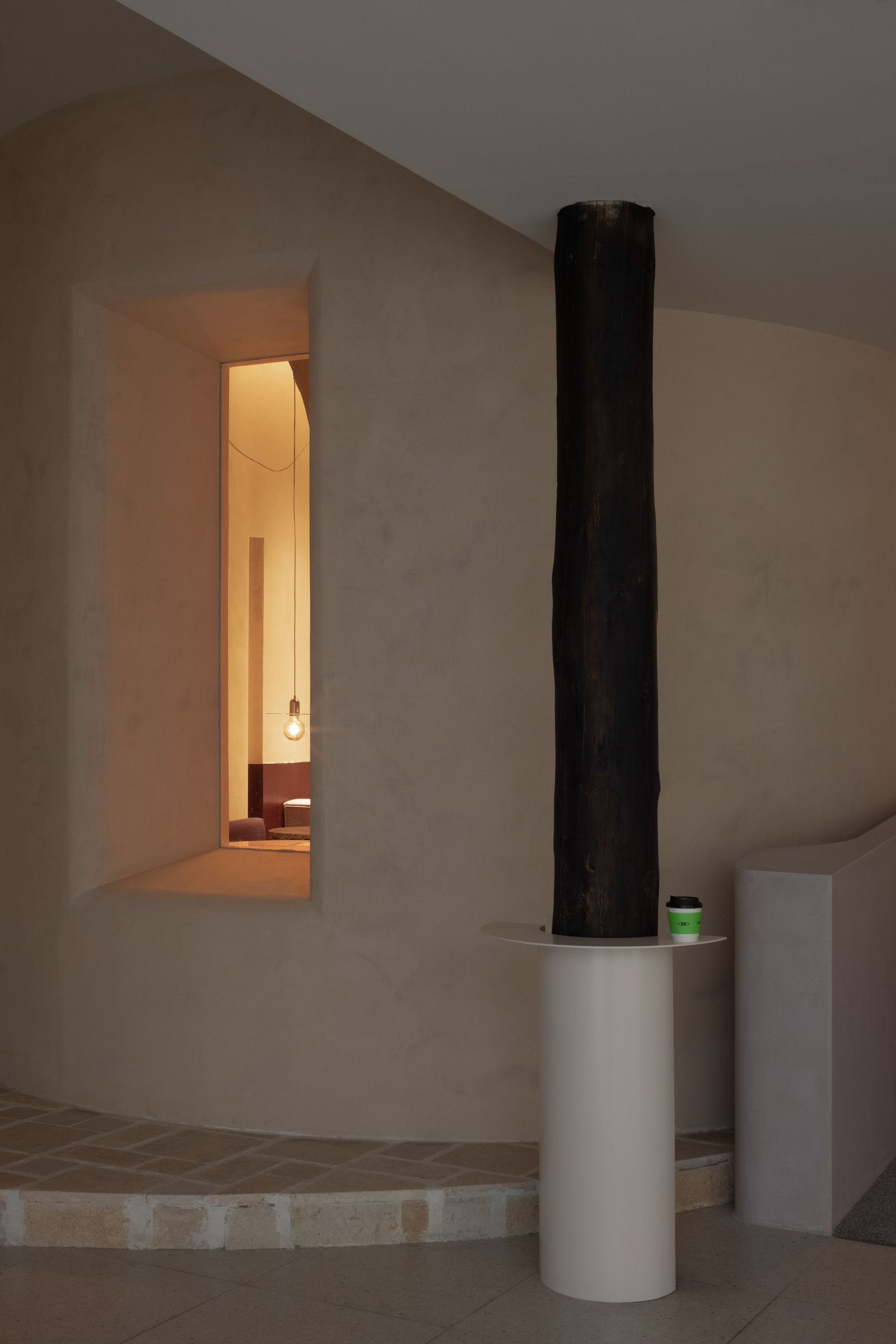 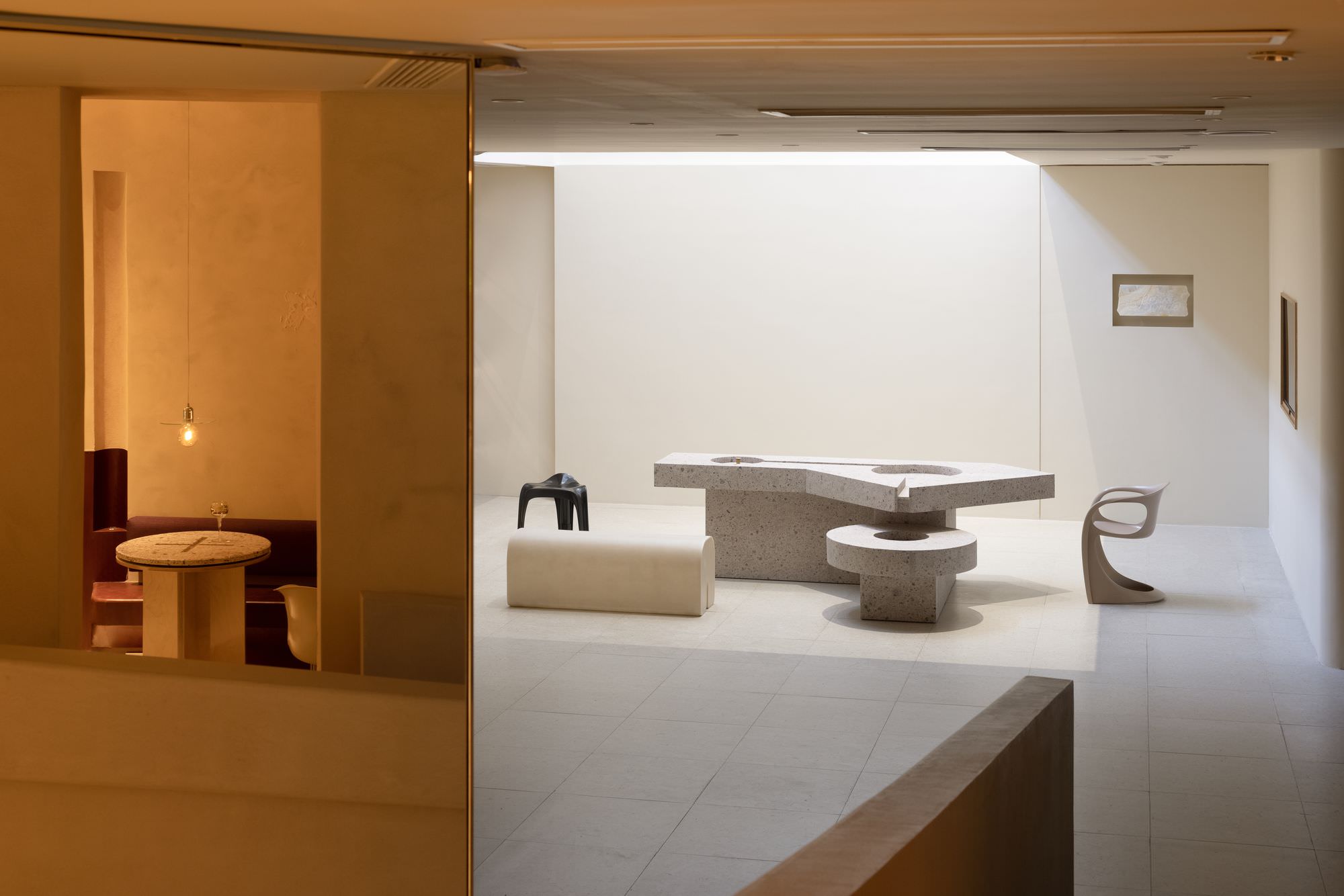 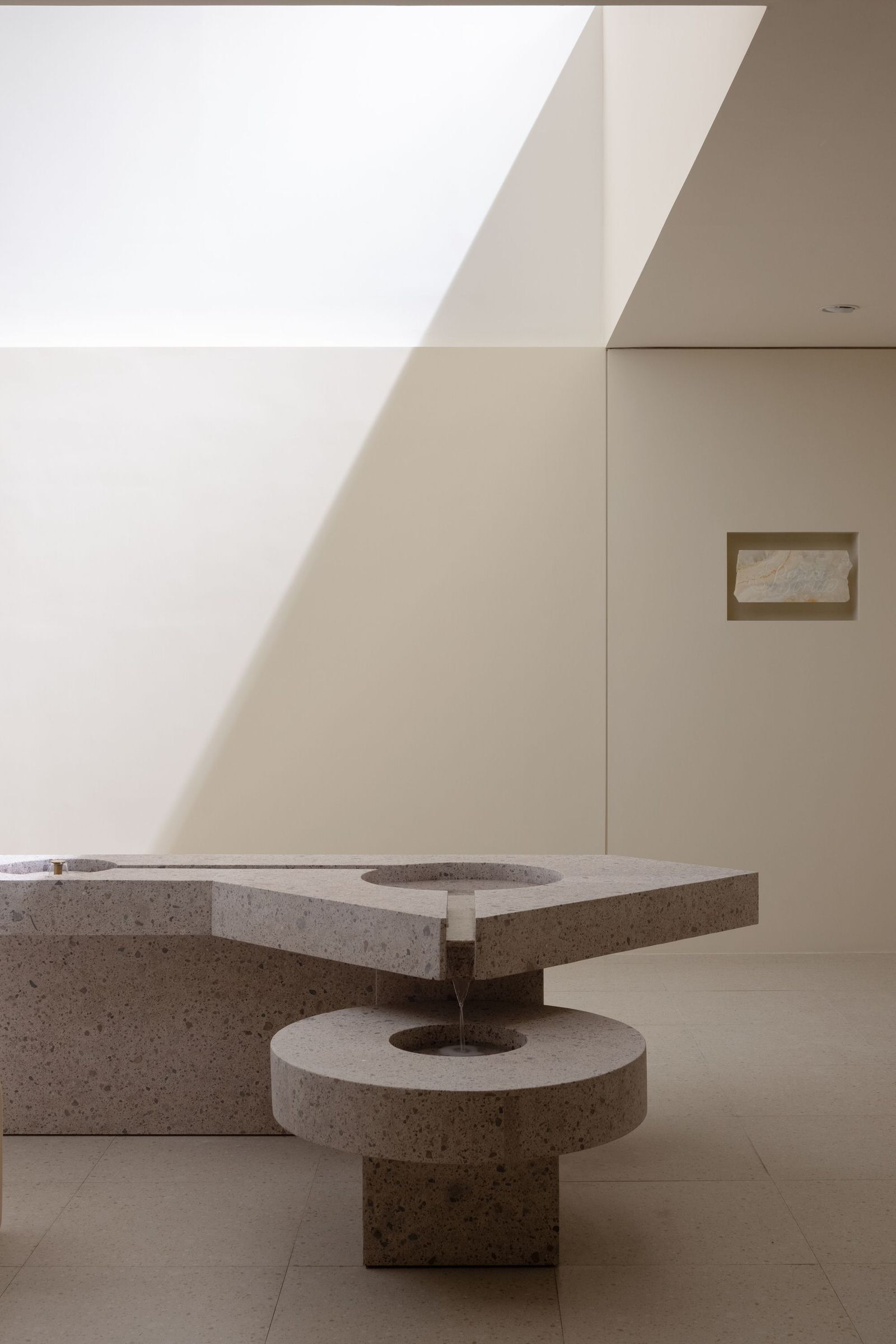 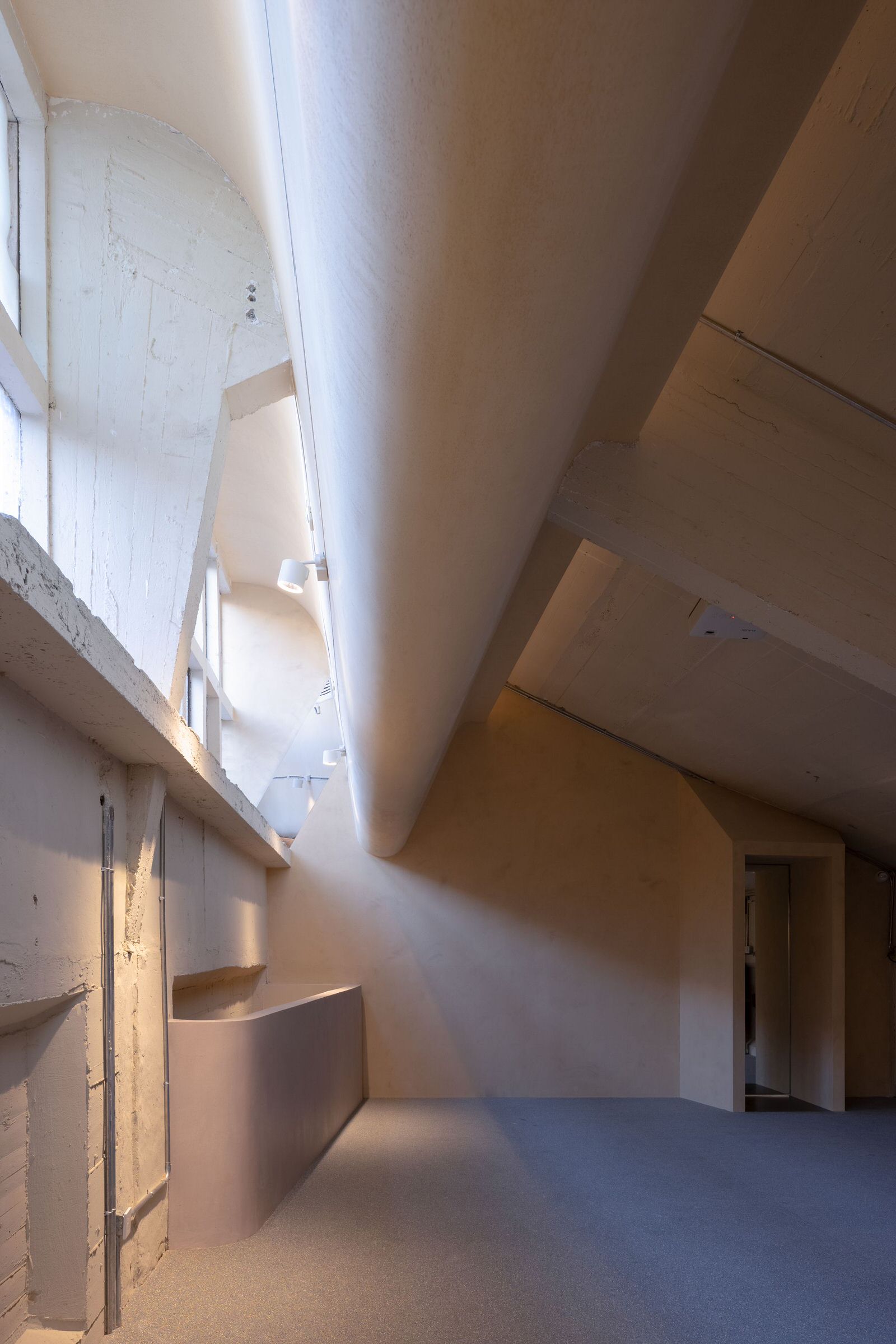 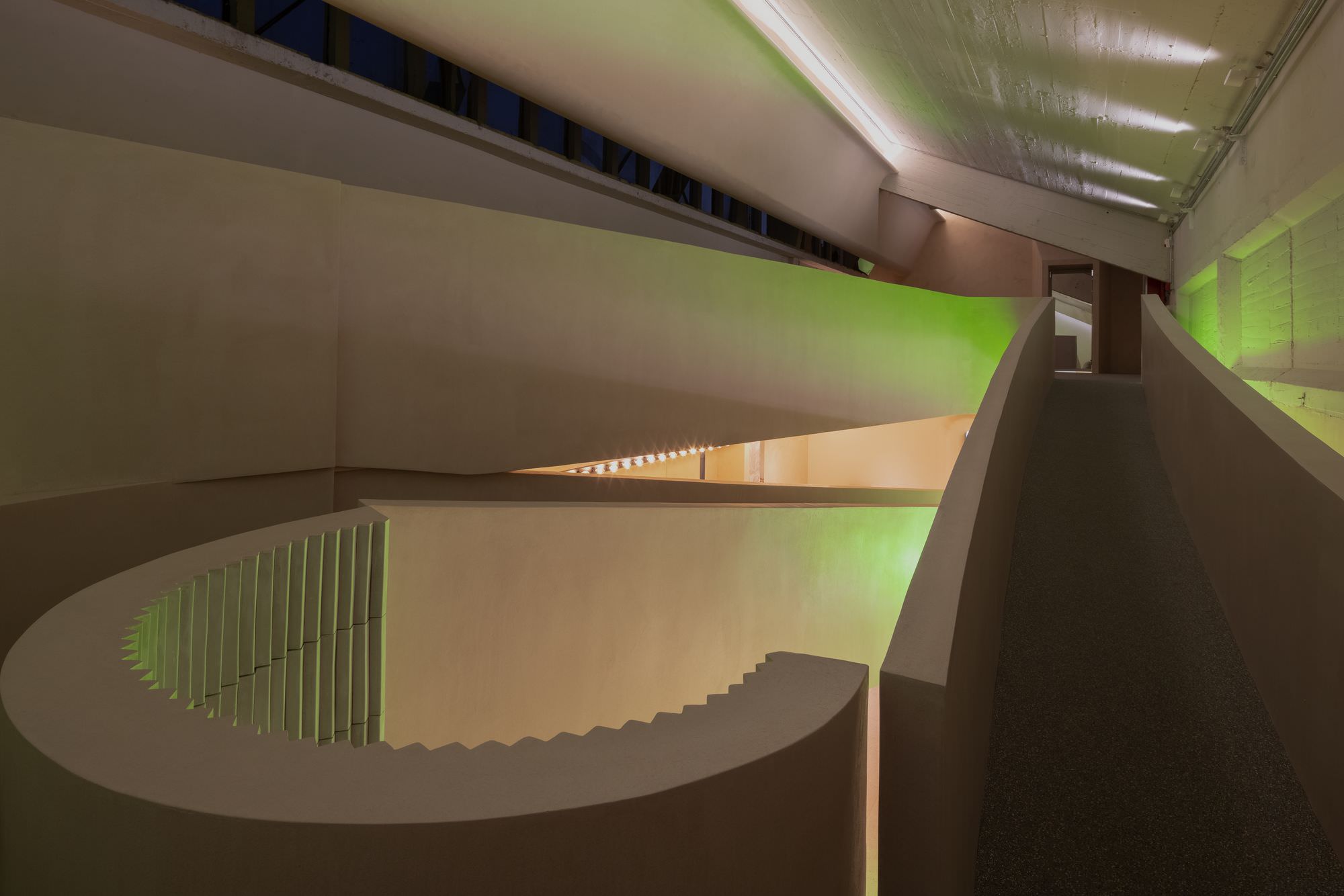 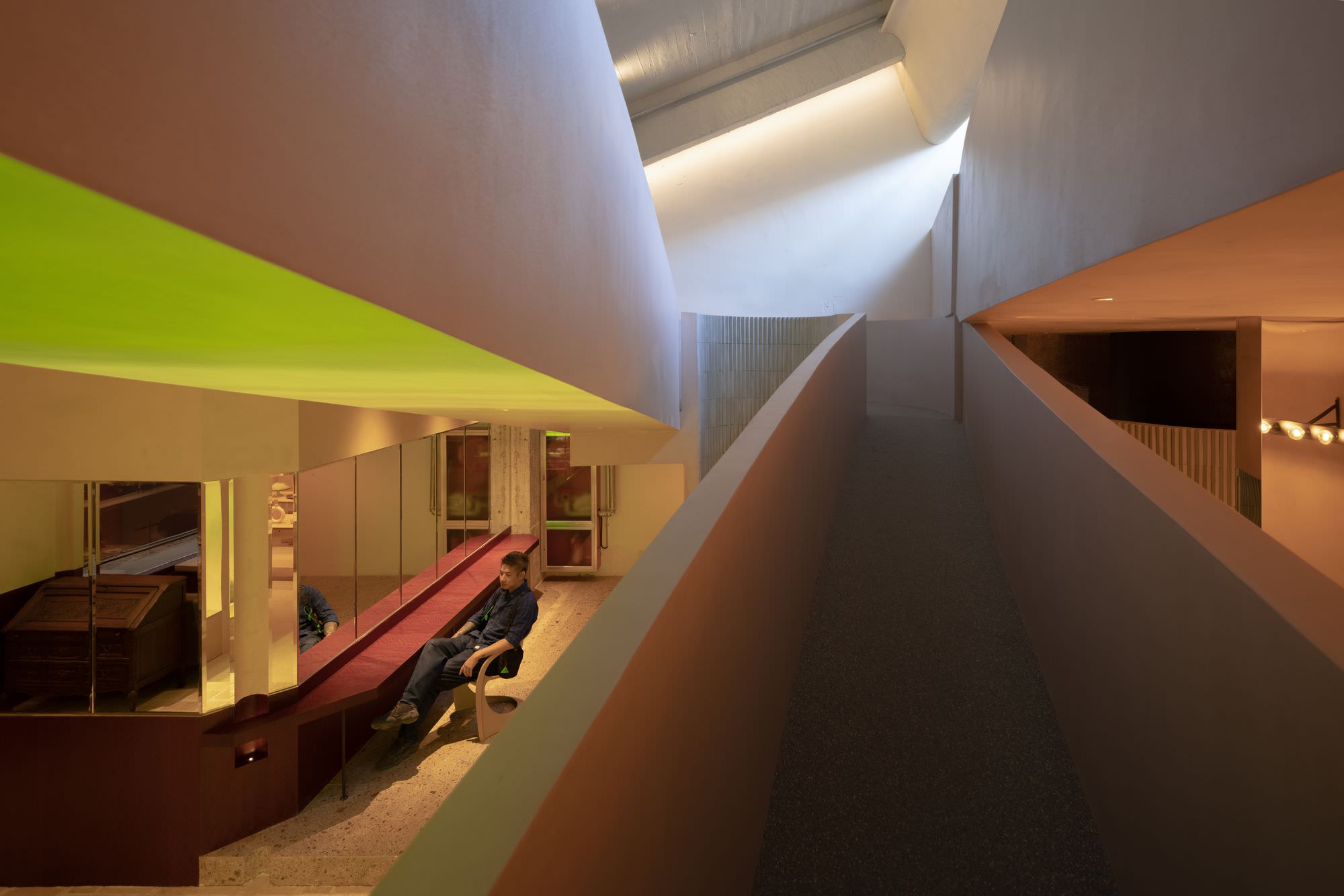 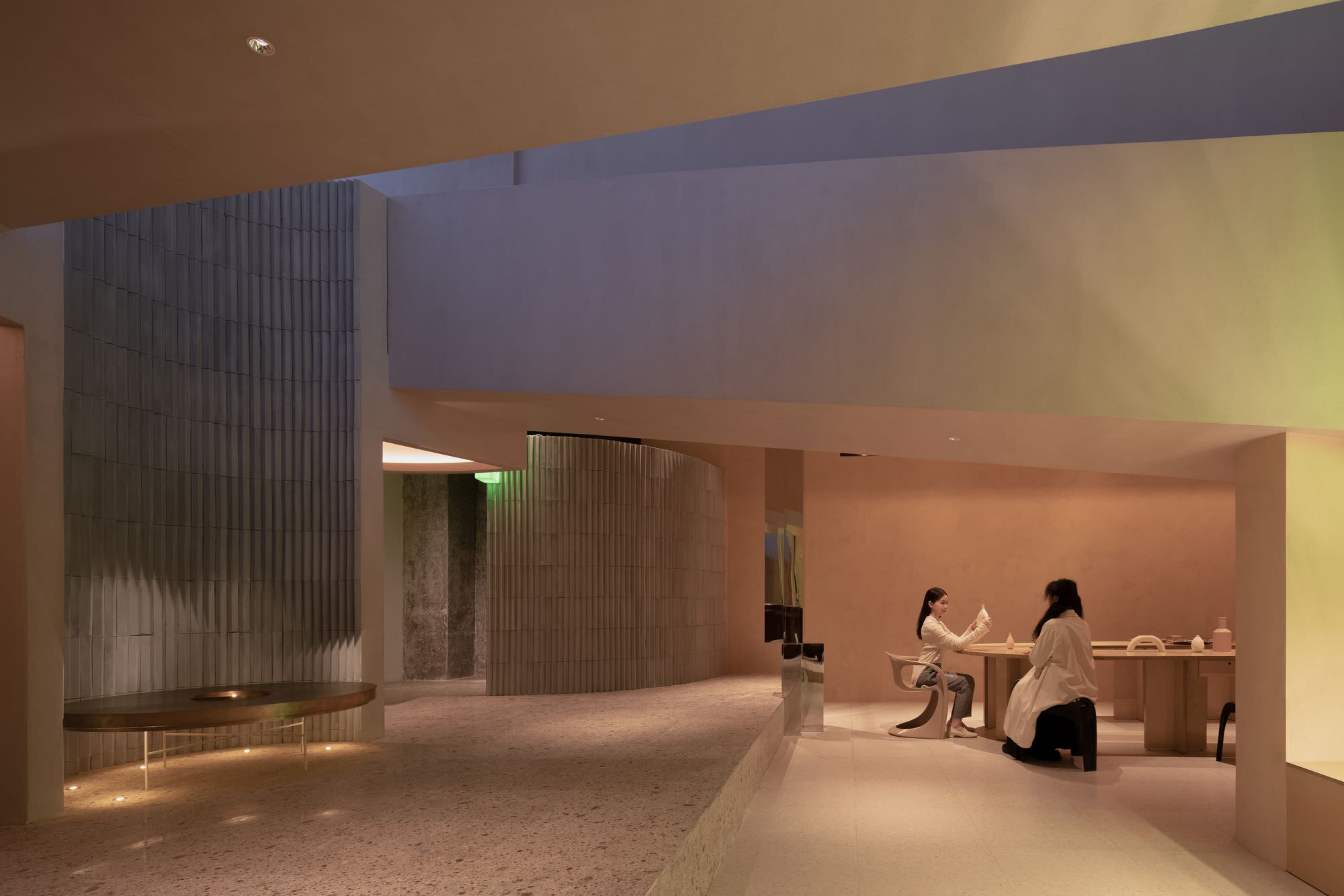 “The proportion between the height and width of the original space made it lack a sense of depth. Therefore, we inserted a curved folding ramp to dissolve the rigid framework of the original architecture and create varied experiences as people move towards the second floor,” say the designers. In almost every space, the daylight plays hide-and-seek, peeping out of gaps, glowing through skylights, and serving as a warm interlude between top-and-bottom ramps.

For an industrial building that once riffed on spartan, FUNFUN Gallery delivers an object lesson in clean lines, powerful materials and contrasting hues. In the designers’ own words, it’s a kaleidoscope of “freely extending surfaces supported by a solid foundation”, where contradictions and complements sit on the same plane.