Leaders in the limelight: 13 firms who are On The Move 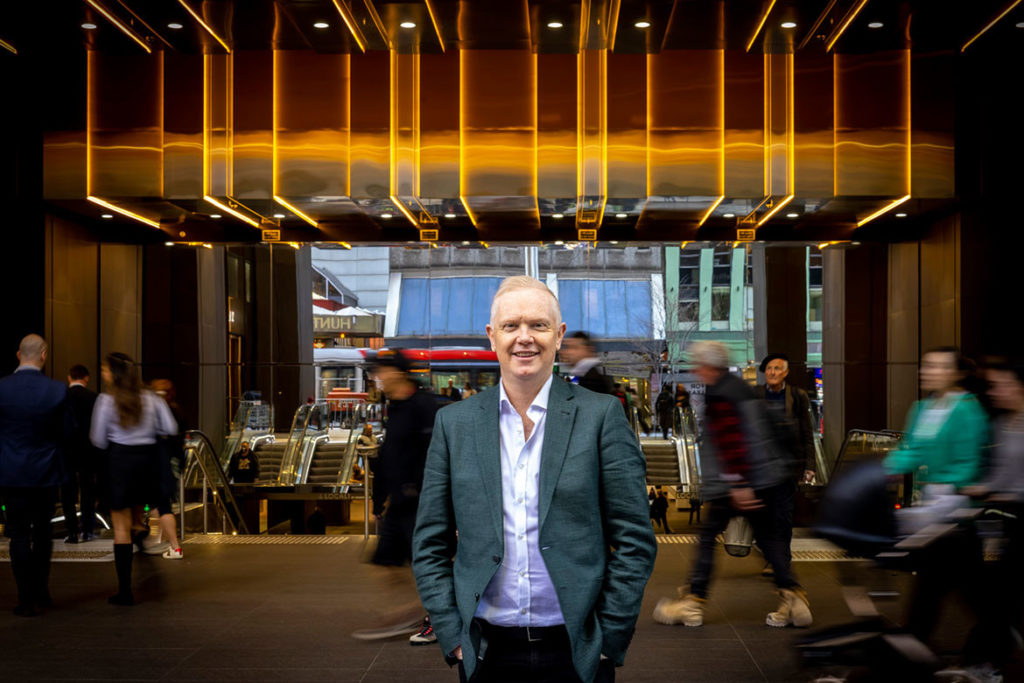 The shifts and new appointments in this month’s workforce include David Clark’s new consultancy, Positive Zero, all the changes in Conrad Gargett’s leadership, and Buchan’s new studio. Welcome to this month’s On The Move.

Tim Moore (pictured above) is a highly experienced strategic planner. He has been appointed as a new principal at . Moore will be joining Architectus’ national urban design and planning team.

welcomes Lucy Carruthers to the senior leadership team as managing principal and COO. Lucy’s depth of experience in architecture and business management will see her play a significant role in supporting growth in the practice, with a focus on operational management and helping to drive the national project pipeline.

has entered an exciting new phase in the growth of its Melbourne practice with the appointment of Jasmine Ong as Studio Director. Ong is the national director and company secretary of the Australian Institute of Landscape Architects.

As a designer and leader defined by her passion for climate-positive design and inclusive leadership, Ong says, “I’m hopeful my experience across two decades will be useful, and I can’t wait to build on the success of the studio with Kirsten Bauer and Matt Mackay.”

Sustainably designing spaces to be more flexible, productive, and comfortable when they might otherwise be cold and underutilised is Michael Tyerman’s new but familiar crusade.

Joining as its A&D specification manager, Tyerman has an extensive background in acoustics and ergonomics. Tyerman aims to push Bromic Heating beyond hospitality and to make a mark on understanding the spaces we gather, learn and heal in.

Literally on the move, has recently moved into its new Perth studio at 44 King Street in a fortunate turn of events that saw the design firm occupy the very building its founding partner, Charles Oldham, designed in 1904.

Perth Principal and Buchan Director, Andre Jones, says the move unearthed an extensive archive of historical architectural drawings of some of Perth’s earliest infrastructure, dating back to the 1890s. His team now enjoys views from the studio’s grand inter-war windows, overlooking many of Buchan’s earliest projects in the CBD heart.

(CHC) has announced the promotion of Stephanie Wan (Education) and Teddy Chung (Mixed Use) to the new role of associate partner. This recognises the expertise, leadership and influence Steph and Teddy offer, and opens up a new pathway to partnership opportunities at CHC.

leadership team continues to grow, announcing 17 new senior appointments across its studios. Amanda Oates has been appointed Principal in recognition of her leadership on several large-scale and complex health and defence projects. Ben List has also been promoted to Principal for contributing to the practice’s heritage team.

, the pioneer and leading manufacturer of soundproof private spaces, has boosted its presence in the market with the appointment of Daniel Judd, the new Area Manager, Australia and New Zealand.

Across its Brisbane, Sydney and Melbourne studios, has announced nine new promotions, with five new Senior Associates and four Associates. “These promotions are recognition of the meaningful contribution that these individuals make through their every day leadership in our studios,” say Hayball’s Co-Managing Directors, Tom Jordan and Sarah Buckeridge.

After 18 years of being with Cundall, David Clark has announced the founding of his new sustainability consultancy, . Clark brings decades of experience and ambition to his new consultancy after being a project director, multi-disciplinary engineering designer, and thought leader in sustainability.

Melbourne architecture and design studio is embracing a changing of the guard as Ros Magee moves into a consultancy role within the business. Robert Pahor, Annie Robinson and Scott Allardyce will now, jointly, head up the practice.

Whilst Robert and Scott are architects and Annie is an interior designer, clients will benefit from their collective expertise as they steer Spowers towards future success.

Naomi Herzog has joined the practice as Principal – Business Development. An accomplished business development professional, Naomi’s career in the property industry has given her broad experience right across the design, development and construction cycle. And Brisbane team members Alex du Plessis and Armin Causevic have been promoted to Associates.

The appointments coincide with the relocation of ThomsonAdsett’s Brisbane studio to a new workplace on the ninth floor of Jubilee Place in Fortitude Valley. Practice CEO Cameron Frazer says the move will accommodate growth as the practice builds cross-sector capability in health, education and senior living.

Keep Indesignlive up to date with your On The Move news; contact us here.