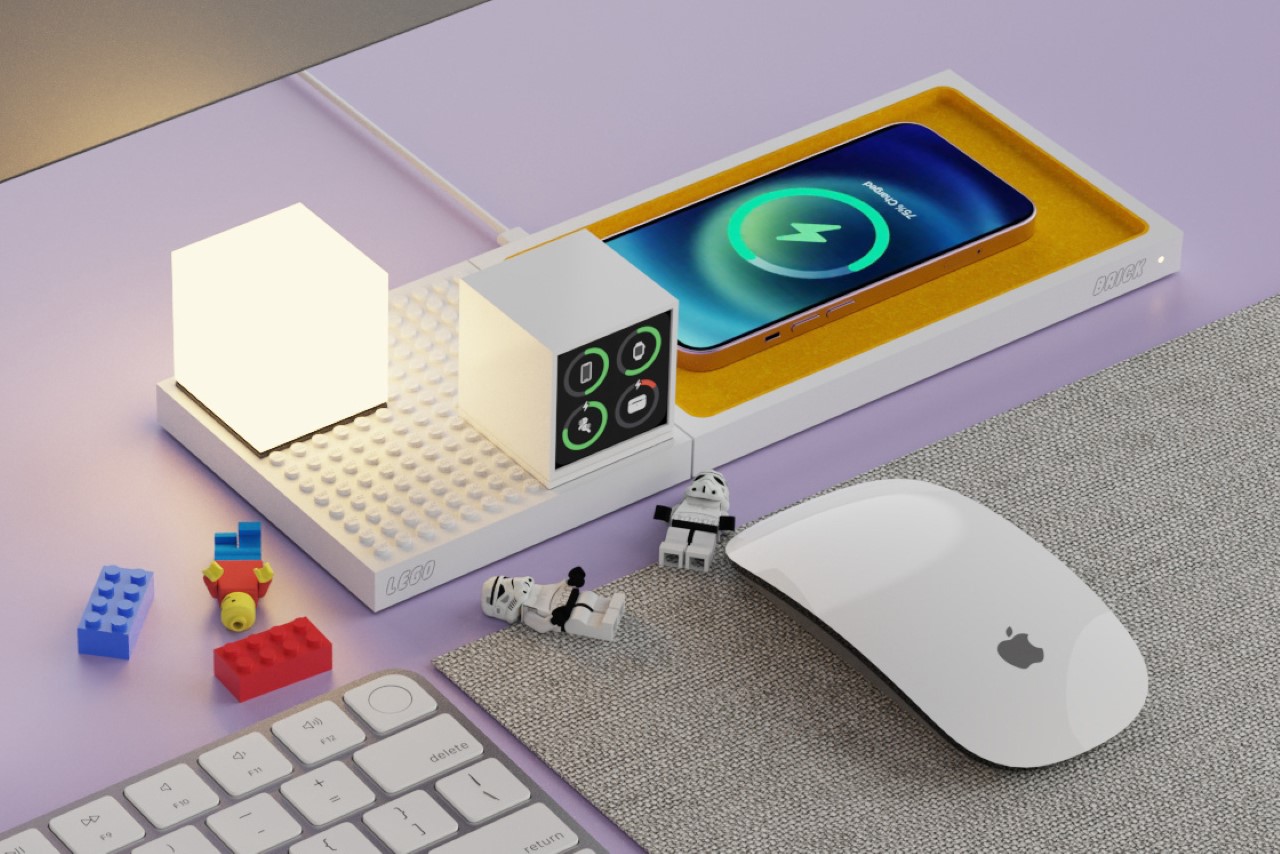 Dubbed the LEGO Brick, this unique fan-made creation comes with a wireless charging mat alongside a dedicated platform to dock accessories like lamps, speakers, and battery indicators, or build out tiny dioramas with your own LEGO bricks… which leads me to a pretty weird revelation and opinion – LEGO should totally enter the gadgets and smart-things industry. The LEGO Bricks is the first great example of why… 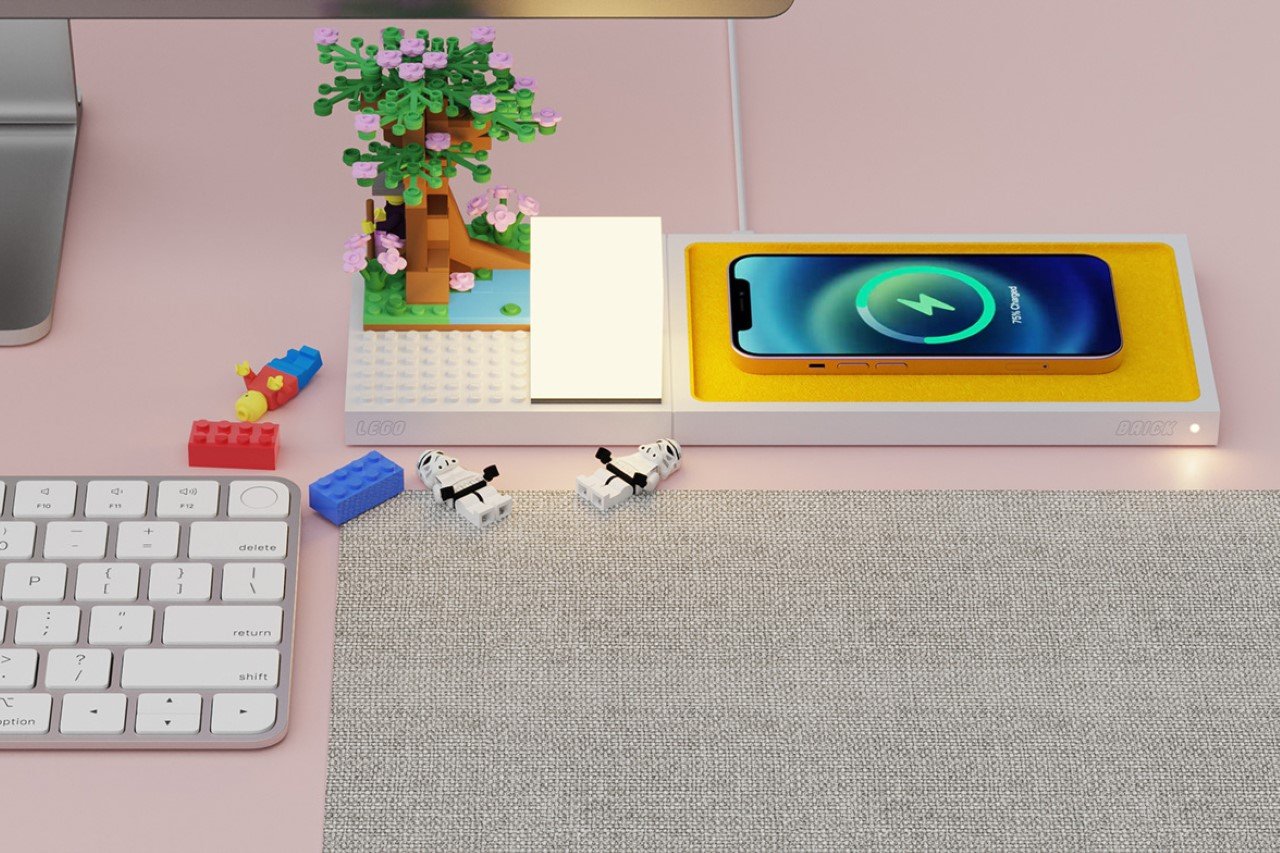 The LEGO Brick is a fun, quirky wireless charger that builds on LEGO’s promise of endless modularity and customizability, but here’s the catch. Tech nerds and geeks love modularity and customizability too. We like the idea of building out our own desktops, choosing what components to put in, when to upgrade, or swapping out things when we want. It’s exactly why we loved the PhoneBloks concept so much (I could totally see LEGO’s DNA in that concept). In essence, the LEGO Brick sits perfectly at the intersection between being a bricknerd and a technerd’s favorite desktop accessory. It juices your smartphone, watch, or TWS earbuds, while providing a neat square-shaped area for docking modules or displaying your building skills. Coils under the brick area supply power to the modules too, allowing them to run without any extra cables/ports. 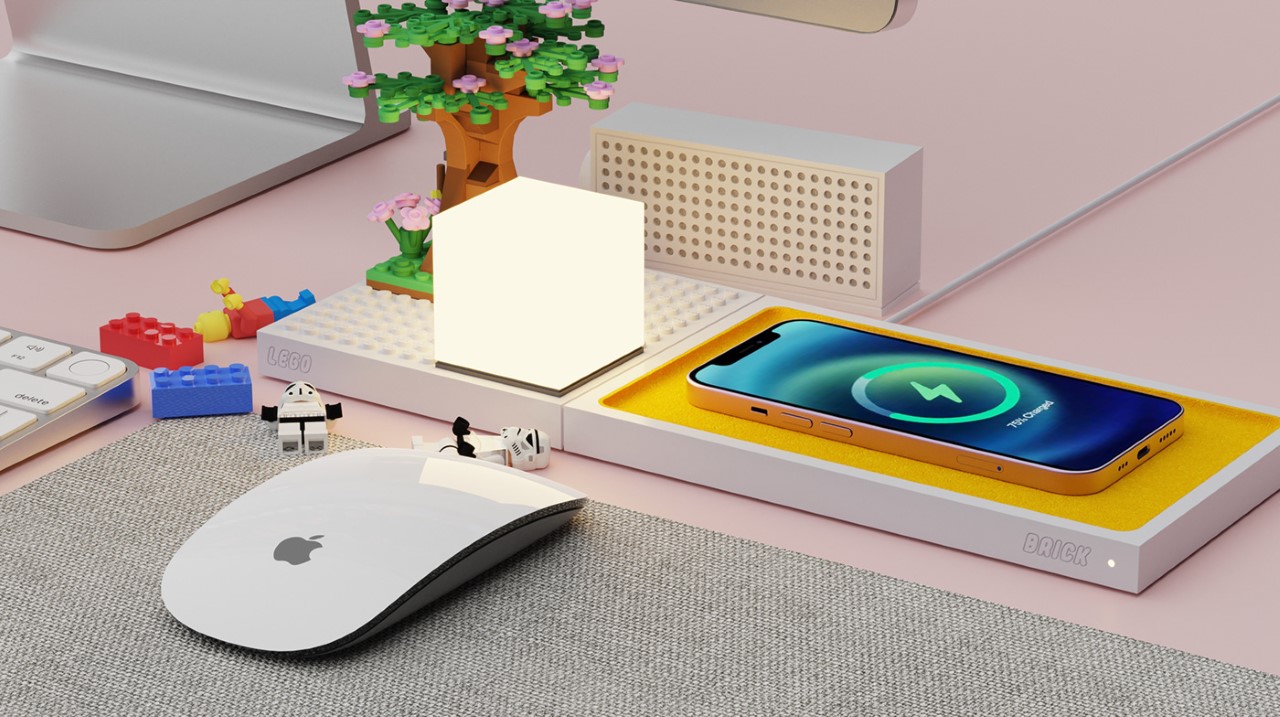 The LEGO Brick takes the ‘boring’ out of ‘boring day job’. 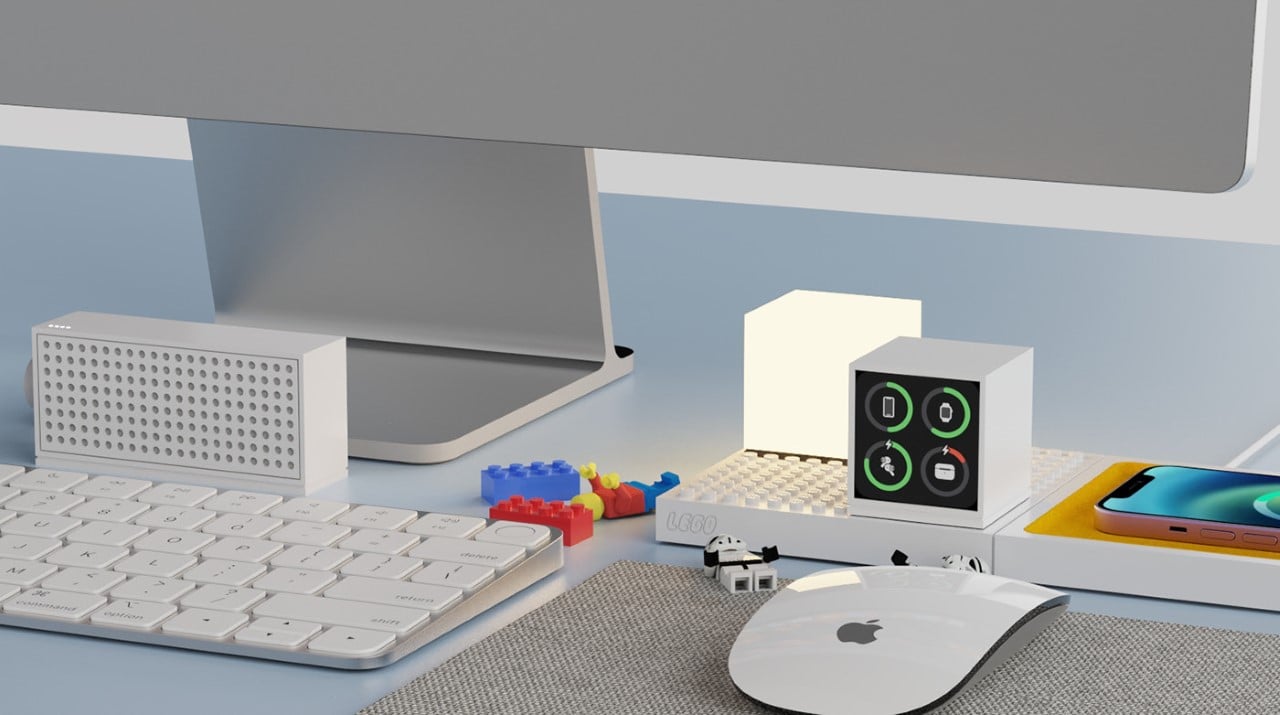 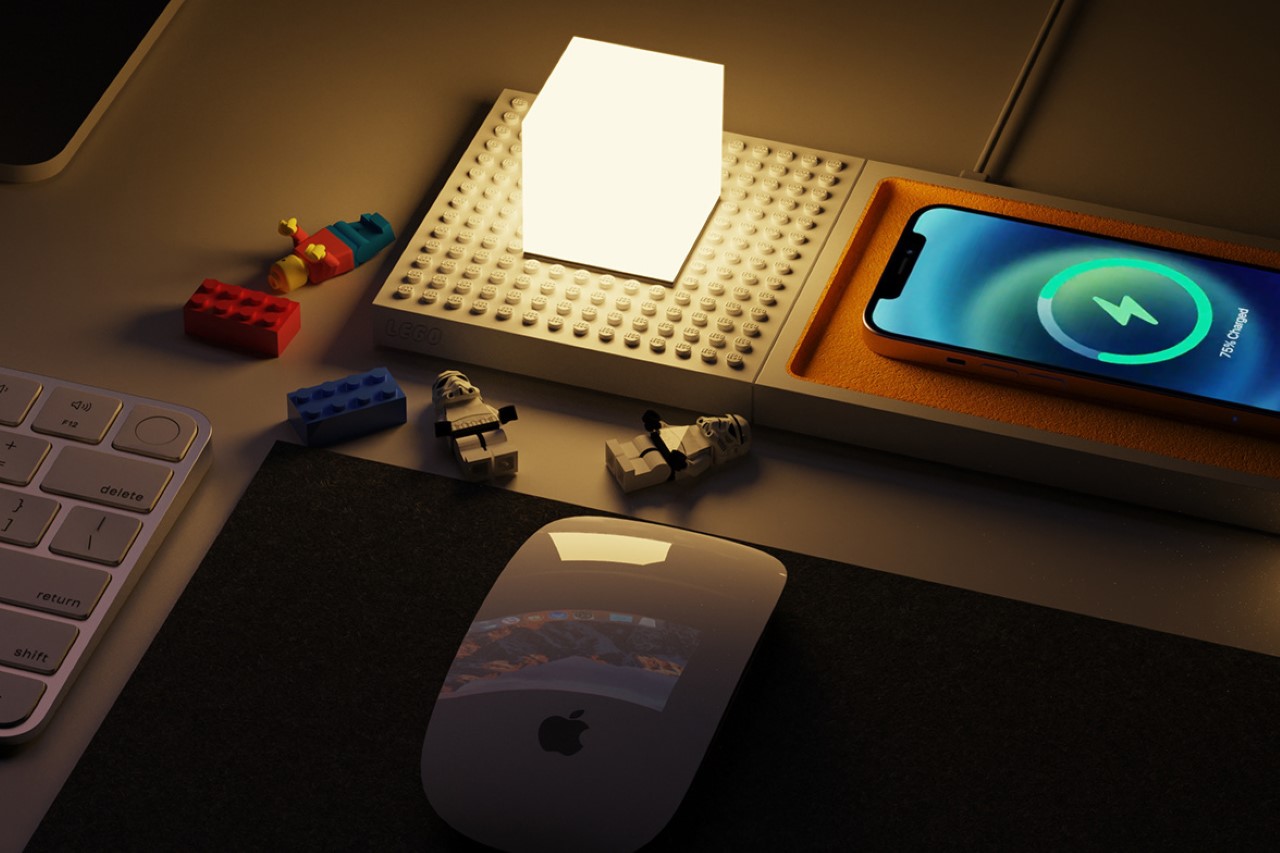 What really sets the LEGO Brick apart from the sea of already-existing wireless chargers, most importantly, is its playful appeal. The brick doesn’t just let you personalize your workspace, it lets you add a sense of fun and whimsy to it. You could build out scenes from your favorite movies, create bonsai trees, or just build out tiny architectural structures. That square-shaped area is your canvas of creativity and fun, giving you the ability to either use it for productivity (thanks to the modules) or playtime. It helps provide stress relief when work gets a little too daunting and demanding, and even serves as the perfect fidget toy while ideating. After all, Ed Sheeran while playing with LEGO bricks. 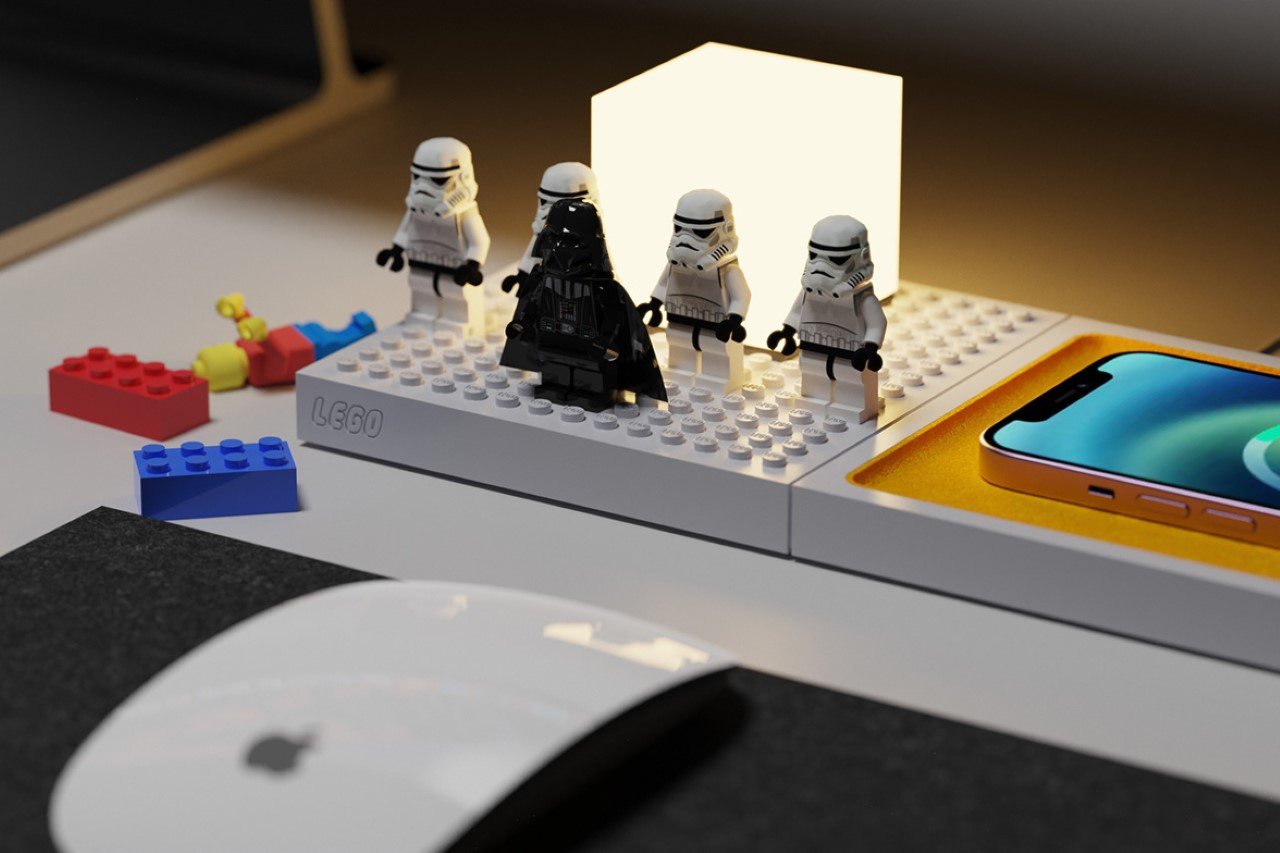 The LEGO Brick isn’t just all fun, though. It comes with its own modules that add a layer of productivity and features to the charging experience. The modules are designed to draw power directly from the Brick platform, powering on the minute they’re plugged into the signature studded board. The three modules that are displayed here are the cuboidal lamp, the minimalist Bluetooth speaker, and a nifty battery indicator display. Just off the top of my heads, other modules could also be things like a plug-in charger for the Apple Watch, chargers for AA batteries, a tabletop clock, an OLED photo frame, etc. 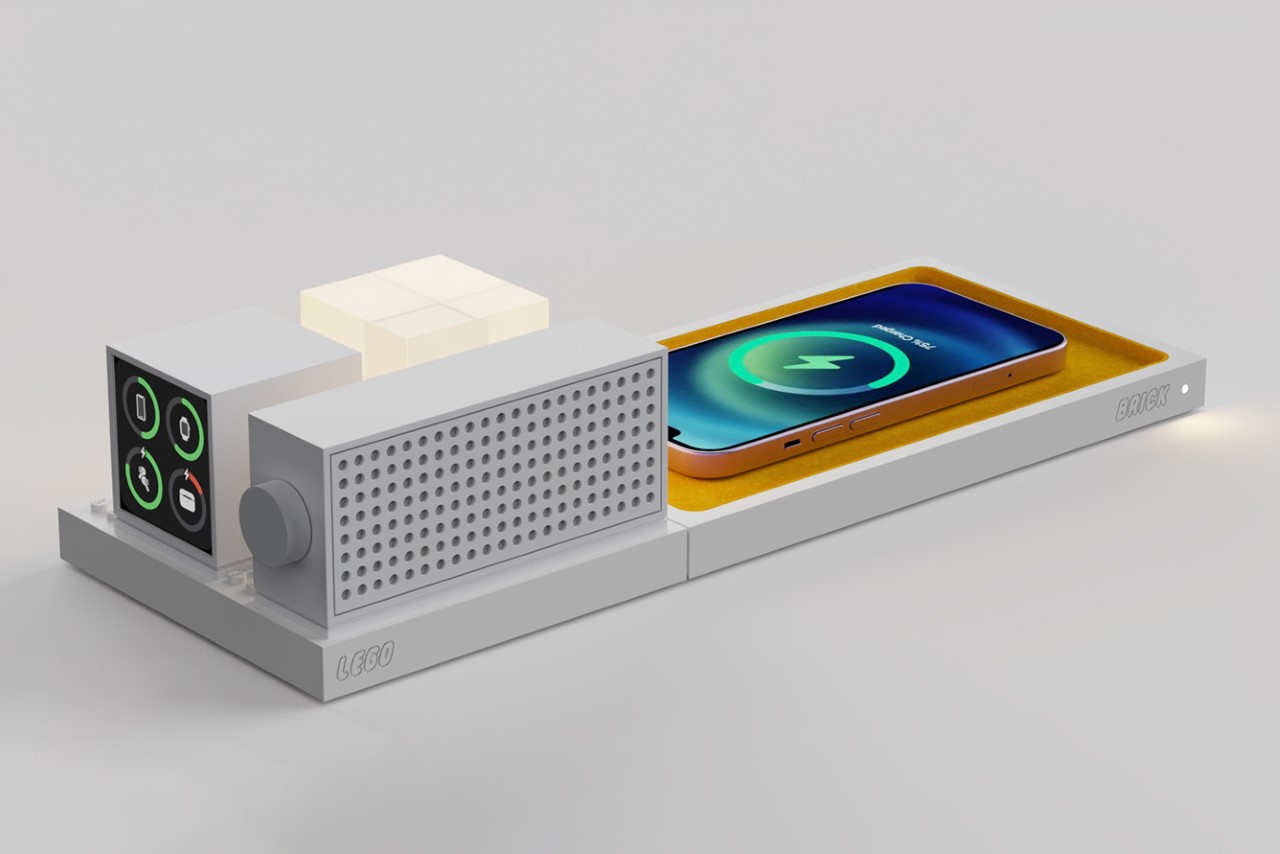 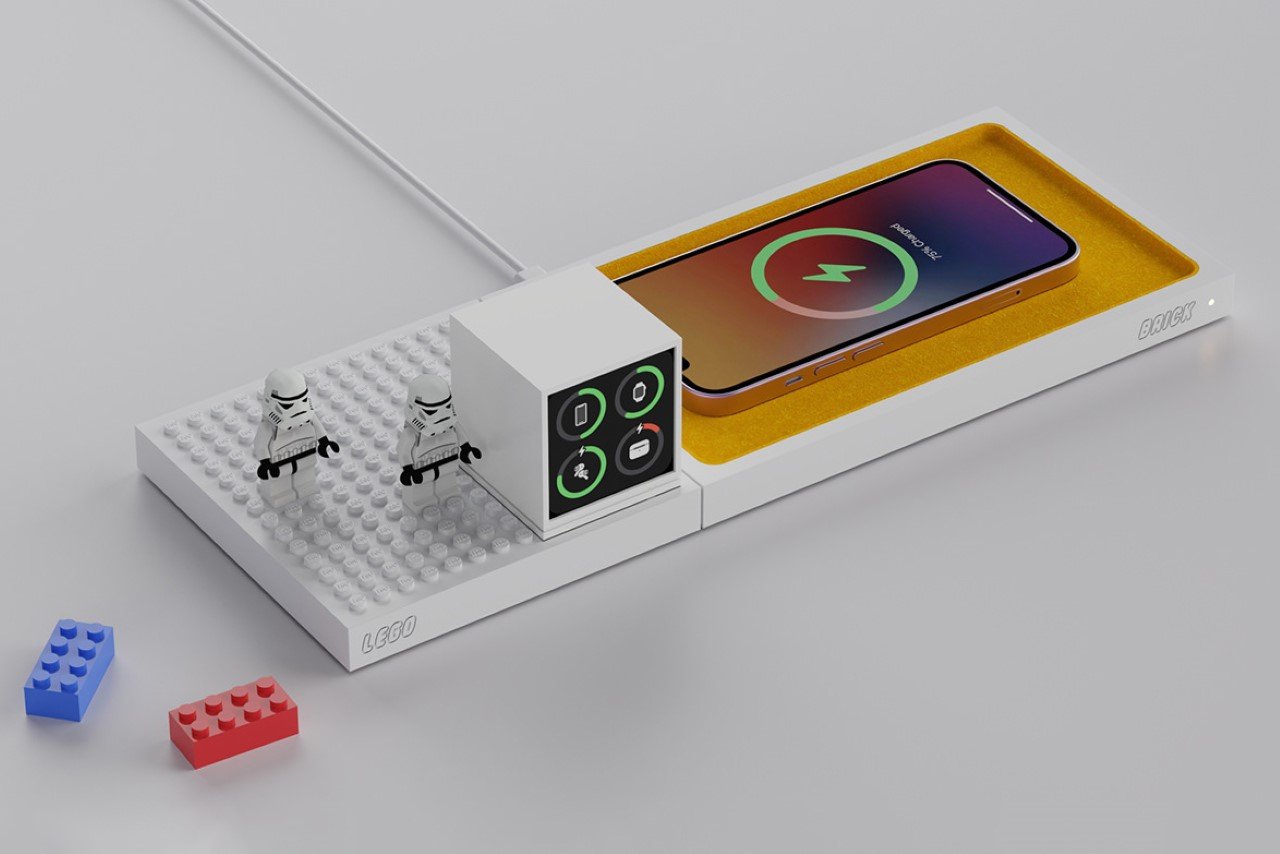 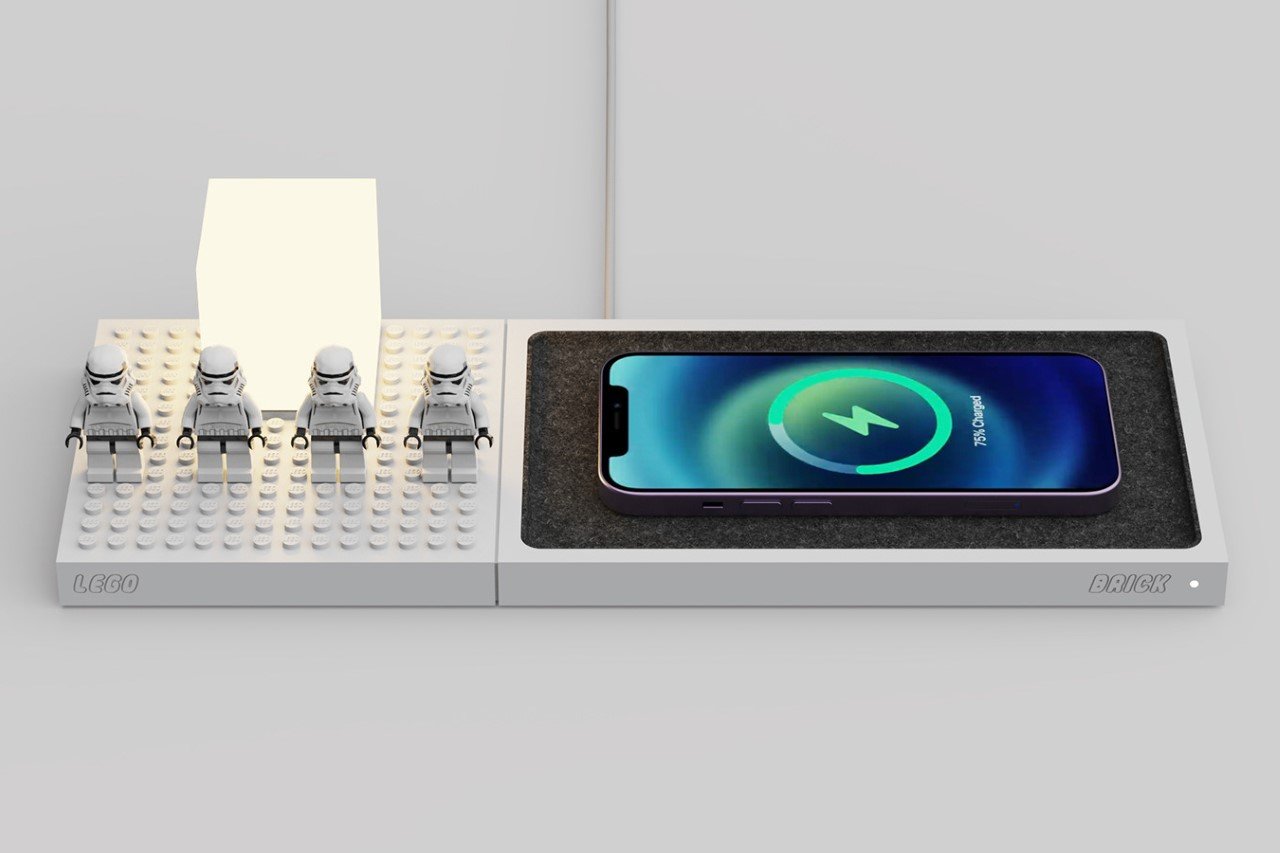 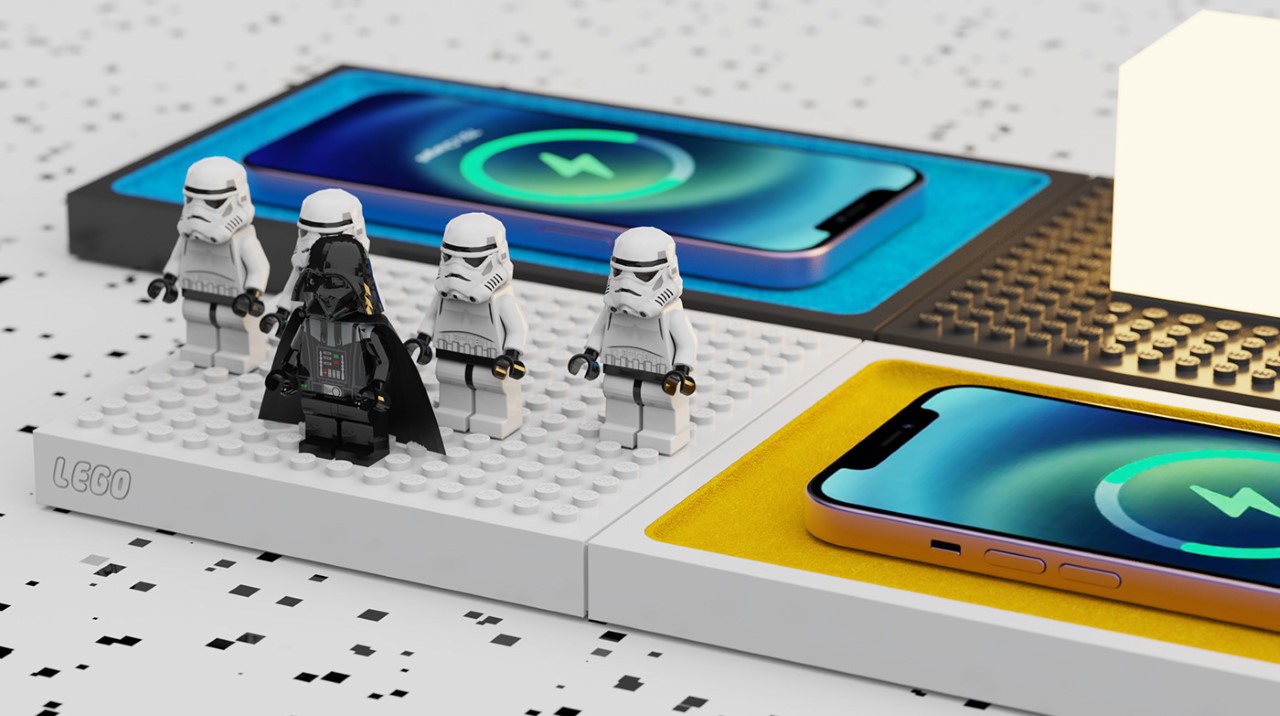 Although totally conceptual, the LEGO Brick shows perfectly why LEGO is well-positioned to be such a smart-things behemoth. Maybe it would require a little collaboration (IKEA collaborated with Teenage Engineering and Sonos to develop their own smart home products), but it would propel LEGO into yet another area of our lives where a little sense of fun and frolic would go a long way. I’ve said before that LEGO bricks aren’t toys, but are rather building blocks for unleashing true creativity. Add some tech to that and we really have a new area for LEGO to grow exponentially in! 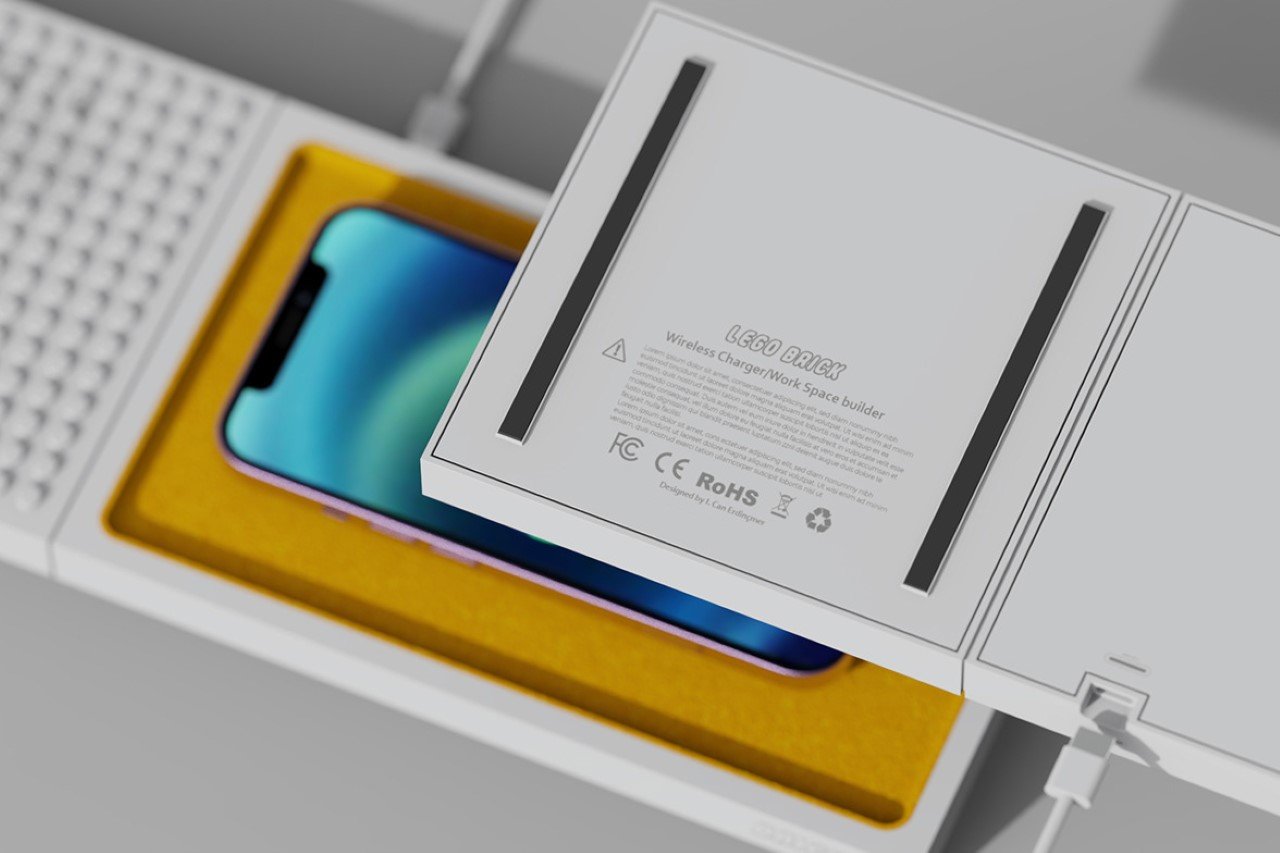