Office of Overview relaunches with a Wes Anderson-inspired brand film 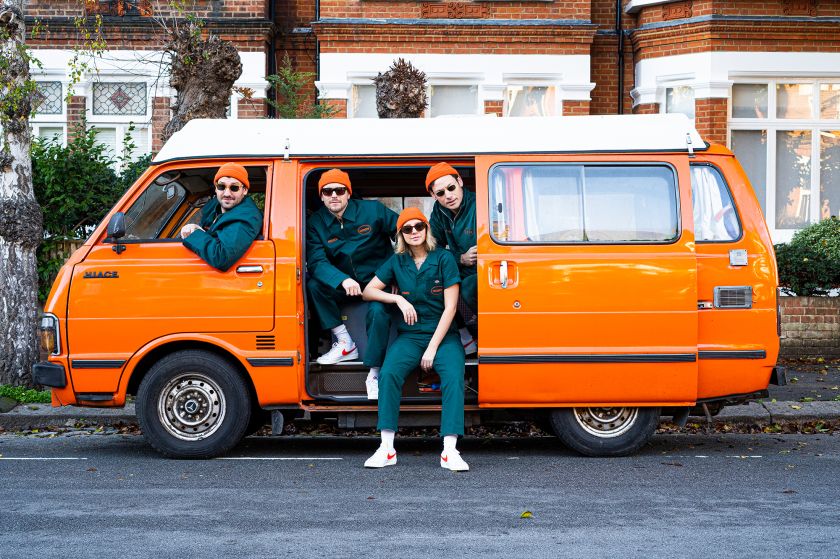 London-based branding, design & production agency has relaunched with a new brand, website, and bold approach for helping brands stay relevant for the long term. We caught up with founder James Sedgwick-Taylor and his team to learn all about the fresh direction and why Wes Anderson’s The Life Aquatic is the perfect creative reference for their studio attitude.

Office of Overview’s relaunch is spearheaded by a charming and compelling new brand video for the studio, which pays homage to one of studio founder Sedgwick-Taylor’s favourite films: Wes Anderson’s cult-crossover classic, The Life Aquatic with Steve Zissou.

Sedgwick-Taylor and his team, along with videographer and regular Office of Overview collaborator , were particularly inspired by the costumes, setting, and prop aesthetics of The Life Aquatic. And it’s hard to deny – there’s something deeply familiar, pleasing, and Anderson-ian about the result, from the bright orange van that the team ride around (or push-around, thanks to a real-life breakdown) to the charming mischief they get up to while getting to work.

The influence of Anderson’s droll tone and attention to detail is apparent in every shot, but Office of Overview’s brand film is also something entirely its own. It’s designed to showcase the studio’s adventurous spirit and, crucially, to put a face to the Office of Overview team – all four of whom get plenty of face time in the video.

“The creative industry is too faceless,” Sedgwick-Taylor told Creative Boom in a recent interview, explaining that he hopes Office of Overview’s new brand direction heralds a step toward more transparency in how creative agencies talk about themselves. That’s why the brand film is the leading focal point on Office of Overview’s new website: Sedgwick-Taylor and his team are very intentional about showing up as people first – something they say they don’t see enough of from other agencies.

Evie Ridyard, the project manager at Office of Overview, explained: “When you collaborate with an agency or any kind of team, a huge part of that service is the people you’re working with, so we thought, why not lead with that? Albeit in a slightly more abstract way than people might be used to.” 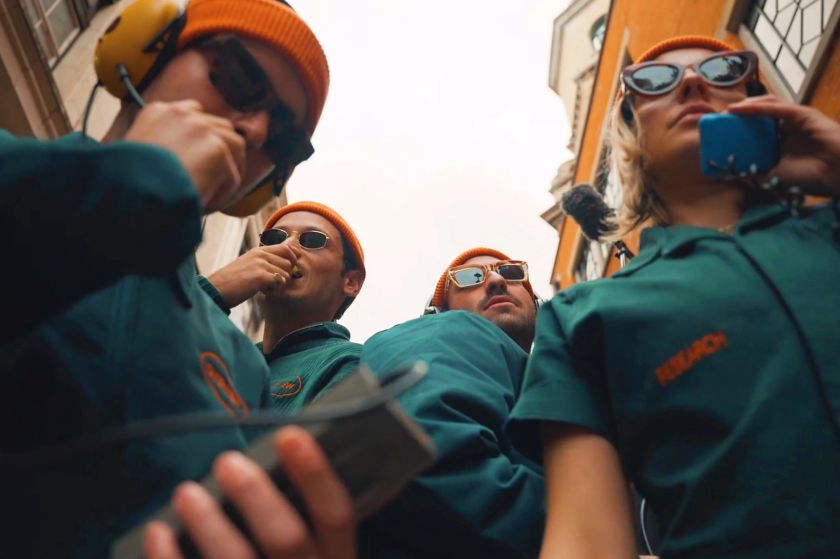 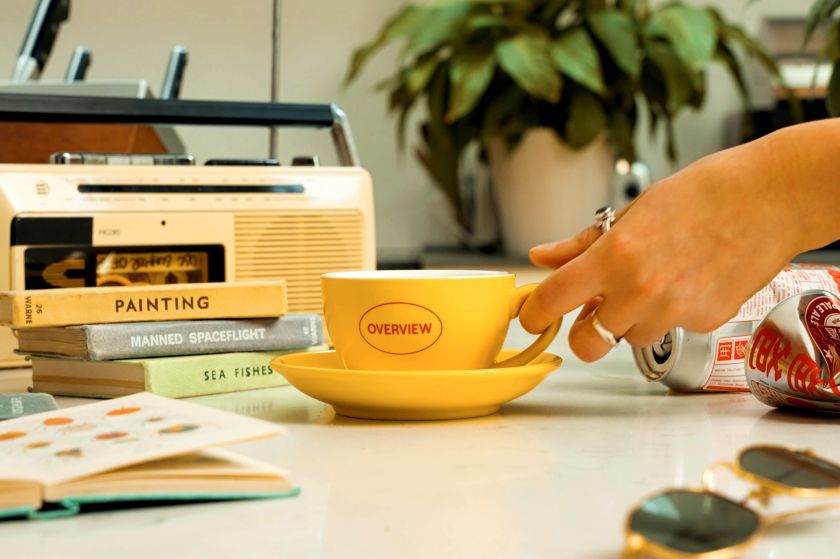 For Mitch Carpuso, designer at Office of Overview, the film definitely represents a departure from the way he’s worked with other studios in the past. He told Creative Boom: “I’ve never had the opportunity to ‘be the face’ of my own work, so it’s very rewarding. By being front and centre as characters in the film, I think it helps the audience understand us as people, as a team and hopefully, our approach. It also means that we really need to own everything we release, and I think that’s important as it keeps us driven to deliver unique and meaningful work.”

Carpuso’s fellow designer, Christian Gyde, agreed, telling Creative Boom: “Studios I’ve worked at in the past have been set up very traditionally with strict hierarchical ways of working. For me, this made the work seem a little monotonous and restrictive. Boiling the creative process down to a series of milestones or targets, which were then applied to projects regardless of their differences, led to me feeling a lack of inspiration or excitement in my practice.” 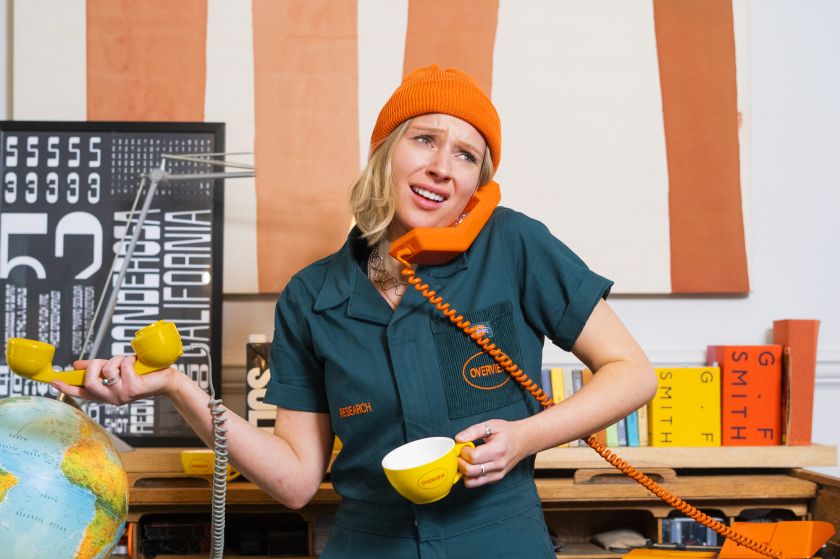 In Gyde’s view, Office Of Overview’s relaunch, the video in particular, “represents the antithesis of this way of working, and our rejection of some of the more archaic ways you’re told things ‘should be done’ as a designer first entering the industry. By putting ourselves front and centre of the video, I believe we’re showing our commitment to building a studio and an industry of which we are proud to be a part of, one where creativity, curiosity and a drive to do things differently always comes first.”

Beyond reflecting the studio’s personality and human-first approach, “one of the main objectives of the relaunch was to really refine our positioning and attract the kinds of clients we want to work with,” said Office of Overview’s Evie Ridyard.

As part of the wider relaunch, Office of Overview has created a new visual identity for itself and has shifted its positioning to focus on what ties its unique outlook on brand, design, and production together: a tapped-in approach to cultural relevancy that allows the team to help brands think long-term. 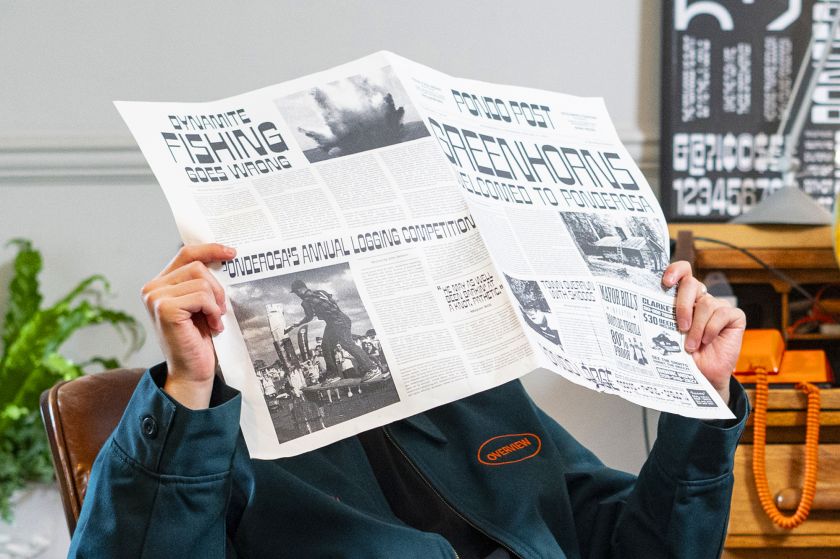 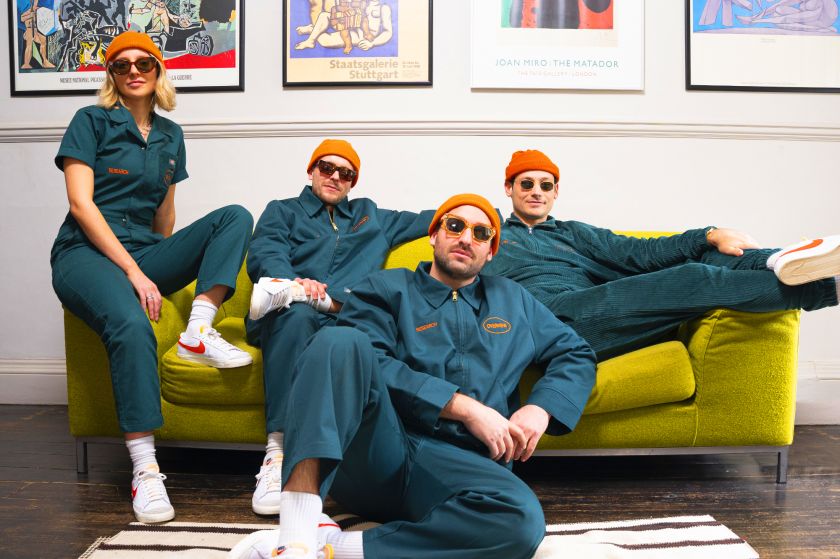 “It’s about helping clients understand the wider context of how people engage with their brand,” Office of Overview founder James Sedgwick Taylor told Creative Boom. “We help brands understand what cultural changes are taking place, what the driving forces behind that cultural change are, why those changes are happening, and how they can be a part of that change.” From there, Sedgwick-Taylor says he, Ridyard, Gyde, and Carpuso use “good old fashioned creativity to work out how our clients can be smart.”

It’s an approach cleverly summed up in the video, which follows the team on research missions around London, showing off their commitment, playful spirit, and “good old-fashioned creativity” as they chart cultural change. And the video itself is a result of this approach: after all, the Office of Overview’s determination to bring a face to their work is a direct result of observing a shifting culture where customers want transparency, honesty, and humanity from their service providers. That Office of Overview’s route to transparency, honesty, and humanity is so charming is just icing on the cake (or confetti on the floor of their office).