OMA’s beautiful Taipei Performing Arts Center in Taiwan and will open August 7th. The monumental 59,000-square-meter complex features a dramatic mishmash of shapes, including a sphere-shaped auditorium hovering above the front facade and two other auditoriums protruding from a central cube. 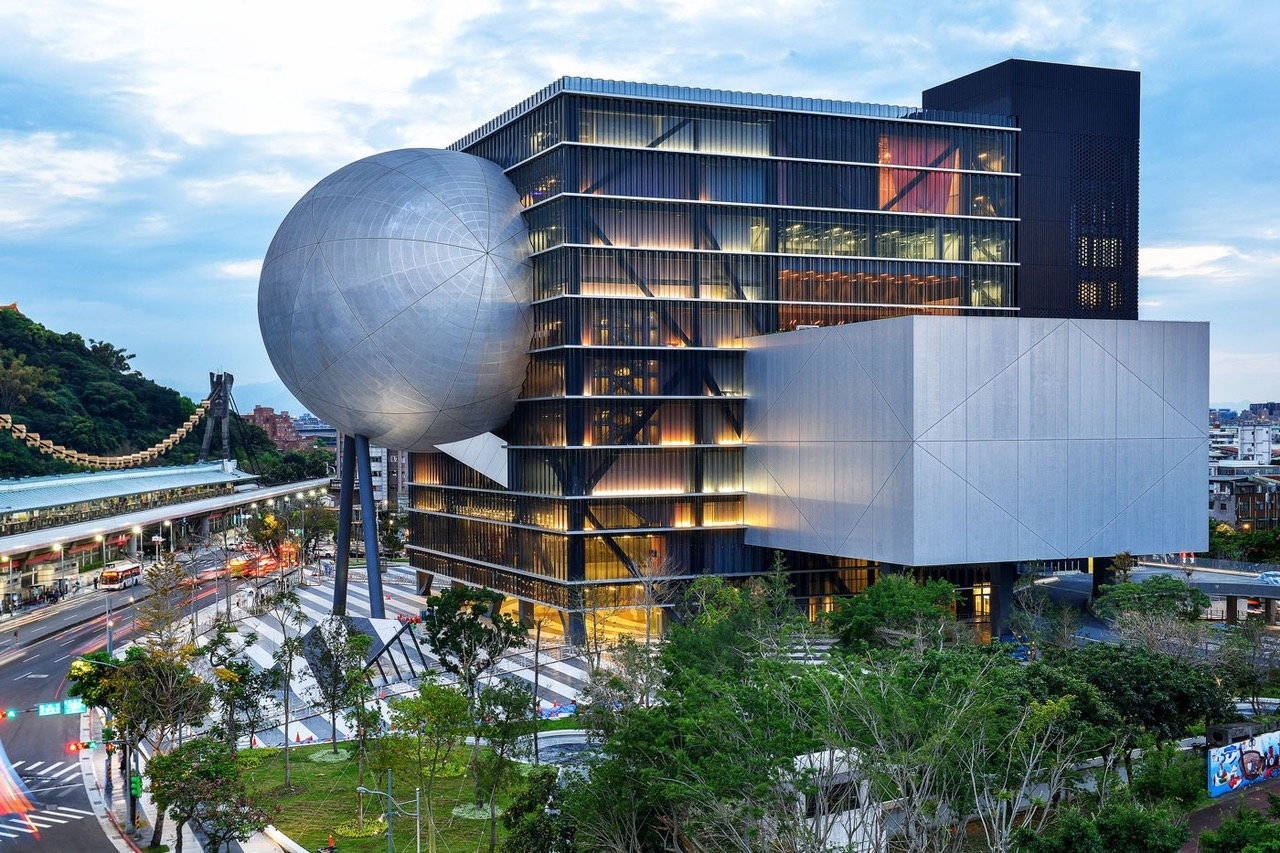 Commissioned by the Taipei City Government in 2009, the project was led by Pritzker Architecture Prize-winning architect and OMA founding partner Rem Koolhaas alongside OMA managing partner David Gianotten. Their goal was for the center to stand out from “standardized” contemporary theaters in major cities around the world, and it looks like they’ve achieved it. 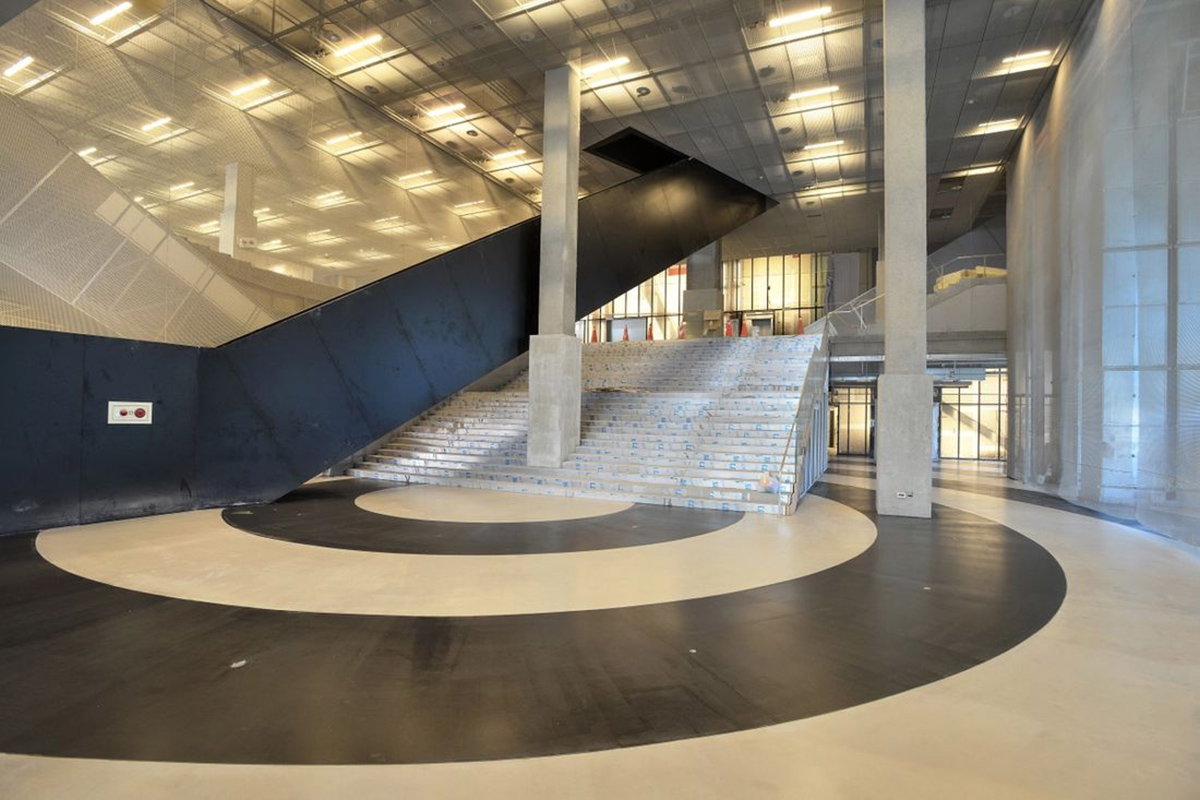 Located at Taipei’s vibrant Shilin Night Market, the complex includes a Public Loop that’s free to access, so visitors can tour the interior even if they aren’t there to see a performance. It starts in the landscaped plaza outside and runs through the infrastructure and performing arts production spaces that are typically hidden. Portal windows open to view inside the three theaters.

“The configuration of three theaters plugged into a central cube has resulted in new internal workings of the performing spaces to inspire unimagined productions,” says Gianotten. “The Public Loop exposes visitors with and without tickets to these new works and their creative processes. We are excited by how the building constantly generates new relationships between artists, spectators, and the public.” 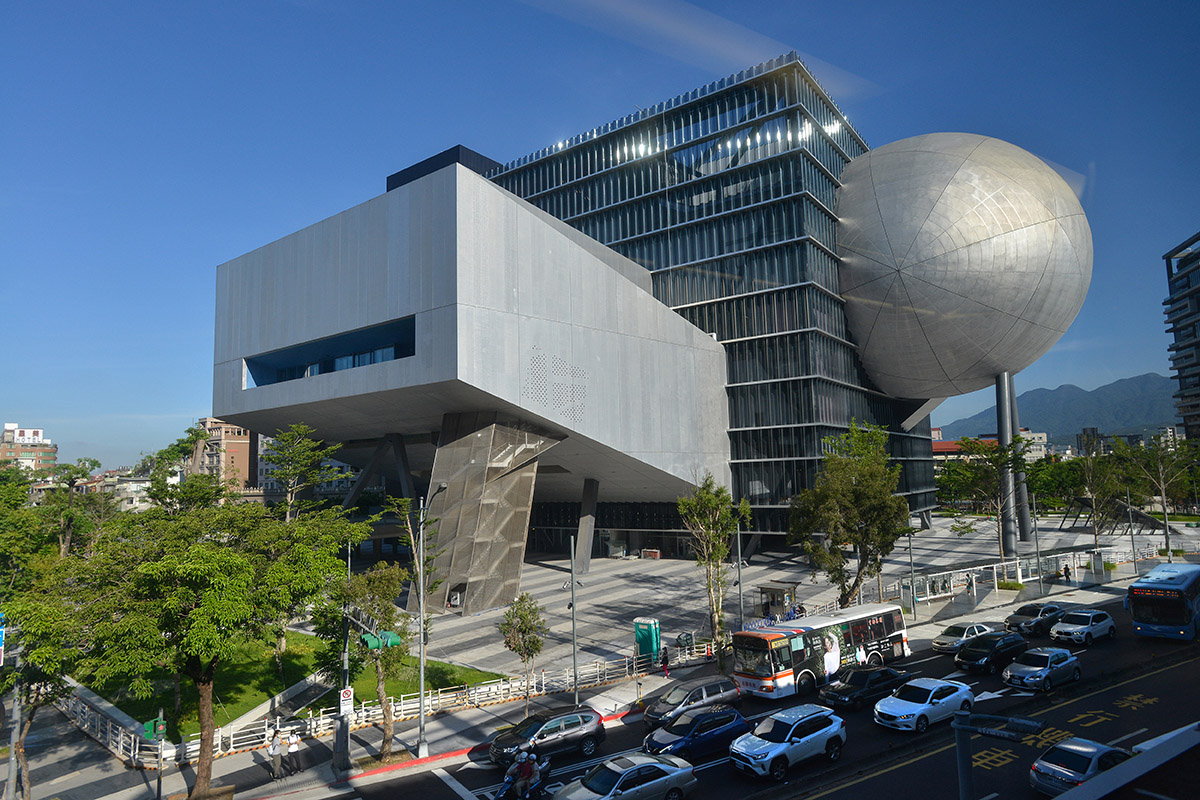 Rather than having a front and back like a typical performing arts center, OMA’s creation features multiple facades defined by the protruding volumes. The way these monumental metallic elements interact almost makes the complex look like a that crash-landed into the heart of Taipei. The 840-seat Blue Box theater, the 1,500-seat Grand Theater, and the spherical 800-seat Globe Playhouse all have mysterious opaque facades, appearing to be “docked” against the animated and illuminated central cube clad in corrugated glass.

The entire building is lifted off the ground, creating a public plaza underneath. Up until now, its true form has been disguised by the scaffolding clinging to its exterior during the construction process. But upon its completion, we can finally get a sense of how surprisingly light and otherworldly it appears, with the three dramatic theaters seeming to float. 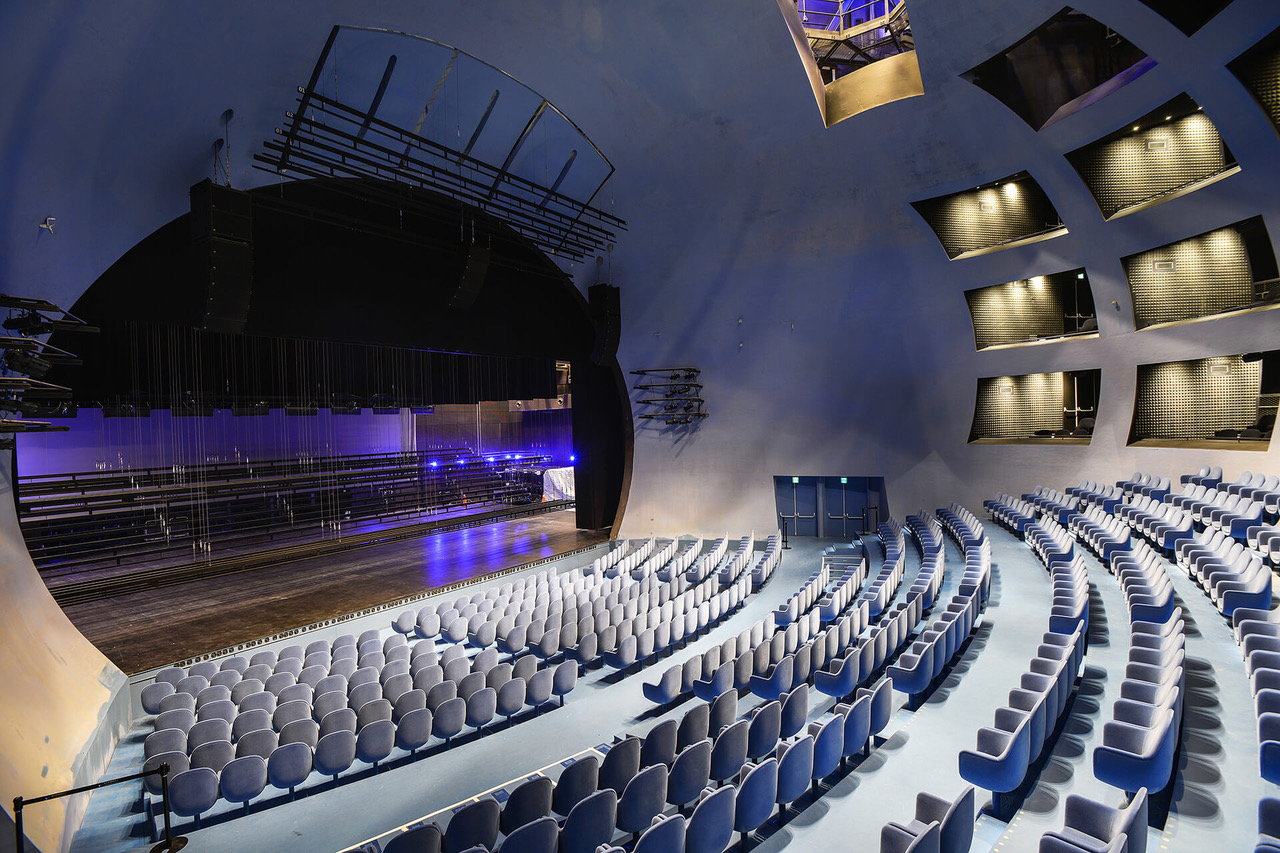 “This new building not only presents itself to the world as a brand new and unique configuration of theater complexes, it also sits perfectly in its location — right at the center of where the plebeian life of Taipei happens,” says Kris Yao, founder of KRIS YAO | ARTECH, the Taiwanese design collaborating architect. “It’s informal, unpretentious, and raw architecture spaces echo the spirits of how citizens of Taipei approach art.” 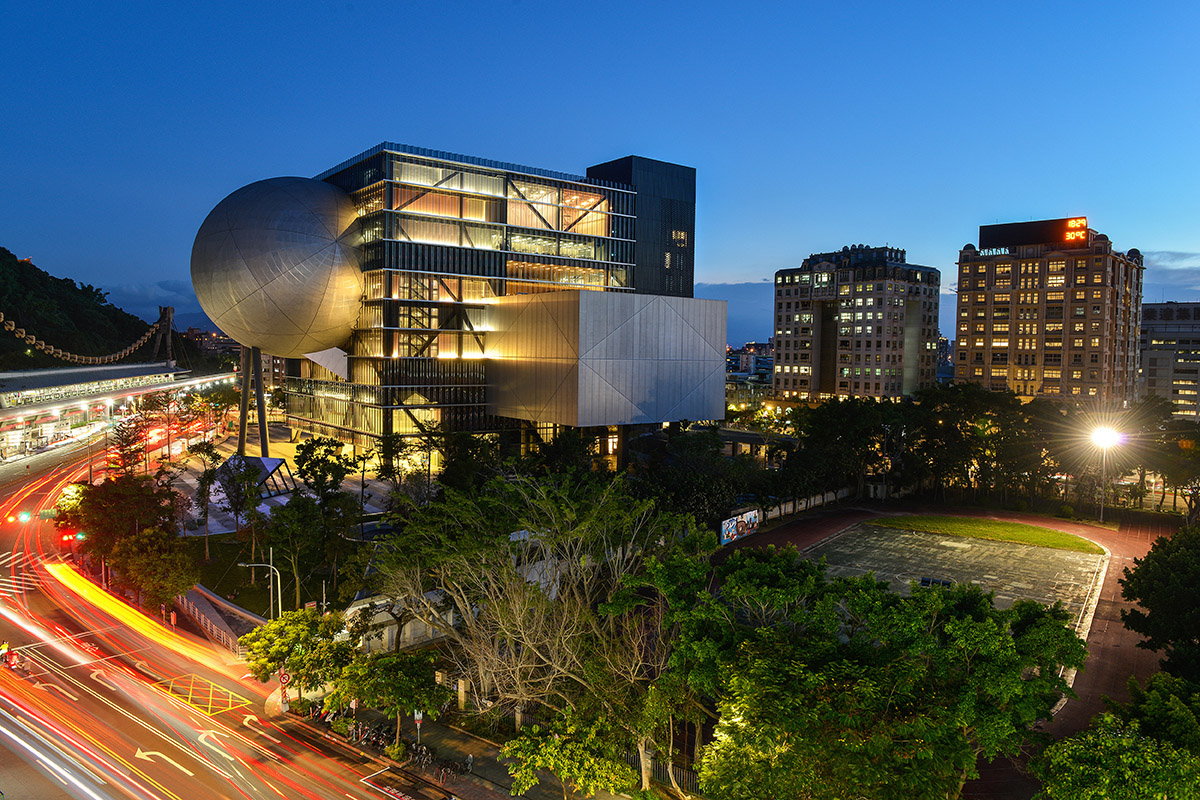 “Theater has a very long tradition,” explains Koolhaas of OMA’s vision. “We have seen contemporary performance theaters increasingly becoming standardized, with conservative internal operation principles. We want to contribute to the history of the theater. Here in Taipei, we were able to combine three auditoria in a particular way. We are interested to see how this architecture will have an impact in terms of extending what we can do in theater.”