Six photographers expected to make an impact in 2023 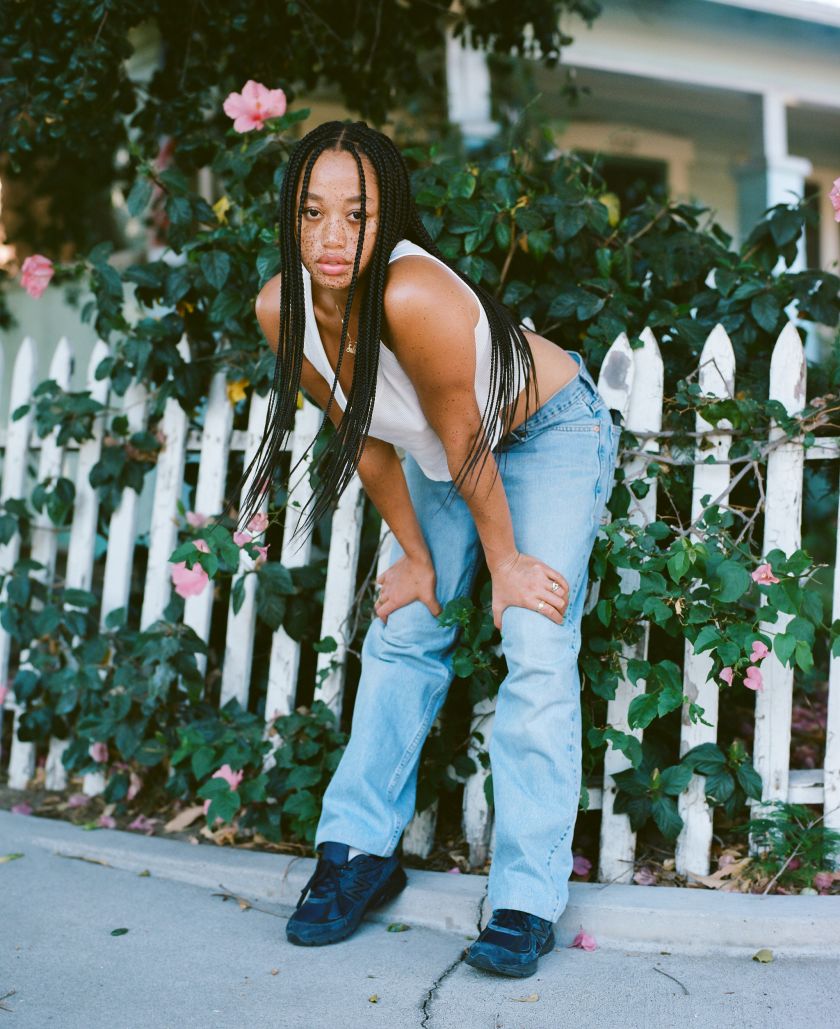 From immersive cinematic shots to vibrant portraits inspired by the ’90s, there are some incredible emerging photographers making an impact right now. Check out the six exciting names we recommend you follow, ones we predict will be huge in 2023.

We all work hard, but sometimes as a creative, you find your artistic brain coming up empty. It’s at times like this that your social feed can come up trumps. Seeing an amazing photograph, for example, can help spark ideas, refire your imagination and get your mojo running once more.

That said, it’s not guaranteed. Often, the photographers you follow online aren’t sharing anything right now or are focused on something other than work. (We all have lives!). Or maybe you’re tired of seeing the same type of visuals, however brilliant, and need to mix things up a bit. To help you out, we’ve got six incredible photographers you should take note of right now.

This list of six must-see photographers has been curated by MPB’s in-house photographer, Ian Howorth. , in case you didn’t know, is our favourite online platform for buying and selling used photography and videography kit. These guys really know what they’re doing: every piece of kit is scrutinised by product specialists and comes with a six-month warranty, so buying used doesn’t mean sacrificing reliability.

Joe Puxley is a music and portrait photographer based in London, who’s only 21, but is already emerging as one of the most talented photographers working today. Influenced by everything from renaissance paintings to “wacky ’90s photography”, Joe’s vibrant and hyperreal style dovetails perfectly with the modern youth and pop culture he documents, while the experimental nature of his practice means his work is constantly evolving and breaking new ground.

Joe initially struggled at school, having been diagnosed with dyslexia. But at 15, he was given his first camera and began shooting his friends and blogging about photography. He came to see photography not only as his main passion but as a way of exploring how his dyslexia offered him different perspectives from other people.

He’s already shot a bunch of award-winning artists, such as Gregory Porter, Erykah Badu, Bree Runway and Loyle Carner. This May, he won ‘Undiscovered Photographer Of The Year’ at the Abbey Road Studios Music Photography Awards for his shoot with Arlo Parks. And Joe’s work has been published in a number of publications, including Dazed, Vogue Italia (PhotoVogue), Wonderland, and The British Journal Of Photography. 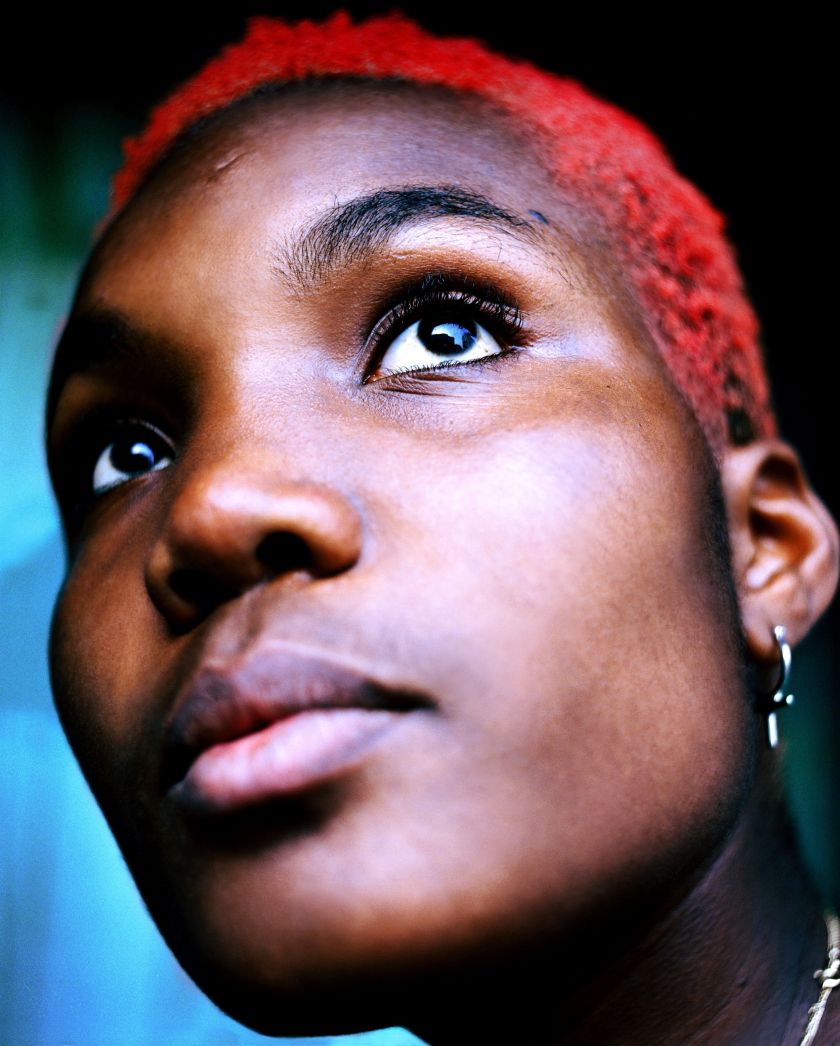 Max Miechowski is a British photographer based in London. He’s primarily focused on long-form projects, which centre on themes of community and connection and explore the intricate – at times conflicting – relationships between people and place.

Max, who’s been featured in and commissioned by a wide variety of publications and clients, including The Guardian, The New York Times, It’s Nice That, M Magazine, British Journal of Photography and the FT, is known for his slow and thoughtful approach, and love of analogue processes. He enjoys working within the parameters of often familiar landscapes, highlighting new connections between environments and our everyday experiences.

Born in 1989 in Lincoln, he began his creative journey as a musician before finding an interest in photography aged 25. He’s since travelled widely making pictures but remains deeply inspired by the subtle complexities of the British landscape and his place within it. He’s won many awards, and his work has been exhibited at the Paris Photo Fair, Photo London, Peckham 24 and The Taylor Wessing Photographic Portrait Prize at the National Portrait Gallery. 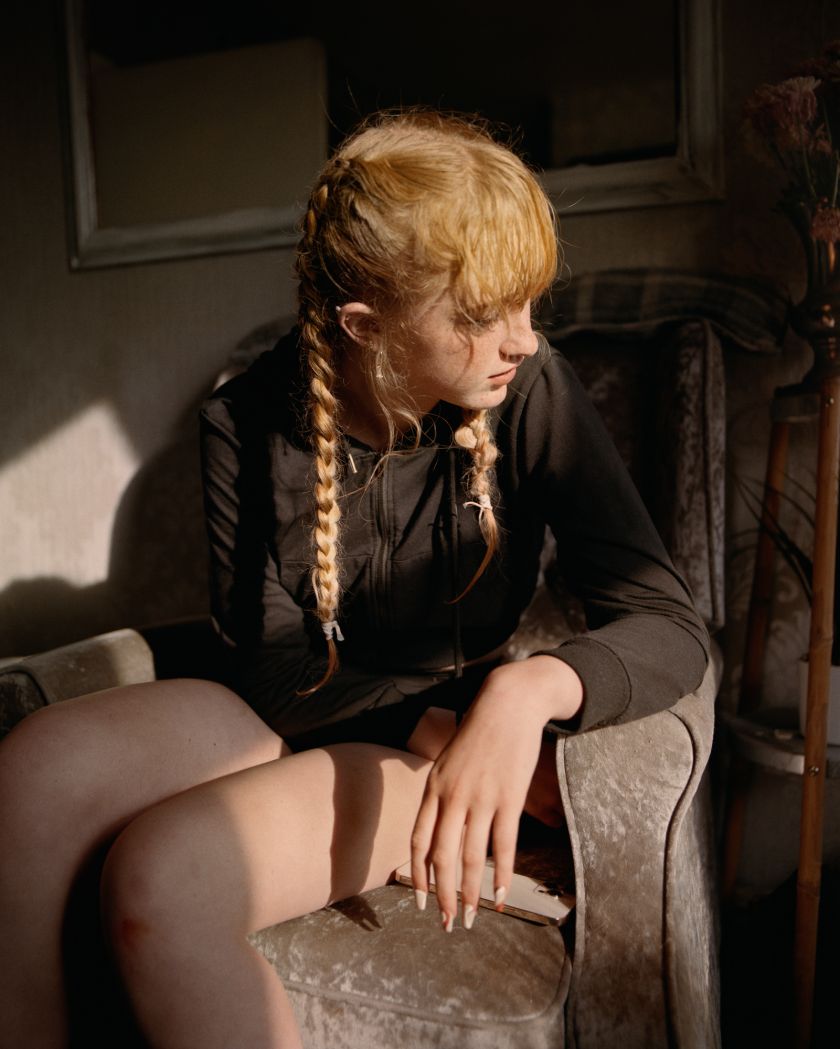 Bulgarian photographer Mia Novakova uses multiple exposures to create intoxicating, cinematic worlds around night-time scenes. A recent university graduate in graphic design and photography, her work is as unusual as it is beautiful, amassing her a huge following on Instagram.

Mia uses blur, texture, intense colour and lighting to encapsulate emotions such as nostalgia, longing, anger and desire. Even the dullest places, she believes, can be made alluring, and her work is a testimony to that principle being put into action. Guided largely by intuition, she perceives the process of shooting as like composing a painting, which often leads to unexpected results.

Her double exposures are not created in camera but in post-processing, and she describes her approach as introspective. The ultimate aim of her work is to evoke emotion in her audience: what that emotion is, though, she leaves it up to the viewer. 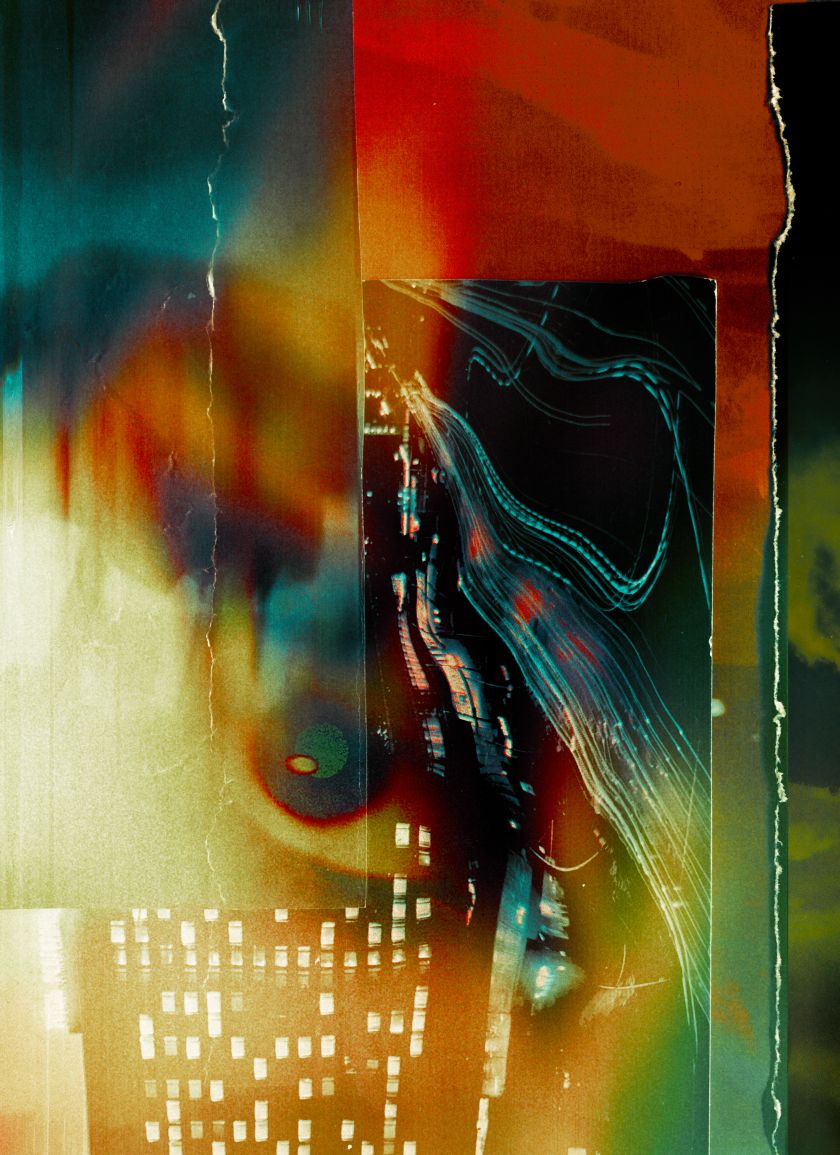 Vicente Manssur is a photographer from Guayaquil, Ecuador, who never likes to stay still. Rather than focusing on one specialism, he takes an experimental approach to his practice and constantly moves and evolves from monochrome to colour, film to digital, and beyond.

He began taking photos about eight years ago when he took a trip to Chile. He was interested in low-light photography and landscapes, and after buying a used Nikon D3200 and watching a few YouTube tutorials, he began experimenting. Inspired by street and documentary shooters like Alex Webb, Harry Gruyaert, Bruce Gilden and William Eggleston, he graduated from landscapes to street scenes. Then around 2020, he started moving more into portraiture but has continued to mix and match all these different approaches to carve out a unique style and point-of-view for his practice.

Vicente is a fan of analogue film photography, though this presents practical challenges as he needs to source both the film and the development from the United States. For his commercial work, though, he shoots mainly digital. But with all of his imagery, no matter the output, there resides an overriding joy of nostalgia through the use of retro colour saturation and a subtle play of warm light. 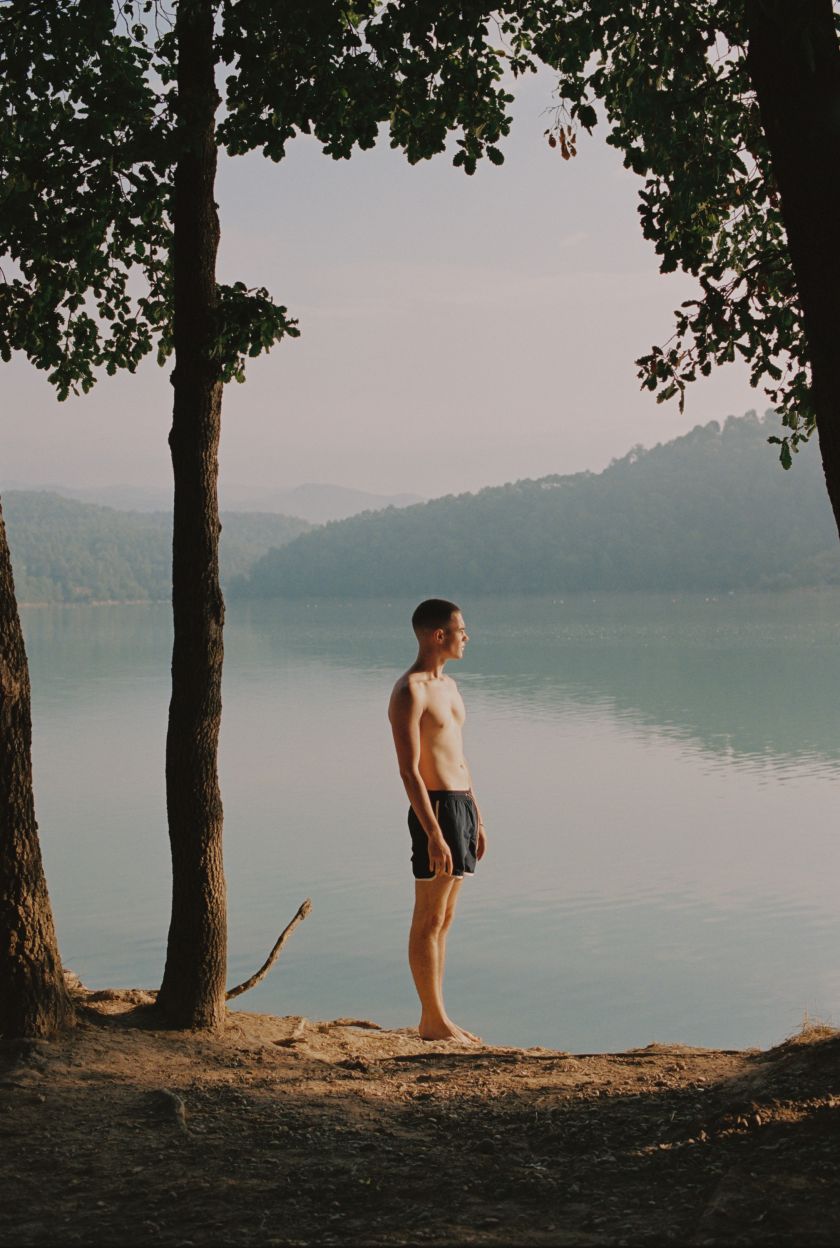 Rosie Matheson is a documentary-style photographer living between London and Los Angeles. Driven by the notion of examining the emotional connection between people and places, she searches for the extraordinary in the seemingly ordinary. She is fascinated by the idea of photographing somebody else’s world.

Selected for Portrait of Britain in 2016, Rosie Matheson is best known for her delicately crafted portraits of people, finding the best of up-and-coming models, as well as shooting and directing global artists such as Sinead Hartnett, Slowthai, Anderson Pack, Alt J, Daniel Caesar, Diplo, RZA, Zayn Malik and Ashnikko.

Freelance since 2015, Rosie is much in demand from brands including Apple, L’Oréal, Adobe, Oppo, Kodak, Nike, Adidas, The Financial Times and Nike. She’s also collaborated with labels such as Universal, Warner and Polydor and has executed videos for multiple artists.

You might also have spotted her popular ongoing series, Boys, described by Getty Images as “a beautiful project” that “sees her reflect on masculinity” and “capturing men around the world”. 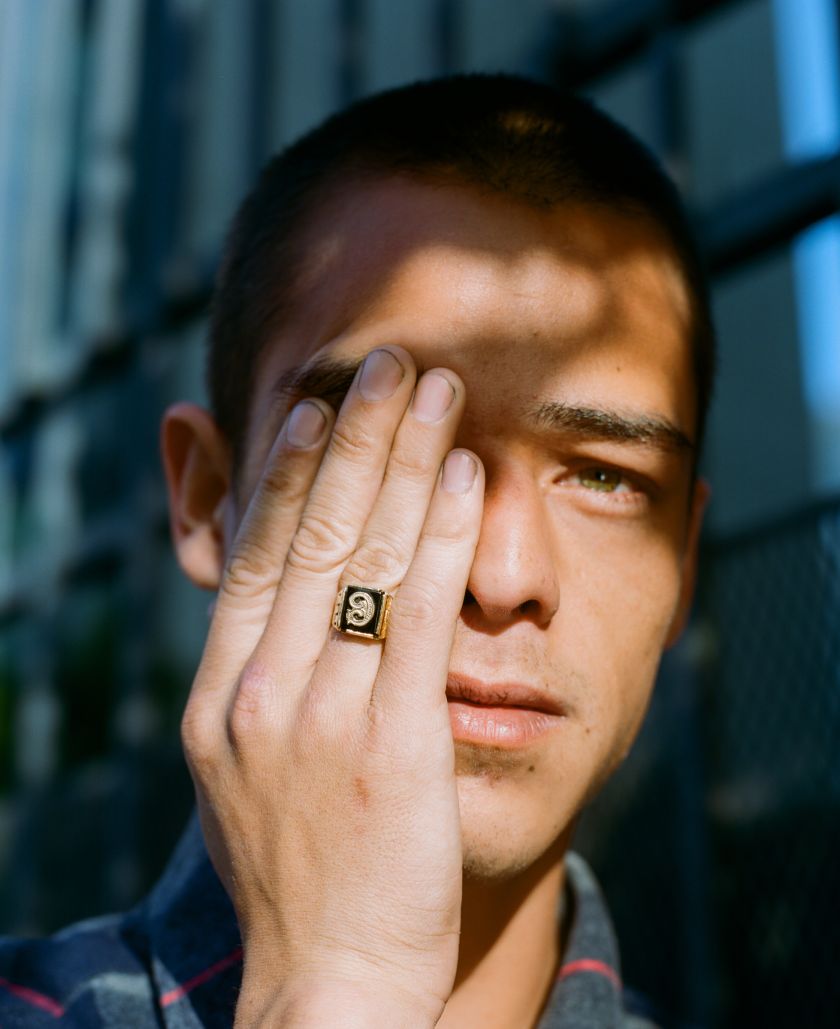 Lawrence Agyei is a portrait photographer currently based in Chicago. Born and raised in Italy to a Ghanaian family, he moved to the US as a teenager in 2007. Then during his senior year of high school, he fell for photography when he took a class in it.

Using natural light when he can, Lawrence shoots on a mixture of digital and analogue cameras, explaining that “digital is information and film is poetry”. Ultimately, he aims to find the true essence of his subjects when he shoots them. That, for him, is all about finding the right connection and “breaking through the wall” that divides us. 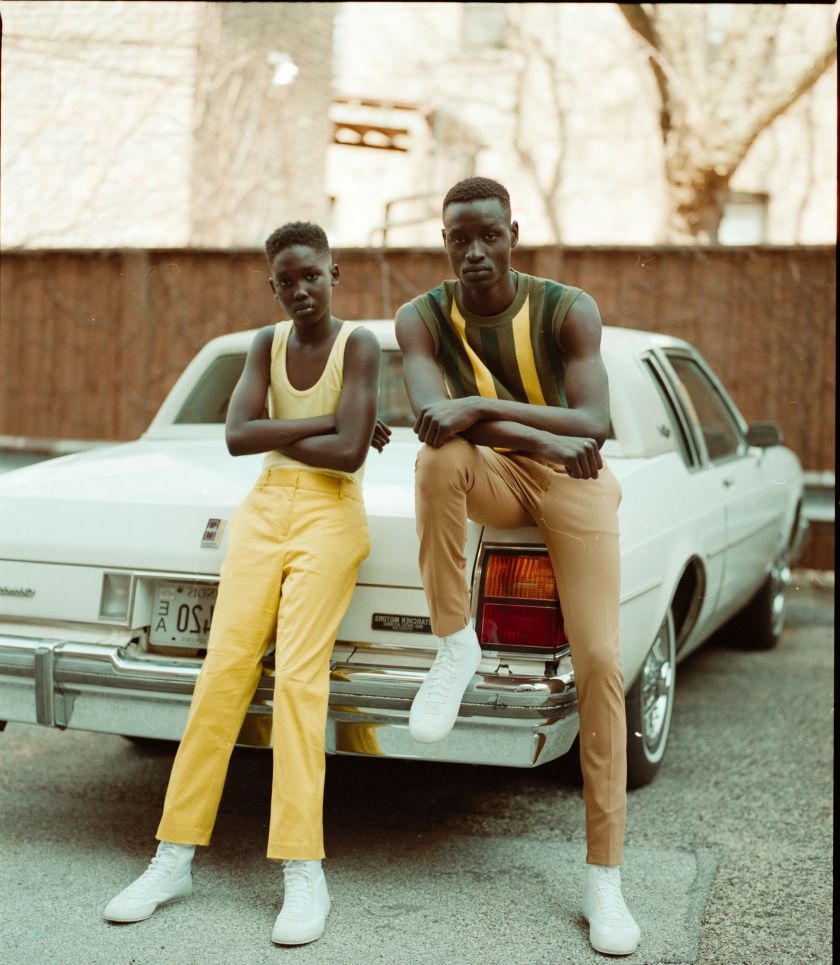