Drive up to the Mexican side of the Columbia Solidarity Border Crossing, which spans the Rio Grande between the state of Nuevo León and Webb County, Texas, and you’ll spot something curious. In all capital letters above one of the lanes is a Tesla logo. Does that mean Tesla drivers get to skip the wait and cruise through in their own exclusive fast-track lane? The answer, strangely, is unclear. What it does mean is that employees at both Tesla’s Texas manufacturing facility and its six suppliers located in Nuevo León get an expedited crossing. 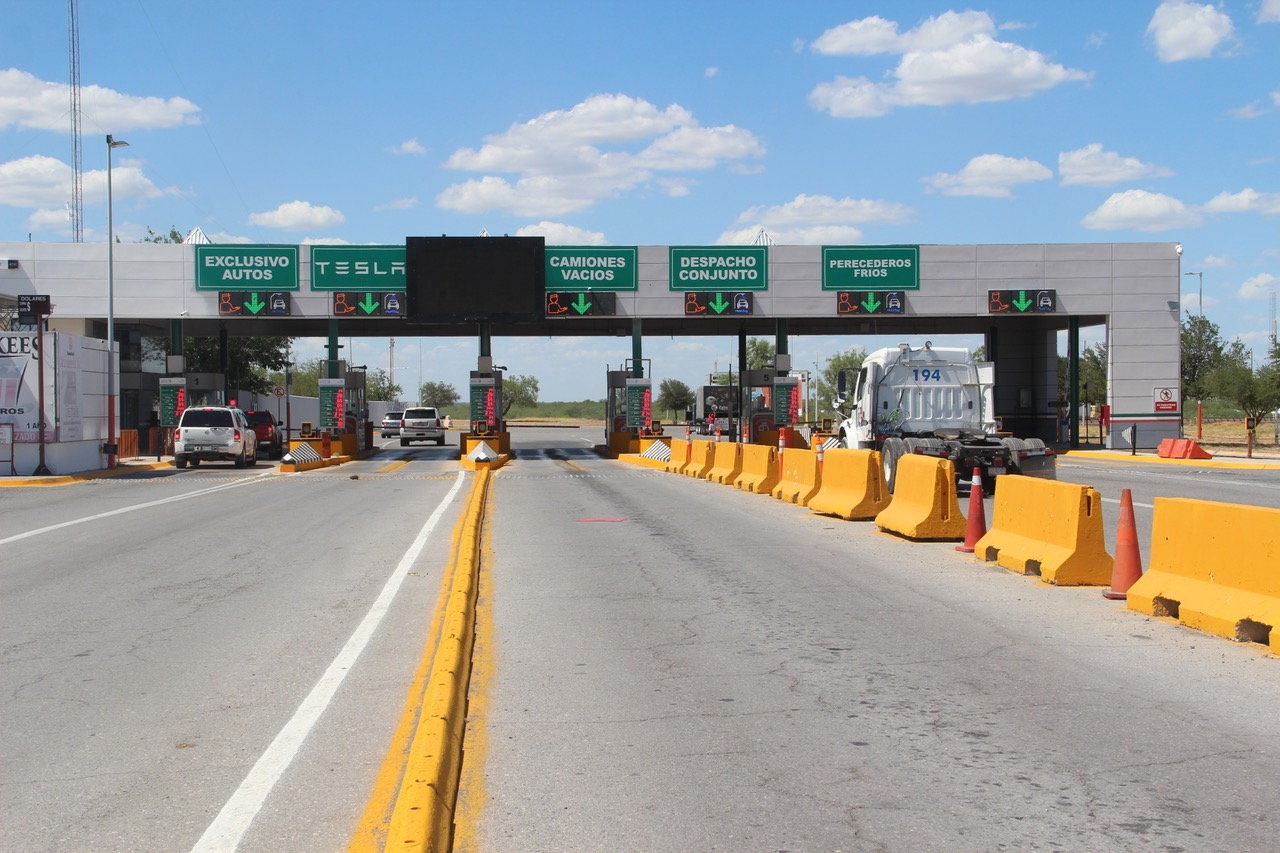 Nuevo León’s economy minister Iván Rivas told that the crossing is a simple business incentive to keep money flowing into the state from the US. “And maybe there will be a lane for other companies in the future like there is for Tesla.”

The suppliers on the Mexican side of the border include APG Mexico, Taiwanese-based companies EnFlex Corp and Quanta Computer, France-based company Faurecia SE, and Germany-based company ZF Friedrichshafen. These companies provide things like structural vehicle components, optical coatings, auto glazing, computer chips, electric parking brakes, and digital connectivity systems to the automaker (lest you think they make it all themselves in Texas). Tesla reportedly struck the deal with the Nuevo León government after moving its headquarters from Silicon Valley in California to .

For now, the company isn’t offering any details on the arrangement, and Rivas, who didn’t negotiate the deal, couldn’t provide any additional information. That means we have no idea what Tesla offered the Nuevo León government to get the lane, or what the rules are as to who can use it. We do know that the Columbia Solidarity crossing is one of the lesser-used border crossings between the US and Mexico, with an average wait time of 20 minutes for commercial trucks. The Nuevo León border authority, which manages the nine-mile stretch of border within its territory, does plan to expand the crossing to eight lanes from six.

The exclusive Tesla border crossing lane seems to be part of a greater effort by Nuevo León to lure in tech companies with a variety of perks. As Rivas told Bloomberg, “Nuevo León is turning into an electro-mobility hub.” He says that up to 7 percent of new investment in the state will come from EV companies this year, and expects that Tesla may add more suppliers there as well. Austin is full of electric vehicle startups like Volcon, Infinitum Electric, Moment Motors, and AYRO that may also source parts from Mexico in the future.

As usual, Elon Musk has a roundabout way of addressing this news, simply, “Teslas are the most made-in-USA vehicles.”

Would it be surprising if the lane did end up becoming available to Tesla drivers as well as employees and associates of Tesla and its suppliers? Not at all. Musk does have a way of bending the rules to . And while it’s within reason to imagine express lanes for electric vehicles to encourage their use, it hardly seems fair for a border crossing to prioritize one carmaker over another.