This barebones motorcycle is a crazy mashup of bicycle, sprint racer and dirt bike 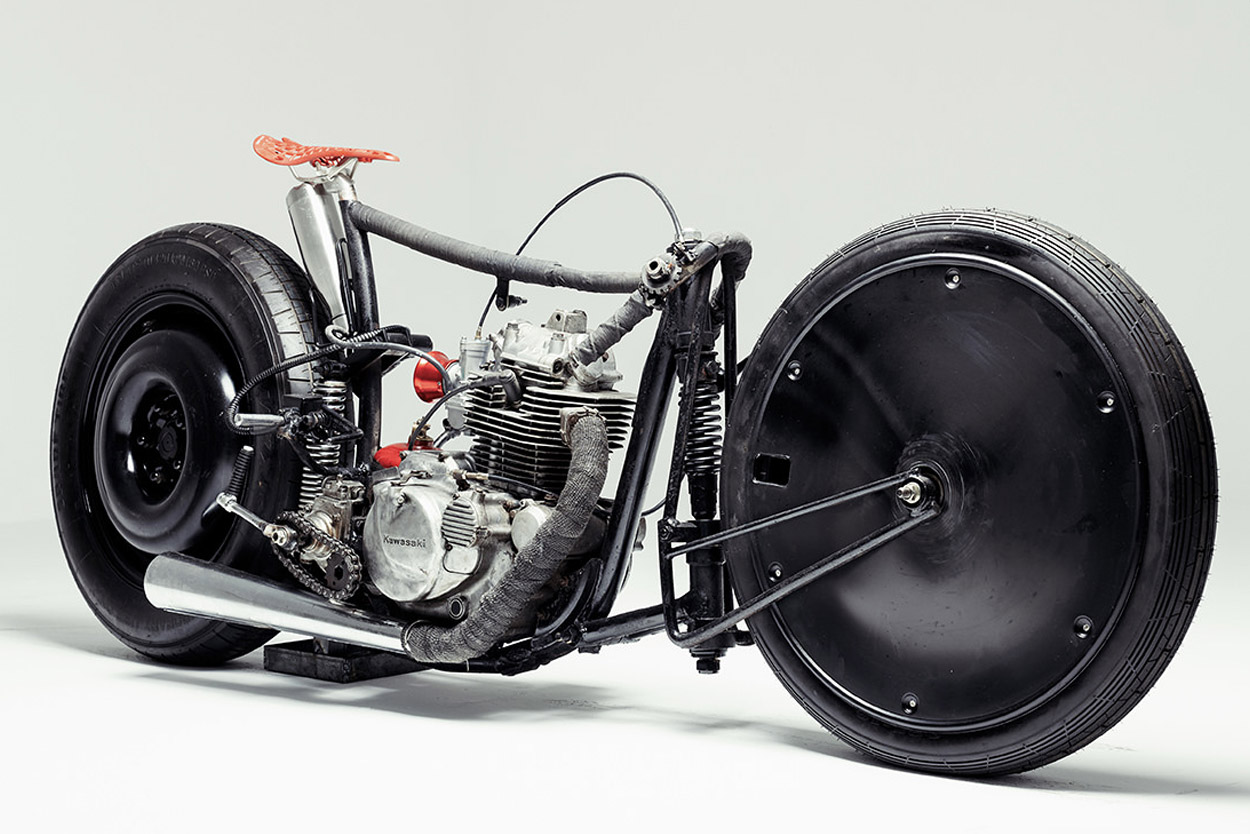 Most concept are picture-perfect, streamlined and flawless but then there are exceptions. You’ll either love this concept mashup bike or absolutely hate it for the confused interpretation.

The design is inspired by vintage board racing and drag racing aesthetics, fused with the passionate idea of motor racing in the good old days. This is the brain-child of a Milan-based motorbike photographer and director who doesn’t have any expertise in mechanics or aerodynamics, just a deep-rooted love for watching vintage motorbike racing from the early 1900s. 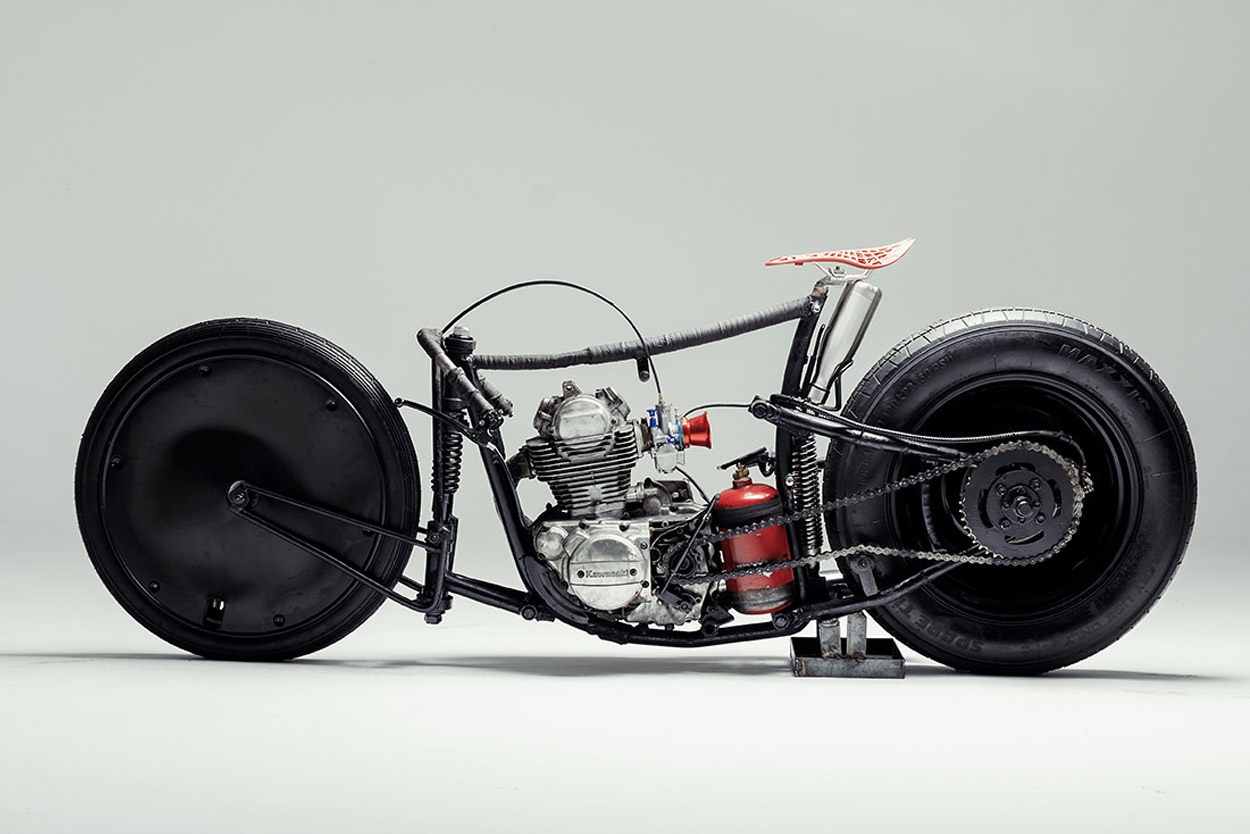 The form of this bike dubbed “Sprinter” is purely based on Valen’s imagination who wanted to create a board racer crossed with a drag bike. Things look raw upfront with the handcrafted steel frame, bicycle saddle and custom dropped bars confirming the raw character. At the heart, Sprinter is powered by a Kawasaki KZ250 engine (generating just 20 Nm of torque) and those crazy-looking suspensions are purely sketched by imagination, not necessarily backed by engineering feasibility. The petite seat too seems very uncomfortable, virtually curling up the rider in a fetal position. 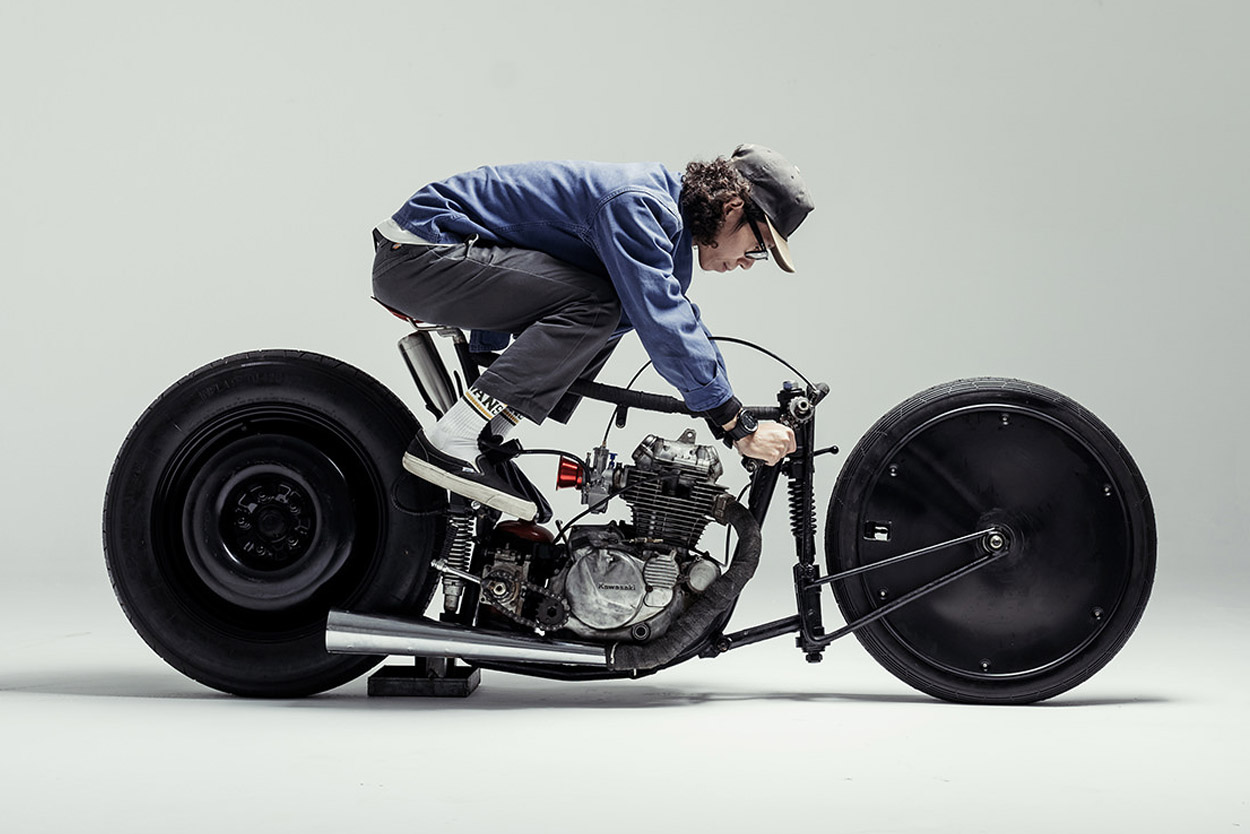 Valen feeds the engine off a swappable 17 oz aluminum bottle mounted at the bottom to propel the Sprinter forward. Frame of the bike is encapsulated in exhaust pipe tape, and connected to a custom suspension setup on the front and the aft. On closer inspection, the bike handlebars have custom-built throttle mounted with gears and a reverse clutch level. Of course, braking is important, so the hardcore bike gets a single brake disc salvaged from a motocross bike. This all suggests, the serendipity track racer is made for lopping dirt tracks where braking is not that important. The Sprinter has a hub-steering set up to keep the raw racing element alive. 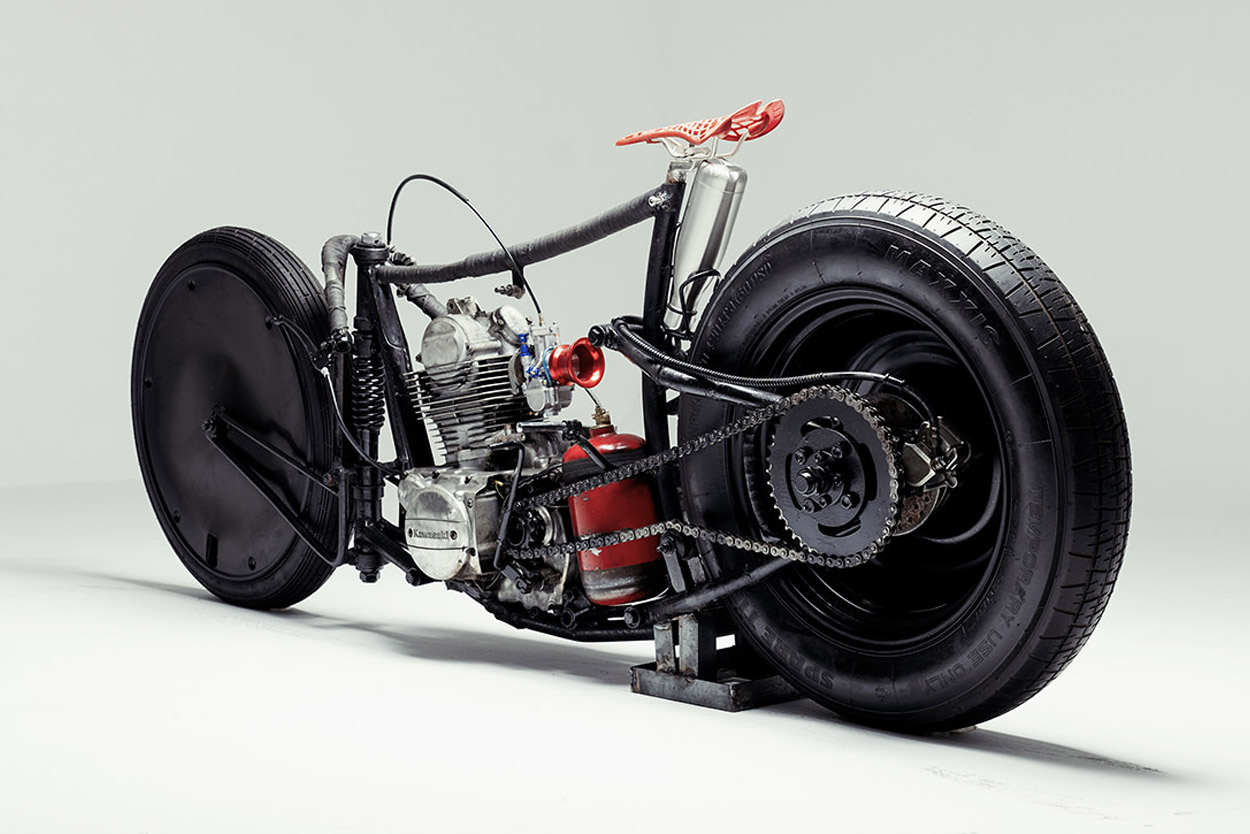 Ultimately the idea is to keep total weight to the bare minimum and not sacrifice agility as far as possible. Would I want to take this dirt racer for a spin on tracks? I’d be reluctant to do that since Valen himself is not sure if this one will adapt to the roads as intended. 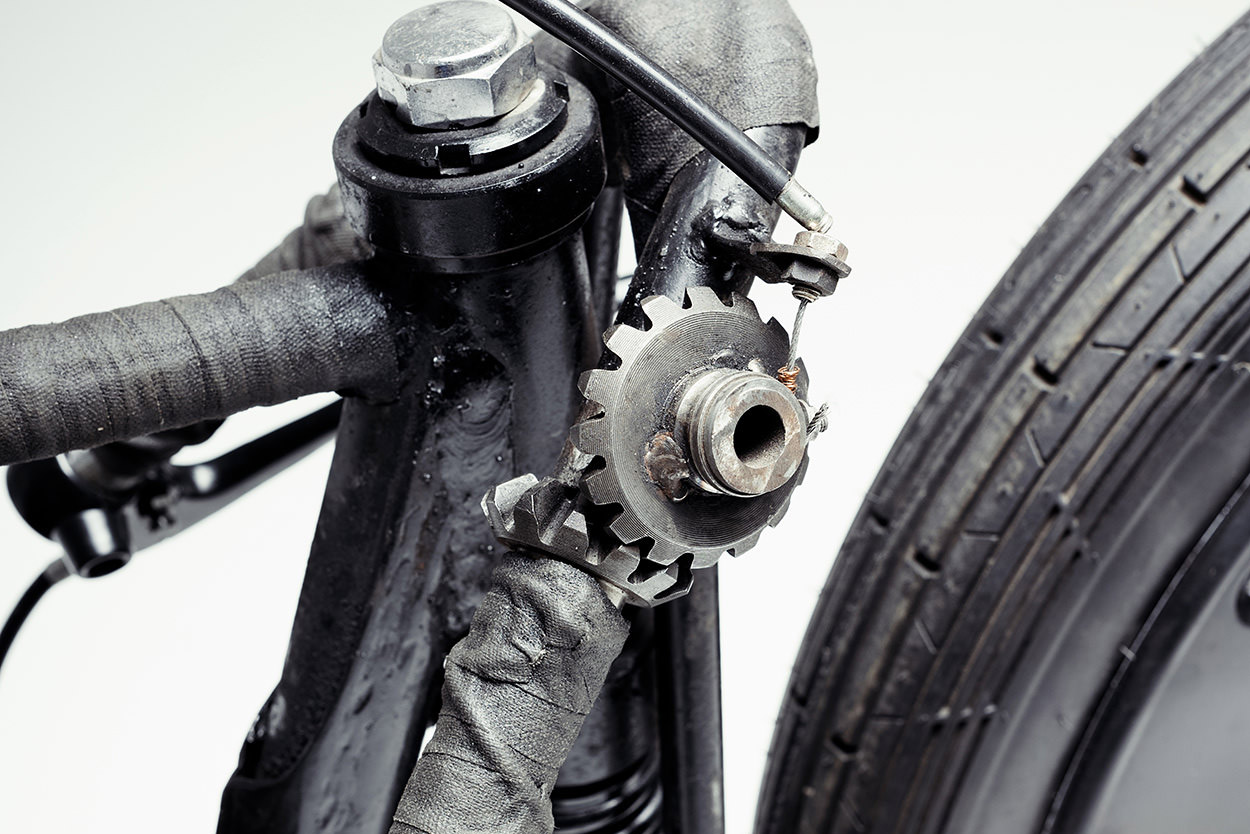 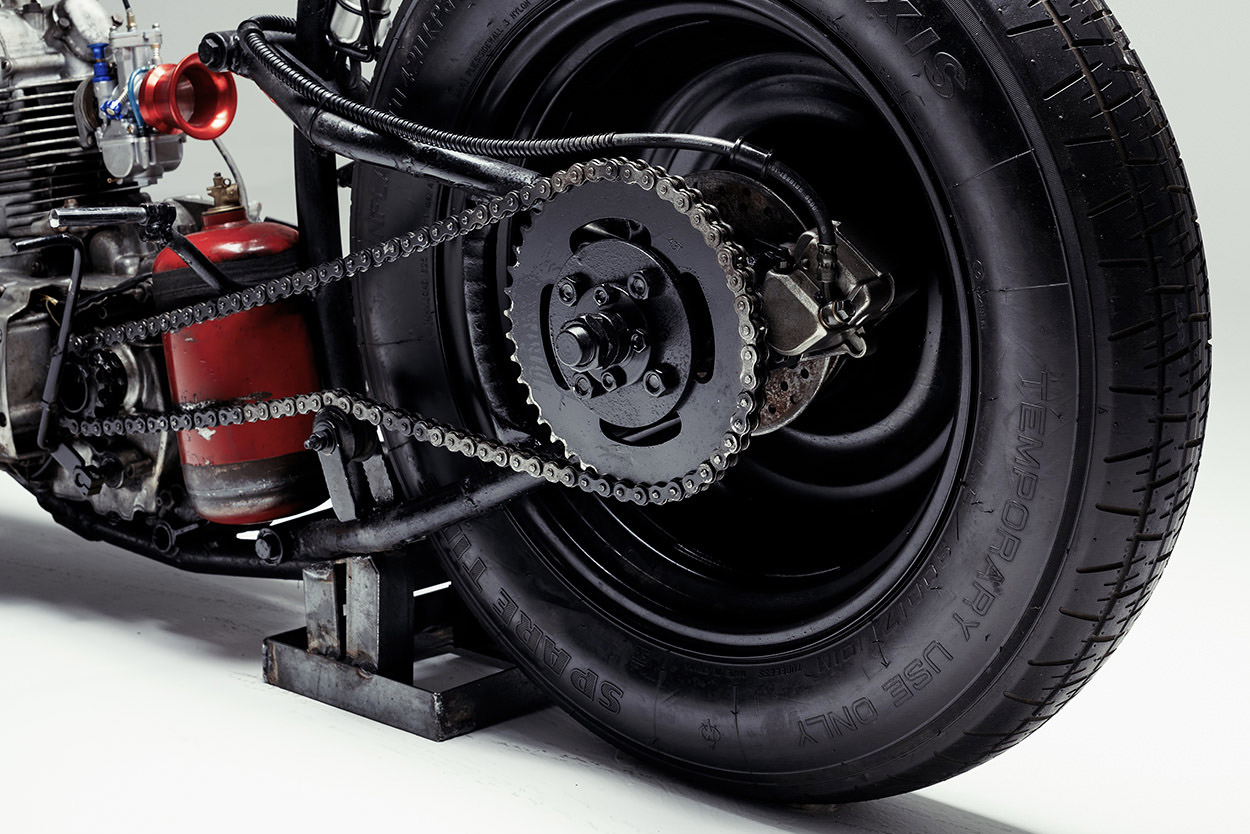 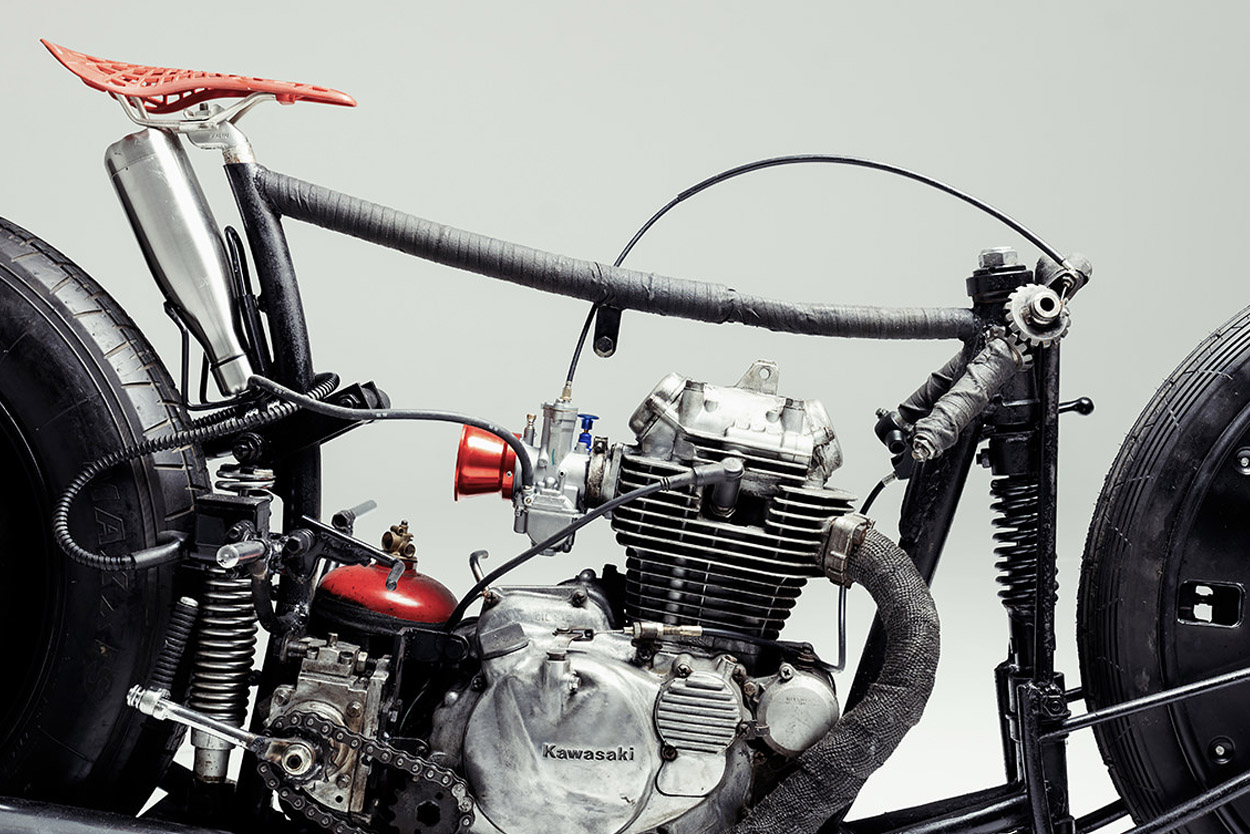 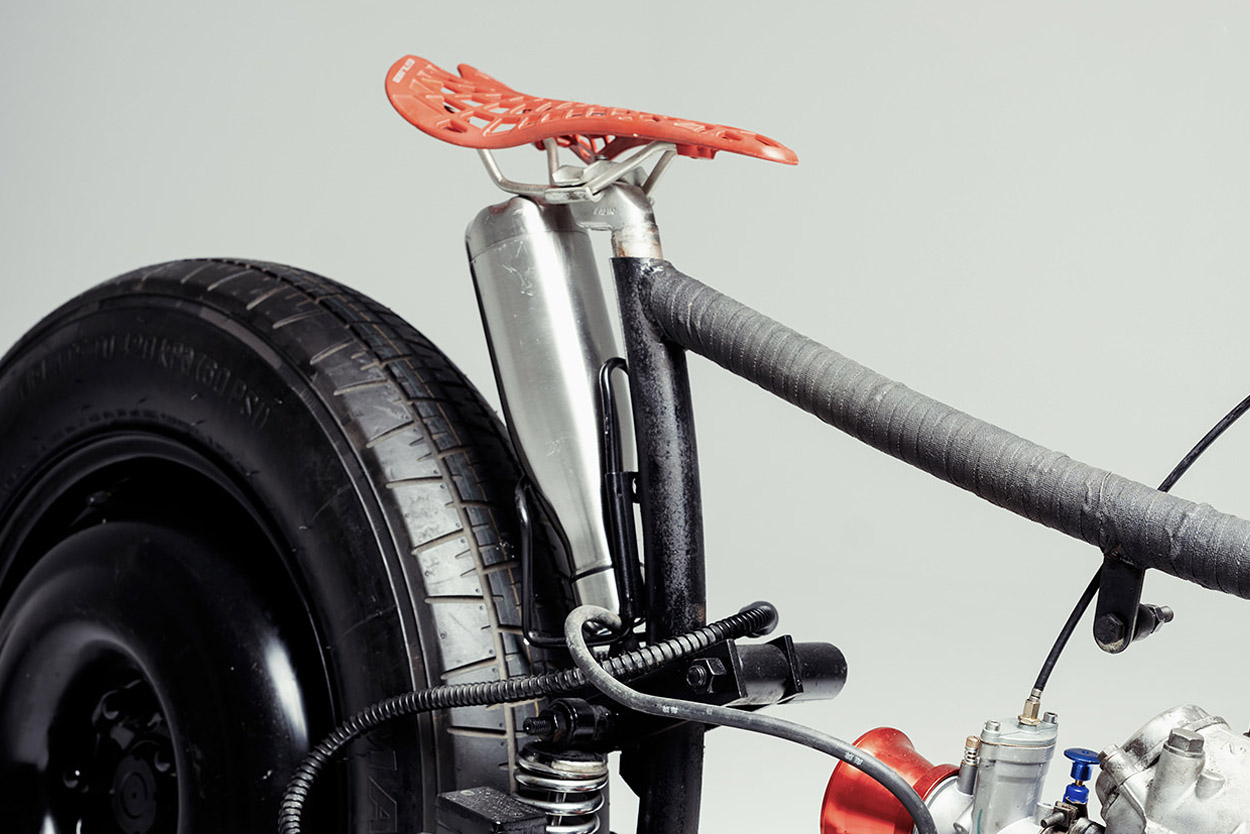 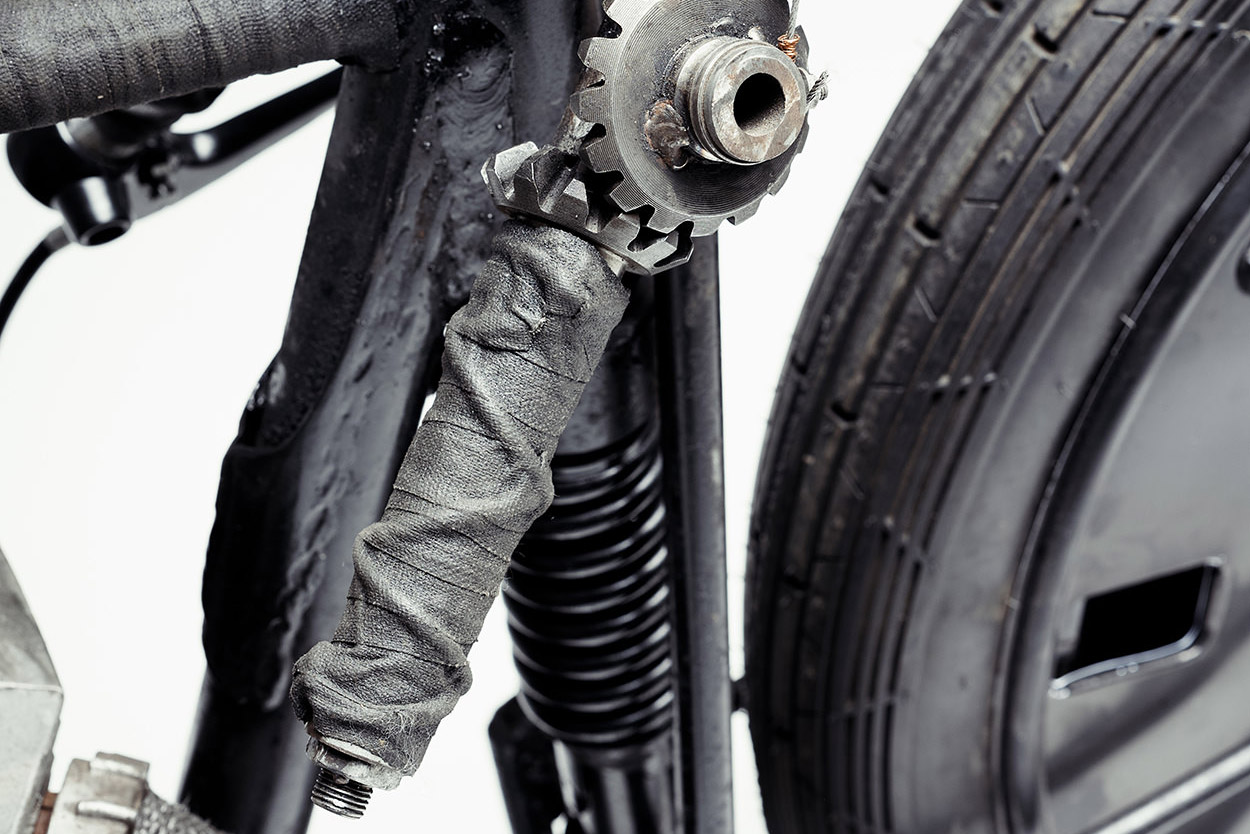 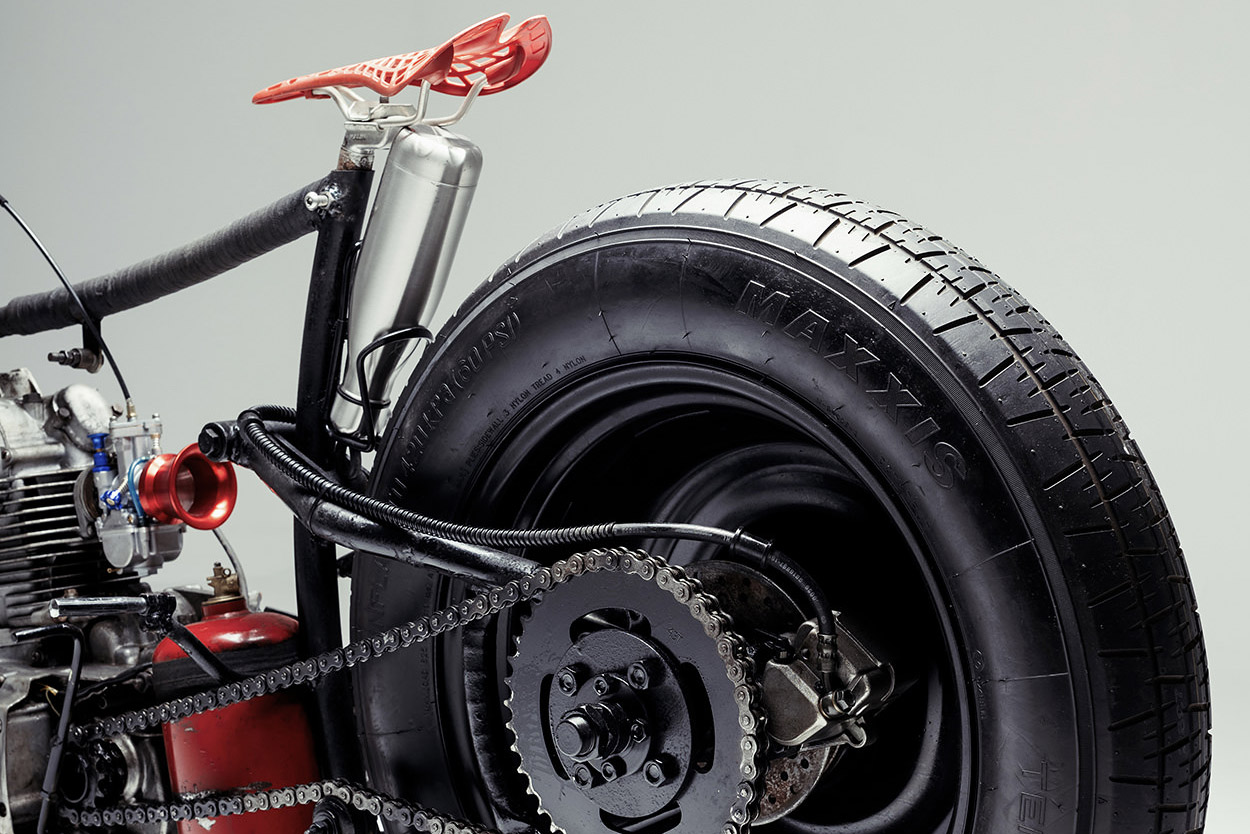 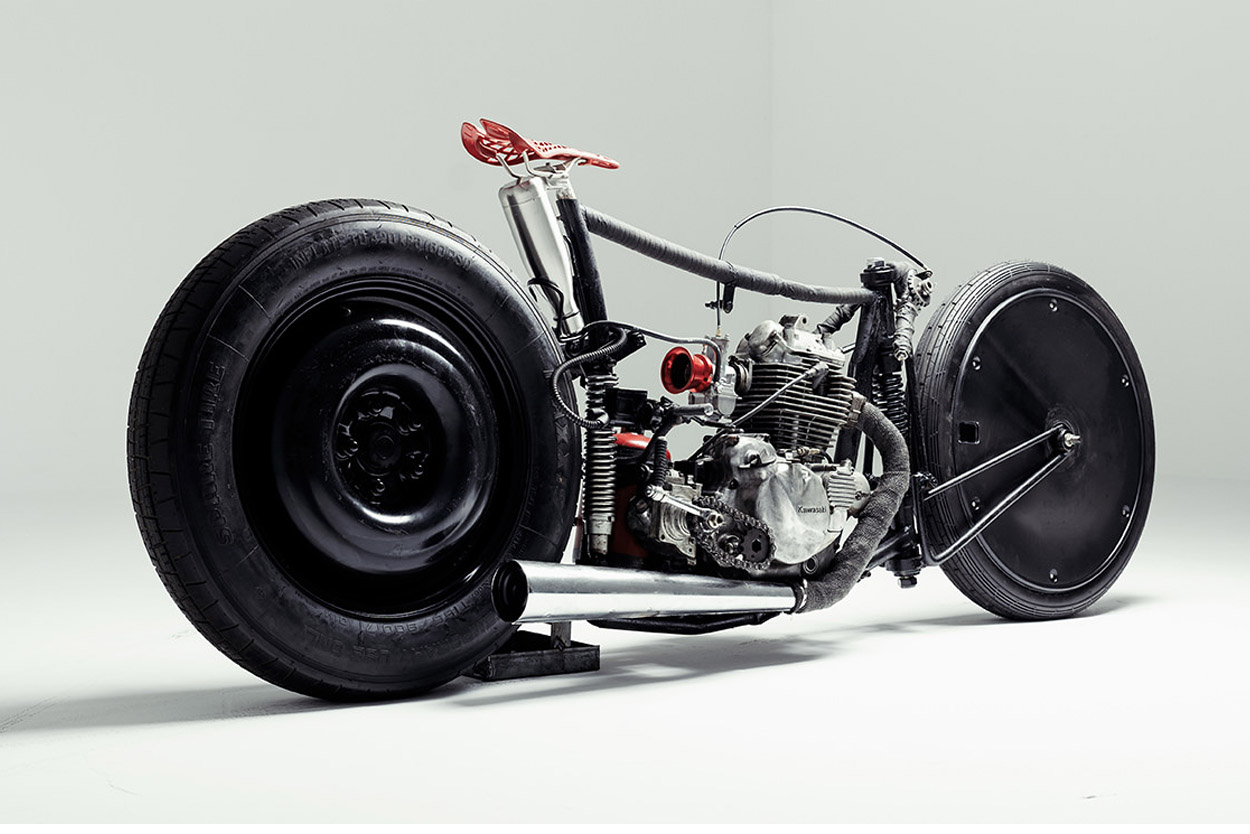