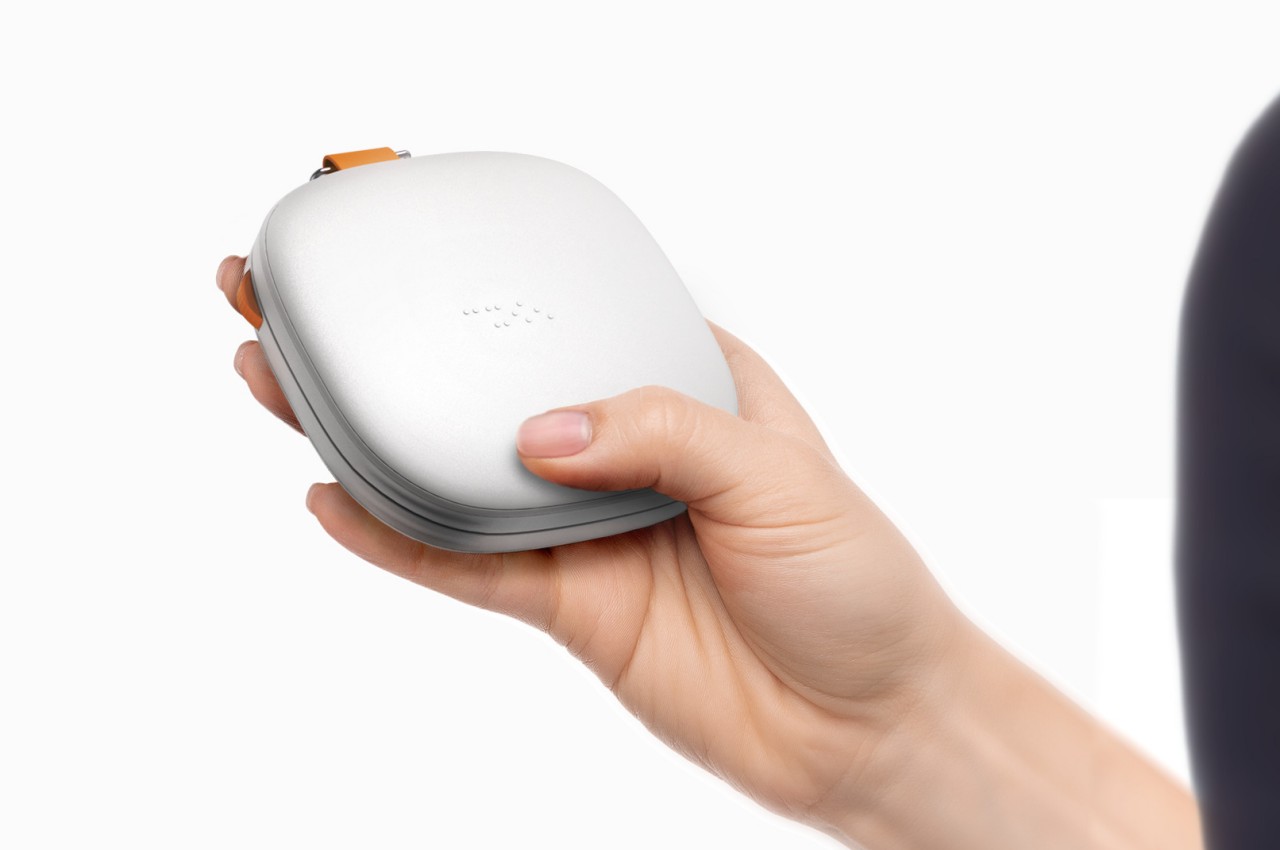 There is a veritable wealth of technology available at our fingertips, from smartphones to hands-free voice assistants to AI that can create convincing (or deceptive) works of art. Amazing as they might be, not everyone is able to utilize these technologies that make human life more convenient, especially when it comes to things that you need to see to be able to use. Visually impaired people are among those disenfranchised by many of these common technologies and devices, and they actually make up a large part of today’s population. Even something as simple as taking notes for recalling later can be a frustrating process despite modern technology, but this simple-looking device concept attempts to put those technologies to work in a very inconspicuous way. 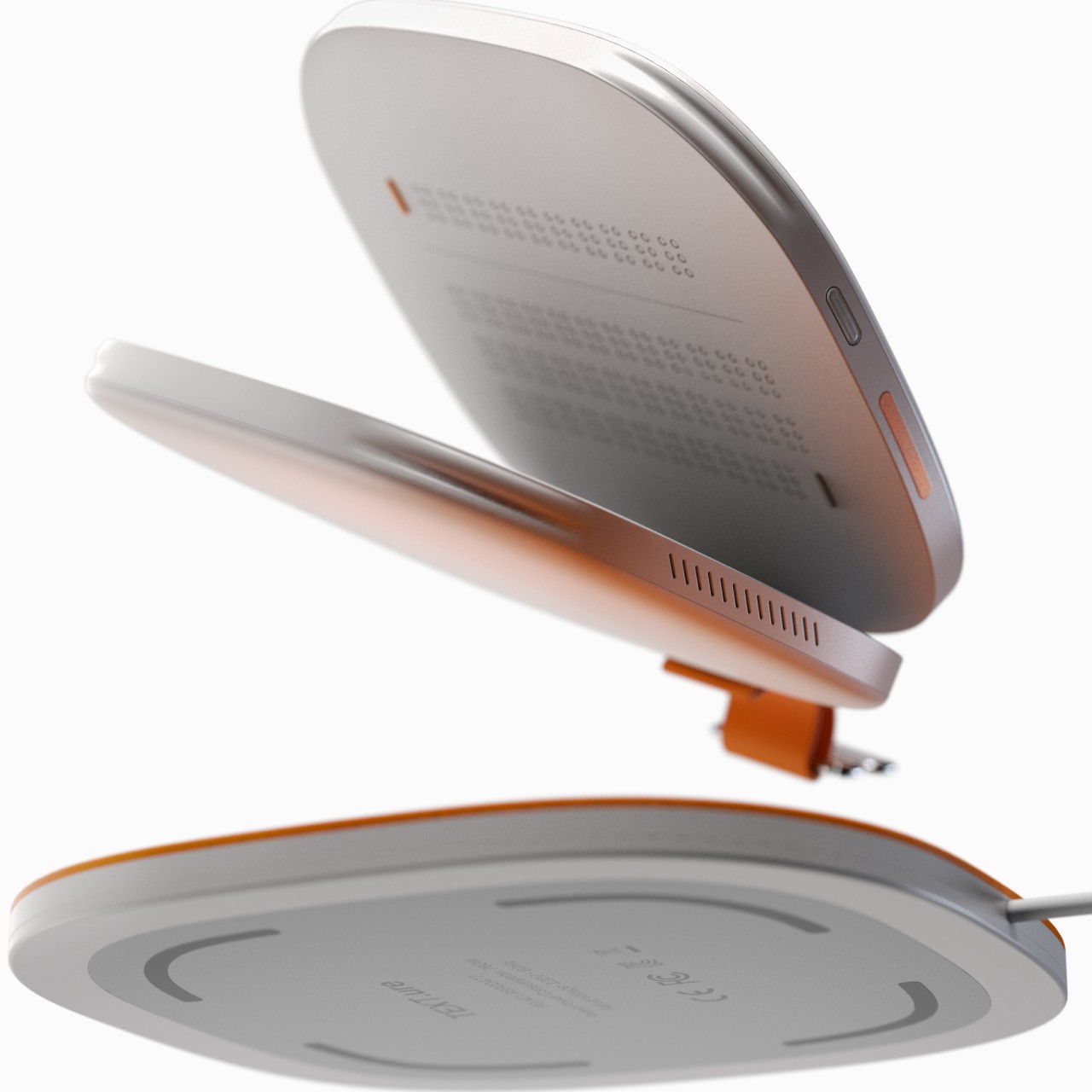 We do have quite a few devices and services today that don’t require vision to use. Voice-controlled smart assistants, for example, give feedback via voice as well and offer auditory cues instead of notifications on screens. Of course, they can also take voice notes for yourself that you can ask them to play at a later time. Unfortunately, that kind of interaction isn’t always possible, especially in public places where you might not want other to hear that memo to yourself, or it might not be possible to hear the voice note in the middle of a noisy environment. 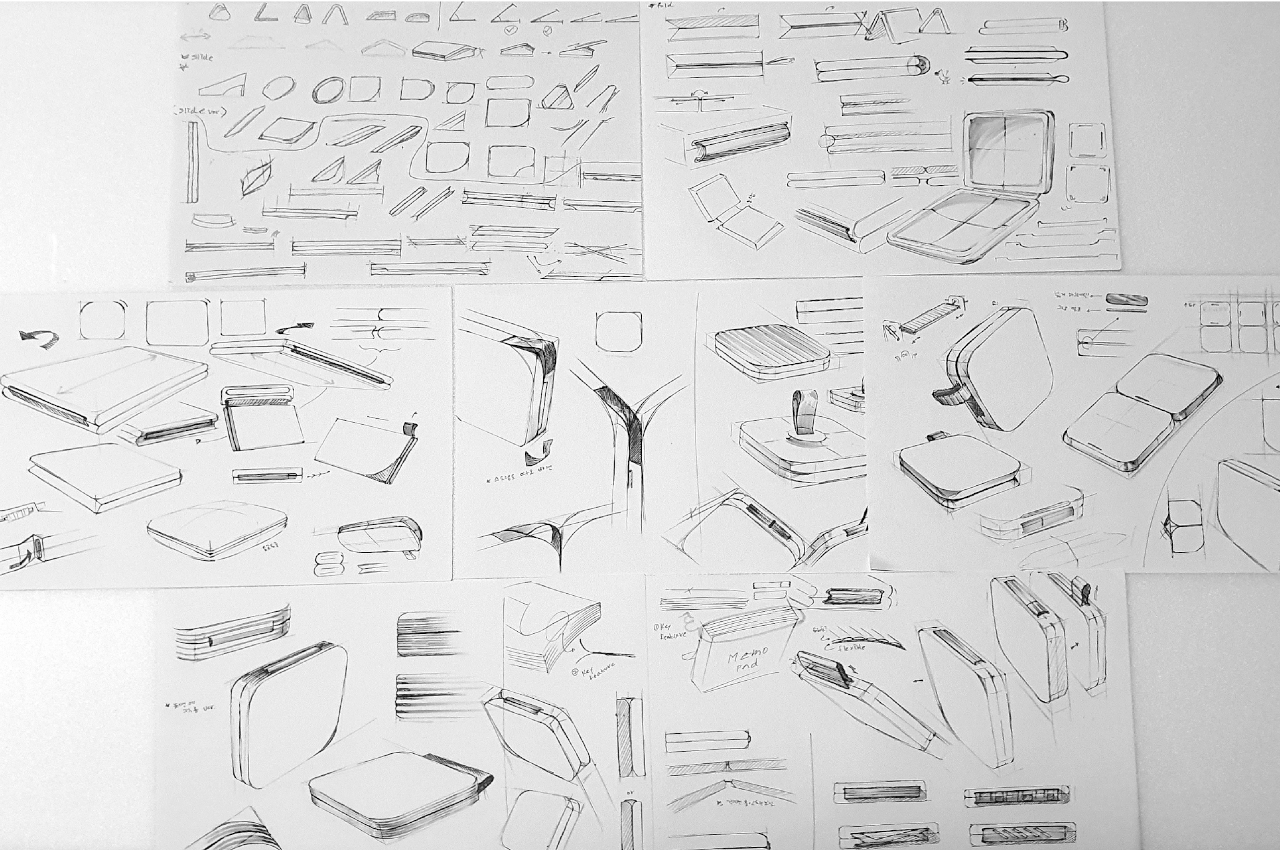 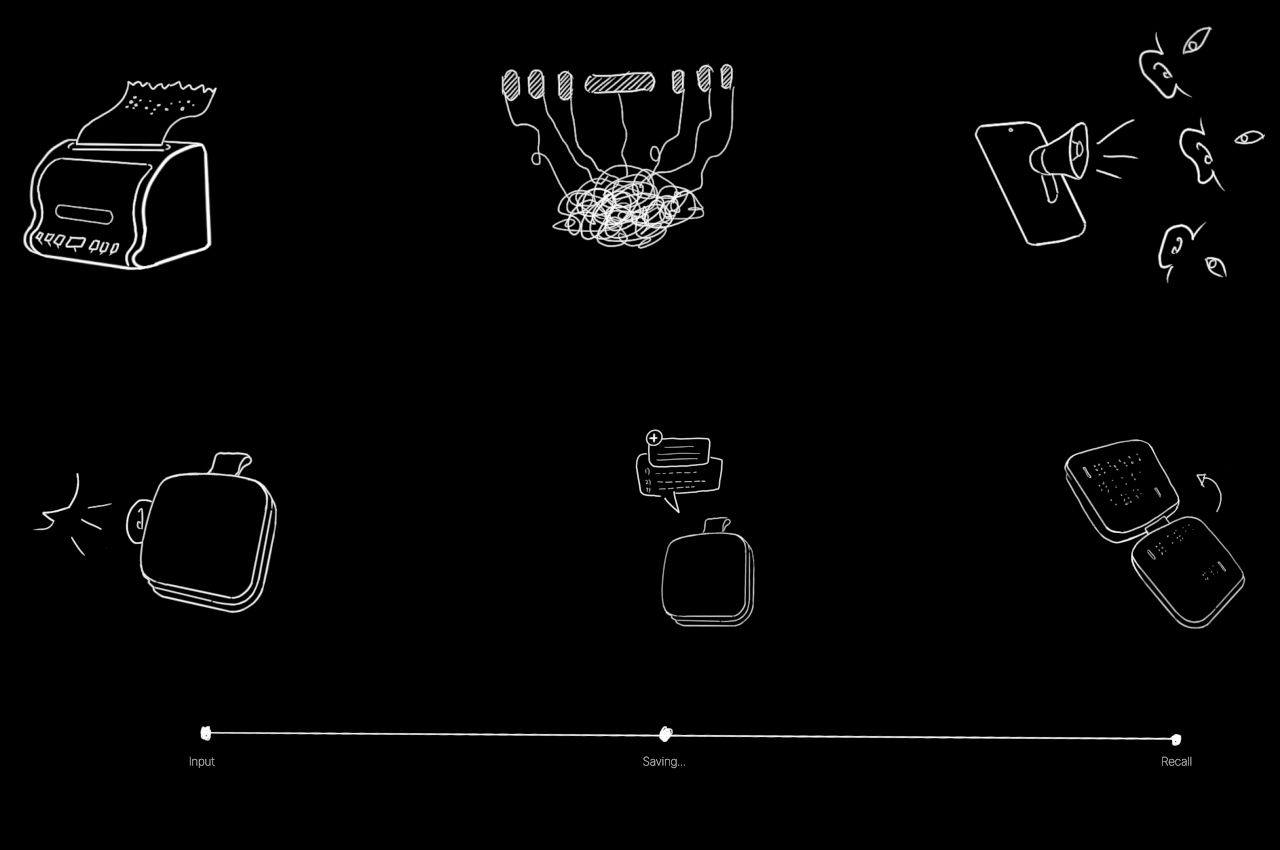 TEXT.ure offers a solution that is both simple yet ingenious, combining several existing technologies into a single design that could significantly improve the quality of life of visually-impaired people. In a nutshell, the user records a voice memo onto the device, and it uses speech recognition and perhaps a pinch of AI to translate that memo into Braille. Inside the device is a grid of dots that can be raised or lowered to form the corresponding Braille characters so that the user can read the note later in private. 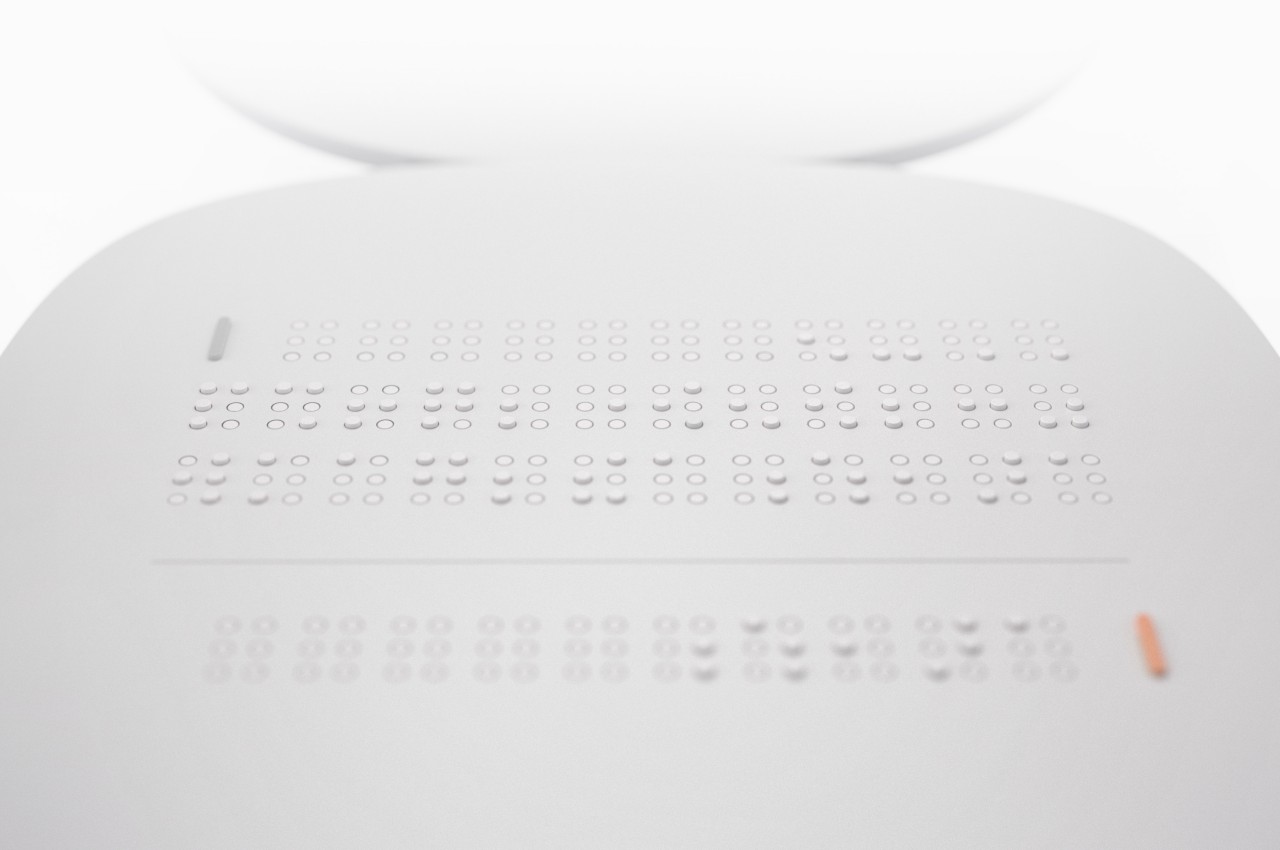 The idea might sound simple but the execution is quite elegant. TEXT.ure comes as a square device with rounded corners and smooth surfaces. It opens up into two parts, revealing the Braille mechanism inside. The shape is reminiscent of the general form of notepads, or at least how blind people might perceive it through their fingertips. 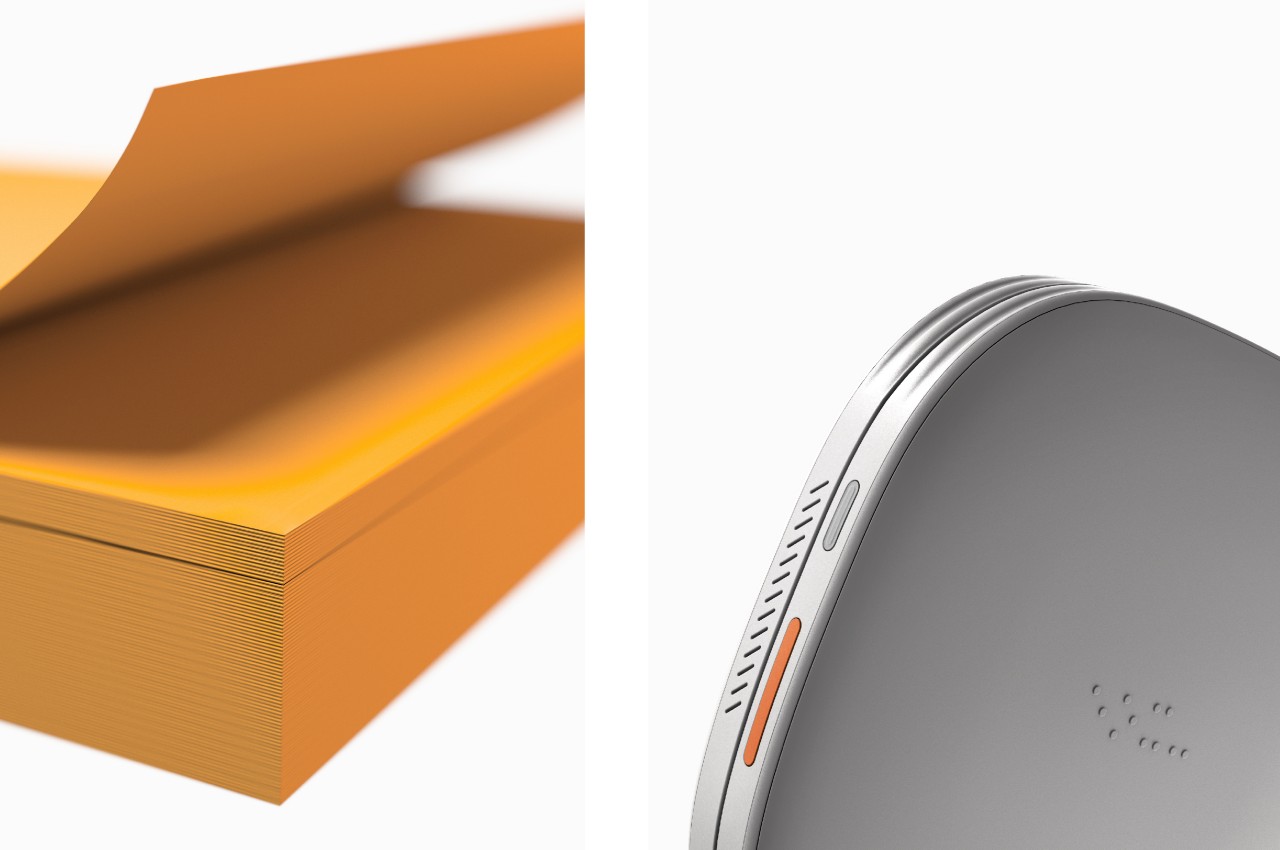 A great deal of attention was poured into the texture and tactile experience of the device, especially since visually-impaired people rely heavily on their sense of touch. The use of plastic, though questionable, is meant to convey feelings of lightness and softness, while the silicone carrying strap makes gives one an assurance of flexibility and durability. The fabric that covers the hinge connect the two halves also give a warm sensation. The few physical controls that the device has are all located at the edges and are clearly marked so that they can be easily distinguished and manipulated with a single touch. 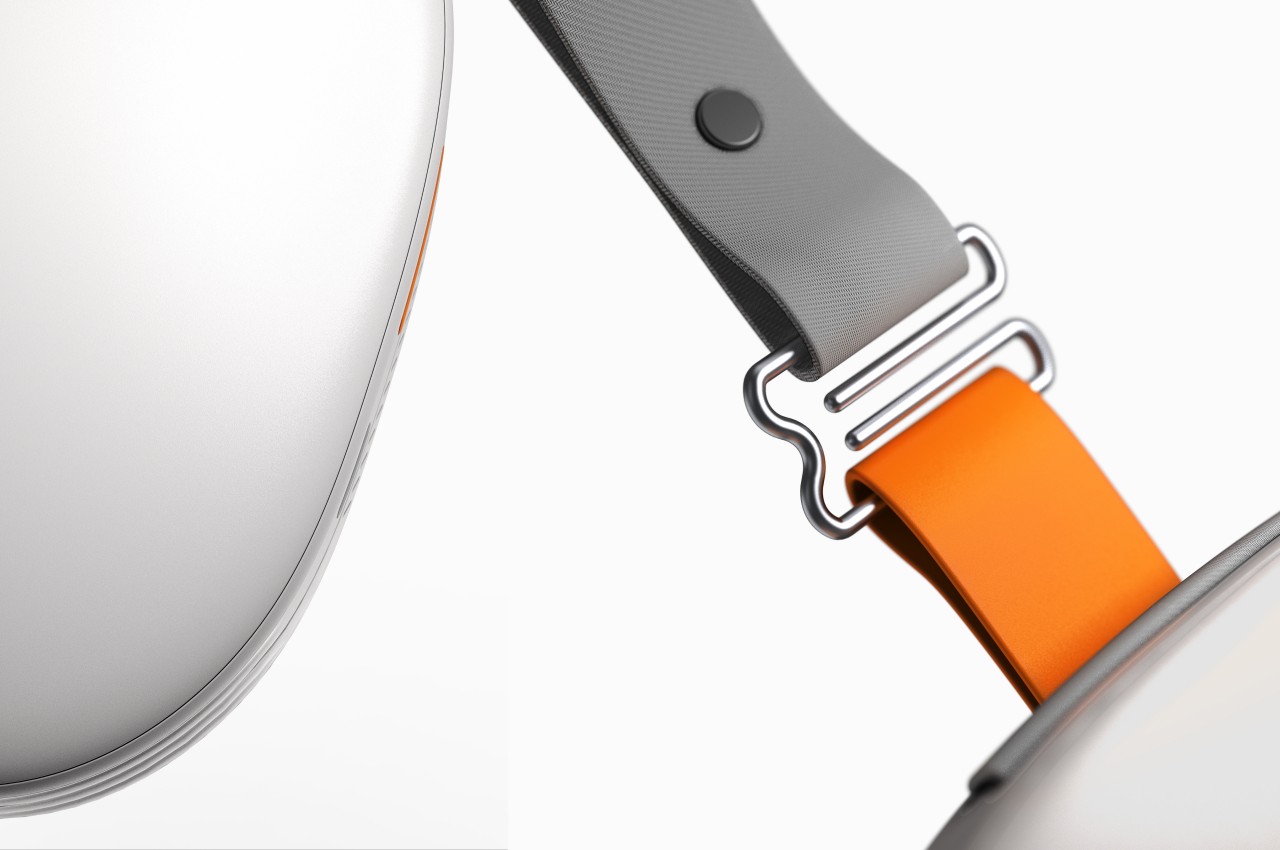 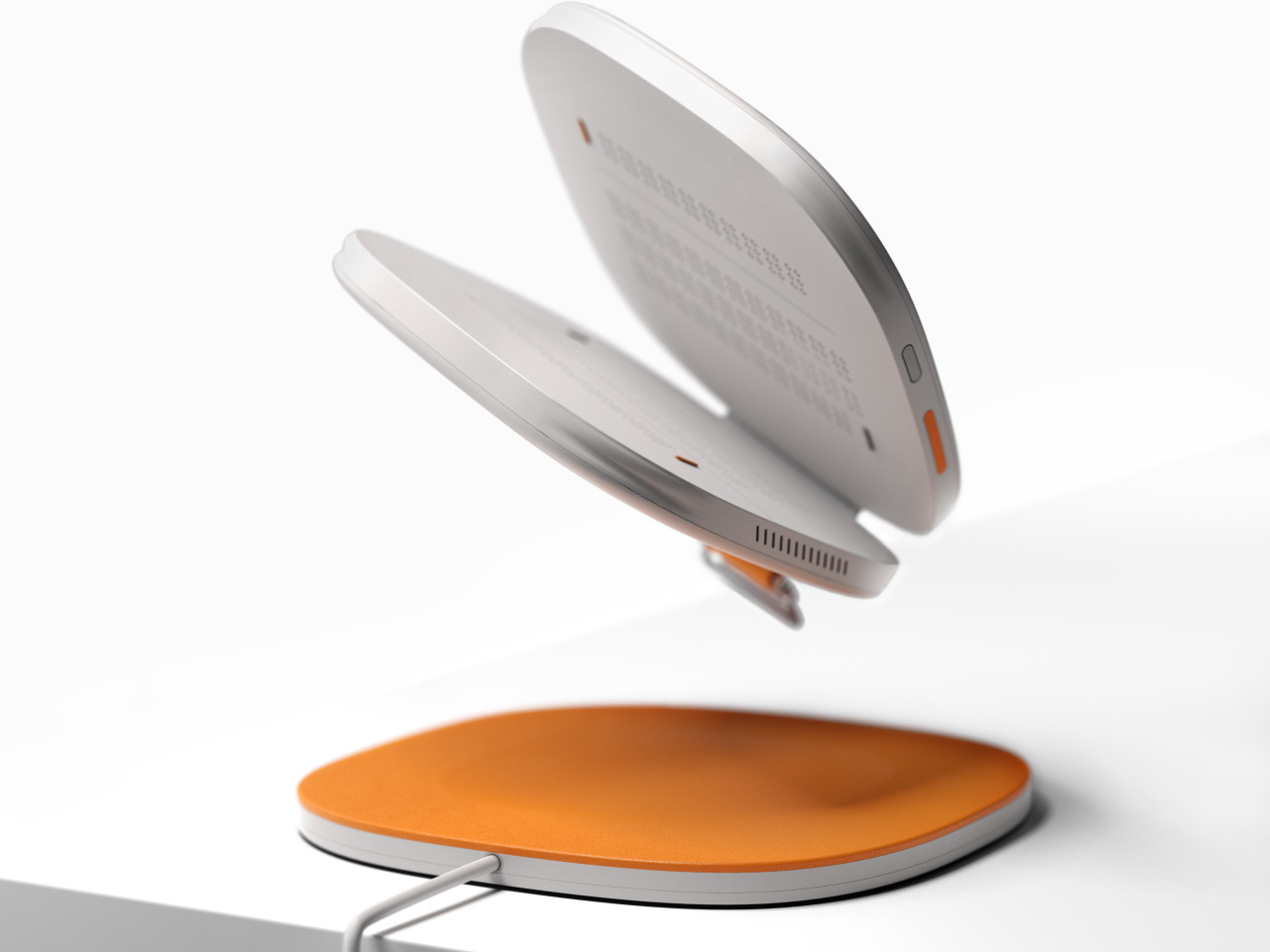 TEXT.ure might sound and look like a simple device, but its minimalism belies the power that it gives to people who might feel powerless even with today’s technologies. Being able to quickly dictate a note to oneself and be able to read it later with privacy isn’t something that is easily available to visually-impaired people. It’s unfortunate that such devices still exist only in the realm of concepts, but hopefully designers and engineers will be able to come together and build something like this soon. 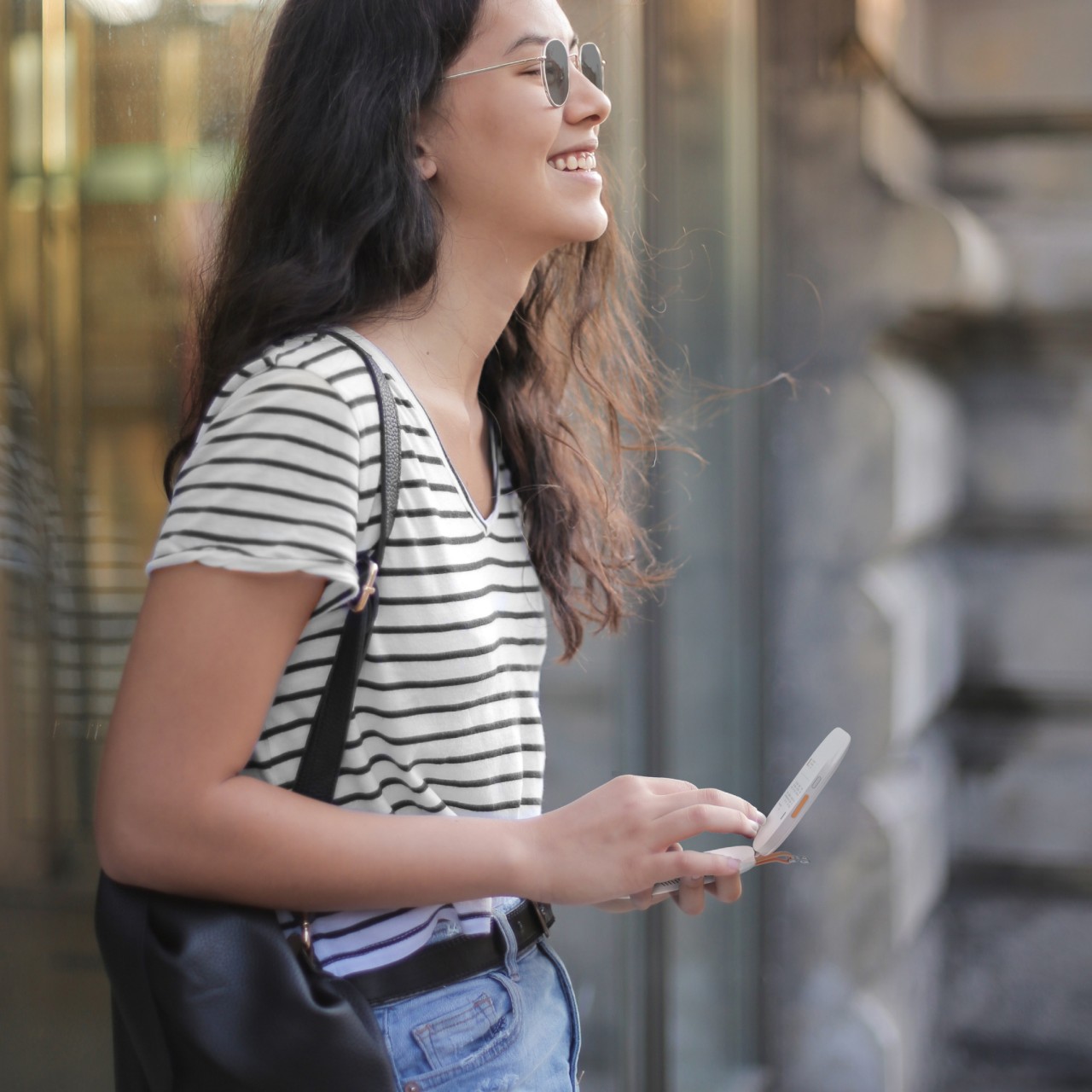 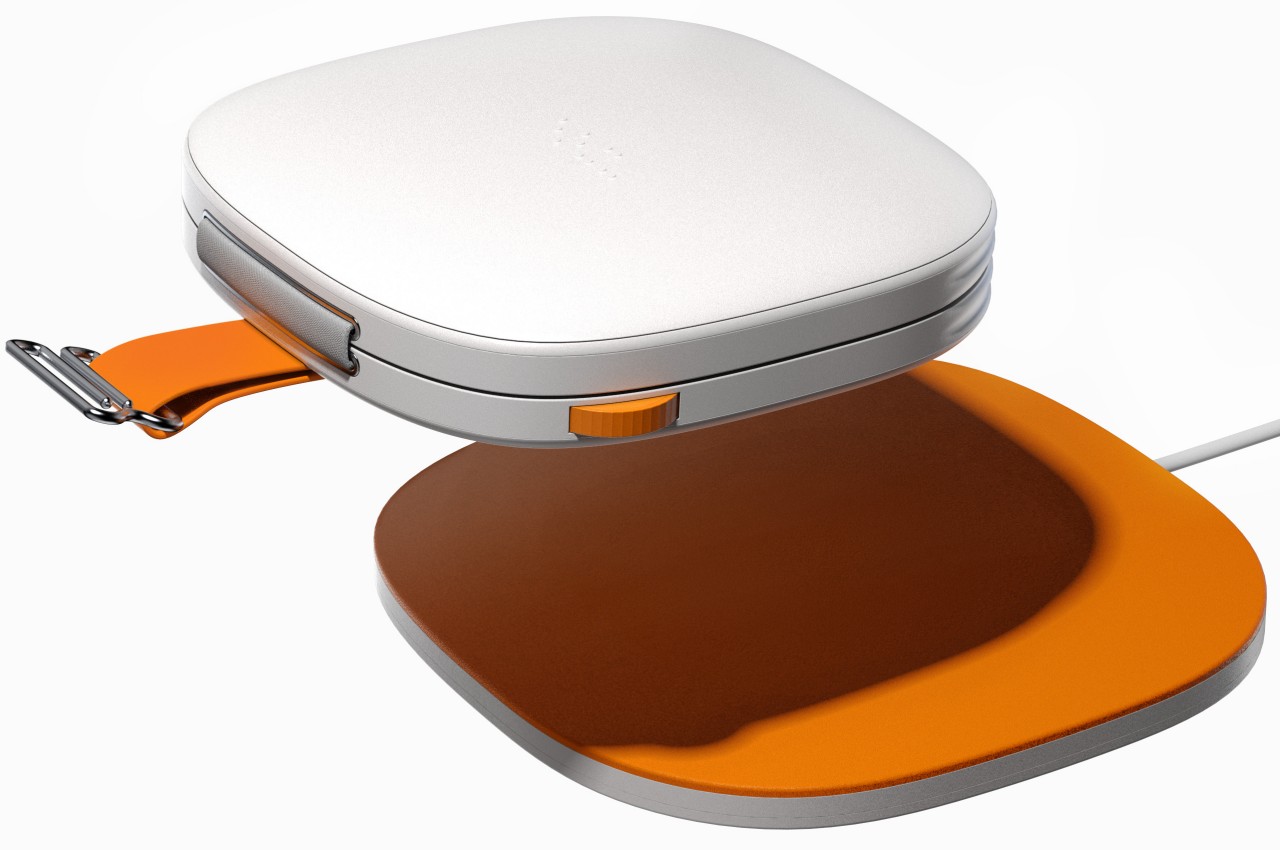 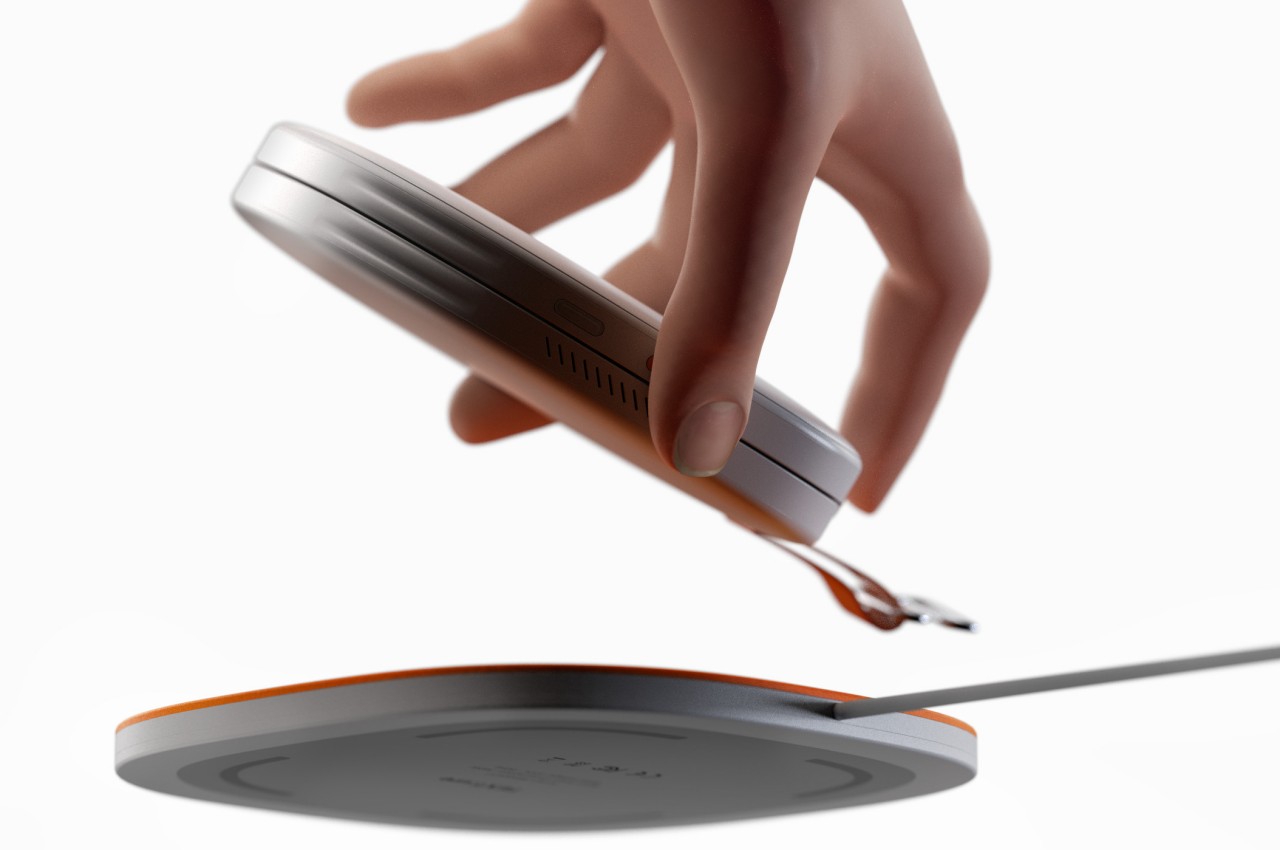