Artists Respond to the Potential Overturn of Roe v. Wade with Creative Furor

Like many of us here in the United States, artists responded to the leaked draft Supreme Court opinion indicating the likely overturn of Roe v. Wade with grief and anger. If the decision remains unchanged when it’s released later this month, the rollback of the landmark 1973 ruling establishing the constitutional right to abortion will radically restrict reproductive freedom across broad swaths of the country. 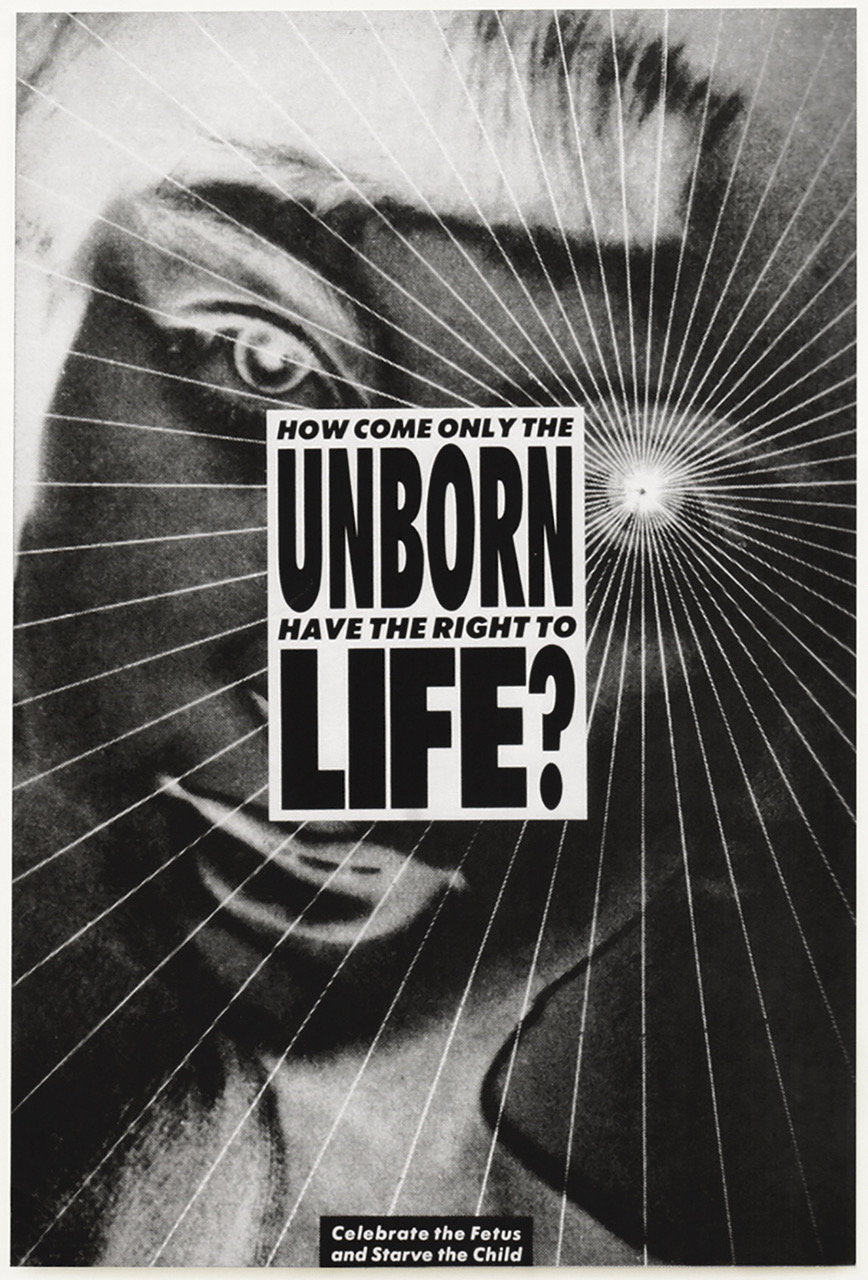 Some of these artists have been campaigning for women’s rights for decades. Barbara Kruger, Nan Goldin, Laurie Simmons, and Nancy Buchanan are among those whose work has touched on abortion rights since the law was first passed. Kruger’s black and white collage Your Body is a Battleground, an image originally produced for a women’s march in Washington in 1989, feels more culturally relevant than ever. “The striking down of Roe should come as a surprise to no one,” Kruger . “And if it does, they haven’t been paying attention.” 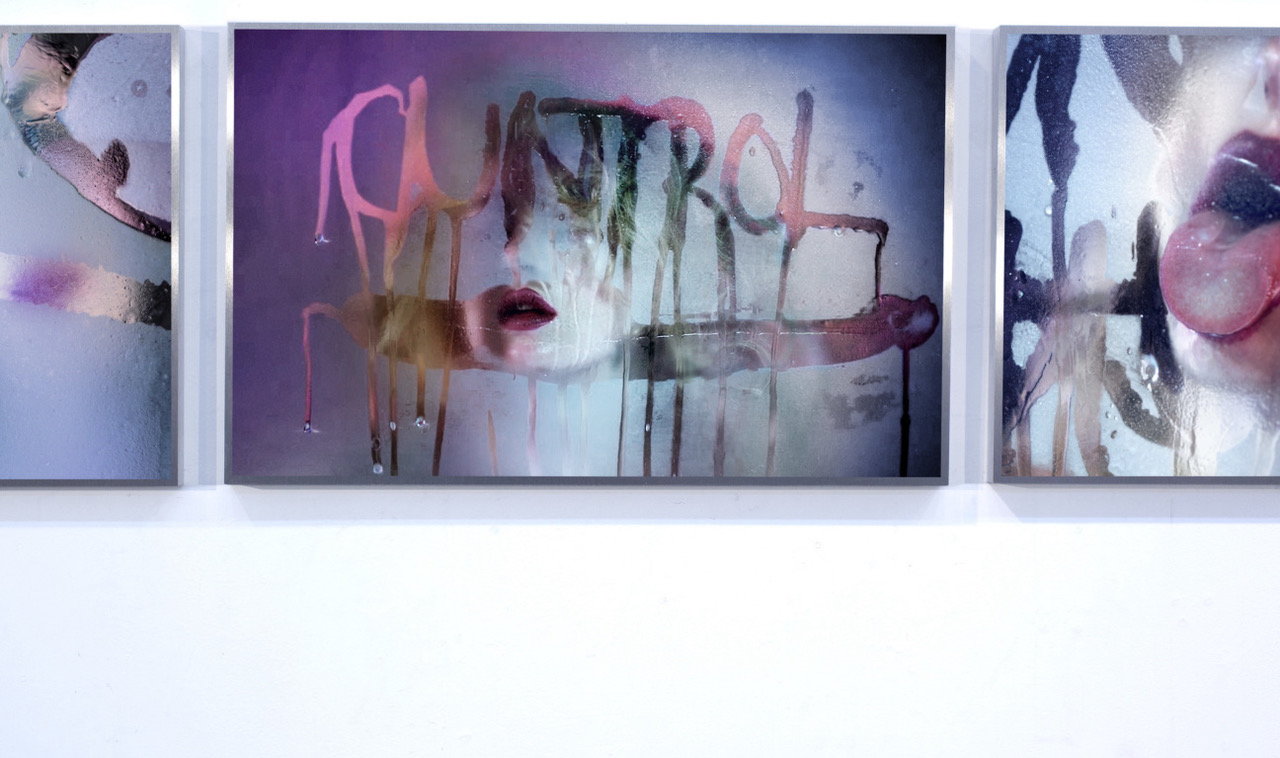 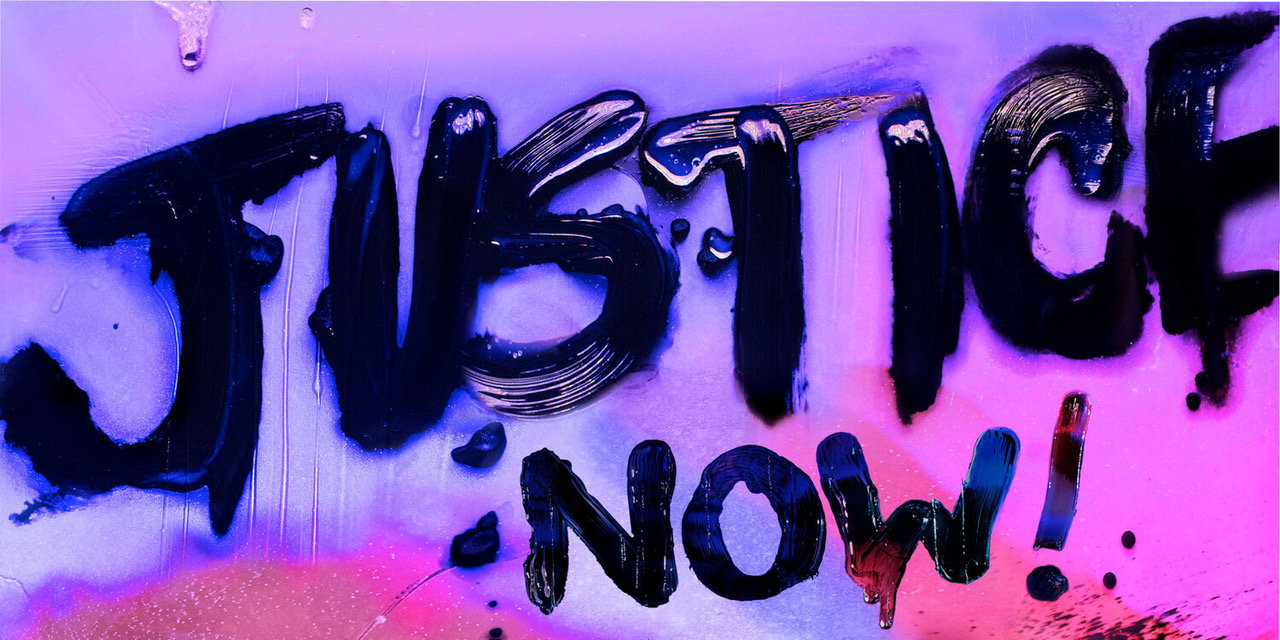 Feminist activist Marilyn Minter is among the contemporary artists responding to the impending Supreme Court ruling with both fury and creativity. Minter’s works supporting reproductive justice include a 2020 series called CUNTROL. That same year, also teamed up with Laurie Simmons, Sandy Tait, Rebecca Jampol, Jasmine Wohi, and Gina Nanni to create an exhibition called with the Cultural Super PAC Downtown for Democracy. Simmons presented her 1976 photographic work featuring dolls and dollhouses in domestic scenes that explored gender and sexuality. 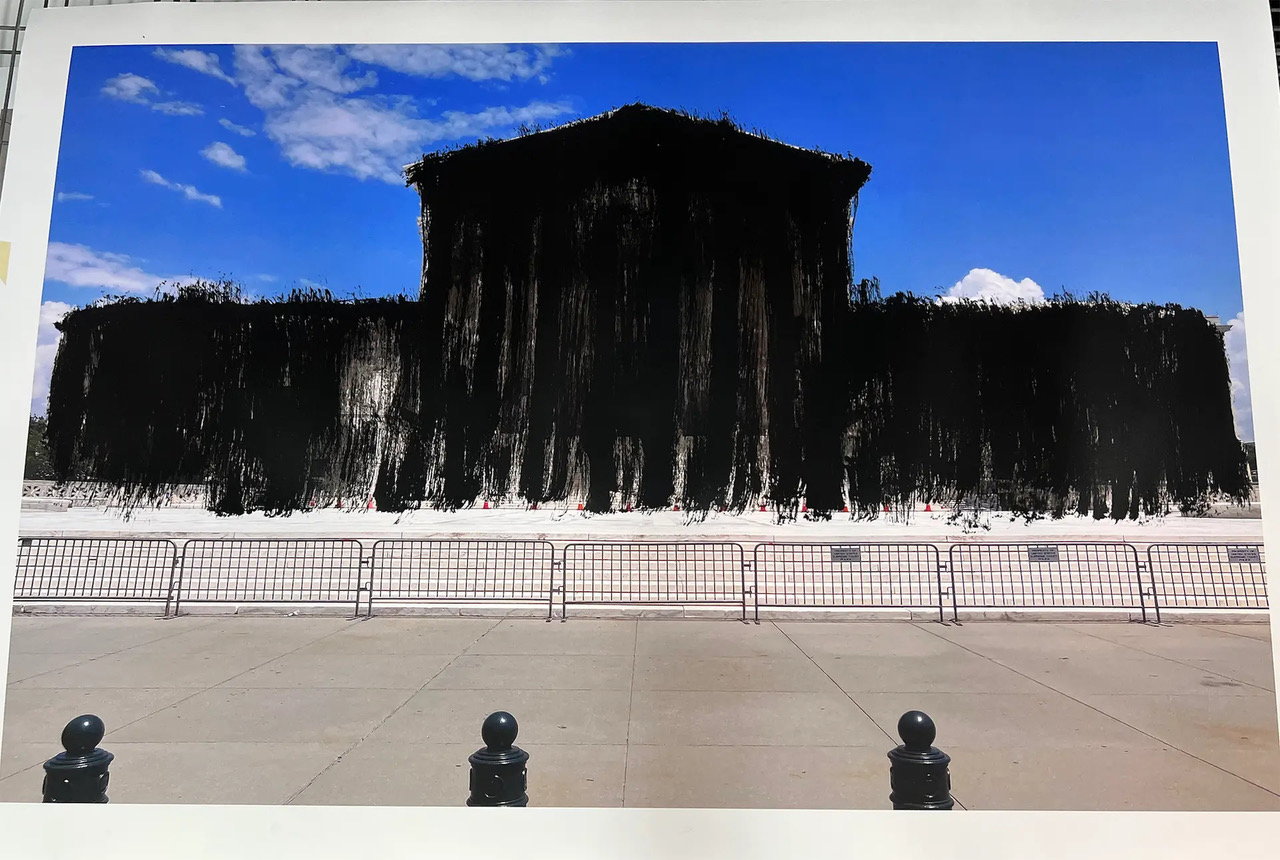 Artist and activist Dread Scott unveiled images and videos addressing the ruling , writing “The impending Supreme Court ruling that overturned Roe v. Wade is a violent assault on women’s rights. Women will be forced to become mothers and others will die. This cannot be allowed to happen. Fight like hell to make sure this ruling never becomes law.” One work in progress, titled “Obliterated Power,” depicts the Supreme Court building blacked out against a bright blue sky. 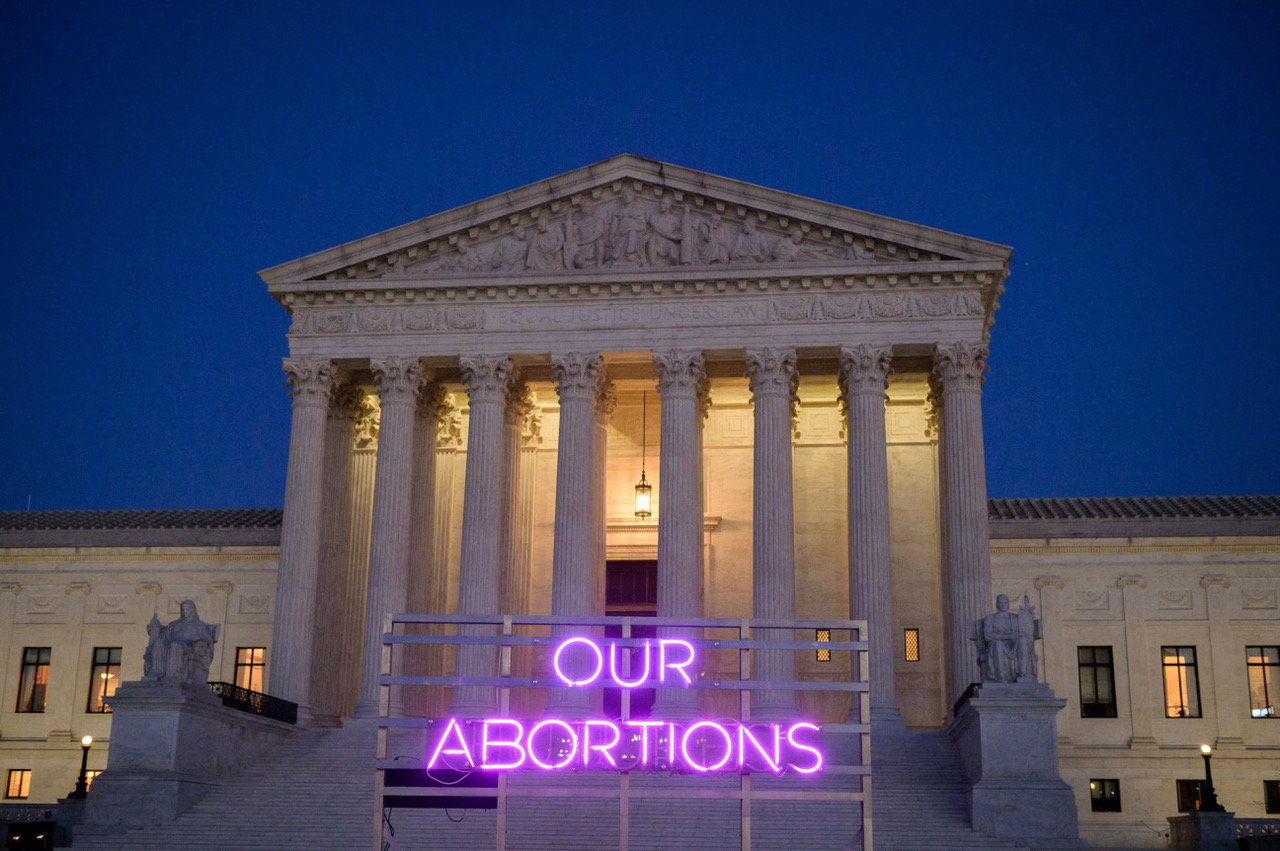 In early 2022, Alicia Eggert’s neon installation OURs in collaboration with Planned Parenthood. The pink neon sign flashes the phrases “OUR BODIES,” “OUR FUTURES,” and “OUR ABORTIONS.” It landed in front of the Supreme Court on January 22nd, the 49th anniversary of the original Roe v. Wade ruling. “Constant rhythmic flashing serves both to beckon people and also to warn them,” Eggert explains in a statement. “Light is a universal symbol of hope, and when it comes to abortion access, this particular moment in time seems pretty dark and uncertain. 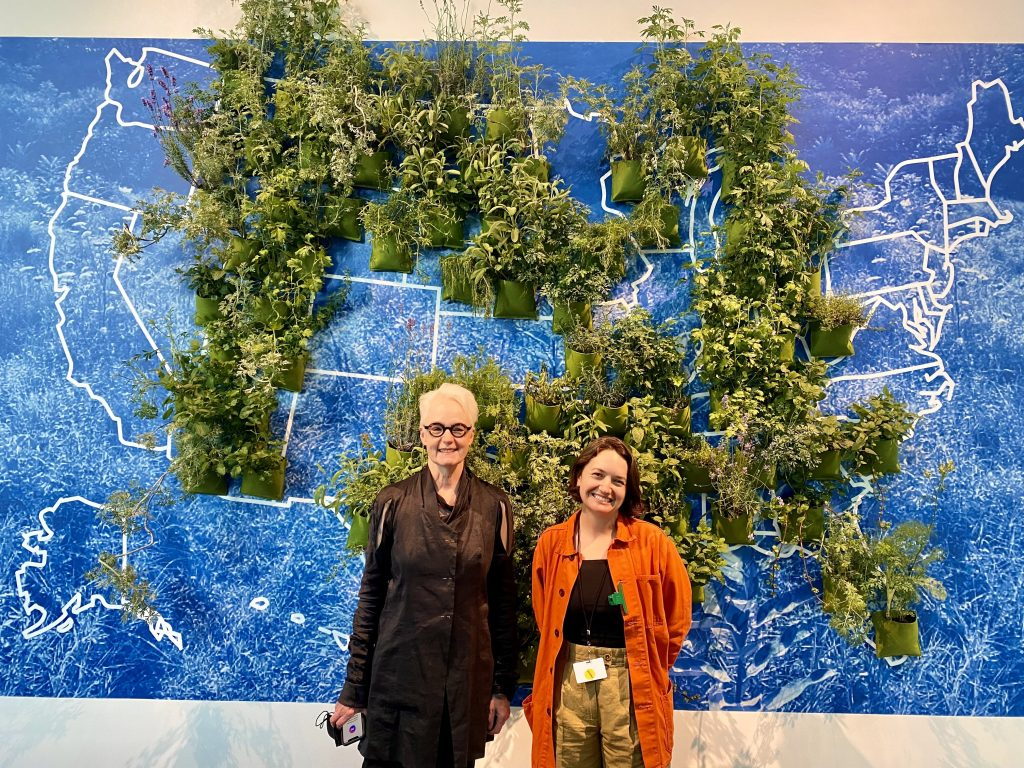 Artists Maureen Connor, Landon Newton, and Kadambari Baxi formed the art collective as both a learning and art project demystifying the historical, biological, and ethical controversies around fertility management. Their recent piece, entitled Trigger Planting, is a 45-foot herb garden visualizing the states where abortion is threatened. All of the plants in the display have traditionally been used for natural contraception and abortion.

Also teaming up with Planned Parenthood are 160 female, male, and nonbinary musical artists, actors, and other public figures, who listed their names in a full-page ad as part of the organization’s They include Ariana Grande, Megan Thee Stallion, Olivia Rodrigo, Billie Eilish, Selena Gomez, Shawn Mendes, Halsey, Kendall Jenner, and Haley Kiyoko. “We are Artists. Creators. Storytellers,” the ad reads. “We are the new generation stepping into our power. Now we are being robbed of our power. WE WILL NOT GO BACK — AND WE WILL NOT BACK DOWN.” 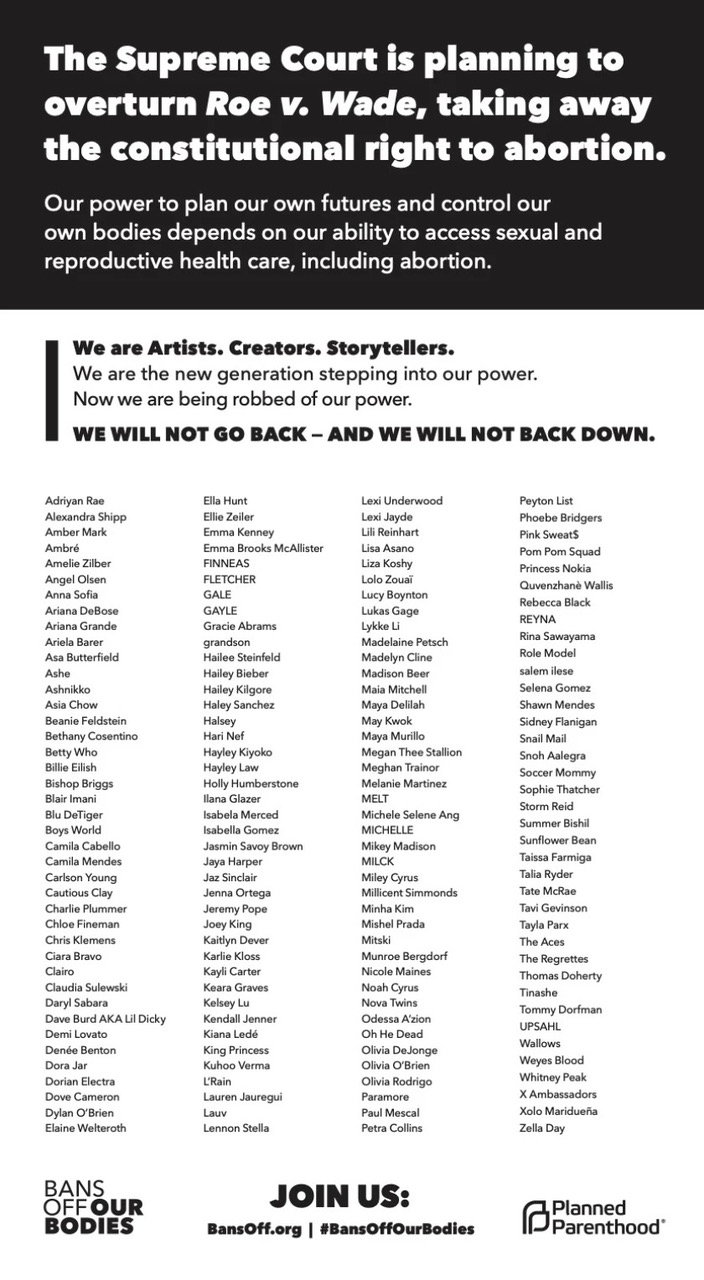 Playwright Will Brumley has offered his play royalty free for anyone who wants to stage a benefit reading, drawing dozens of responses across the country. The Clinic is an ensemble production about abortion providers in Wichita, examining how their lives change when they’re faced with providing service under impossible circumstances.

Comedian Lizz Winstead, co-creator of The Daily Show, founded a non-profit called in 2015. The team of comedians, writers, and producers use humor to destigmatize abortion and expose extremist anti-force choices working to destroy access to reproductive rights in all 50 states. Their work includes traveling around the country in support of clinics, mobilizing groups to attend mass protests, and using video and social media to amplify news.