Bob Dylan’s largest artwork to date in Provence, southern France. Part of the chateau’s “Art and Architecture” walking tour, the piece is a massive rail car with sculptural welded iron walls. Simply entitled Rail Car, the piece sits on railroad tracks just beyond the edge of the picturesque vineyard. The shapes in its walls include wagon wheels, crosses, gears, wrenches, and sections of wrought iron fencing and is made from a whopping seven tons of iron. 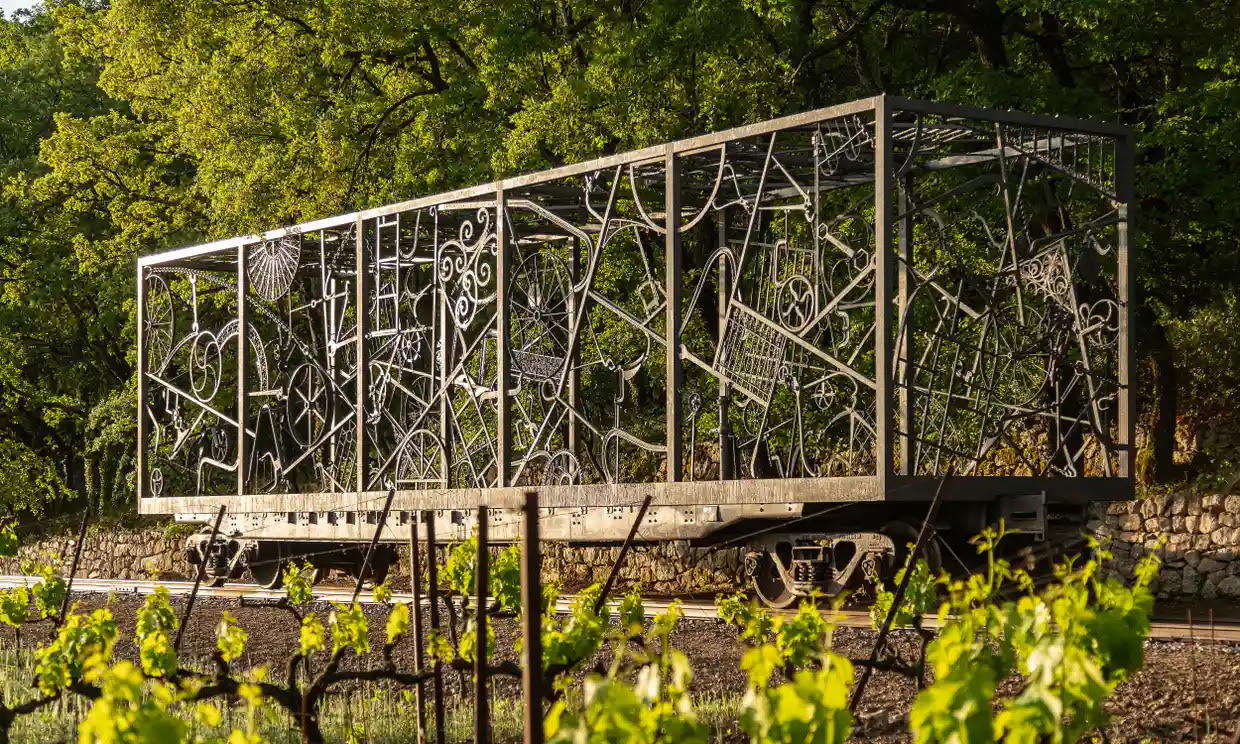 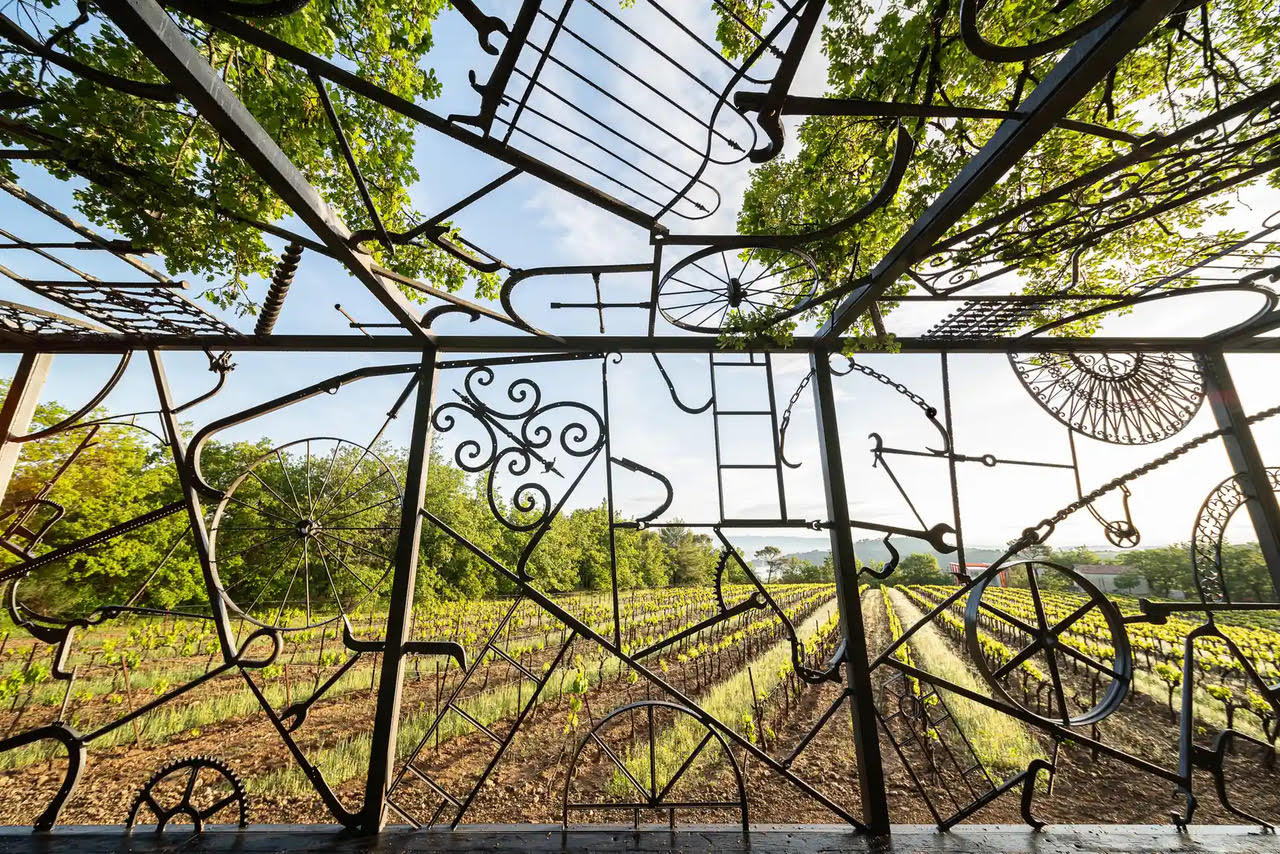 Dylan says the artwork “represents perception and reality at the same time… all the iron is decontextualized to represent peace, serenity, and stillness.” He says the work also contains “enormous energy… it represents the illusions of a journey rather than the contemplation of one.”

Dylan’s Rail Car is a continuation of a series of pieces the musician has crafted using welded metal. The first shown publicly was a set of iron gates entitled Mood Swings, displayed at London’s Halcyon Gallery in 2013. Others include Portal, an iron archway made for a casino in Maryland, and a gate by the U.S. State Department in 2019 for $84,375. 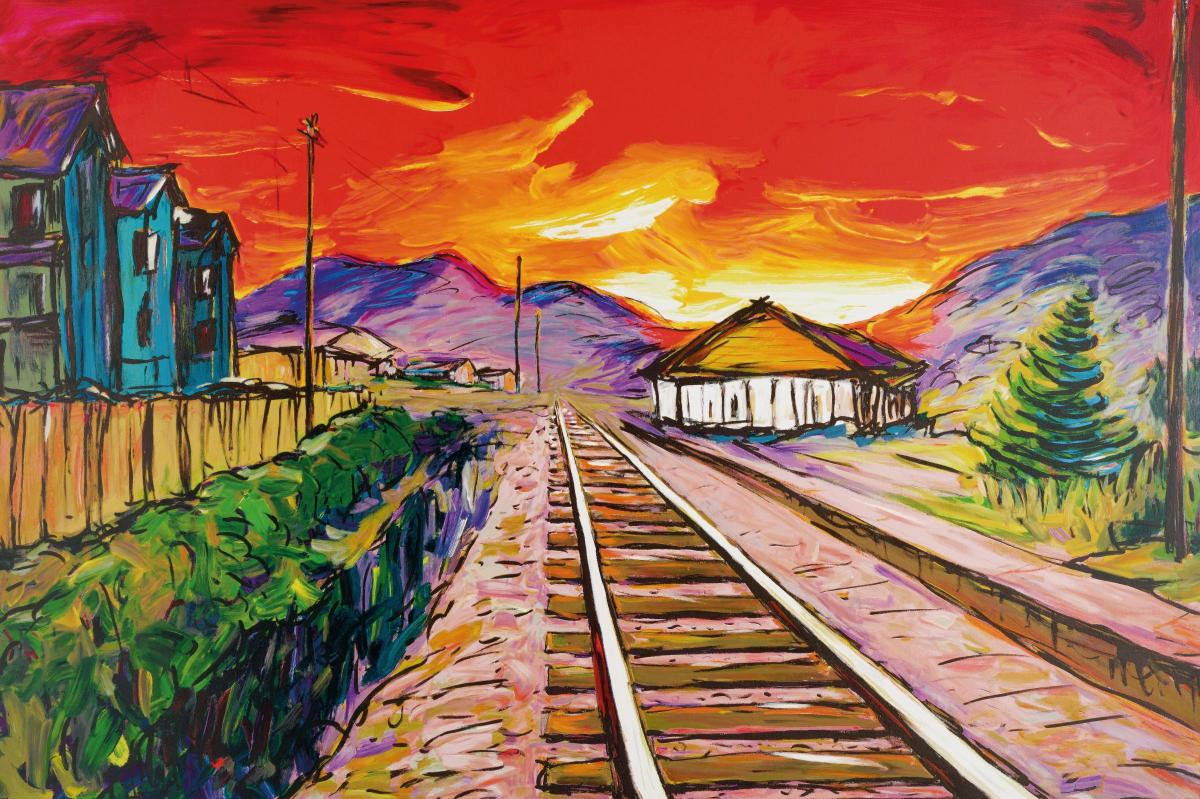 motifs have special meaning for Dylan, with many references to railroads appearing throughout the singer’s discography. Songs include “Slow Train”, “Railroad Boy”, “Train A-Travelin’”, “Mean Old Railroad”, and more alongside Dylan’s legendary 1975 album, “Blood on the Tracks”. In “Freight Train Blues”, Dylan writes, “Well, the only thing that makes me laugh again / is a southbound whistle on a southbound train.”

In his memoir, Chronicles: Volume One, Dylan wrote “I’d seen and heard trains from my earliest childhood days and the sight and sound of them always made me feel secure. The big boxcars, the iron ore cars, , passenger trains, Pullman cars. There was no place you could go in my hometown without at least some part of the day having to stop at intersections and wait for the long trains to pass.”

Other train-themed artworks by Dylan include a series of sketches called The Drawn Blank Series, created between 1989 and 1992. For the 10th anniversary of the release of his 2008 album “Train Tracks”, Dylan added more drawings to the series, adopting a bolder visual style. The full collection can be seen at . 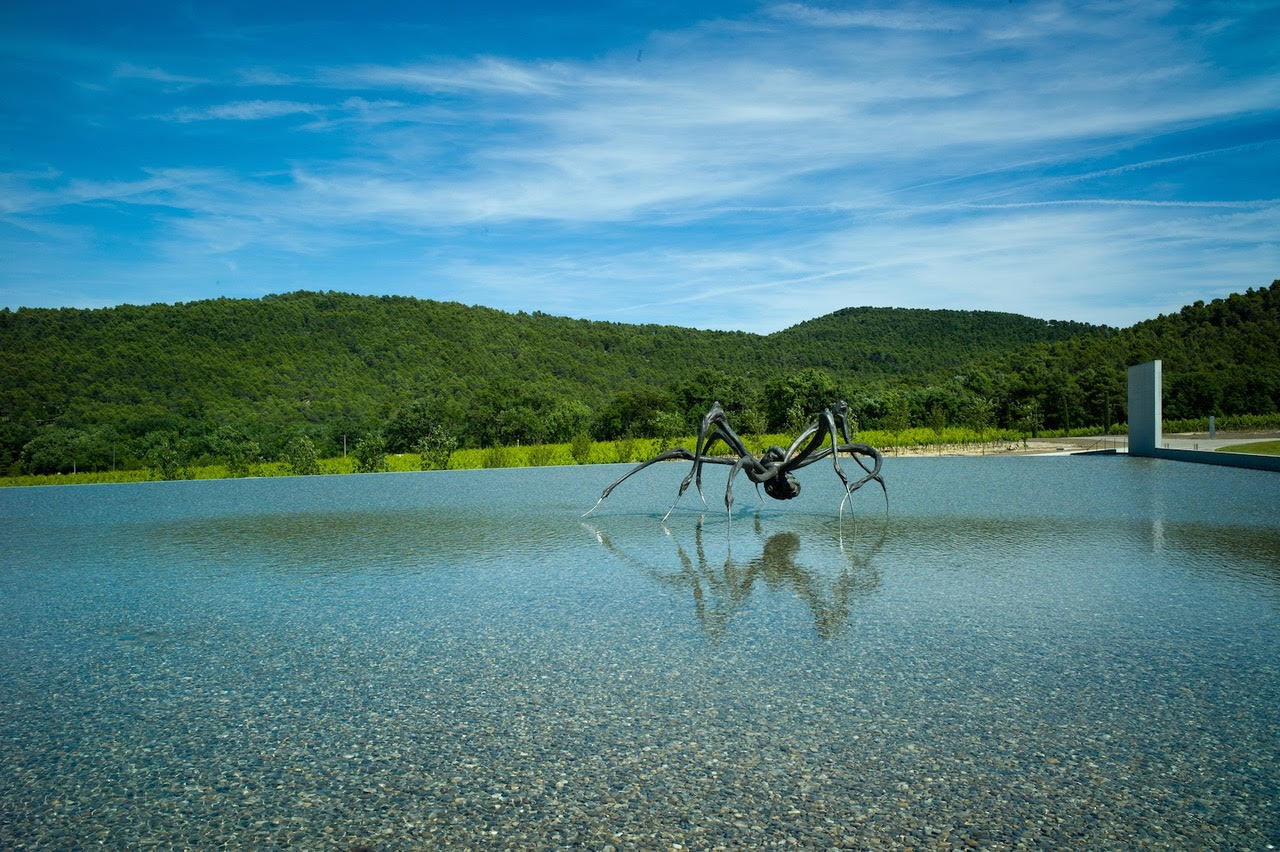 Located about 15 kilometers north of Aix-en-Provence, Chateau La Coste is a 600-acre estate featuring 34 site-specific works of art, small buildings, and pavilions by artists and architects like Frank Gehry, Yoko Ono, Jenny Holzer, Ai Weiwei, and Tadao Ando. The Art and Architecture walk takes guests on a relaxing two-hour tour of these pieces, ending at the winery designed by Jean Nouvel. Ando’s building houses a small gallery, bookshop, café, and restaurant. Among the most notable sculptures in the garden are Louise Bourgeois’s giant Crouching Spider (2007) and Alexander Calder’s Small Crinkly (1976).

If the south of France isn’t exactly on your list of upcoming travel destinations, you can enjoy the artworks on display at Chateau La Coste . But if you plan to be in the area anytime soon, don’t miss this stop. The tour is truly an unparalleled experience of spectacular contemporary art by some of the world’s most influential creators.