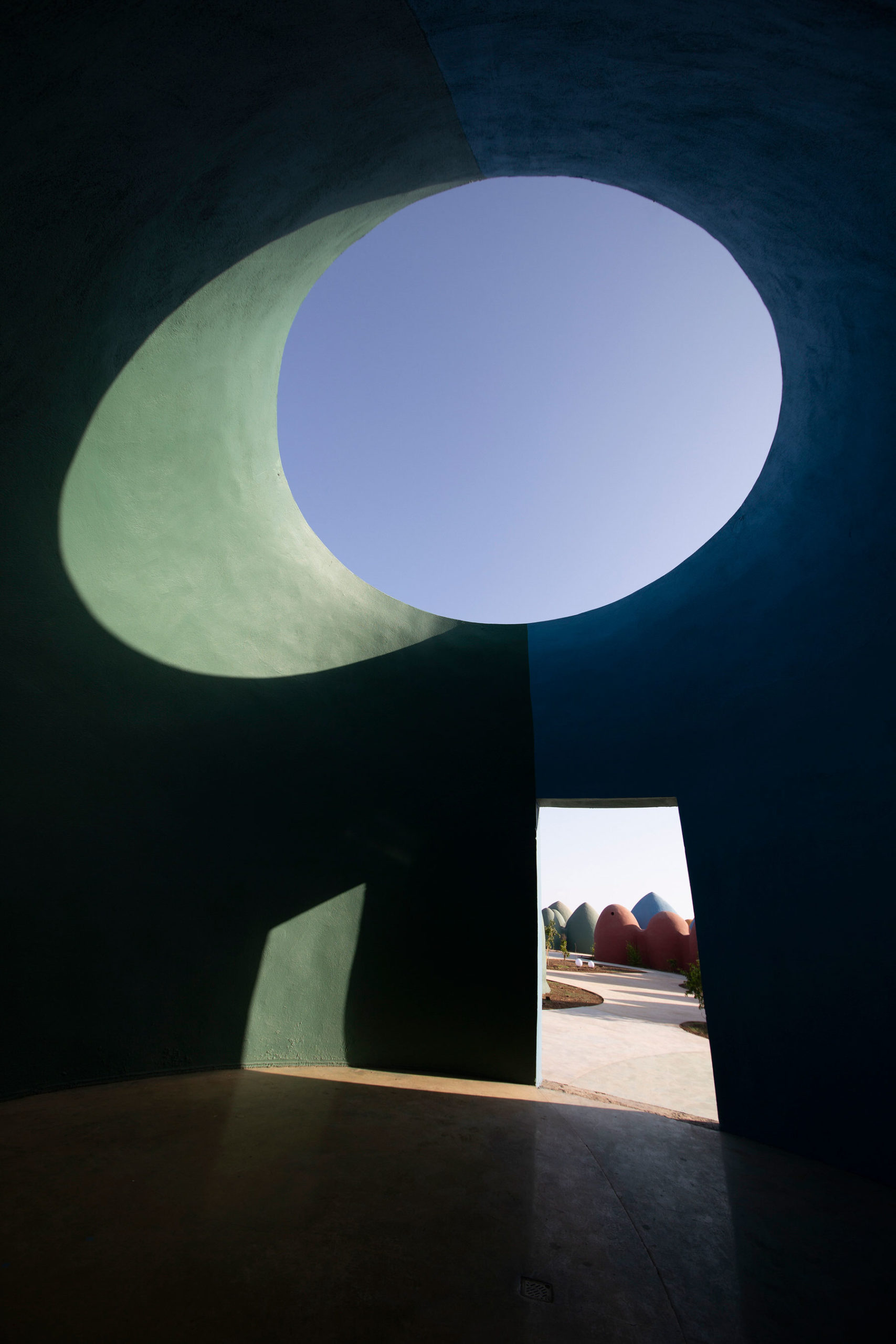 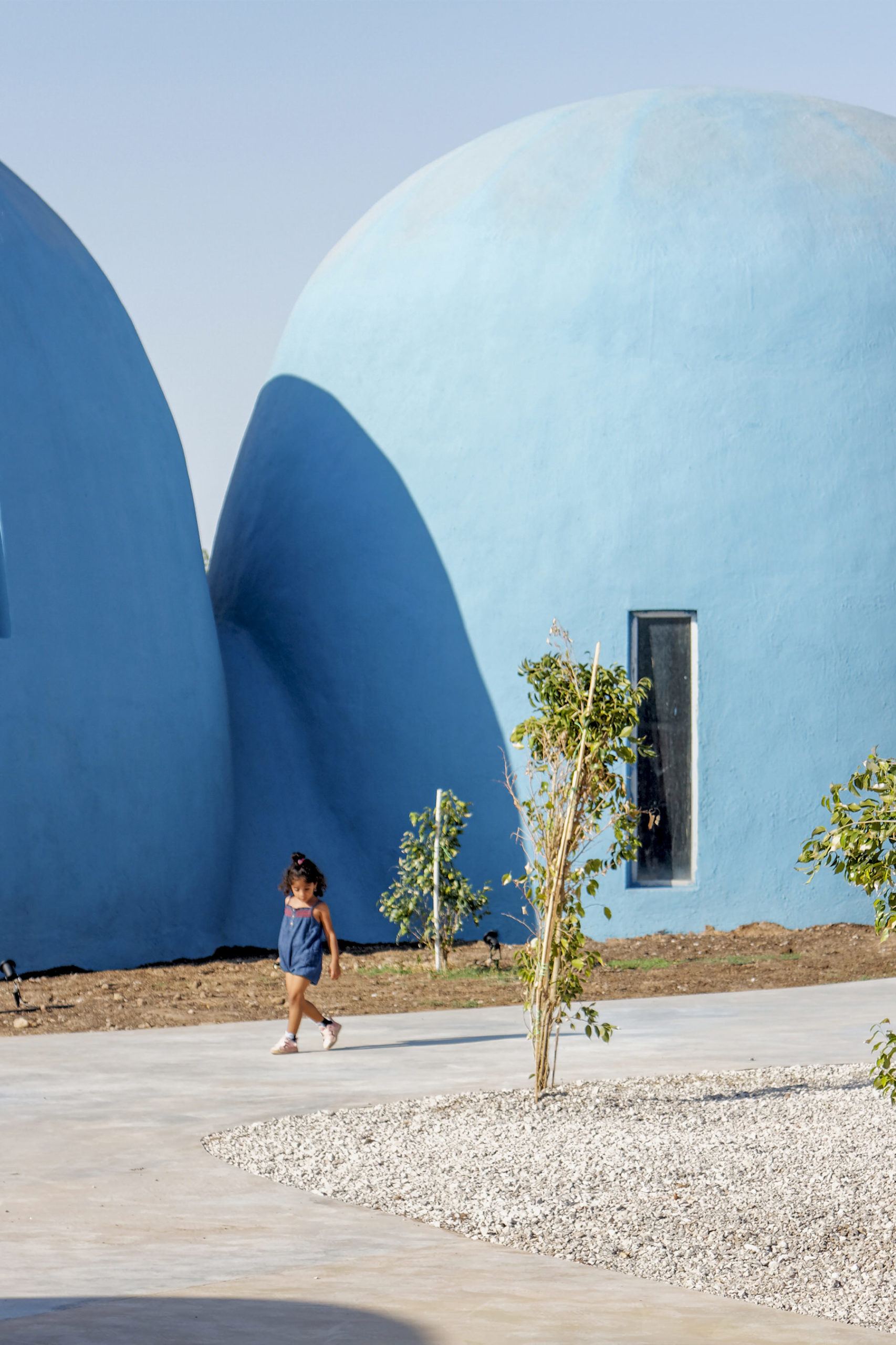 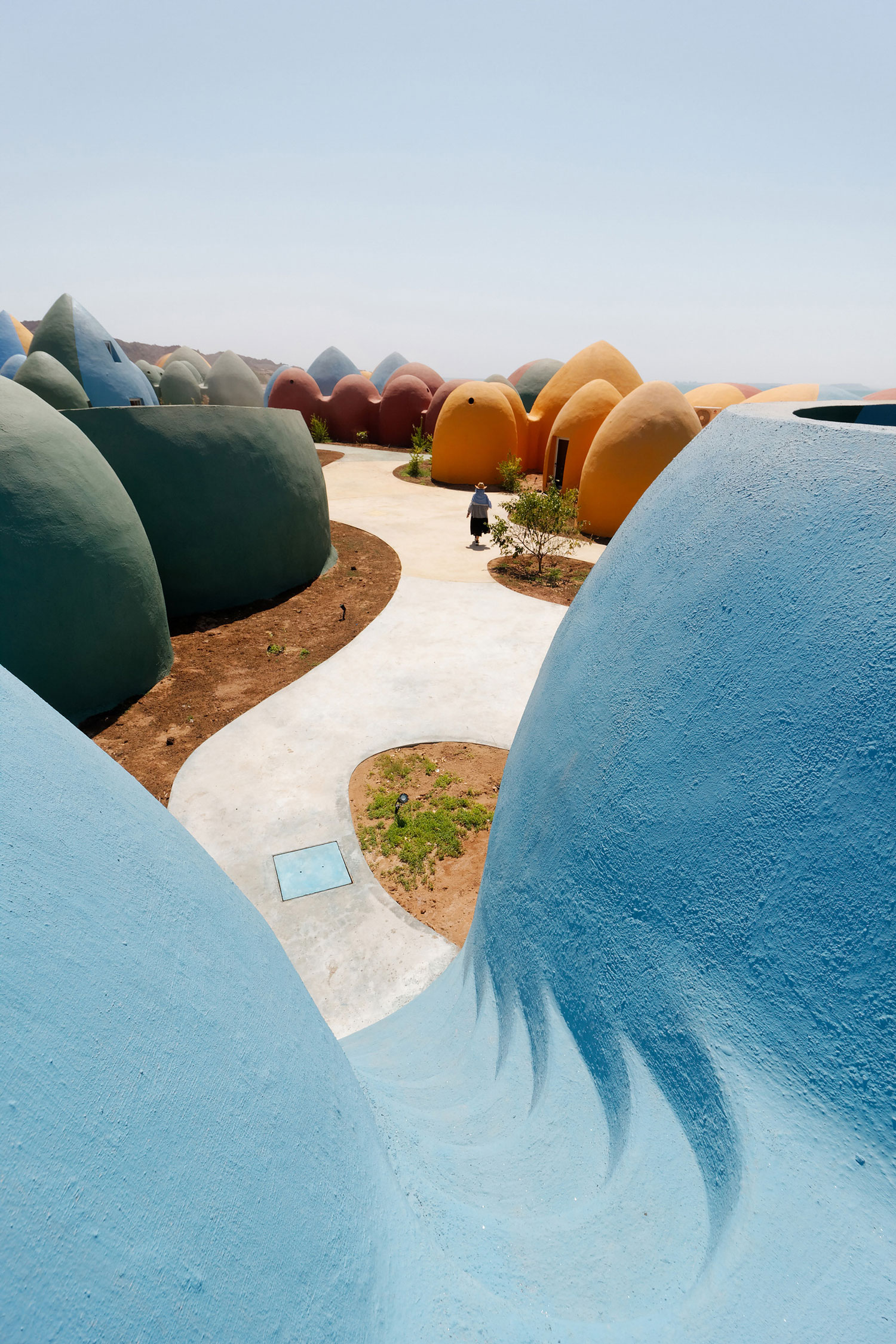 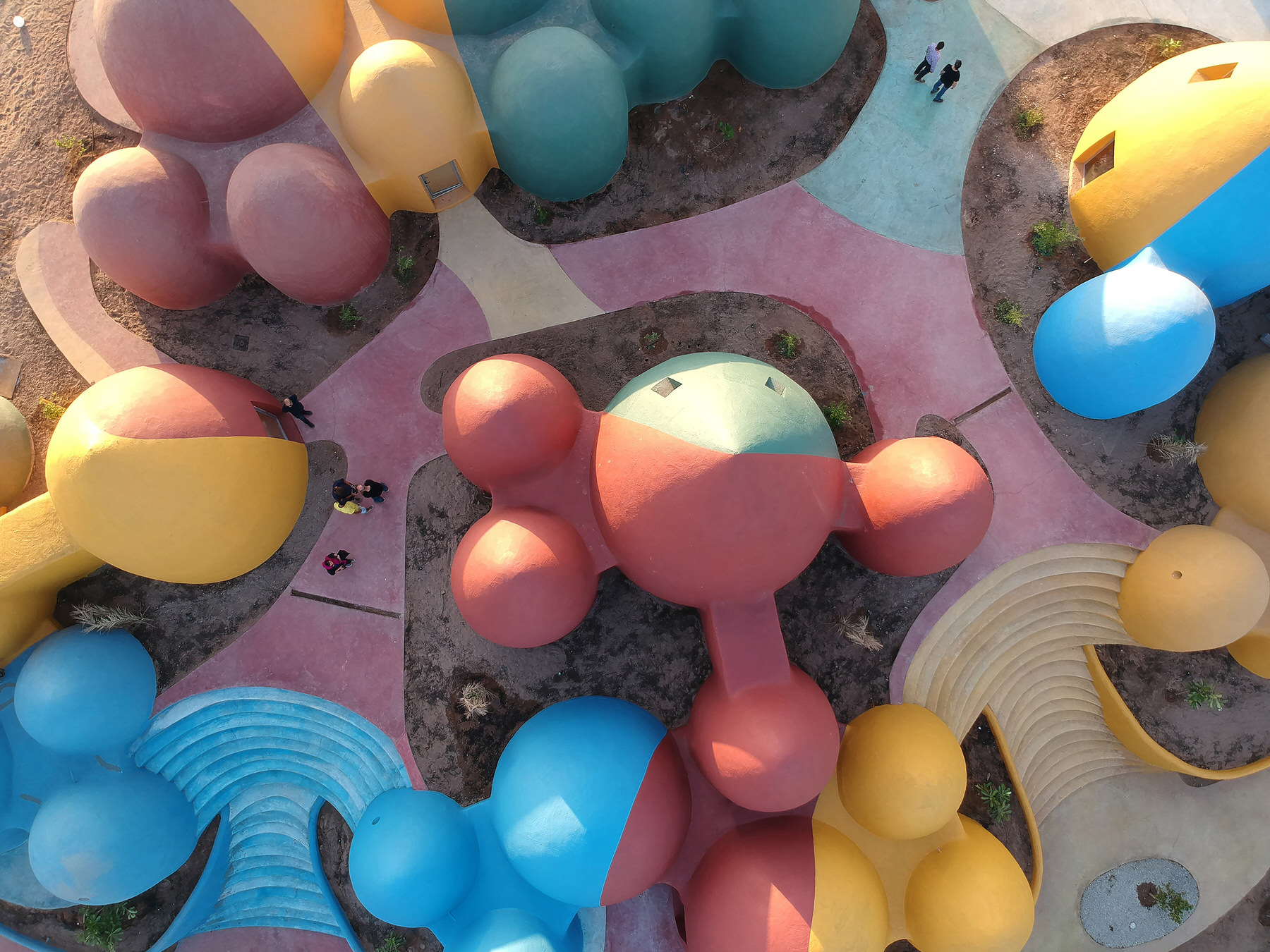 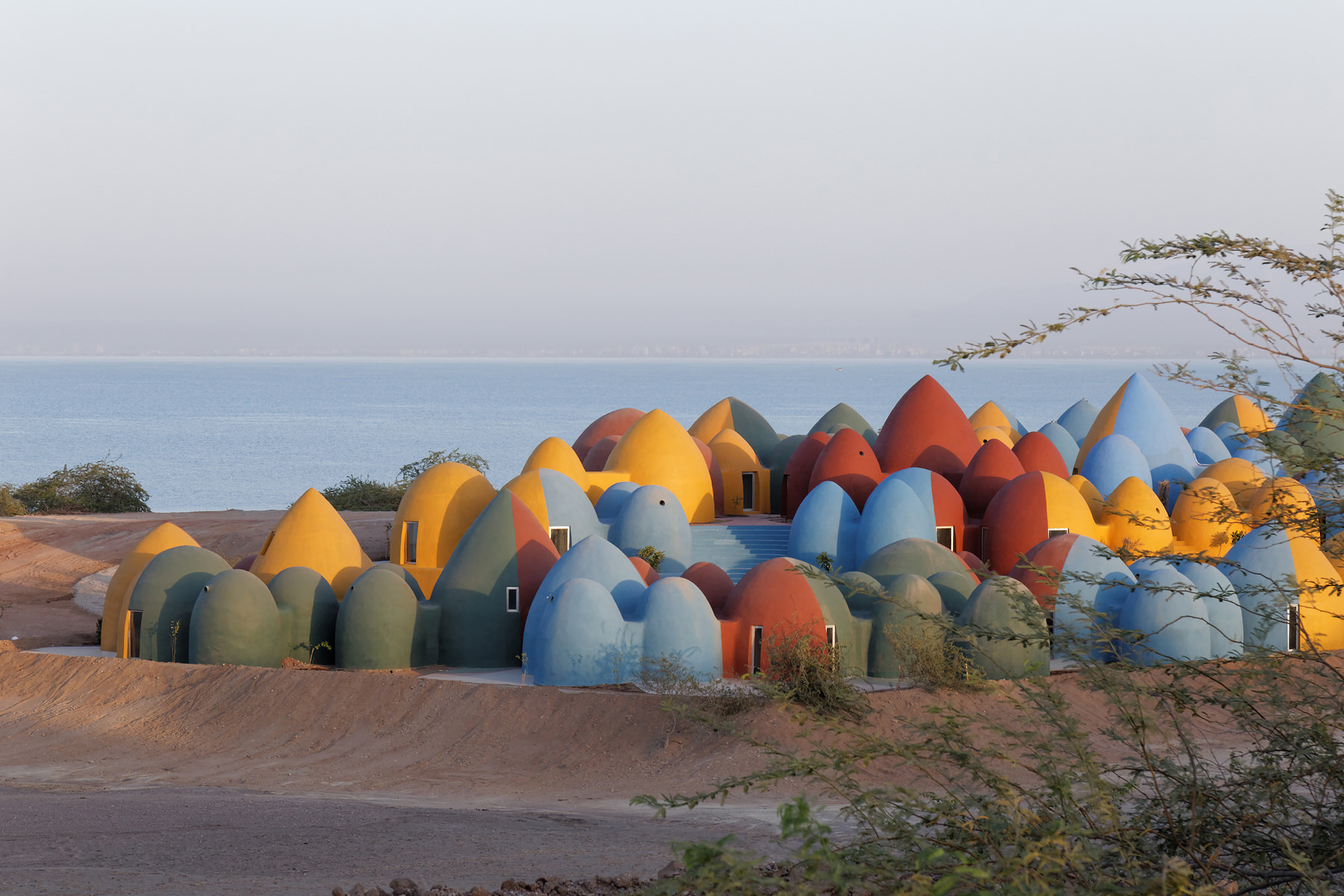 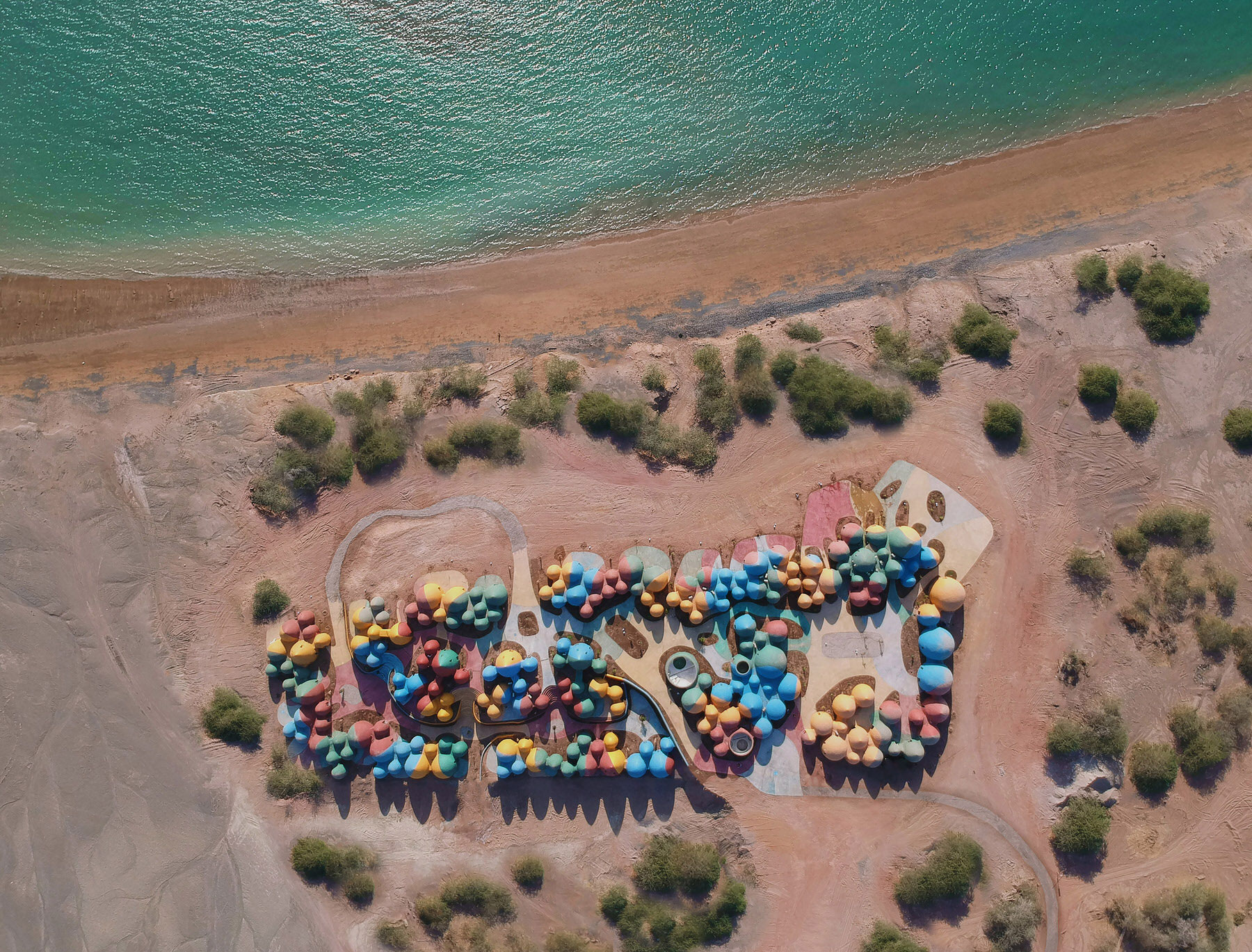 Tehran-based have unveiled their award-winning multipurpose cultural residence, comprising vibrant domes that form part of a broader and initiative on Hormuz Island in .

A formerly glorious historic port in the Persian Gulf, Hormuz Island controls the shipment of petroleum from the Middle East. Unfortunately, the local inhabitants of this beautiful, tourist and politically strategic island struggle economically and get involved in illegal trafficking activities using their boats.

“Presence on Hormuz” is a series of urban developments by a semi-public institution seeks to empower the local island community through architecture. Dubbed “Majara residence” (translating to adventure), this is the second phase of the initiative that ties together the lives of local people and visitors both culturally and economically.

Read on for an edited statement from ZAV architects about this fascinating, thought-provoking project. 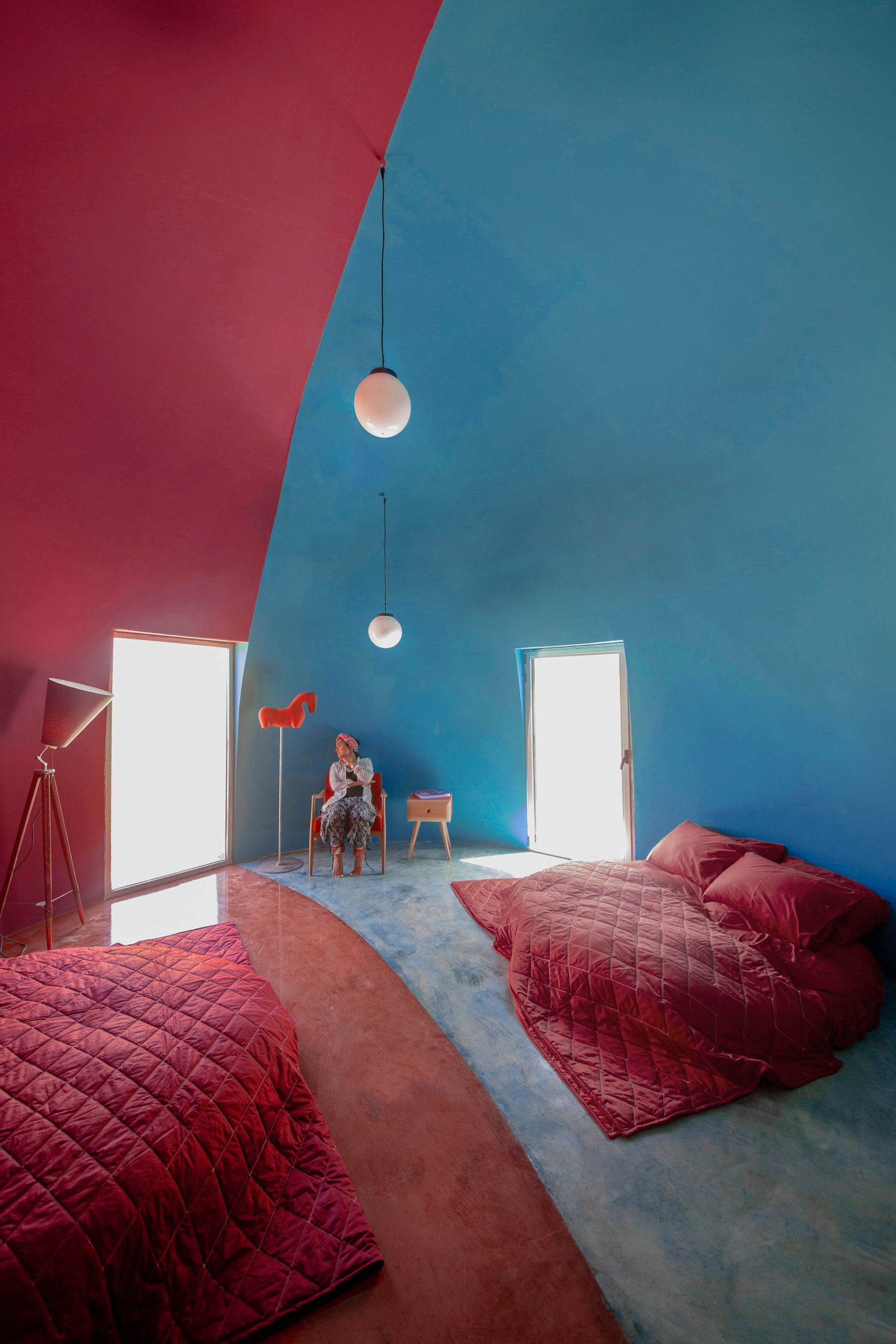 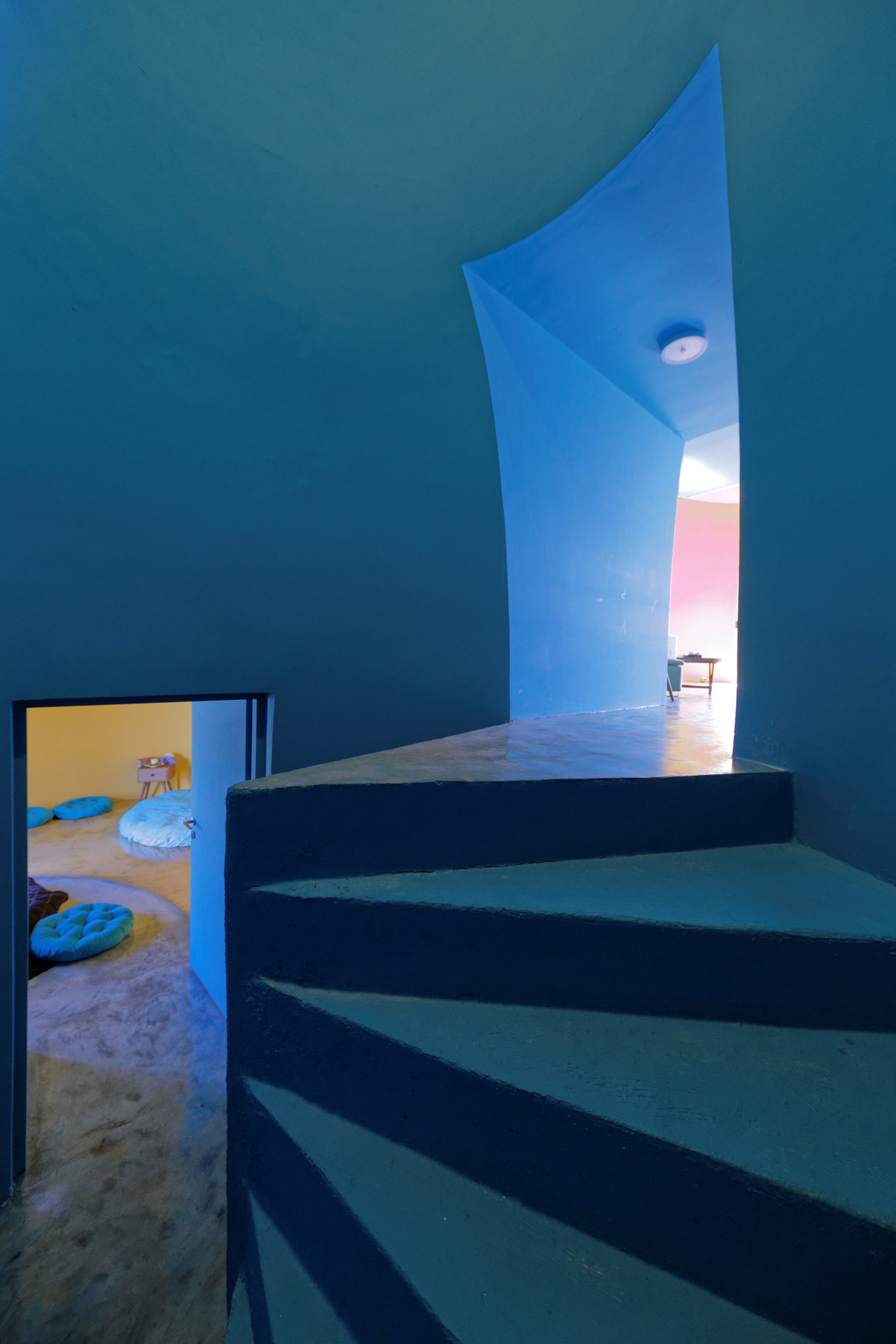 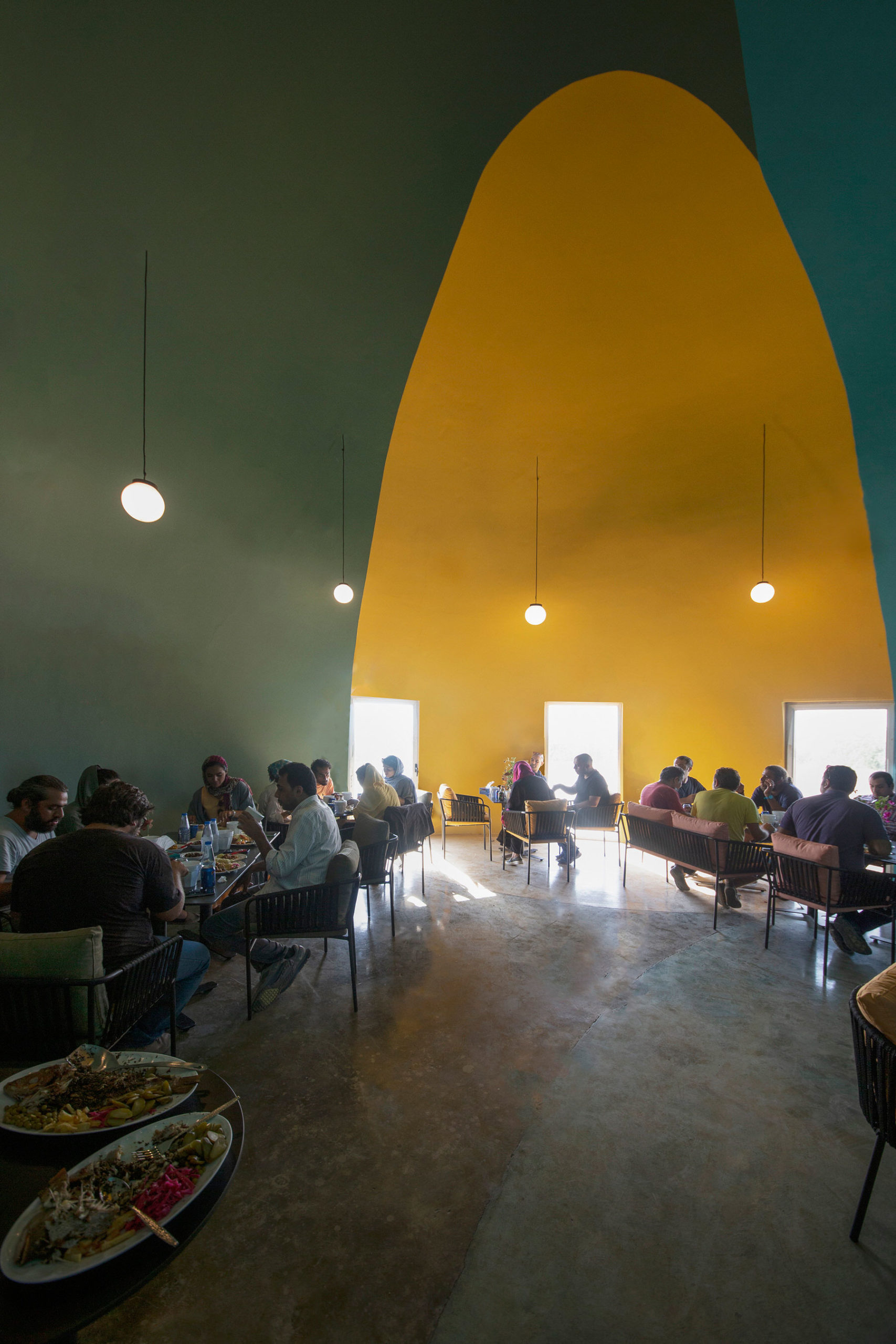 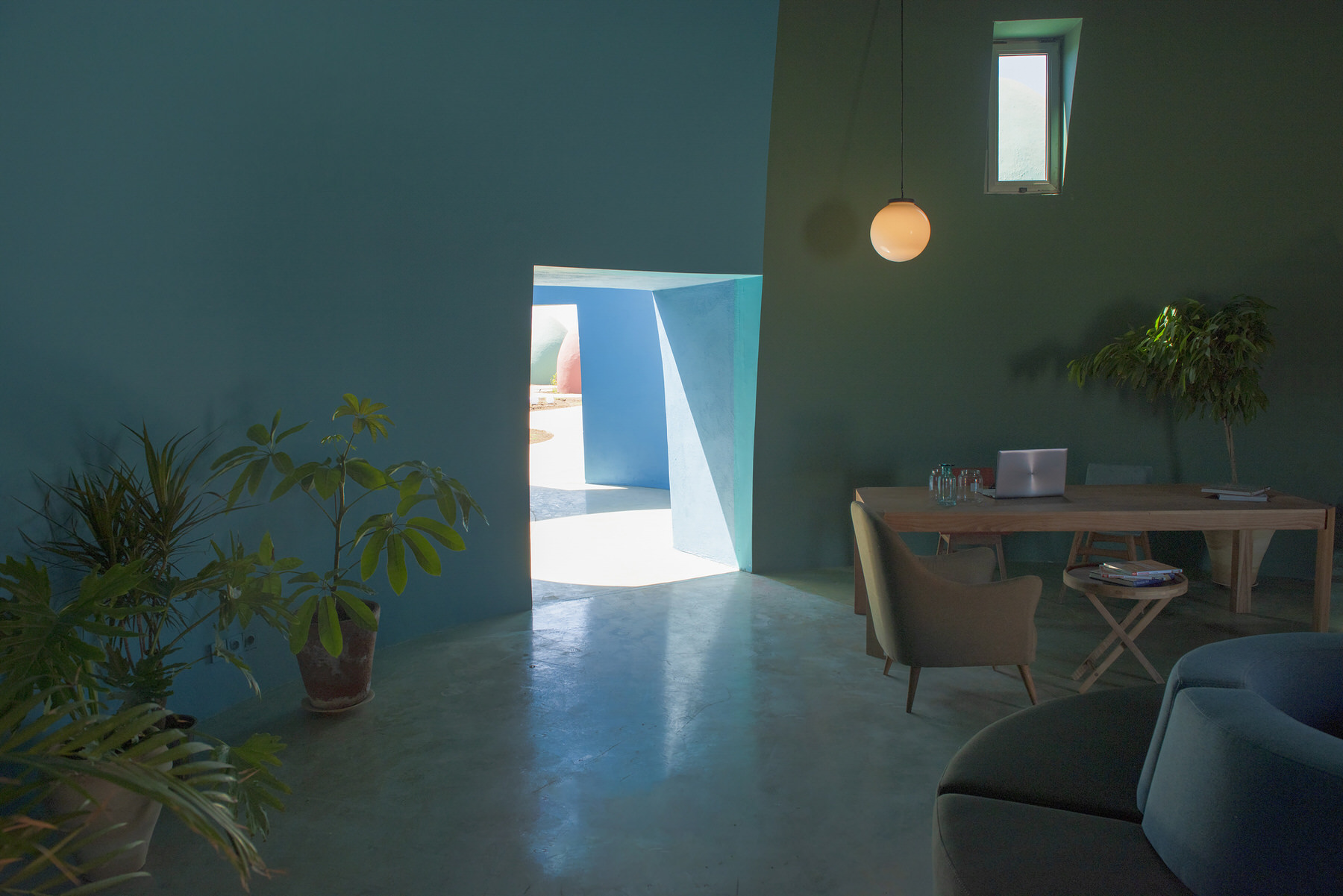 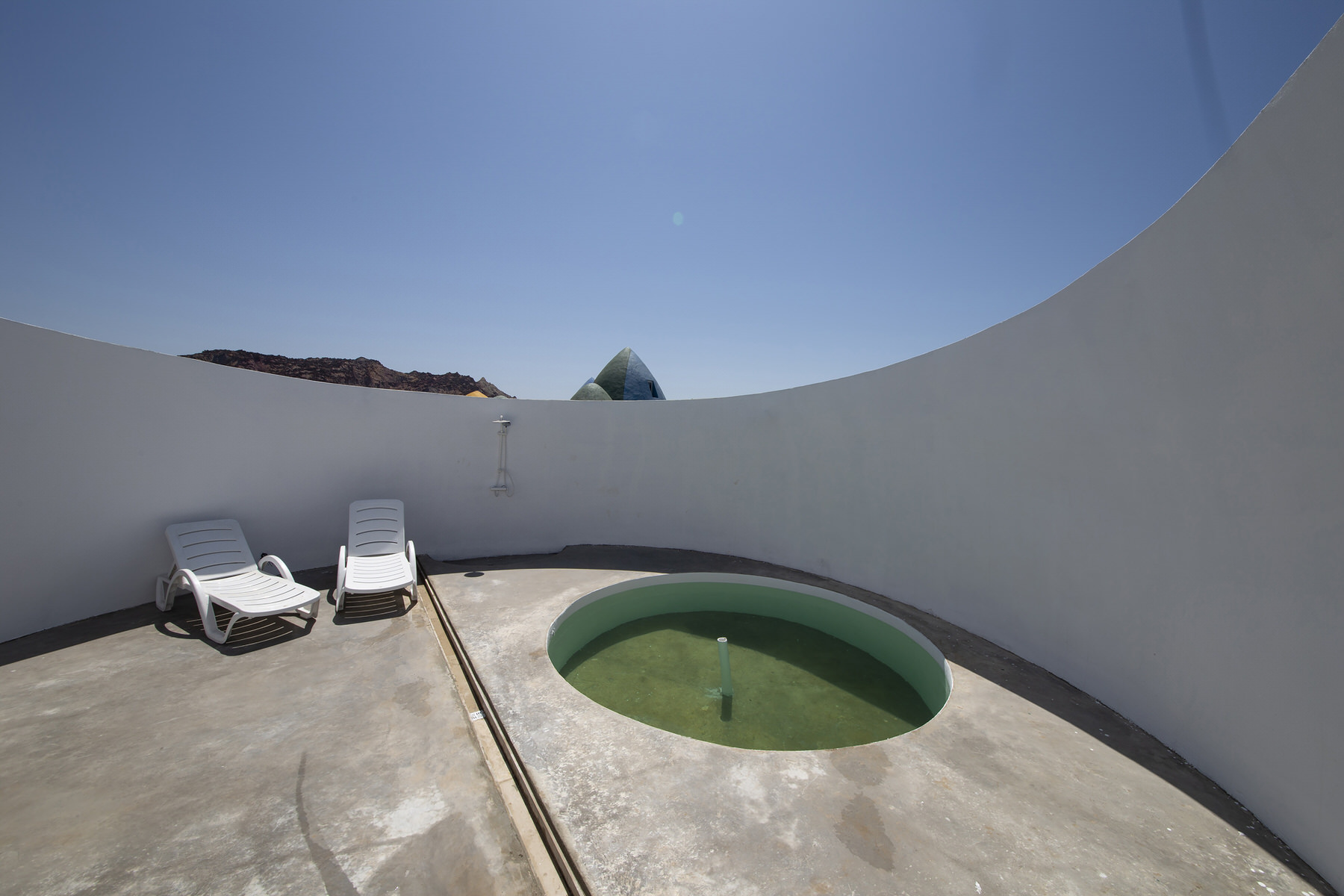 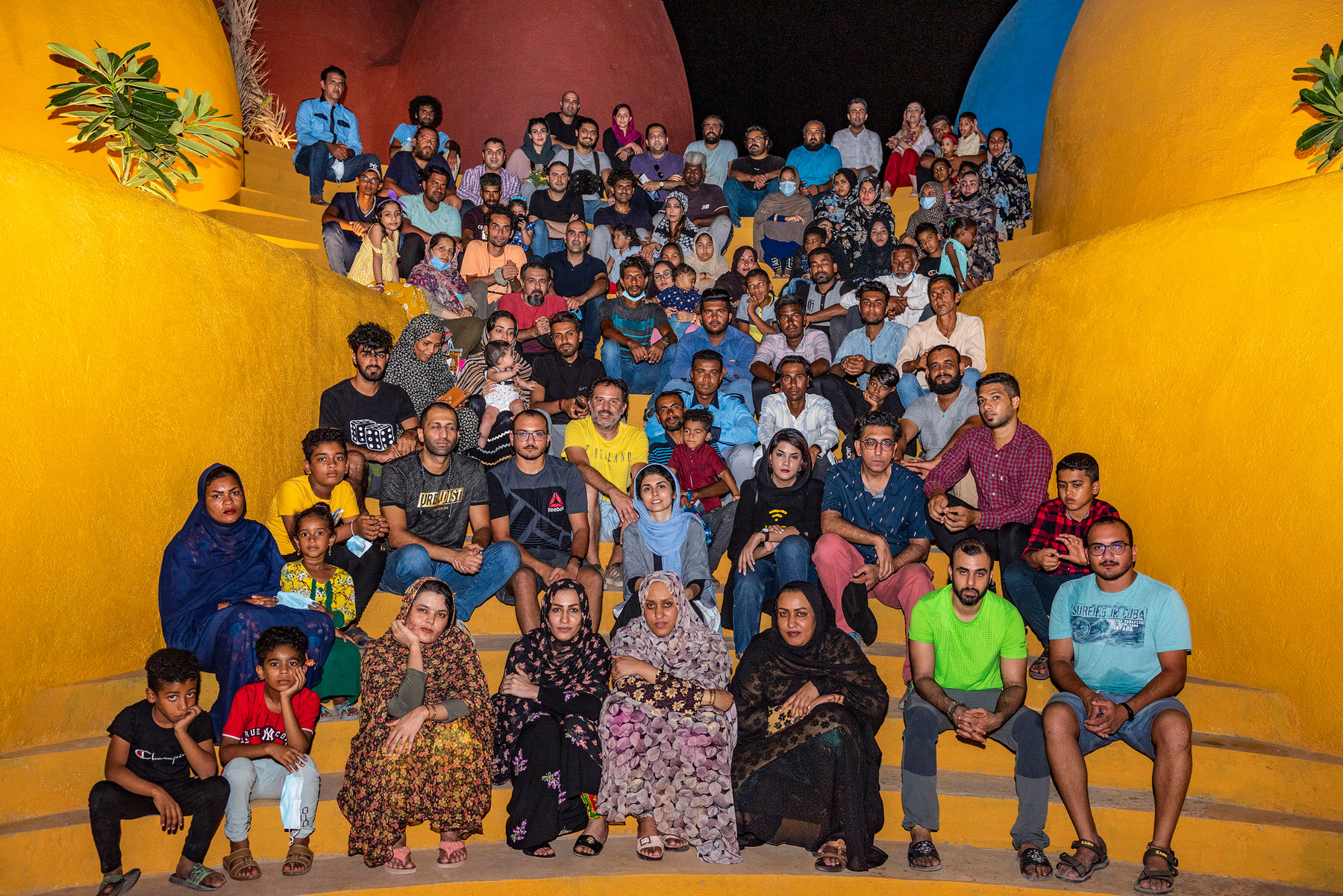 What’s for my benefit, what’s for the benefit of all?

In a country where the state struggles with political disputes outside its borders, every architectural project becomes a proposal for internal governing alternatives, posing basic questions like what are the limits of architecture and how can it suggest a political alternative for communal life? How can it attain social agency?

Architecture has the capacity to be a mediator in the middle ground that converges the interests of different groups, from the state and investors to various classes and groups of people. Majara does so by bringing together the owners of the land from the neighbouring port of Bandar Abbas (who organize an annual landmark event in Hormuz), the investors from the capital city Tehran, and the local people of Hormuz as partners in the project.

Under the economic distress of sanctions, increasing the GDP generates social change, which in this project is achieved in four steps. One – building economically, to the benefit of the client. Two – earmarking a bigger share of the budget to labour costs rather than expensive imported materials. This approach benefits the local population, empowering them by offering training for construction skills. Three – an adaptive and future-proof spatial scenario respond to unscripted usage need, to the benefit of the client and the island. Four – using materials and human resources from Iran, the development reduces construction and transport costs and increase the GDP, to the benefit of the whole country. 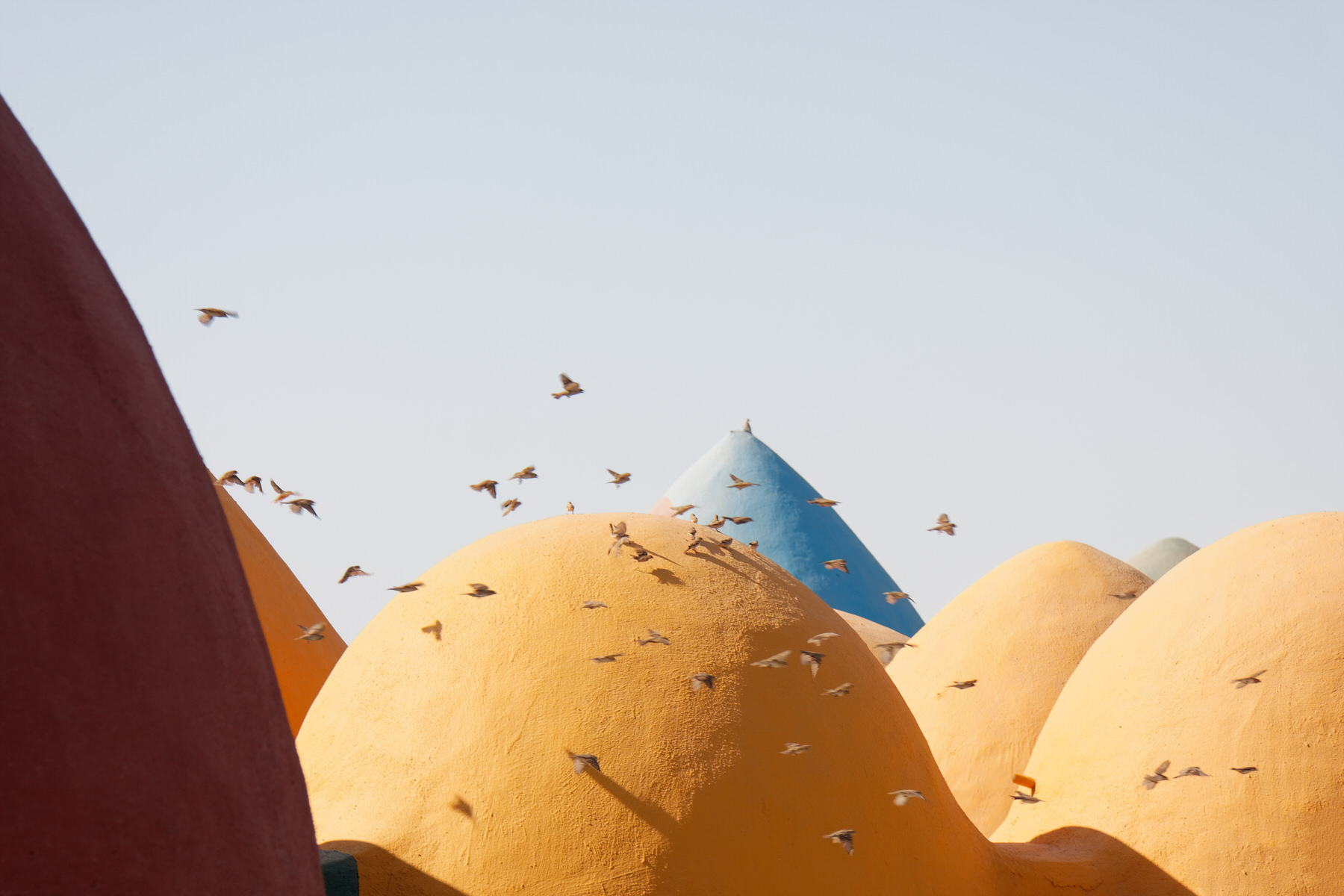 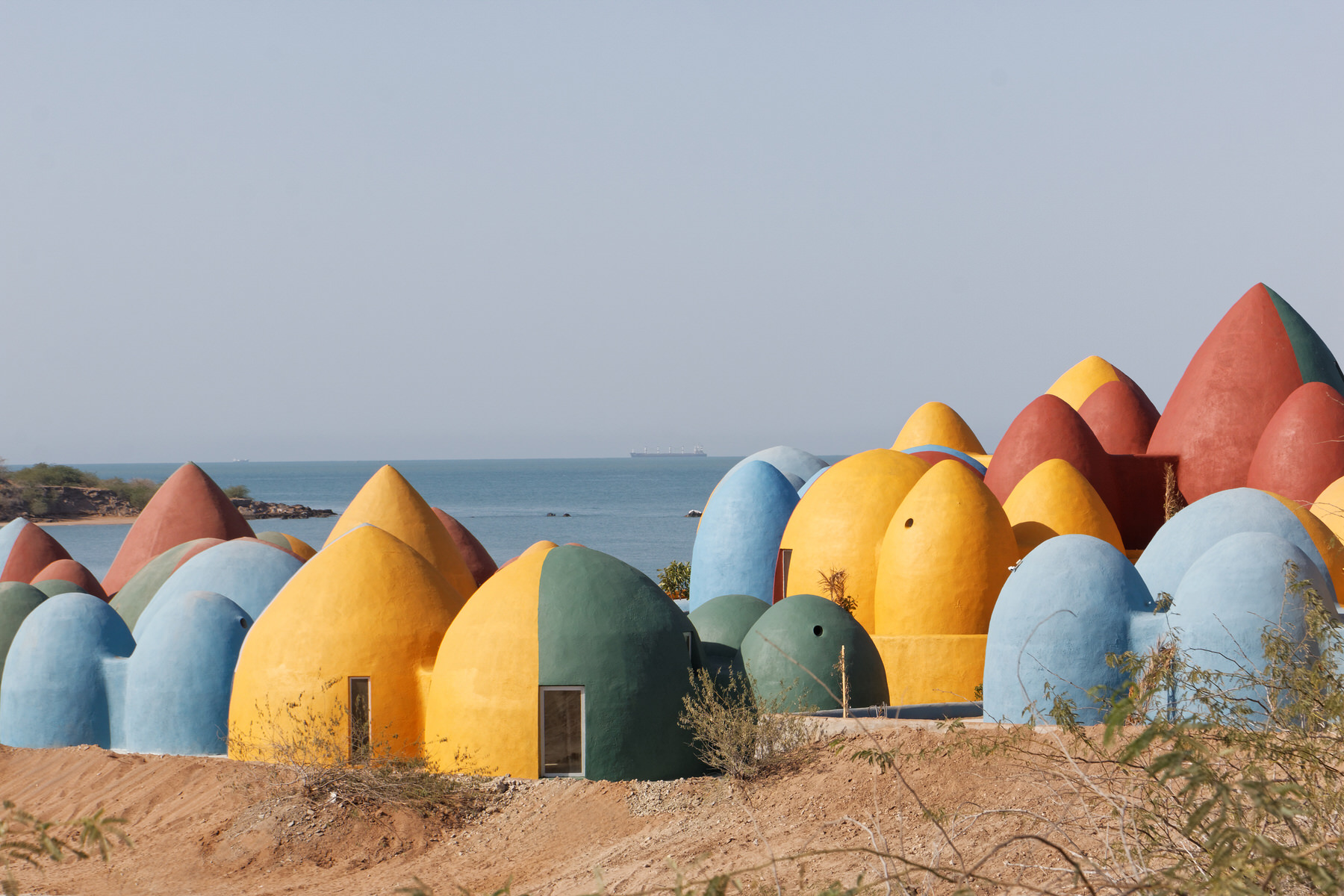 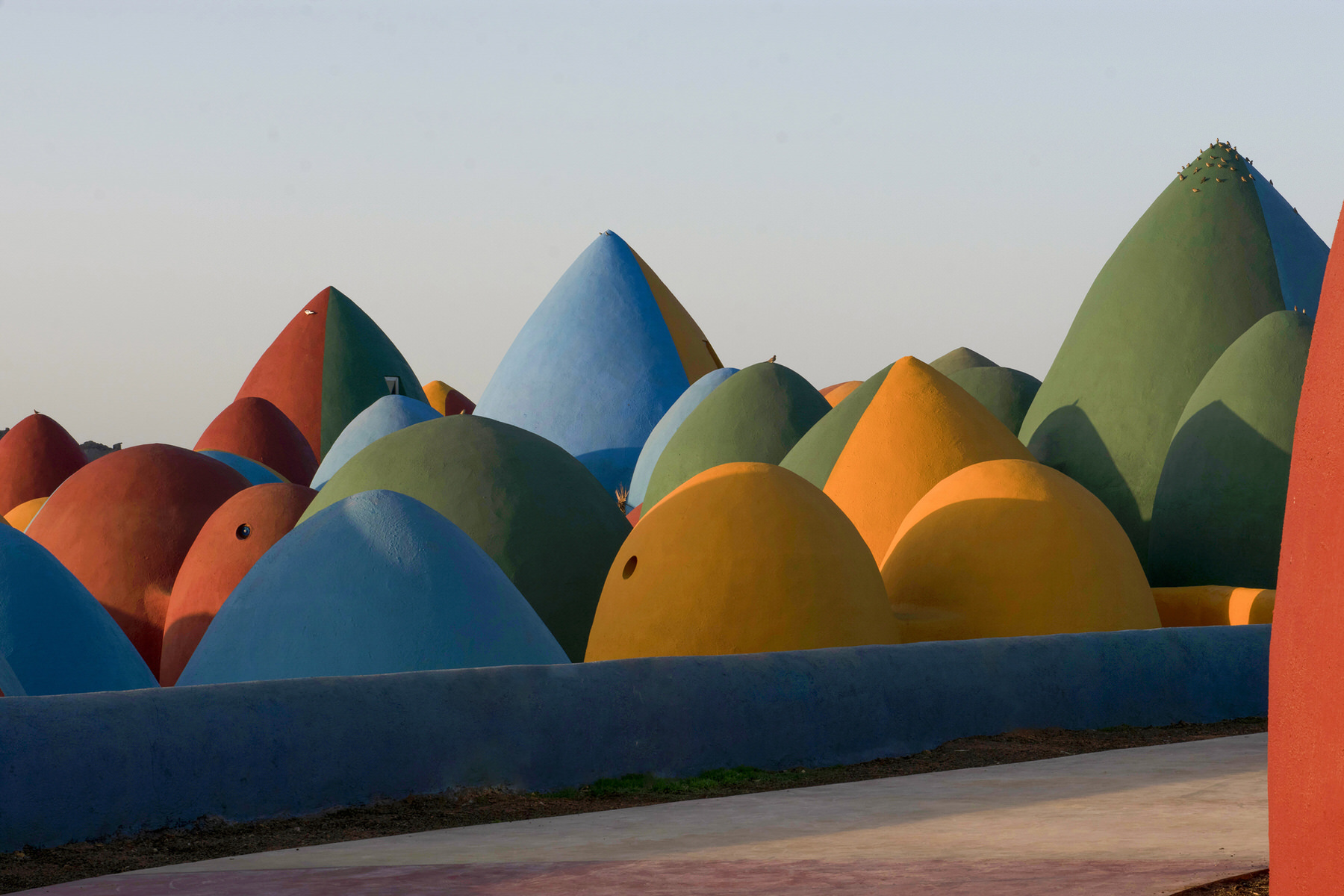 Presence in Hormuz is a continuous process aiming at building trust rather than mere architectural objects, in order to encourage the participation of local people and the inclusion of their interests in any intervention in the island.

The project is a multitude of small-scale domes built with the superadobe technique championed by Iranian architect Nader Khalili (born 1936 in Tehran, died 2008 in Los Angeles), the innovative and simple technique using rammed earth and sand. Domes are familiar structures in the region. Their small scale makes them compatible with the building capabilities of local craftsmen and unskilled workers, which have been prepared for this project with previous smaller developments. Today these workers are trained master superadobe masons, as if Nader Khalili multiplied exponentially.

The infinite number of colourful particles, be they soil, sand, gravel or stone, pile up and form the rainbow topography of Hormuz Island. In this project, a “carpet” is woven with granular knots inspired by the particles that make up the ecotone of the island. The sandbags that create the spatial particles (aka domes) are filled with the dredging sand of the Hormuz dock, as if the earth has swollen to produce space for accommodation.