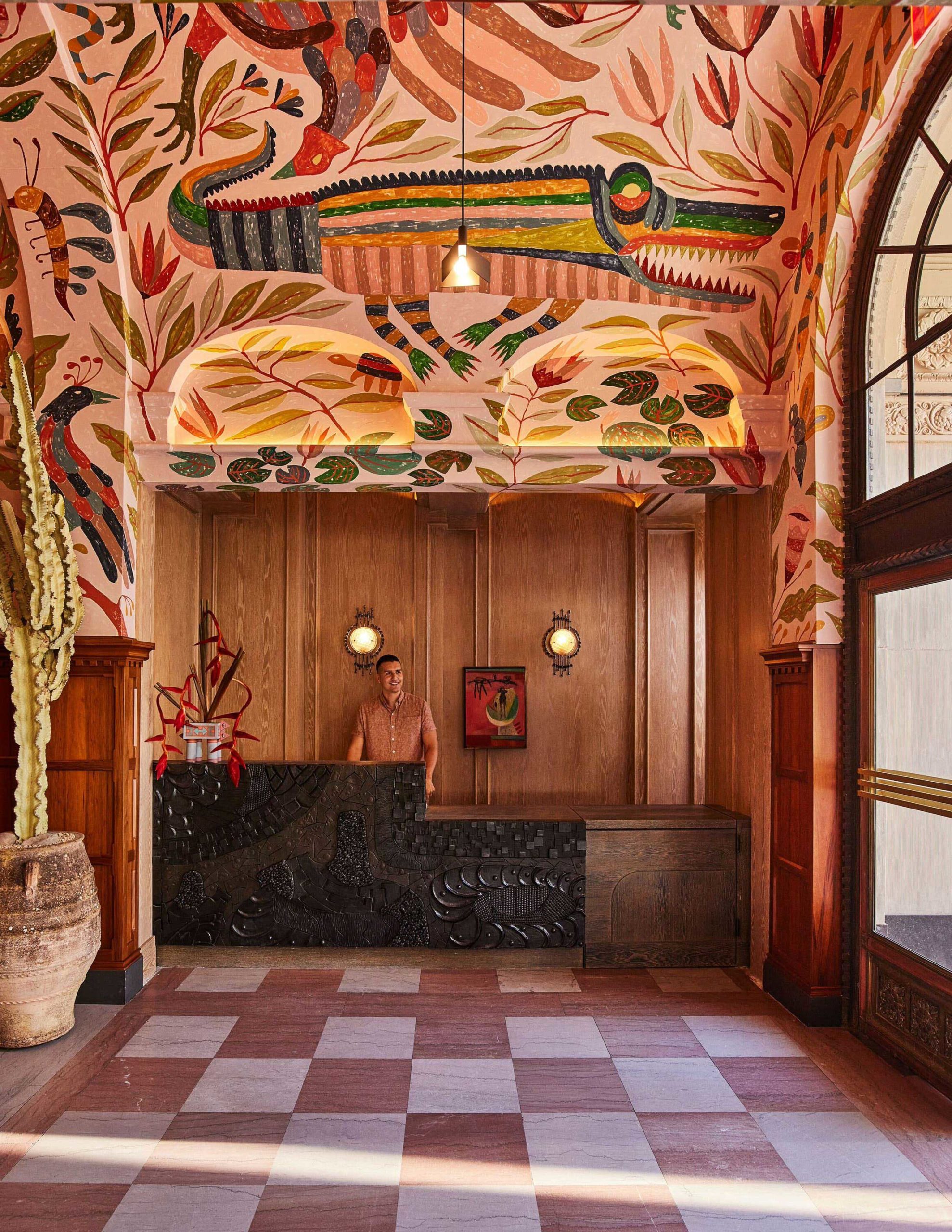 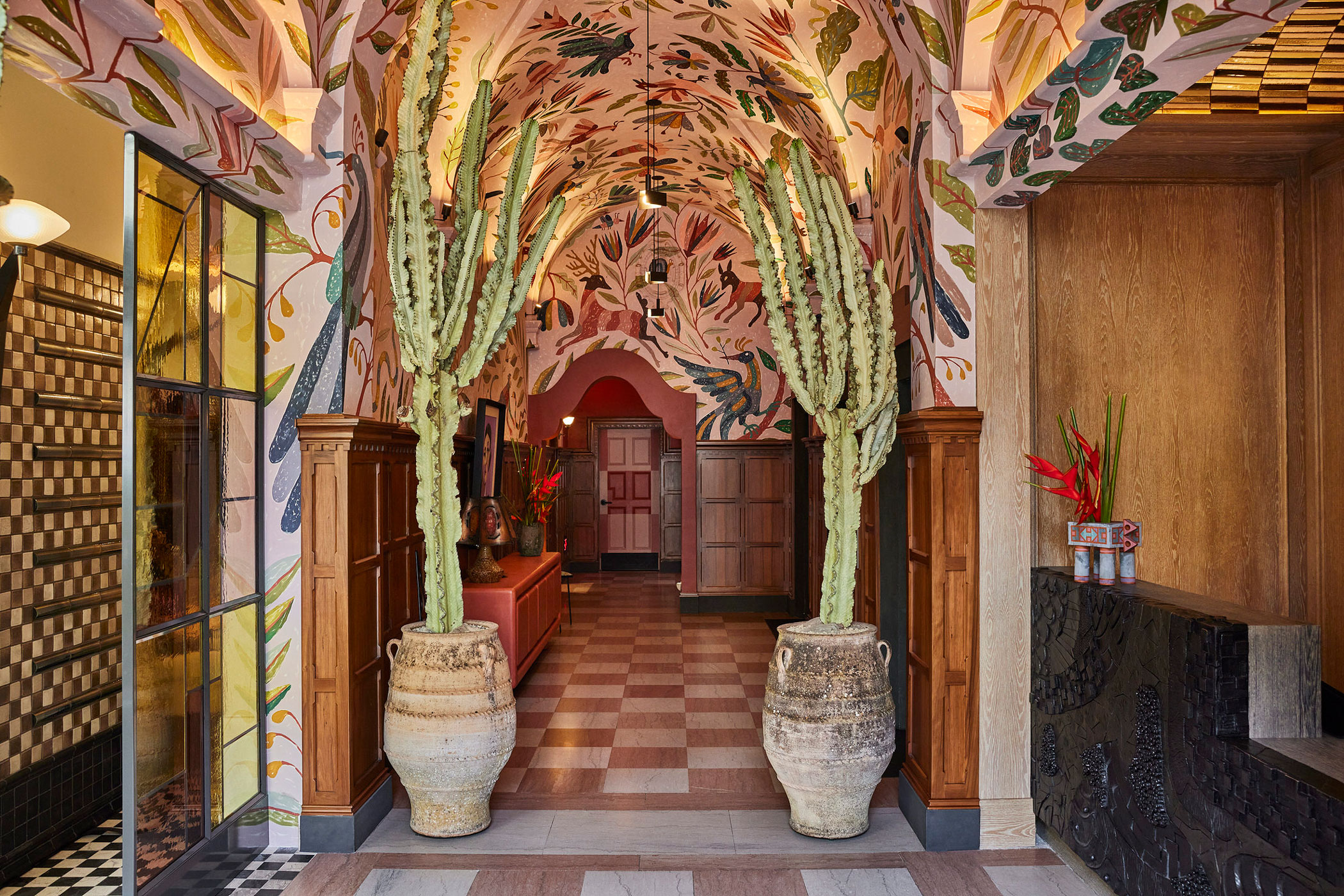 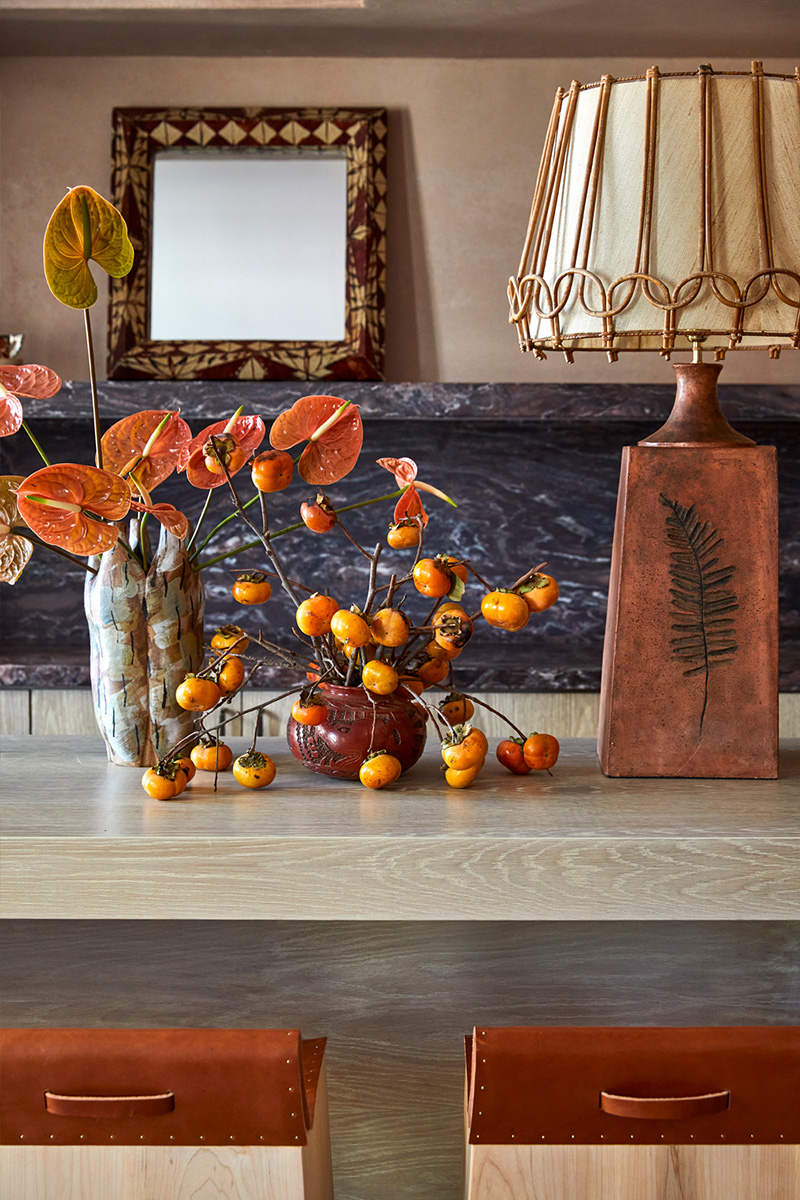 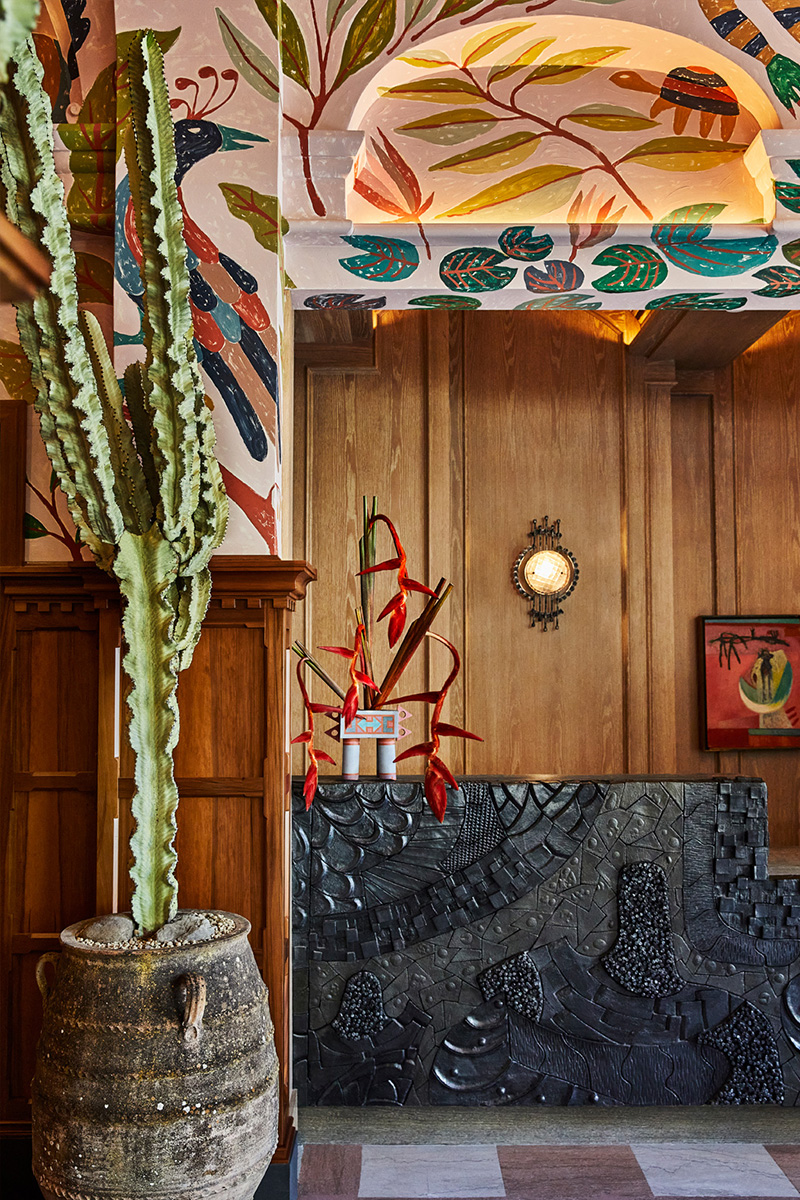 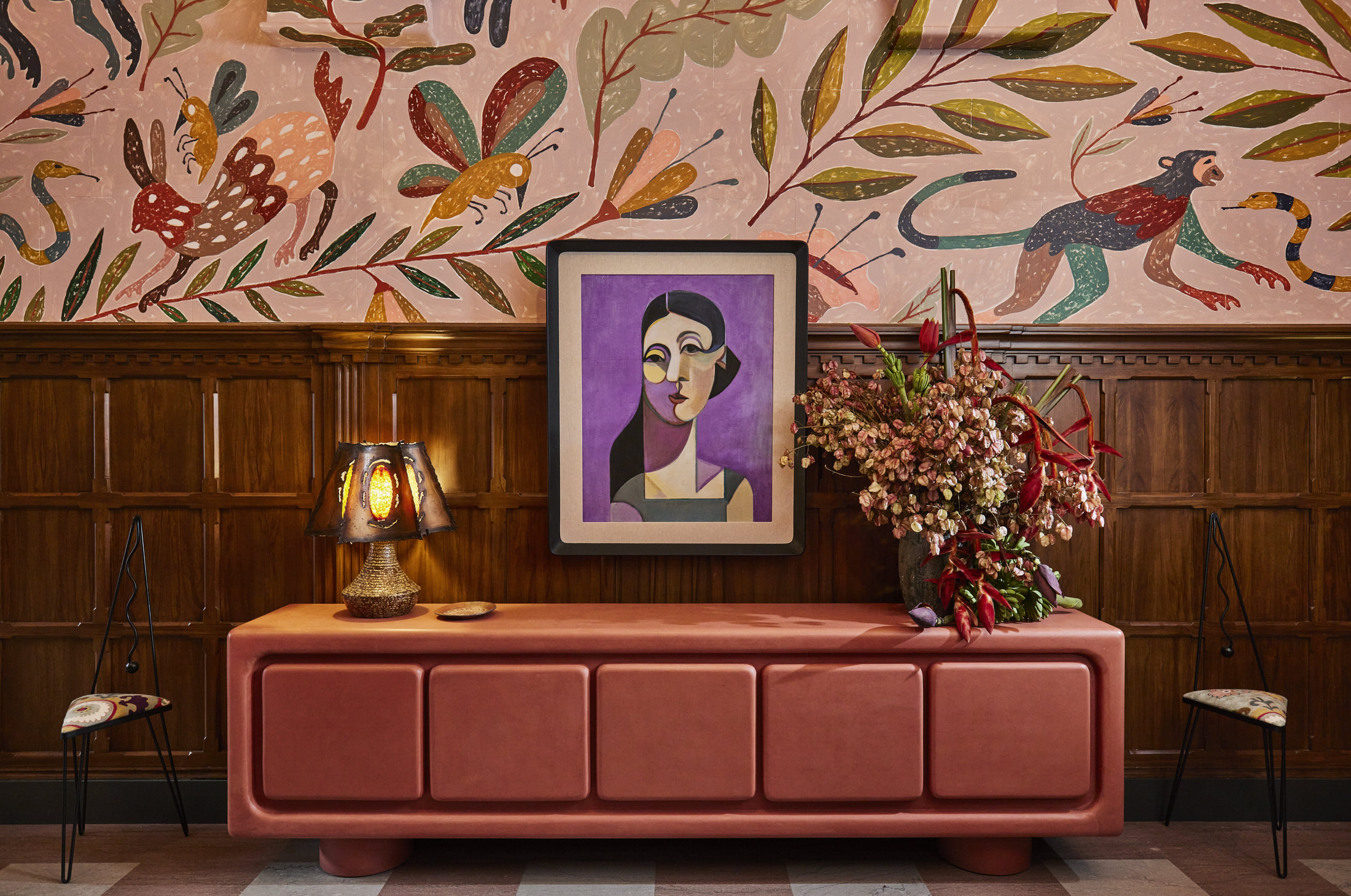 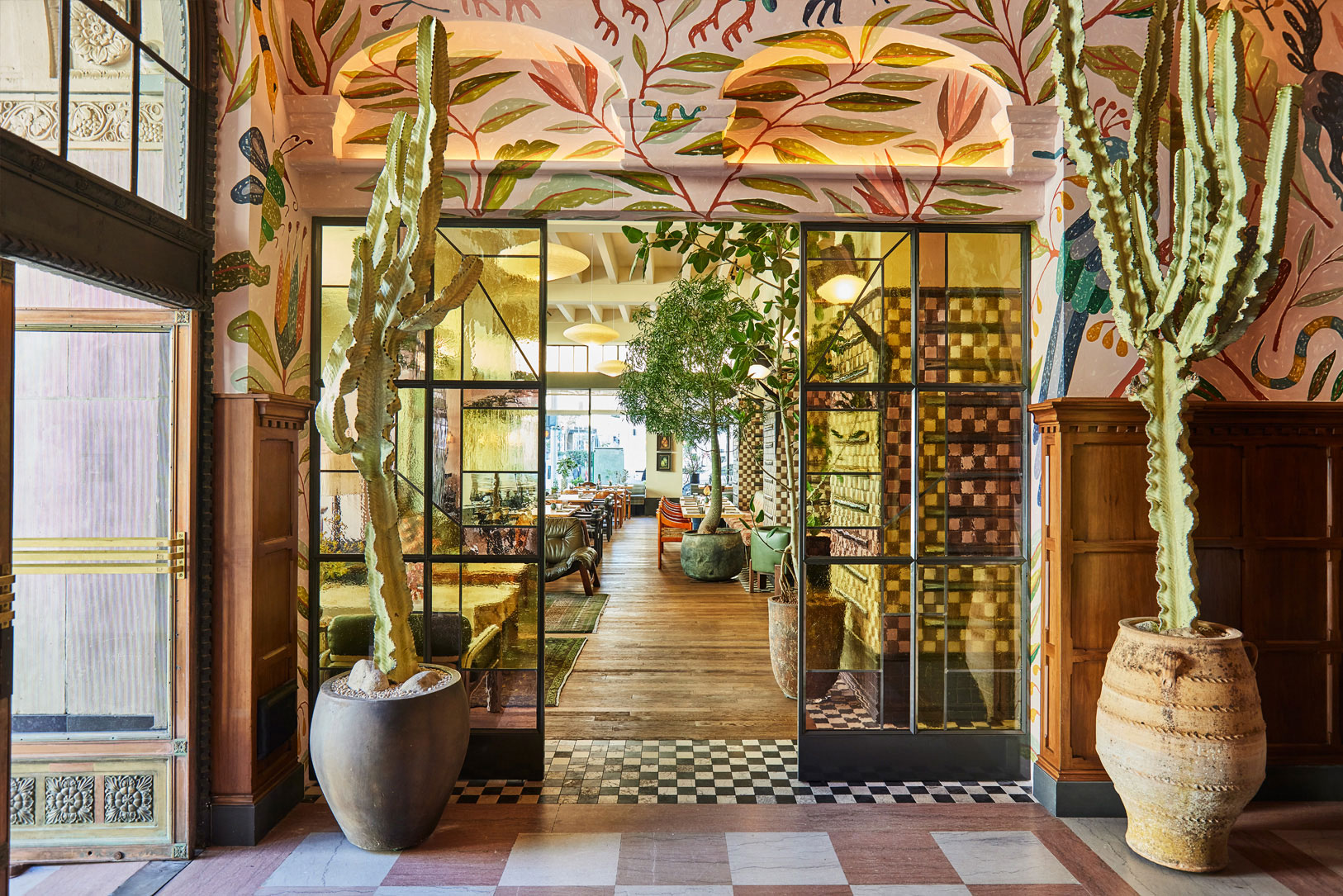 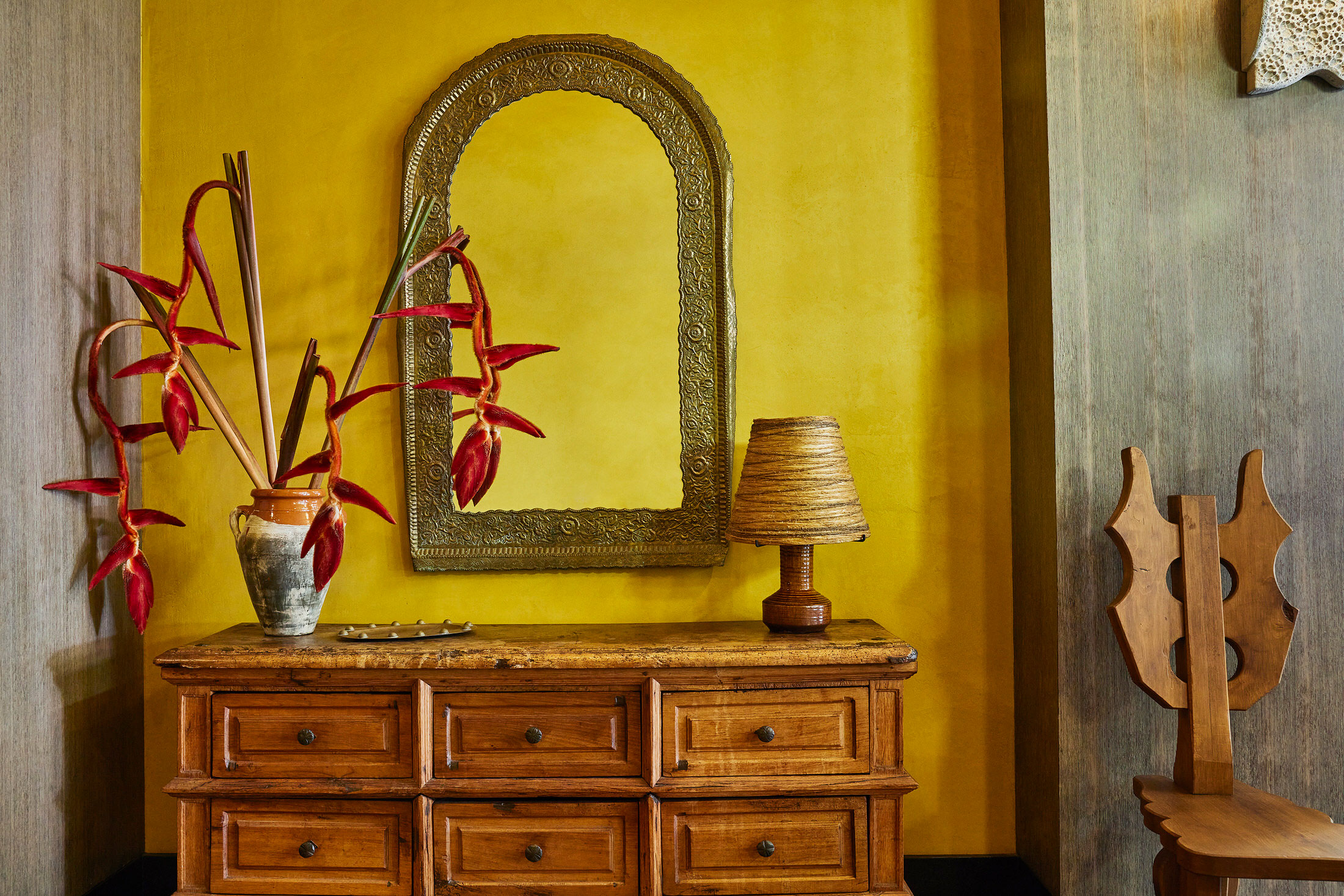 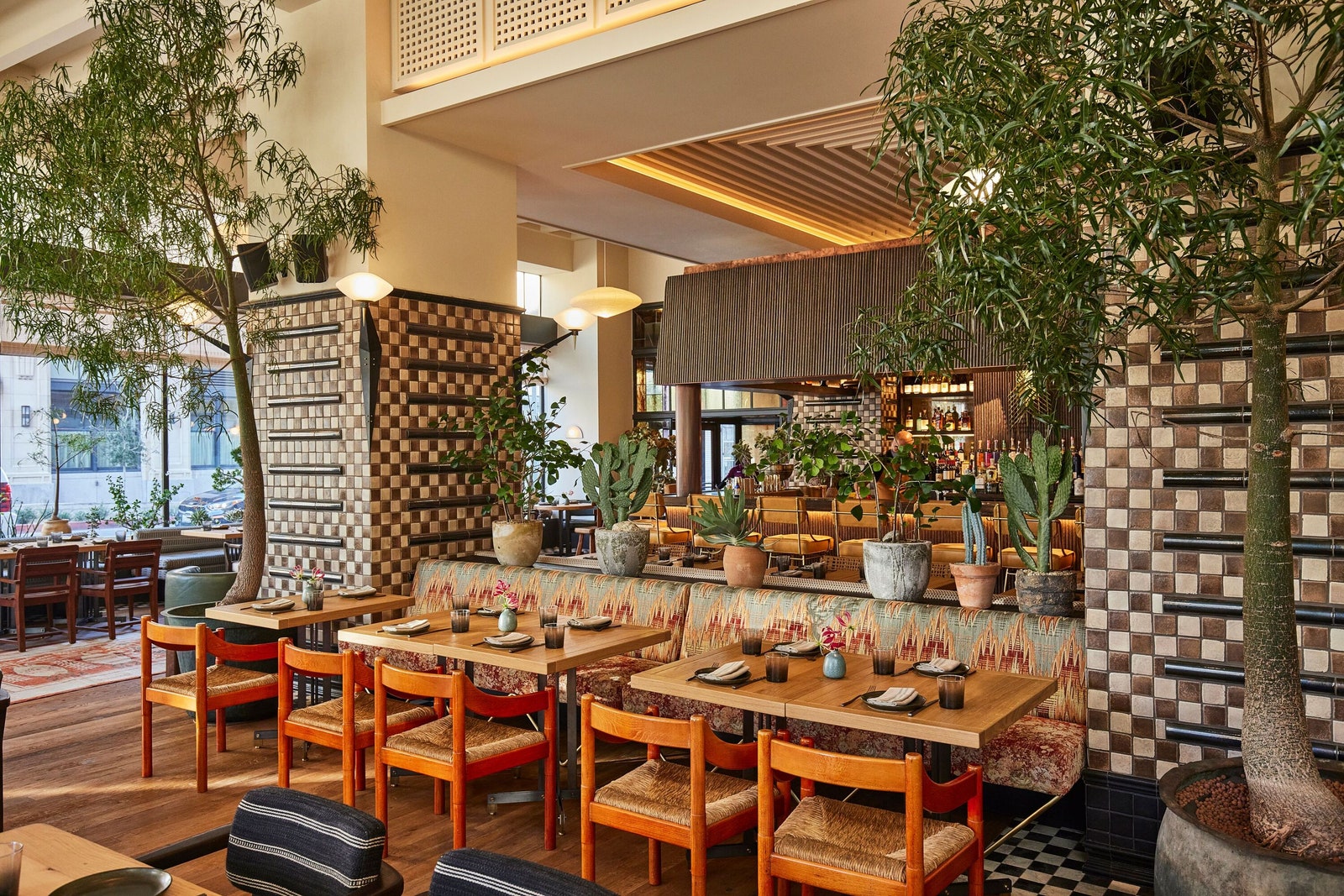 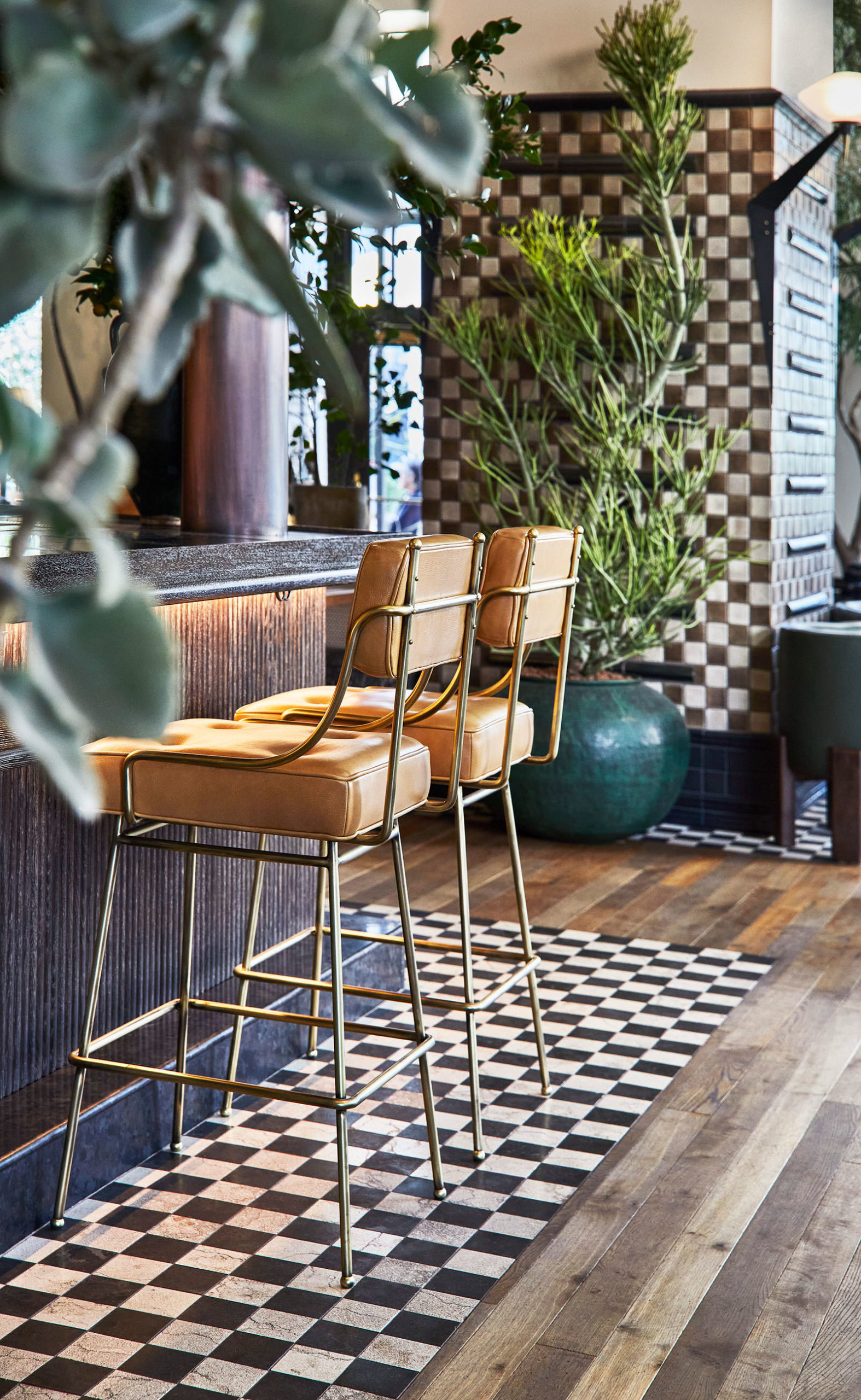 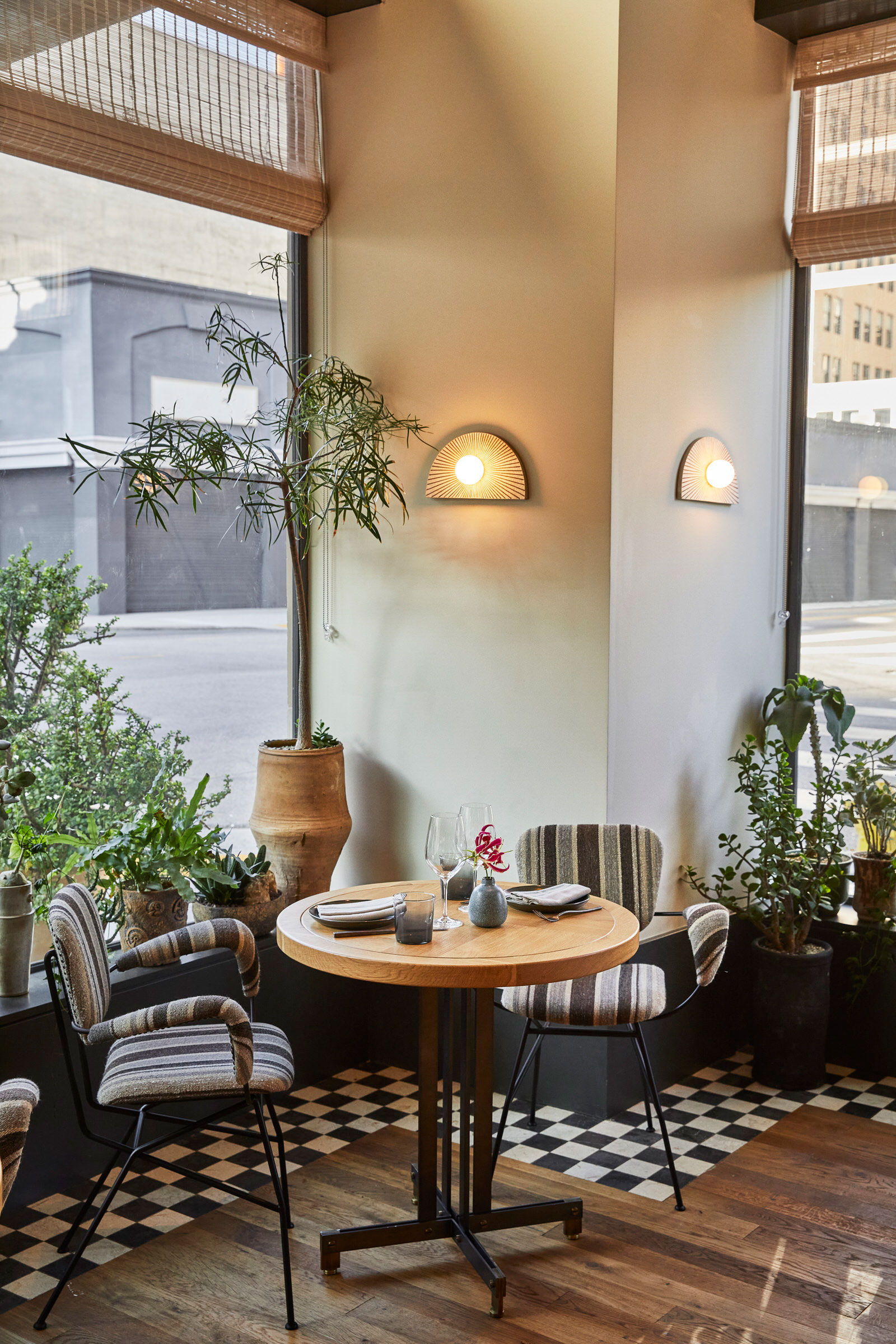 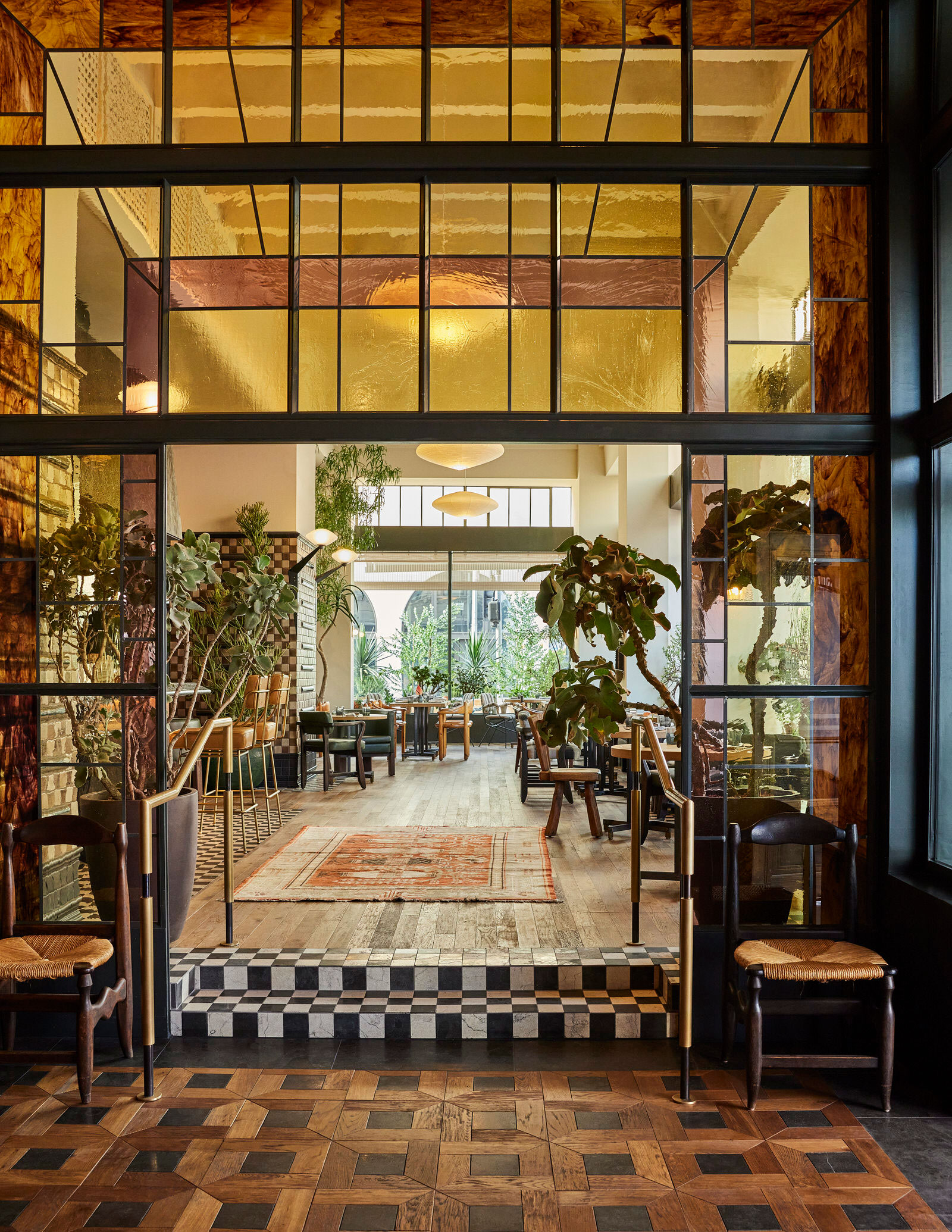 The corner of 11th and Broadway is a glittering pastiche of fashion boutiques, sports complexes and architecture. So the fact that the Downtown LA Proper Hotel still manages to take pride of place here, is a bit of a minor miracle. Or not. After all, with design maven at the helm, the 148-room destination hotel’s pizzazz hardly comes as a surprise. Still, the American designer has done justice to the building’s colourful legacy—from its state-of-the-art private club in the 1920s to a YWCA in the 1960s, to its latest avatar as a Proper property, the hallmarks of the 1920s California Renaissance Revival landmark are a hat-tip to its architects, Curlett & Beelman.

The interior is a meeting ground of influences—of tradition and technology, of whites and warm colour. Of over a hundred different kinds of , from hand-painted to to custom-commissioned and fabricated. The palette is warm, an intimate melange of mauve and charcoal that manages to quiet the lofty double-height ceilings. A backdrop of Spanish, Portuguese, Mexican and Moroccan design parlays into vintage furniture and rugs, and site-specific and stained glass installations by and ceramicist . But there’s more to do here than stop and stare—get your sweat on at the vintage basketball court or take a swim in the indoor swimming pool, while admiring the overarching ceramic mural by local artist (of course). 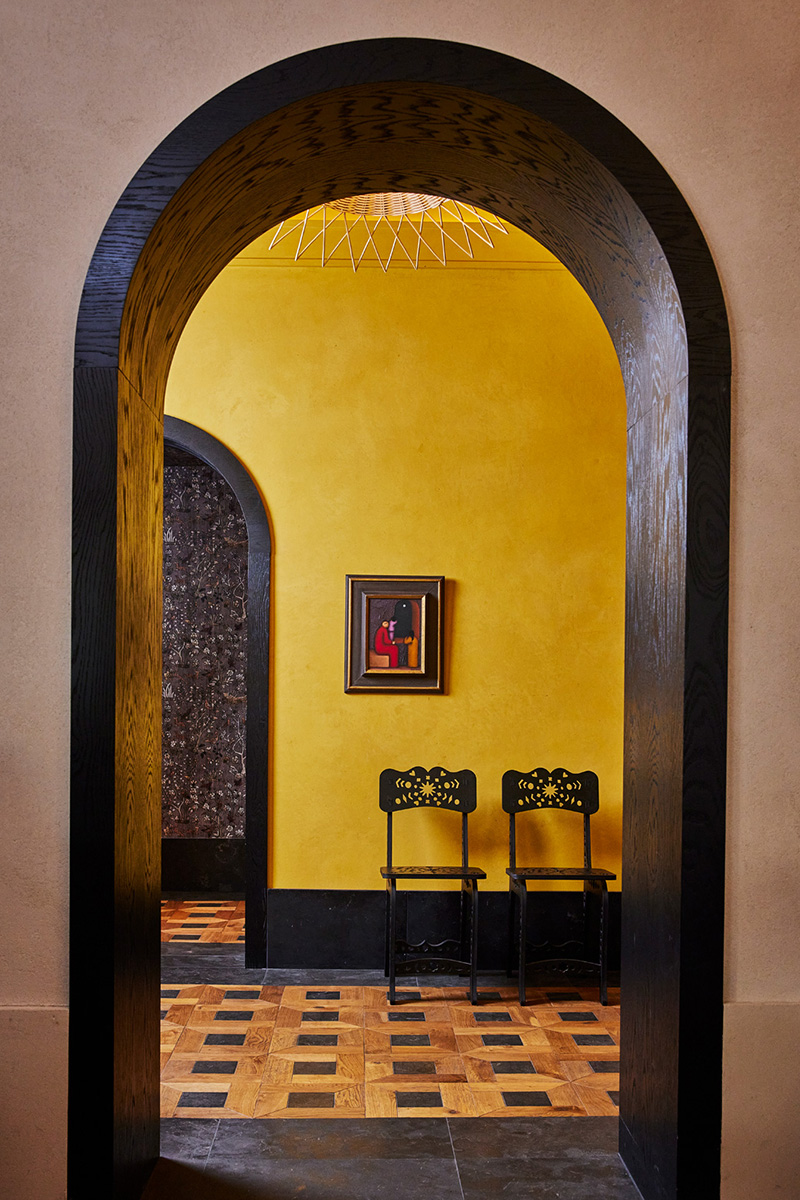 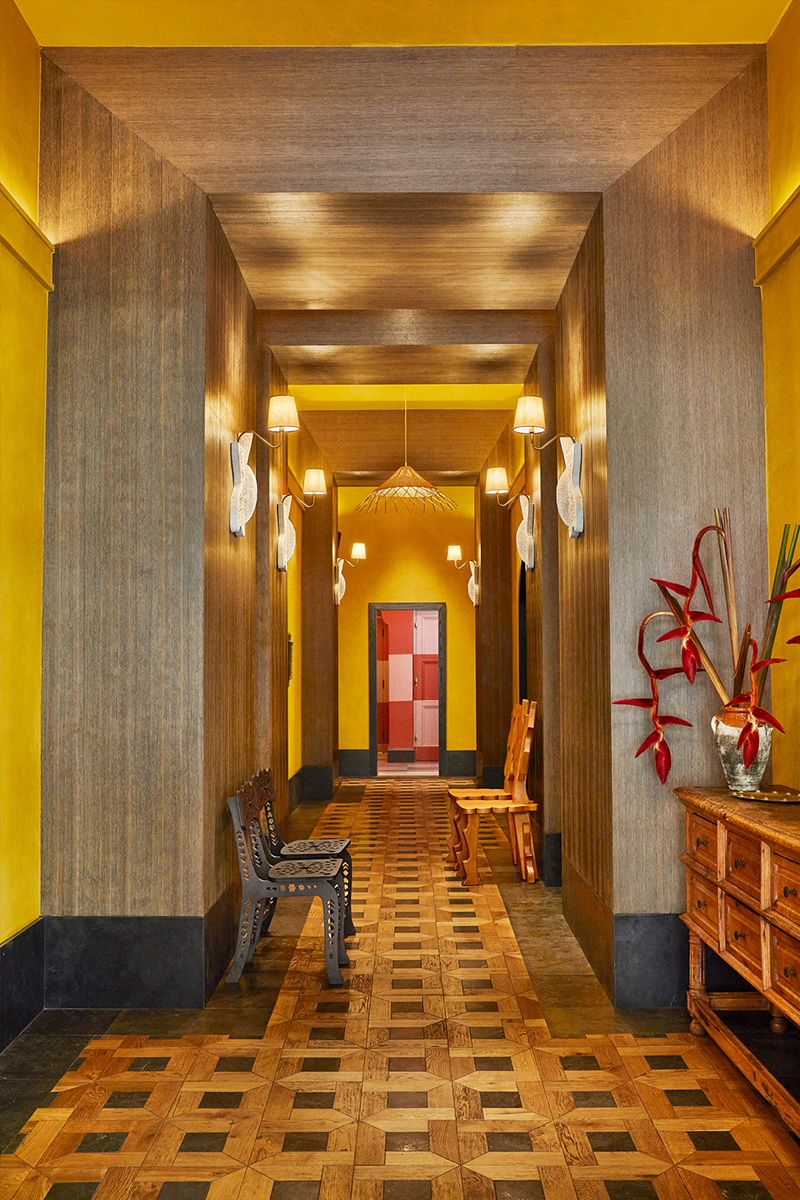 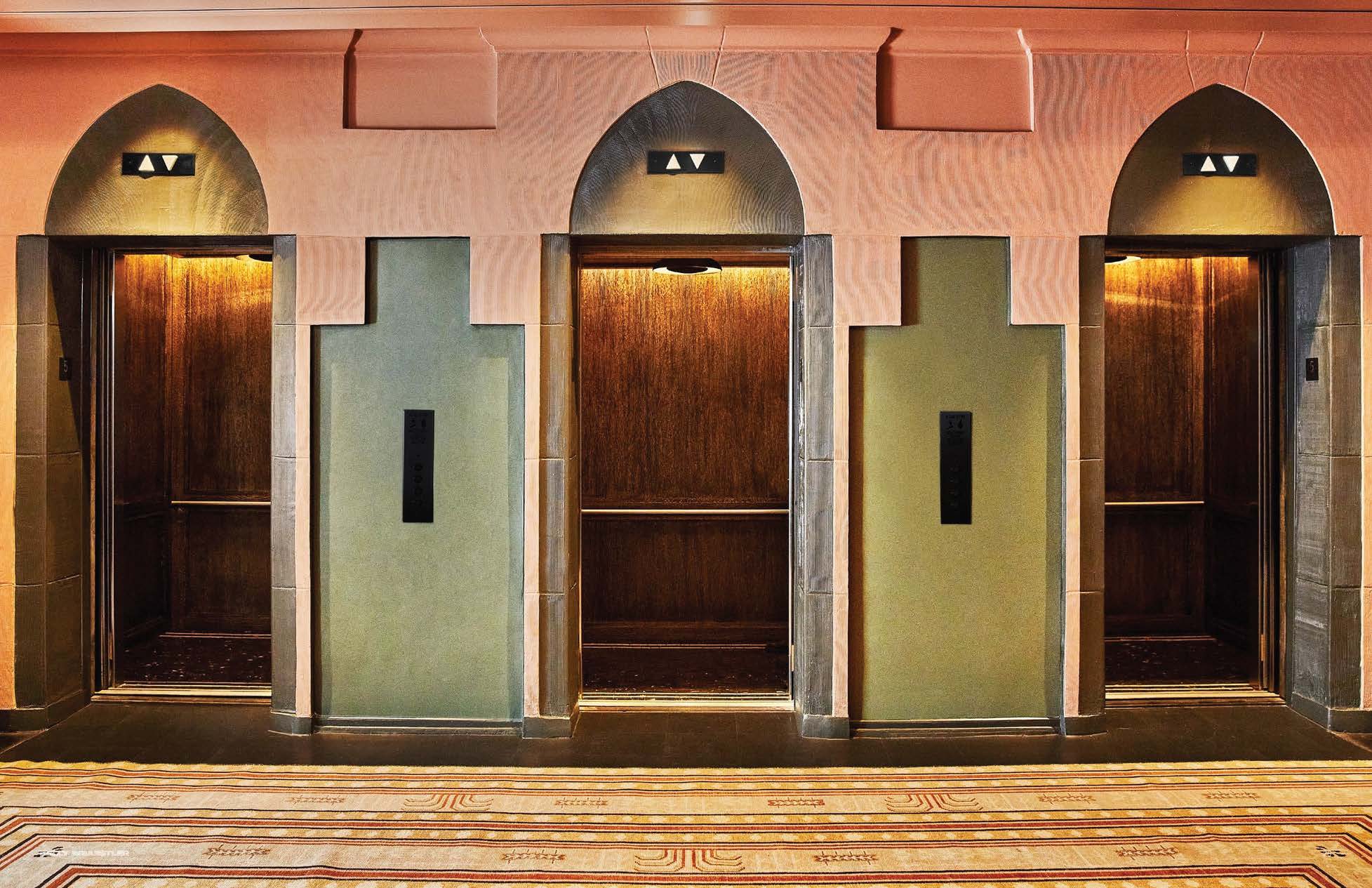 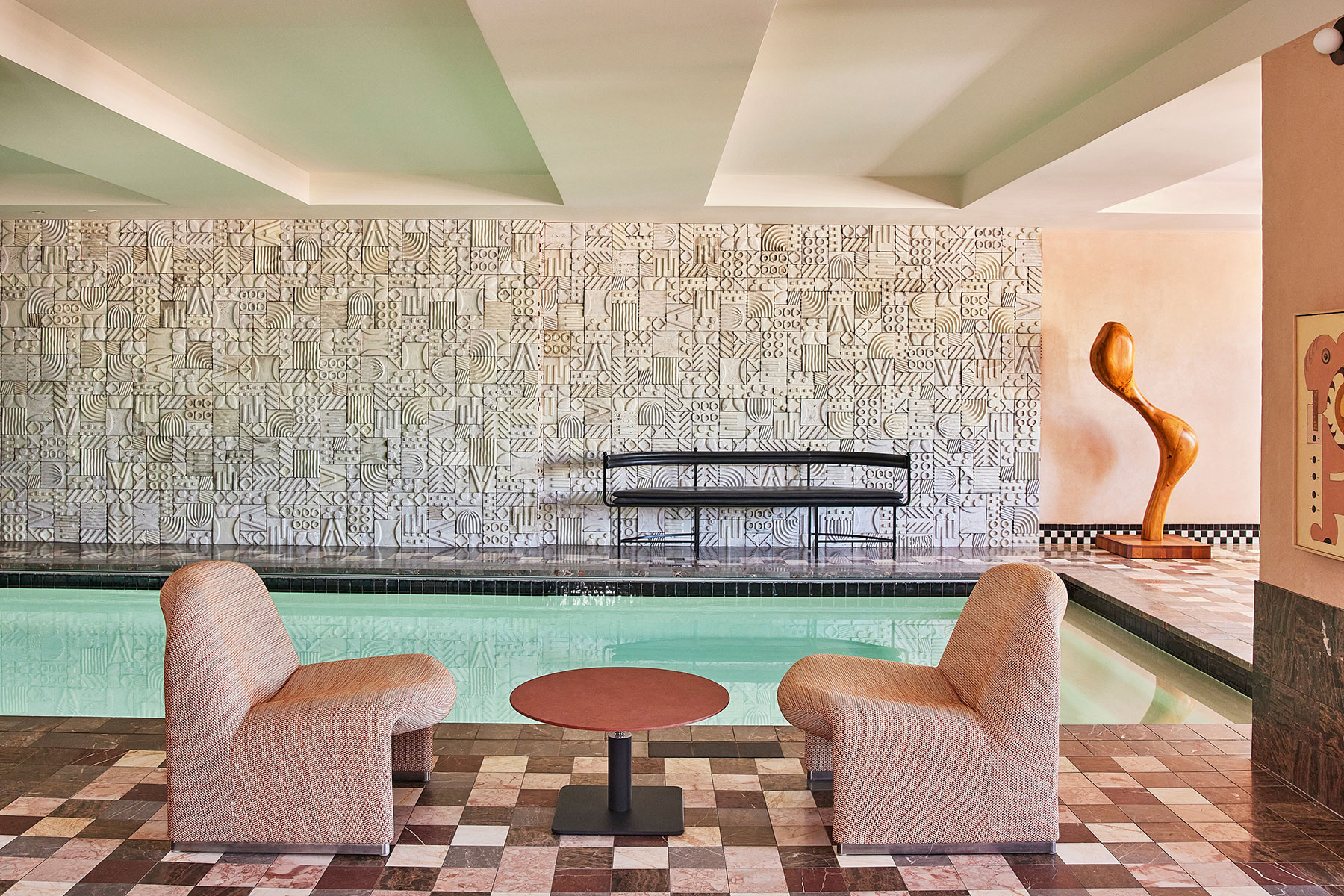 Perhaps it’s the assortment of old-world tchotchkes or the custom furnishings, or the way the plaster is hand-applied in an almost accidental fashion, but there is something striking about the property. Each suite feels unexplainably different, as if holding in its walls, centuries-old secrets. The rooms and suites brim with natural light, and historic thoroughfares and skyline icons peep through the heritage windows. 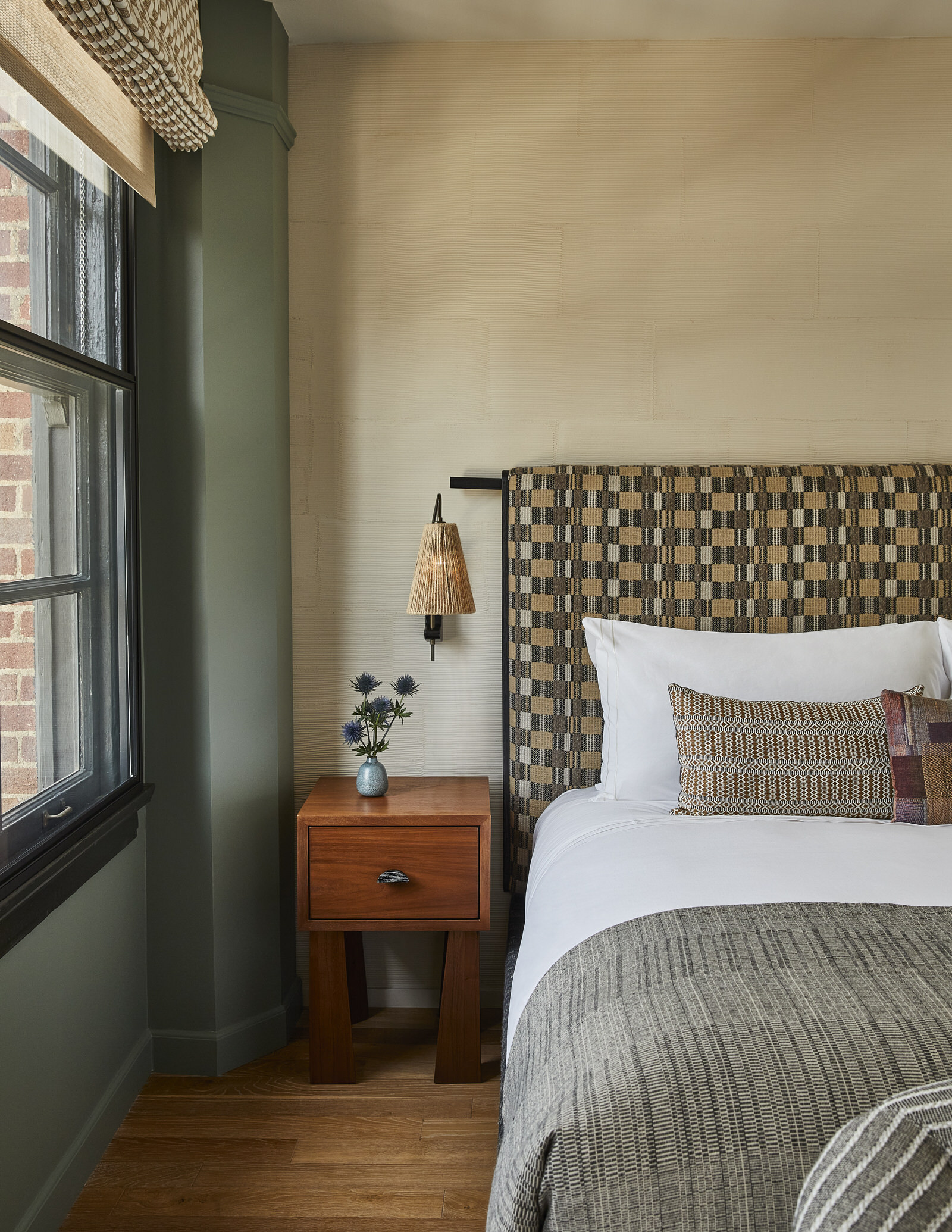 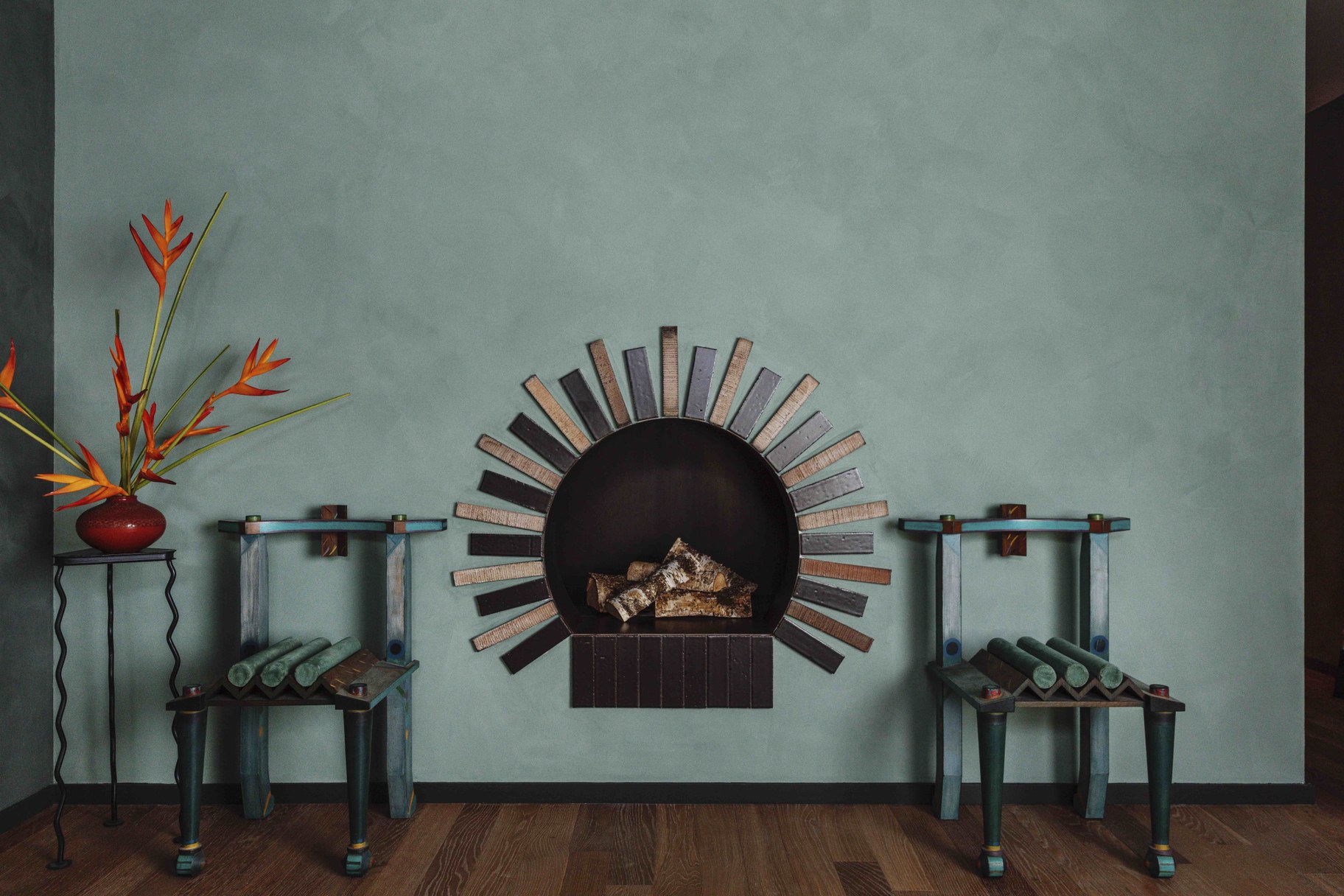 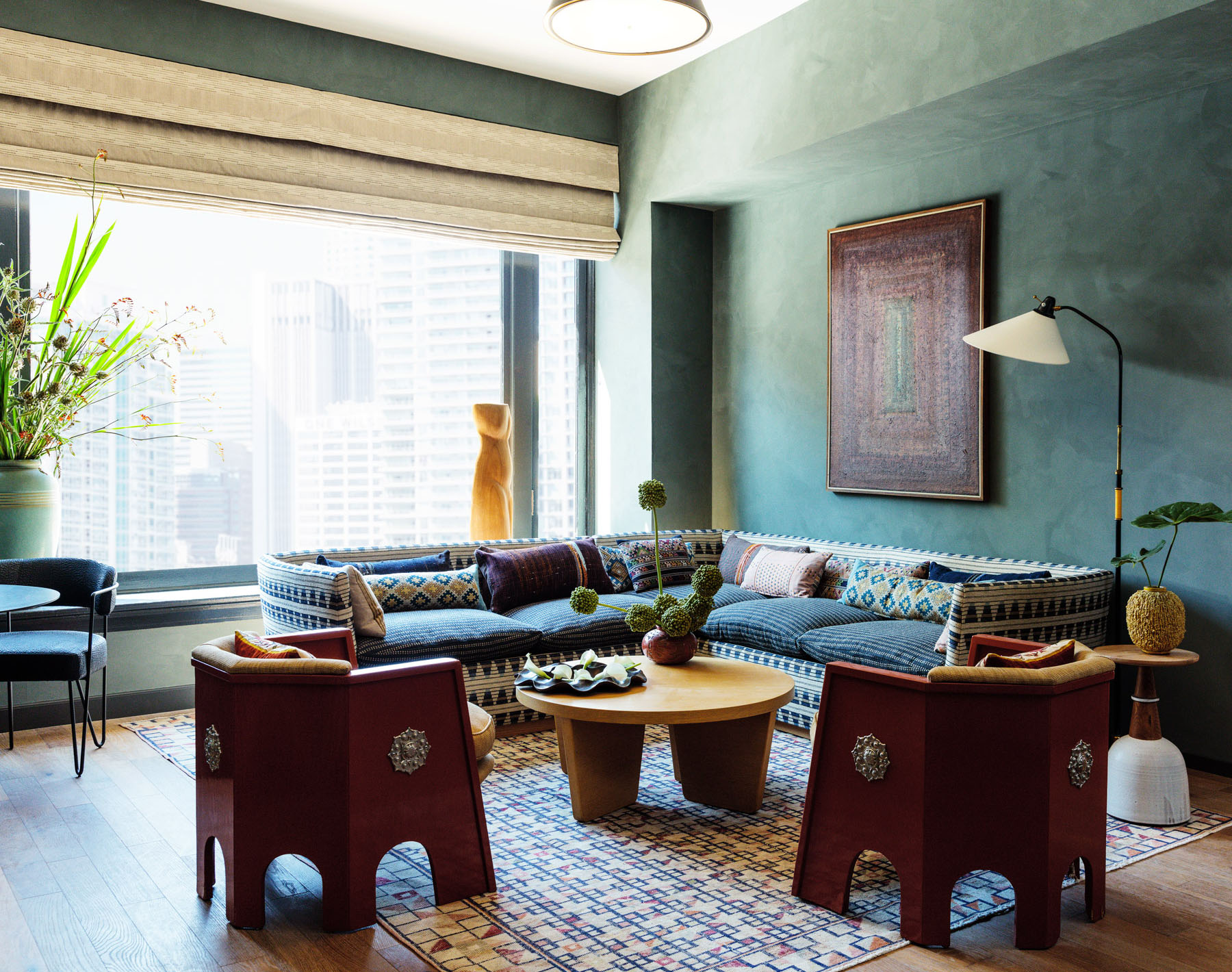 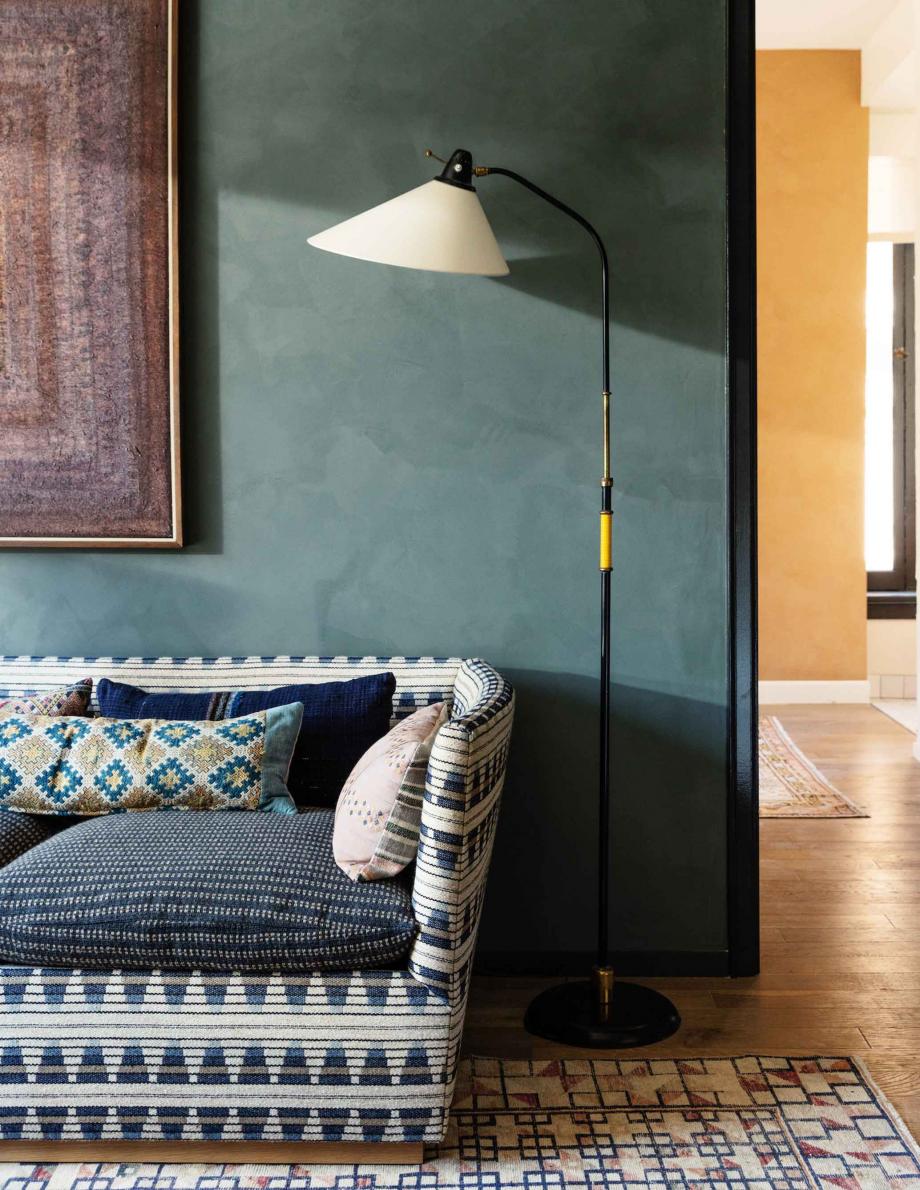 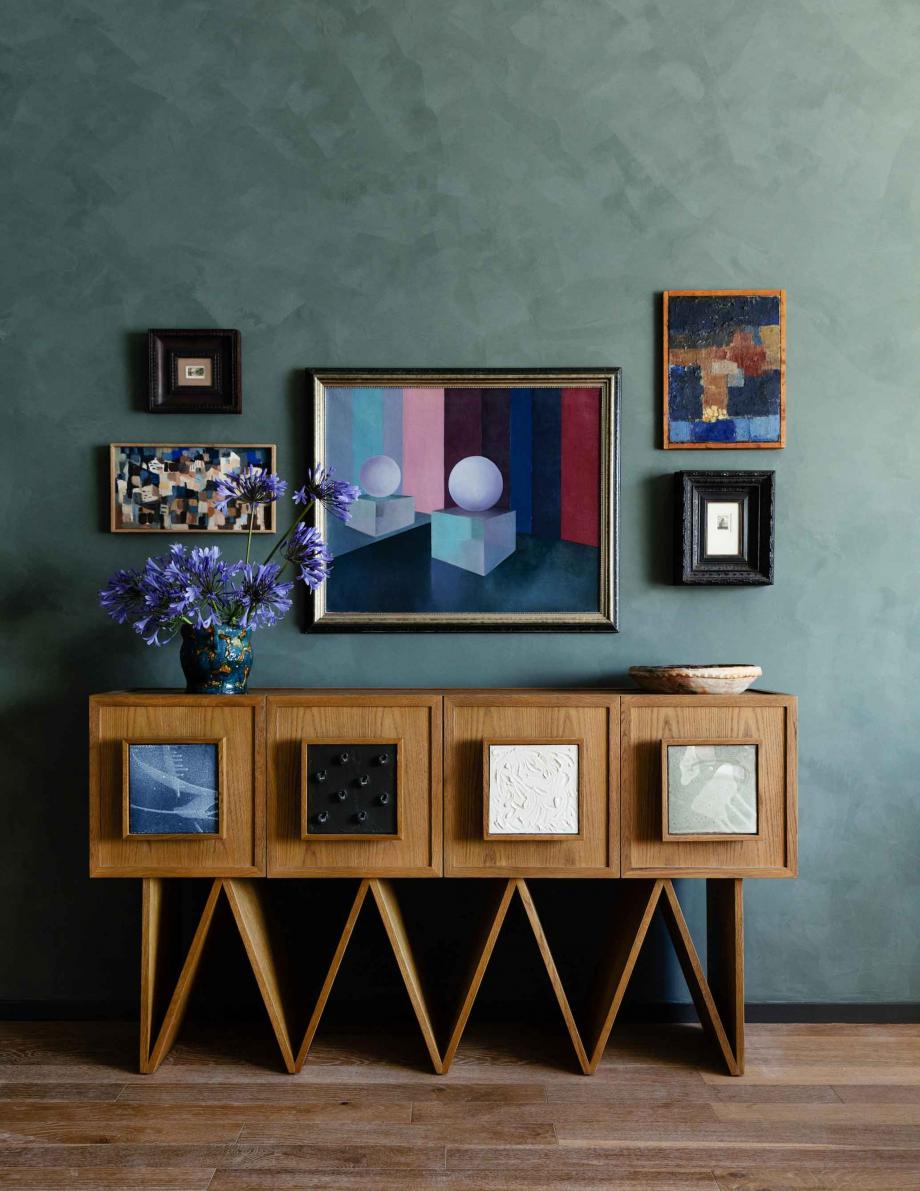 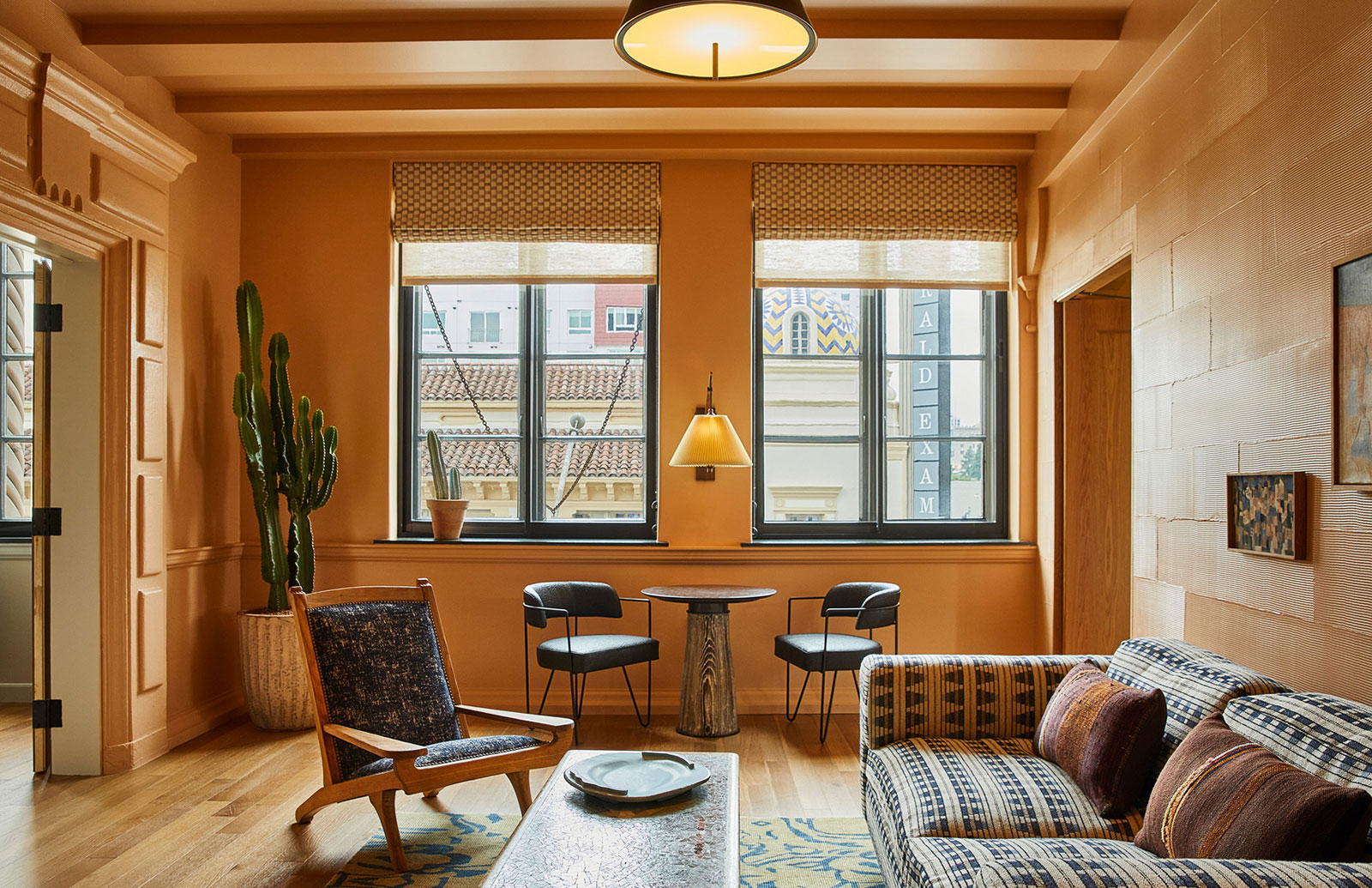 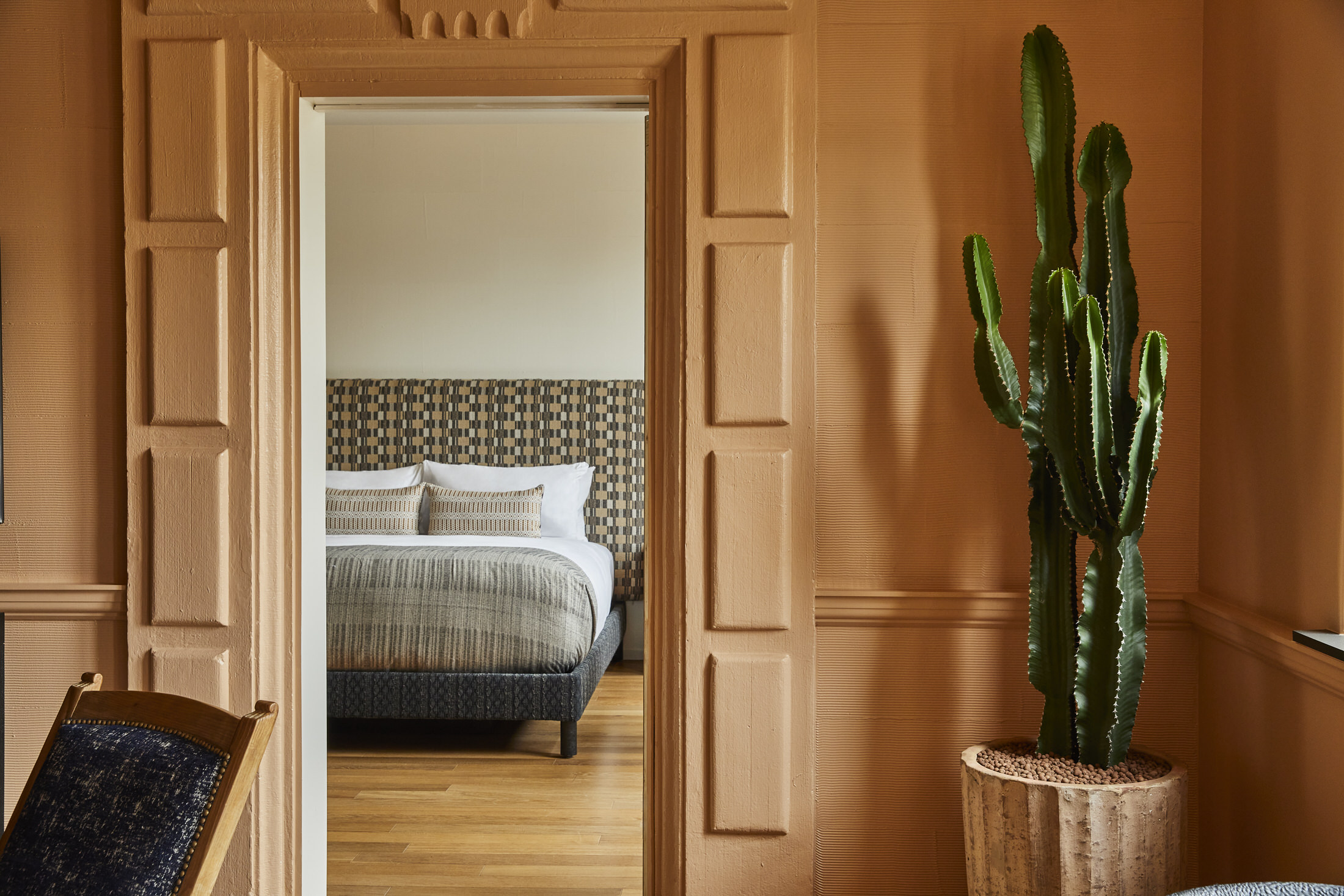 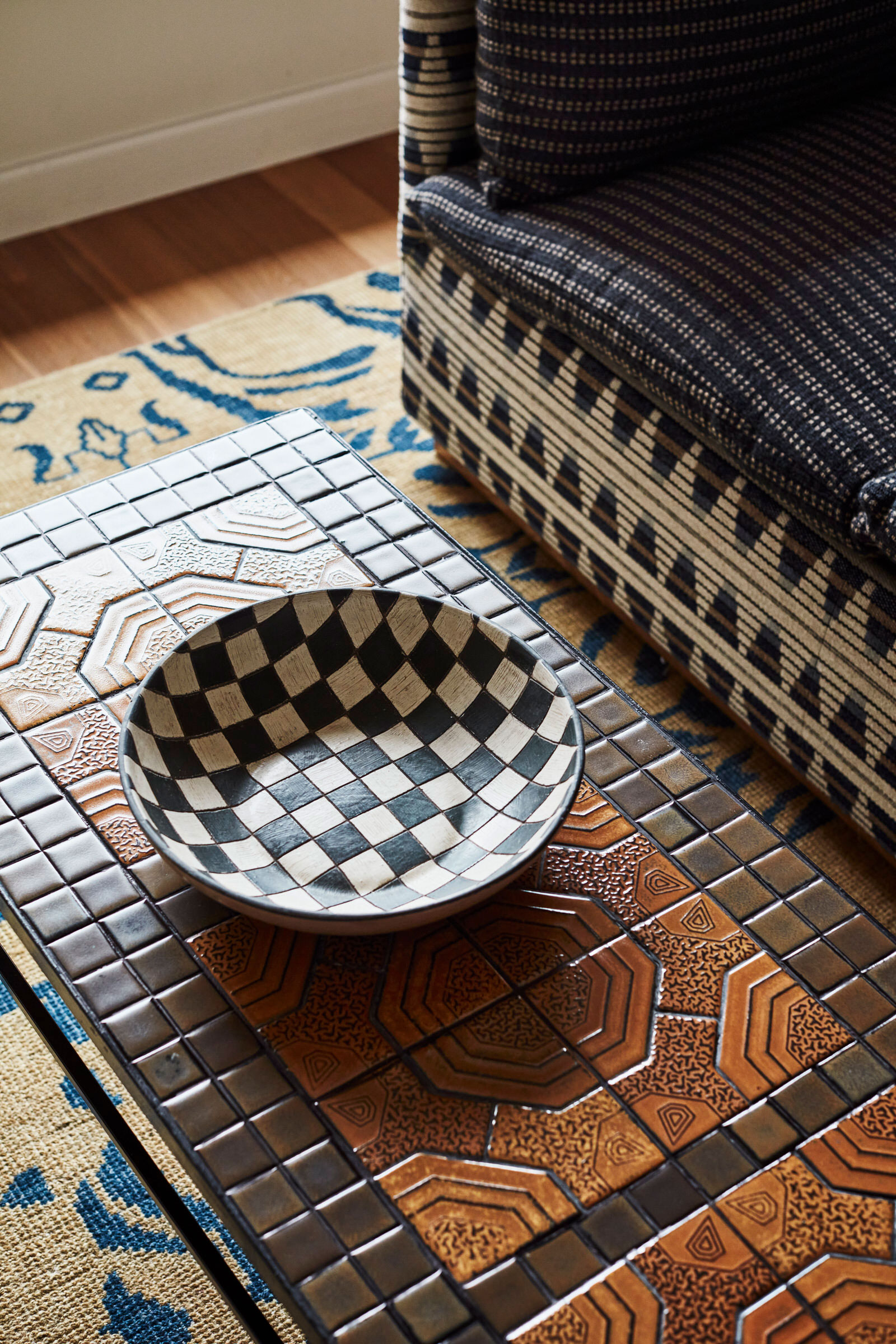 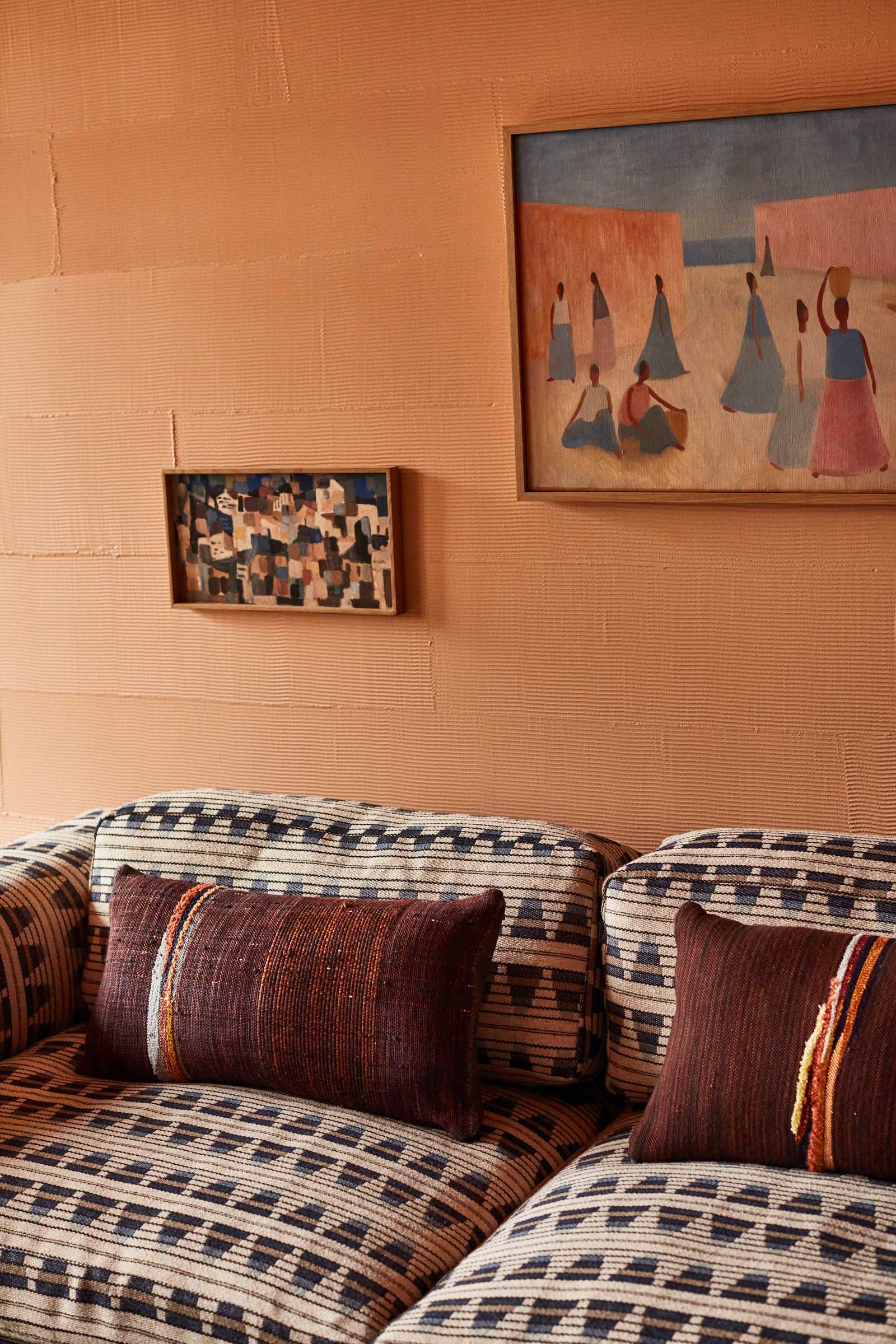 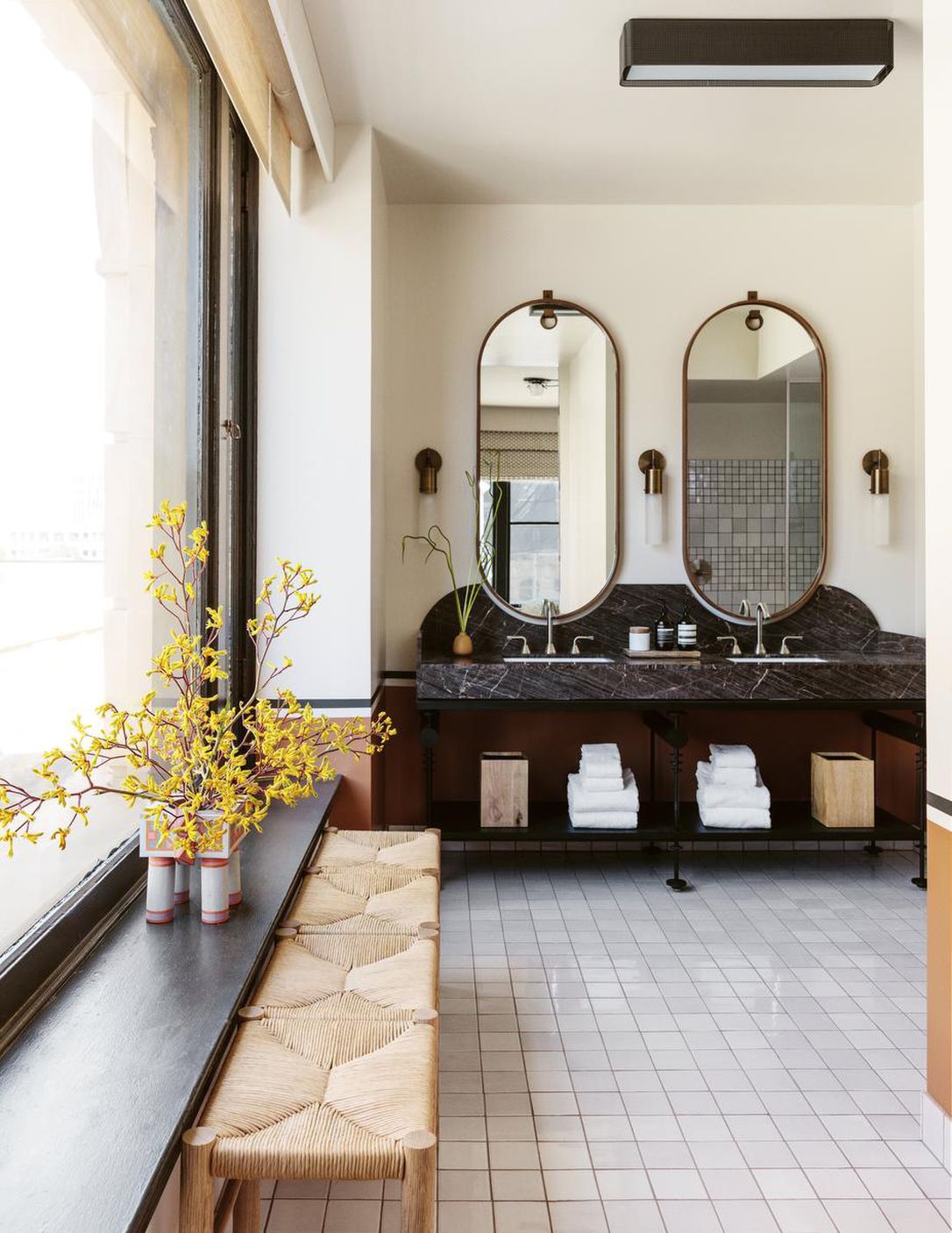 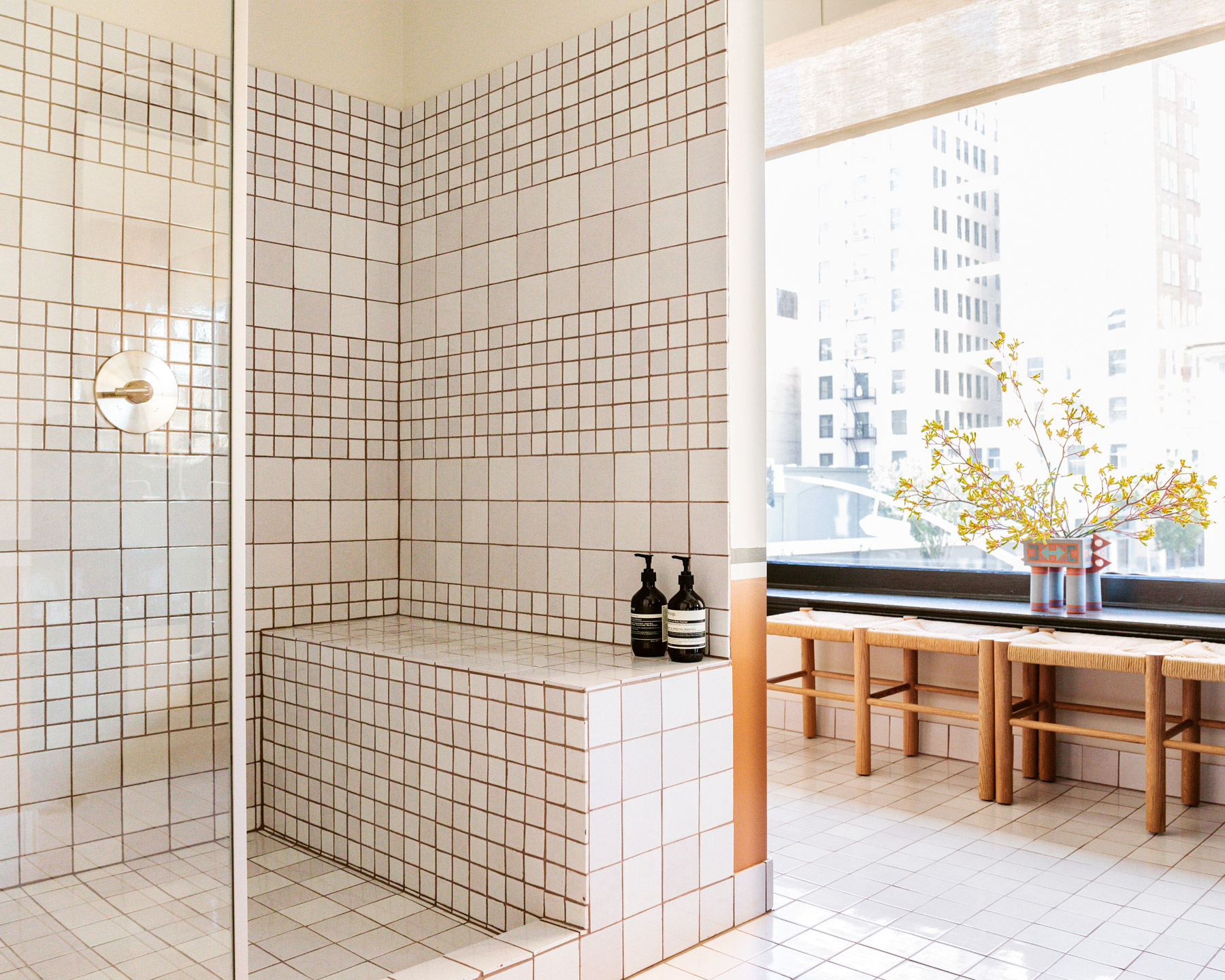 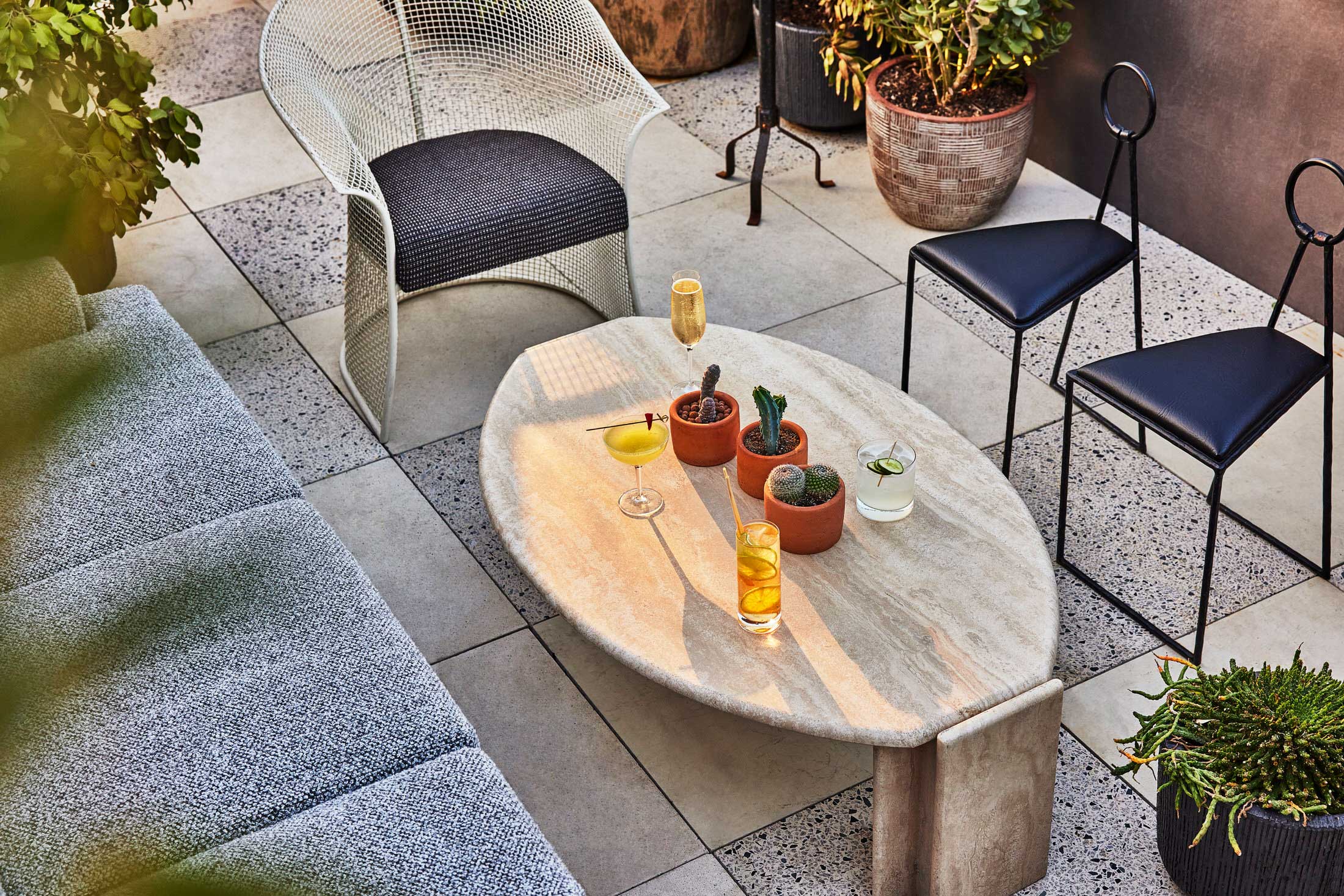 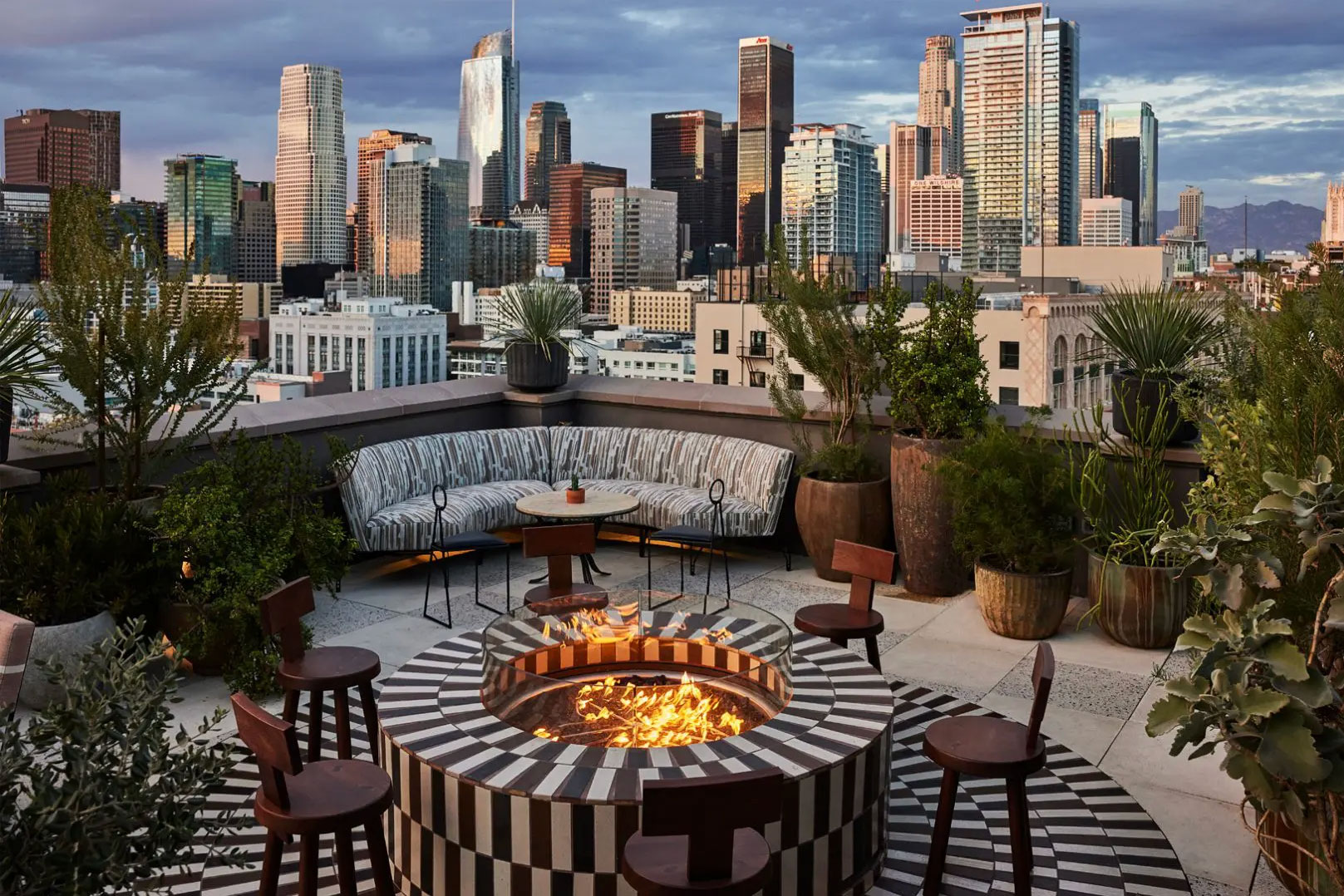 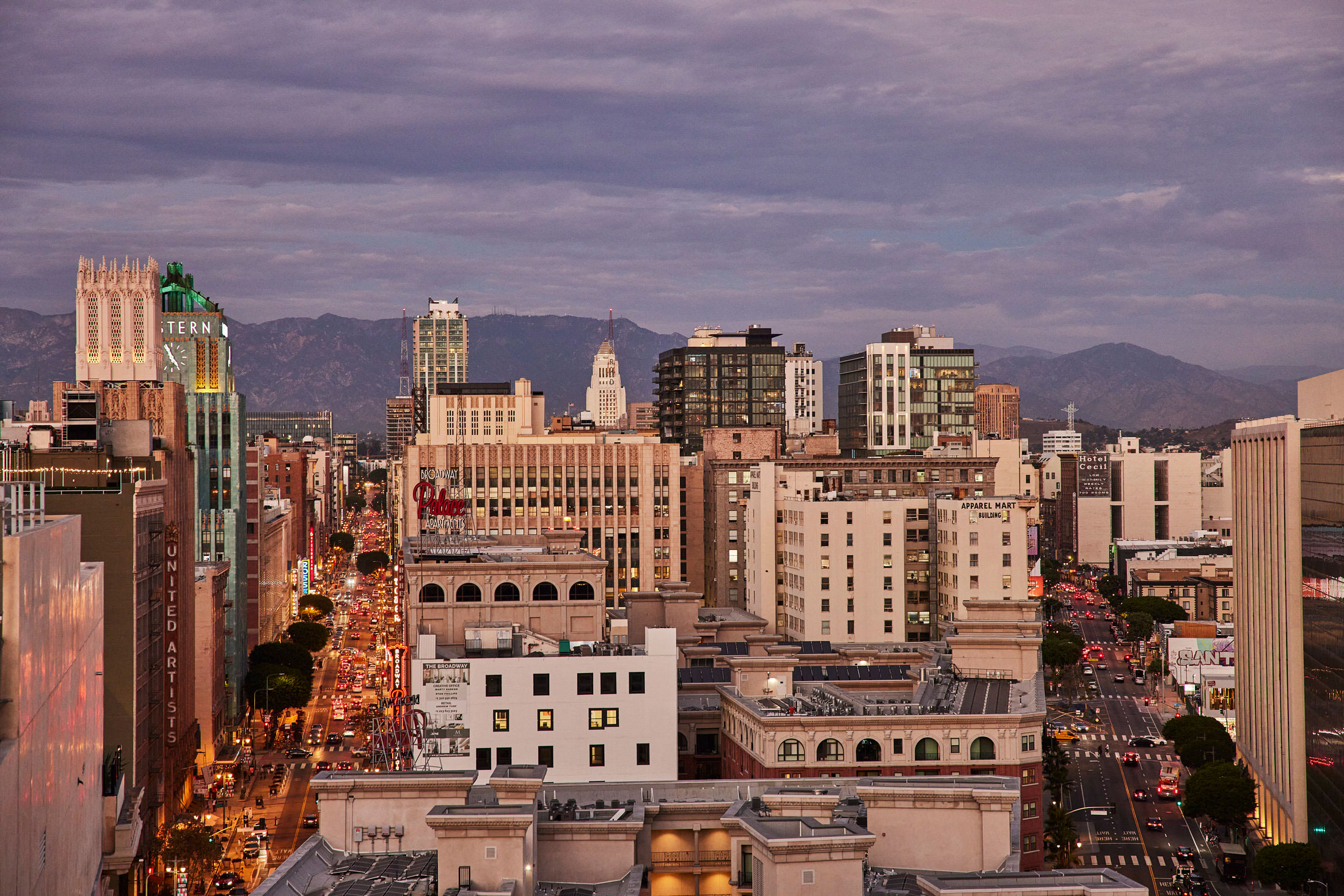 If you’re tempted to curl up in your room and never ever leave, the hotel’s lobby-level restaurant or panoramic rooftop lounge–where Spanish and Moorish, Portuguese and Mexican culinary traditions are celebrated with equal gusto–might just ‘bowl’ you over.

The luxurious public spaces might do an equally good job, offering you a spot to wind down, whether under the spell of the original frescoes of the fourth-floor library, or at the rooftop spa where vistas of Broadway Corridor unfurl unto infinity. The hotel has something for everyone–”for meetings of the minds, special events, and small weddings alike”. No wonder it’s one of LA’s biggest downtown sensations.