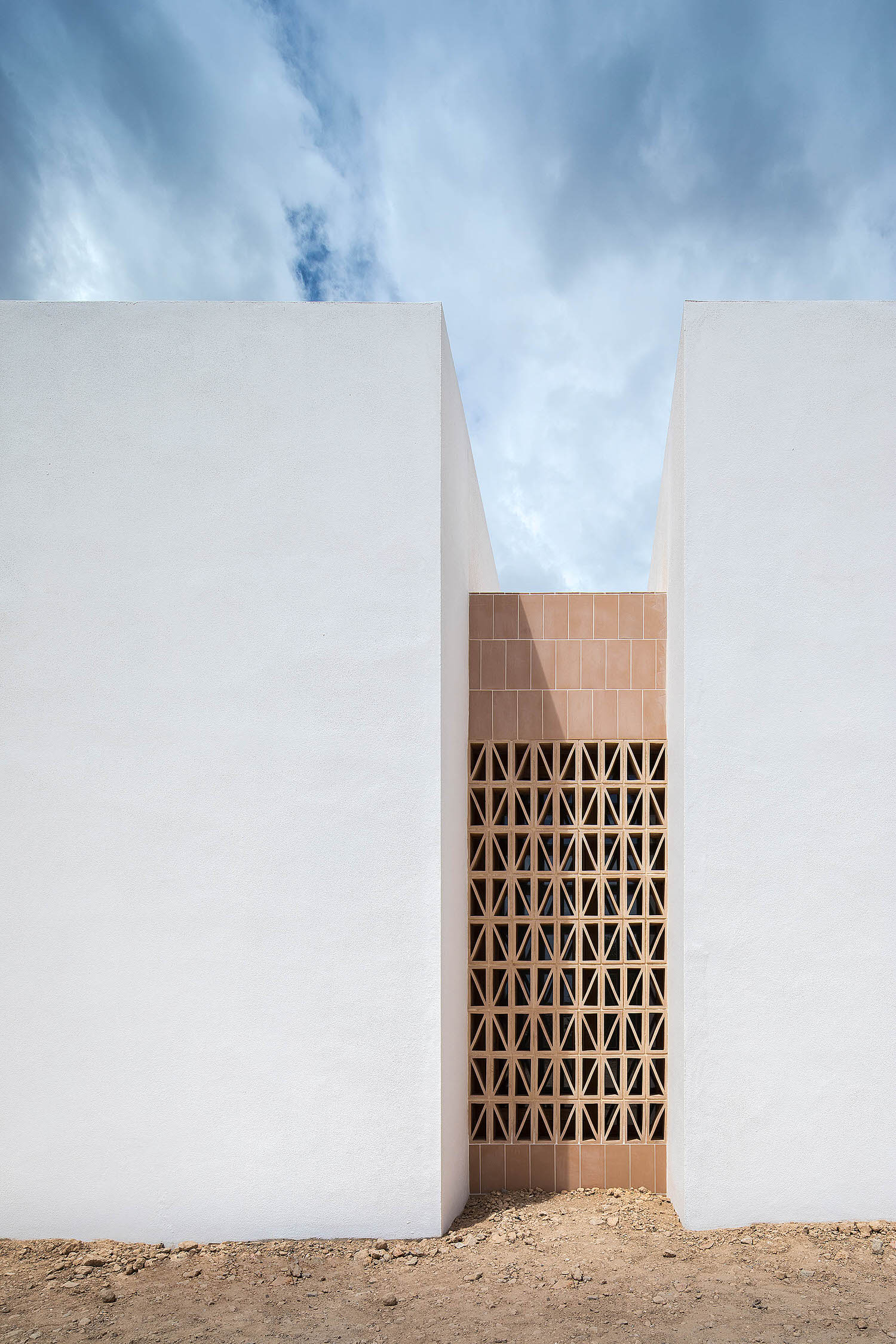 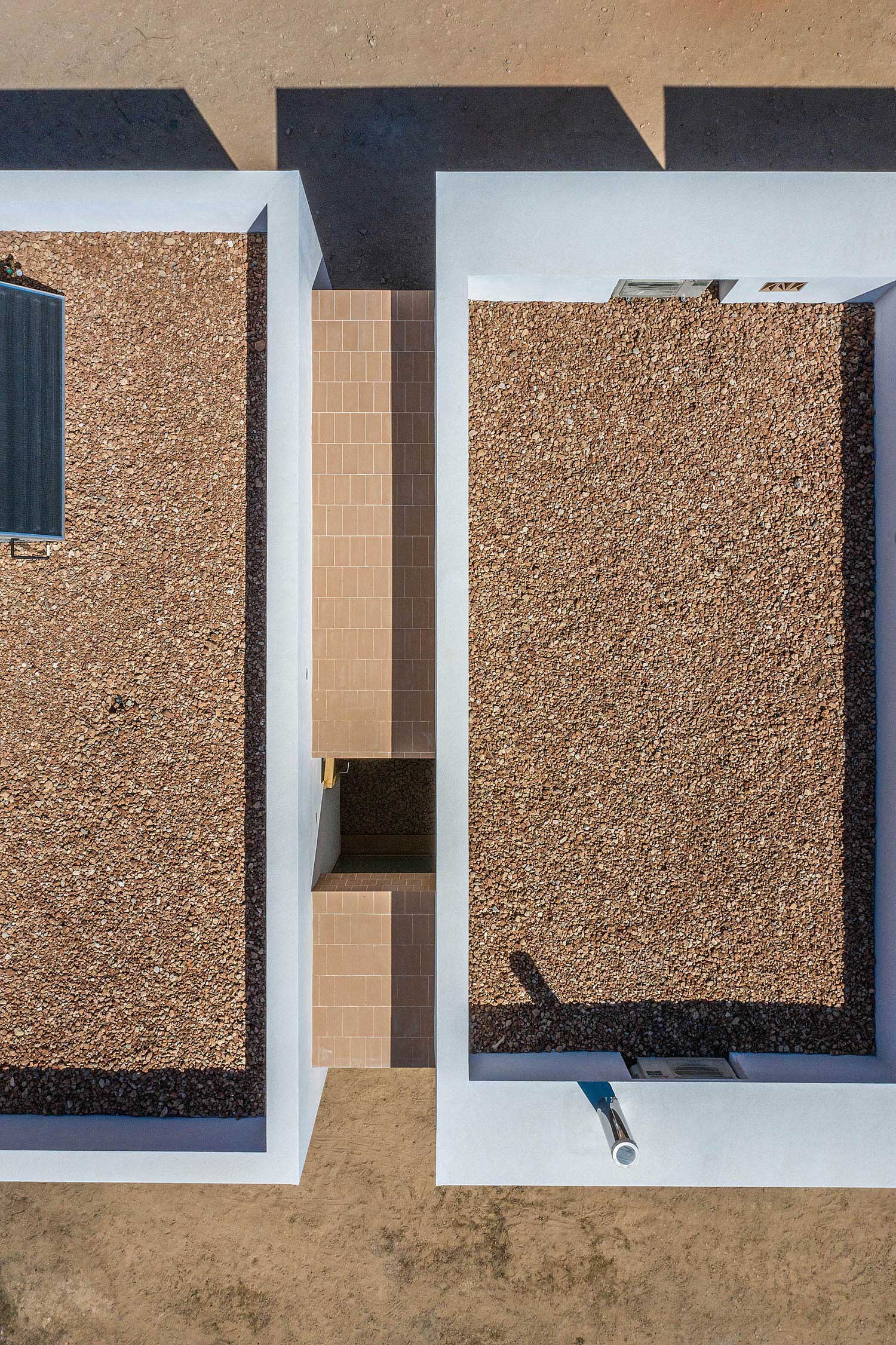 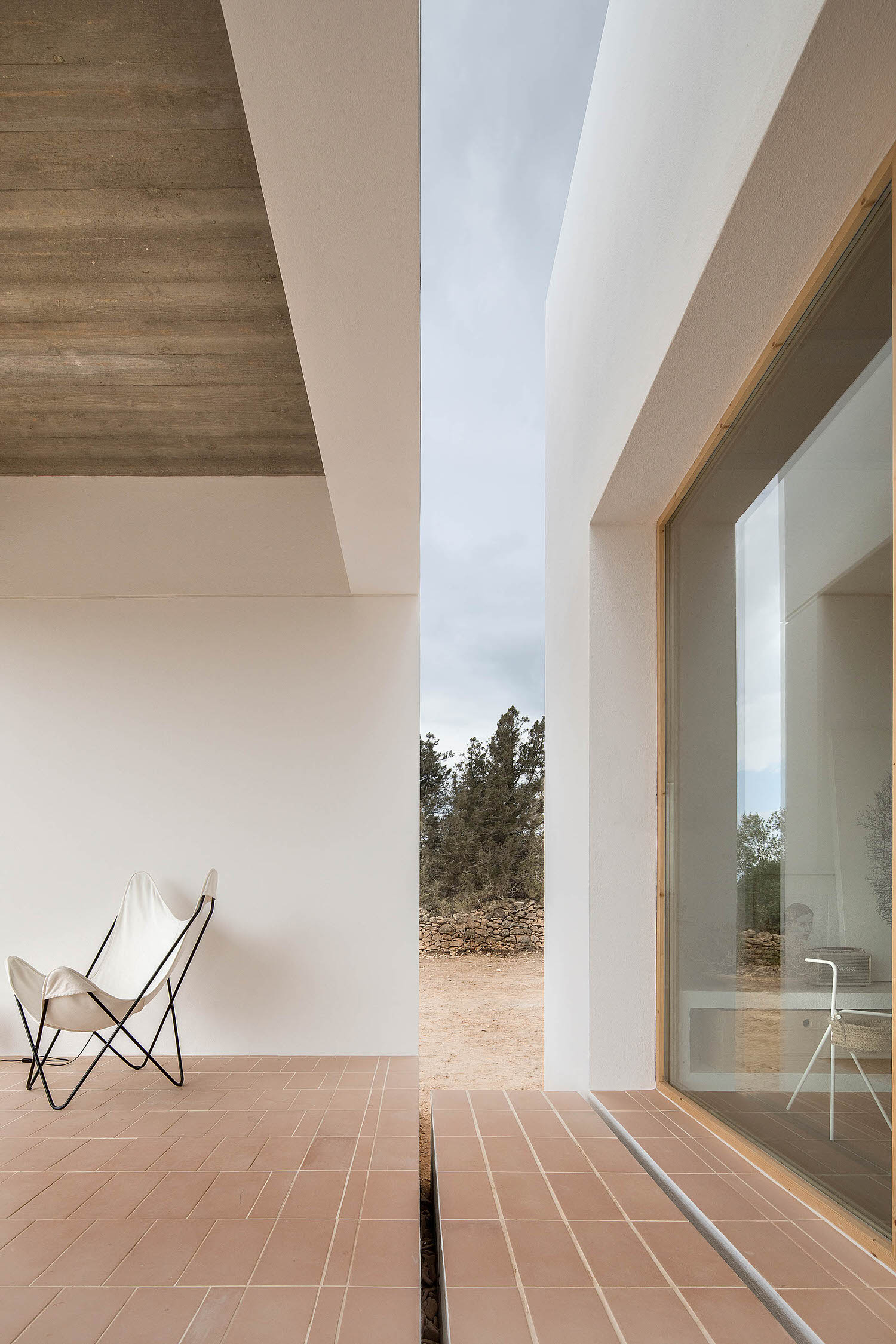 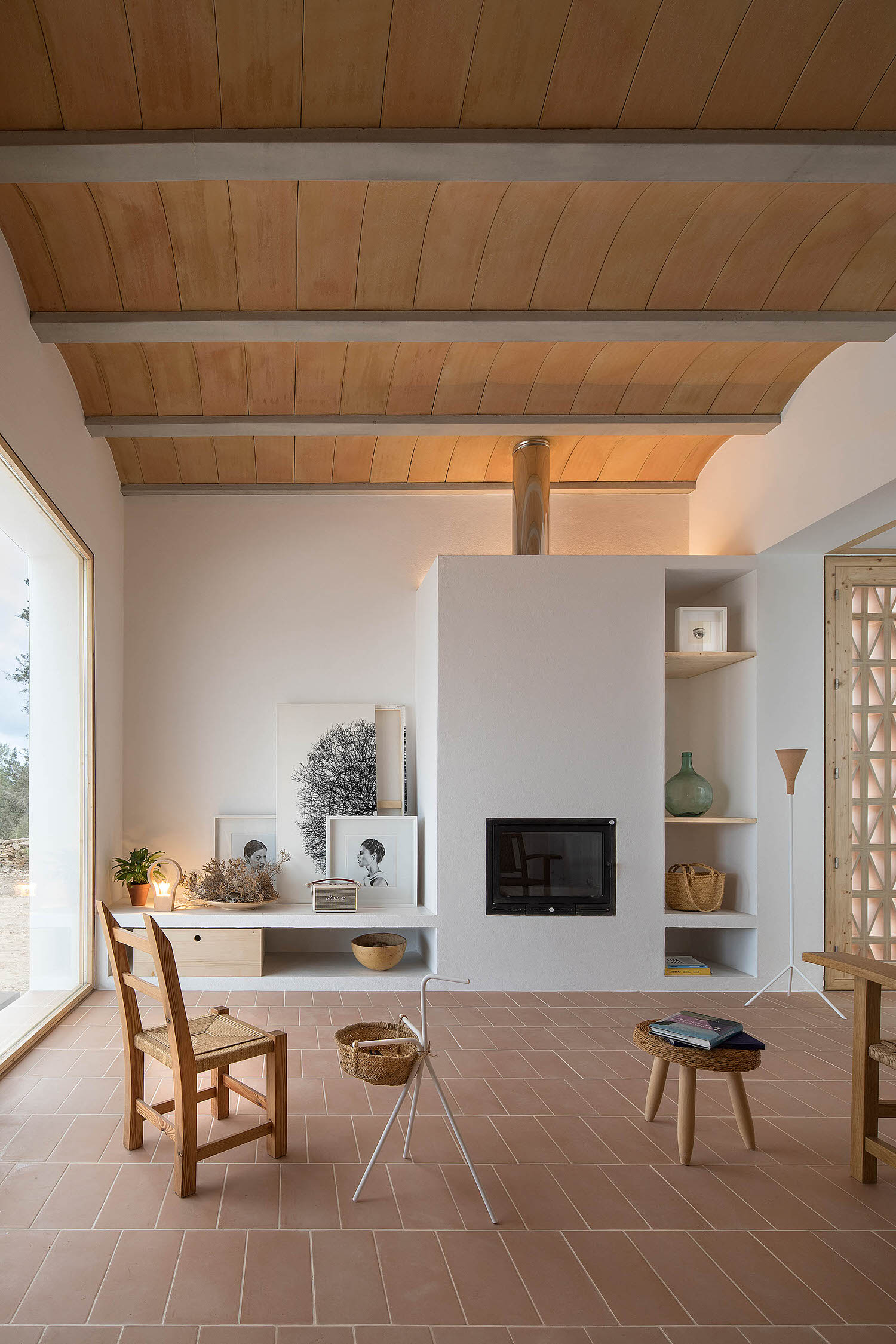 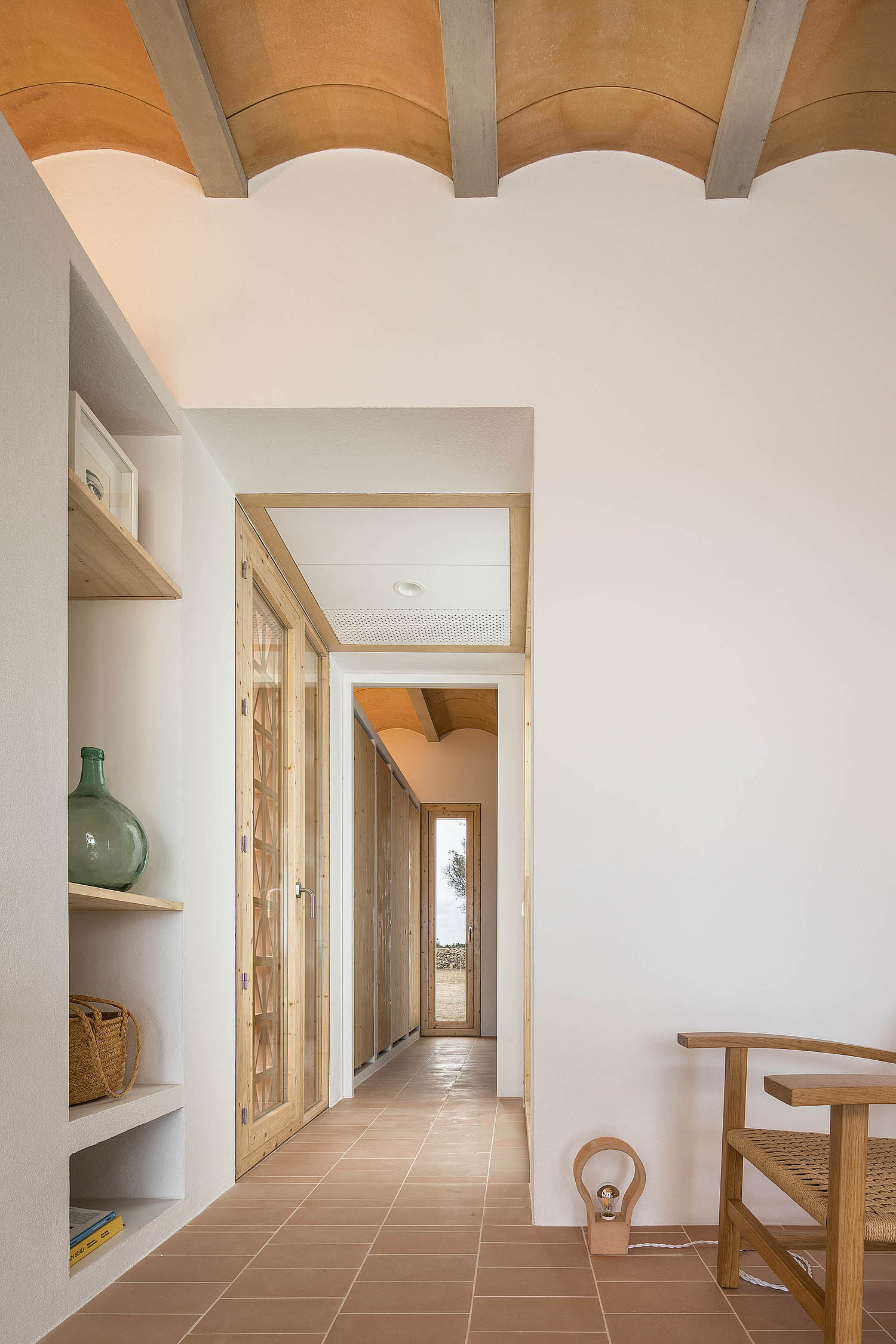 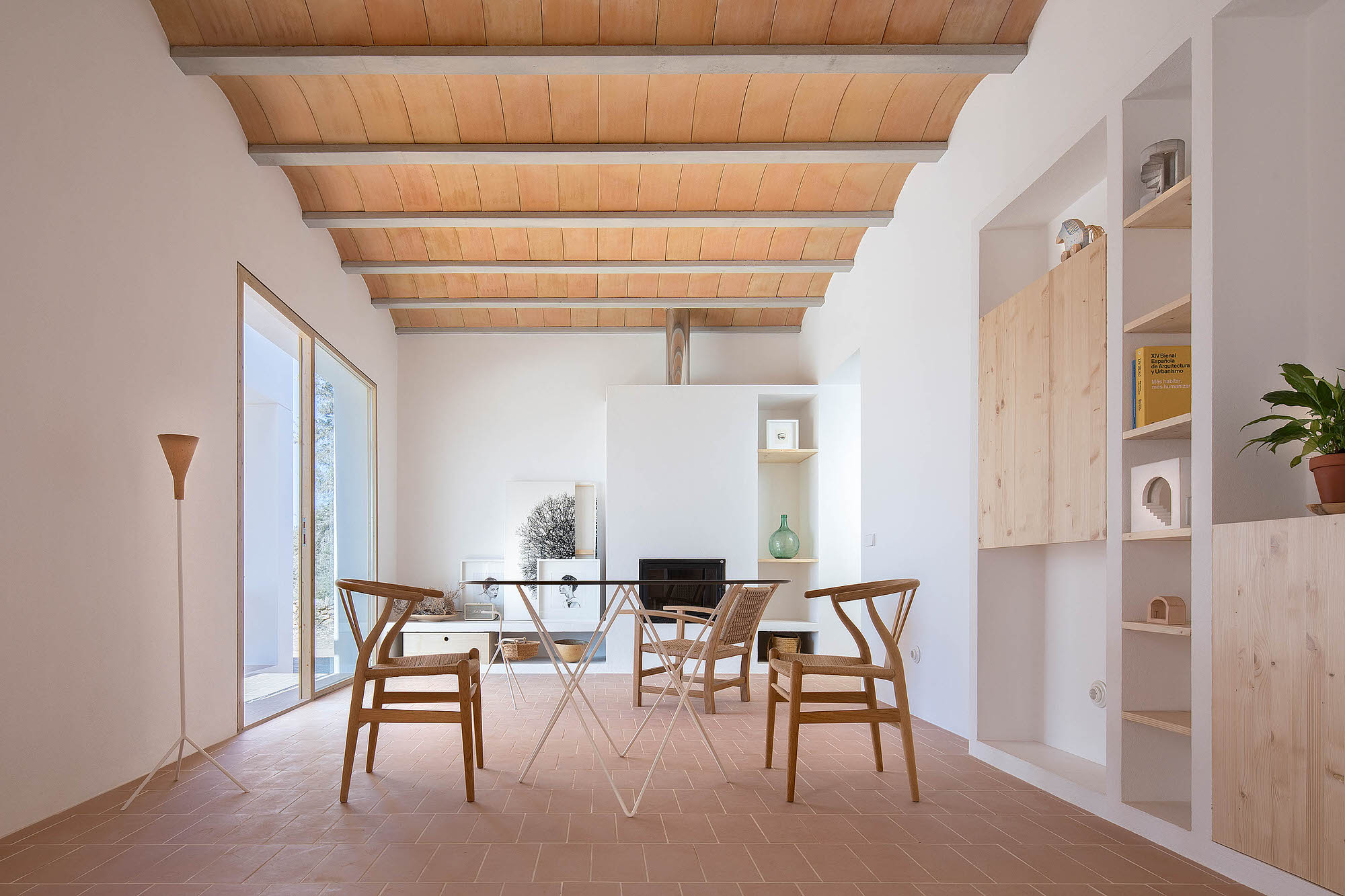 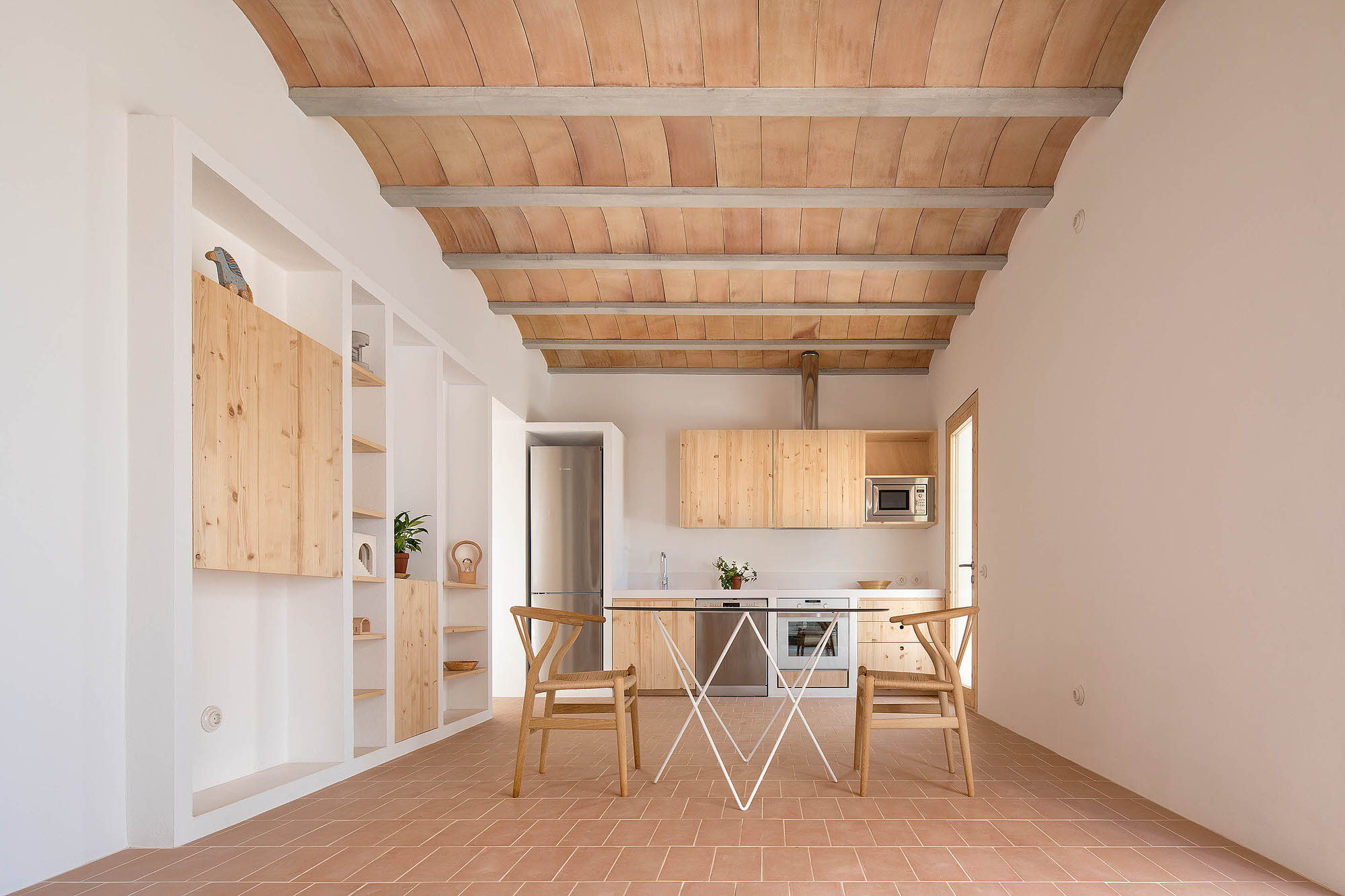 Imagine sinking sensation of your palms in textures of dry earth, burnt-red gravel, and uneven surfaces of freshly fired ceramic as we gaze upon ’s Es Pou House. Almost like the earth has been scooped up and moulded with a white cast – this family residence takes cues of shadow and light features from . As sturdy it is on the outside, natural light soothes the hard edges, transforming this Spanish residence into a getaway of summer dreams.

The 94 square metre home positions itself on Es Pou de Can Marianet Barber – a historical place within the interior of , Spain. On the rugged and rural triangular estate, Es Pou House is one of the first architectural presences within the site with sprawling vegetation thriving on the fertile soil. Despite its apparent interruption to the landscape, the architects positioned the house close to the western edge, utilising the trees and shrubbery for sufficient shading while allowing agriculture to grow peacefully. 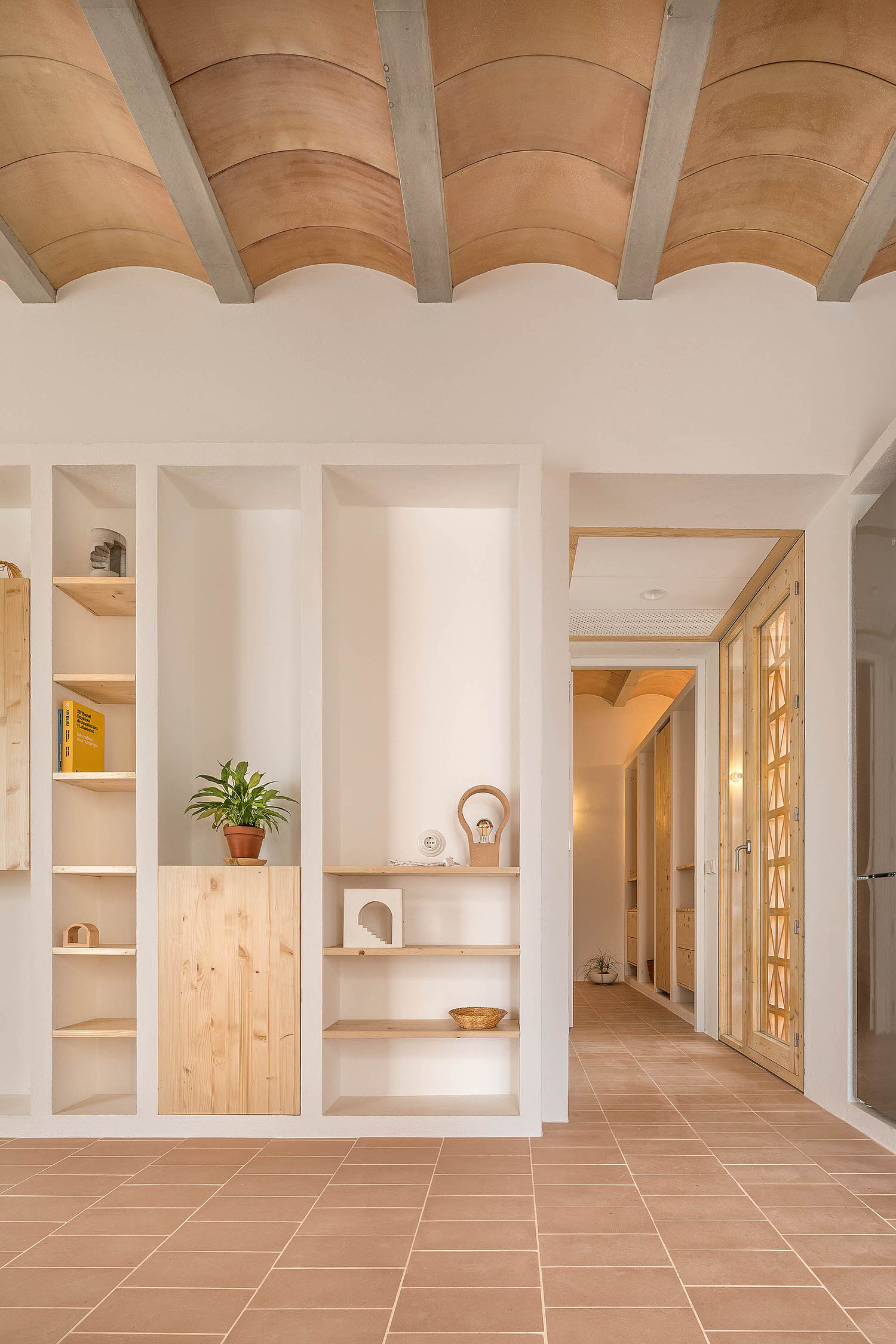 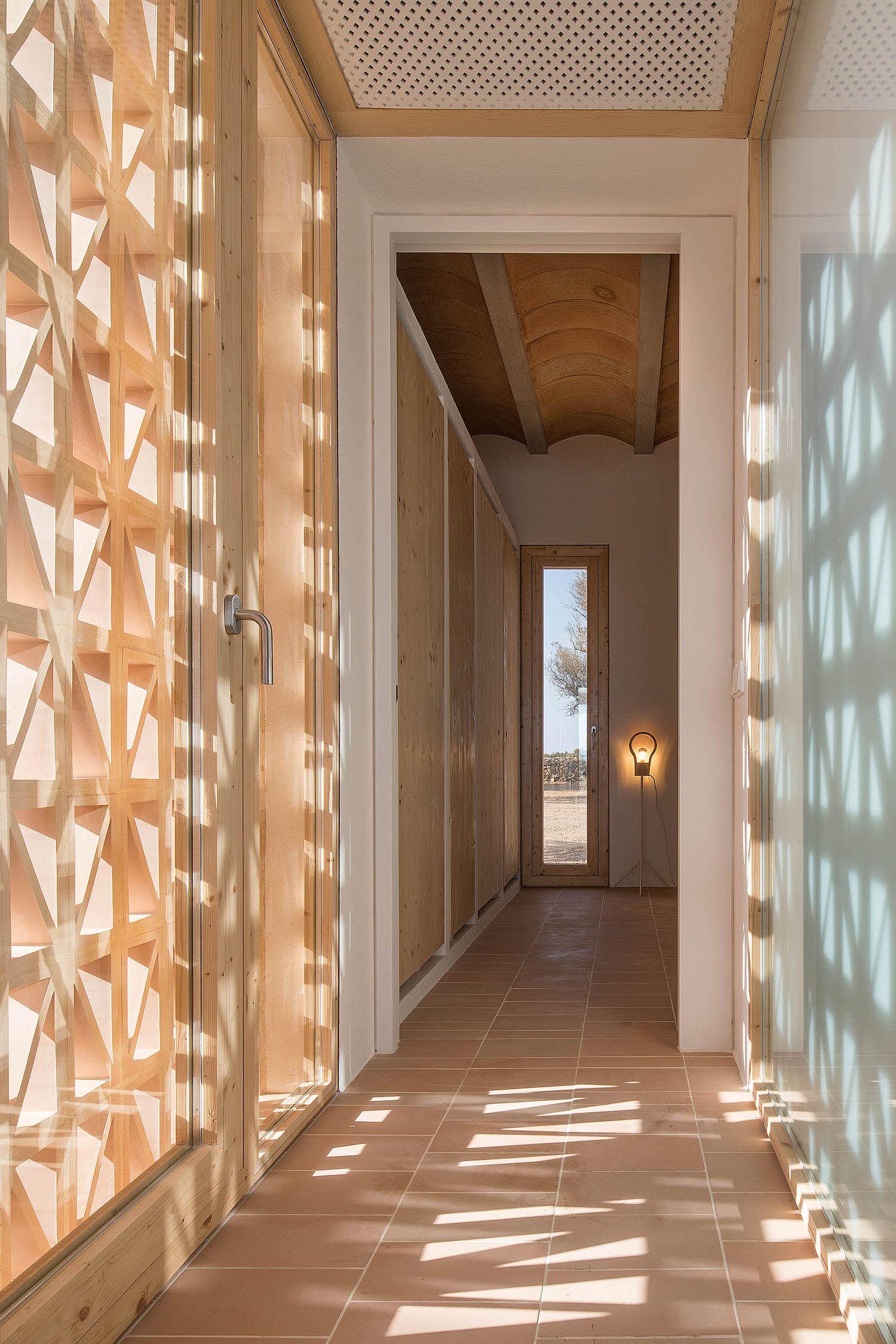 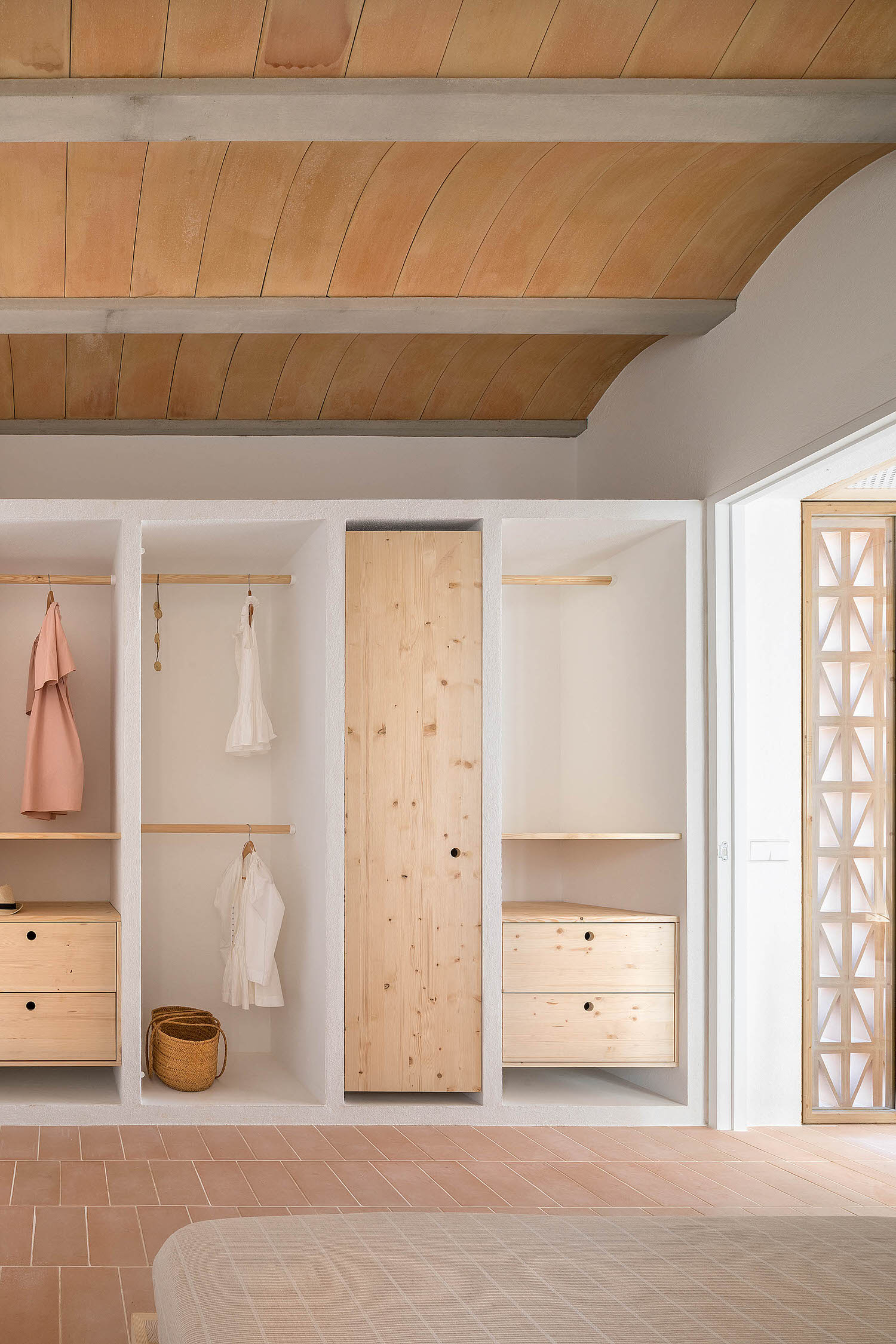 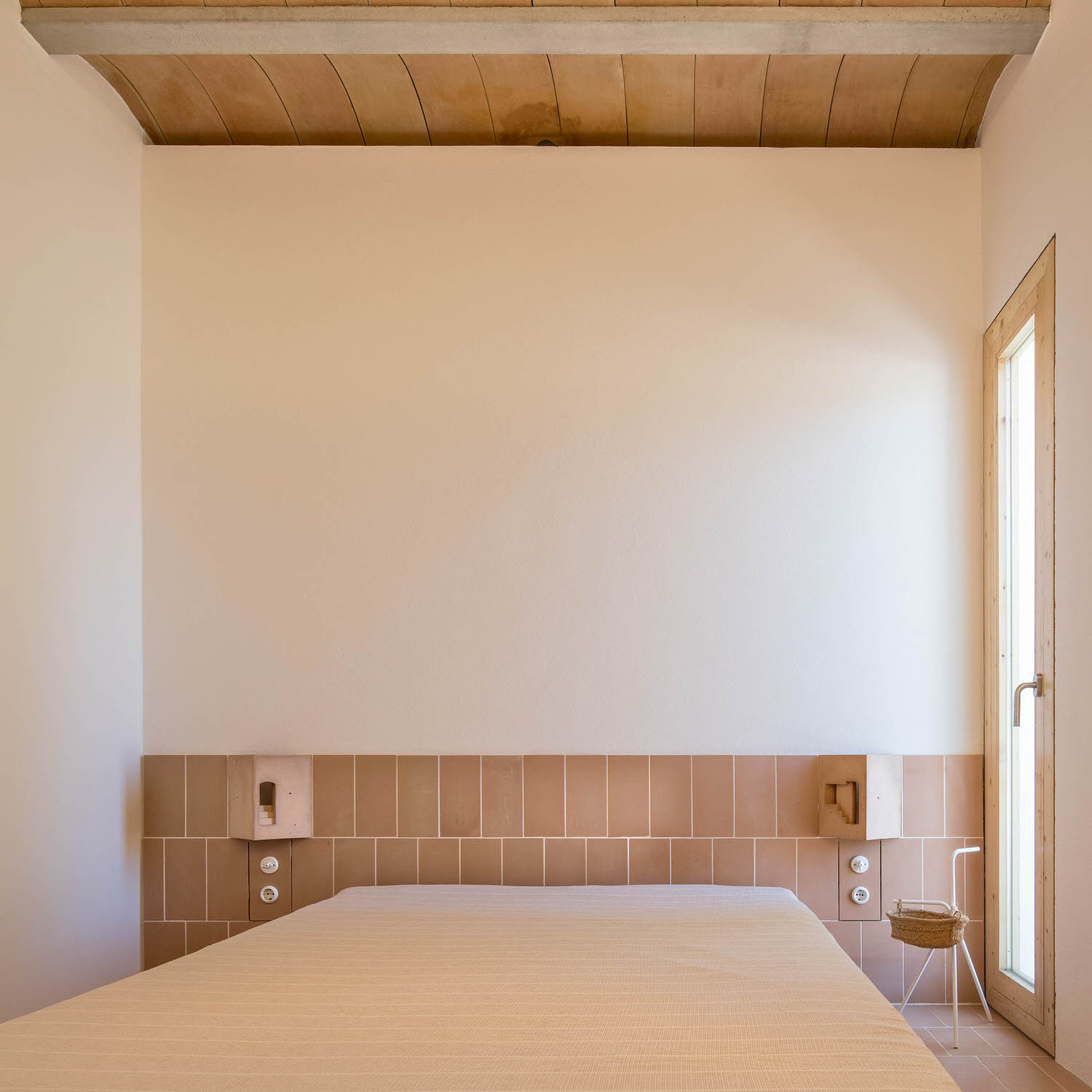 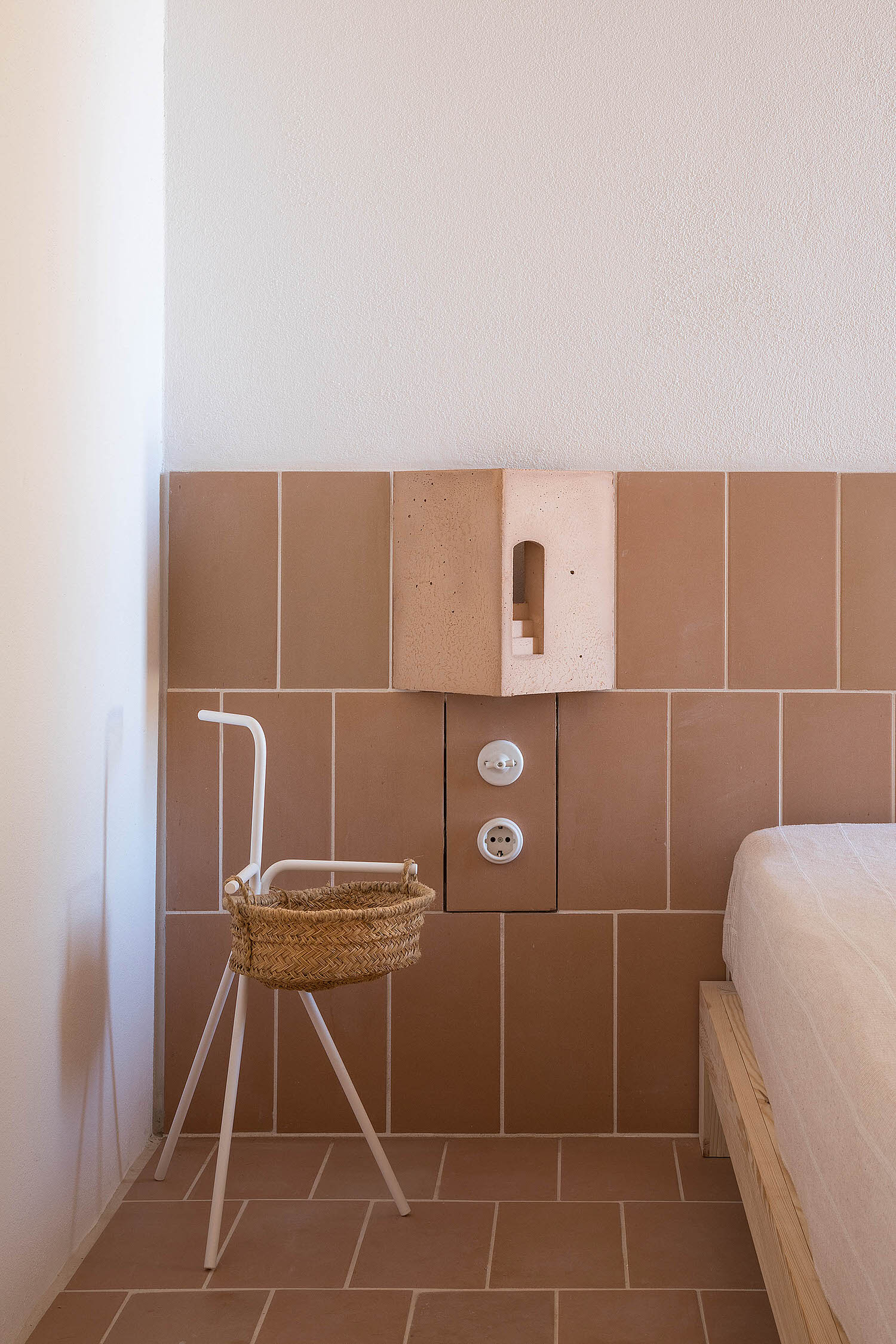 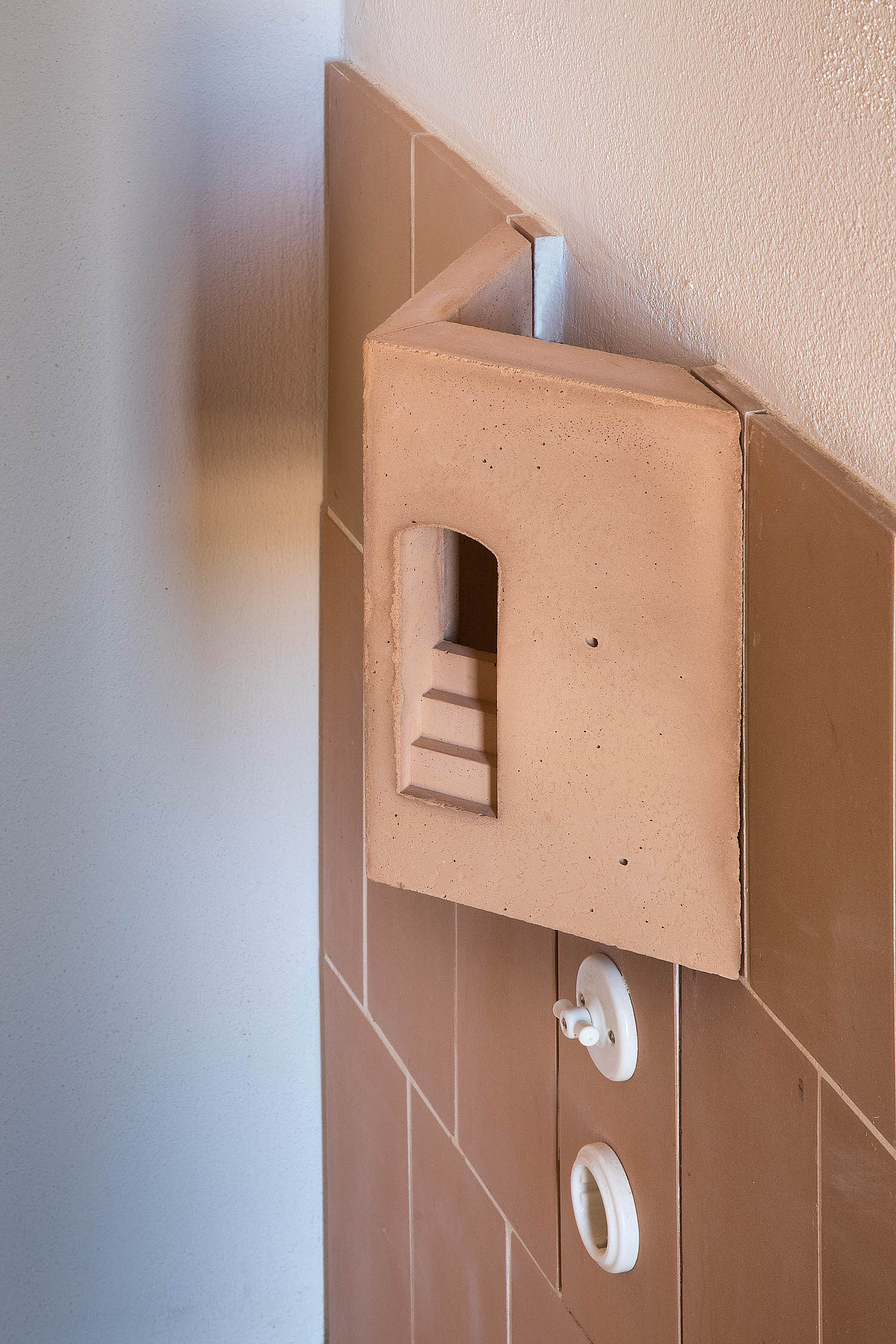 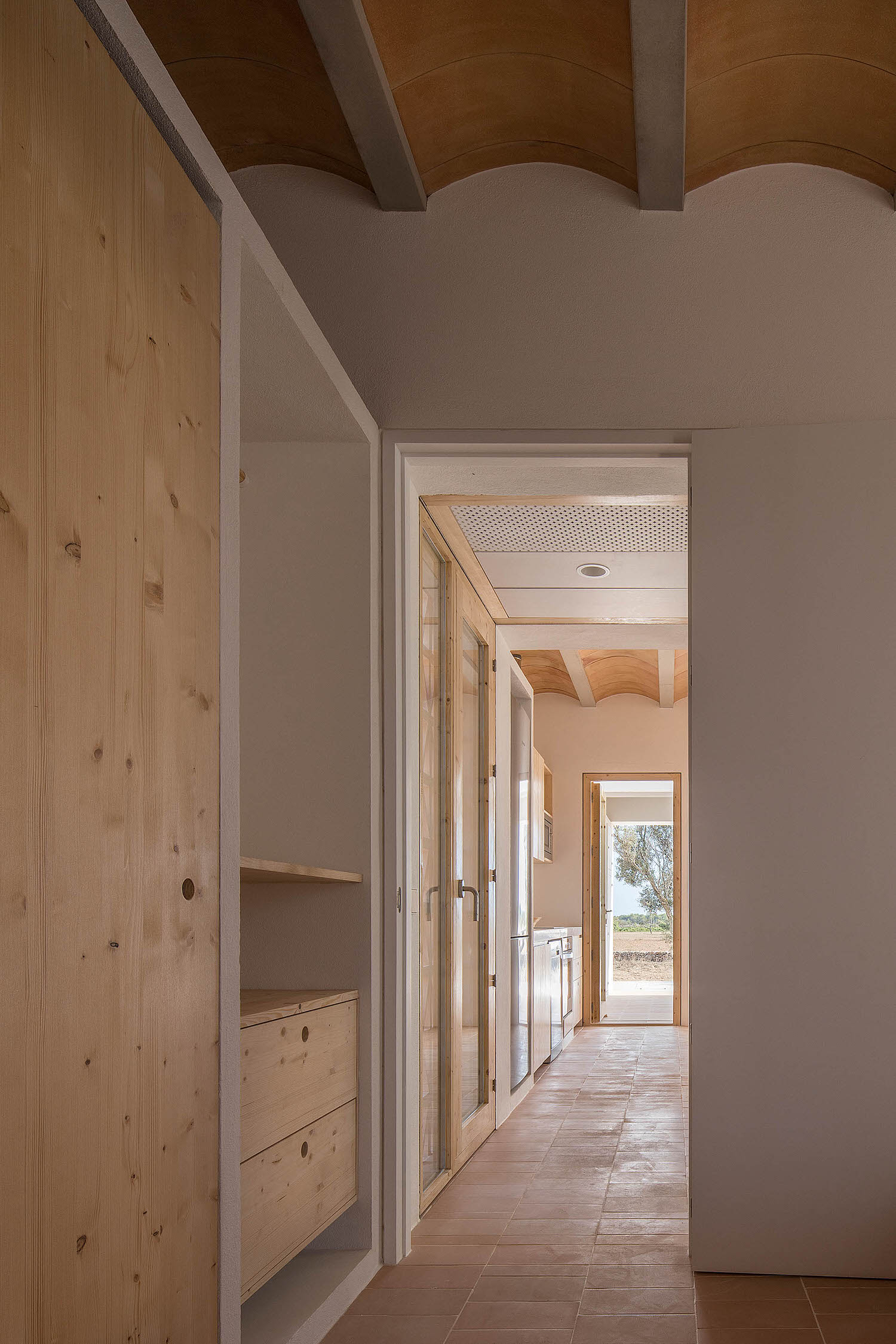 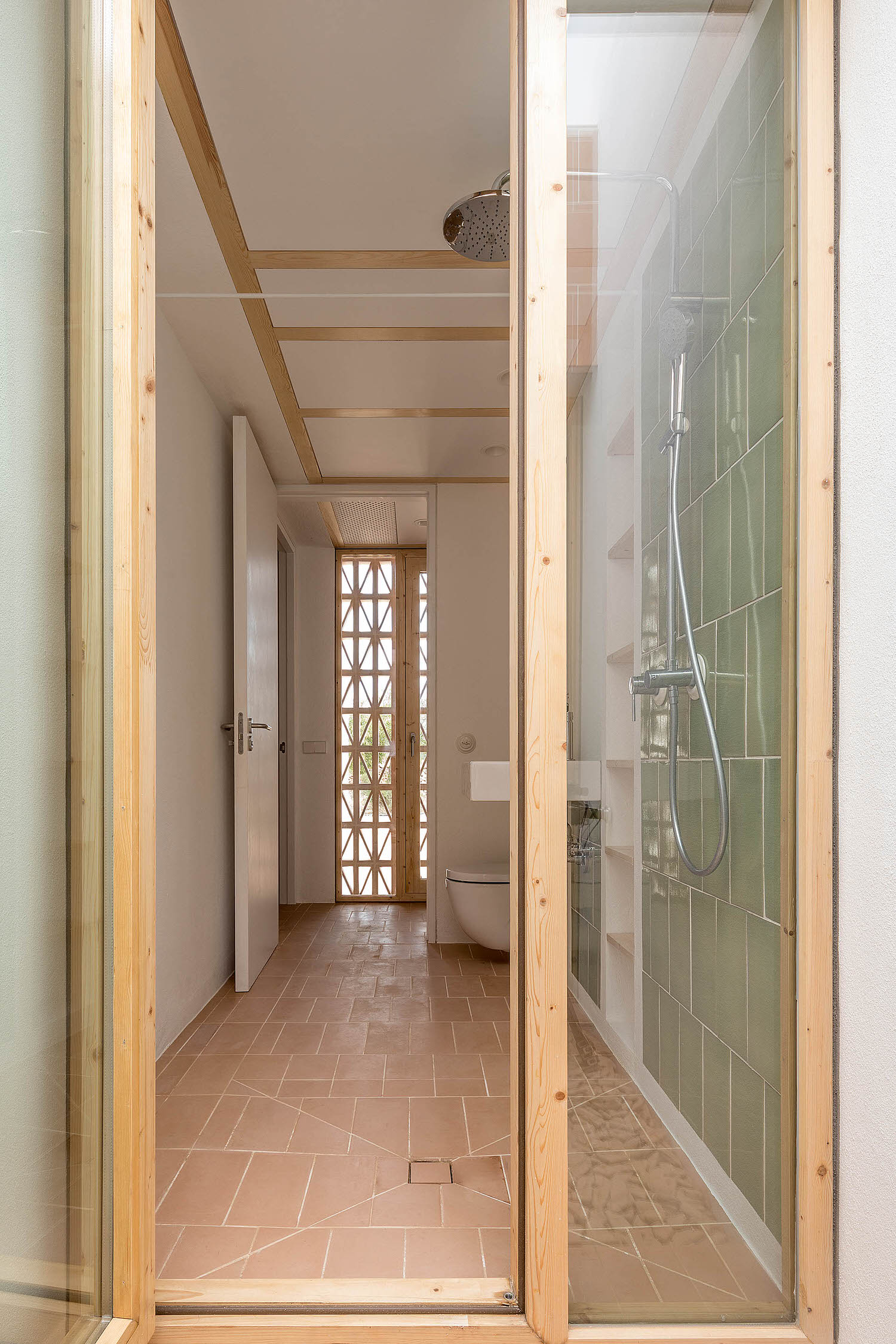 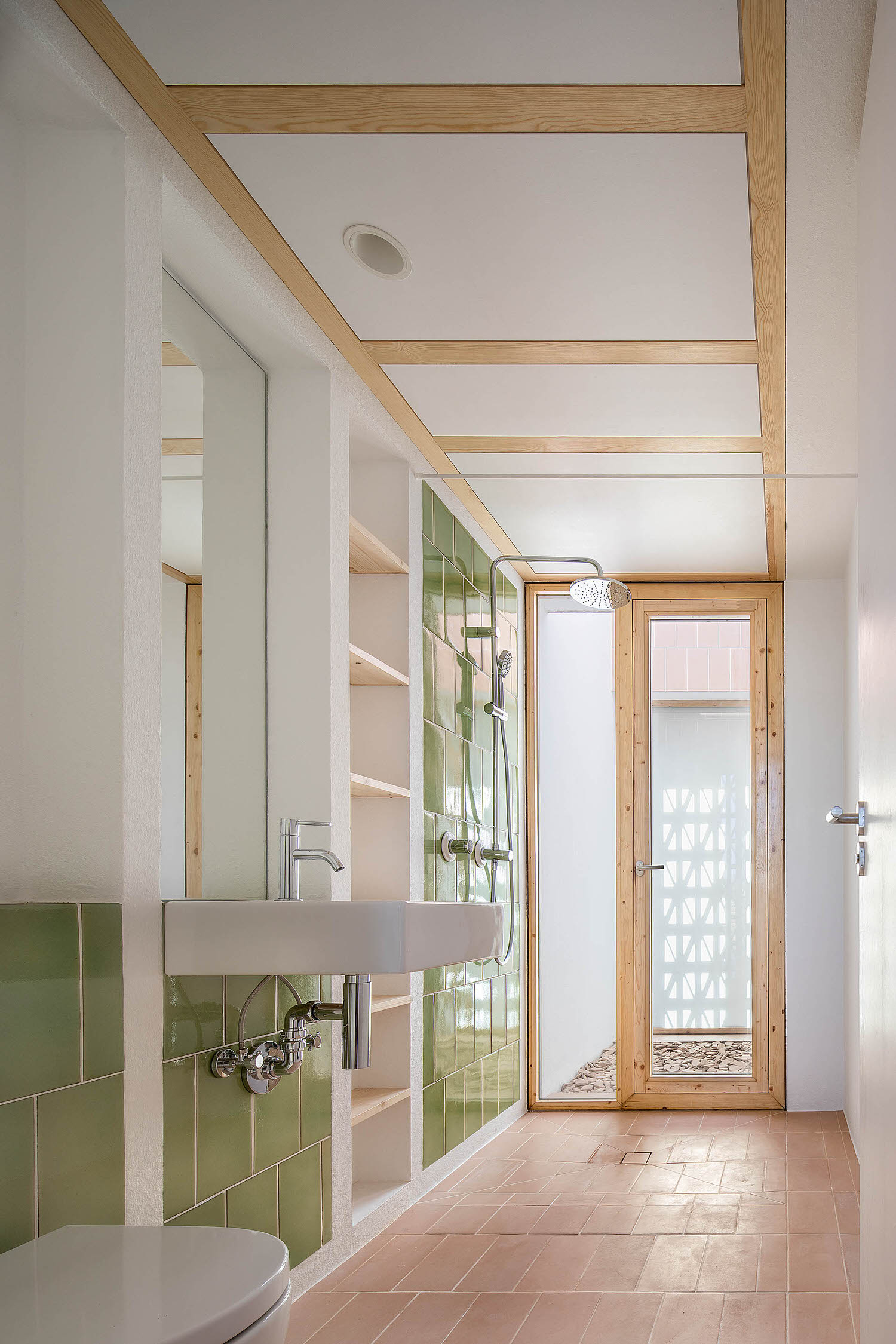 Es Pou is built of three rectilinear rendered concrete volumes interconnected by thin transitional gaps. These simple volumes are orientated in favour of the sunlight. Starting at the far north, the first volume is occupied by two bedrooms with another entrance to the outdoors. The middle, connected by a bathroom with its private garden is a spacious living room with kitchen and storage pushed to the edges. The third space extends into a luxurious alfresco-like patio looking towards the horizons and paved-platform garden – simultaneously serving as additional cooling and shade during the hotter seasons.

Such simplicity really is masking the complexities within the architectural structure. A family home that prides on being self-sufficient also prides on the strategic use of materials in collaboration with the site which allows for a poetic disguise of services and storage. A cistern for ample water supply and a solarium for the cooler months, all crafted to be well integrated into the architecture. 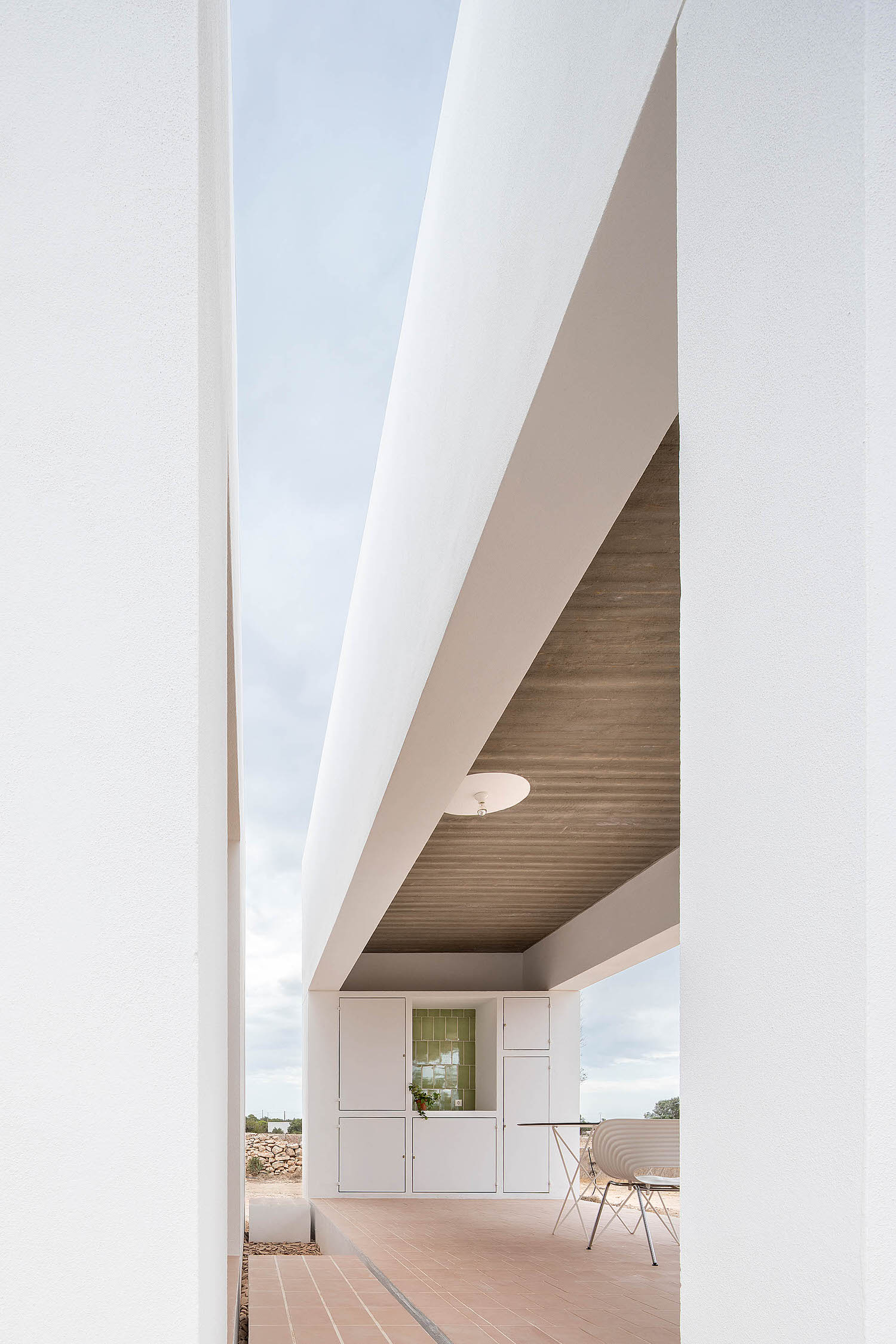 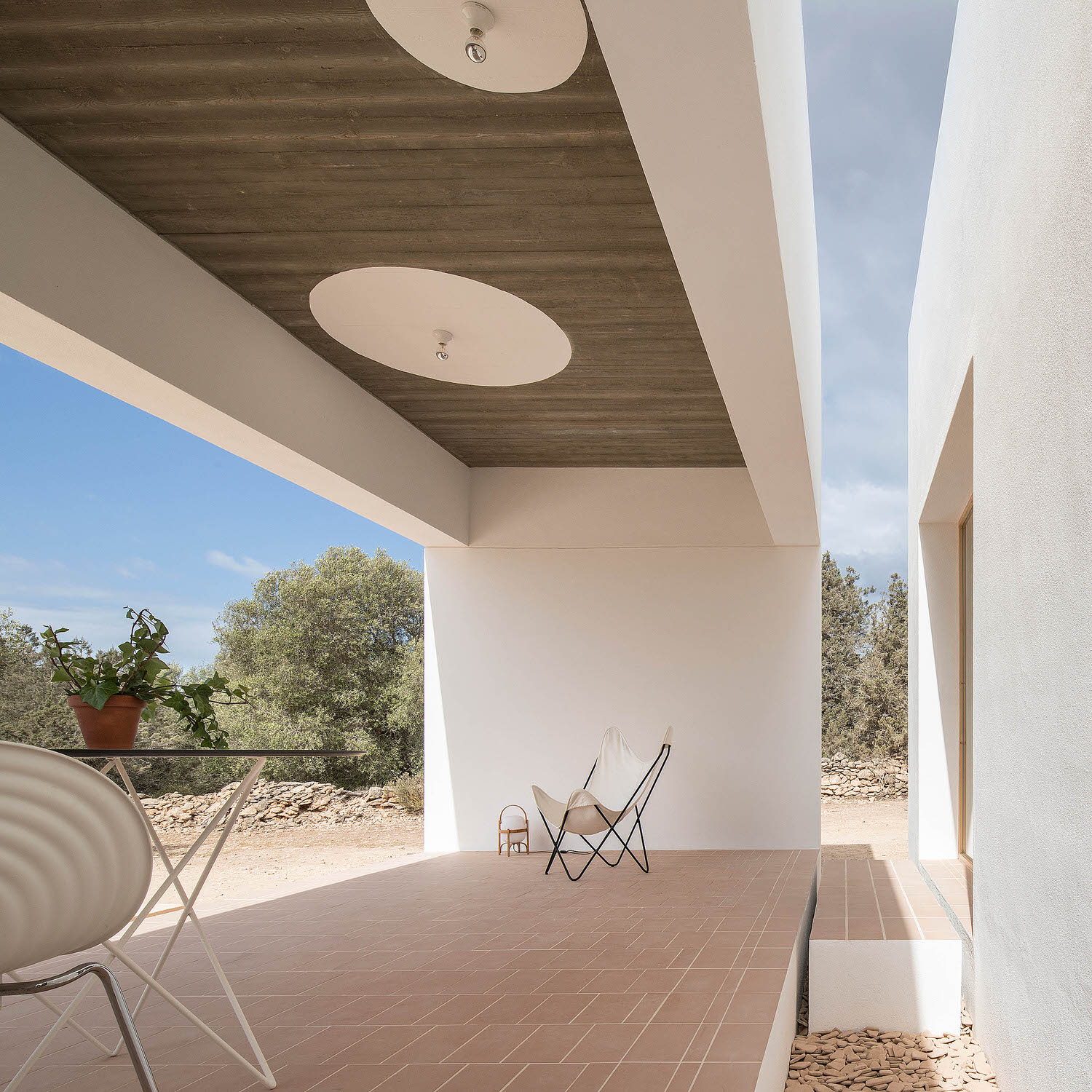 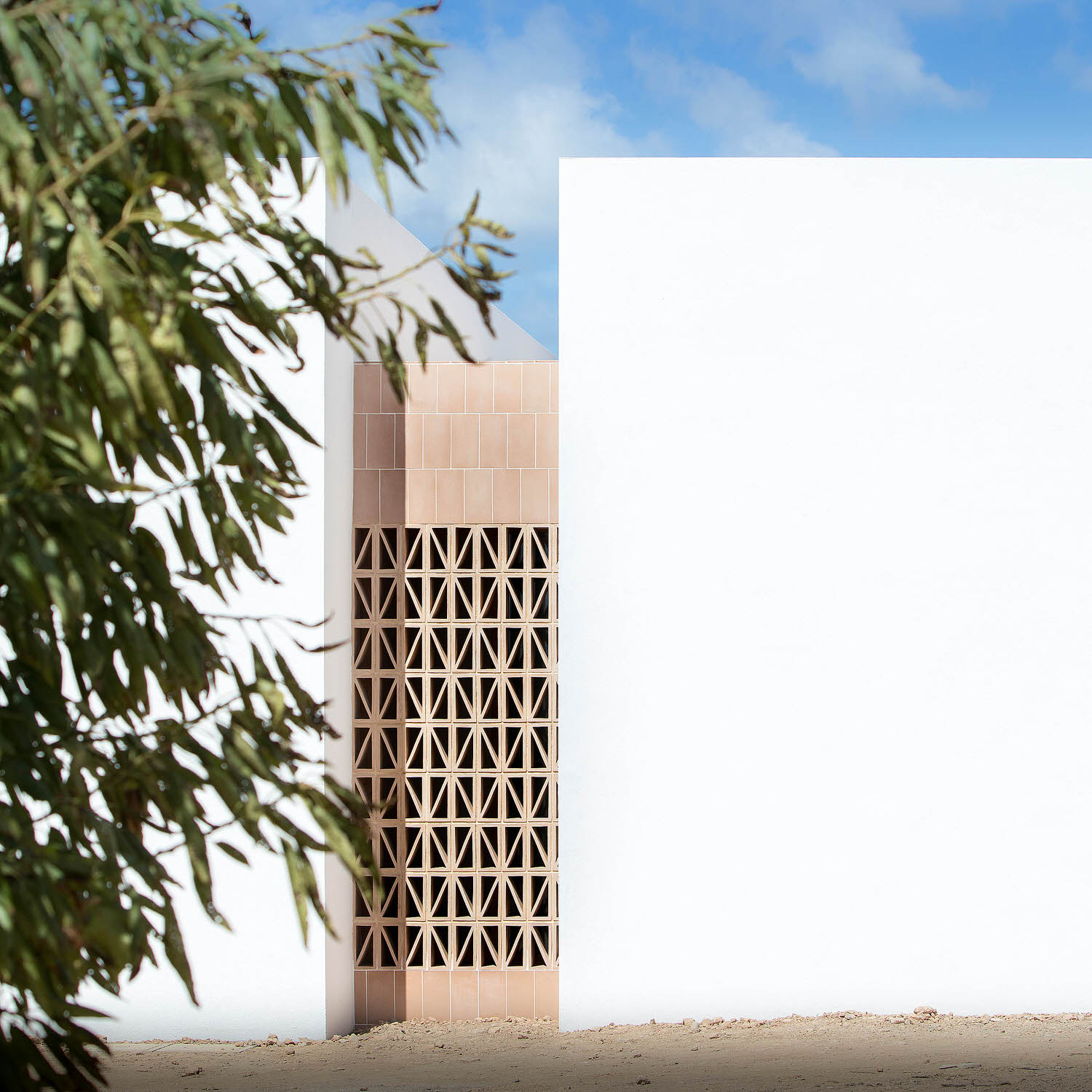 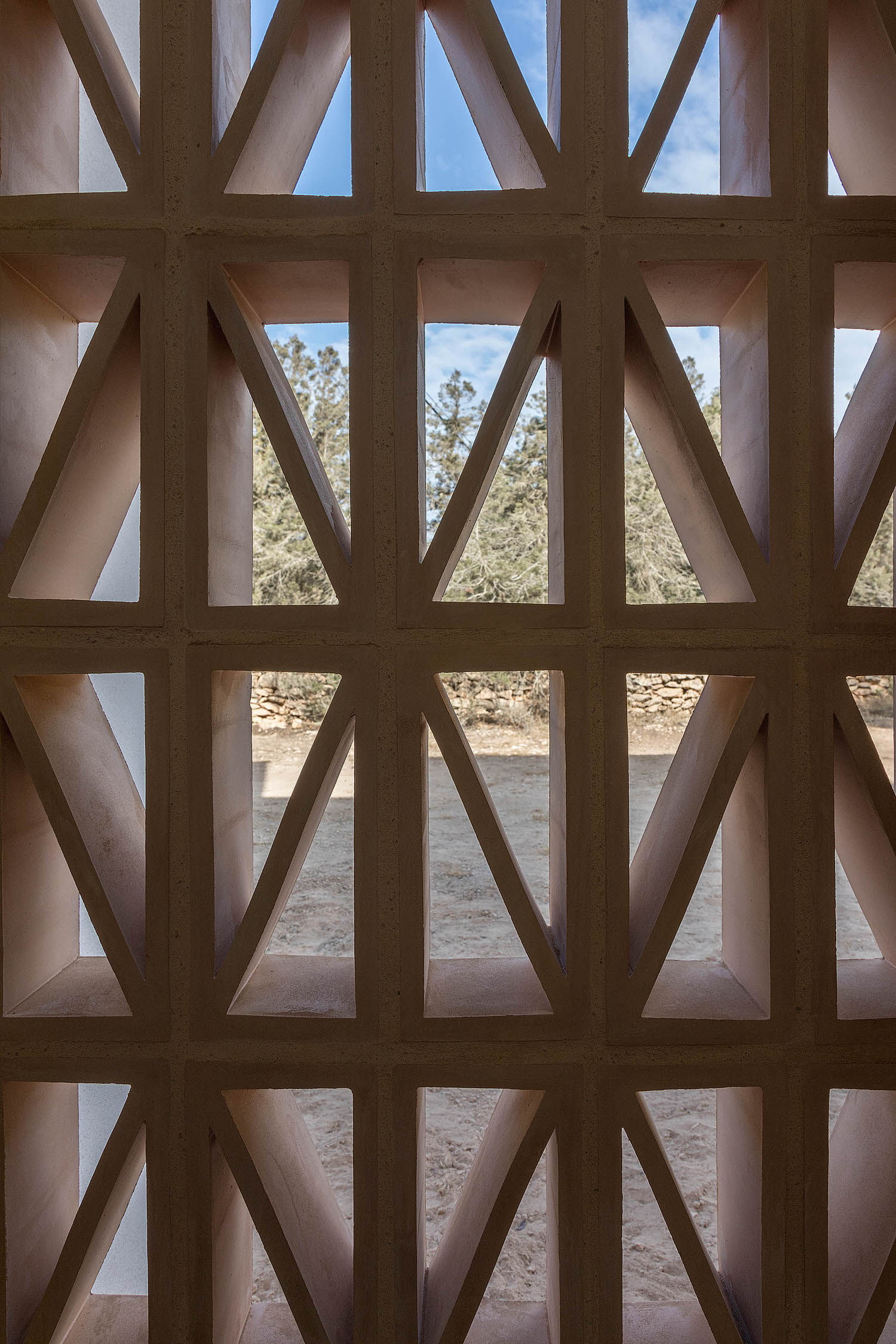 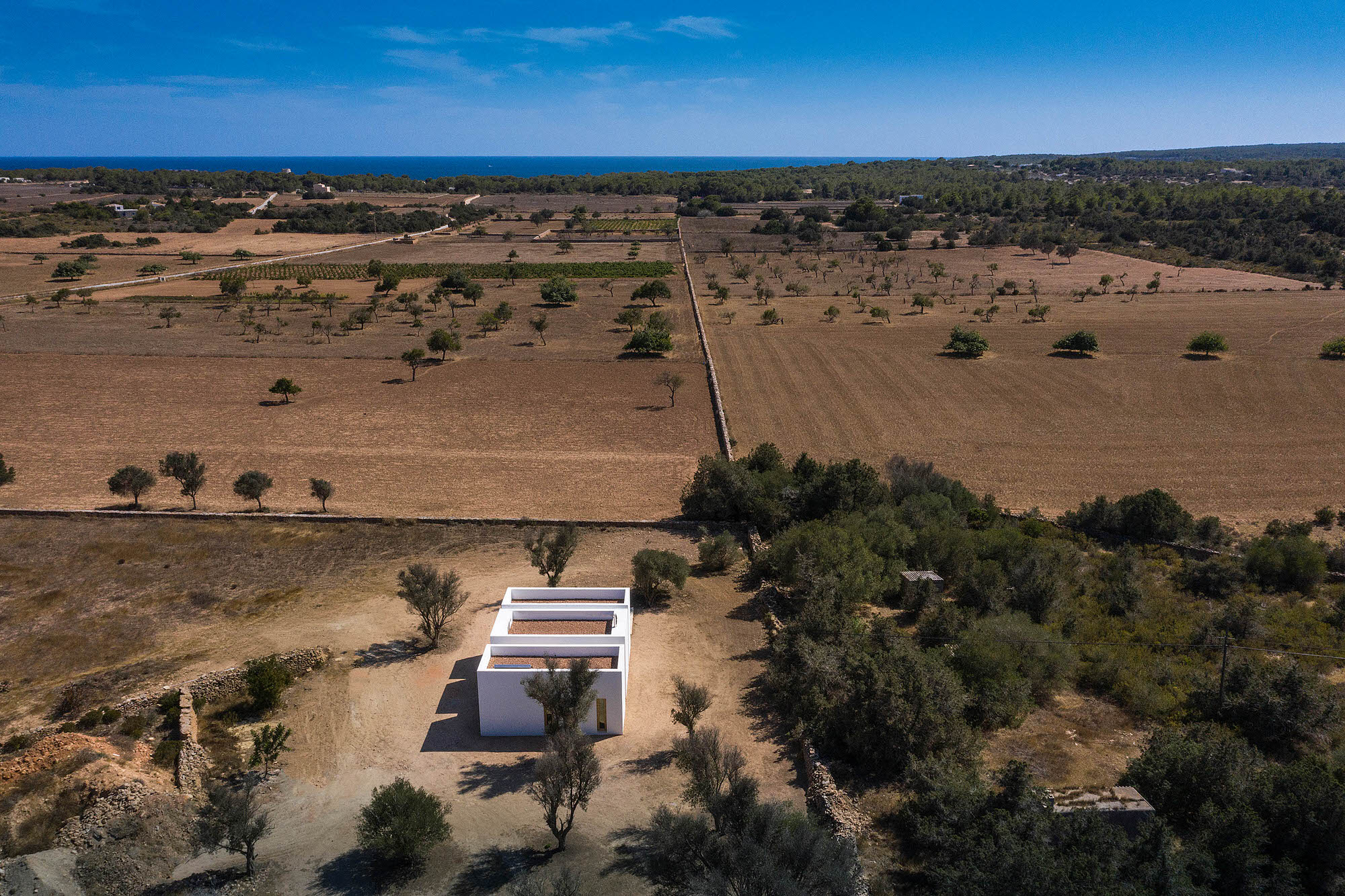 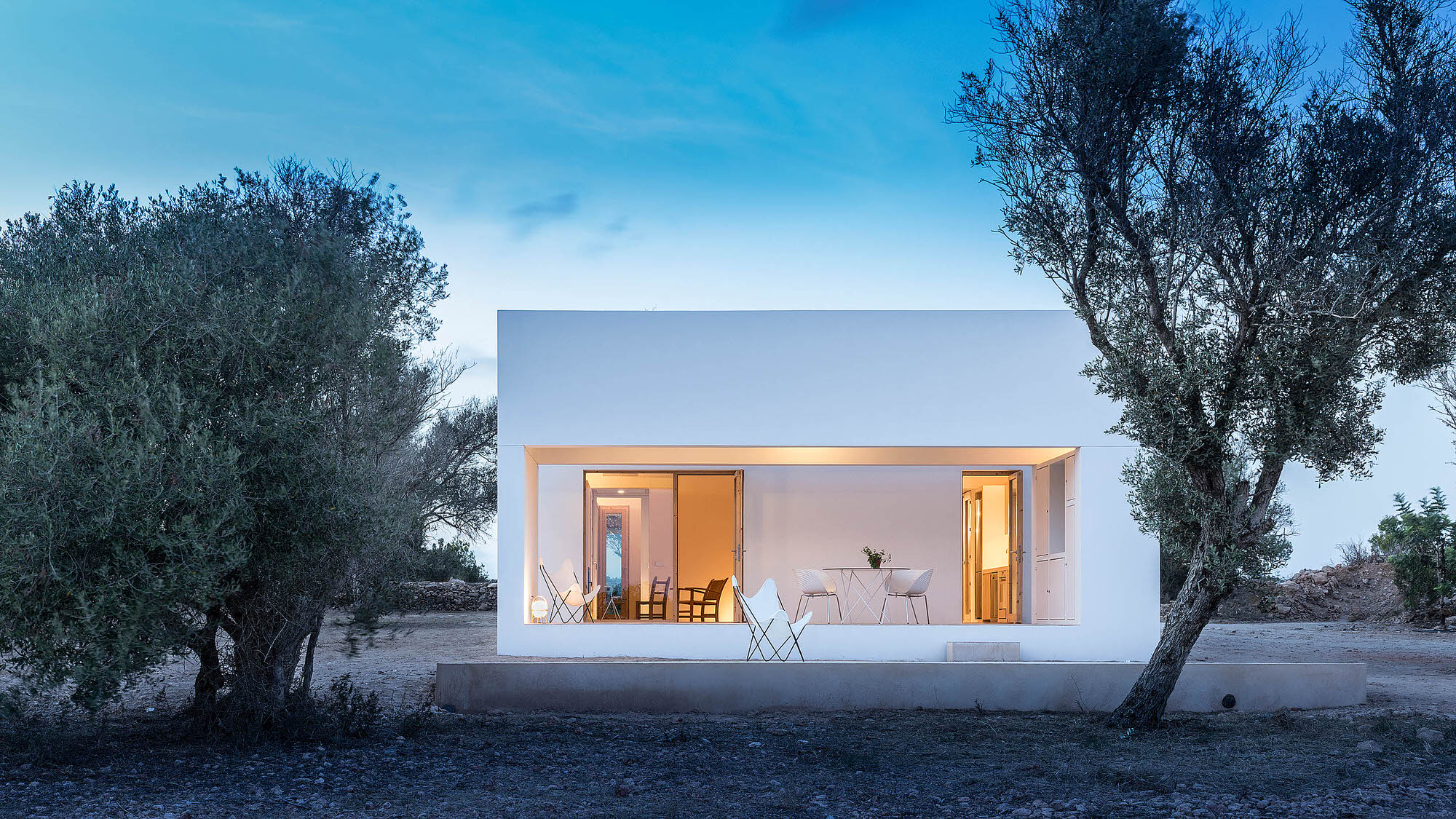 Taking the language of , Es Pou’s material palette feels like an imprint from the hot summer landscape. White concrete walls are complimented by almond-oat-coloured ceramics and custom joinery, and furniture pieces from the studio’s D12 collection. Curved ceramic tiles accent the scallop patterned ceiling that smoothly connects with the soft coloured timber window and door frames. Running parallel to the ceiling are neutral peach-coloured tiles which bring forth the 1934 Torres Clave armchair to focus. Keeping the interior interesting are the shadow patterns of ceramic latticework stitched between the transitional spaces, and spritely spring green tiles offer a rainforest paradise in the bathrooms.

From the lessons gathered from Castello’s Fragments Series, it can be said these ephemeral qualities have been through a life-size transformation. Pattern play sculpted by clever positioning of the window openings and ceramic pieces as seen in the unique bed frame with built-in fixtures and the architecture studio’s specially crafted light fixtures and formwork – Es Pou resembles a ceramicists’ hands that have gracefully articulated the ambience.