Herons of Amsterdam: A Photo Series Reveals the Unusually Large Population Living in the Dutch Capital 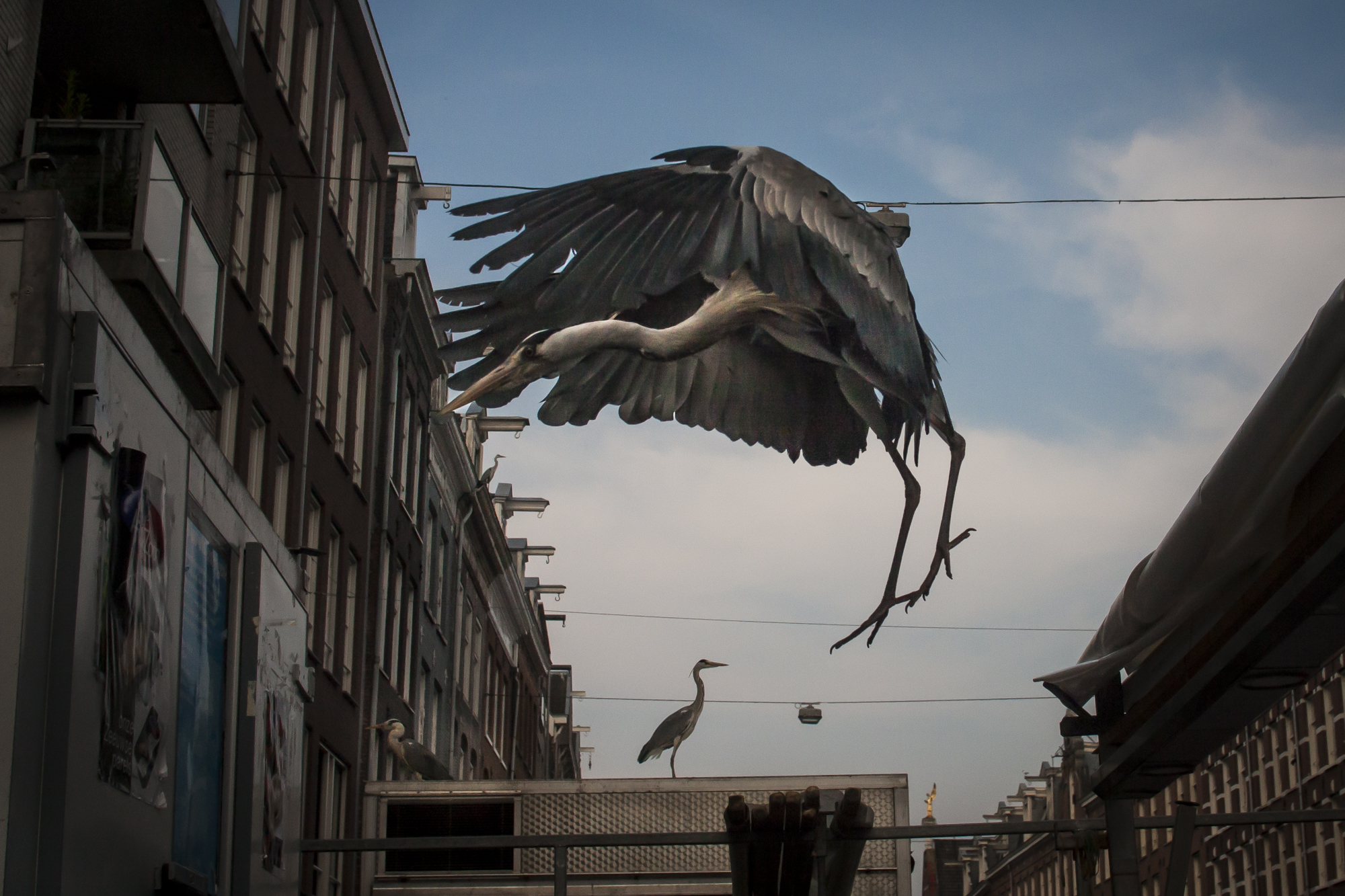 Spending timing in any major city is likely to bring run-ins with urban wildlife like rodents and pigeons, but in Amsterdam, there’s one long-legged species stalking the streets in unusually large numbers. In her ongoing series , photographer documents the thriving feathered population—it’s grown considerably in recent decades, and in 2017, officials estimated there were living in 25 neighborhoods—swooping down to sidewalks for a meal and confidently strutting into people’s homes.

Often nesting in park trees, the now-ubiquitous birds are known to scour fish markets at close to scavenge the day’s unsold product and visit the zoo at feeding time. They’ve integrated themselves so wholly into the lives of the city’s human inhabitants that it’s not uncommon for residents to supply food and respite to the striped creatures. “They have names for them, like Kiri the heron, who comes by every day for a snack and is not scared to enter the house,” the Prague-born photographer says. “At times he stays for a while and watches TV.”

Last year, Hrudová released compiling many of the images shown here, and she’s currently working on a new book titled that will be filled with the street photos she takes on a weekly basis. You can follow her sightings around the Dutch capital on , and check out her curated account for a survey of the recurring themes photographers document around the world. (via )