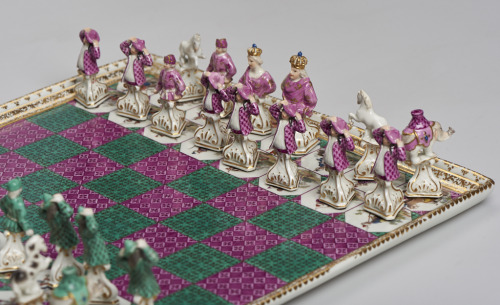 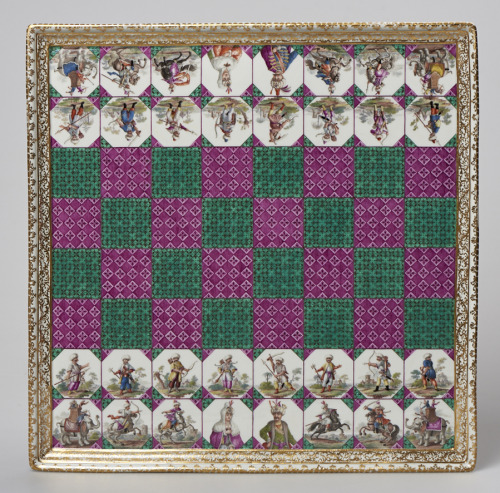 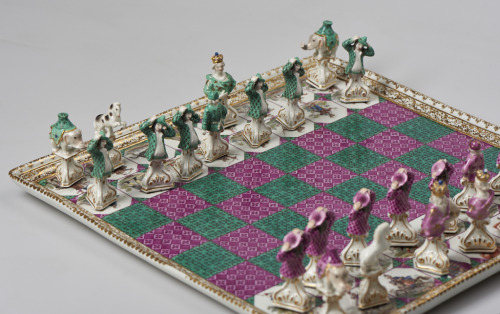 The predecessor of modern chess was probably chaturanga, a game which developed in India around 500 AD. The game came to Europe via the Arabs, and by the 18th century it had become one of the most popular leisure pastimes at court. The squares of the Meissen chess board are painted purple and green with tiny square grids, and its edge is lavishly gilded. The figures, distinctive small sculptures by Johann Joachim Kändler (1706–1775), wear the clothes of European courts at that time. The pawns hold their hats on their heads with both hands, the rook is a battle elephant, the knight a rearing horse, the queen an elegant, crowned lady, and the king wears armour. Via