Designers are often called upon to reimagine and reinterpret popular design trends, creating blueprints for the future from foundations based in history. This is especially true of architecture, as the profession itself often demands the tearing down of the old to make rise for the shiny and new. But conservation is also a virtue — especially when a project has both historical and cultural significance. In these instances, it takes an especially imaginative designer to not only see the possibilities, but reinvigorate the energy of the past while creating a vision for the future. 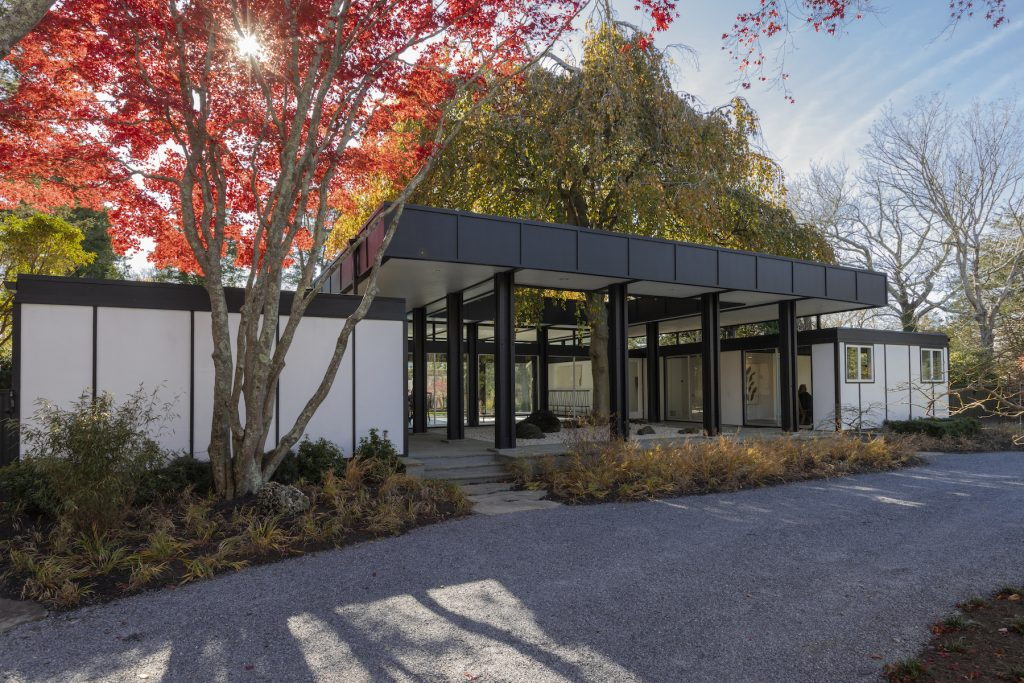 Designer and collector Lisa Perry takes up that mantle with her restoration of the iconic Scull House in the Hamptons. Originally designed by architect and urban planner Paul Lester Wiener, the Scull House was designed in the early 1960s for collectors Ethel and Robert Scull. It’s a modernist’s dream dominated by sharp lines, stark aesthetics, and plenty of glass — a Wiener signature seen in many of his glass pavilions of the era (many of which were also built in the Hamptons). 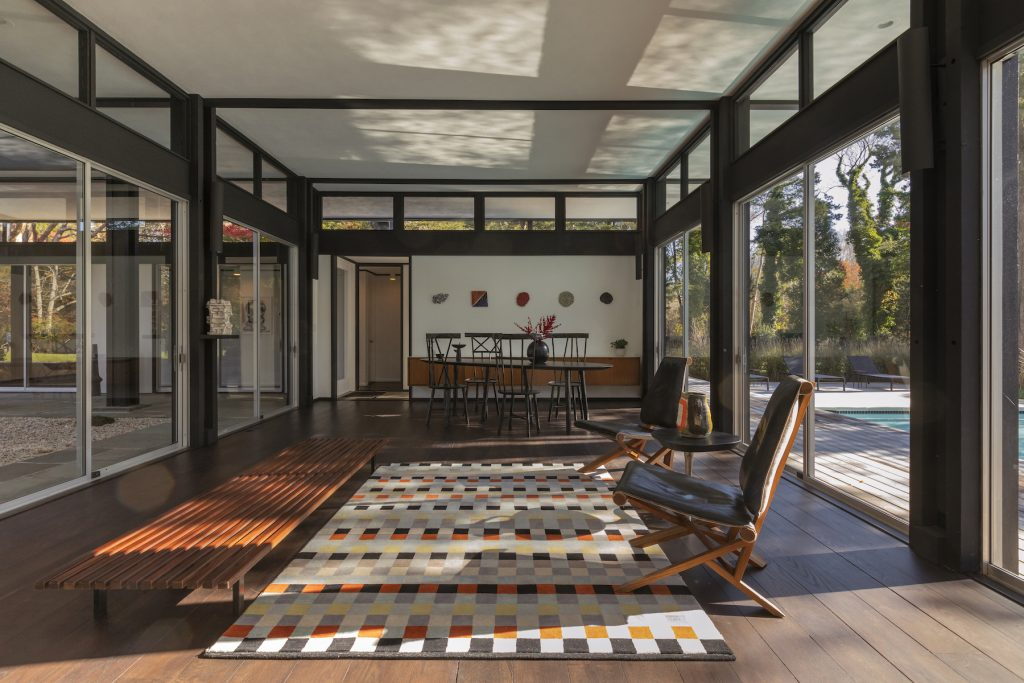 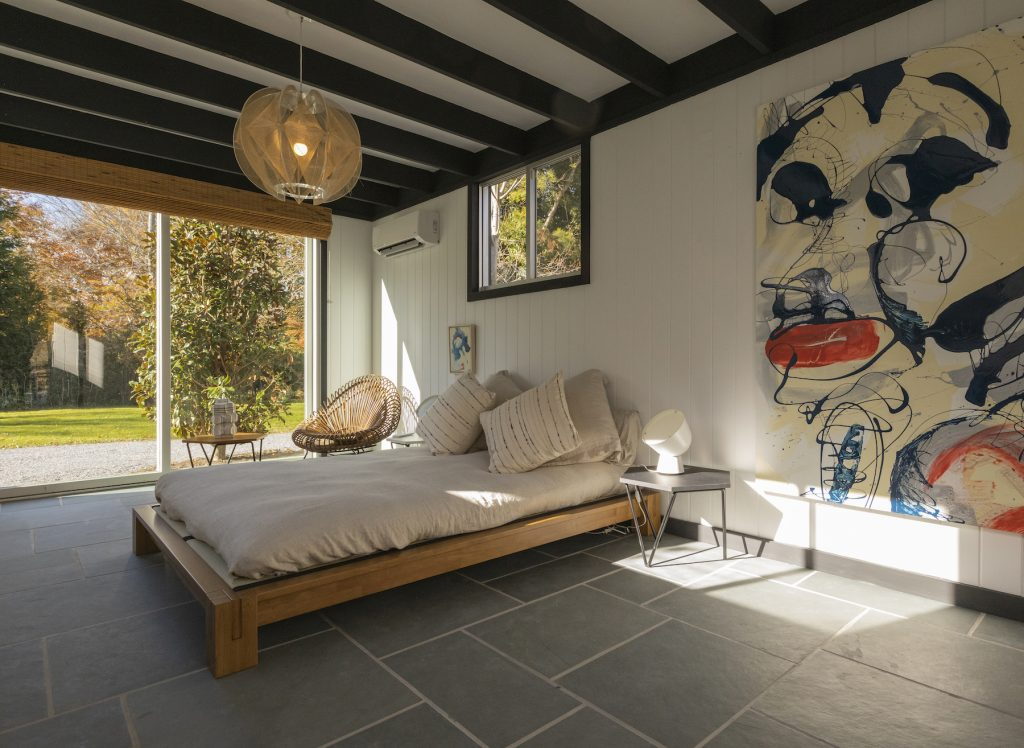 Wiener himself had a strong connection to the Hamptons, summering there often before his death in 1967. It’s this history that inspired Perry to take the plunge after seeing the home on Instagram, along with with the fact that “it made me feel like I was home,” as she explained in a recent interview with New York Magazine. 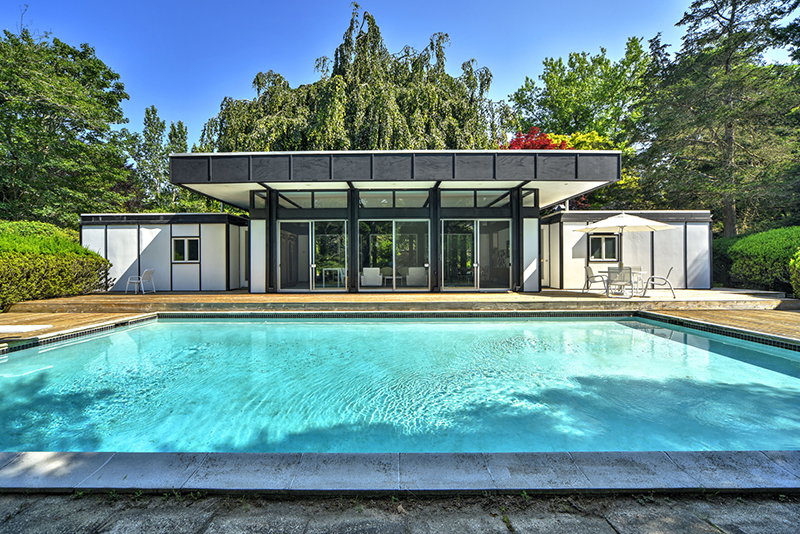 The home was in need of serious restoration, but Perry was definitely up for the challenge. “The qualities of the design, the provenance, and [the house’s] history” made it a worthy endeavor for the creative designer, who ultimately decided to keep much of the original structure intact while still incorporating her own updates for a hybrid of past and present that honors the original while creating a livable space for the future. 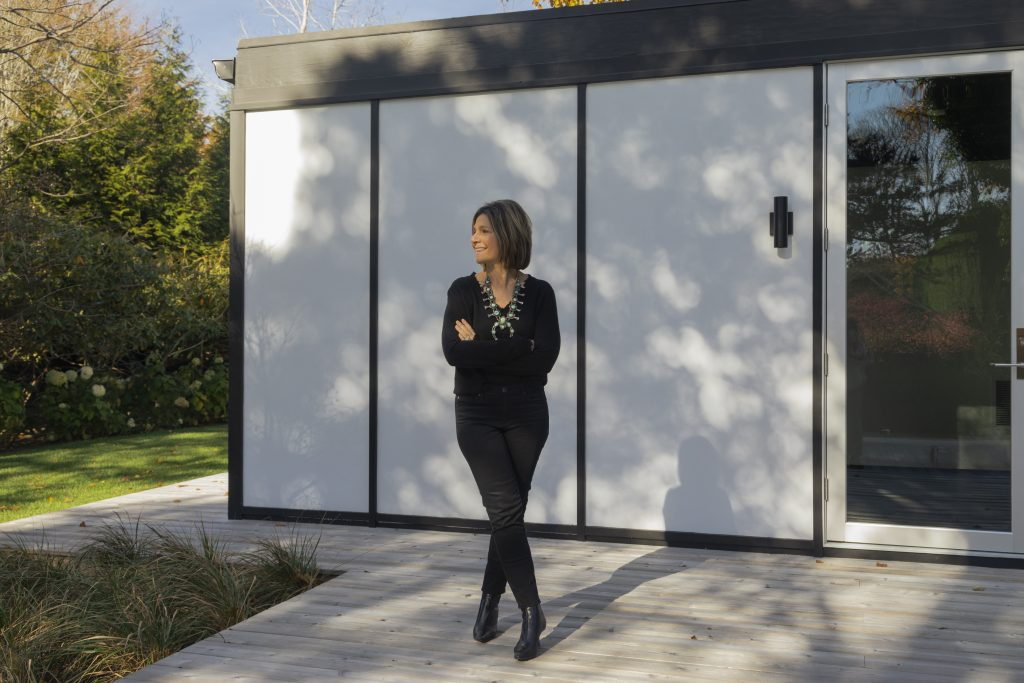 This is especially true of the home’s former laundry area and storage room, which Perry has converted into a gallery and artist-in-residency space for women creatives. Dubbed Onna House, the space is yet another way to connect the house to its past as a midcentury haven for Hamptons artists and creatives. Though the Hamptons art scene was a boys-only club in the 1950s and 1960s, Perry’s space is devoted exclusively to celebrating the work of women — women whose voices would not have been heard in the Scull House and Hamptons of the past. 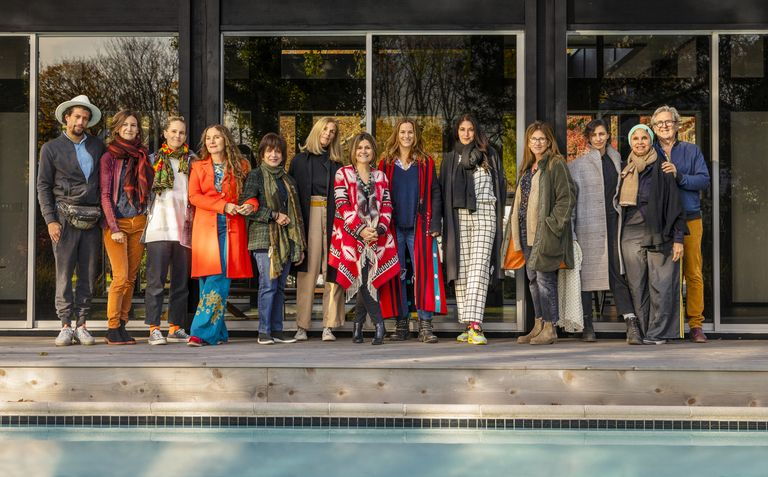 With her creative reimagining of the former Scull House in the Hamptons, designer and collector Lisa Perry has found a way to revitalize an important cultural space almost lost to the pages of history. By forging a connection to the past, she’s also found a way to build a better future by providing a space for women artists to flourish within a former modernist masterpiece that’s been given new life.