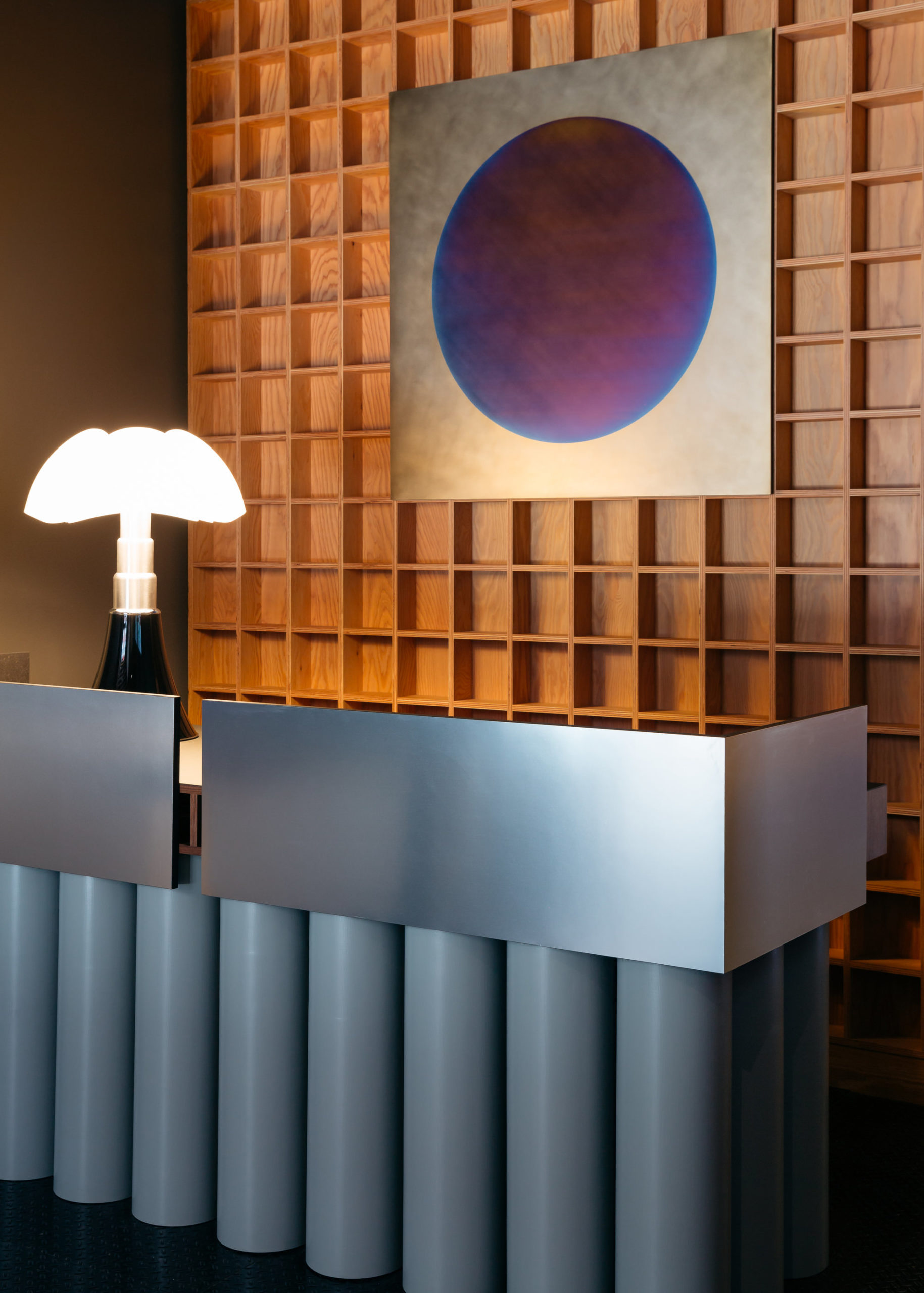 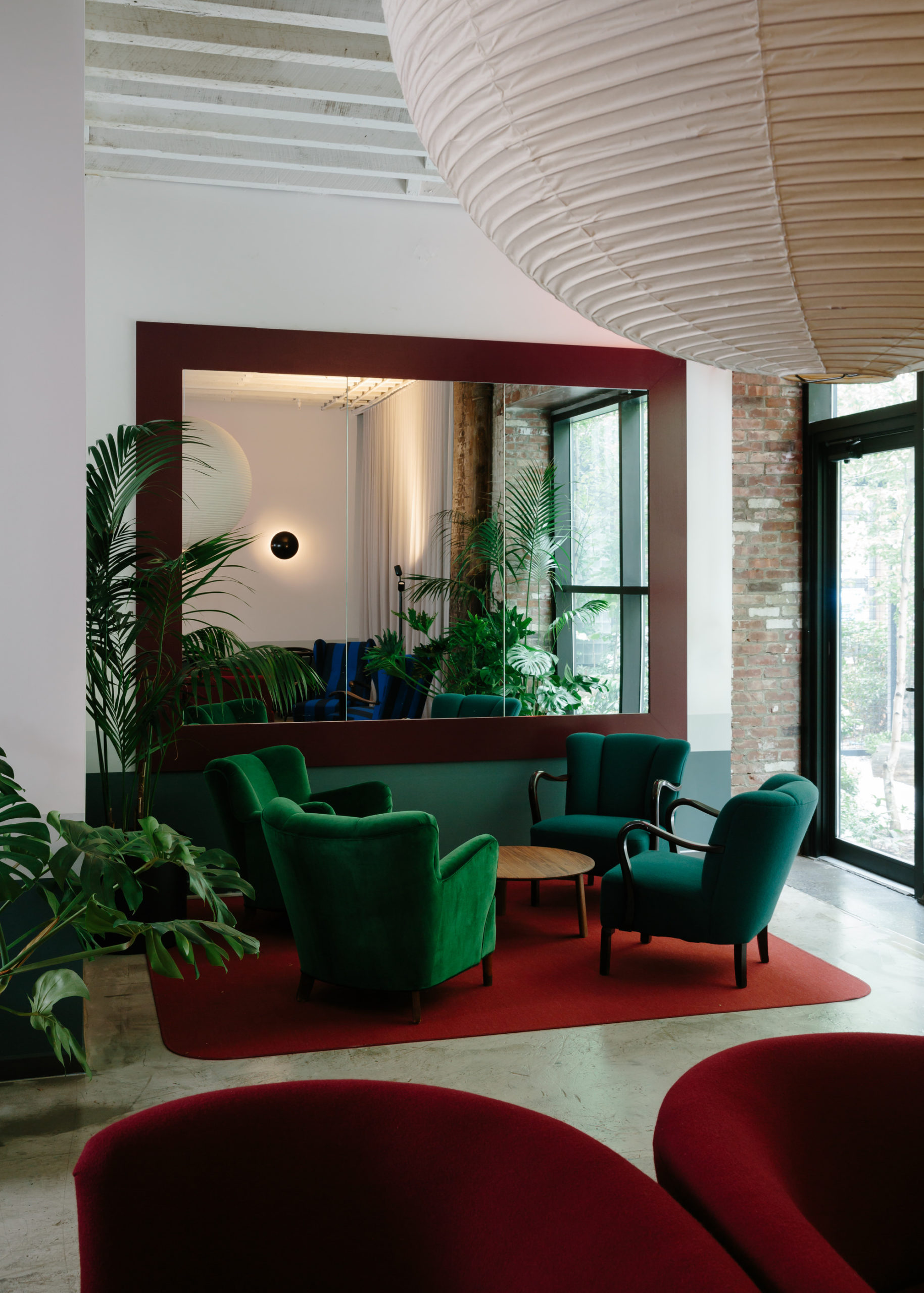 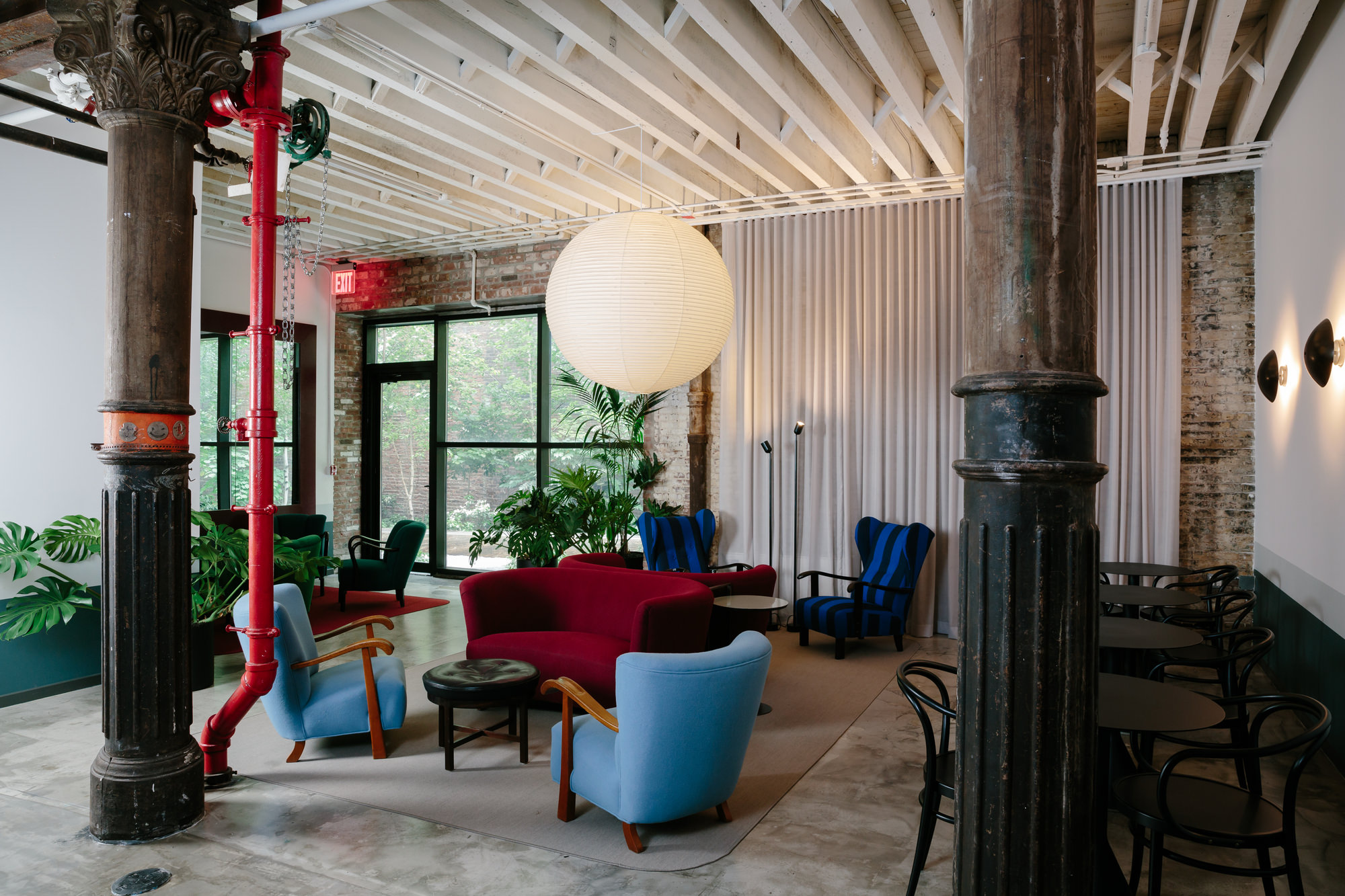 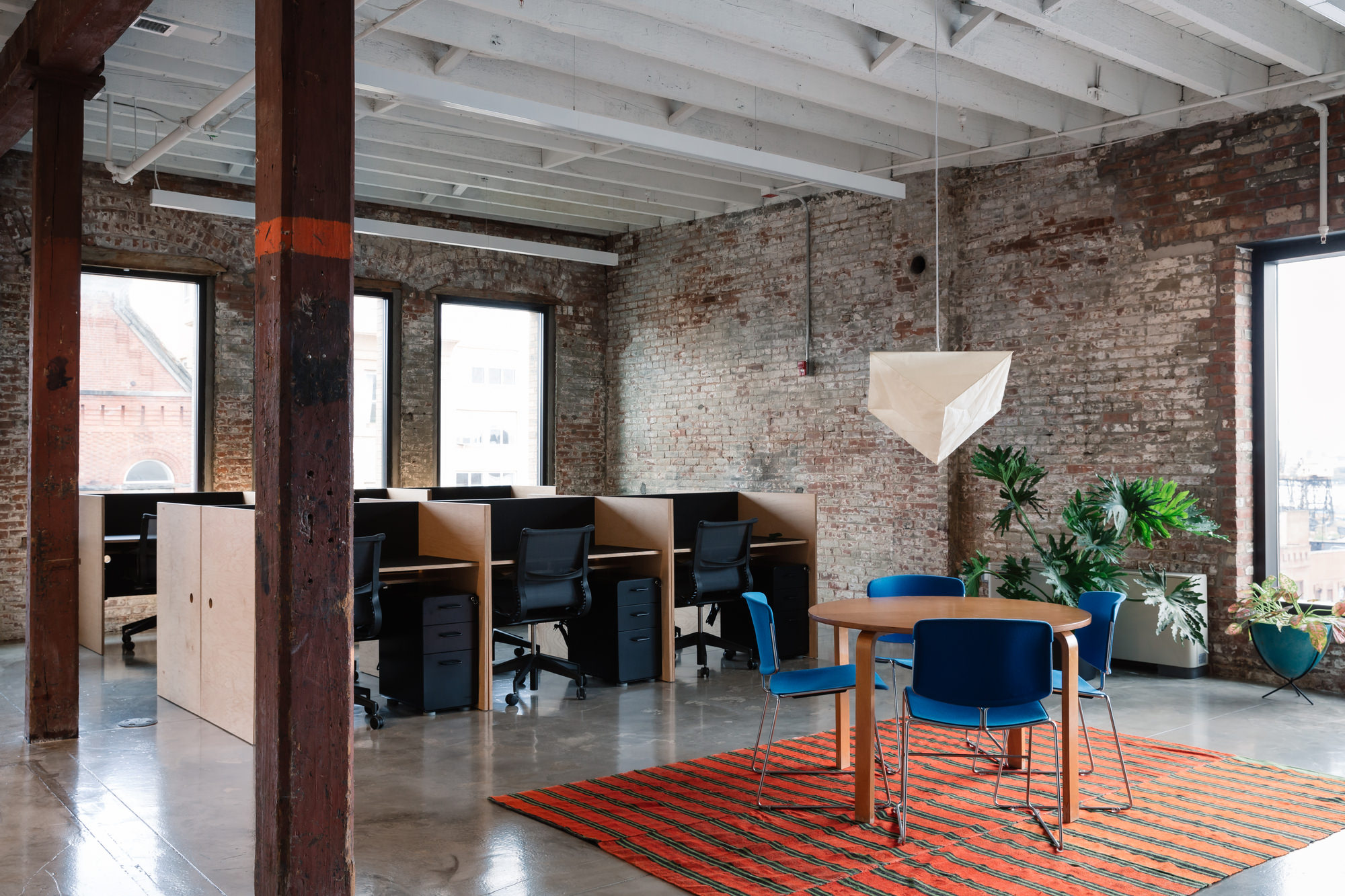 New York-based creative studio was engaged by to transform a 2,800 square-metre space near its Brooklyn Navy Yard Headquarters. Newlab and CIVILIVN collaborated to reimagine the interiors of a 1930s manufacturing building at 77 Washington Avenue into a designed to accommodate Newlab’s rapidly expanding community of experts and innovators.

The interior design of Newlab 77 Washington maintains the original industrial character of the manufacturing building while reinventing it as a contemporary space for innovation. Conference rooms bisect the open floors, creating distinct zones that remain flexible enough to accommodate company growth. A mix of individual workstations, informal breakout areas, and private conference rooms support both collaborative and focused, independent work. 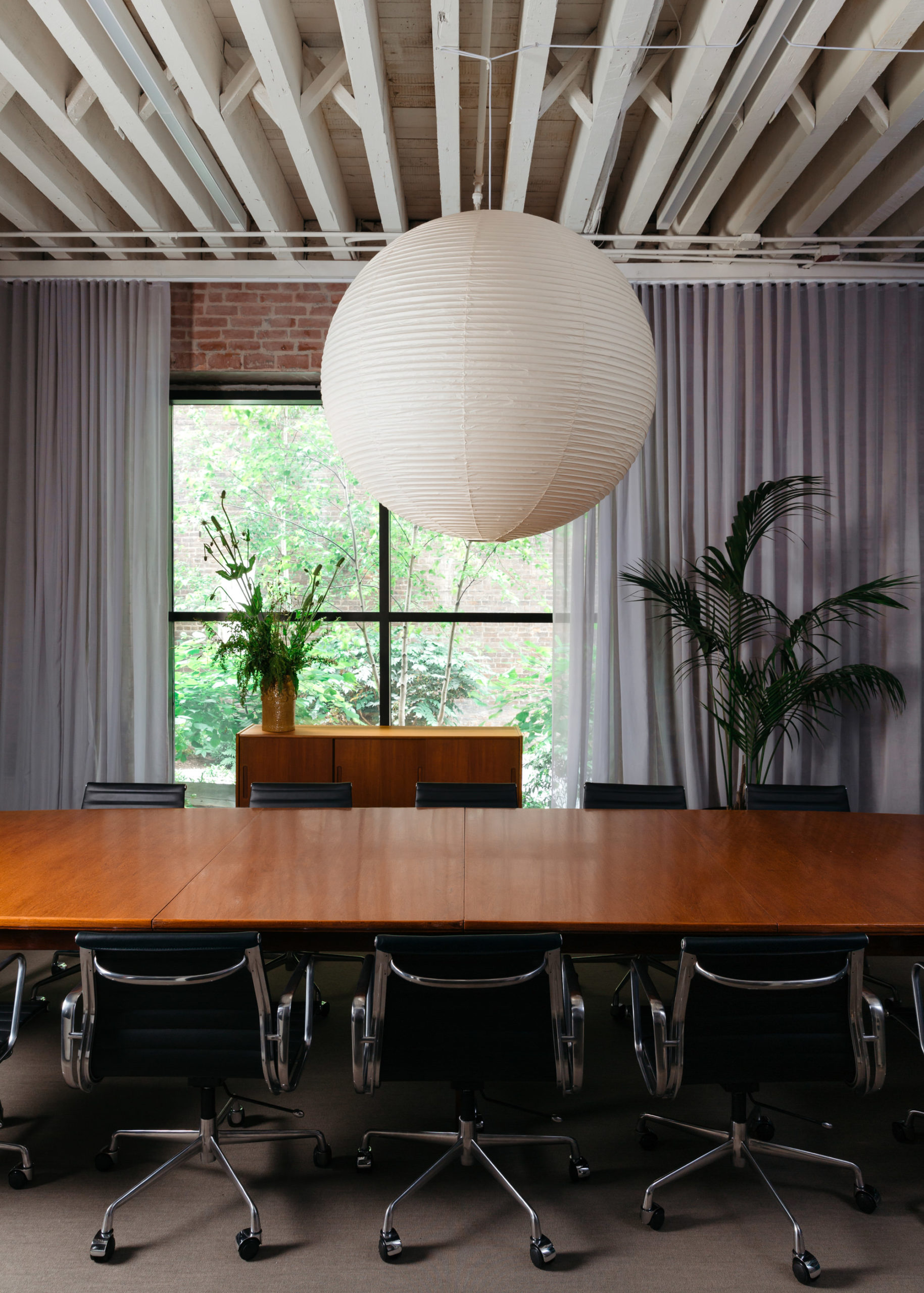 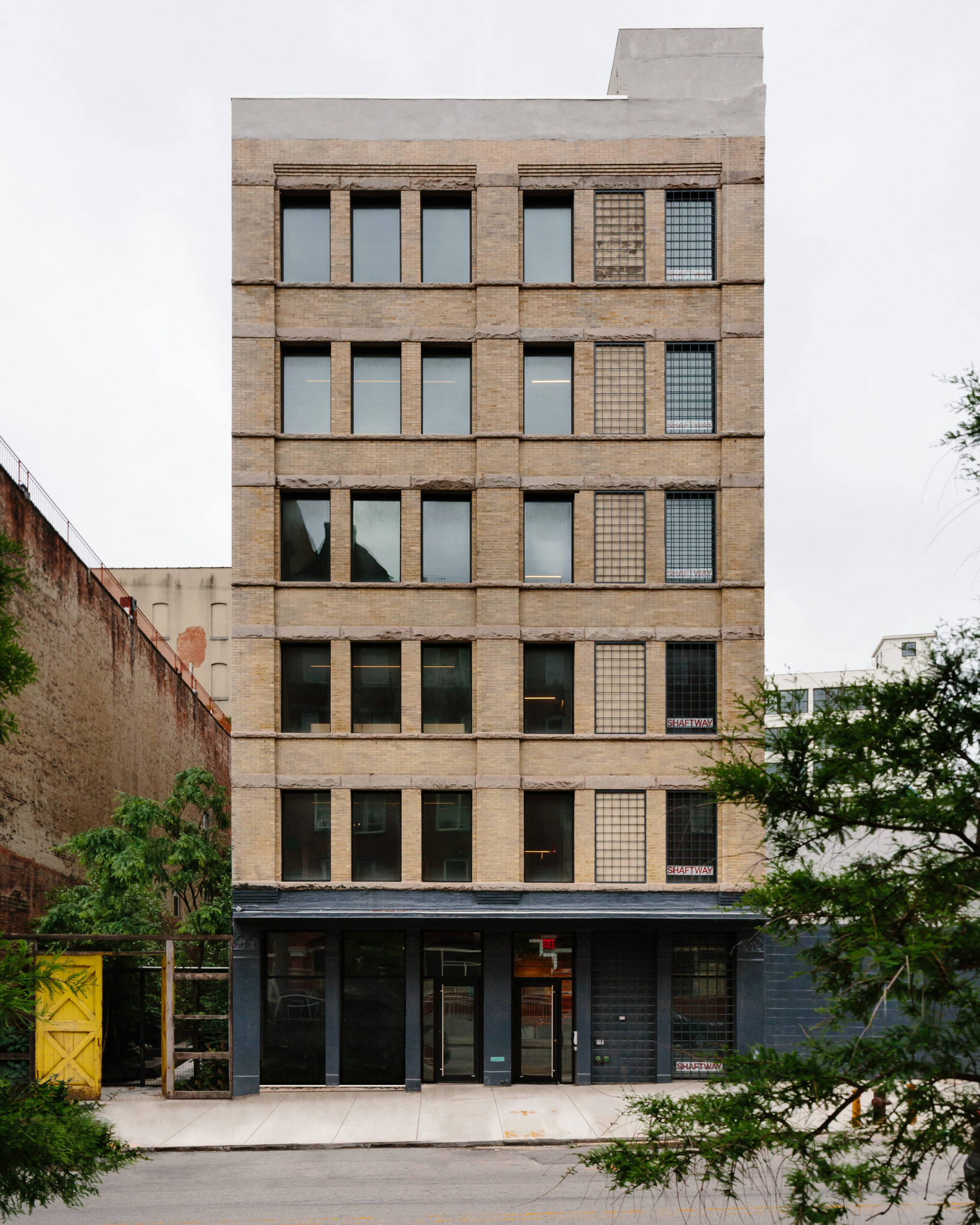 The design at the ground level invites the energy of the neighbourhood into the building, creating an environment where members can socialize and collaborate. Large windows screened by floor-to-ceiling window coverings soften the boundaries between the interiors and the outdoors areas, while the plan emphasizes the transitions between the lobby, lounge, conference area, and existing private garden, resulting in a procession of distinct areas that remain interconnected with one another. A custom-designed reception desk made of aluminium laminate mounted on painted plywood tubes offers a contemporary element set against the building’s original floors, masonry walls, and exposed ceiling girders.

For the furniture, CIVILIVN refinished Art Deco-era pieces with durable materials, including Kvadrat/Raf Simons fabrics, creating a distinctive space that can be seamlessly tailored to companies’ specific operational needs. The desk line can stand alone as individual workstations or be grouped into team pods that read as a single, built-in architectural element.