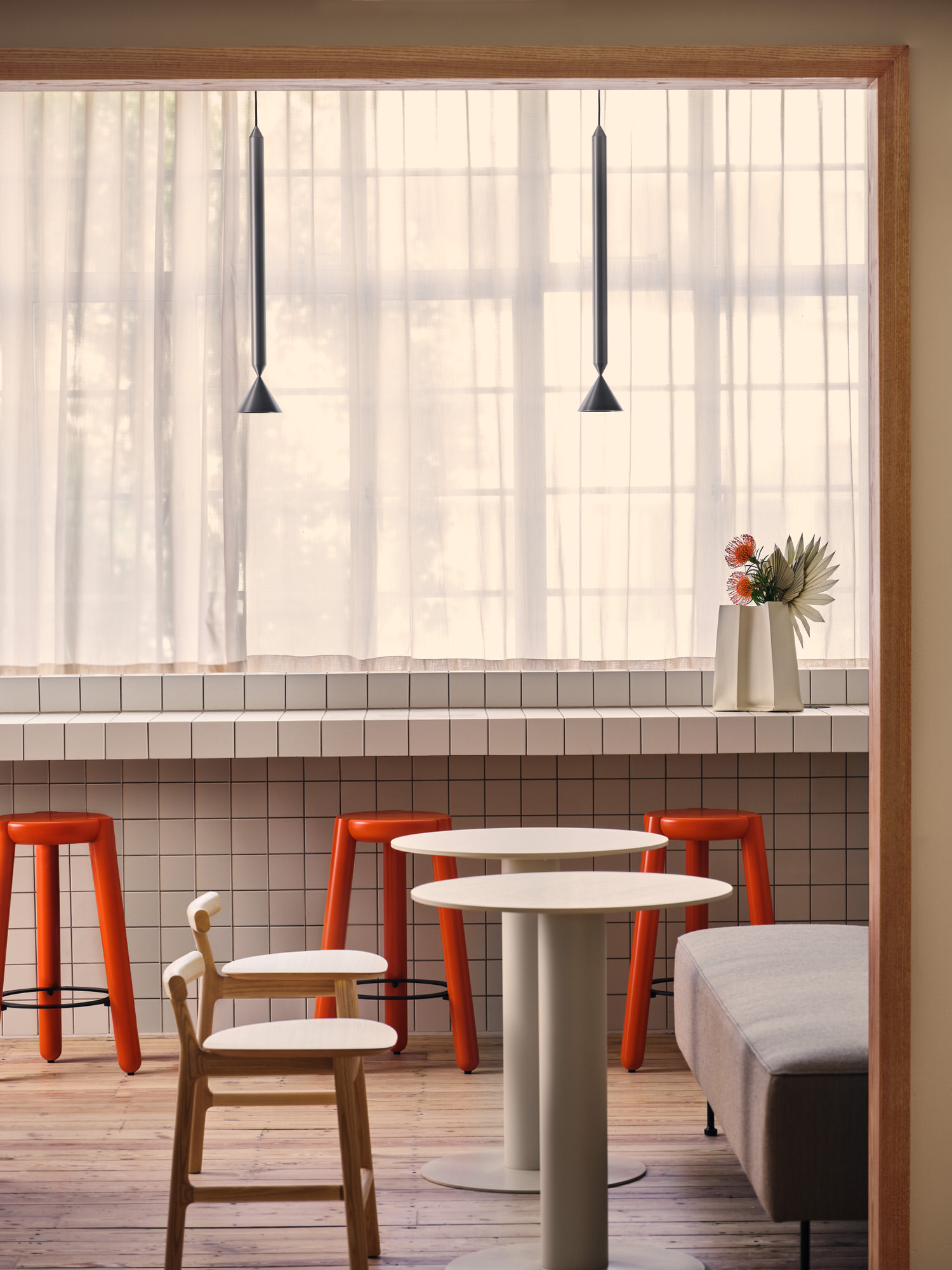 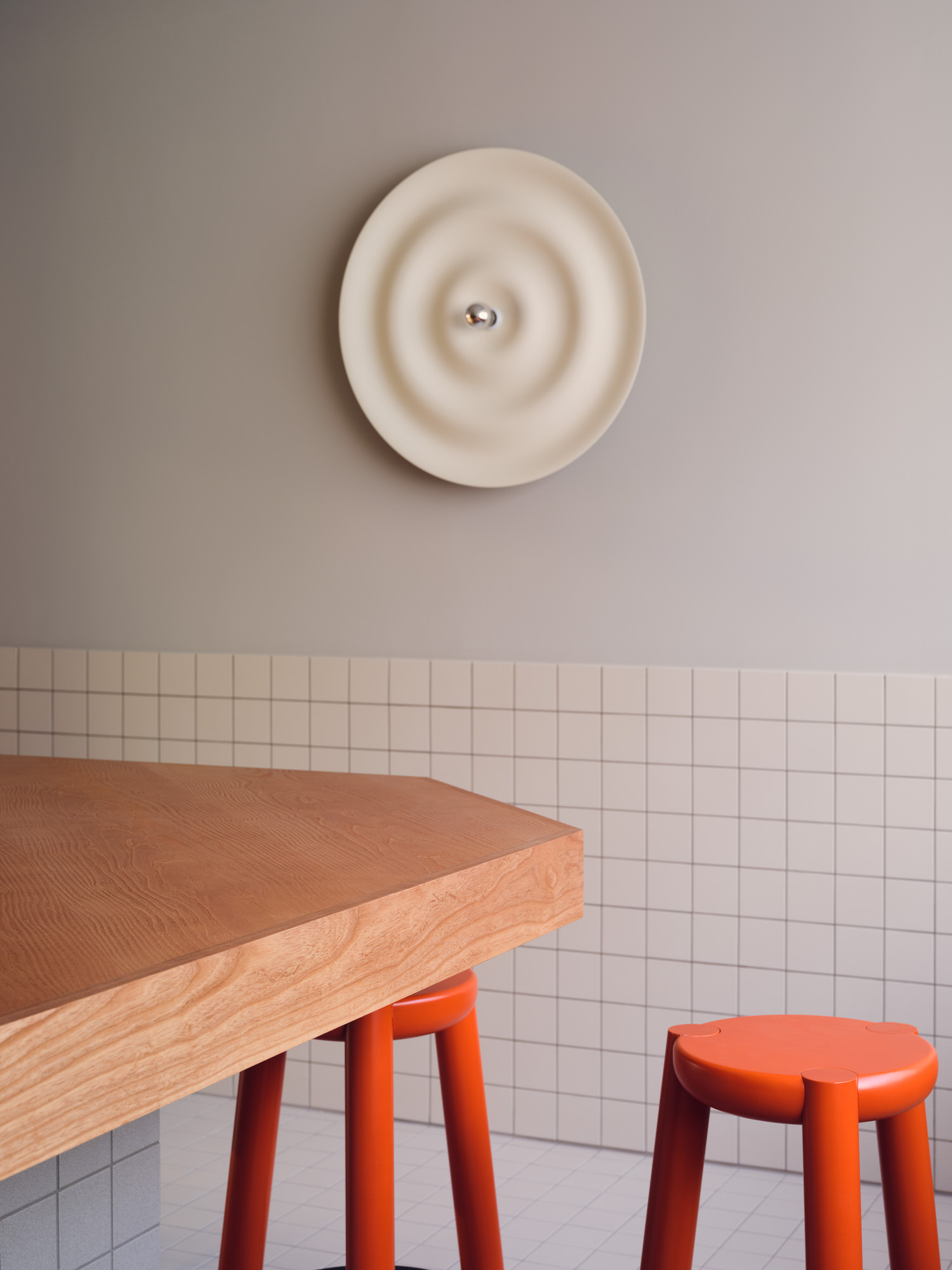 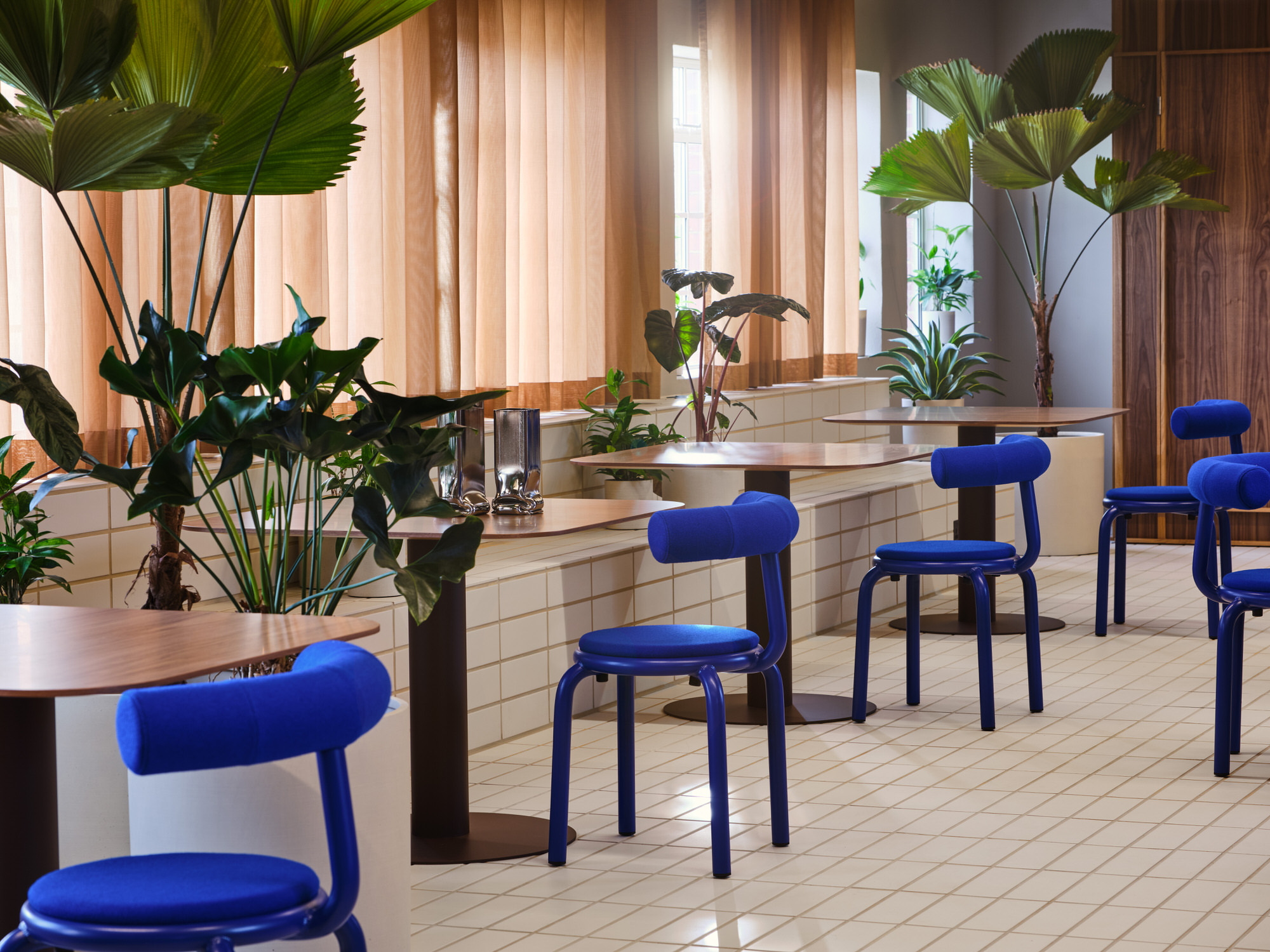 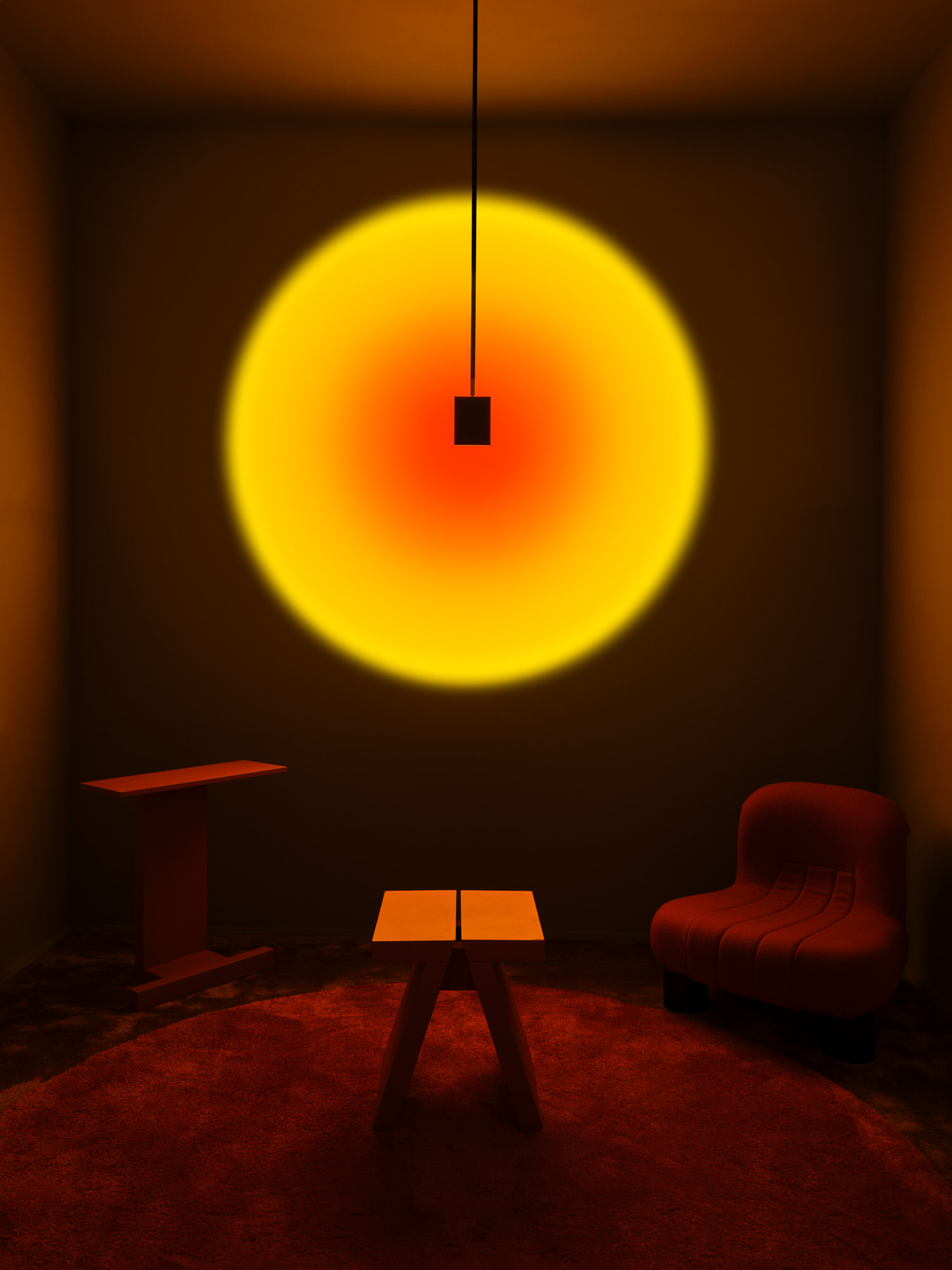 and TOG (The Office Group) have unveiled their vision for the office space of the future – expressed through their collaboration in reinventing Douglas House, a six-floor office building on London’s Great Titchfield Street. Setting out to create a workplace where people can feel stimulated by their environment and thus be truly productive, Note and TOG strived to fill every inch of Douglas House with personality.

The connection between our environments, our emotions and our productivity has become increasingly clear in recent years, and the awareness of this relationship has informed Note’s design concept for the project. In Douglas House, they aimed to deliver an element of surprise from the moment of entry, engaging the brain with touches of the unexpected, administering what Note refers to as a ‘gentle punch’ to all who step in off the street.

When TOG acquired the lease on the 4,400 sqm Douglas House, the 1930s block was devoted to functional but uninspiring office space. TOG had previously called on Note to design the interiors of its office space in Holborn which saw them translate the art deco exterior into a high-level contemporary design that complemented and enhanced the Grade II-listed building. Douglas House’s post-war architecture offered less for both design teams to respond to creatively, so the challenge was to give it a strong identity that would enable it to hold its own against its more dramatic neighbours in Fitzrovia. 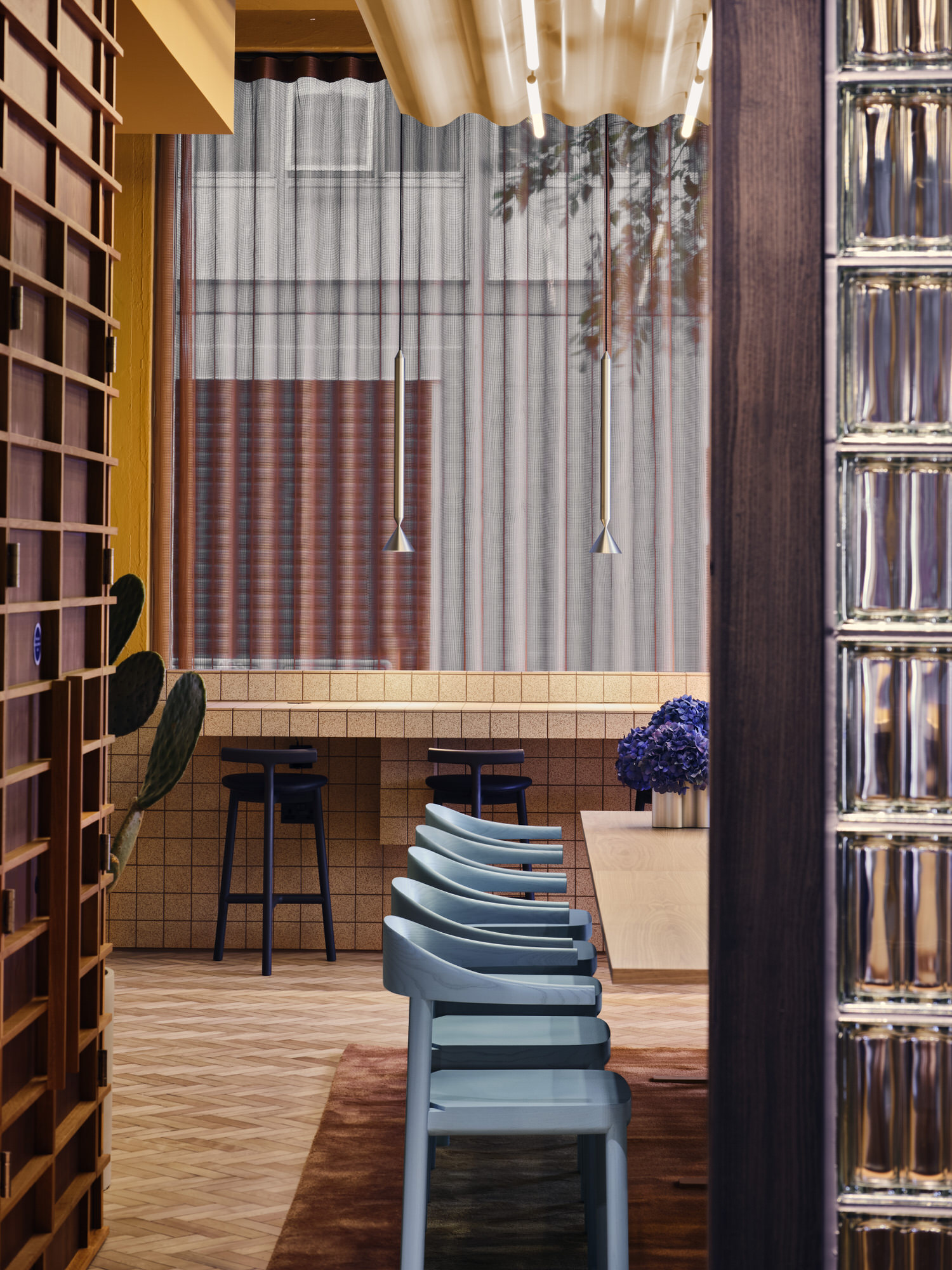 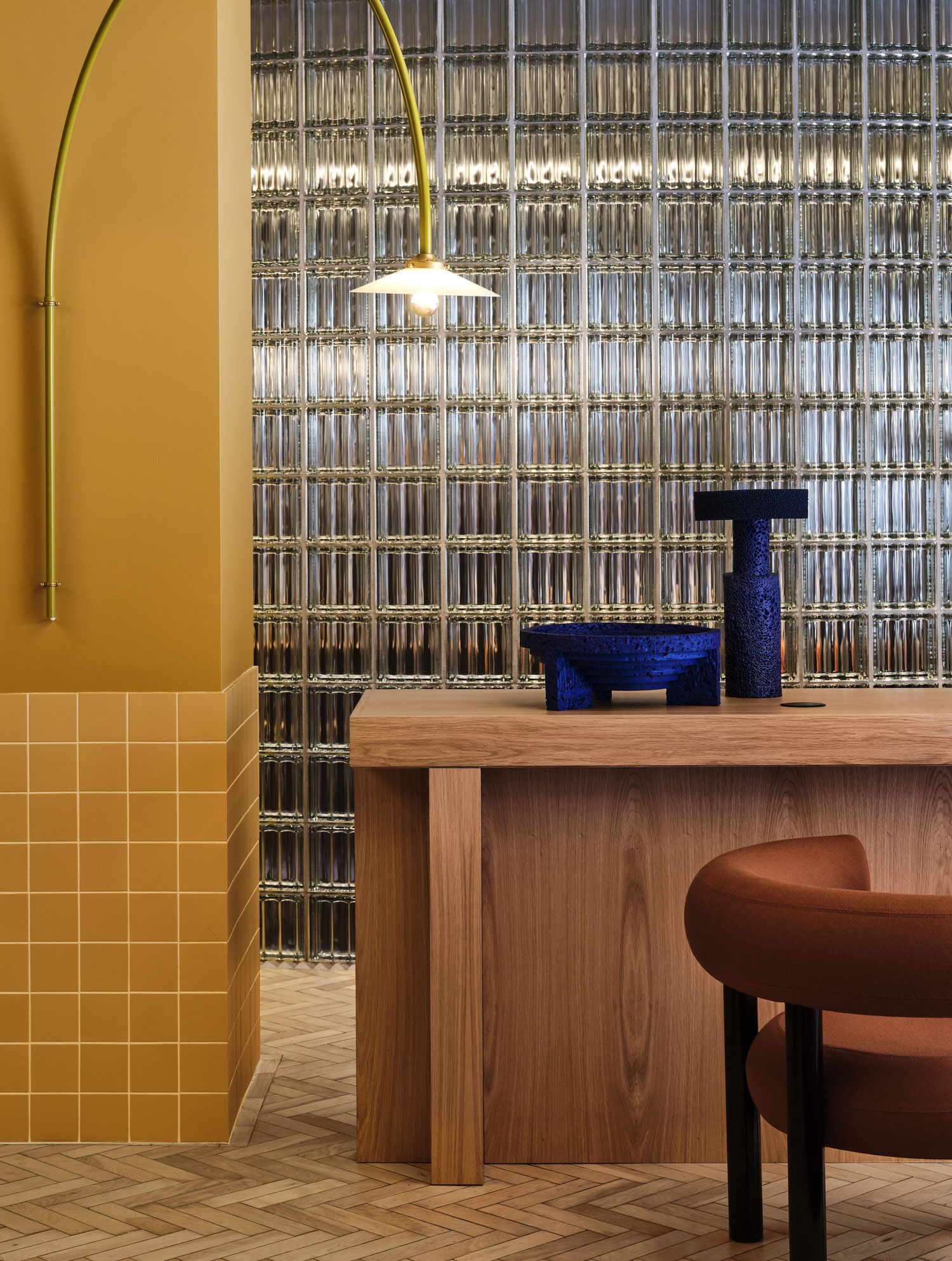 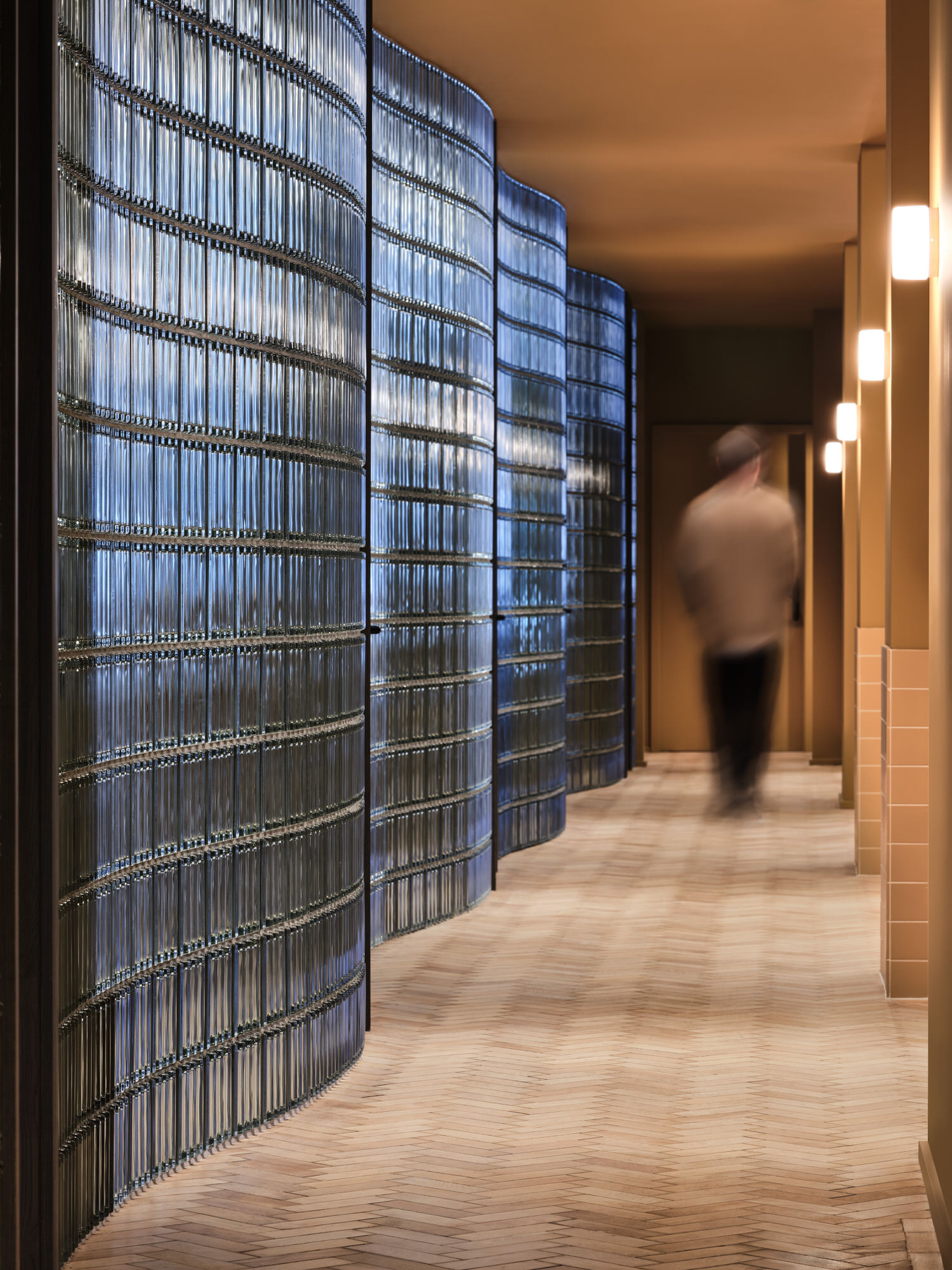 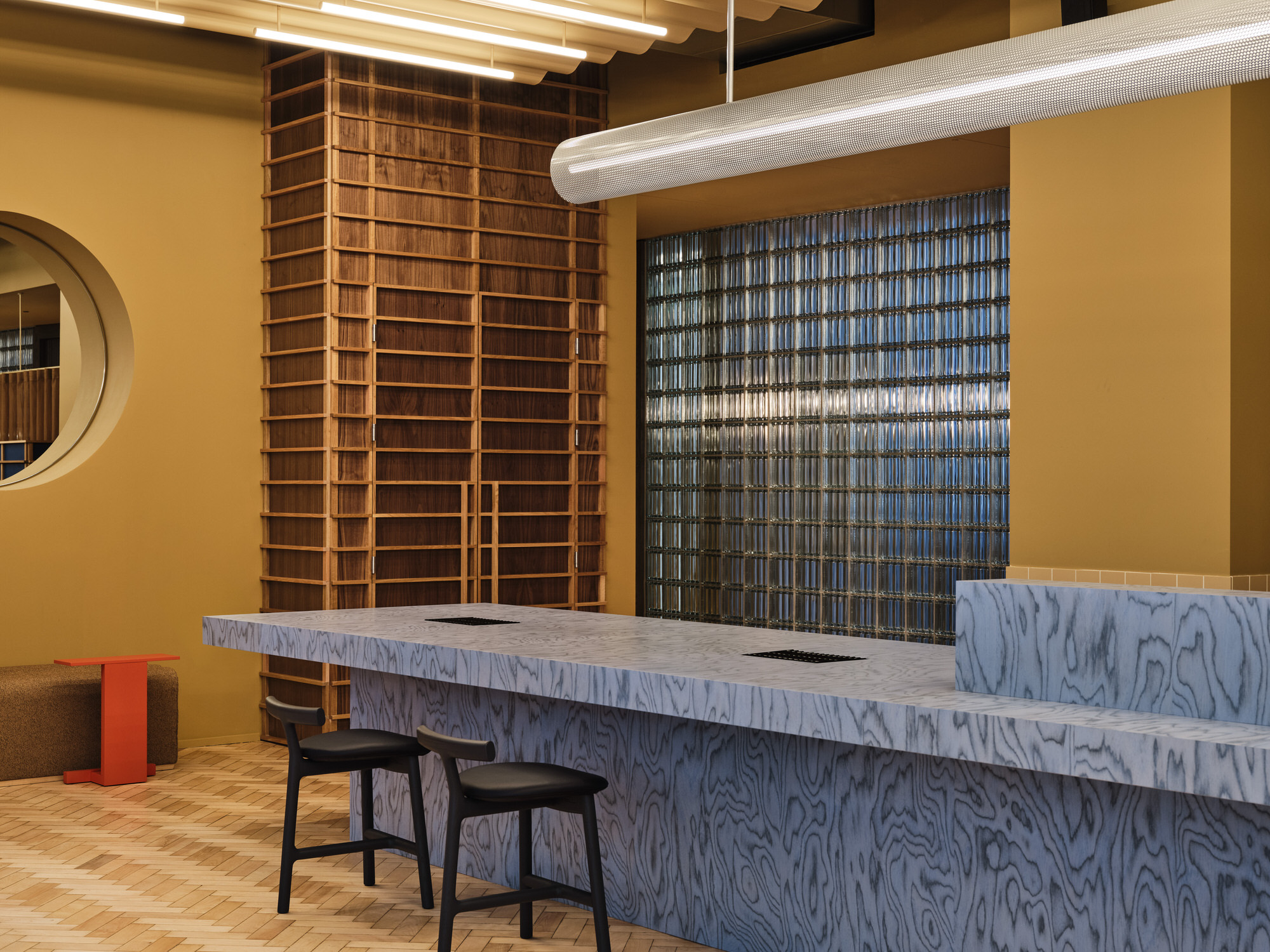 The most striking feature of the design is a curvilinear wall of glass blocks that runs the entire length of the ground floor. Based on the idea of a hand-drawn line, the wall creates a sense of light, transparency and openness throughout the space, which is split into three ‘rooms’ by the building’s two stair cores. As well as creating a passage between the rooms at the rear, the wall creates a visual connection between them with material intensity and unexpectedly fluid wavy forms, echoed in the custom-made lighting rafts. On the other side is a bank of courtyard-style meeting rooms, each with a unique layout created by the irregularity of the wall’s shape.

“This was a way for us to be disruptive and to challenge the standards of an average refurbishment – to create a space within a space, a world of its own within the old building,” says Johannes Carlström, co-founder of Note Design Studio.

The wall also marks a shift in the interior colour palette – warm woody neutrals and desert shades define the communal spaces and break-out areas while cooler, softer blues are used in the meeting rooms and working areas where concentration and focus are required. Pops of primary colour come in the form of vivid ultramarine Marenco armchairs and sofas by , hanging lamps and powder-coated stools in bold red and blue.

The inventive material palette draws strongly on natural finishes, incorporating ash stained in various shades, walnut and terrazzo. Designing around a building with extensive wear and tear, Note and TOG agreed to retain the existing materials from the original design. When this was not possible, materials that would be reusable in future (including steel, glass and ceramics) were selected. 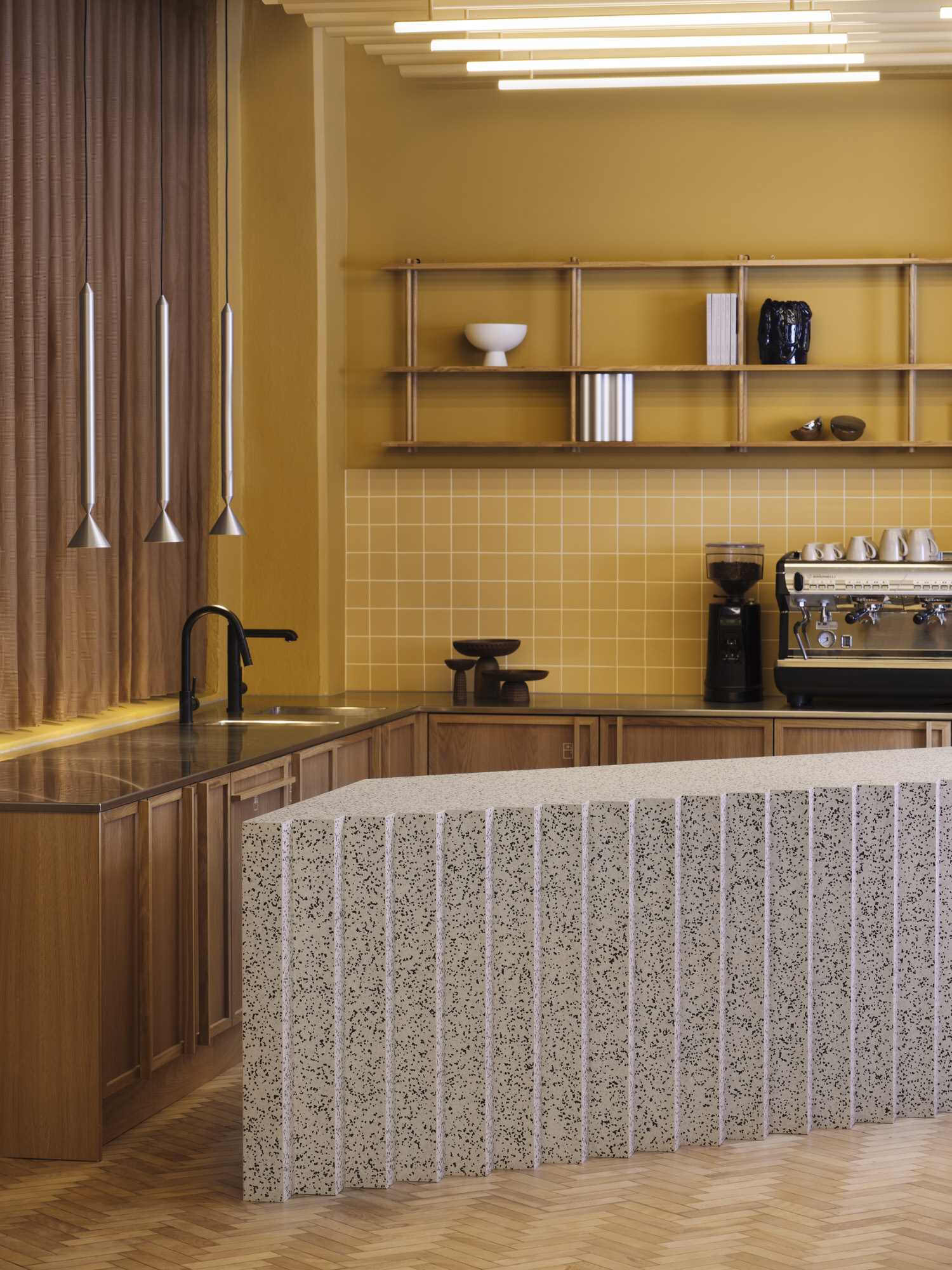 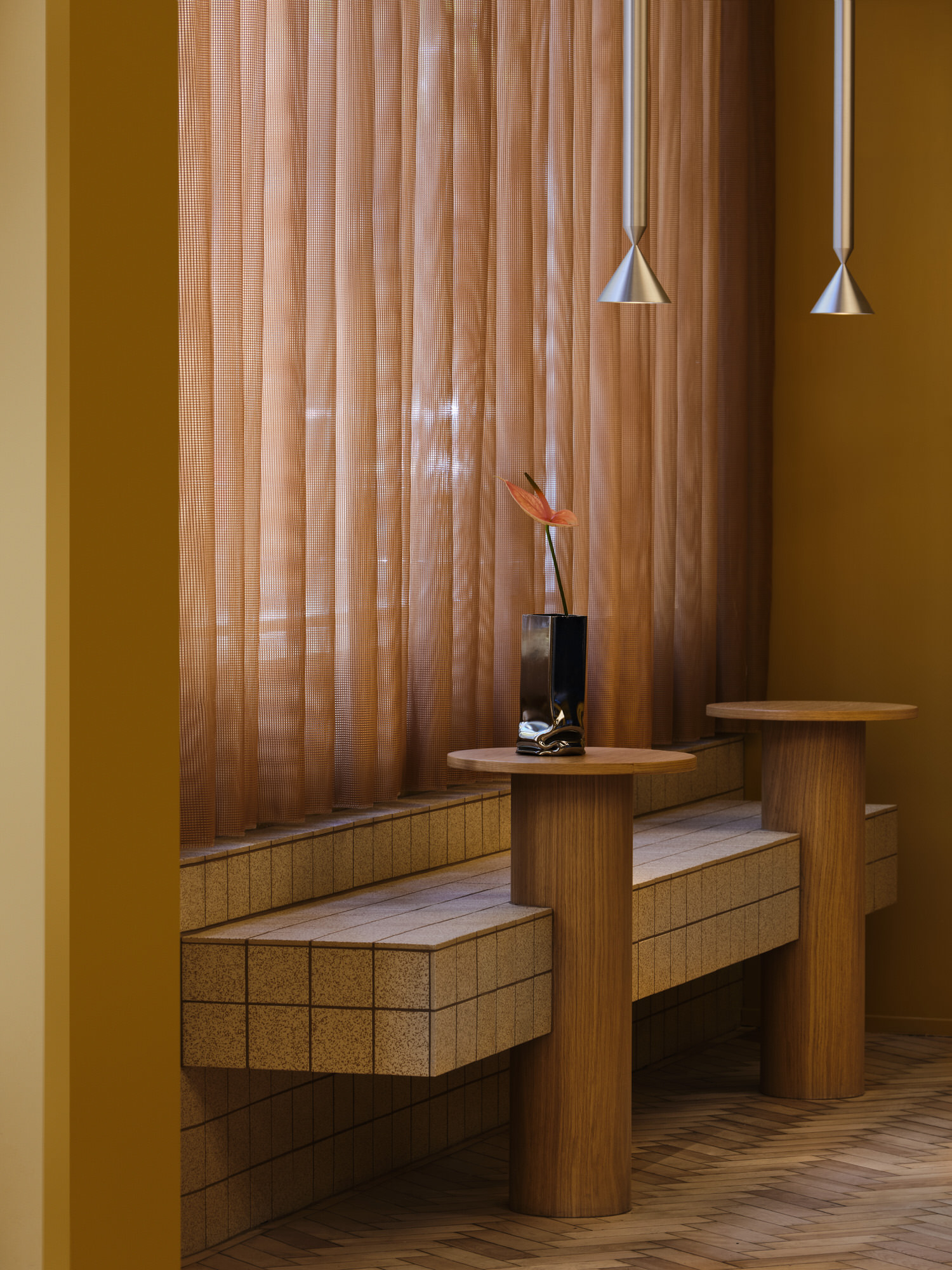 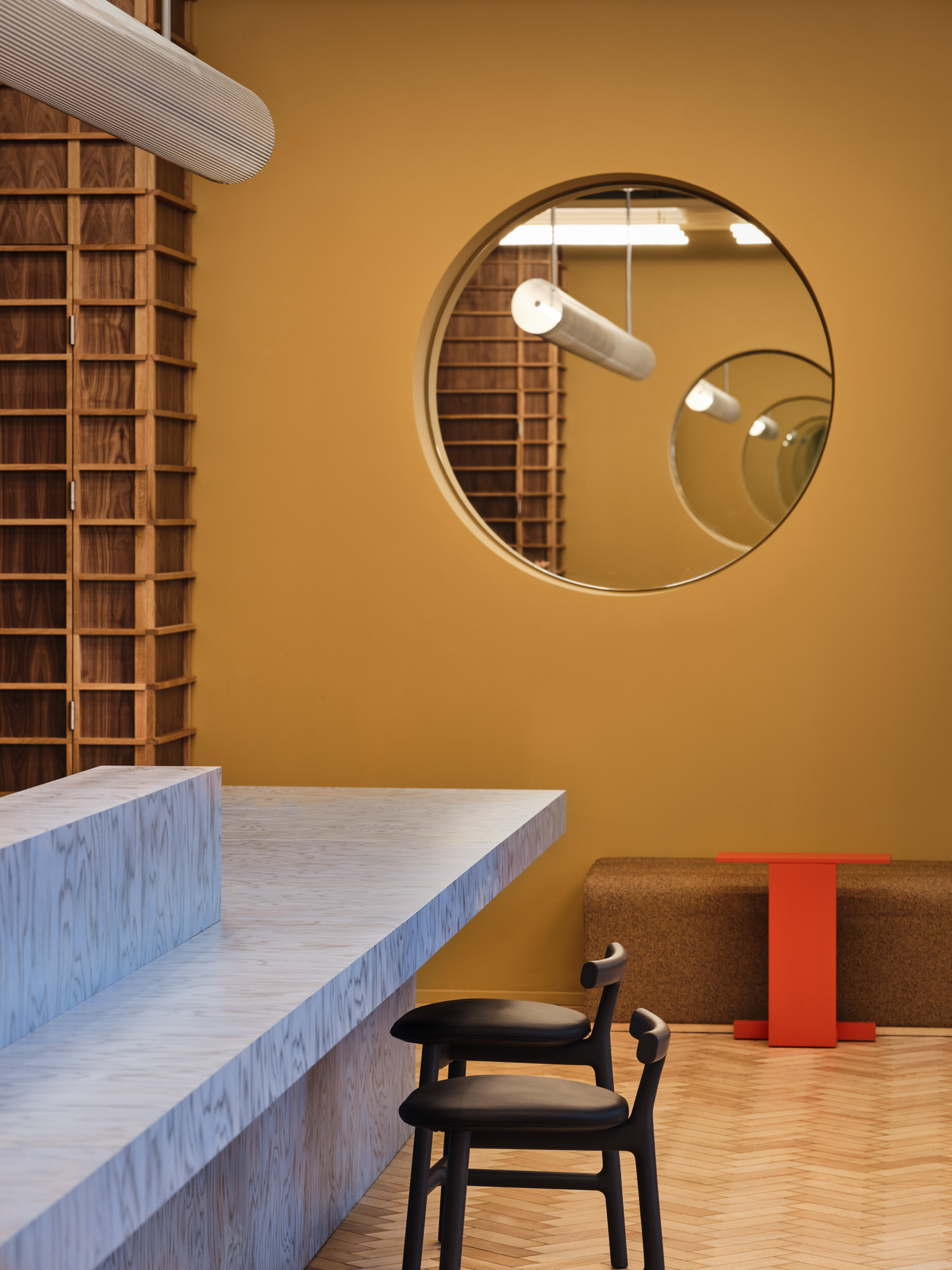 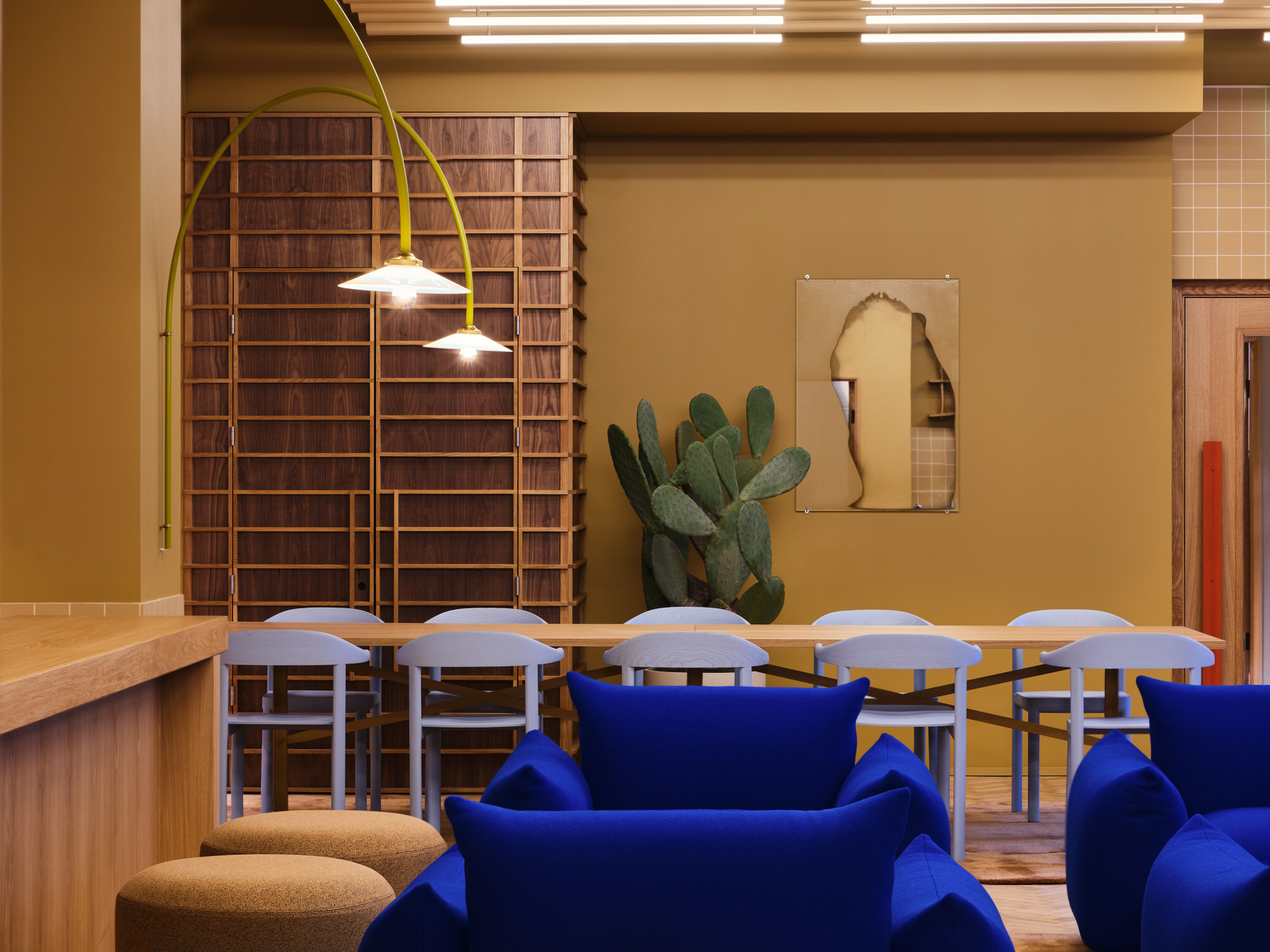 Where plastics were required, the team employed the 100% recyclable IQ range of wall and floor coverings. Remarkably, they were able to salvage the building’s existing parquet floors in their entirety, lifting, renovating and replacing every last block. Other sustainability-led initiatives include the addition of a bank of solar panels and a green biodiverse roof.

In keeping with its ‘gentle punch’ and ‘breaking the grid’ concepts, Note has ensured there is a striking contrast between the exterior and interior. Outside, the building’s facade is repetitive and grid-like; inside is an altogether richer, more fluid and less predictable experience – beginning at the moment of entry, when visitors are greeted with a wide reception desk in a head-turning blue ALPI Sottsass veneer. 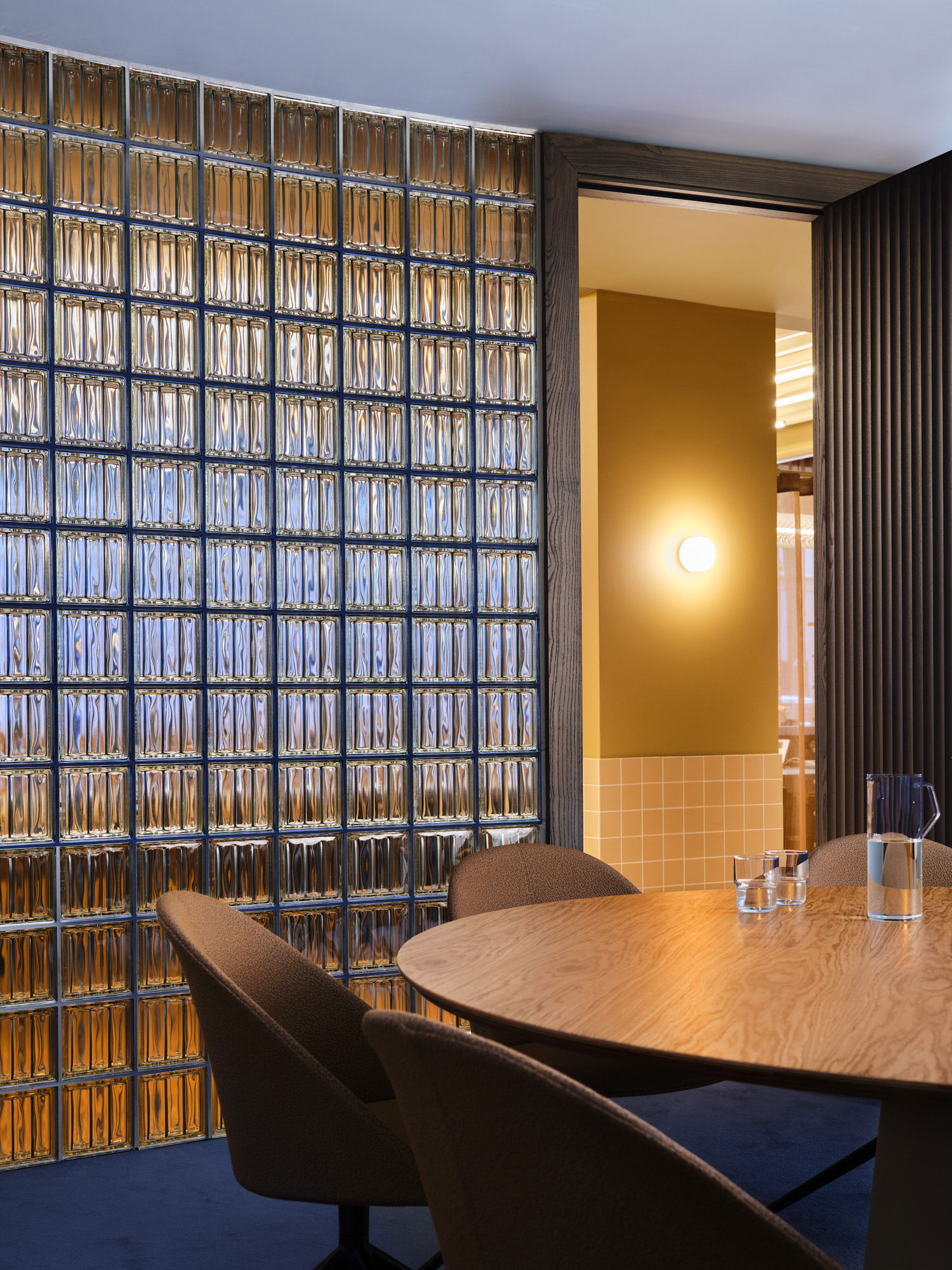 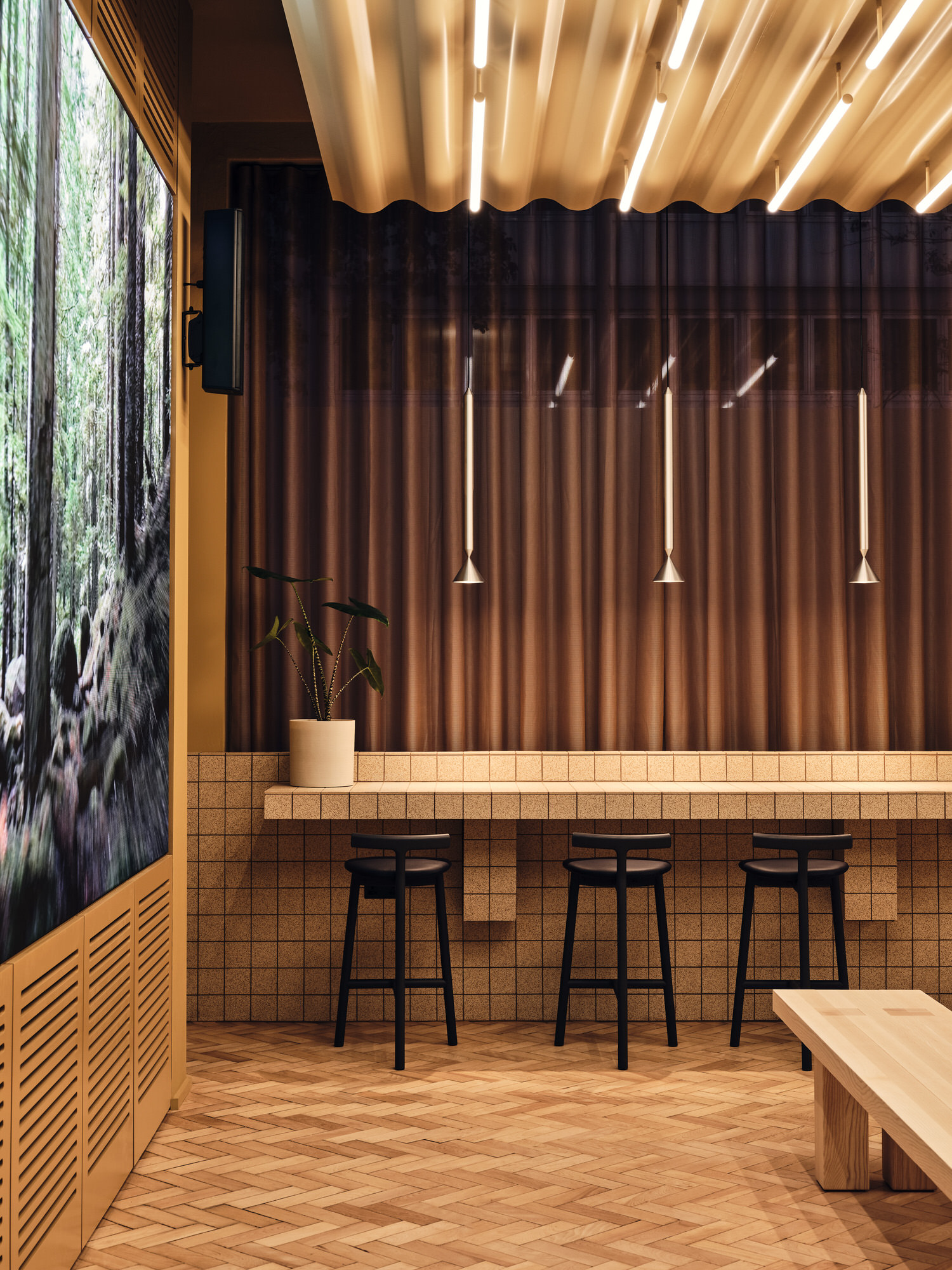 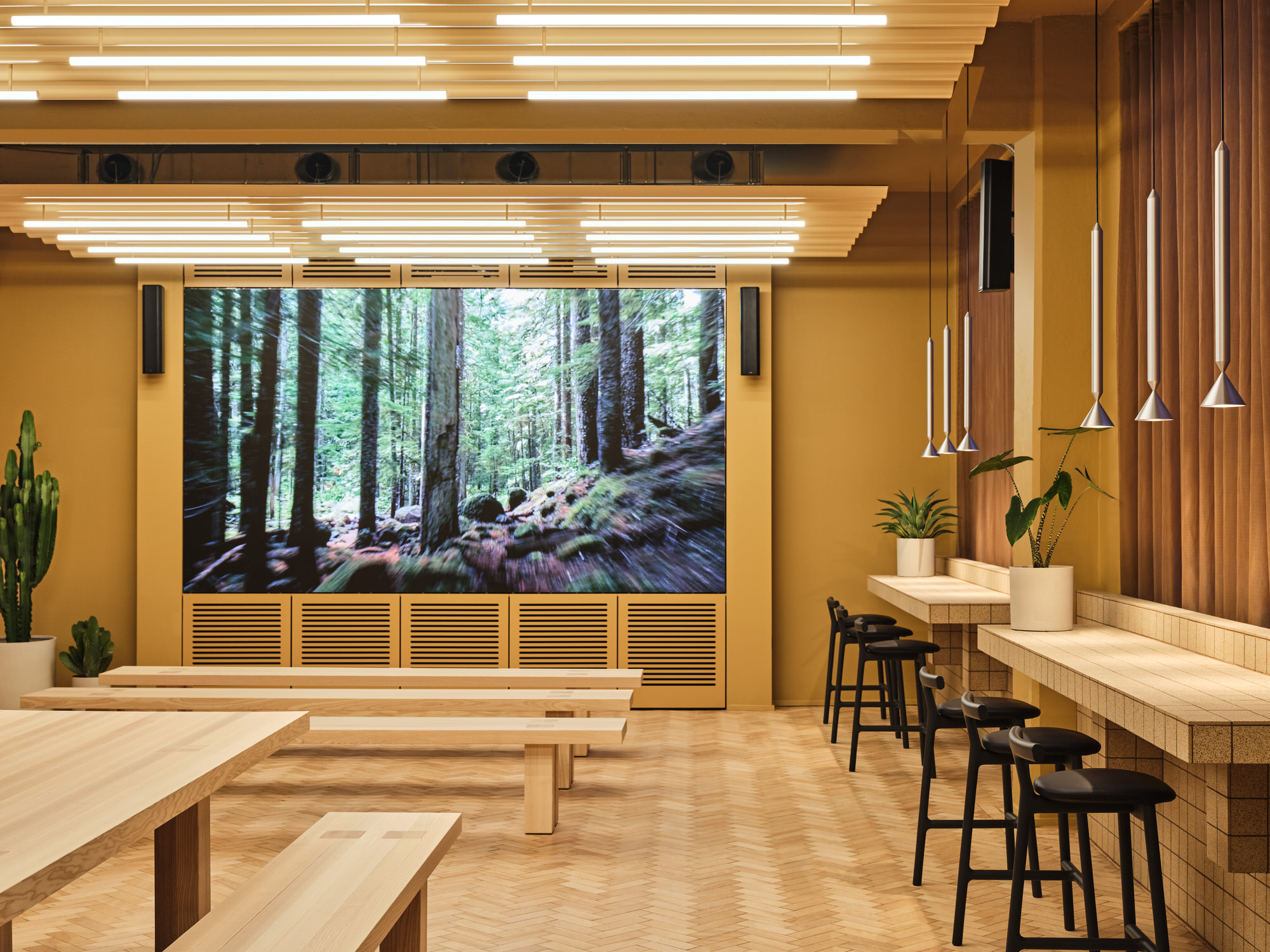 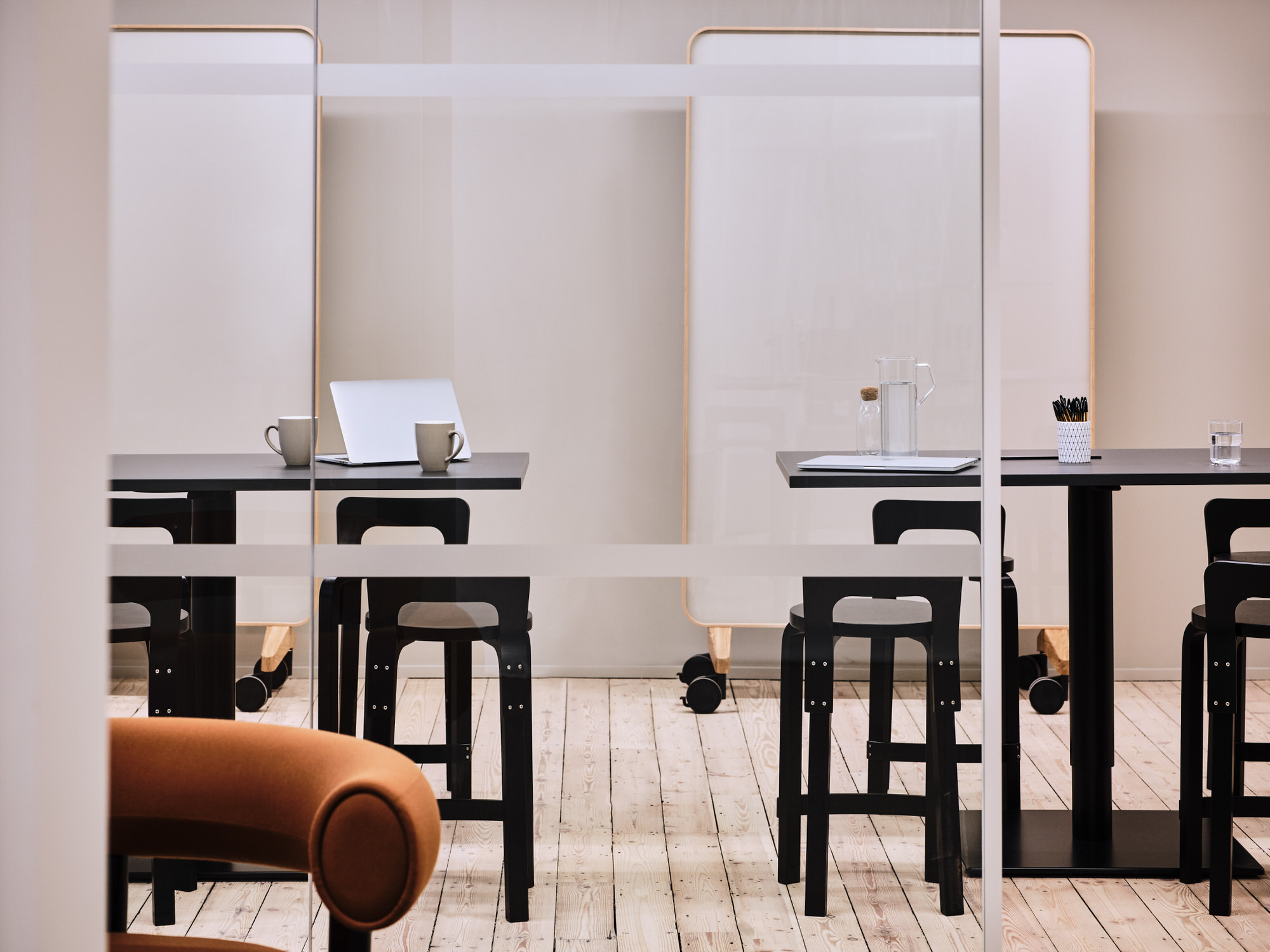 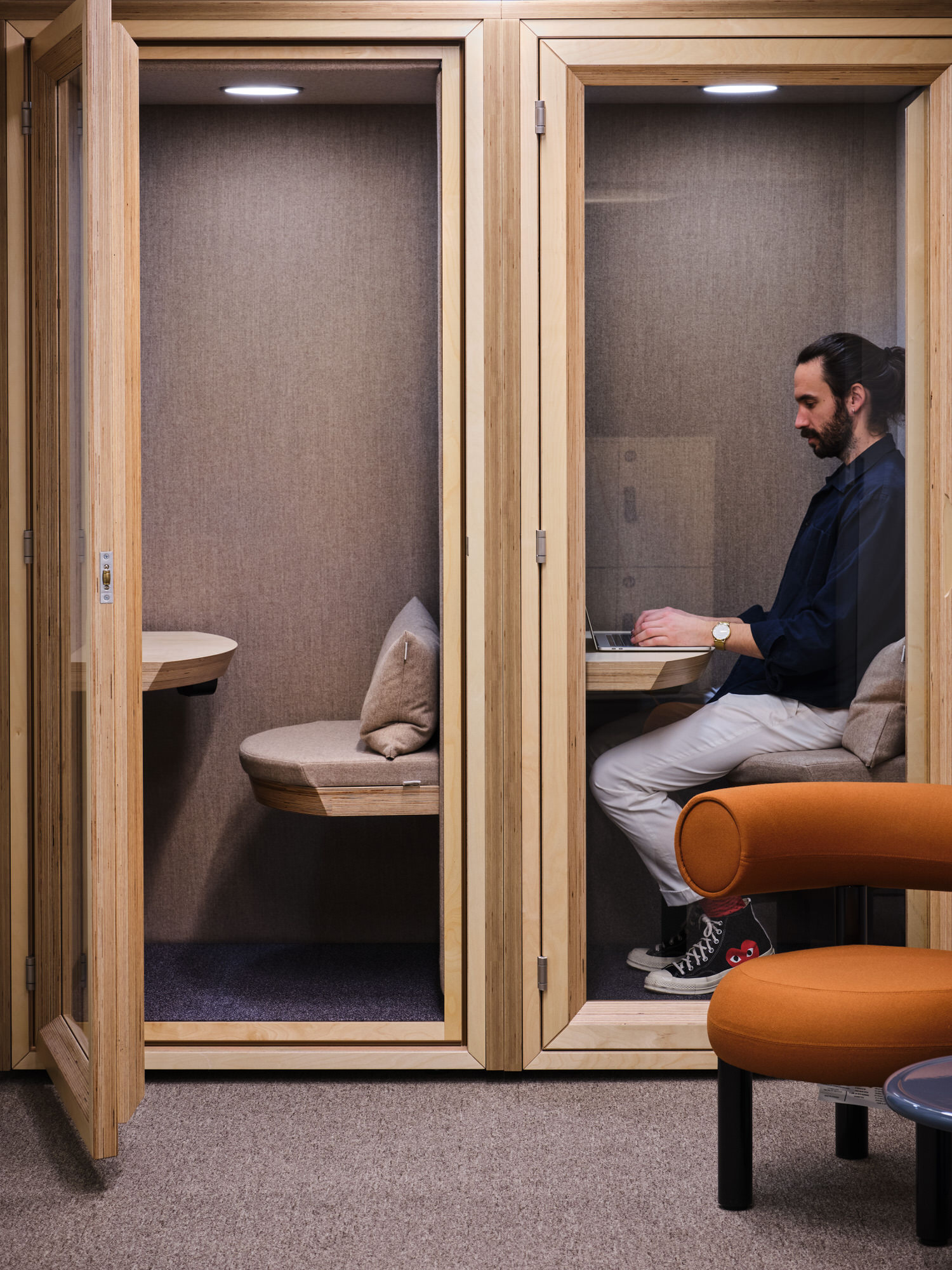 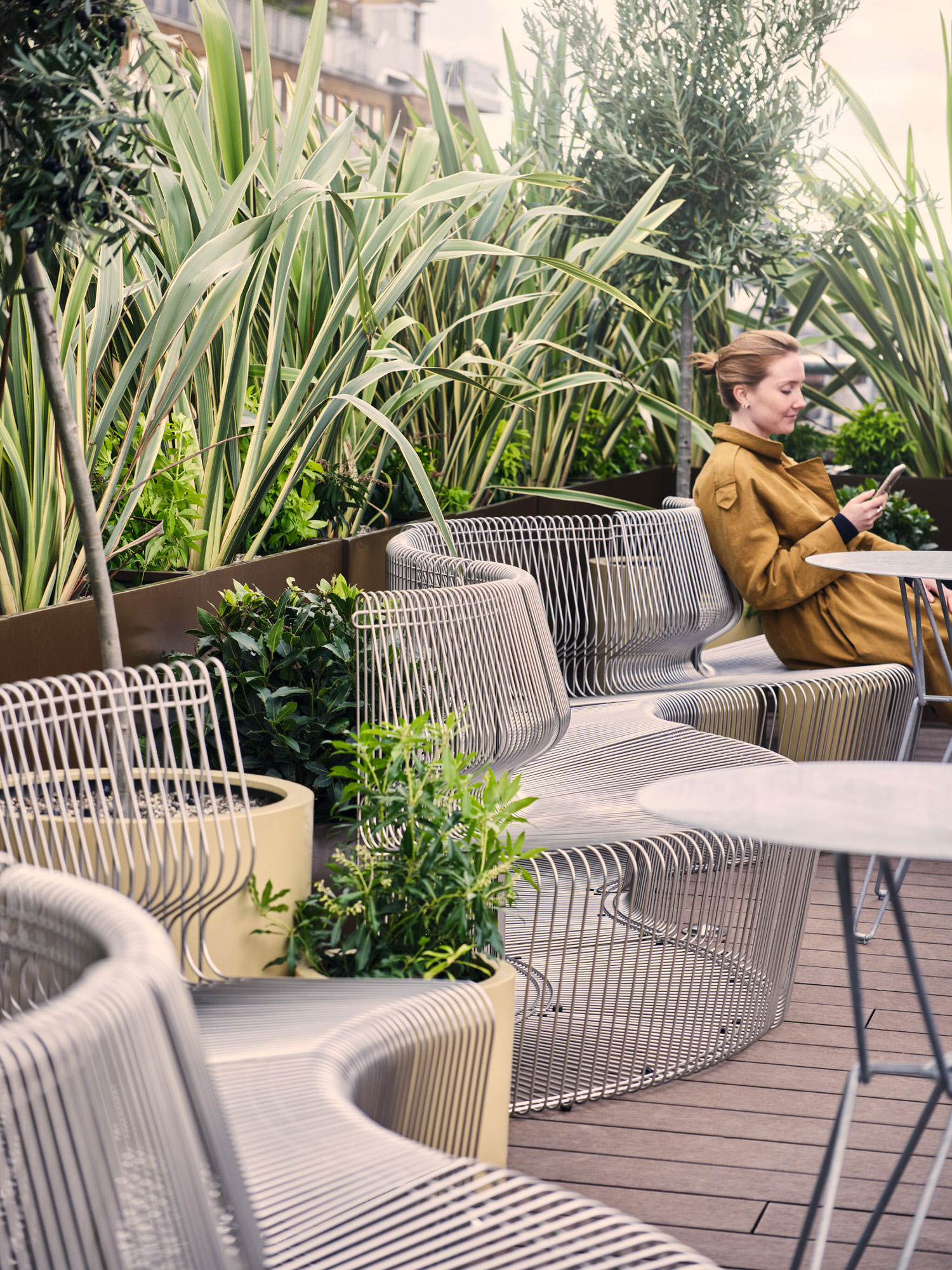 Alongside the expected features of a modern workplace – gym, roof terrace and 20 meeting rooms (including 10 informal, collaborative spaces and a traditional boardroom) – Douglas House also includes a number of more innovative additions, including a ‘recharge room’ for breakout moments during the working day, a plant-filled ‘oxygen room’ on the top floor in which to recharge and reconnect with nature, a flexible workspace with a café, and a dedicated room for nursing mothers.