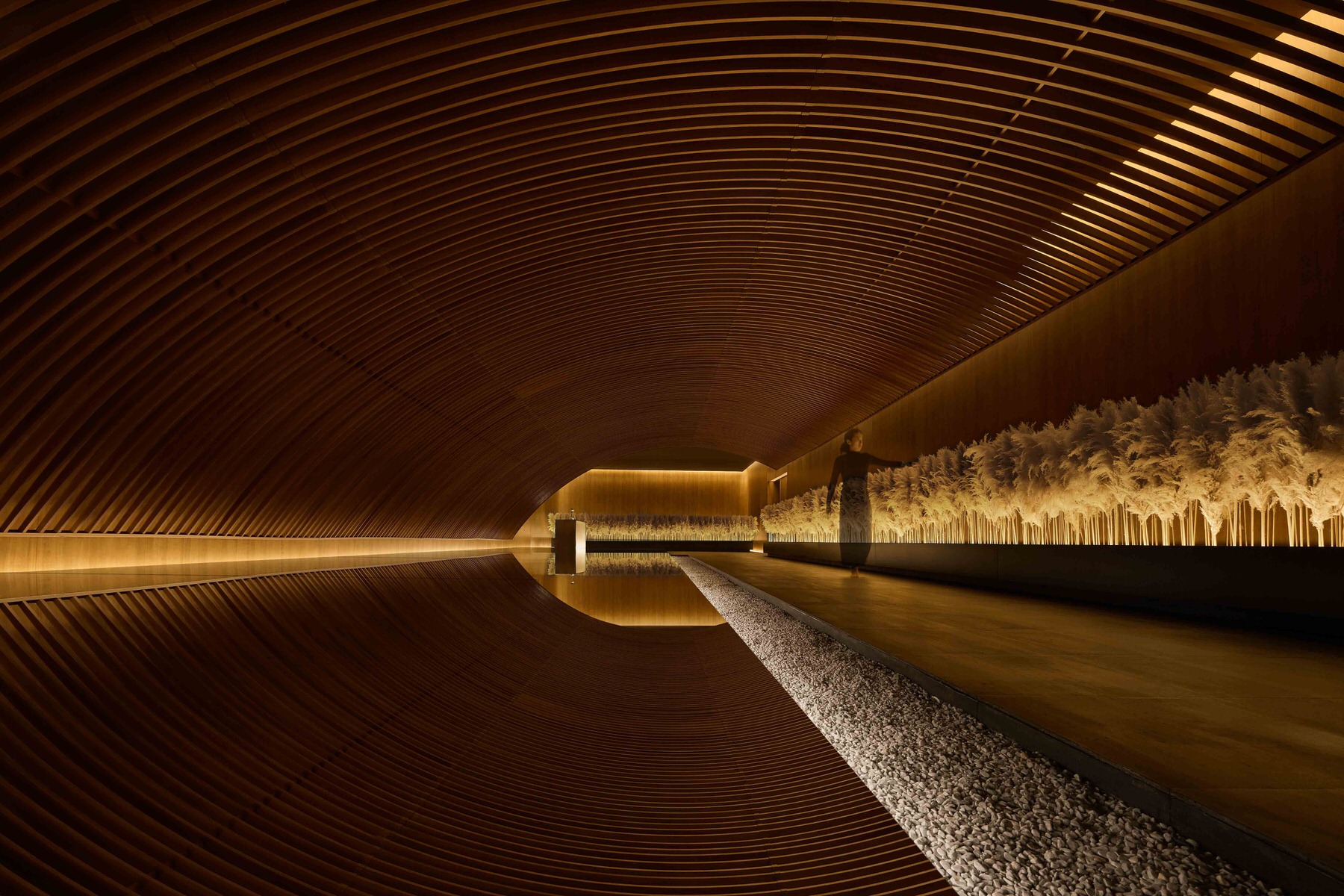 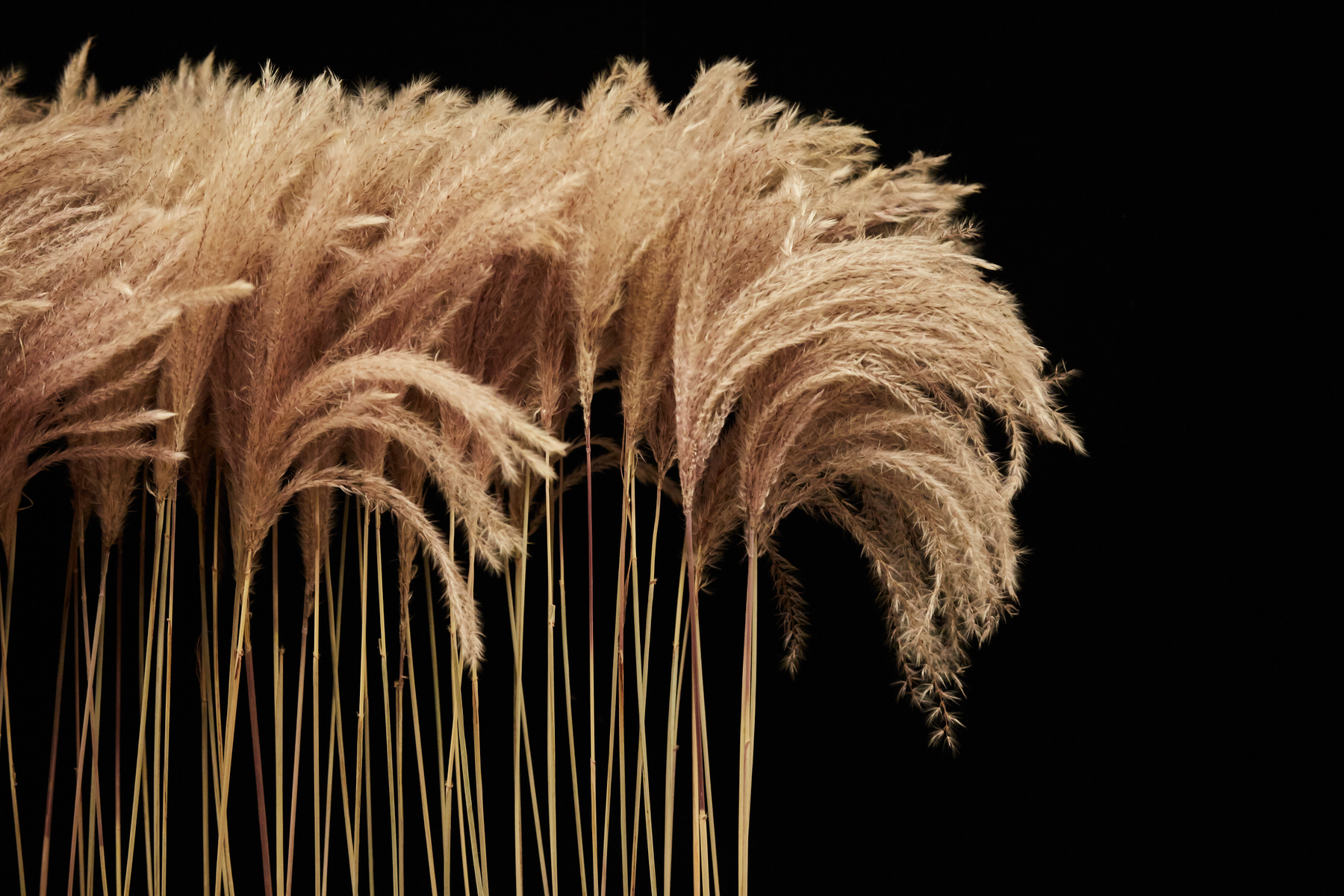 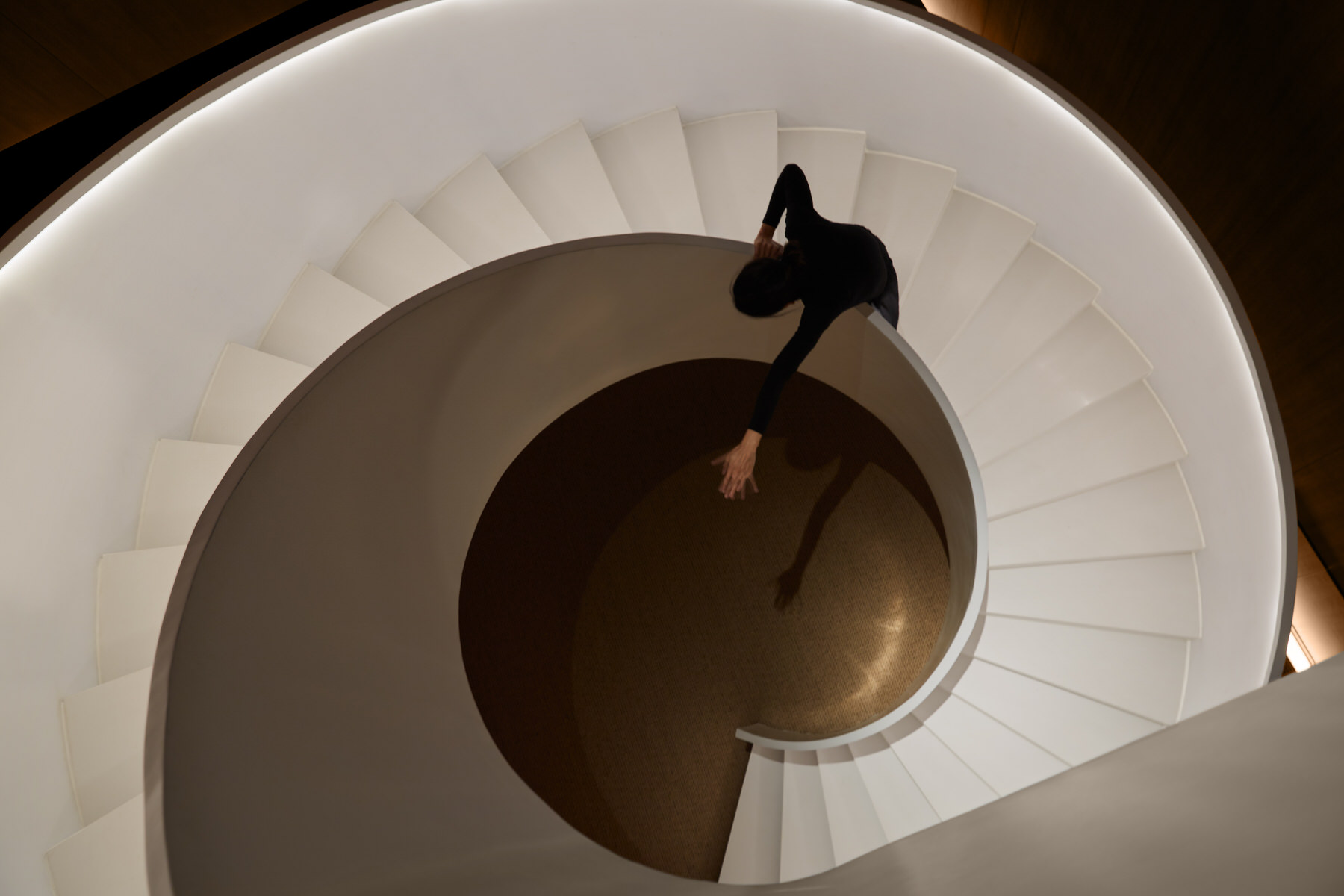 According to Freud, the experience is a recollection of the past, a moment where previous feelings meet those of the present. The two collide simultaneously creating an instant fantasy, something that one cannot help but become immersed within. This idea has become the leading influence driving the design of Jiyu Spa in Shanghai by local practice . The project sees the creation of a “romantic, poetic fantastic dream”, bringing digital design to the soft white walls of the .

The dark, moody environments of Jiyu Spa exist like a foreign alien when compared to the light-filled spas we have become accustomed to seeing. The 2,000-square-metre interior constructs a completely different world that immediately transports guests into another universe.

Optical illusions and projections slide down surfaces, often making it hard to determine where walls end and ceilings begin. Guests feel themselves loosen their grip on the stresses of the outside world as they enter the physical manifestation of a lucid dream. One’s understanding of space and time becomes lost “transformed into a four-dimensional experience of time and space”. 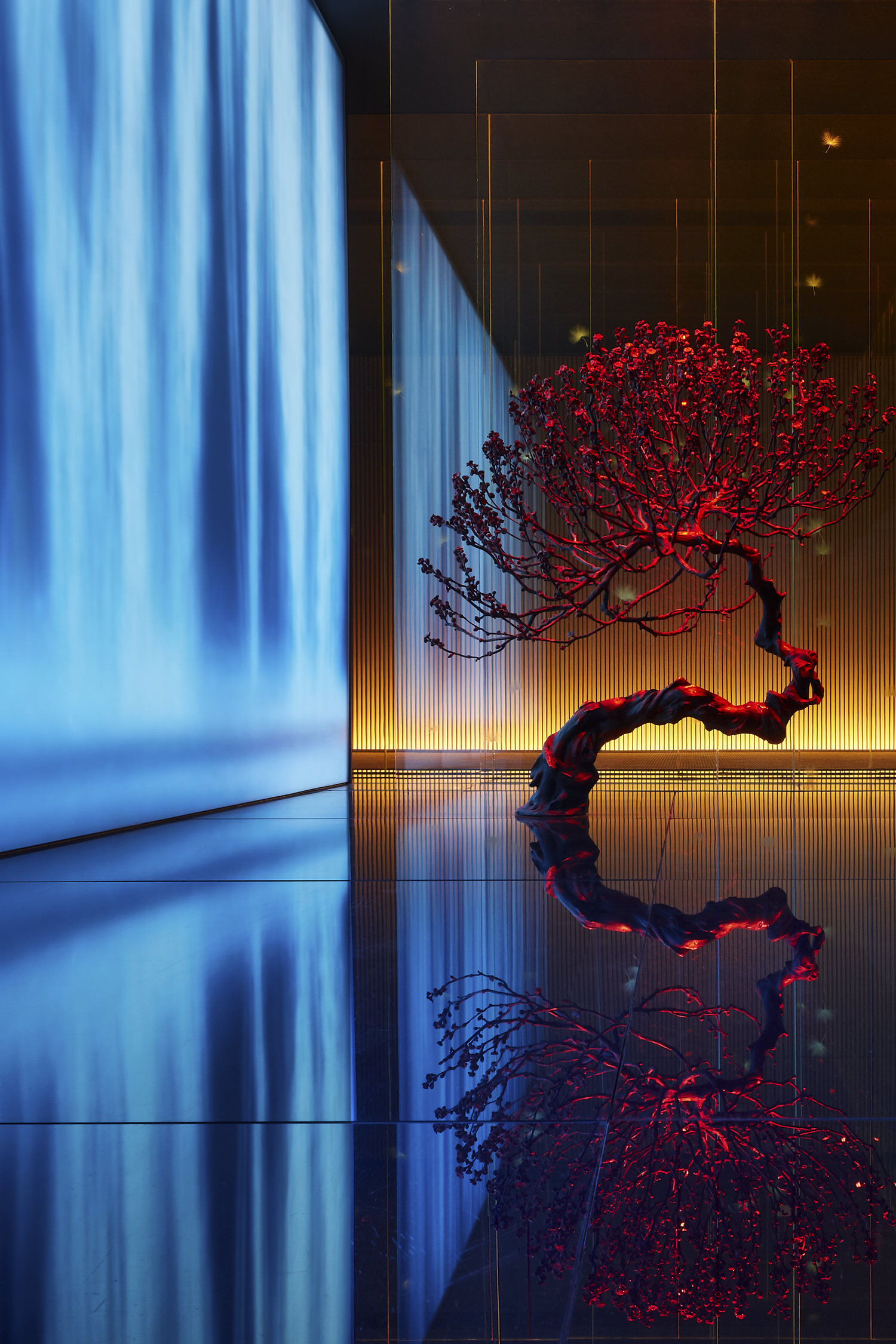 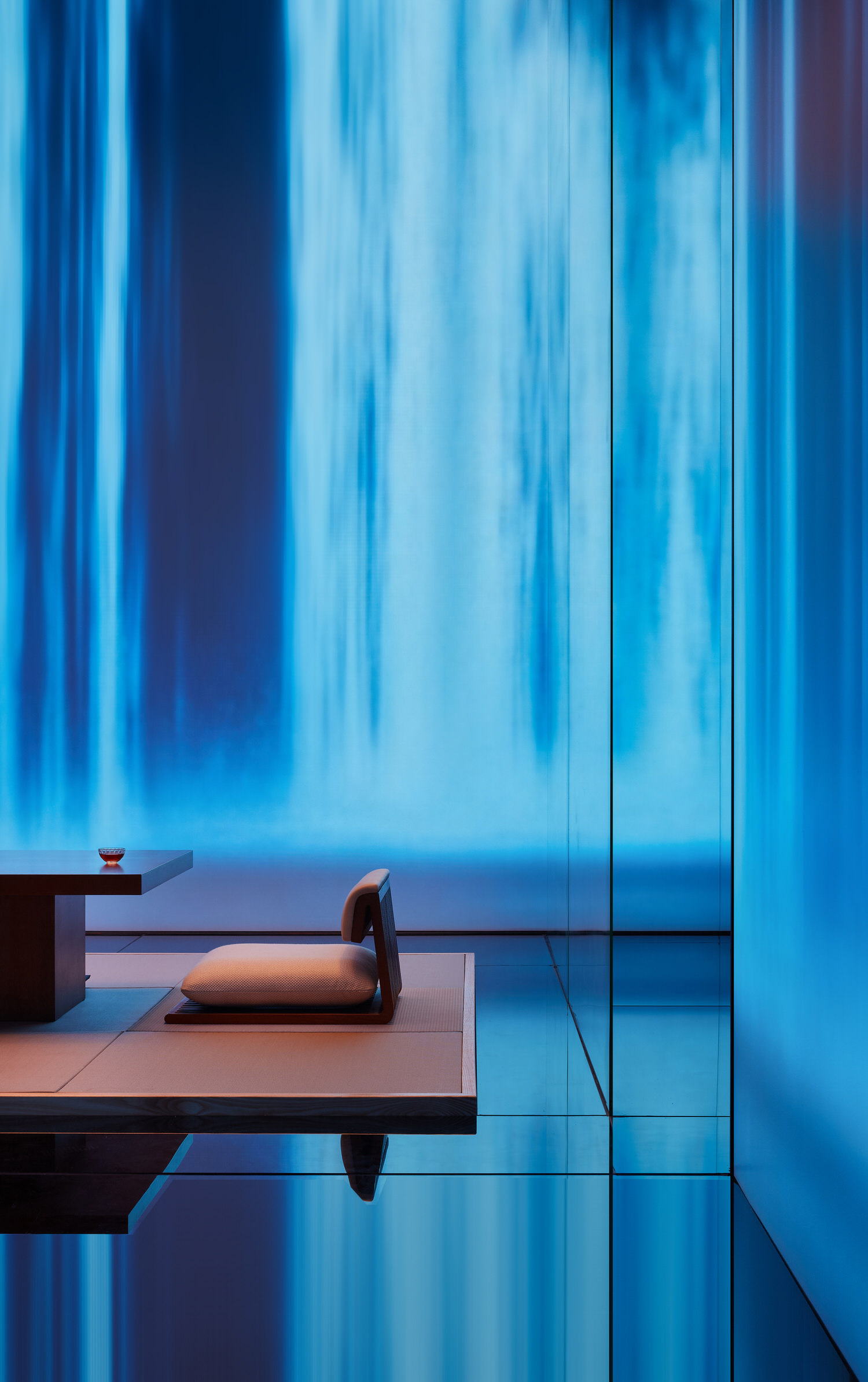 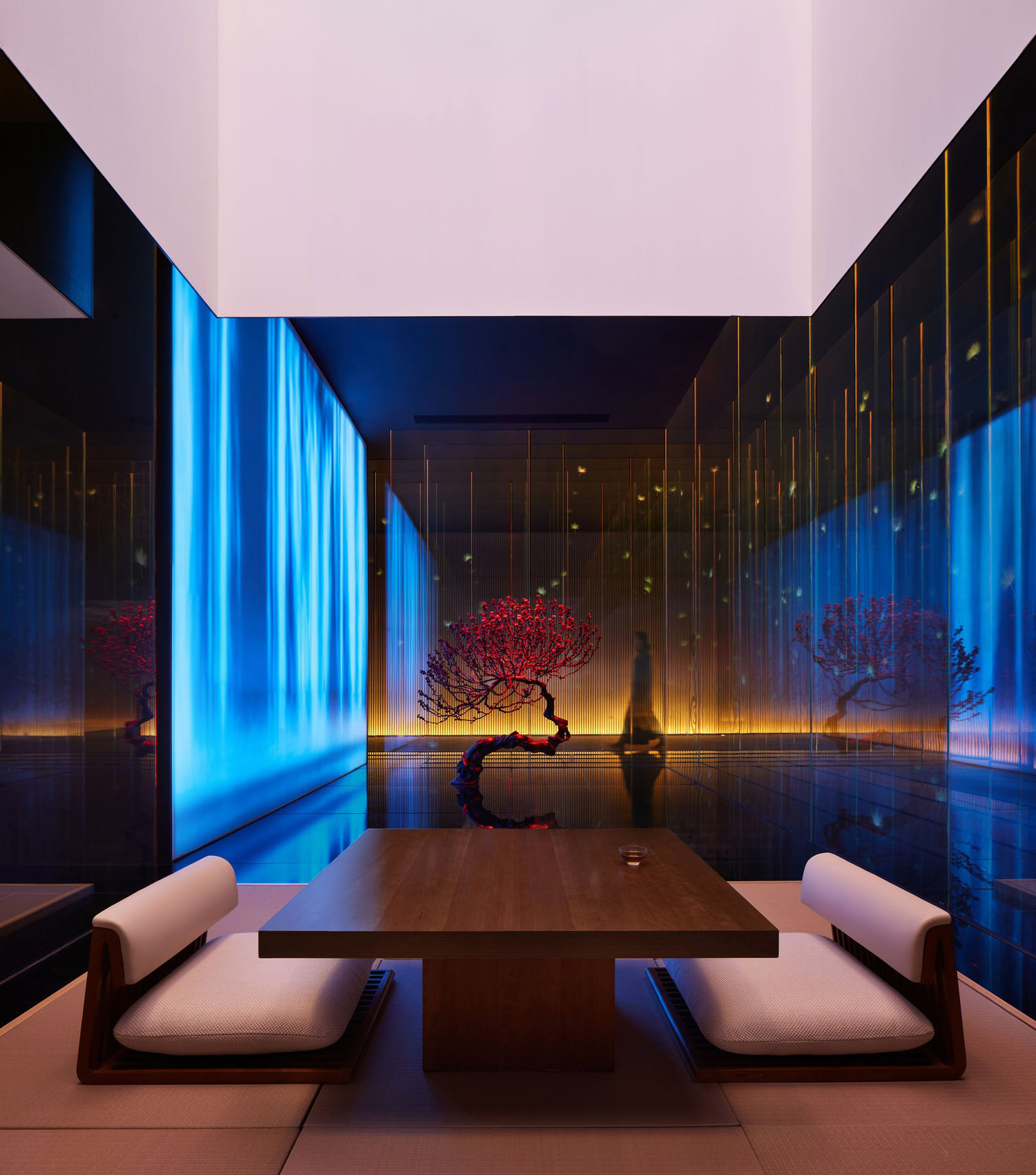 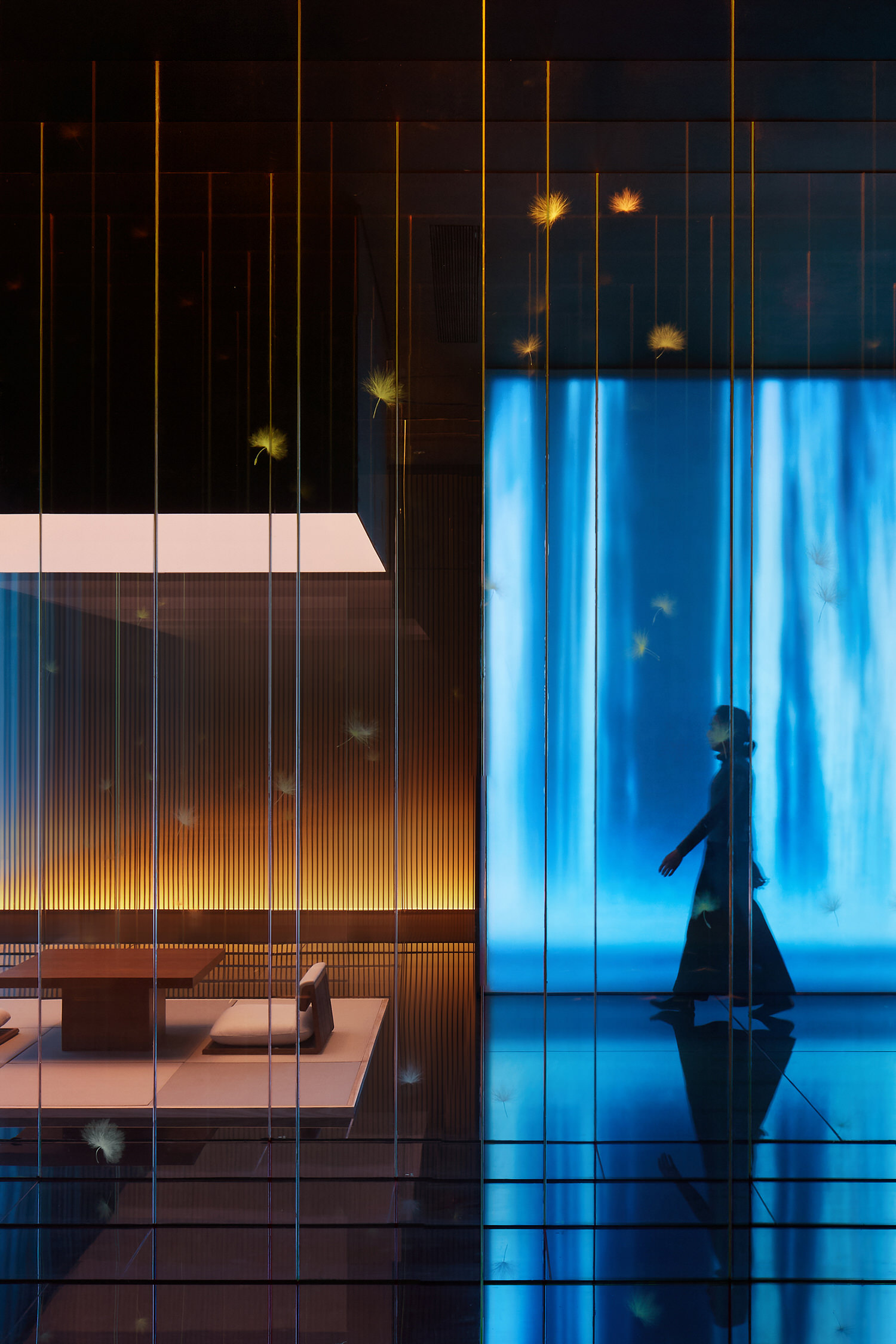 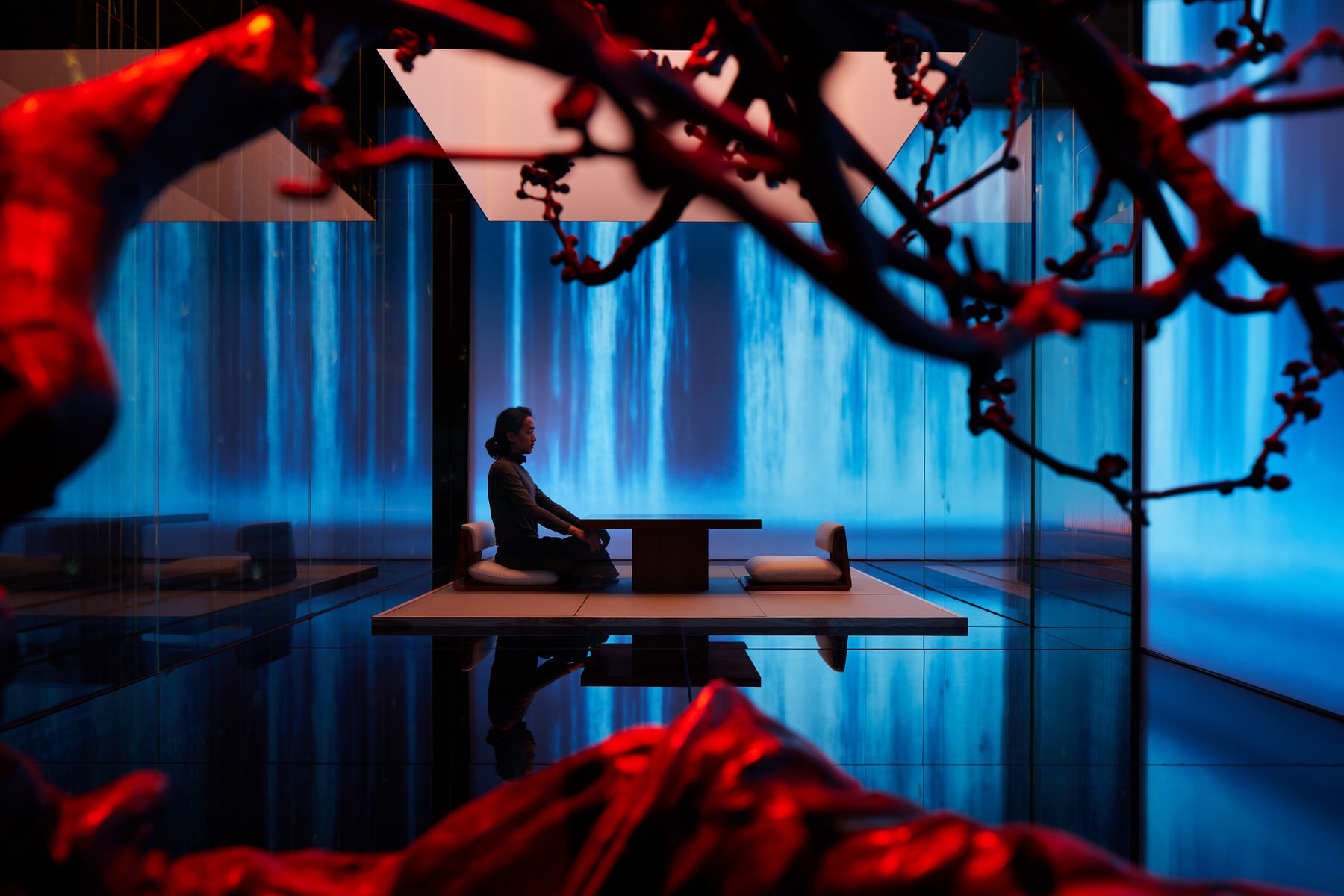 Designers describe this experience as one that “immerses visitors in a large-scaled peaceful picture, where the senses are awakened by the visible world”. Transparent and reflective glass and timber veneer reveal hidden content, allowing visitors to view their surroundings in a new way.

Small moments become frozen in time, now able to be properly appreciated before they are lost in the fast pace of life. The contrast between light and shadow is instrumental to the overall atmosphere, the relationship between the two creating a mysterious and profound experience. 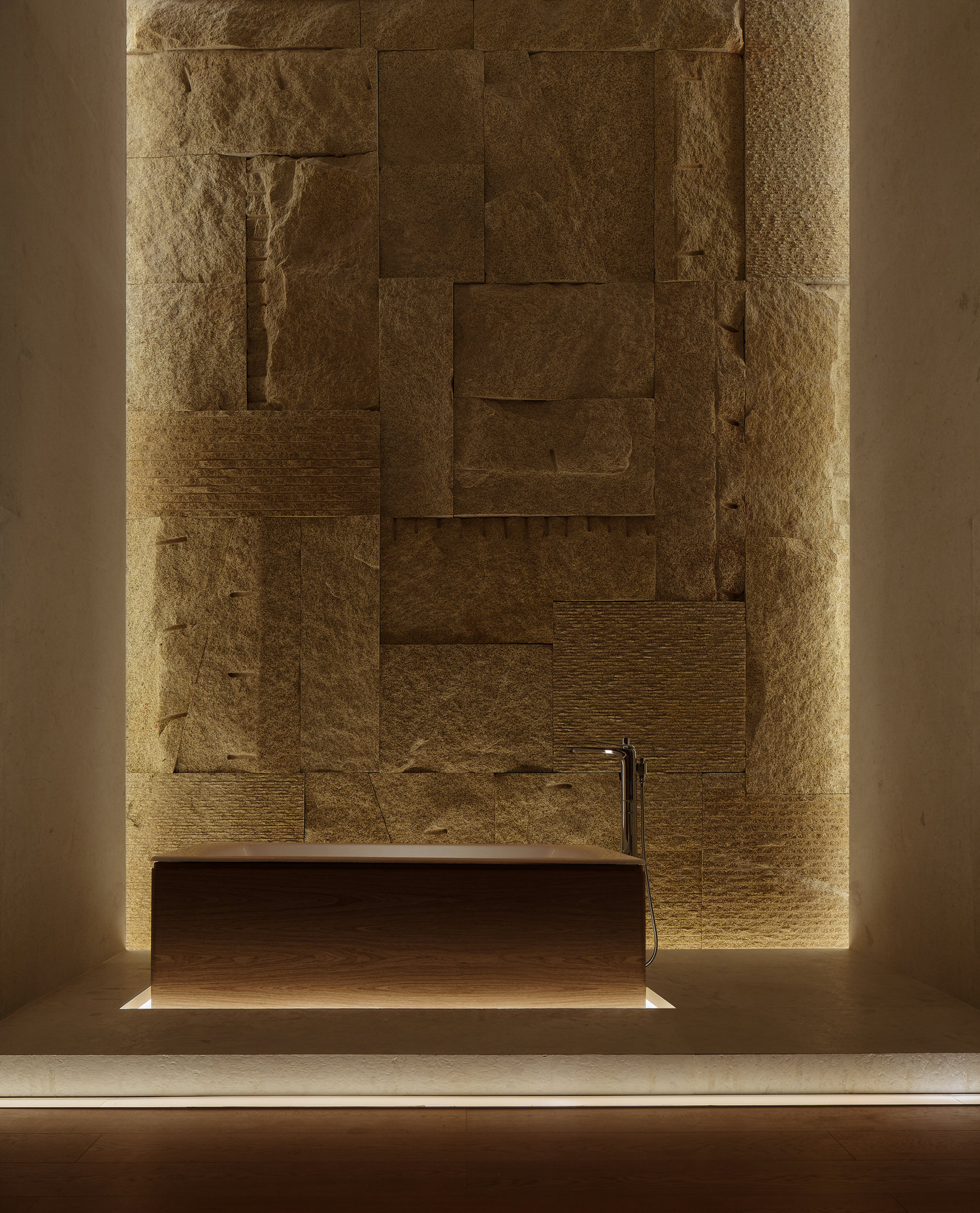 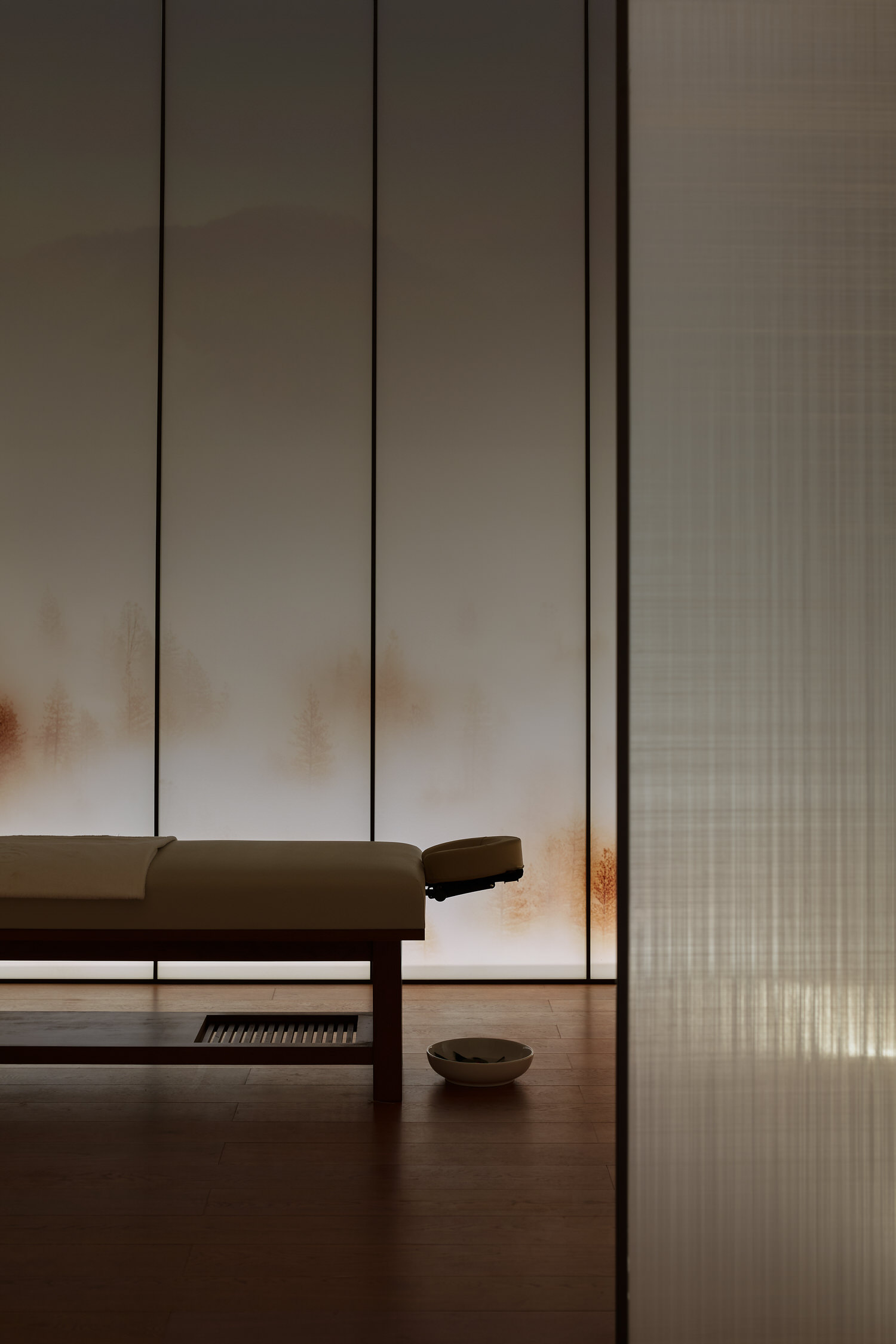 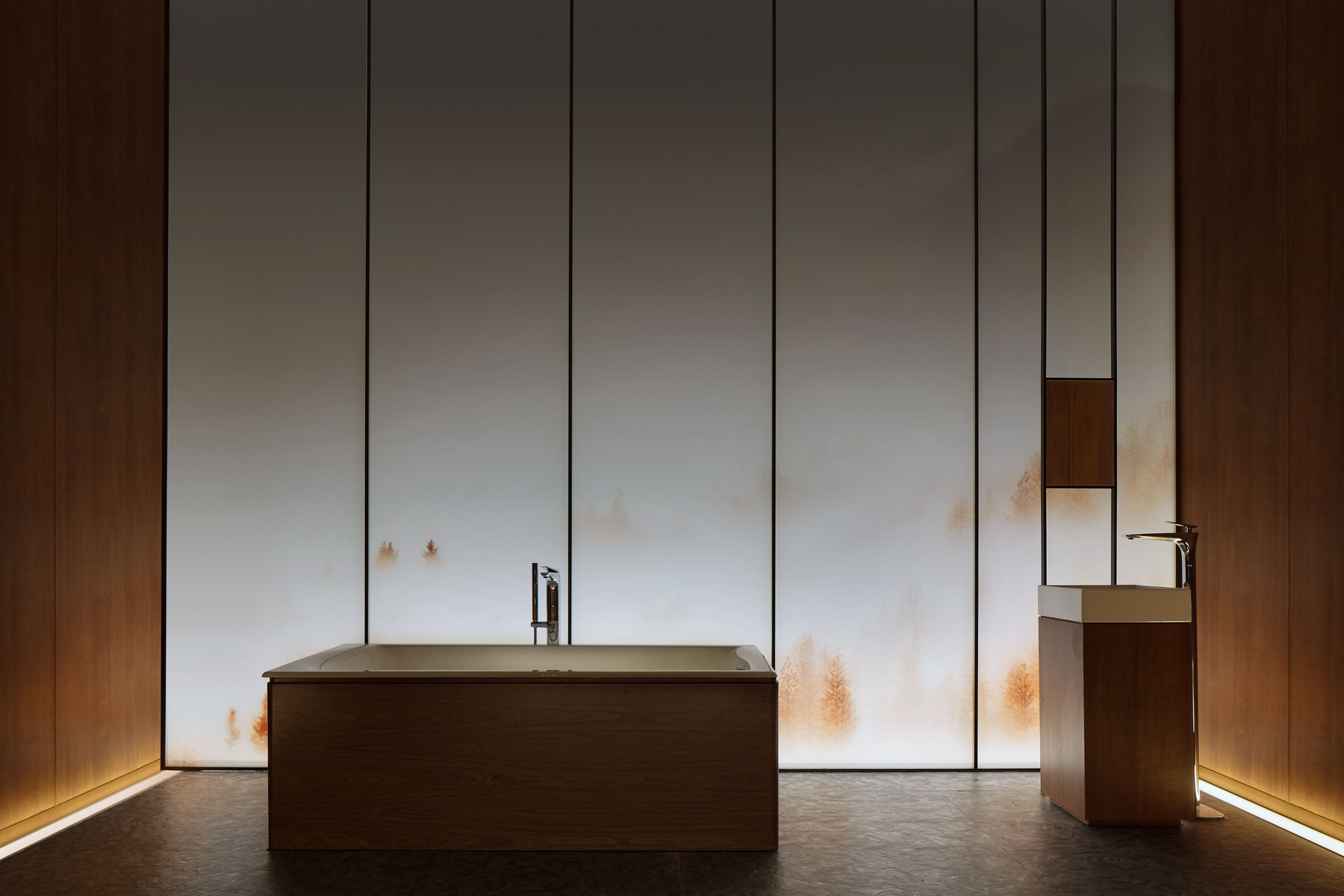 Jiyu Spa stands as a distinctly different voice in the world of relaxation spaces. Hip-Pop Design has imagined and realised a completely artificial environment in an urban context, instead of conventionally linking the meditative space back to nature – an idea that has led to most spas looking and feeling all too similar after seeing this interior.

The highly imaginative result is a simulated environment that becomes its own kind of nature. The previously untouchable digital world here becomes physical, as we are invited into its exciting, futurist, uncharted world.