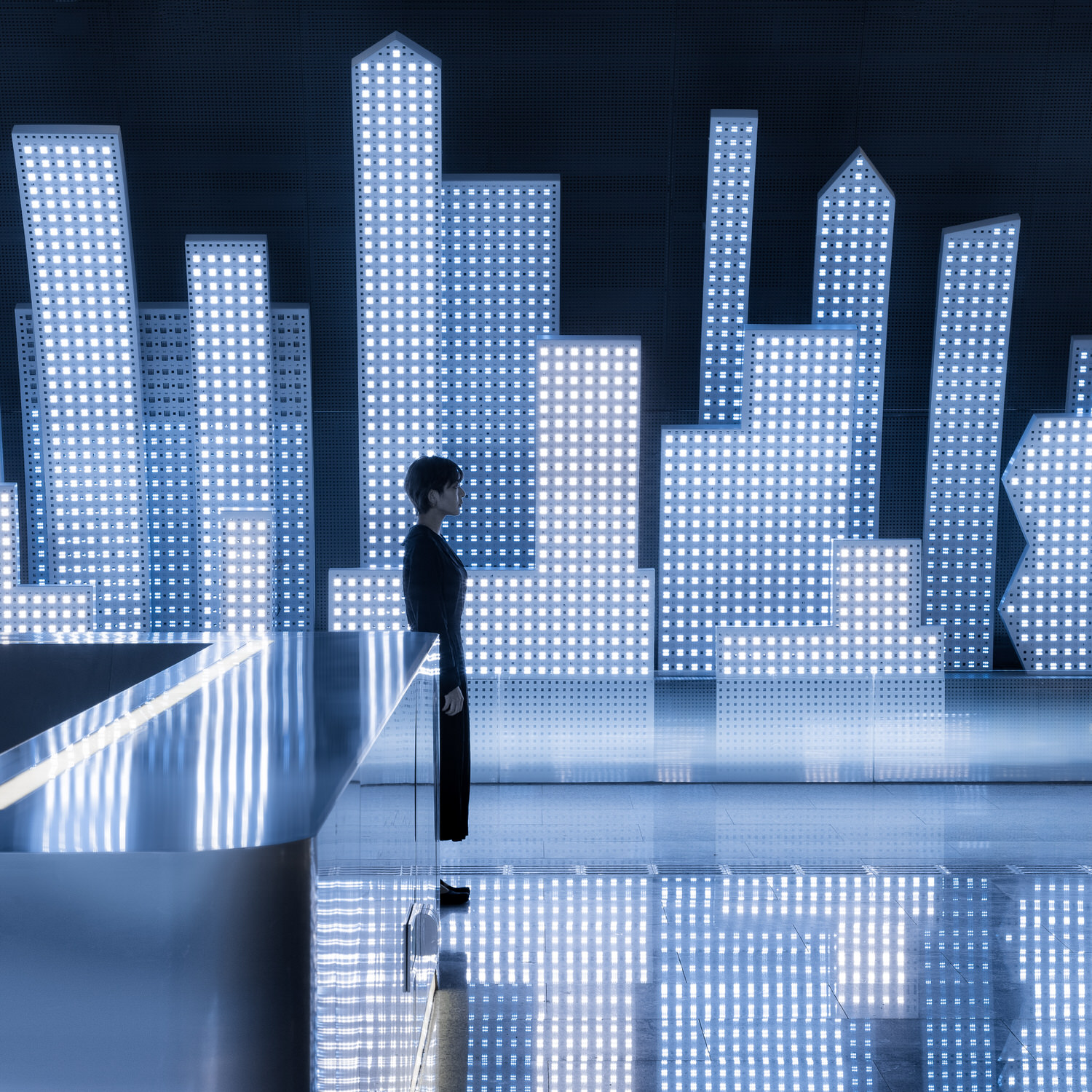 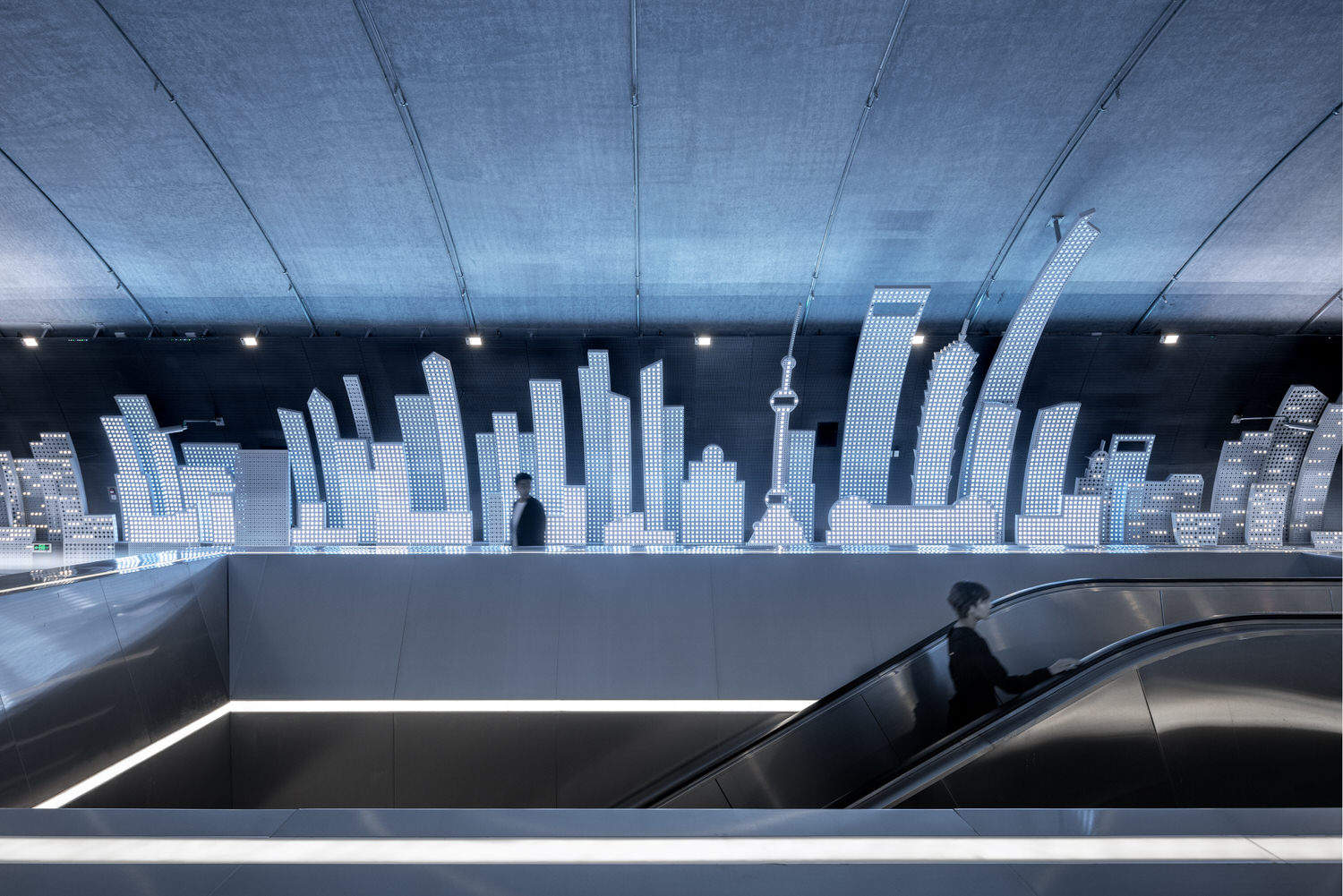 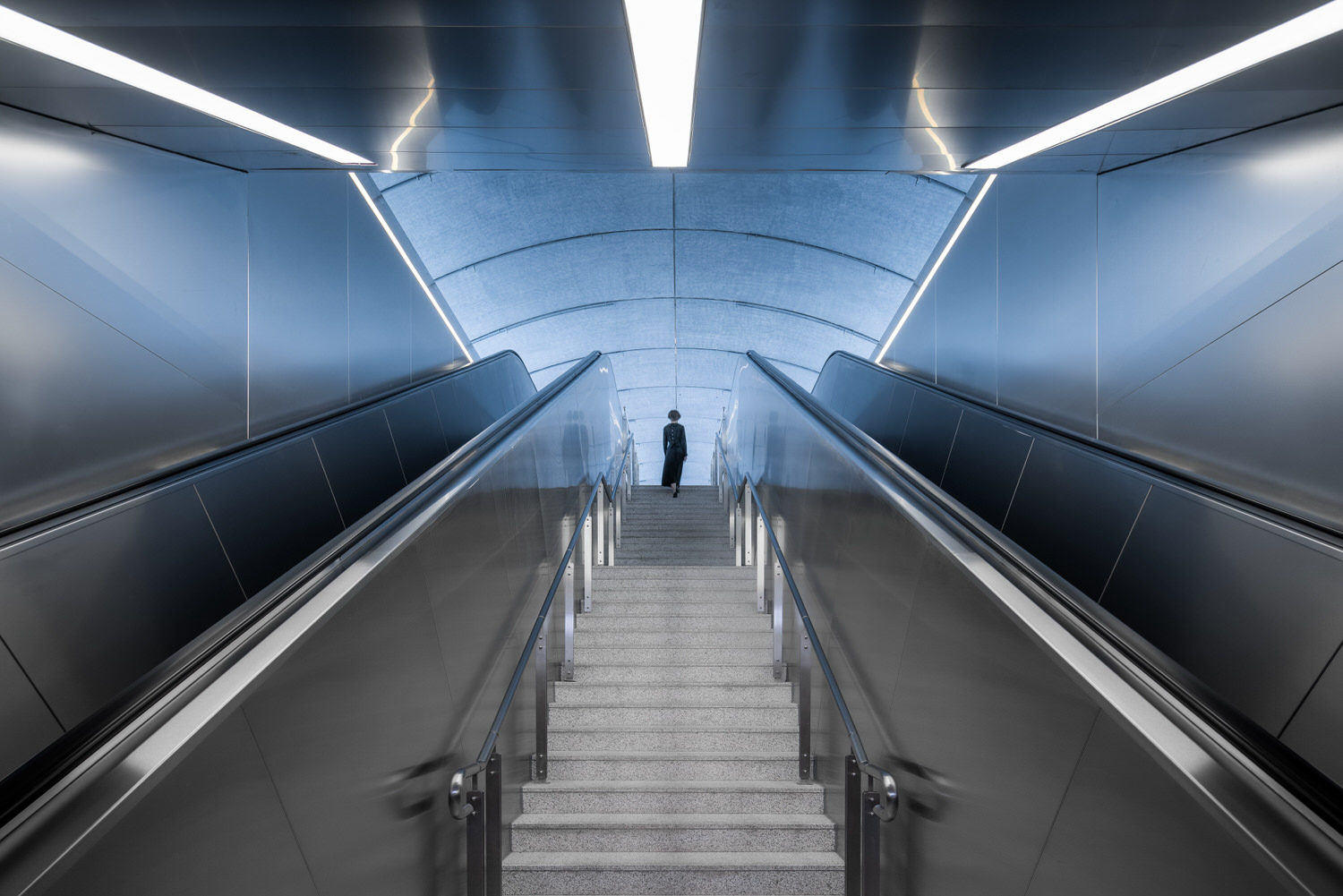 W-mills by Wutopia Lab (known as ) recently unveiled Line 15 Wuzhong Road Train Station featuring a romantic yet futuristic stop with a diorama-like skyline that celebrates’s architectural and technological feats. Commissioned by the Shentong Metro Group, the station opened just before Chinese New Year, symbolic to begin the year after the absence of socialising from the effects of the Covid-19 pandemic. Wuzhong Road Train Station is a space of optimism and hope – a place that aspires to make social interaction and gatherings vibrant.

The station is part of Shanghai’s ongoing extensive expansion of the subway network. Though the city’s foundation was deemed unsuitable for metro construction it still became the world’s longest running mileage of subway. Such record was desired to be celebrated within the new station, which the architects embed within the tunnel’s décor. 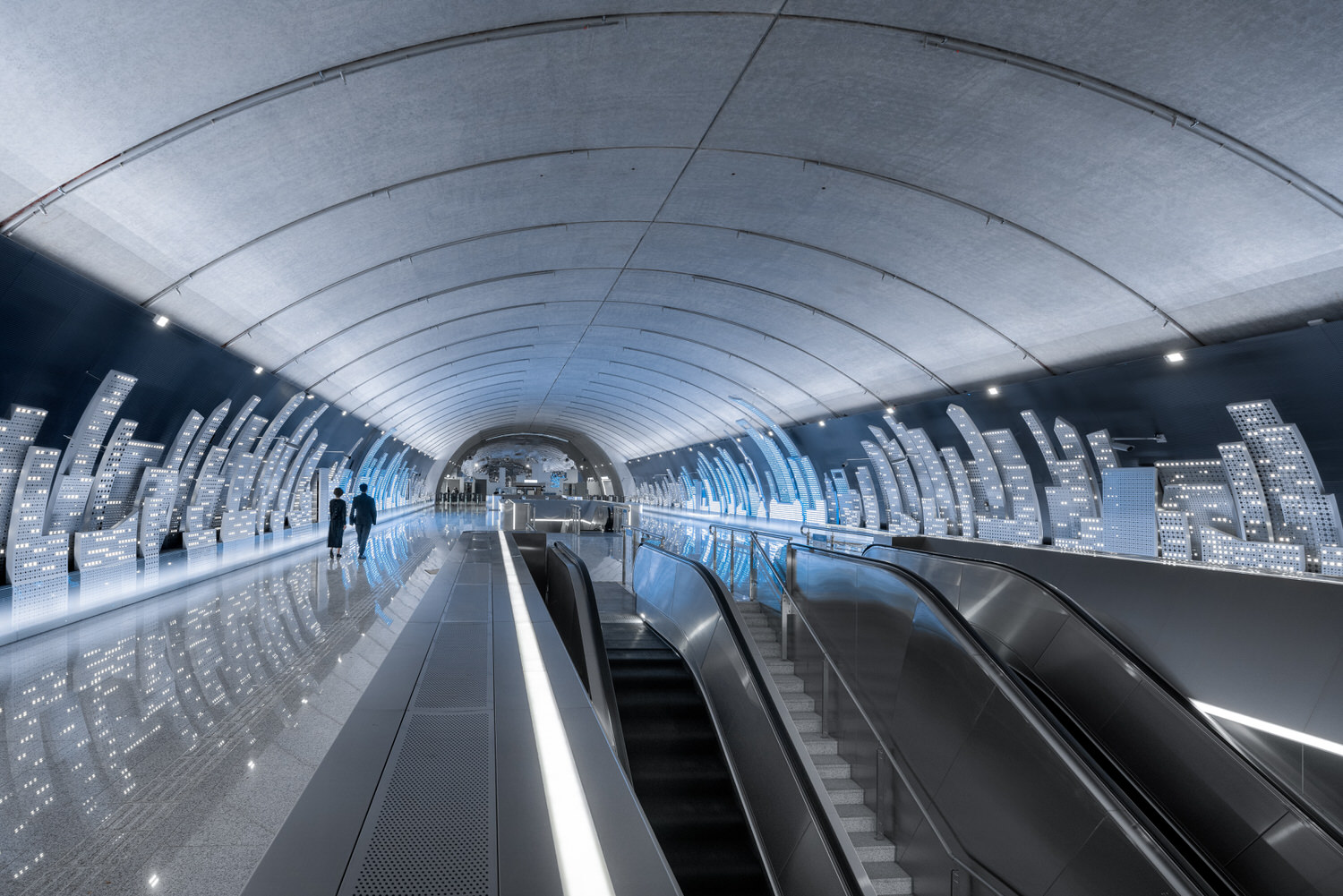 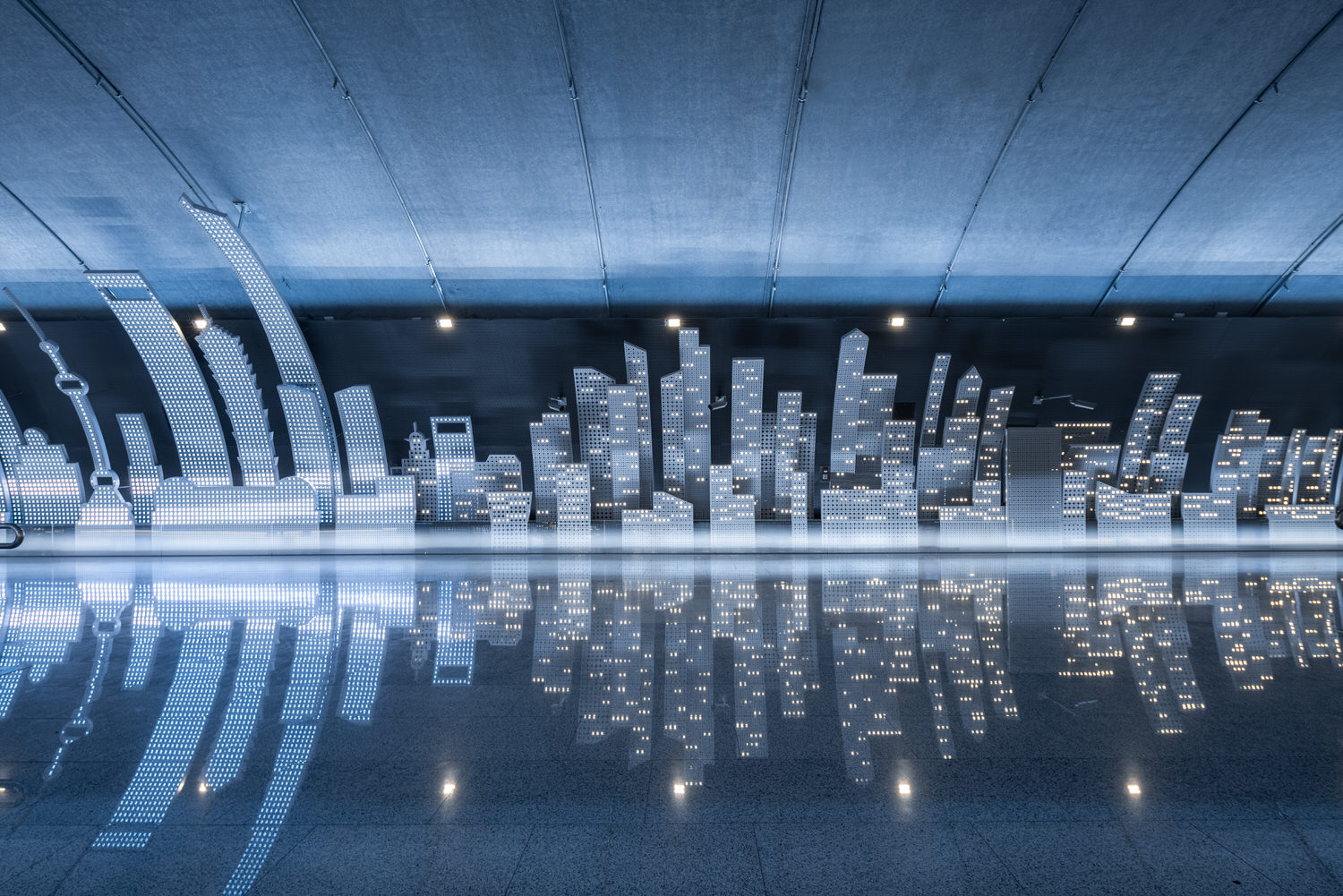 The interior is characterised by a semicircle form impressively supported by prefabricated arch-structure. Spanning at 21.6 metres it is the “first column-free unobstructed large-space platform hall of the Shanghai metro”. The main tunnel’s walls are layered with perforated aluminium panels cut to the shape of the cityscape that stands proudly between the Huangpu River. Perforation within the cityscape mimic windows that twinkles various light patterns, creating an illusion of a living city.

Adding the glistening sesame-grey granite floor tiles and the curved ceiling, visitors are privy to a snow-globe-like experience when entering the station from the train platform’s escalator – a captivating experience made to feel like the entire city is within one’s reach. A similar experience is mirrored in the transition spaces – white walls with LED lights peeking through outlines of building silhouettes are a calming prelude before entering the more immersive areas. 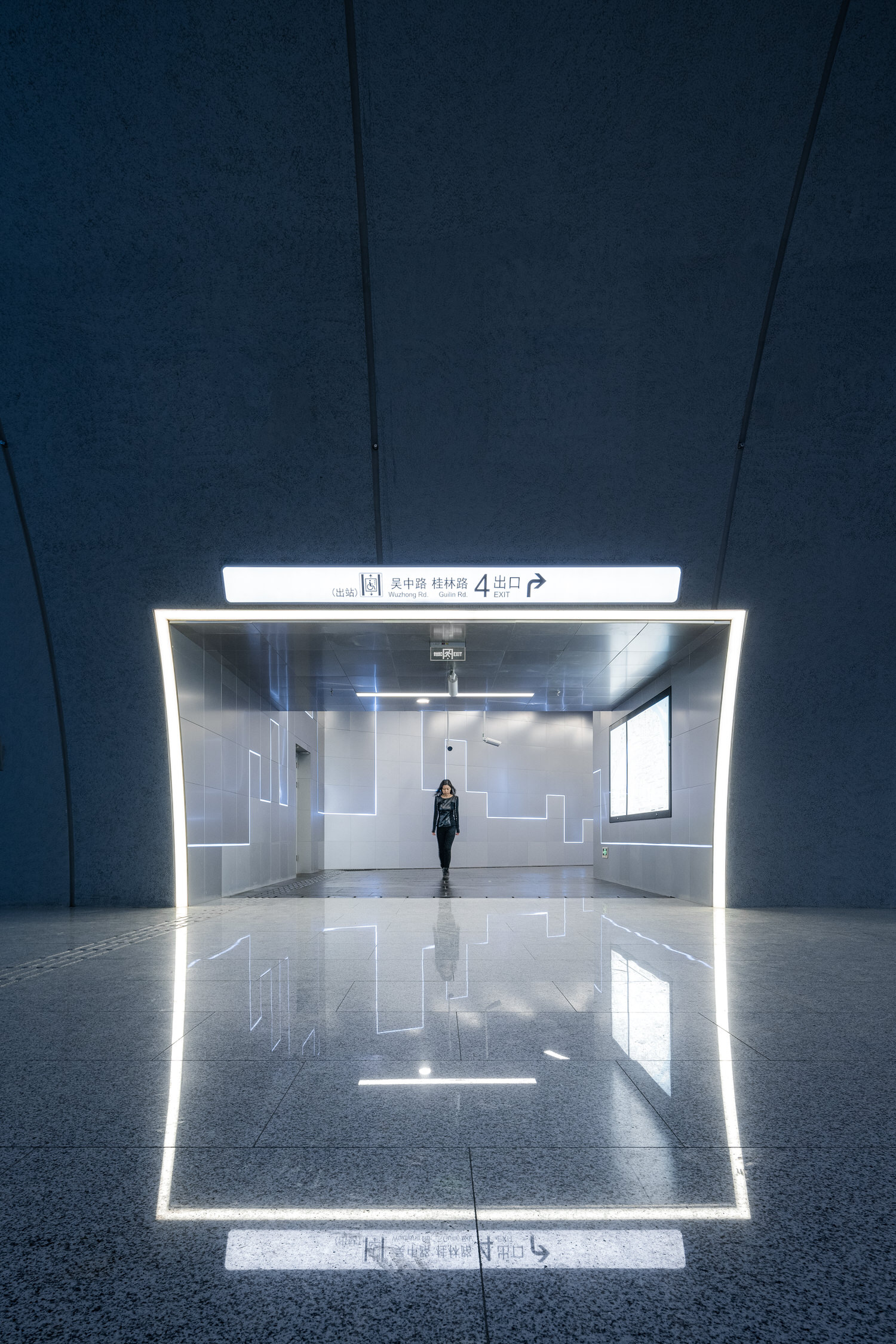 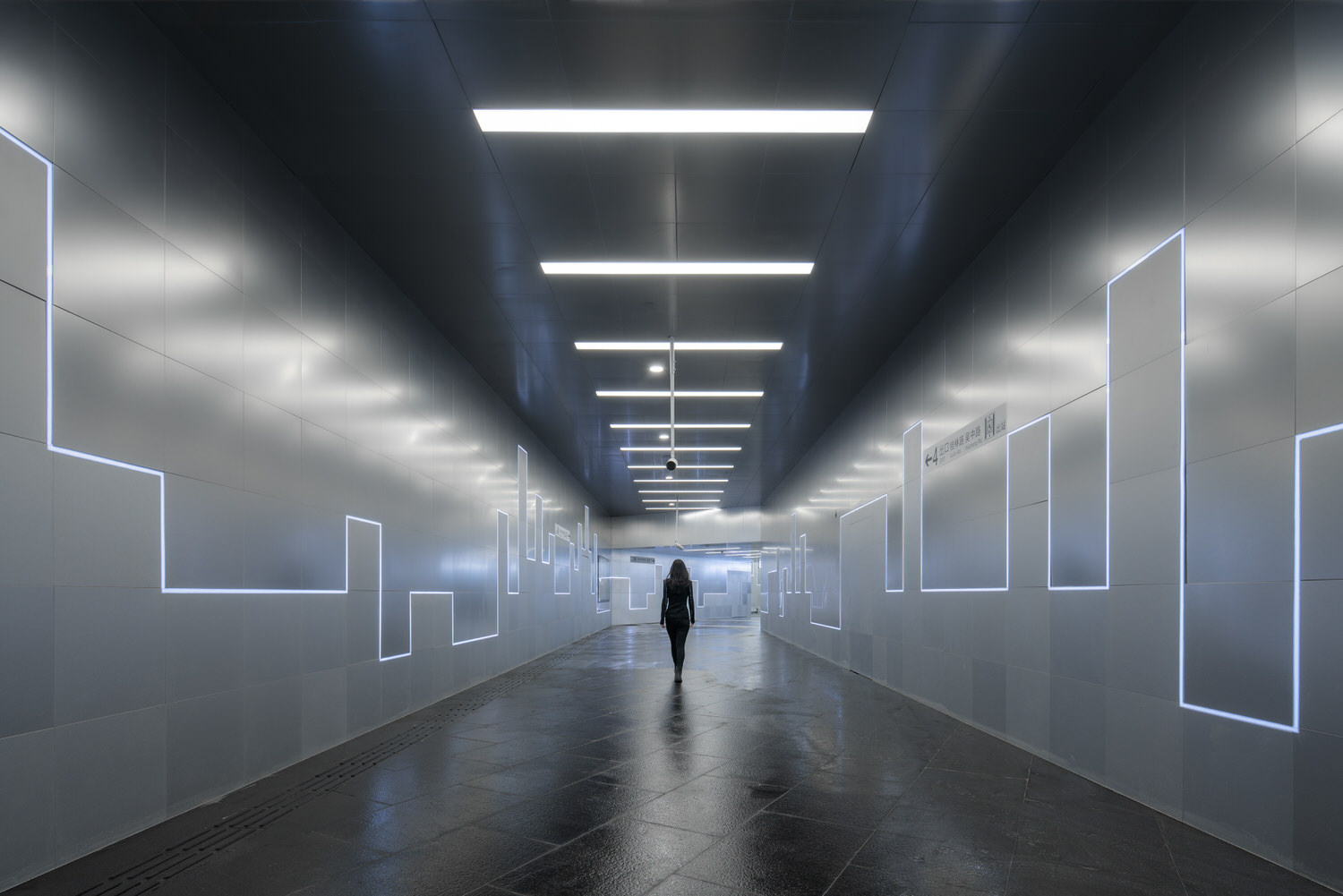 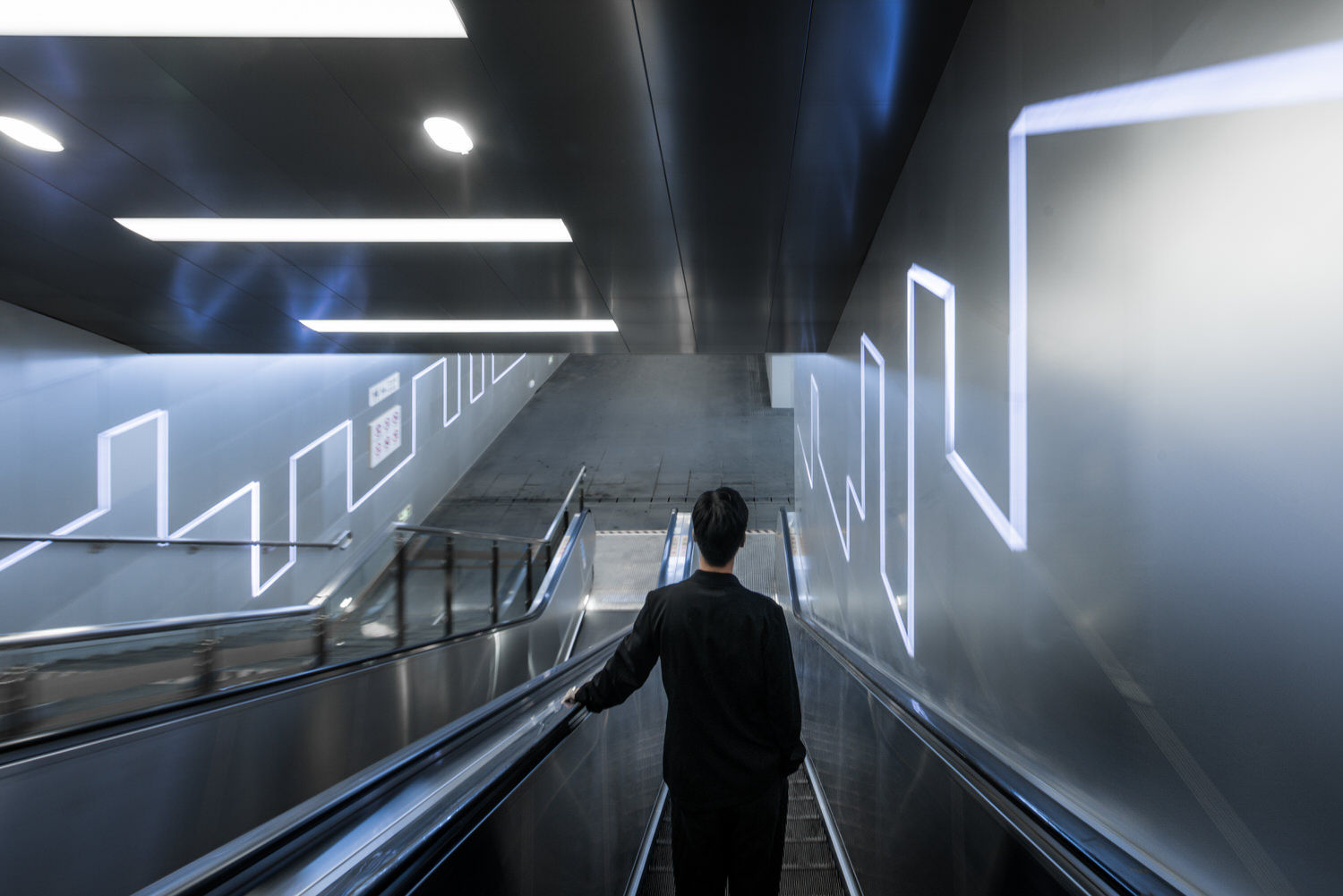 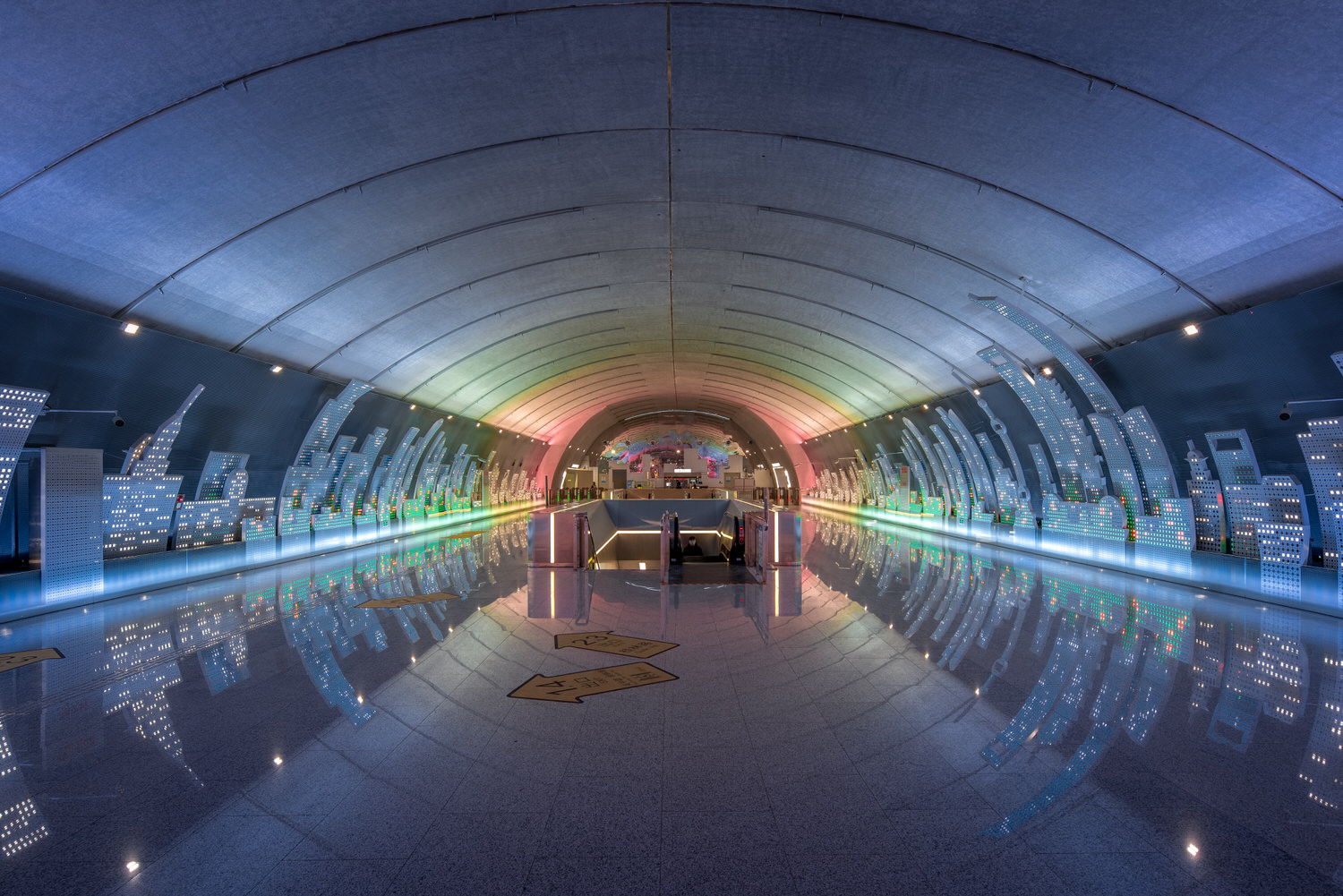 The sea of sparkling lights simultaneously celebrates the infrastructural feats – the aluminium panels and light walls strategically conceal services that could not be held behind the ceiling’s curved structure. Fixtures are fashioned into decorative features, like lights within the train platforms purposely angled to match the metro’s train routes.

“The Wuzhong Road subway station hall is the living room of the city,” explain the architects. “At this time, Shanghai becomes a world of light, a sea of light, like countless stars falling on the world.” The 4,000 square metre Train Station proudly greets and welcomes visitors as they socialise, becoming mesmerised by the city’s powerful growth. Get ready to be wowed by the winter-hued (or rainbow) night-time effect while trying to spot the Pearl Tower, the Triple Towers or the world Financial Centre – buildings that famously preside of Shanghai’s iconic skyline.