When tasked with designing a new community resort complex in China’s mountainous Zhejiang province, the Japan-based used the area’s natural beauty and atmospheric phenomena to guide their work. 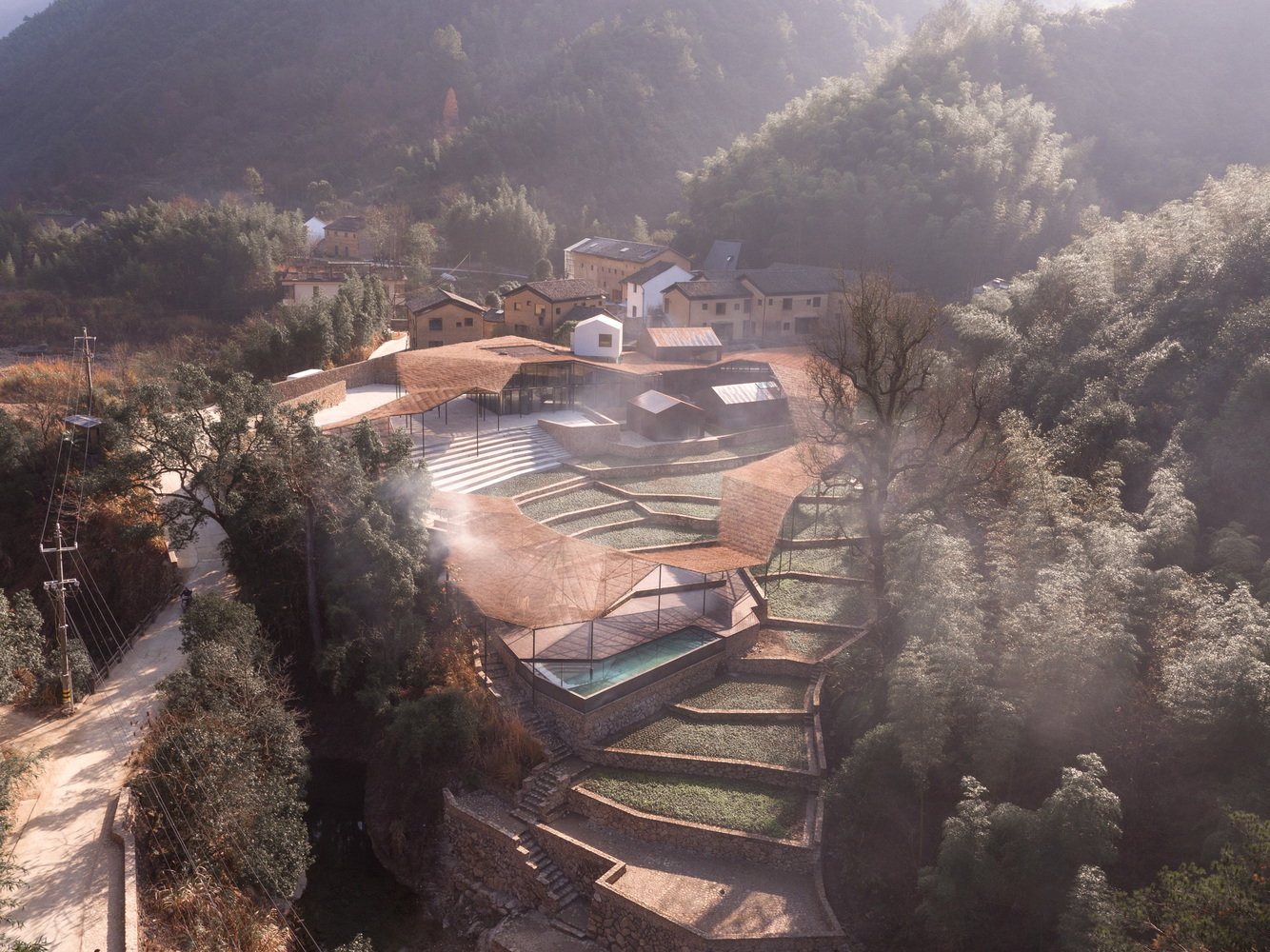 “I was very impressed by the village. It was quite beautiful,” explains founder and architect Sou Fujimoto. “The weather was mostly cloudy when I visited there, with a bit of misty and foggy air surrounding the entire village.” 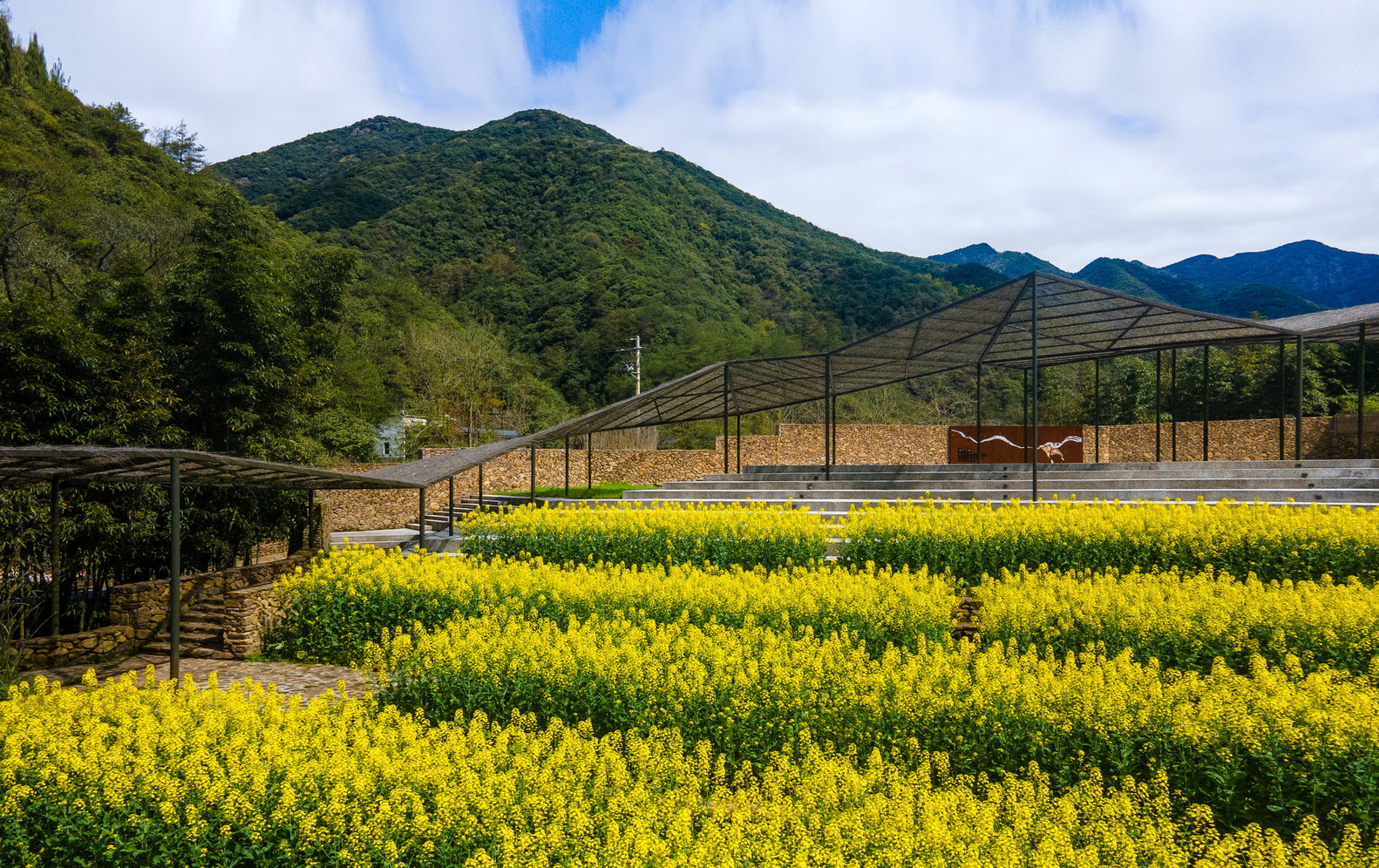 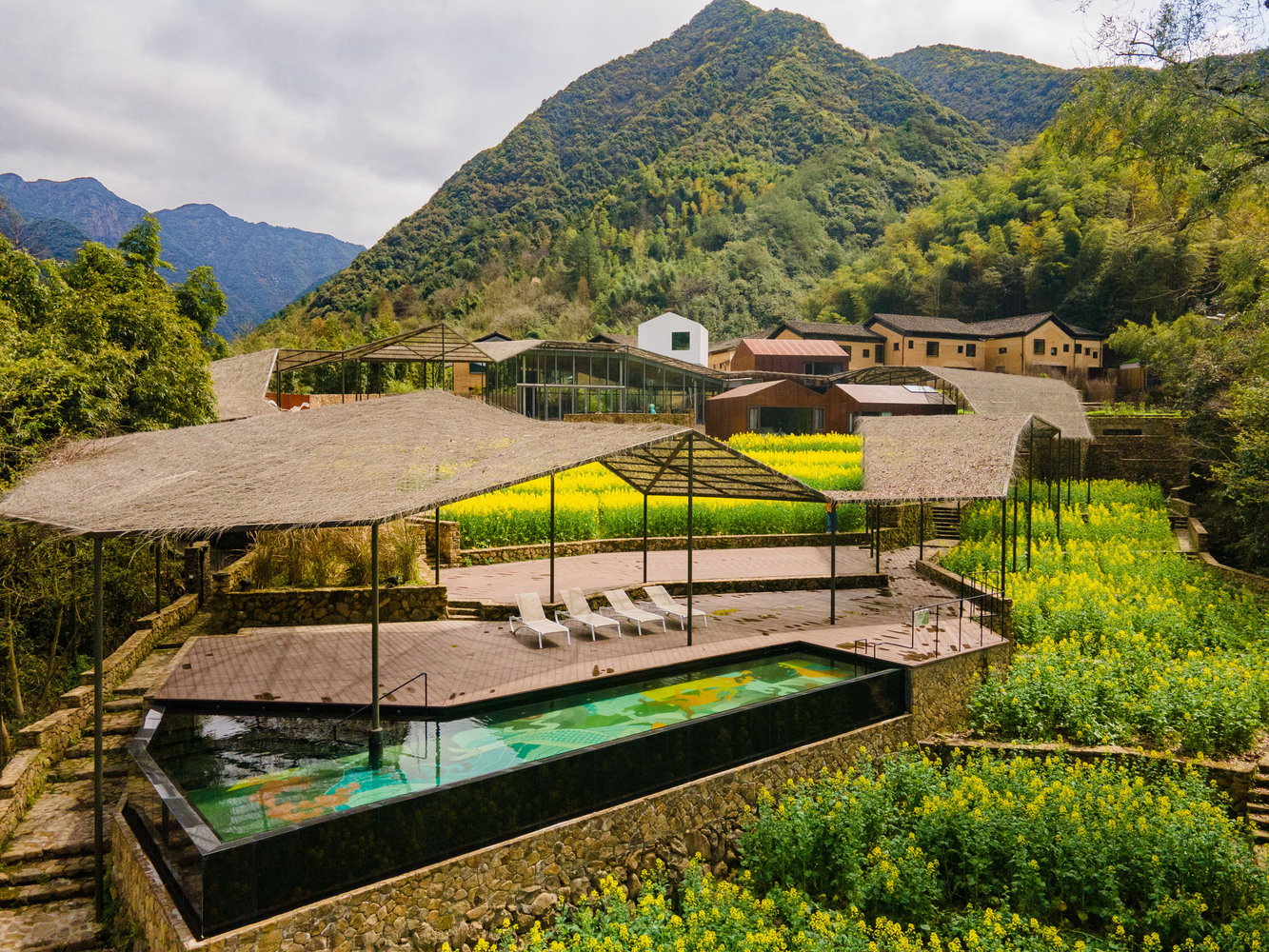 The resulting ringed structure “was inspired by the site itself, especially the fog and clouds that diffused over the village,” adds Fujimoto. “They were like buildings floating in the air, or rather, like roofs connecting nature, buildings, and various sceneries around. The continuing terraced fields created an architectural image and made the whole area very dynamic and vivid. Therefore, we proposed a floating canopy just like a , hugging the landscape and being part of it.” 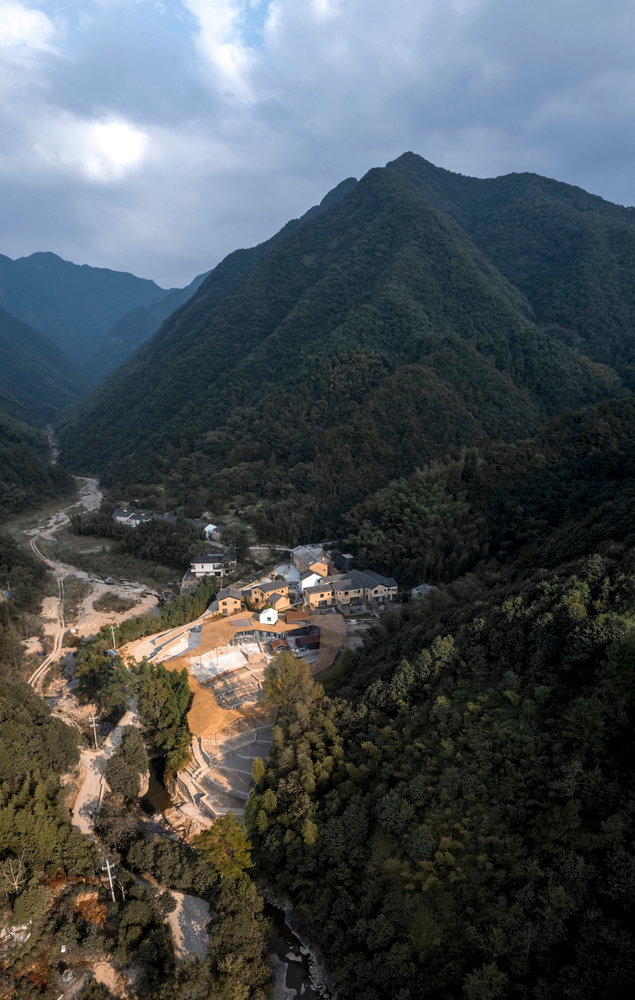 The plan for the officially titled “Fangyukong Cultural & Creative Resort Complex” began with the main building, an open space to be used for exhibitions, conferences, and art galleries. Enclosed with floor-to-ceiling window walls, this structure allows for maximum connection with the surrounding nature but still provides protection from snow and wind. The ceiling is lined with dry, woven grasses, continuing the feeling of symbiosis with the outdoor world. 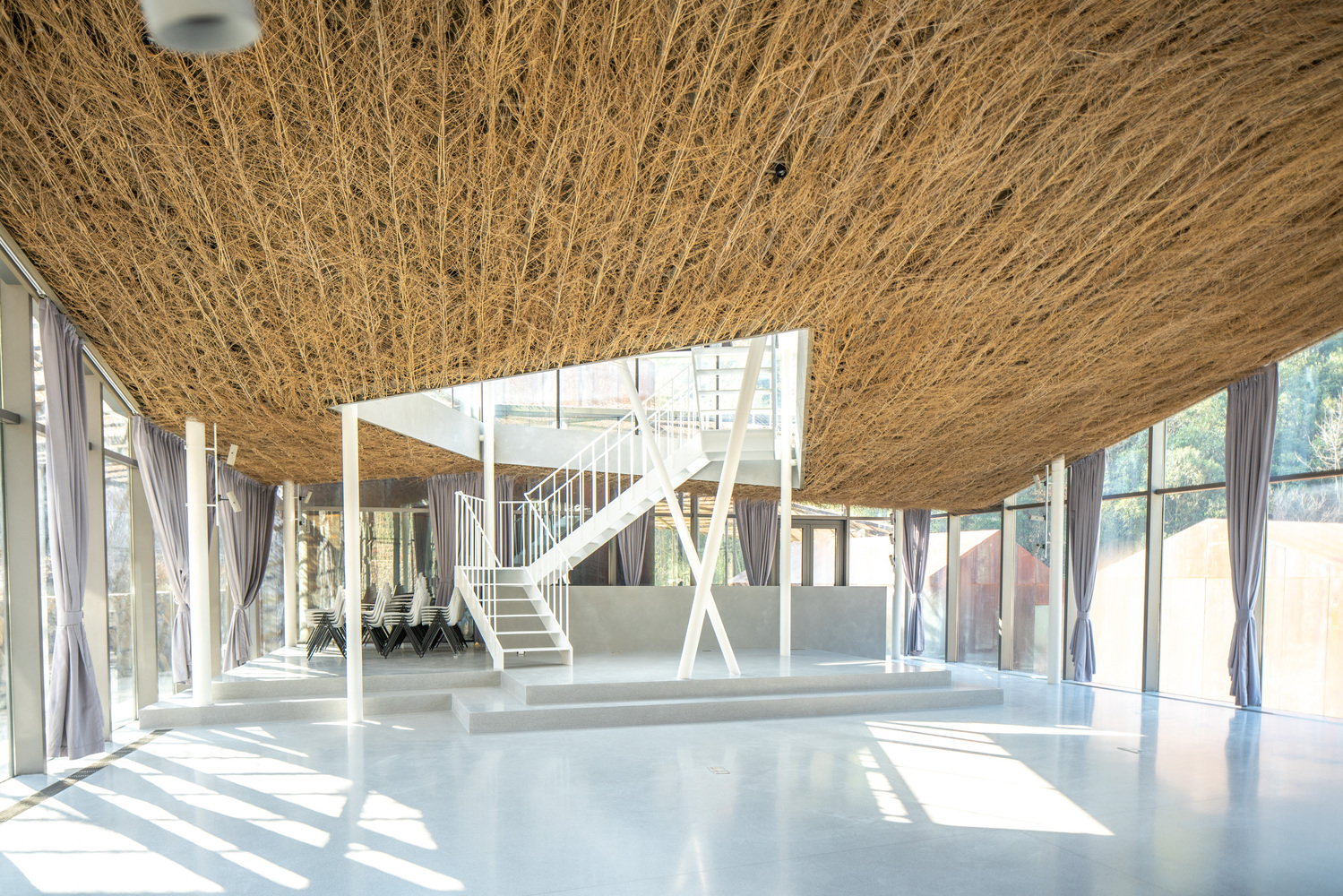 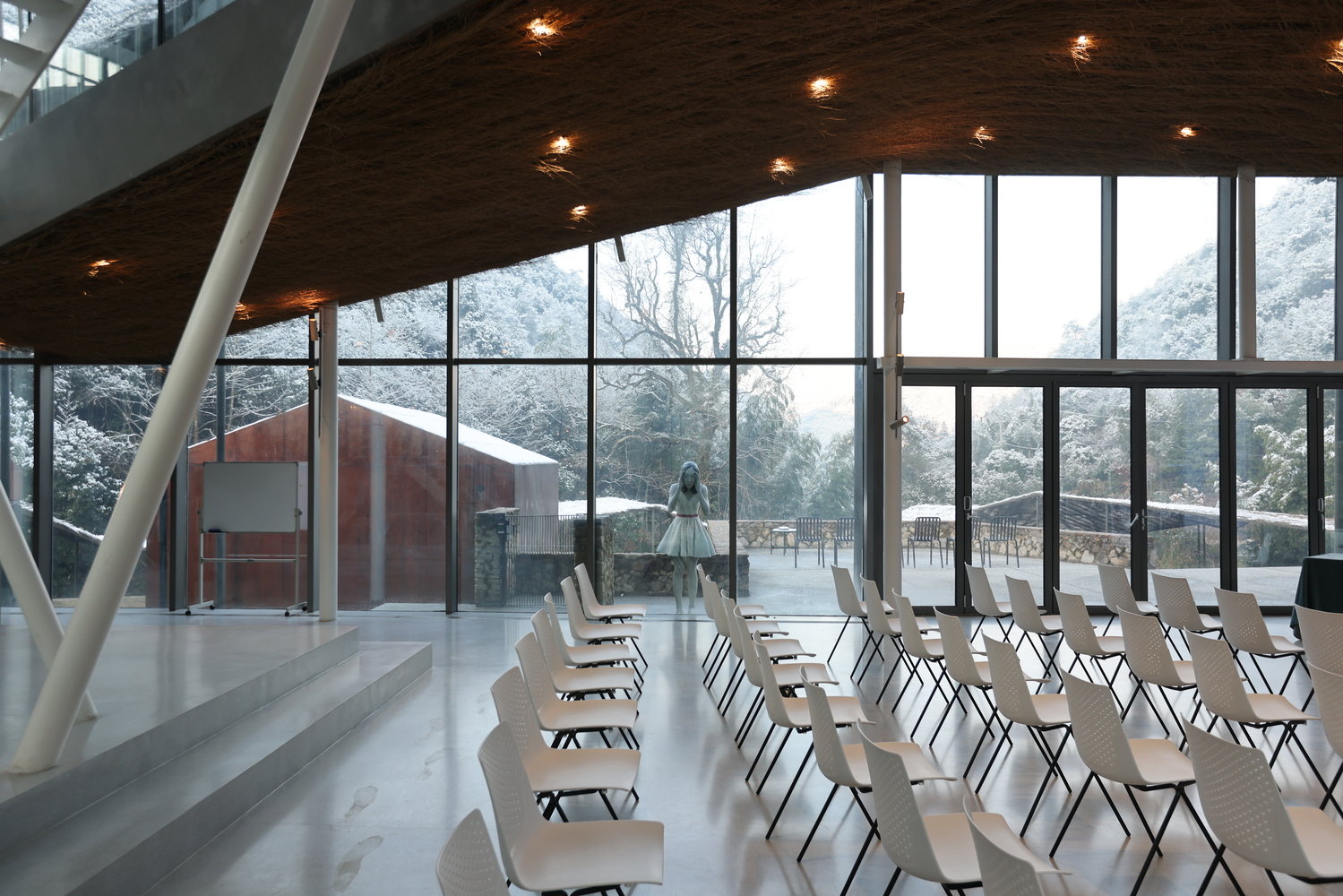 From the main building, a steel-framed canopy covered in more natural fibers weaves its way in a circle down the multi-terraced complex, with its lowest point shading a glass-enclosed swimming pool and nearly connecting to the adjacent river, adding to the flow of the landscape instead of interrupting it.

“While distinguishing buildings and natural fields, the canopy creates a view just like a huge courtyard facing the sky,” the firm explains. “…We named the project ‘Flowing Cloud’ from the impression of the environment when we first visited the site, but also for the soft shape of the entire canopy.” 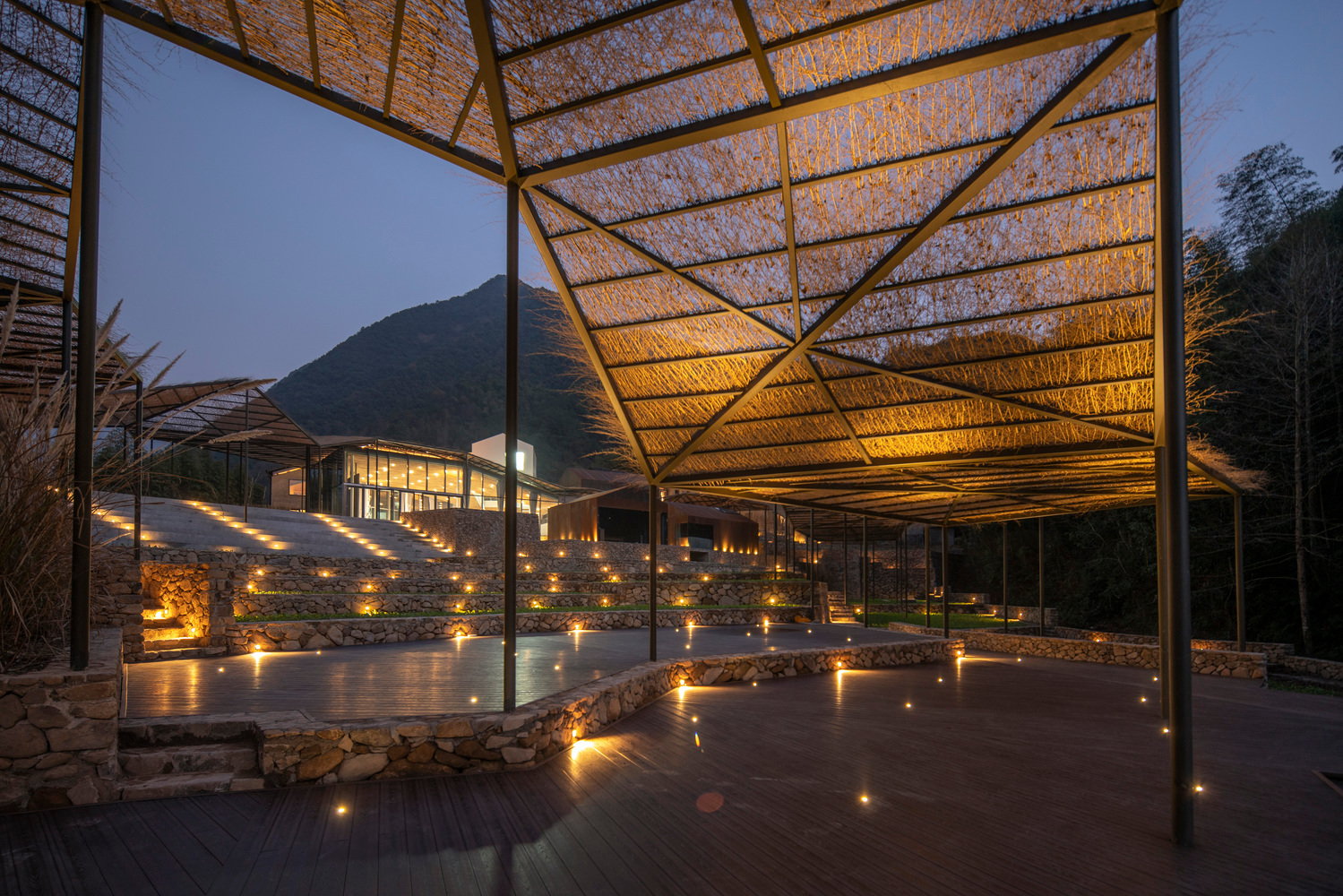 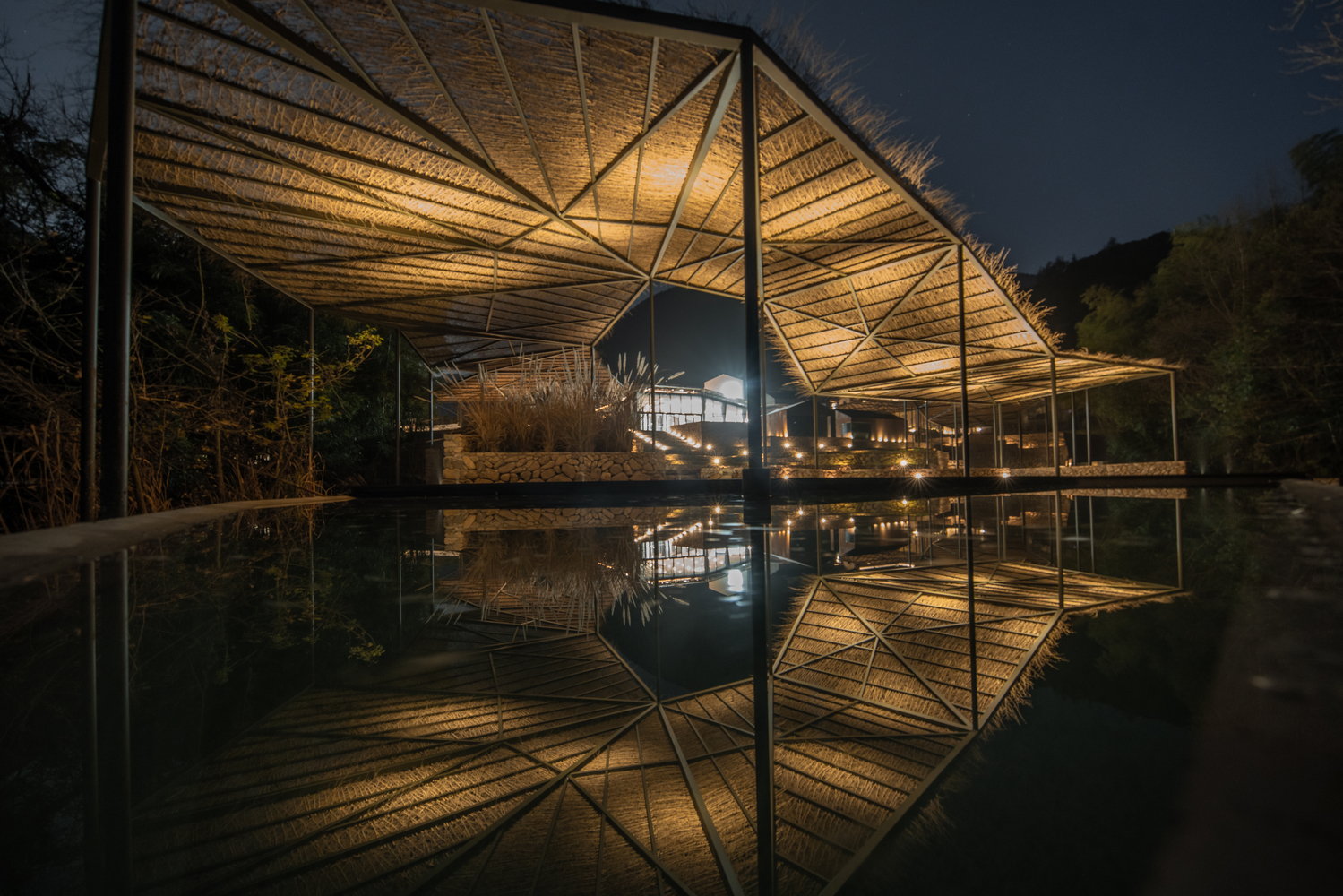 In the middle of the pavilion’s loop is an outdoor amphitheater of flower-filled steppes, accessible by stone staircases on either side.

The firm adds: “We look forward to having people come to visit, lingering around the poetic village, walking under the floating canopy, and enjoying the picturesque views of the beautiful nature.” 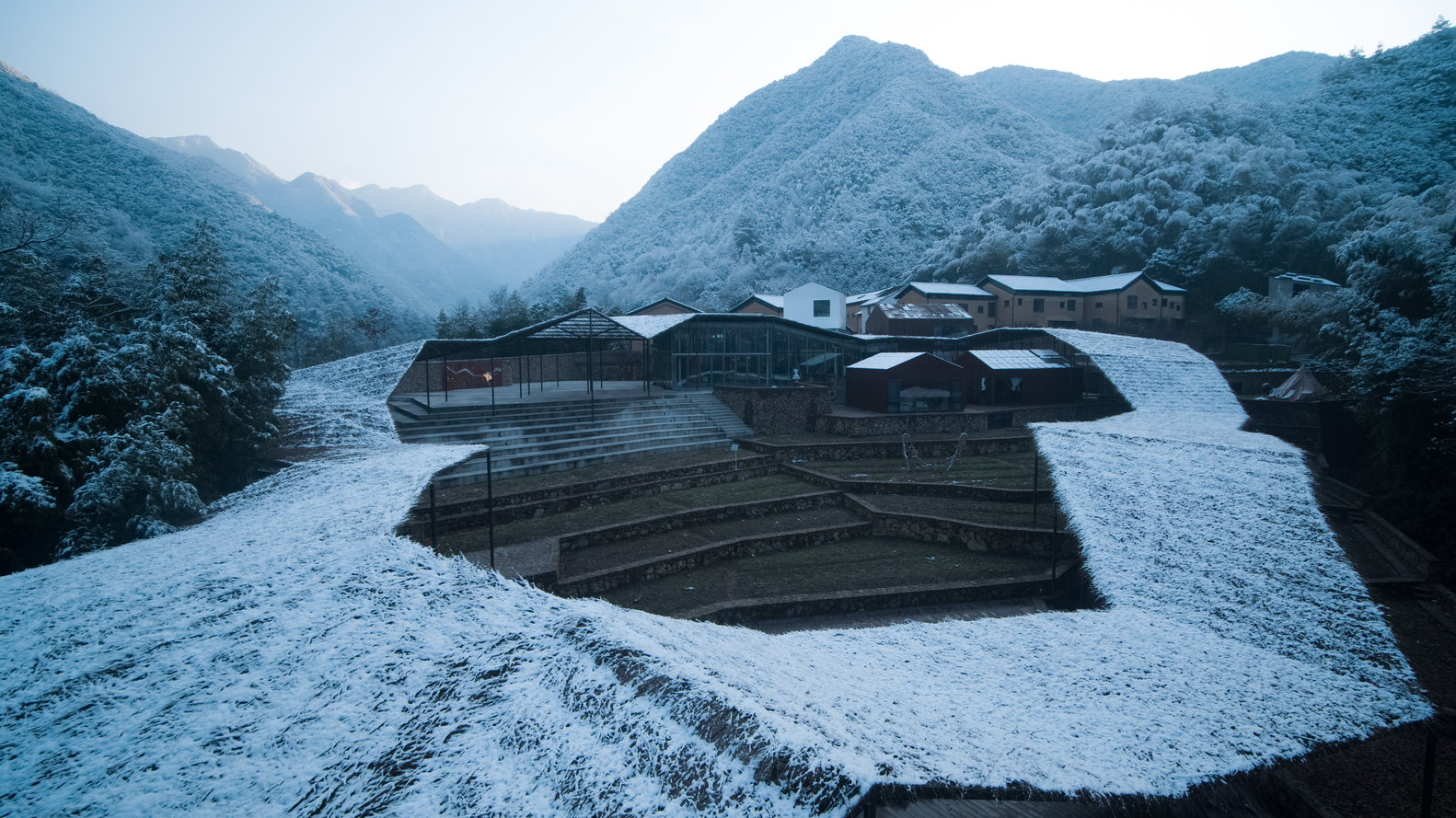 Hokkaido-native Sou Fujimoto grew up exploring the many mountains and forest of his island, spawning his life-long love of the natural world. He is particularly inspired by , which he says represent “a raw space where function was determined based on human behavior.” A few years after graduating in Architecture from the University of Tokyo, he founded his eponymous architecture firm in 2000, becoming known for his houses with light structures and permeable enclosures that allowed residents to stay in touch with their surroundings. 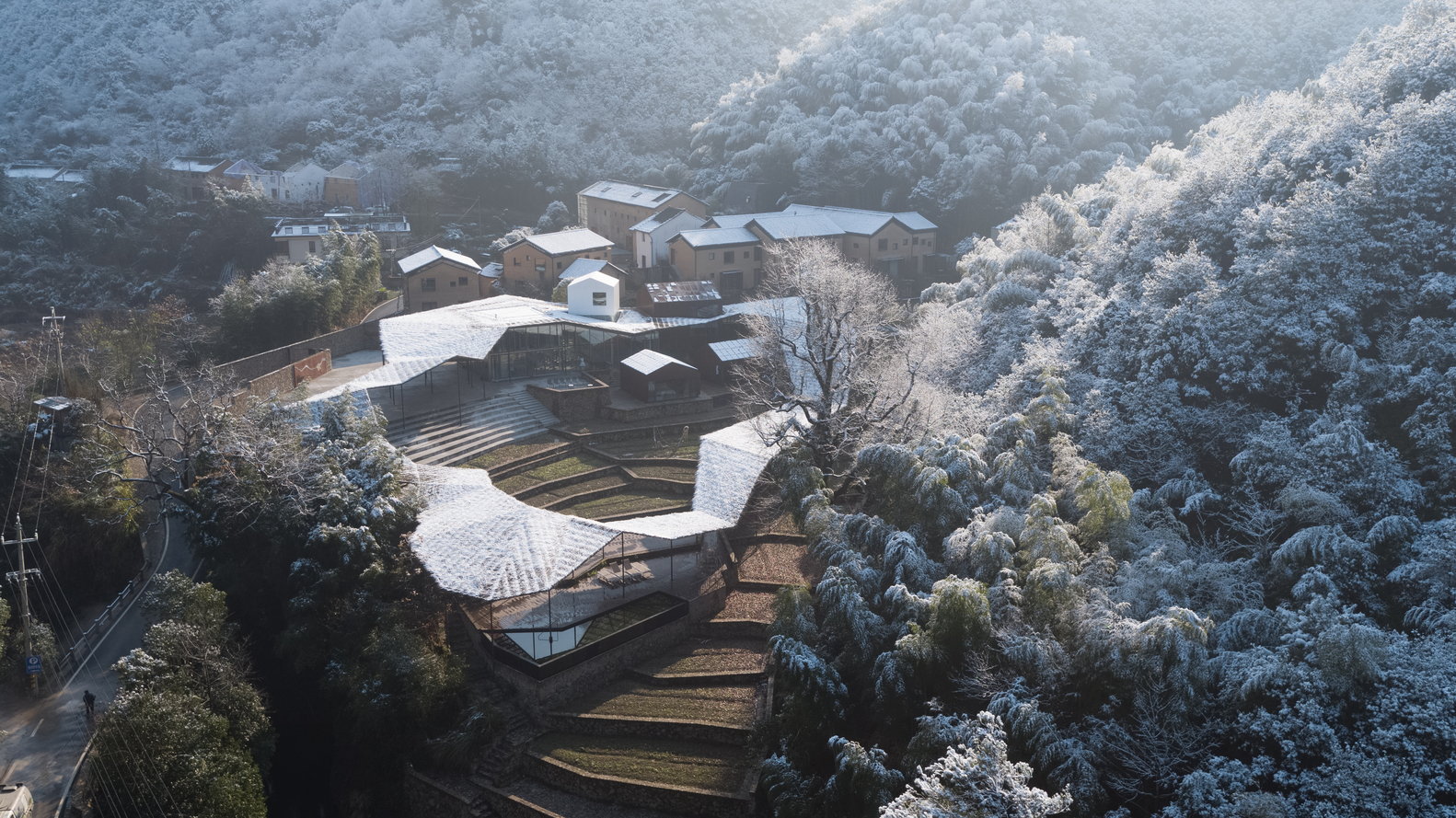 The firm’s work became well known around Japan, landing them major contracts in Europe including the design of London’s temporary Serpentine Gallery and the redesign of a plot in the 17th arrondissement of Paris. In 2021, Fujimoto earned his master’s degree from l’École Spéciale d’Architecture in Paris. In addition to his design work, he lectures regularly at the Universities of Tokyo, Kyoto, and Minato.