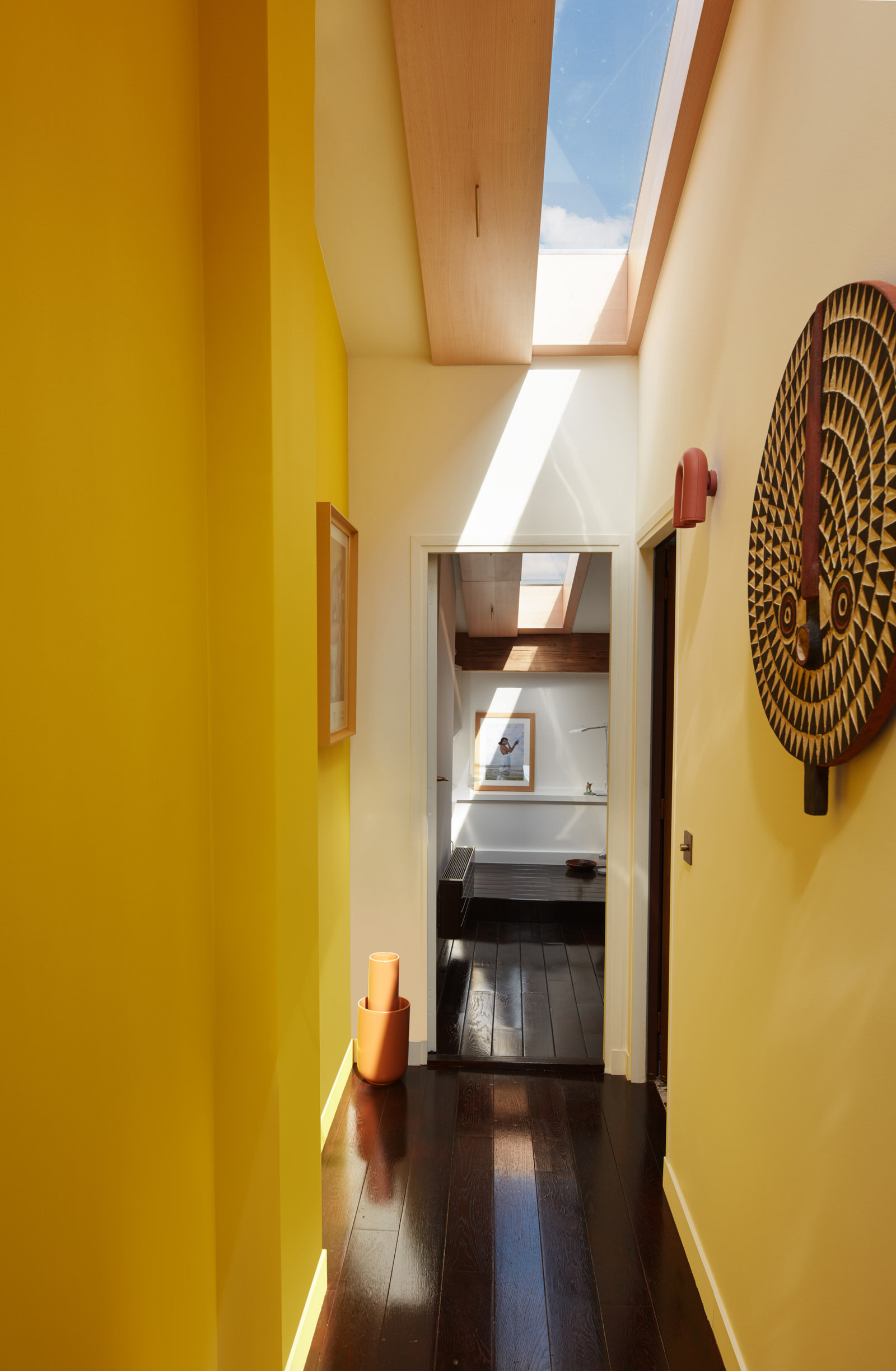 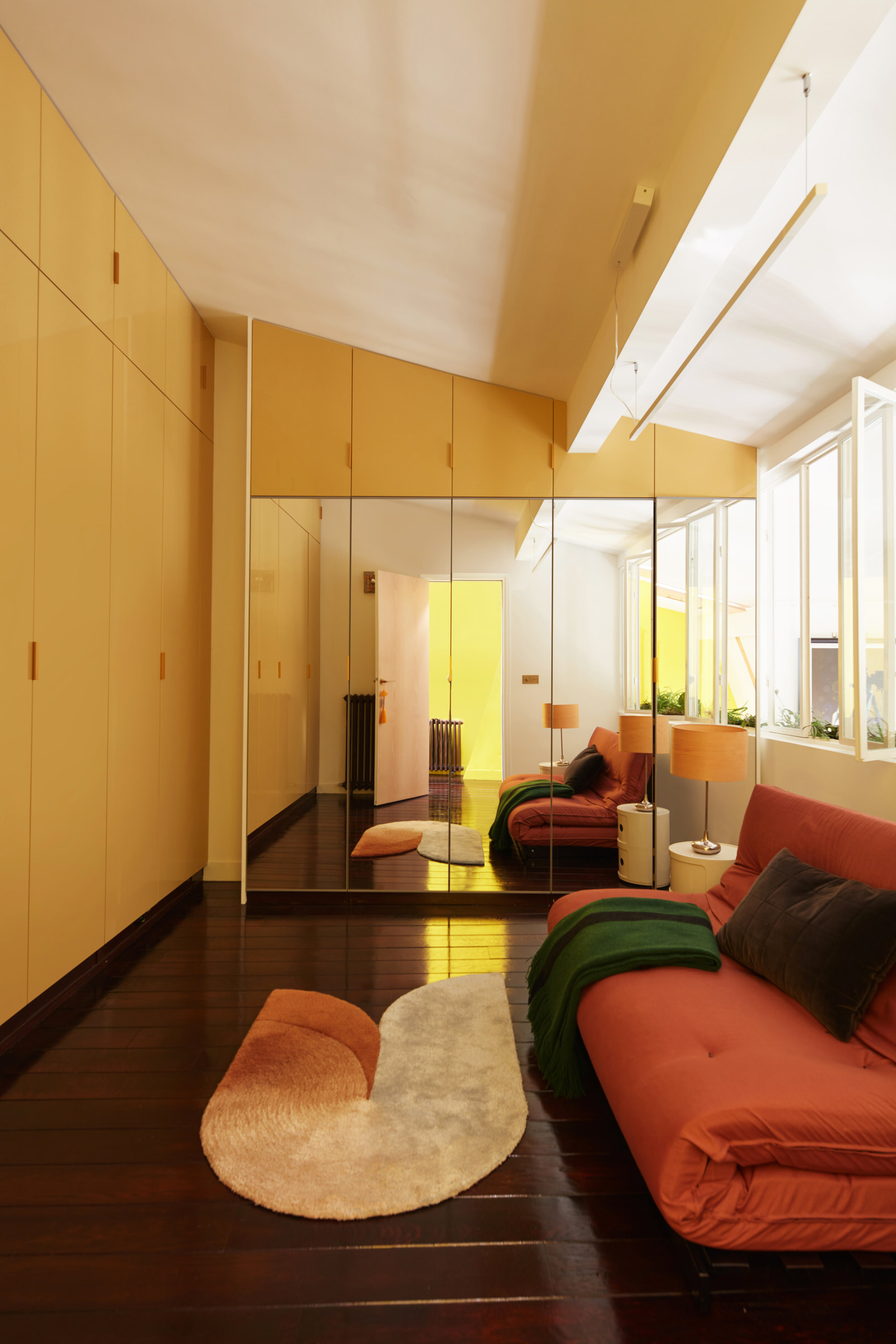 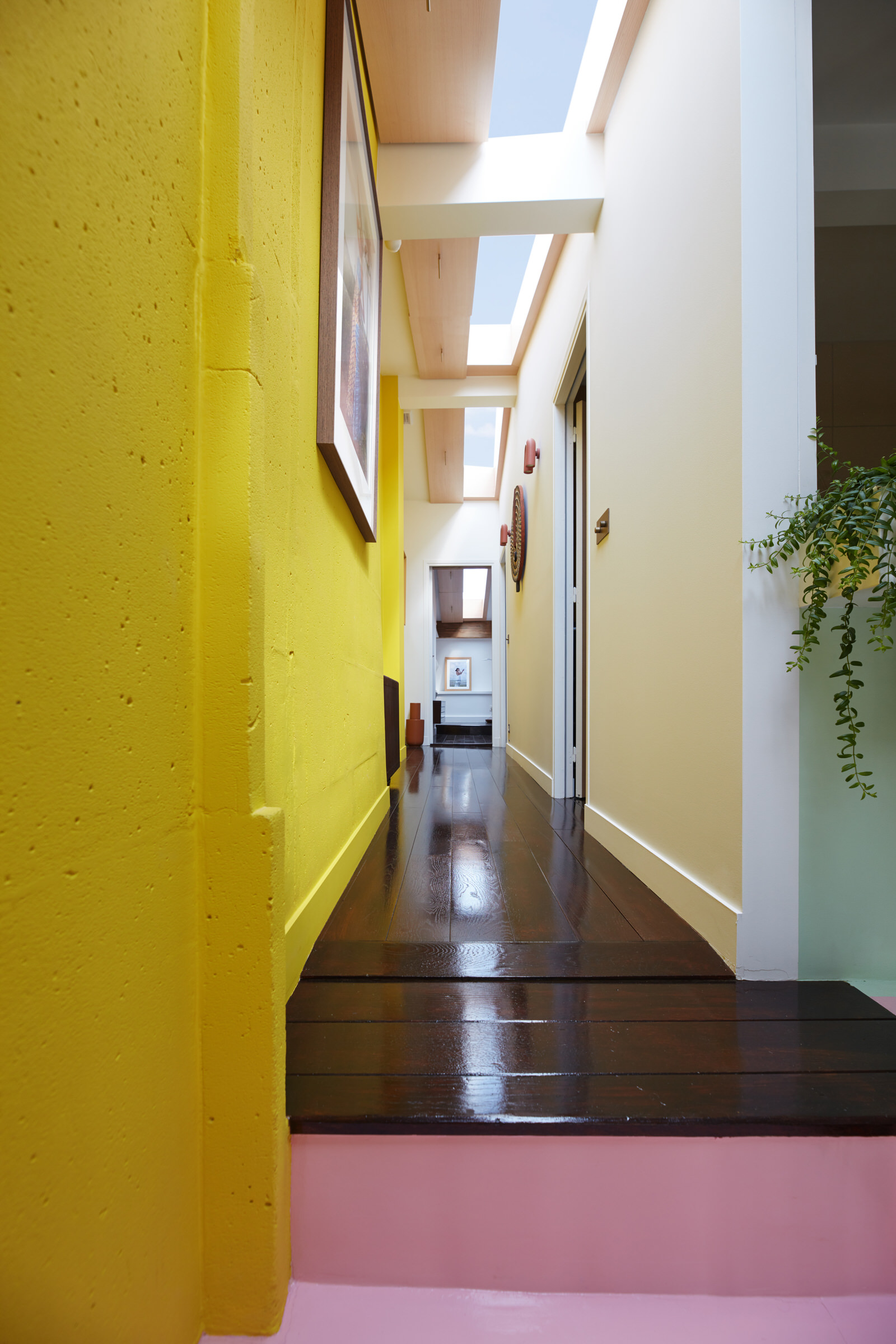 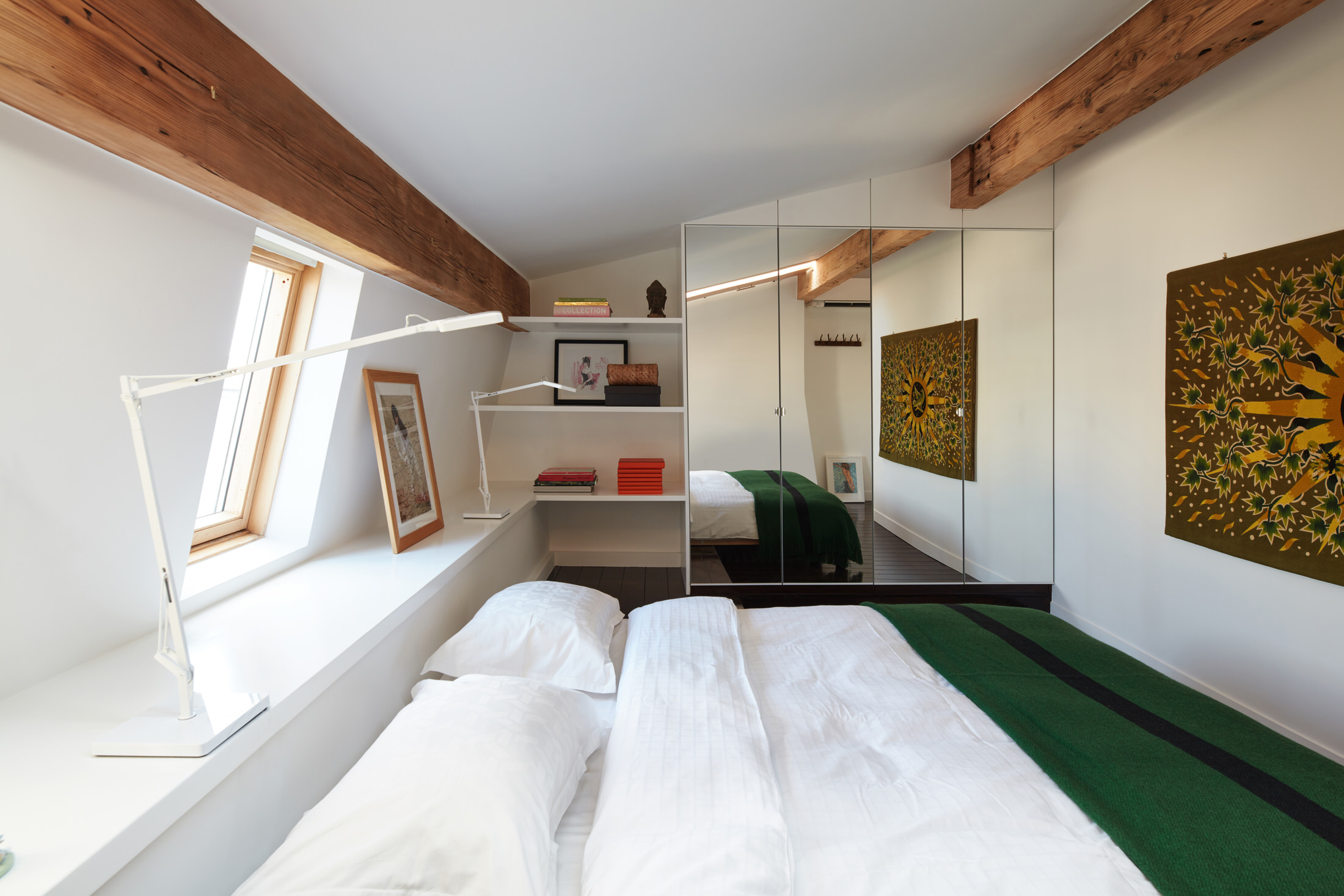 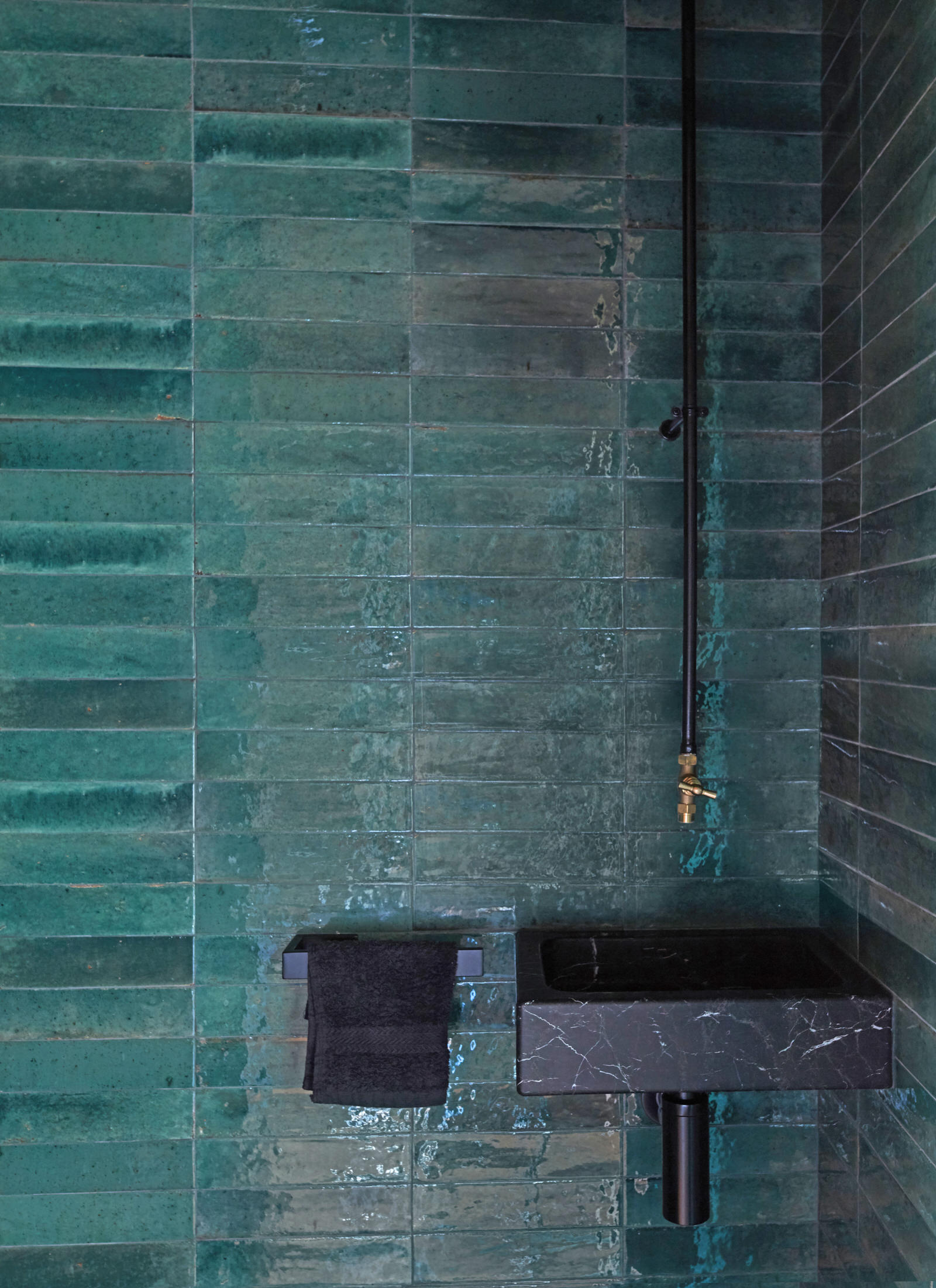 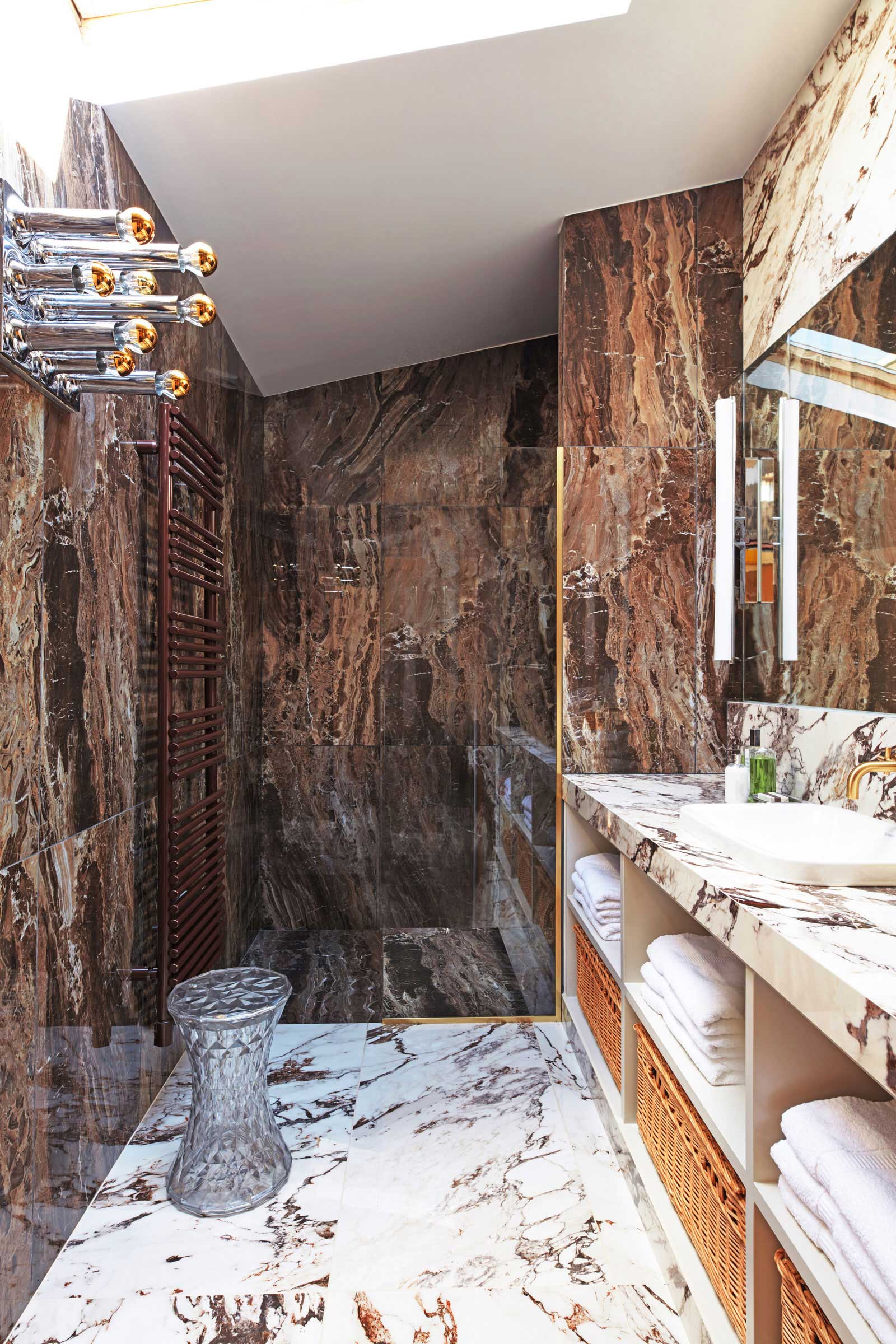 This renovation of a by successfully engages its inhabitants with the rhythms of the day through a distinctly architectural interior scheme. Located in Marais and spread across the top two floors of a not so quintessential Parisian-style building, Gautrand sought to maximise the flow of natural light throughout the 115 square metre duplex.

“In Paris, we can easily fall into darkness and a kind of disintegration with the elements of nature,” cautions Gautrand. “As someone who was raised in Marseille, I am particularly attached to the qualities of colour and natural light.”

Heavily partitioned, an envisaging of the interior volume was constructed to form an open, light-filled, space that made the most of the position of the apartment at the top of the building. The team took an architectural approach to sculpting the interior. Walls between rooms were removed, as the project became about volume and while taking full advantage of the windows on the eastern and western facade of the building. 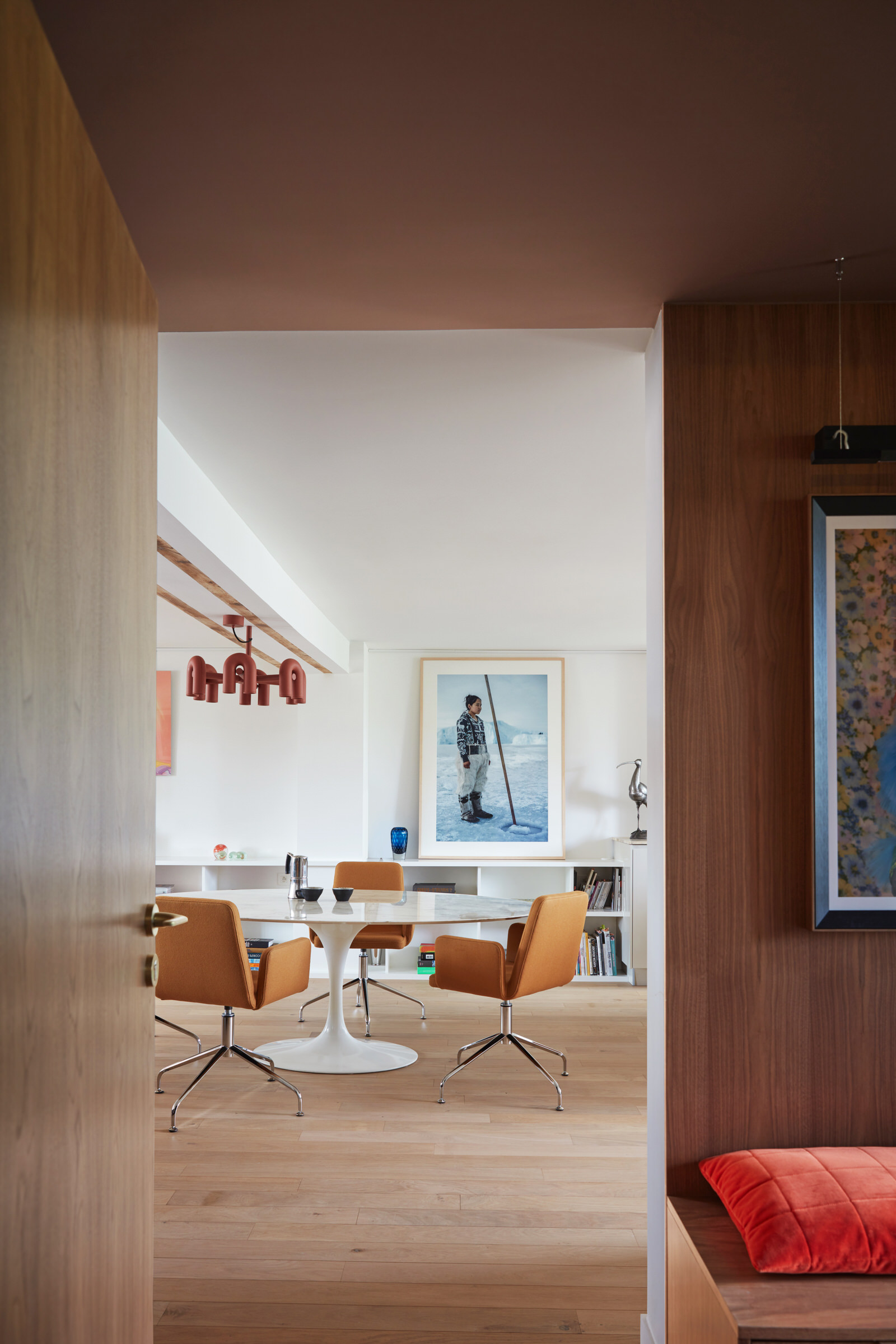 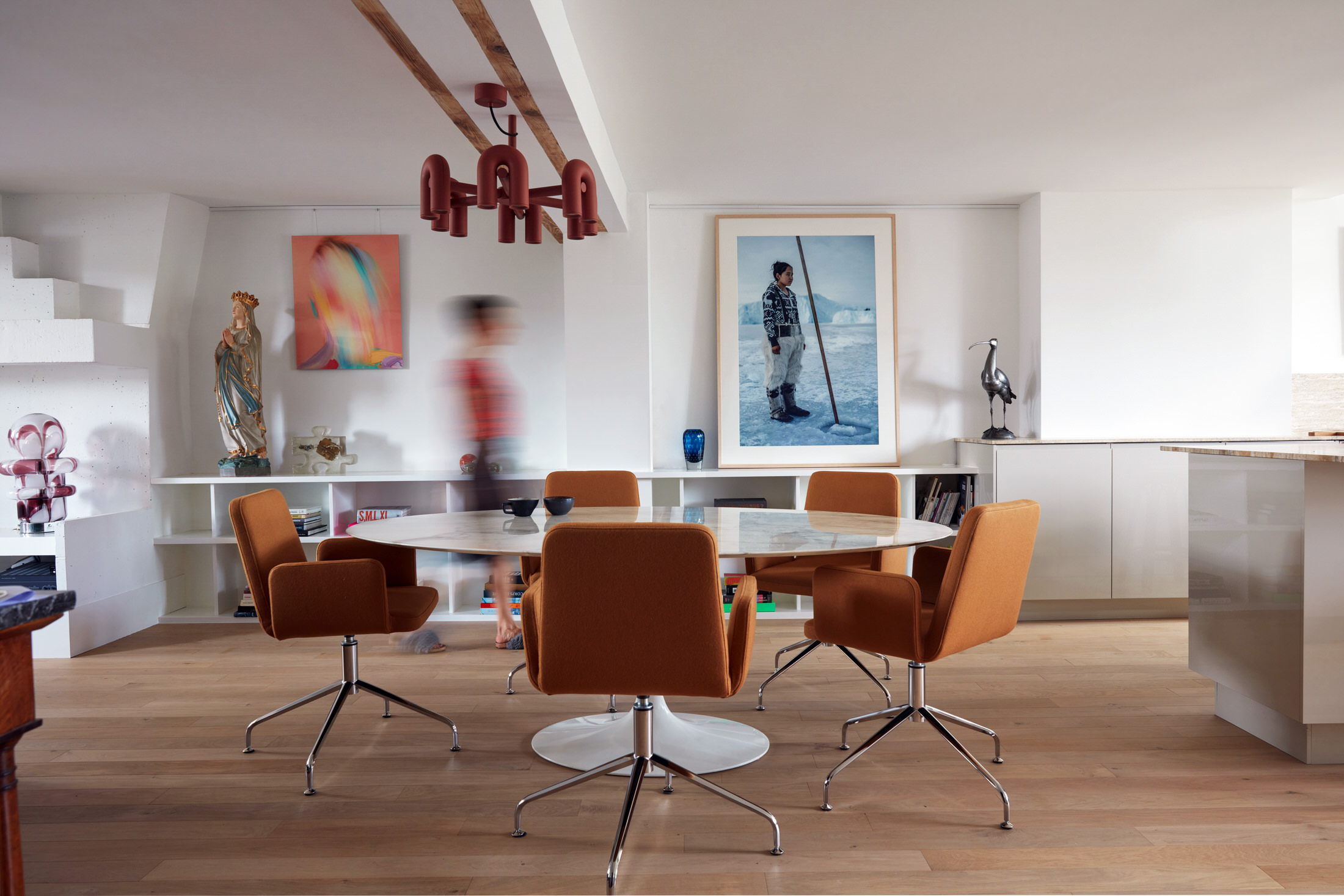 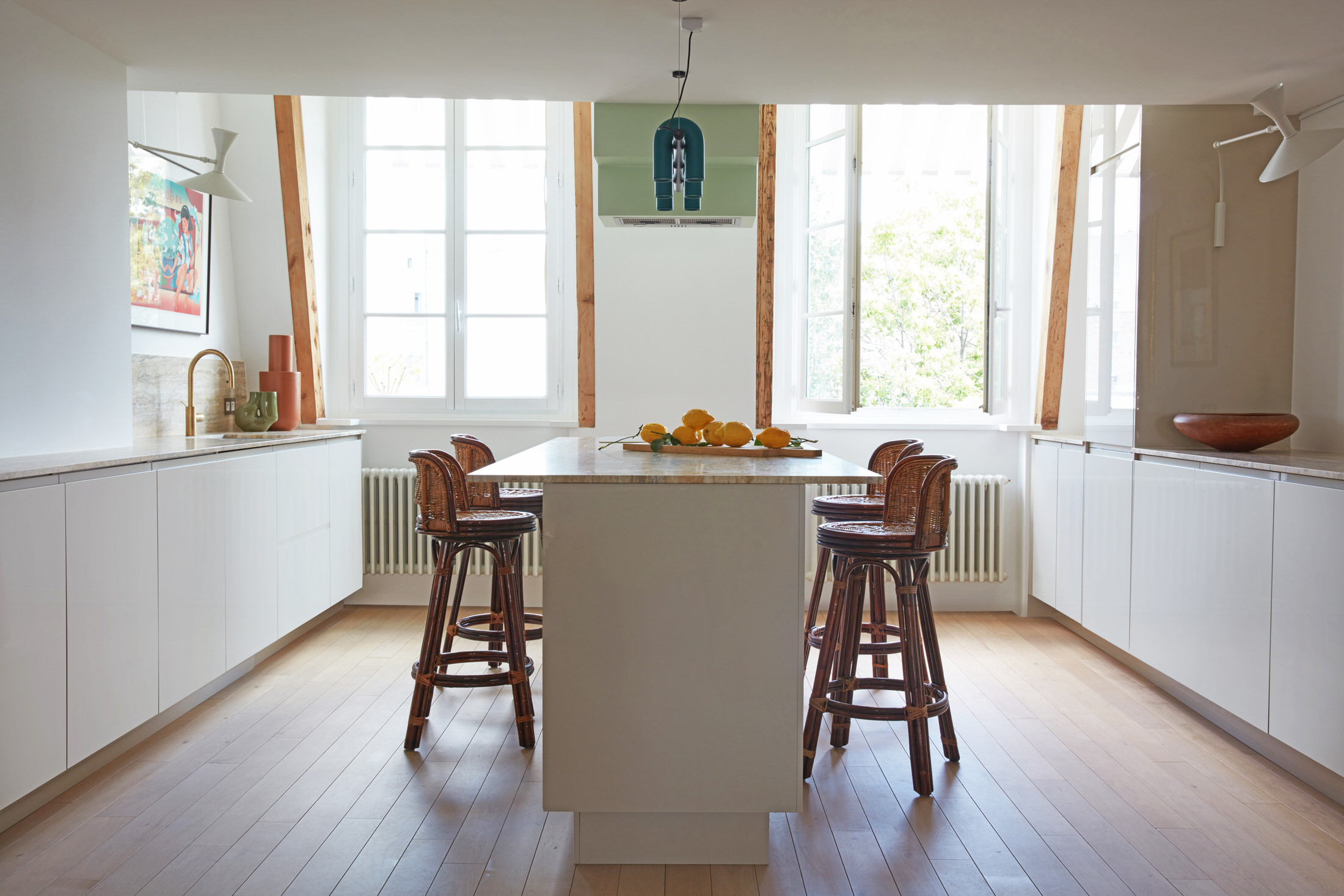 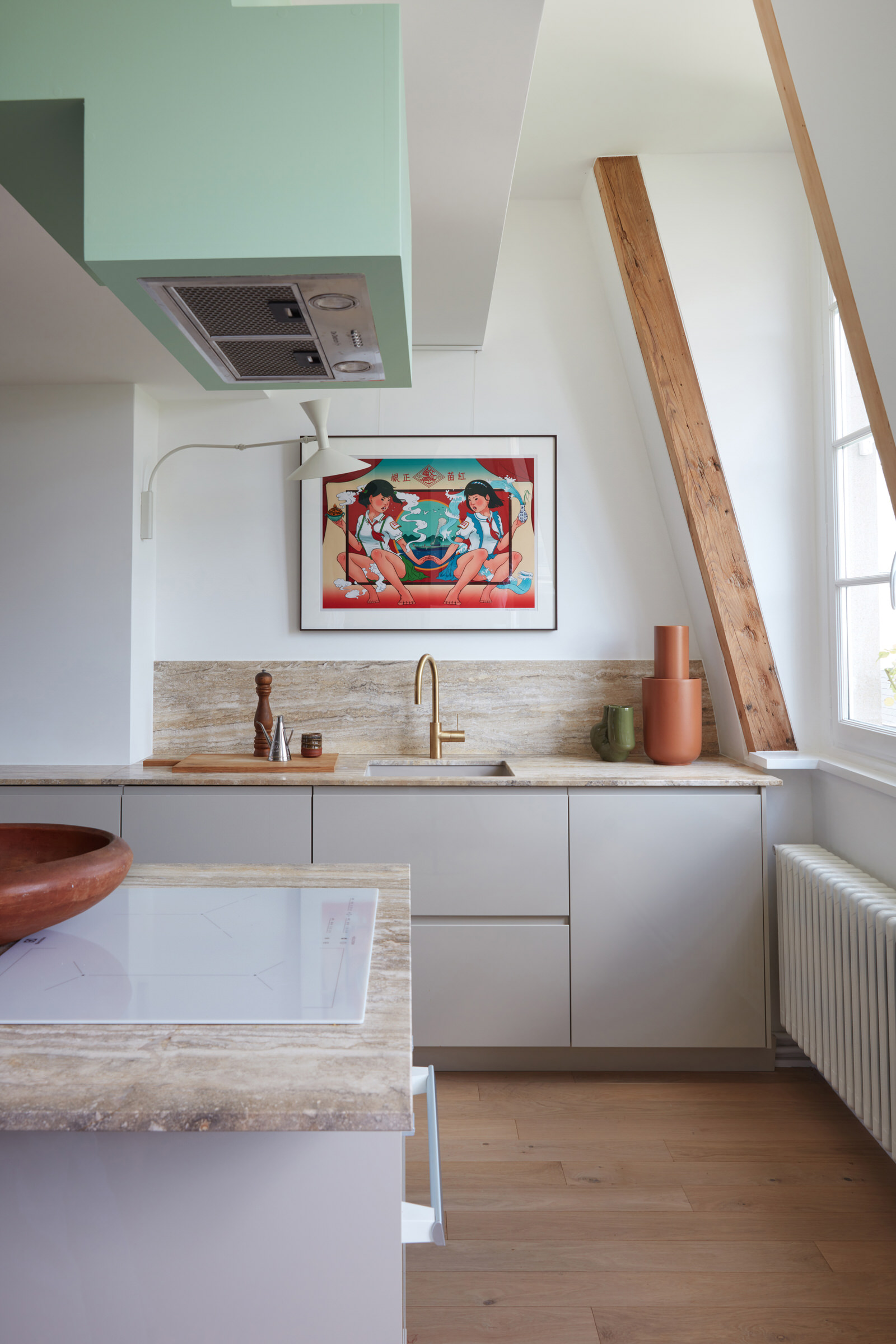 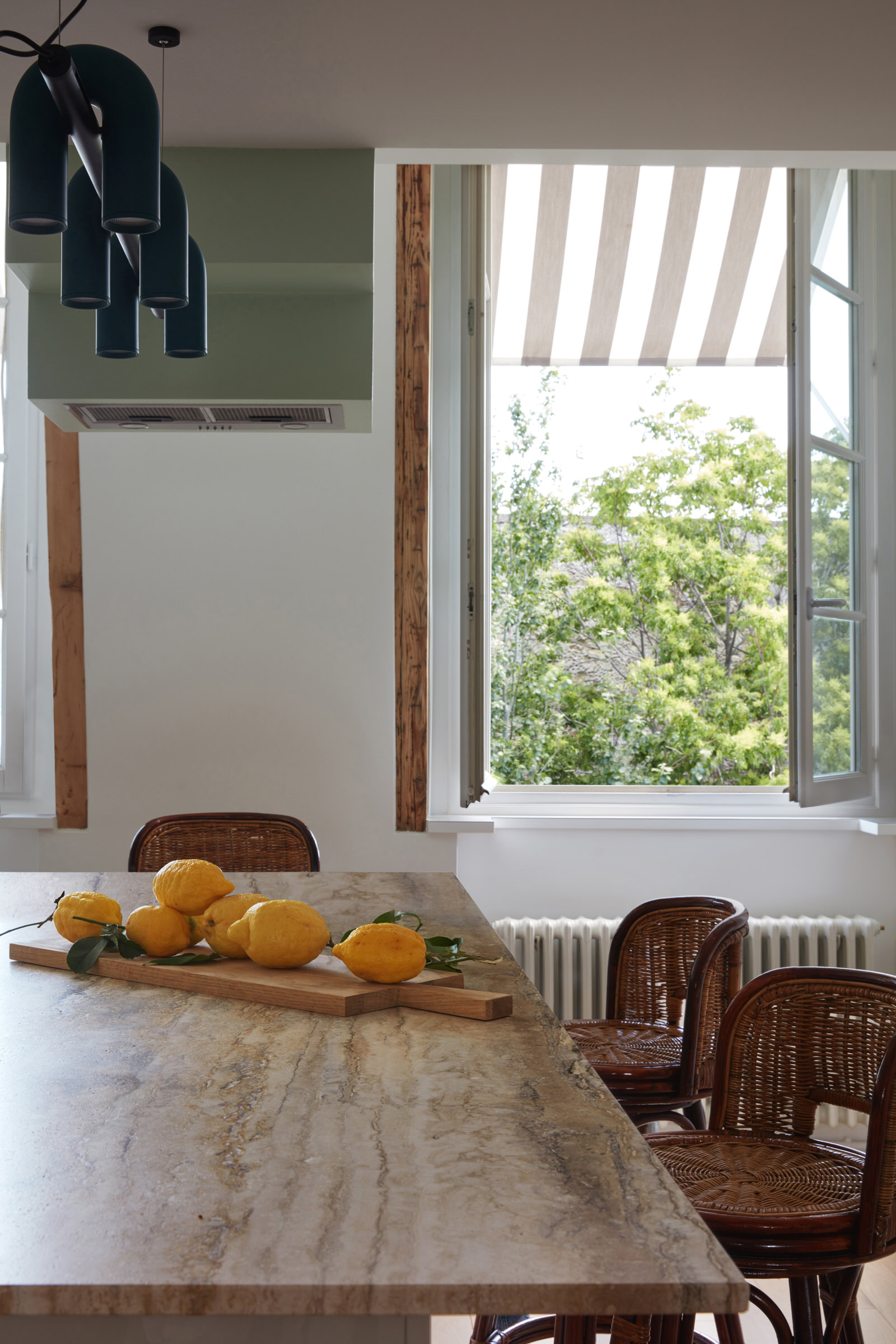 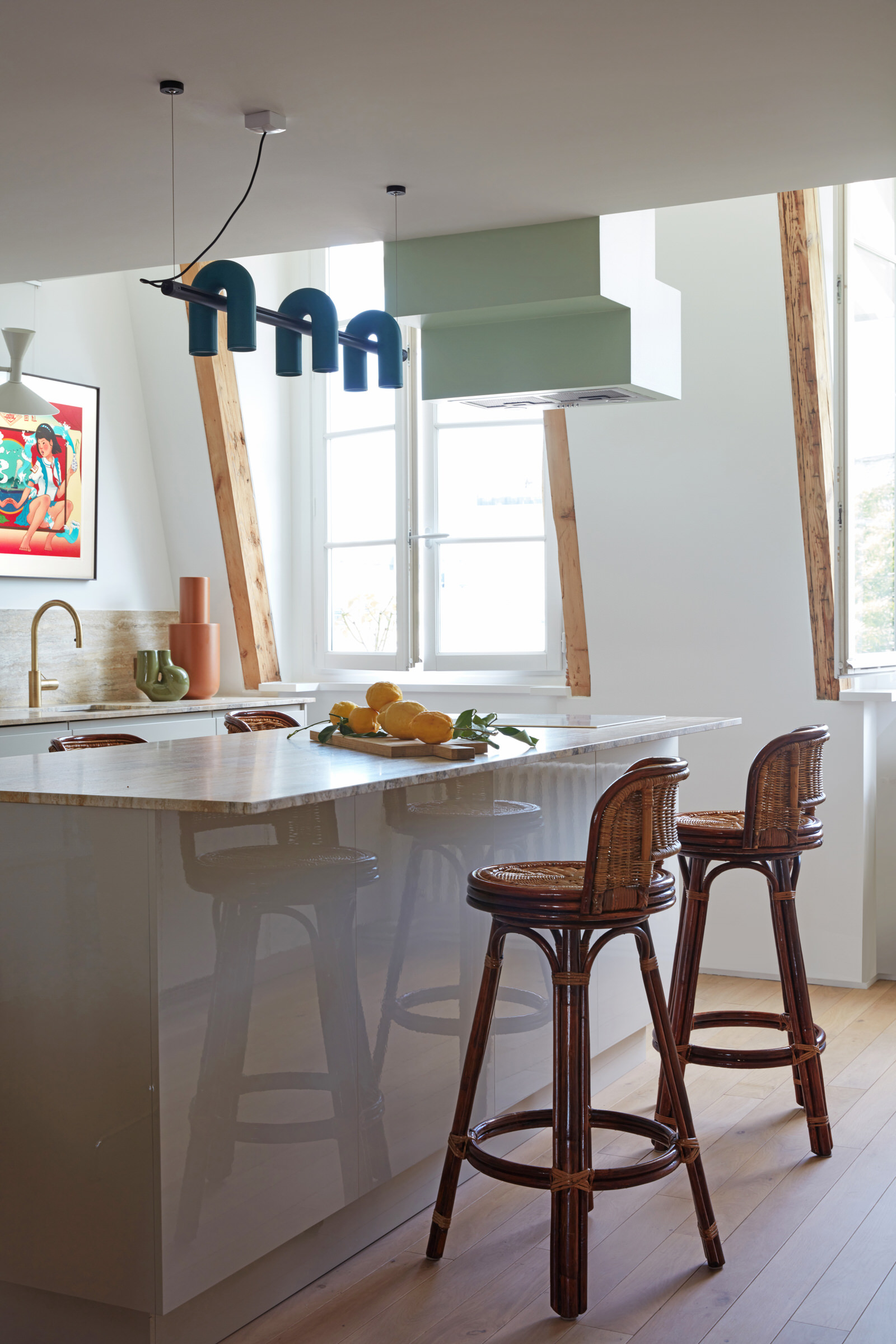 “We wanted to break from the ideas and images of Bourgeois Parisian apartments and lean more towards something that is more in the order of a holiday house, like a ‘cabane de plage’—those small but colourful shelters from which one steps out to the sun and sky,” explained the owner. “We wanted to create something that leaned more towards an artistic statement, and not just a historical one. We wanted to use colour and we wanted to sculpt the volumes. There is a kind of ambivalence and diversity of ambiences within the project, which I like.”

To achieve this, Gautrand and her team worked with two pre-existing features in the apartment—the East-West perspective, and the fact that it occupied the under roofline of the building. The double-height windows on the eastern and western facades were kept, creating a raised ceiling level in the living space. As the studio also constructed a corridor of in the roof so the sun’s influence was at constant play throughout the year, giving the interior its name—Sundial Apartment.

Distinct zones, each with its own material qualities make up the ensemble—from a minimalist zen-like sleeping space under the roof, to a moody entrance. An architectural work of volume, the living room is composed of a cascading ceiling that steps between the kitchen, dining and lounge areas. 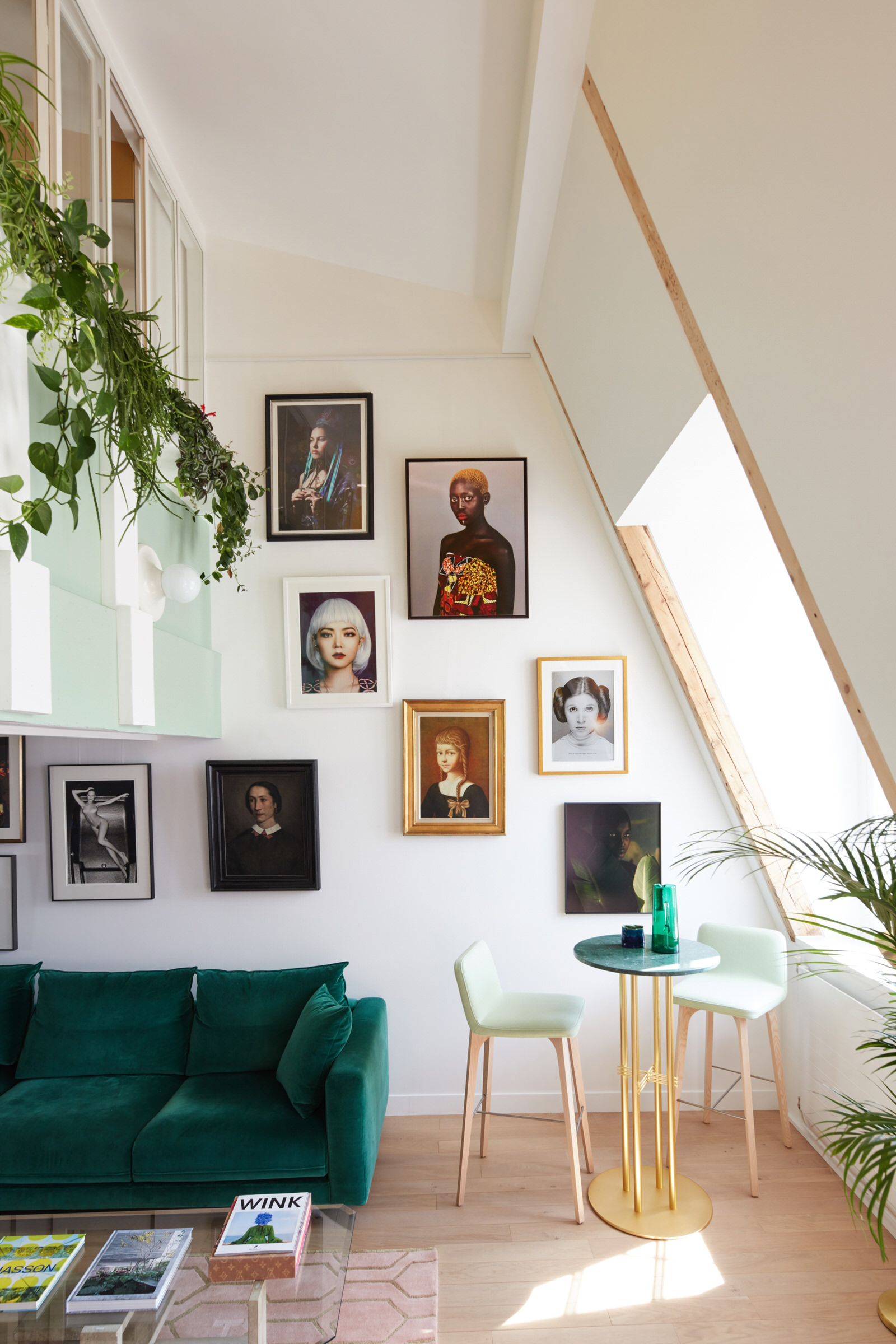 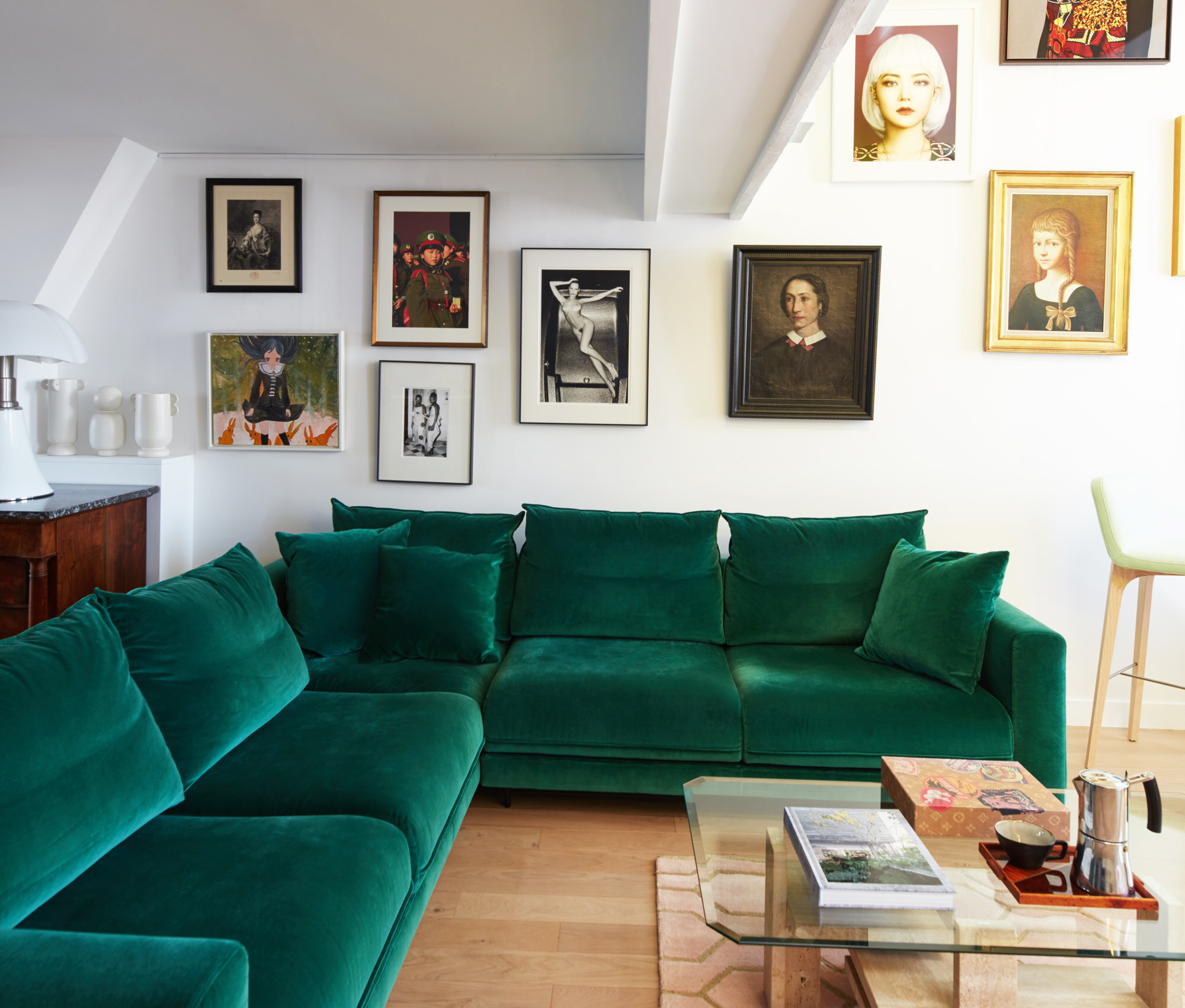 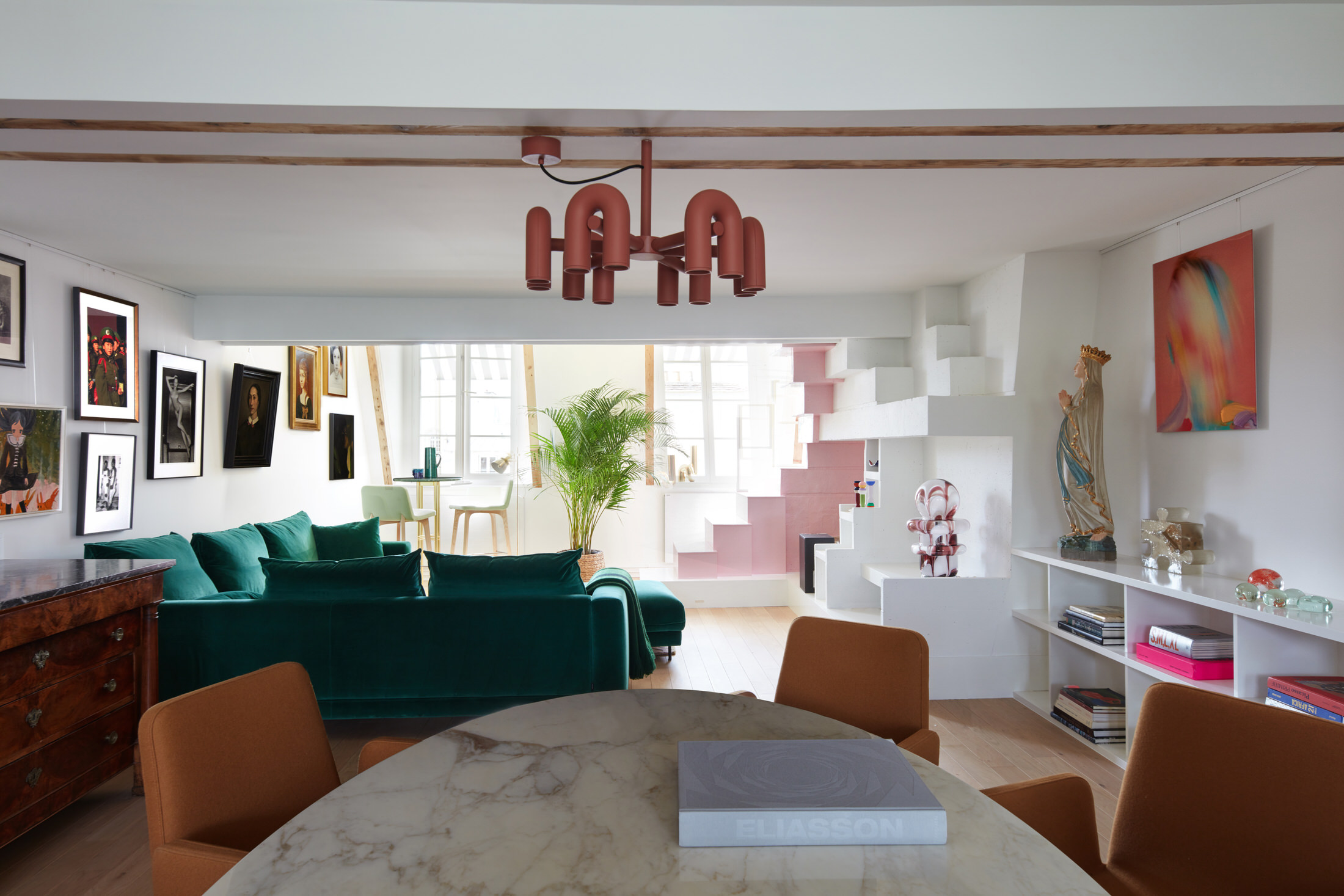 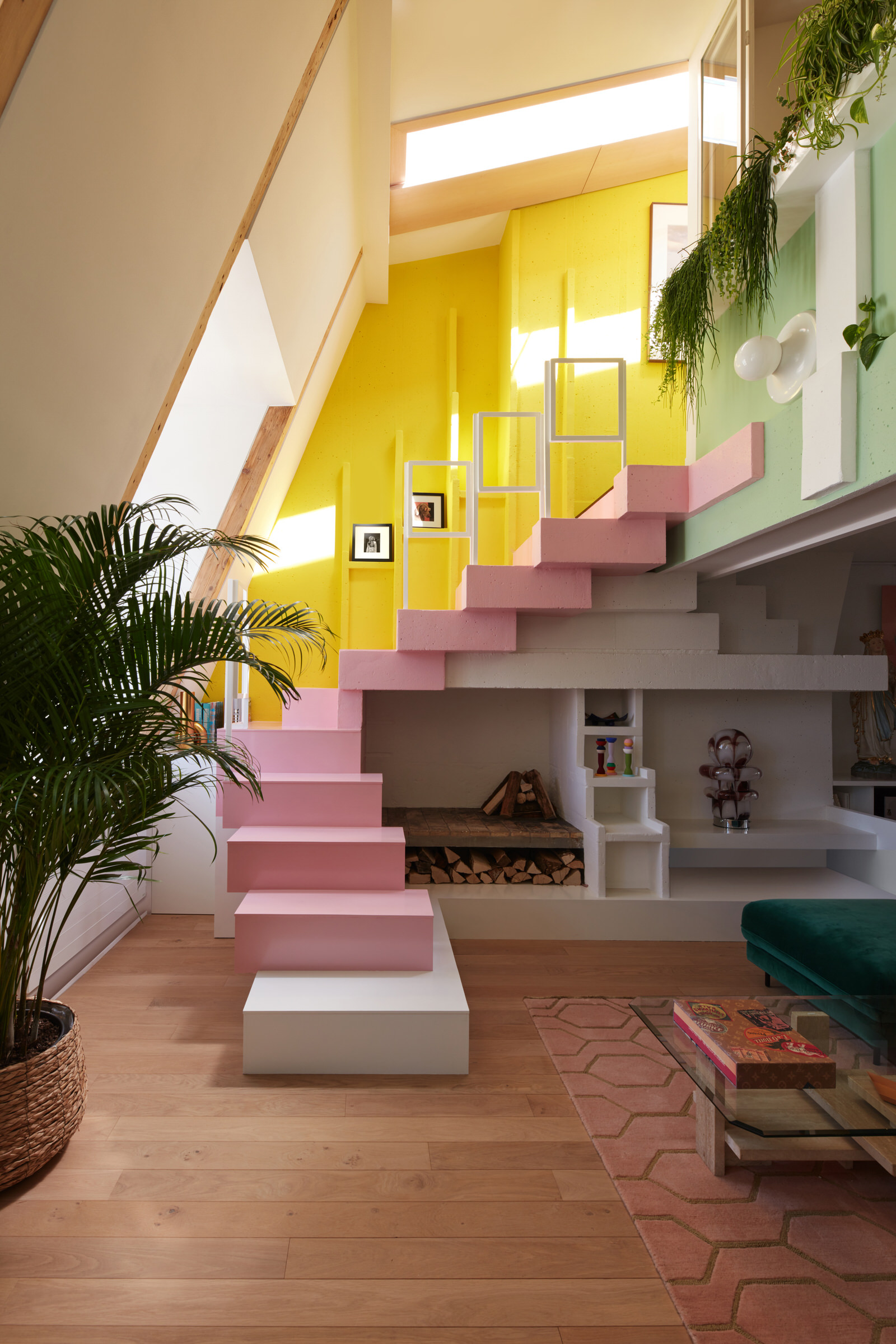 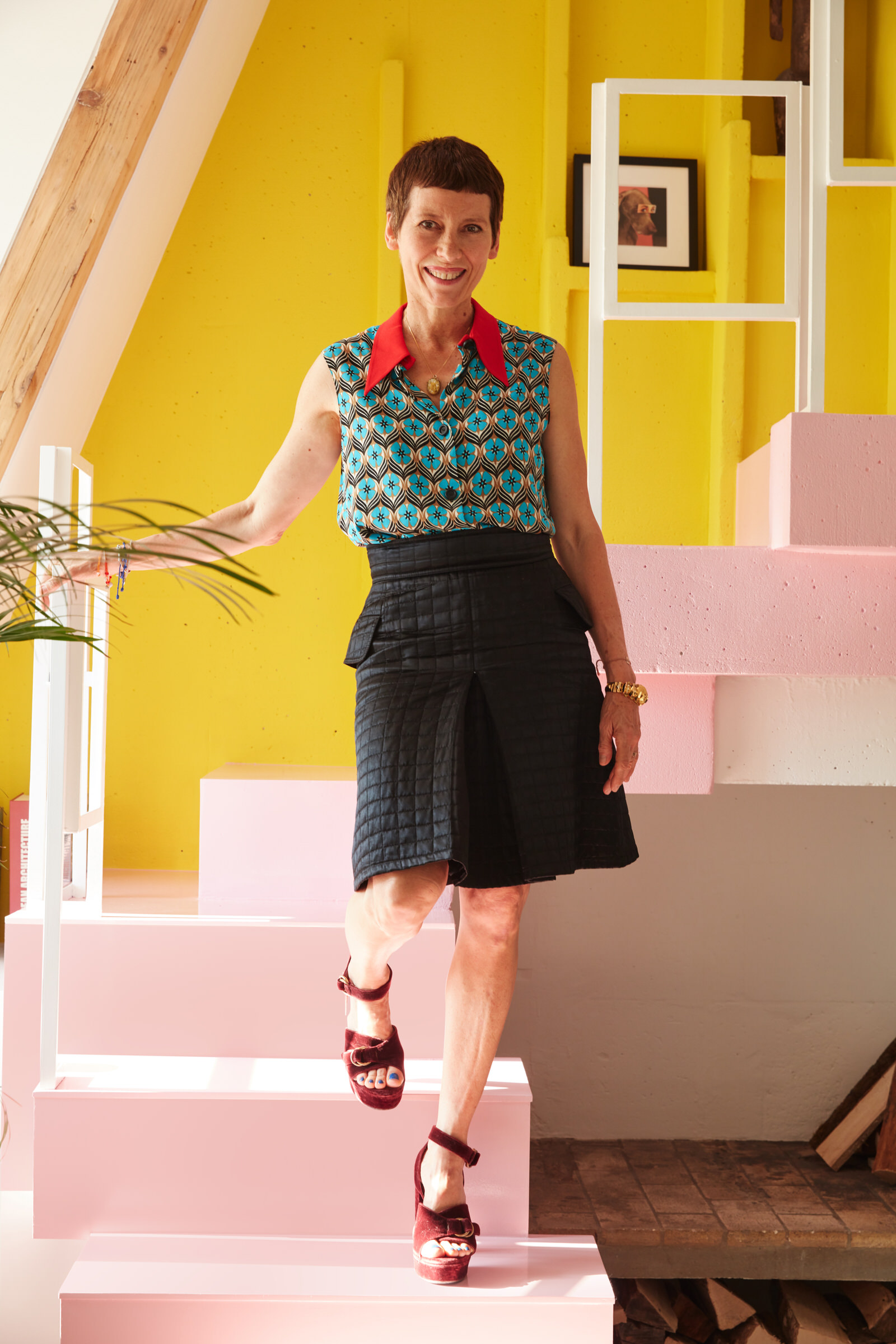 Manuelle Gautrand, heads up the multiple award-winning Paris-based and eponymously named architectural practice with projects on several continents. They recently launched into designing interiors with this being their first project of the kind. A strong architectural design with a feminine touch, the scheme is aimed at making home in Paris feel more like a sunny vacation.