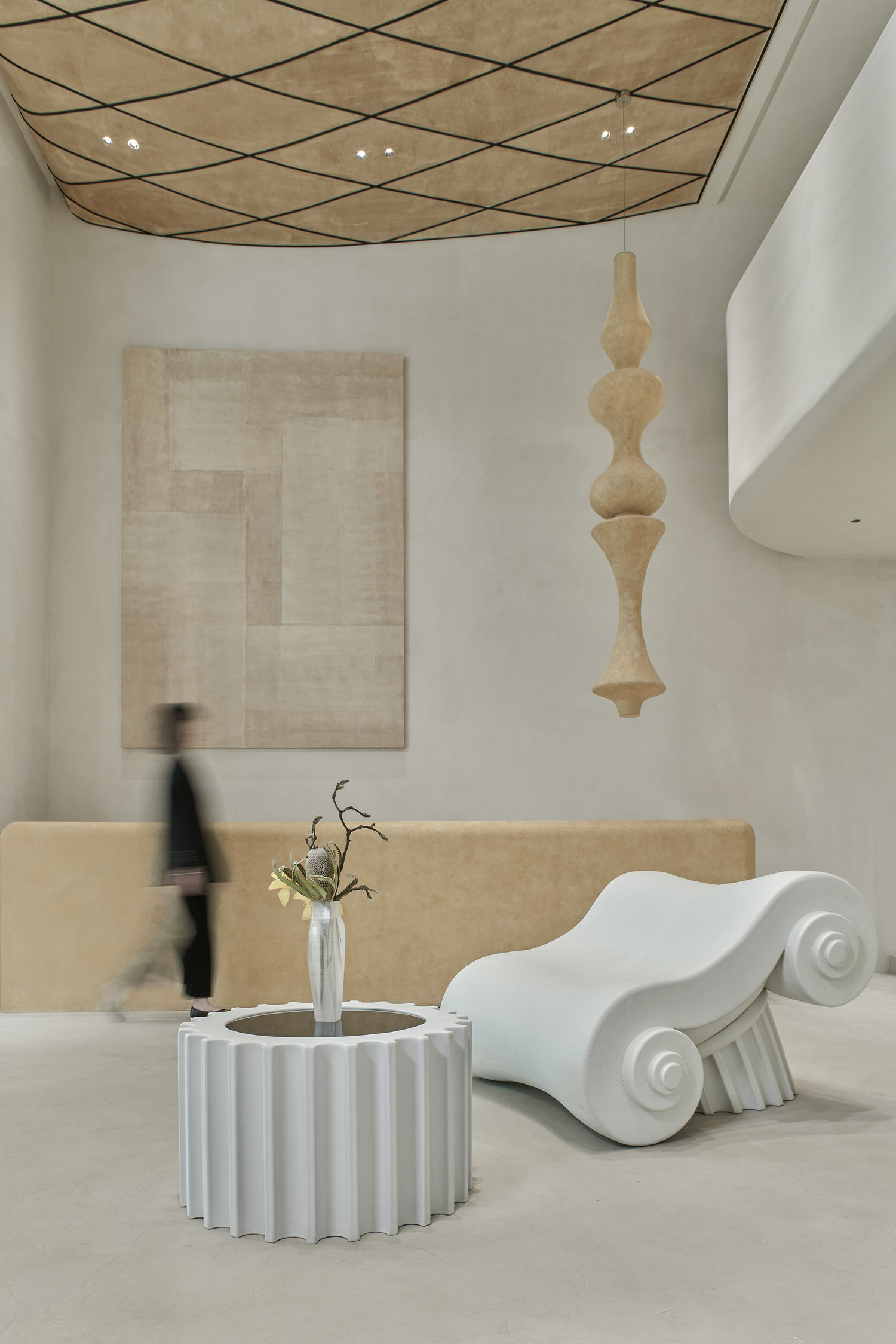 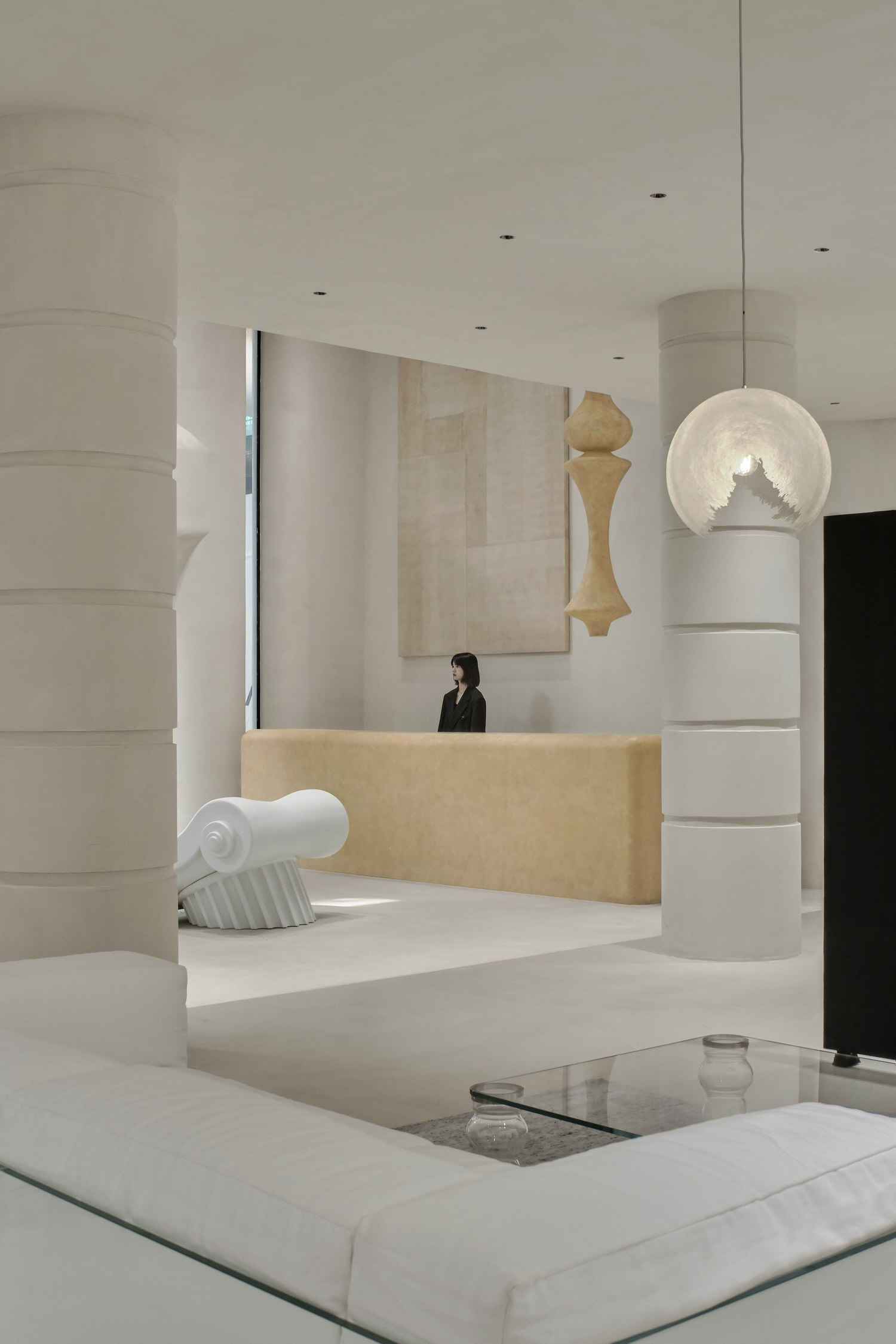 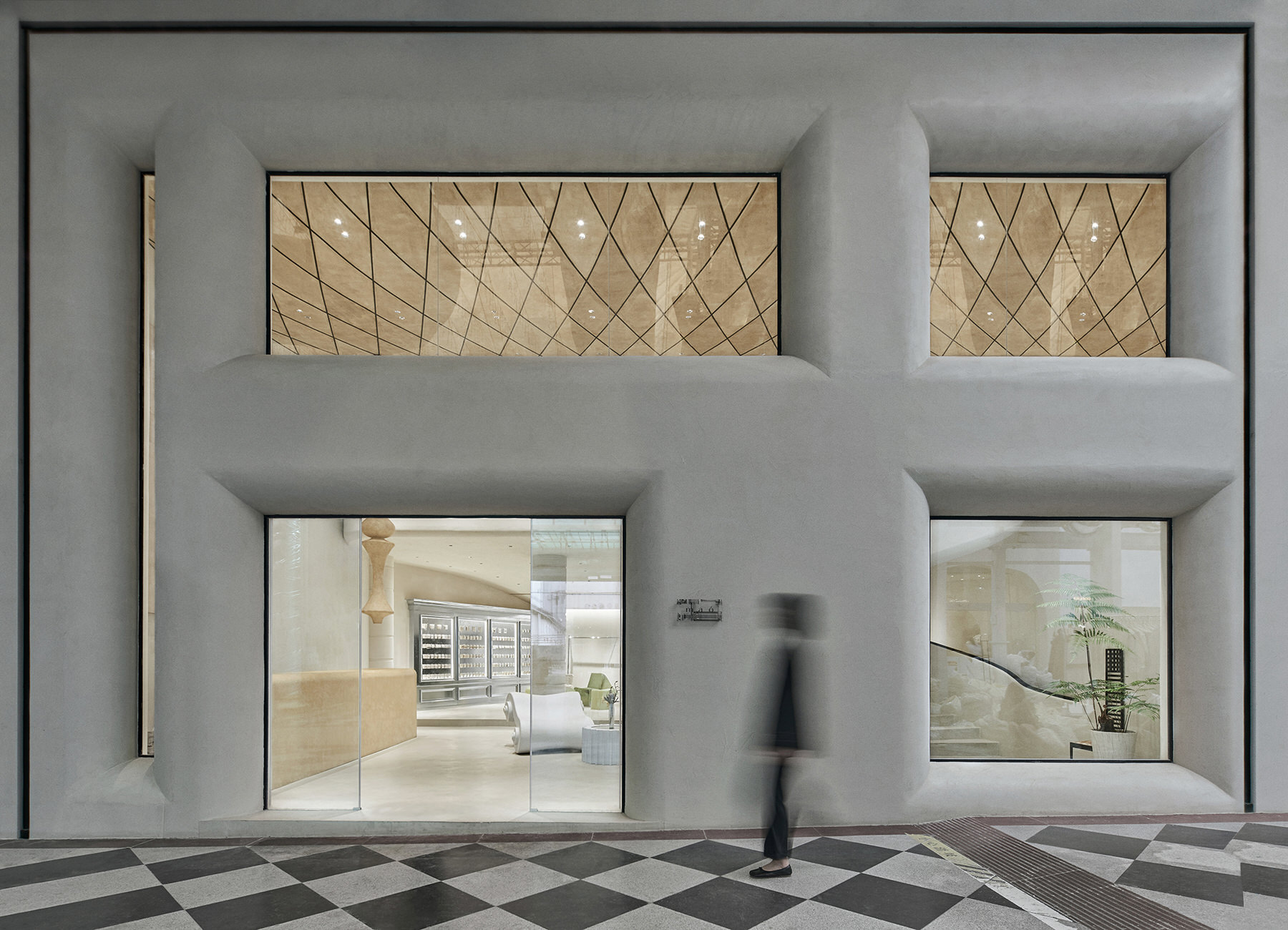 The concept of time in design is an idea that’s intrigued me for a while. In fact, I once gave , but in the interest of not taking up too much of your time (boom-boom!) I will try to give you a synopsis in a single sentence – time is an intangible but highly visit component of every design project, be it via past, present and future allusions they permeate; the materials and product used in projects; our collective memories; buildings and context we design in, which present their own time references; and so forth.

Projects that always strike me the most are the ones that manage to masterfully shift our perception of time. Spaces that feel unique because they look like they don’t belong in the present, nor the past. They feel fresh and familiar at the same time. They are a unique interpretation of what once was and what could be – which, ironically, seems to become harder and harder to achieve in the time of excess resources and references. It is precisely for this reason ’ (ofD) latest project in – Mao Space – stopped me in my tracks. This is designed around the idea of collecting the fragments of the past and redefining that which has been forgotten.

“Here, time is shown on the metallic ruins. Time could be glimpsed through the tinted lens. Time has been adorning the frames. And here, time has brought about the classics especially in the heyday of technology,” said the designers. 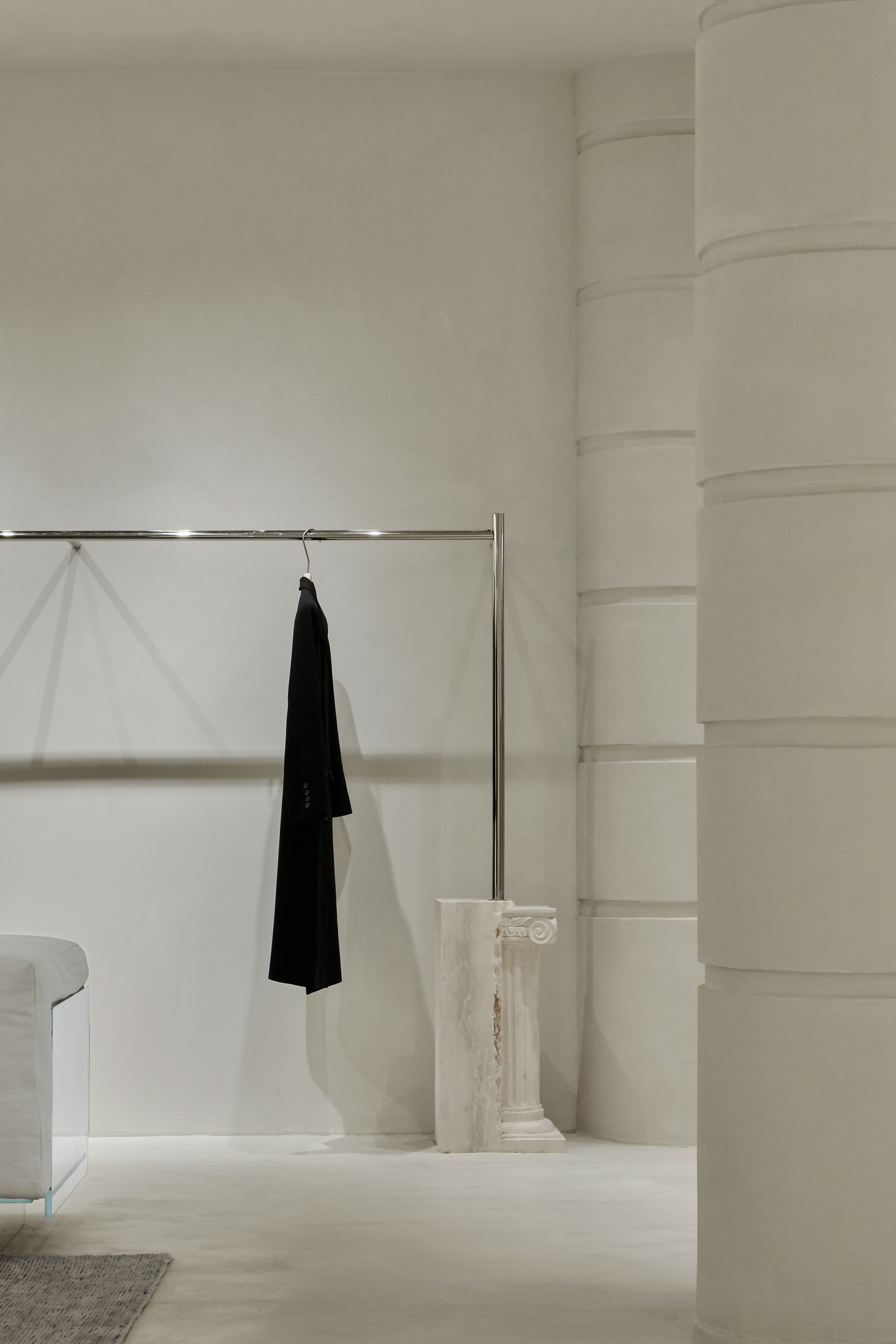 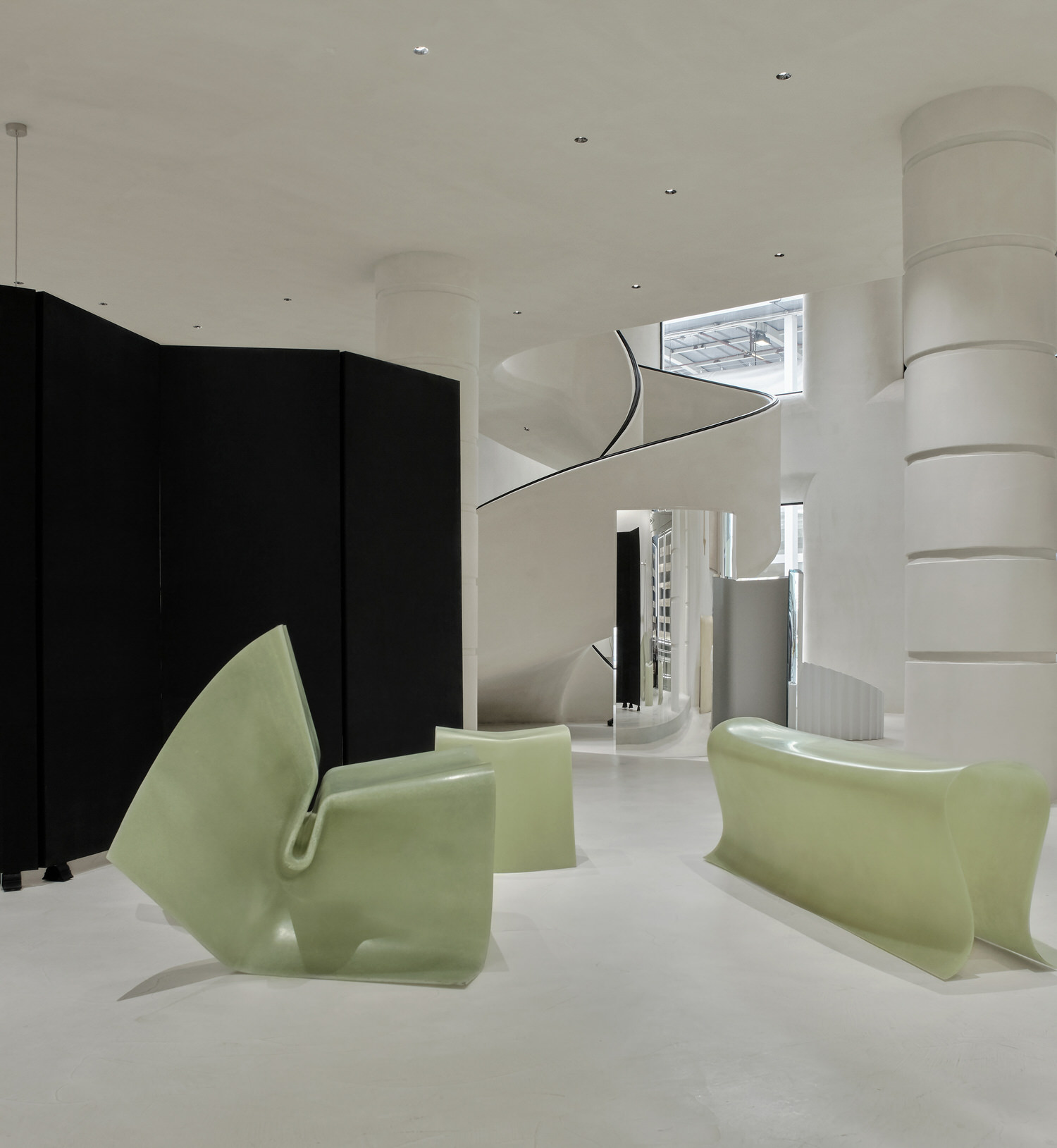 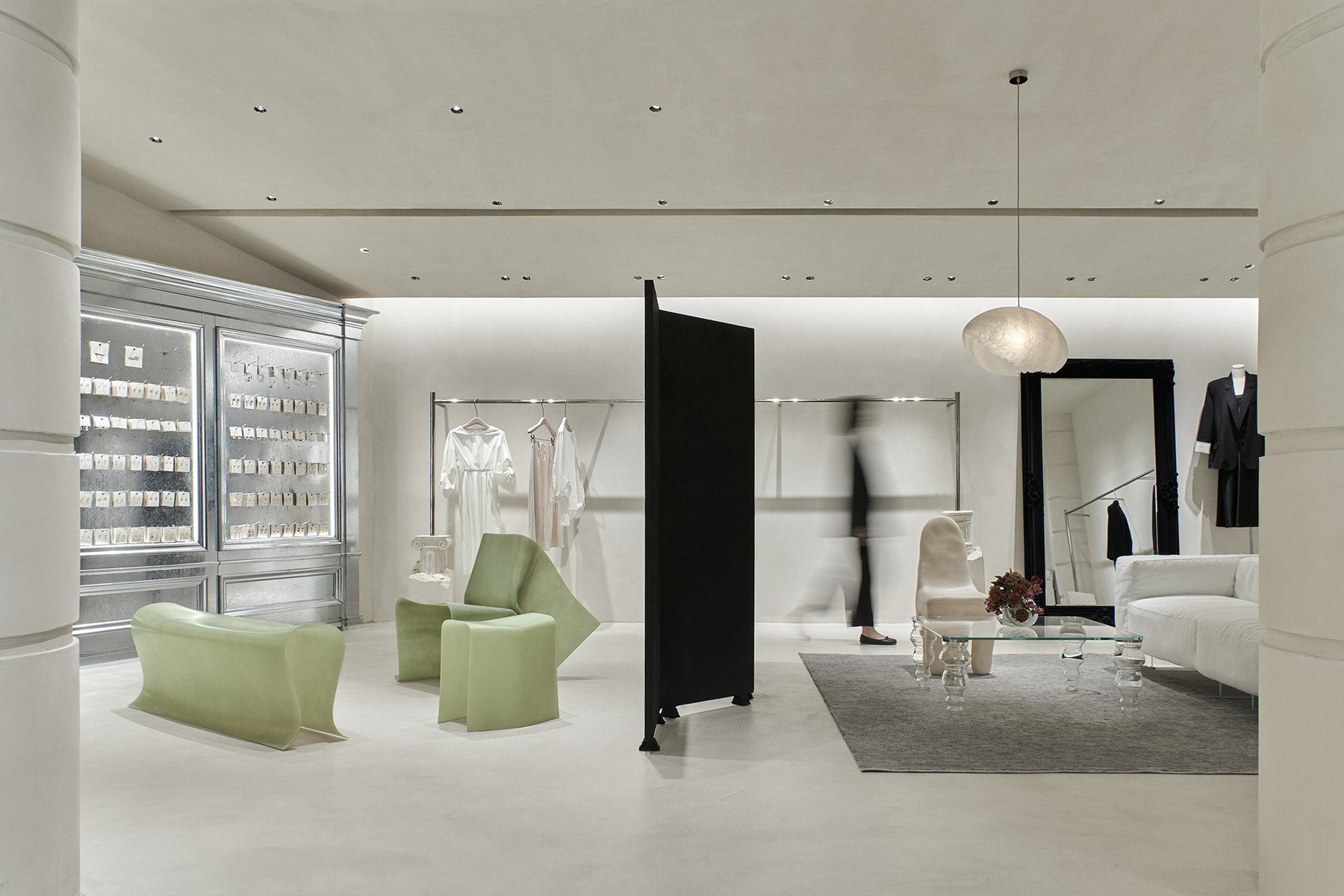 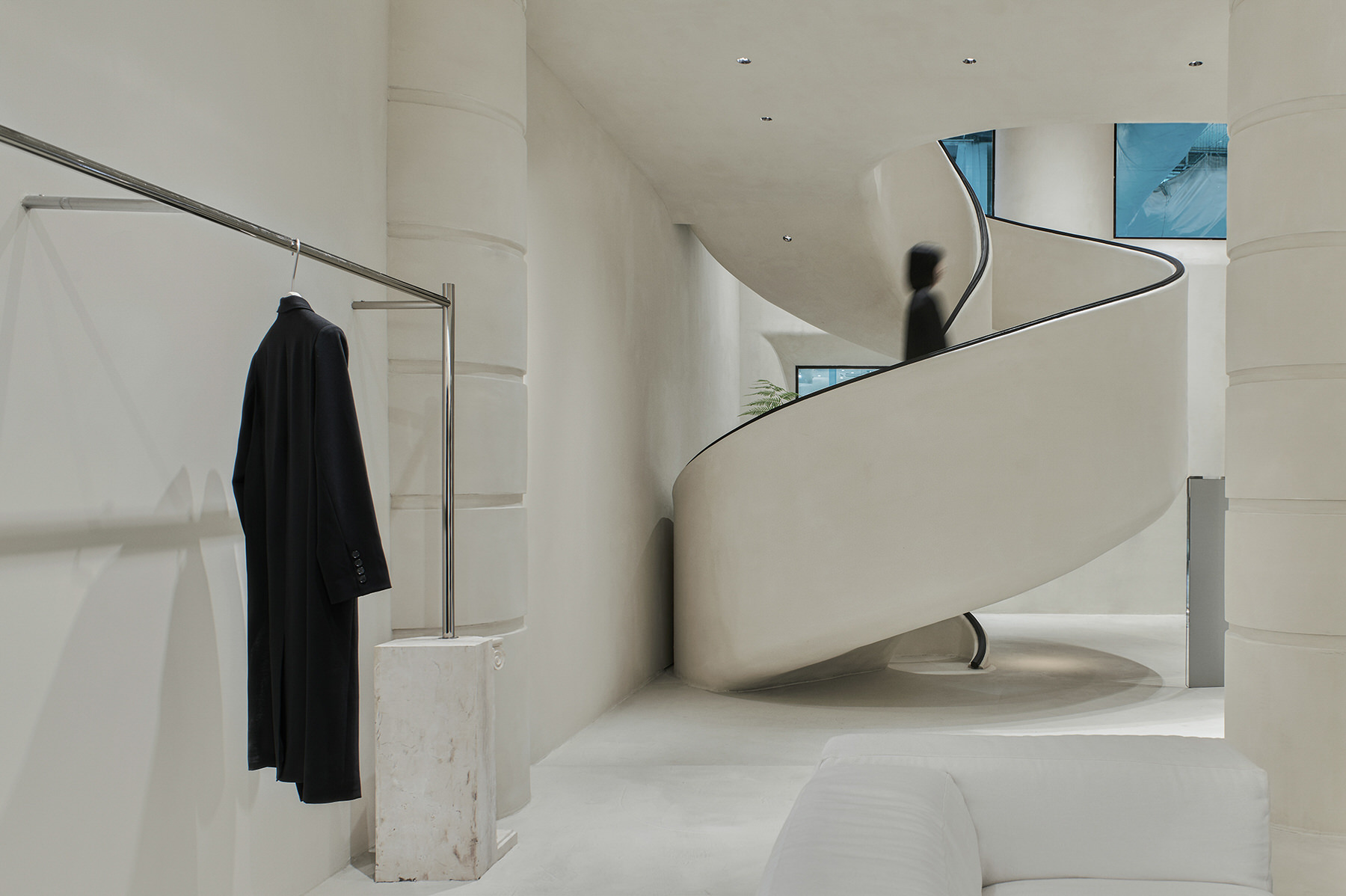 In this newly established space, ofD customized a whole manner of furniture by using fibreglass, made the ceiling and walls with Xuan paper (rice paper) and built a spiral stairway to the mezzanine level. Further playing with the idea of time being intangible, ofD selected the sculptural sofa from Gufram as the store’s hero peace, with Thomas & Vines’ black velvet mirror and seemingly malleable seating by Olivier Gregoire located at the back. The sculptural coffee tea table and sofa from Glas Italia and PostKrisi 50-51 fibreglass pendant lamp from Catellani & Smith complete the elusive scene.

The original cylindrical support element was transformed into a Mediterranean-inspired column, which has offered a distinct visual framework for the space. The display racks remade with metal and fractured plaster – a combination of materials that signify the industrial age while symbolizing the passage of time. 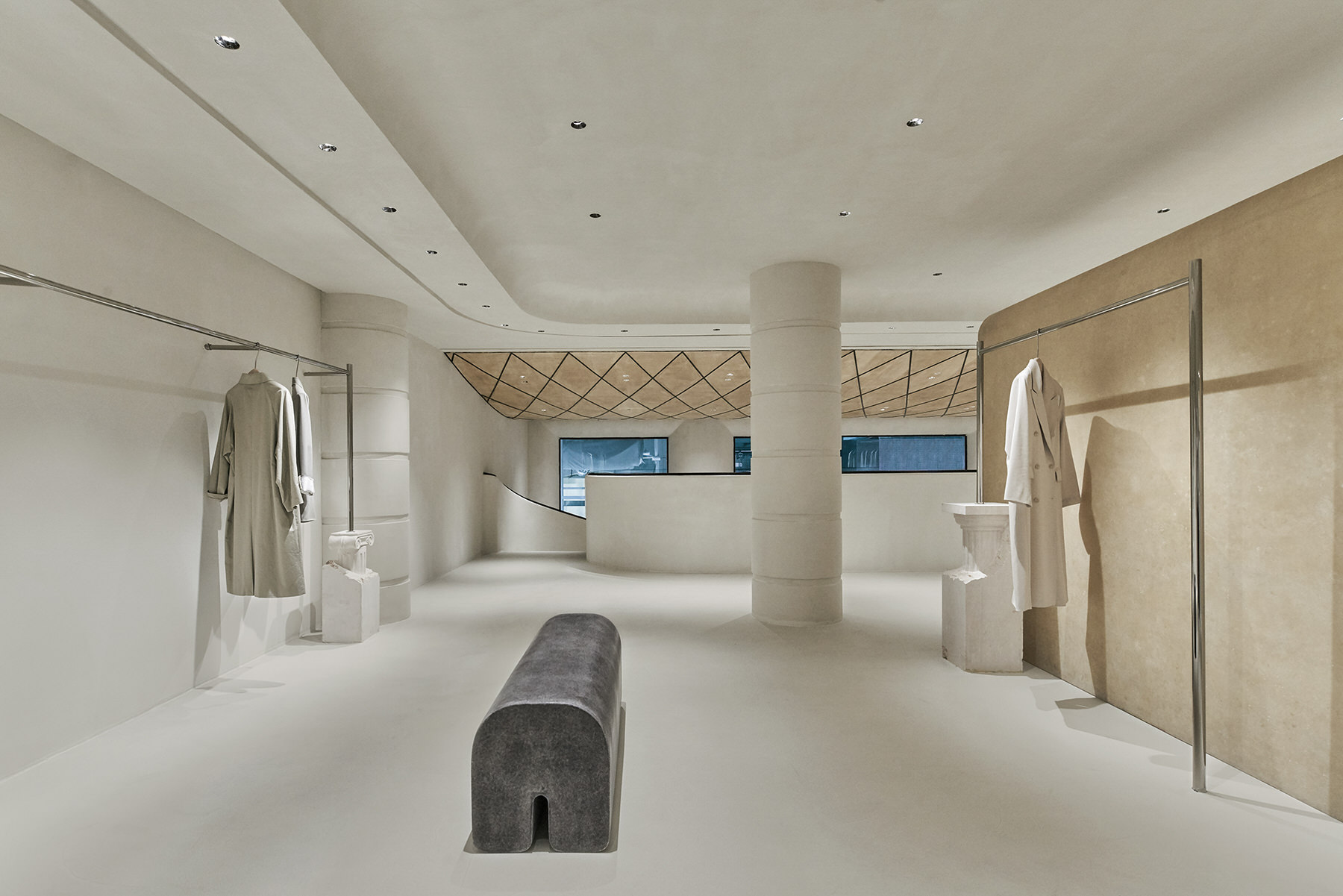 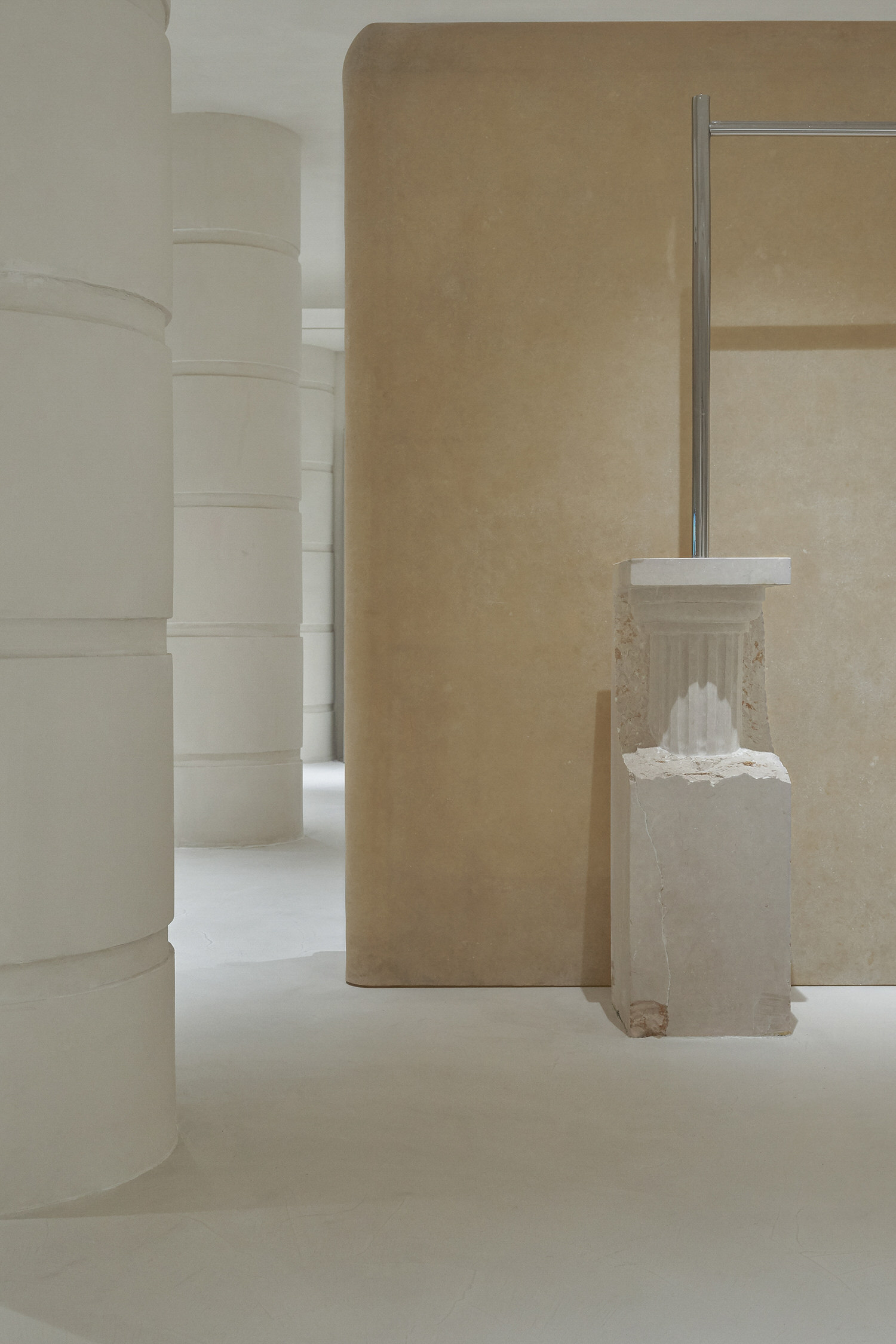 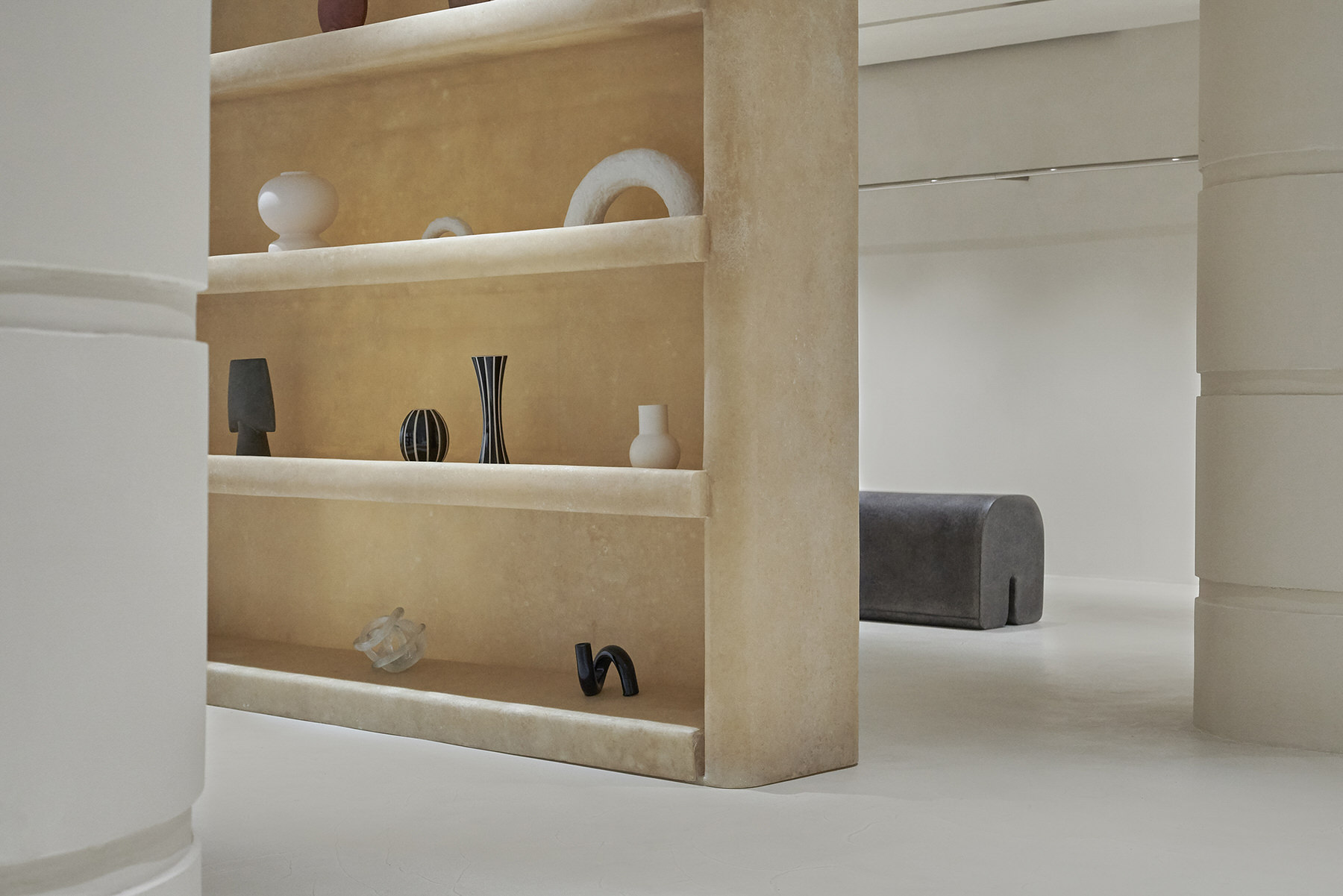 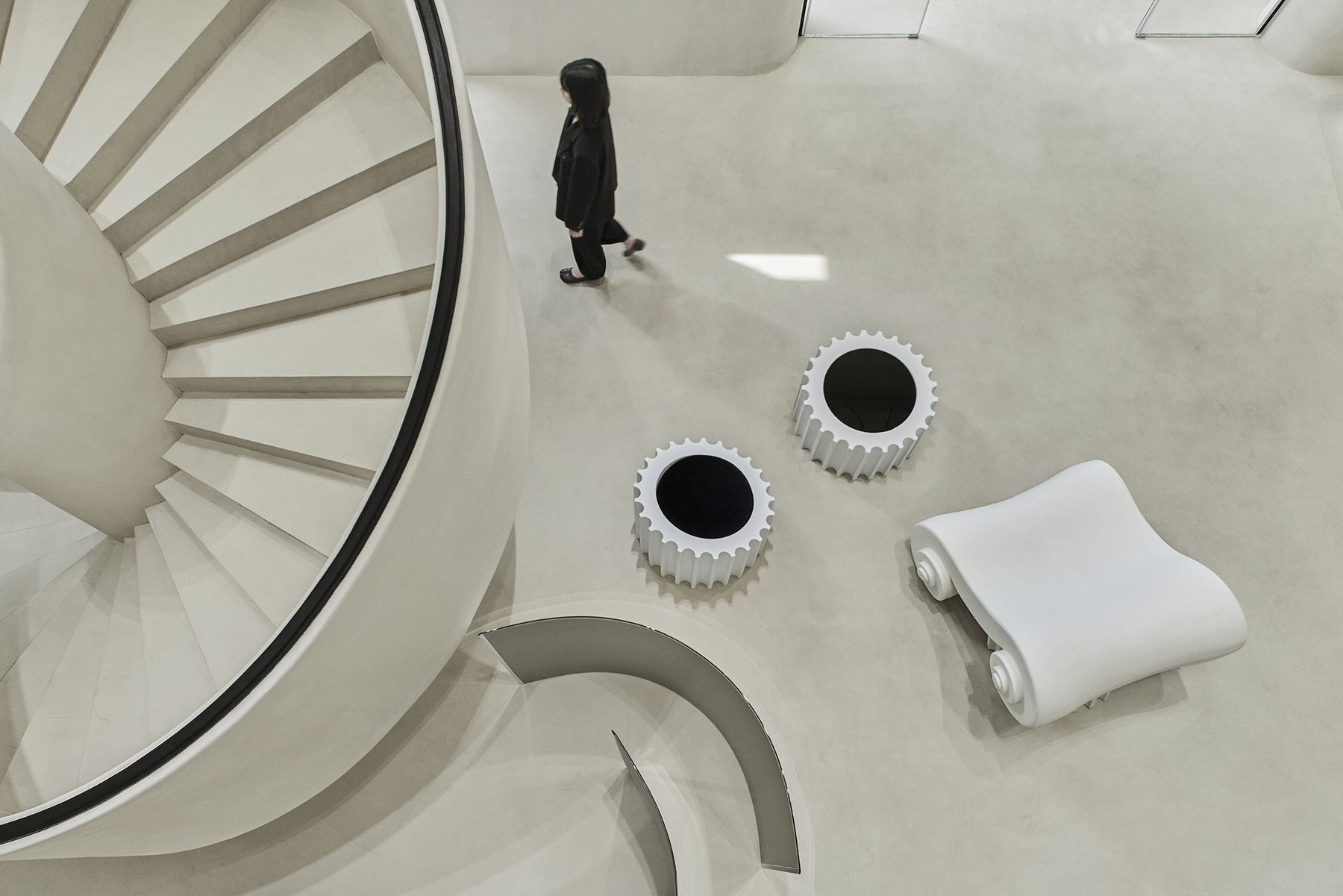 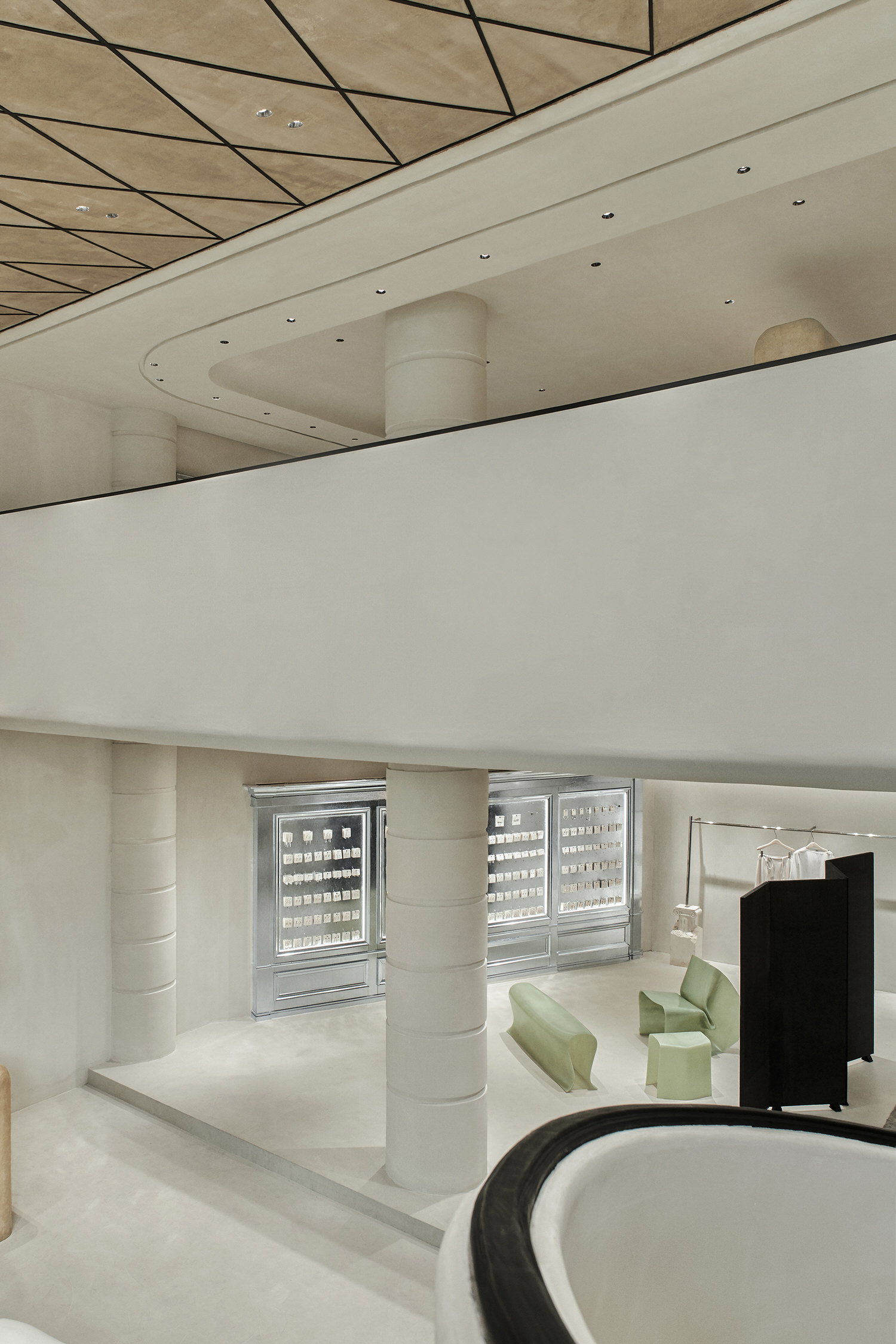 ofD attempted to take out any sharp angles throughout the project, including the corner of the walls, the spiral stairway, the curved mirror, the decorative and structural columns. Fibreglass, metal and plaster are the key materials used in the interior, bringing out the sense of classicism through the gentle details. Tension is created through avant-garde elements like the mirrored screens punchy black accents that bring attention to the form of the stair, window frame outlines and the ceiling grid.

“Just like fads are set to be outdated as time goes by, all things would come and go as temporal fragments,” said the designers. “Being in Maó Space, we have outstripped fads by making friends with time.”