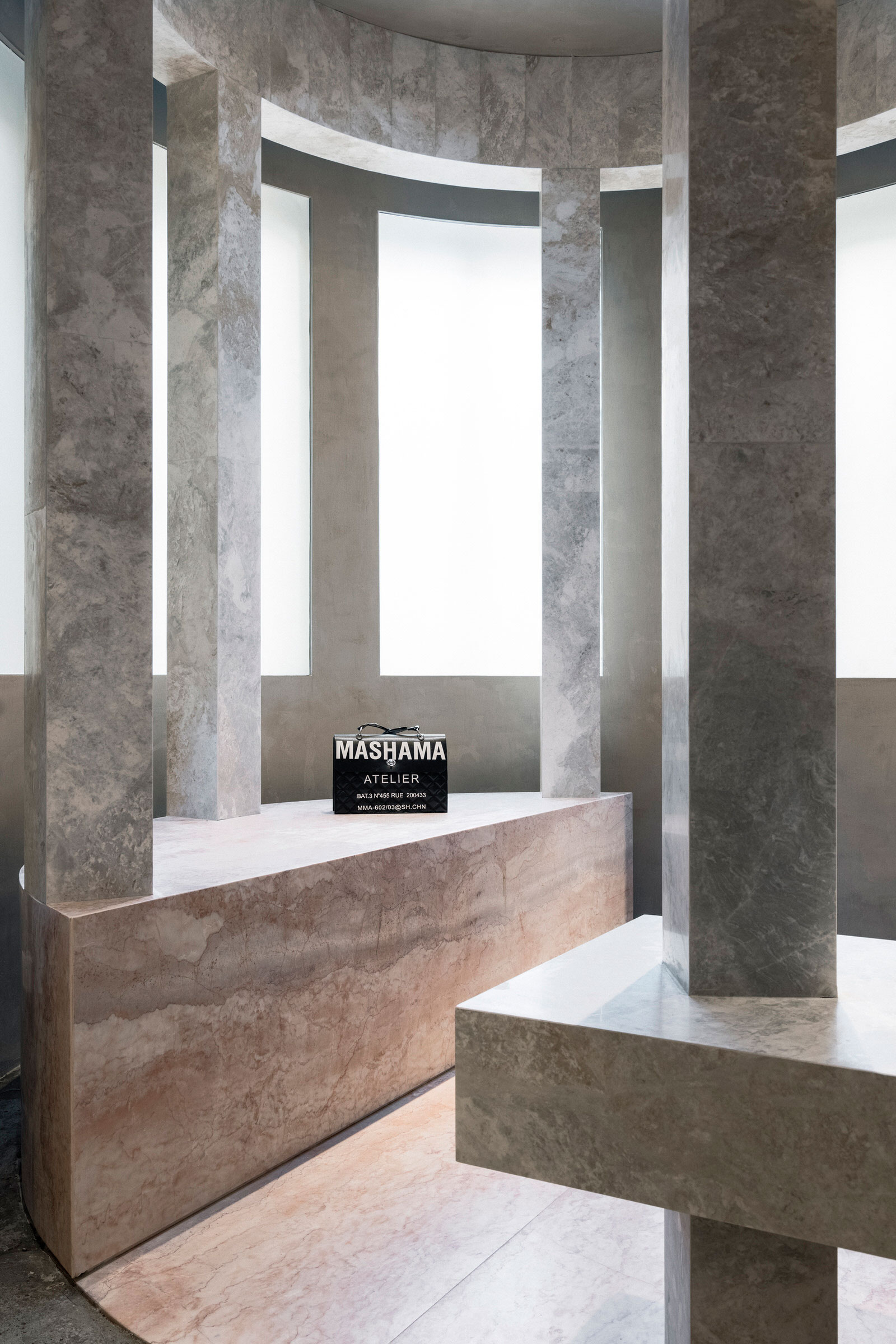 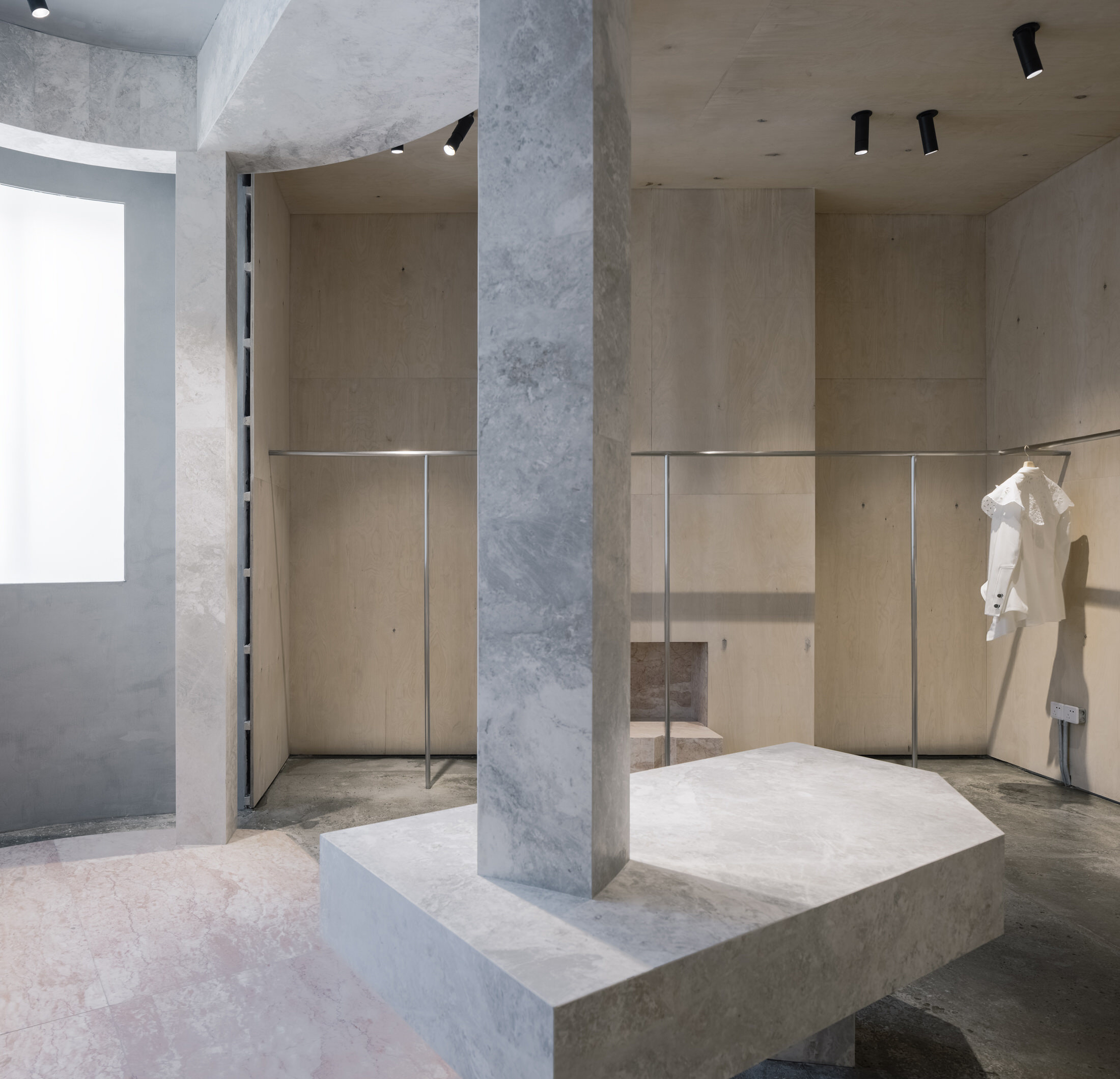 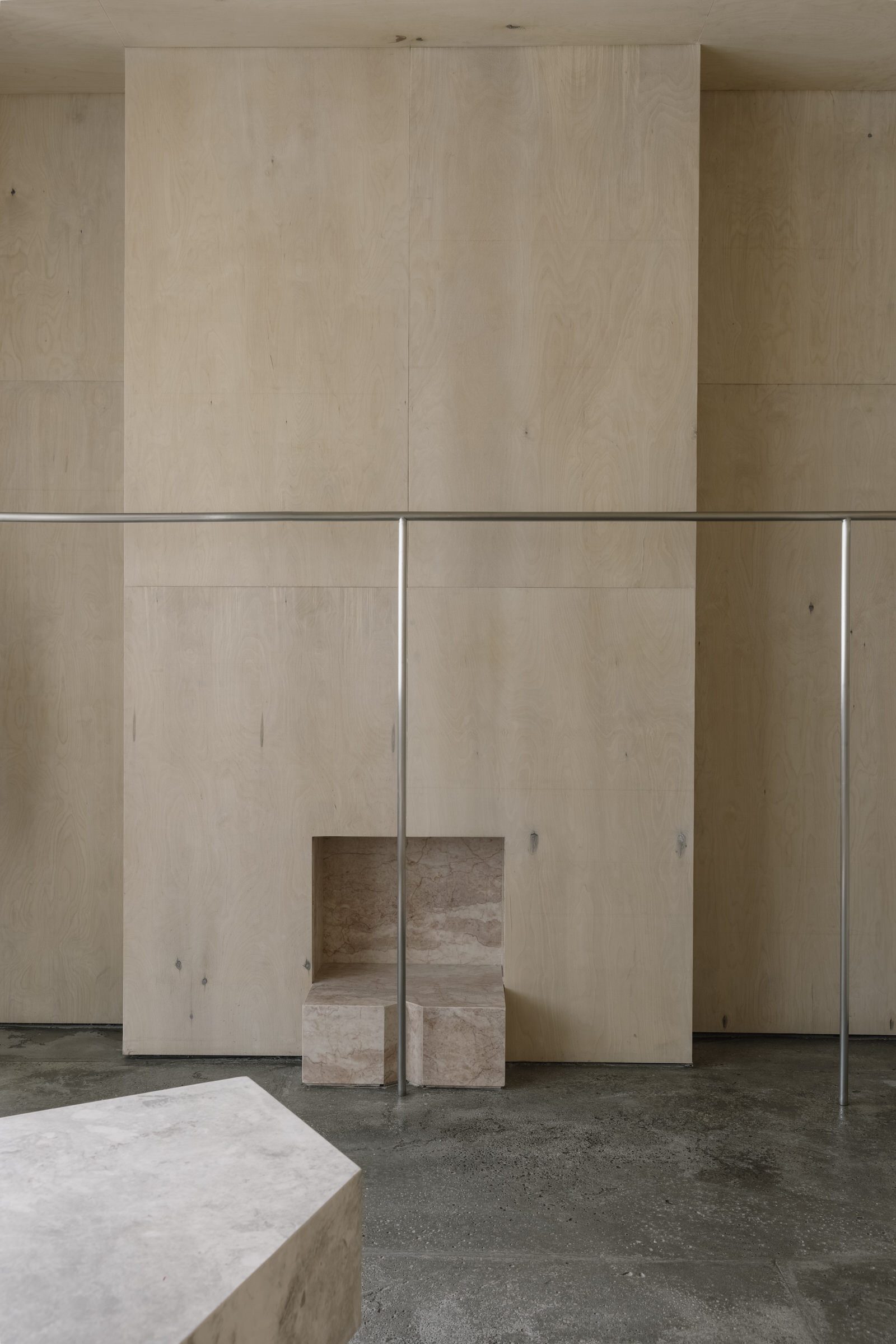 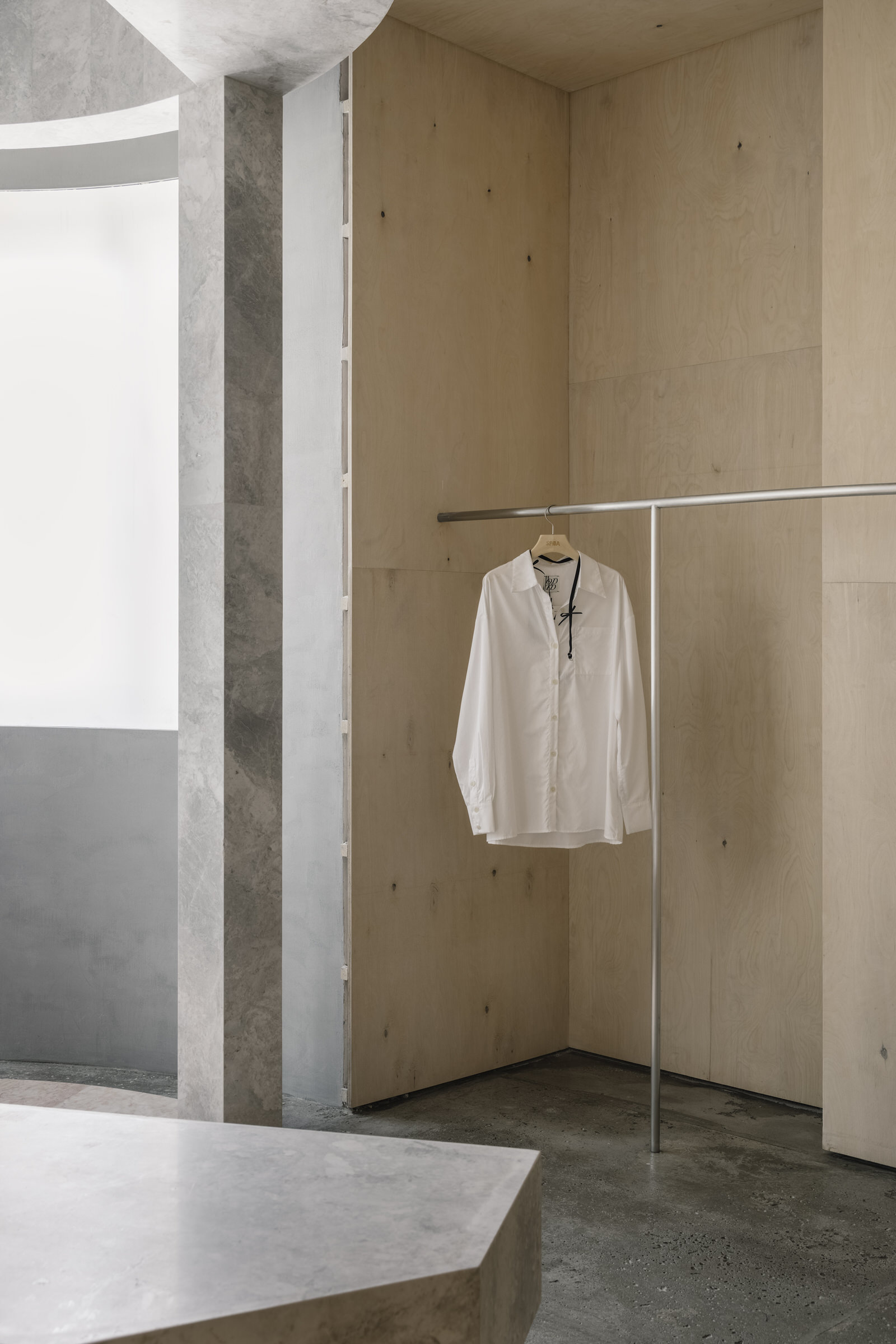 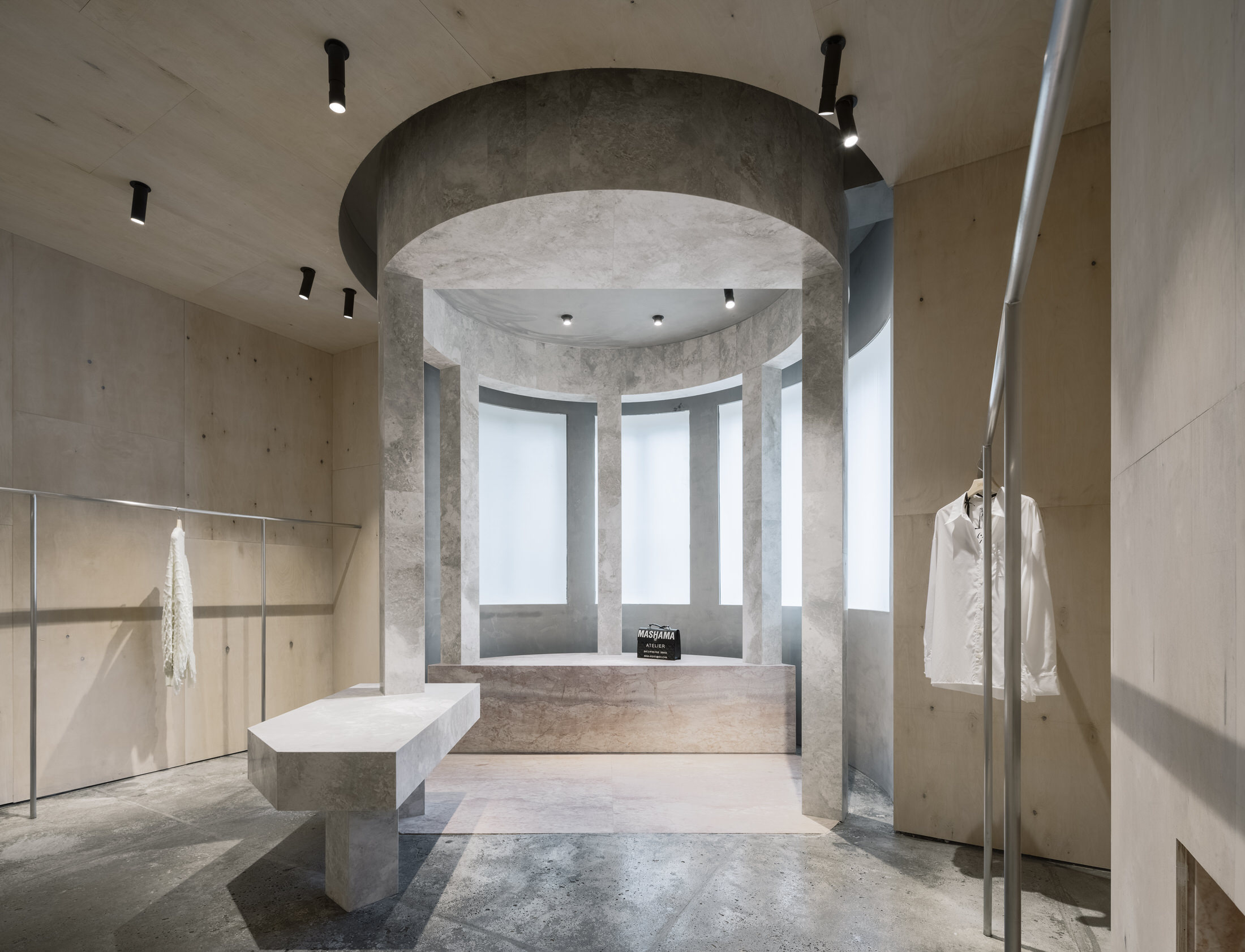 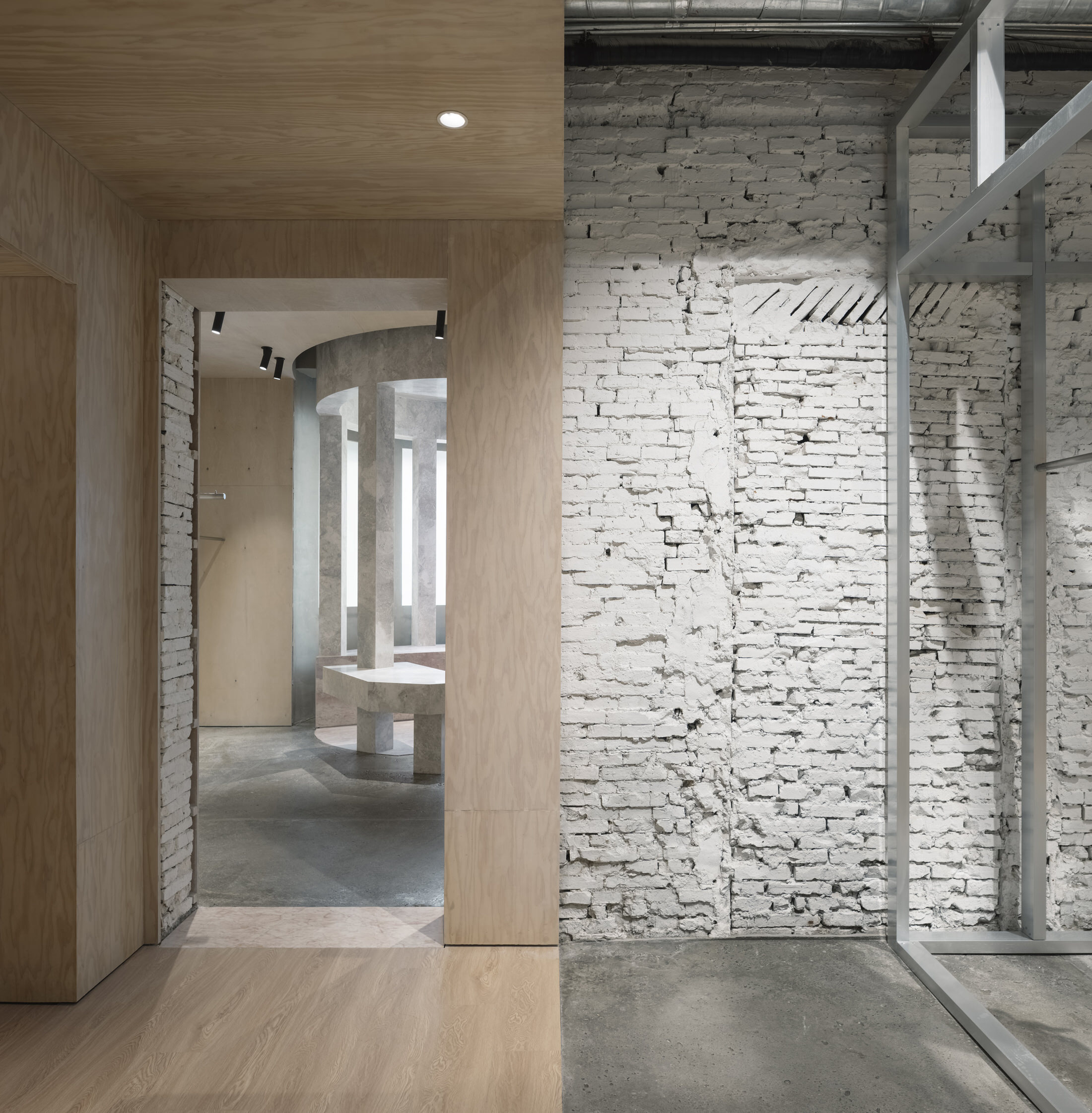 Wanting to create a space that would unite emerging female designers under one roof, Chinese fashion designer Masha Ma commissioned to manifest her mission through her co-established venture SPMA. Abbreviated from Self Pride, Massive Attack, SPMA is a concept store packed with layers peeled back, reinforced with raw and unapologetic materials for an eerie yet arresting effect. The result becomes a sculpted space—powerful in framing and celebrating women-led brands.

SPMA is located in the streets of Julu Lu, a well-known shopping area in Jing’an, , China populated with vibrant attractions that was once known as the French Concession. The interior occupies the ground floor of a 1930’s typical lane house—made of timber and load-bearing brick walls and with a floor plan that one would liken to a Victorian terrace house (think narrow corridors with rooms being attached to the side). With its existing layout offering a level of depth and complexity, the architects chose to become acquainted with the history and offer additions that would lift the space to its relevant times. 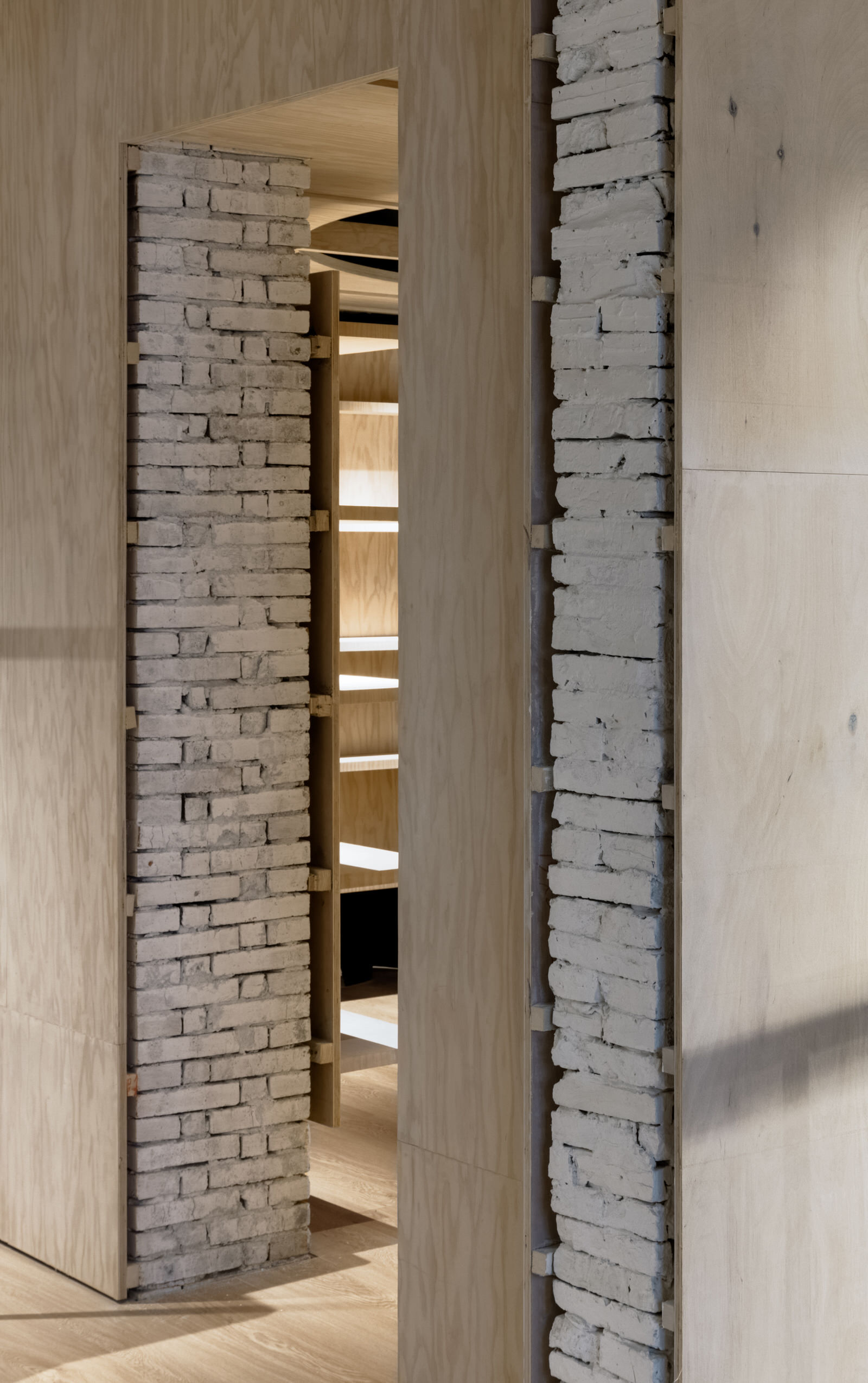 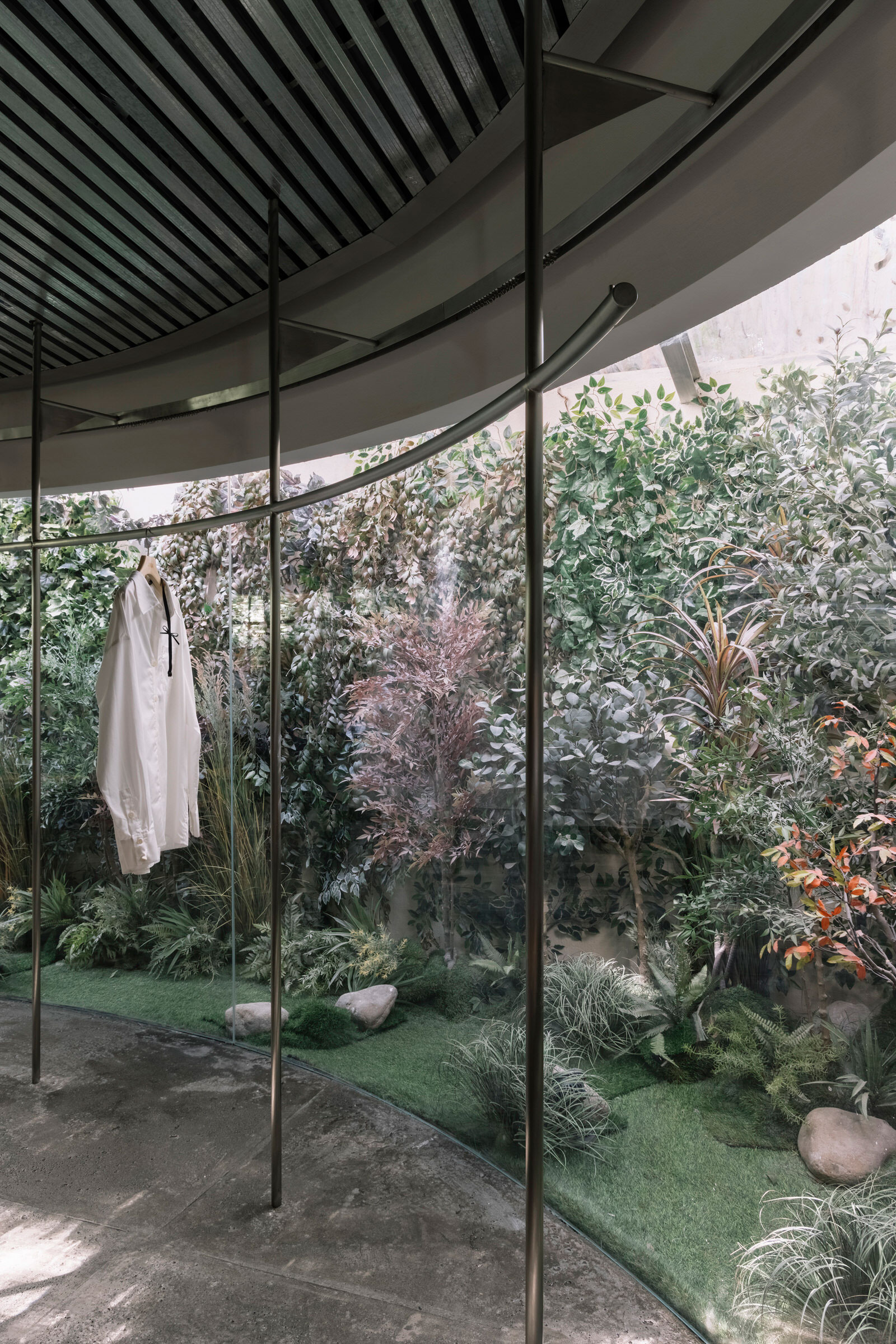 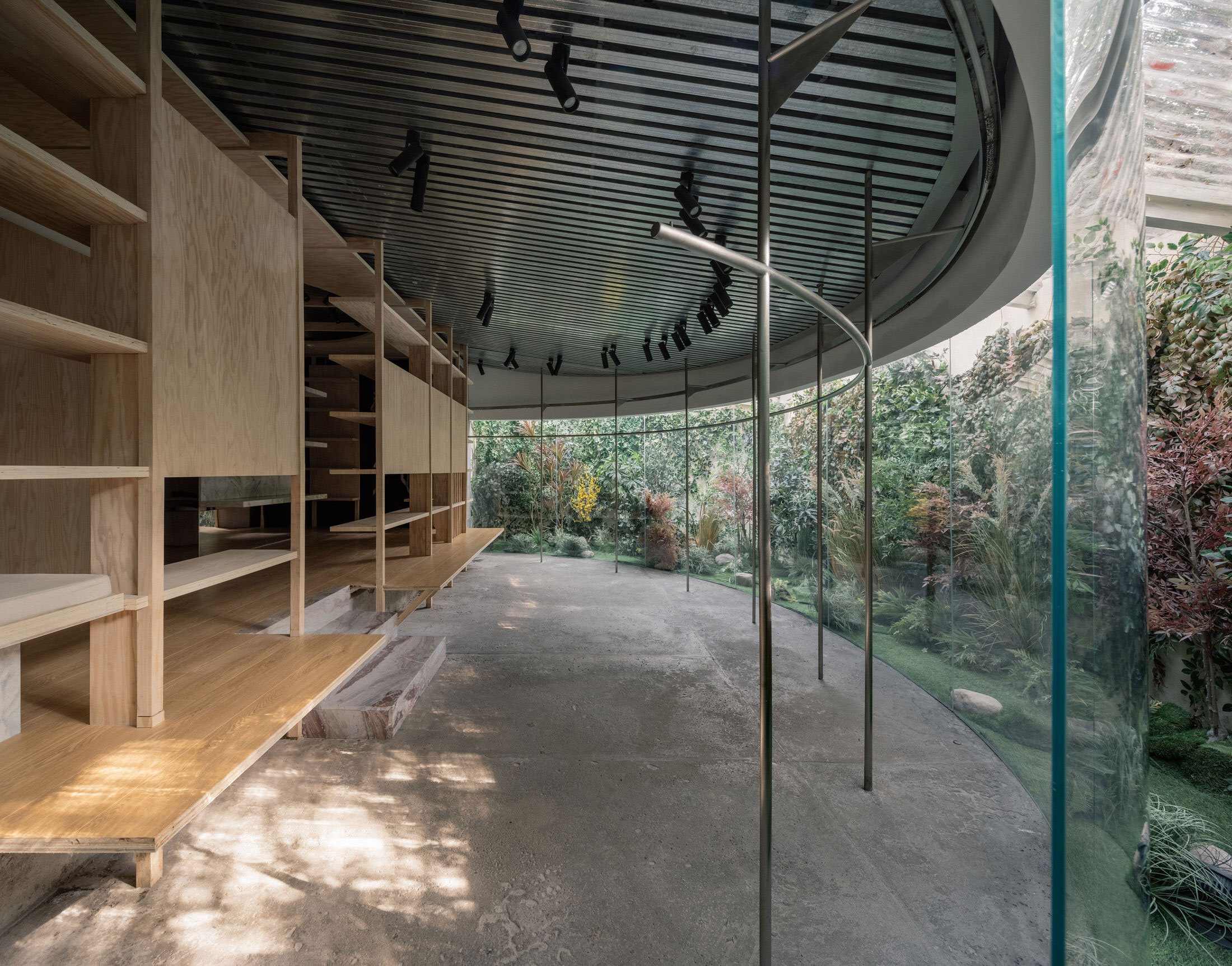 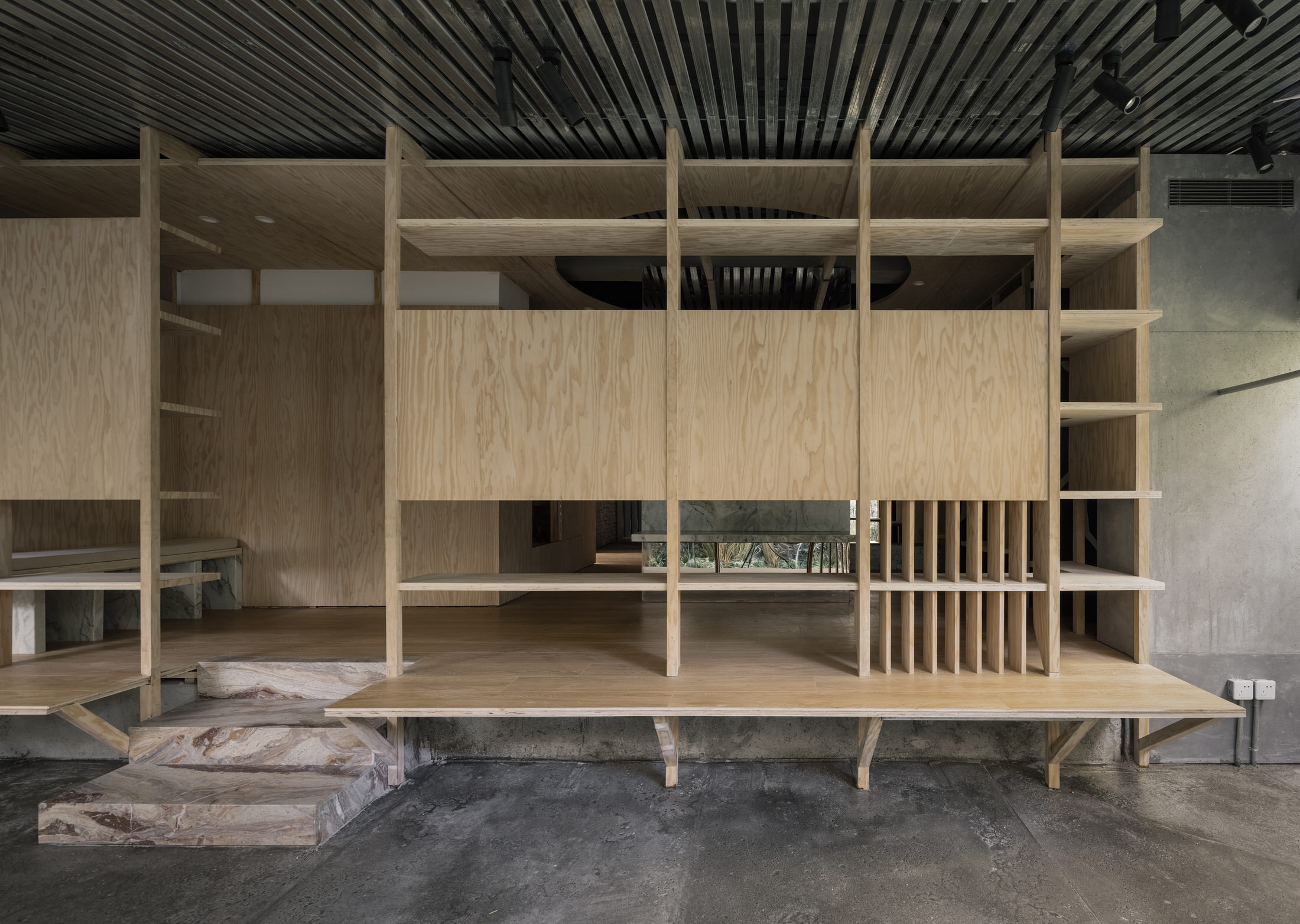 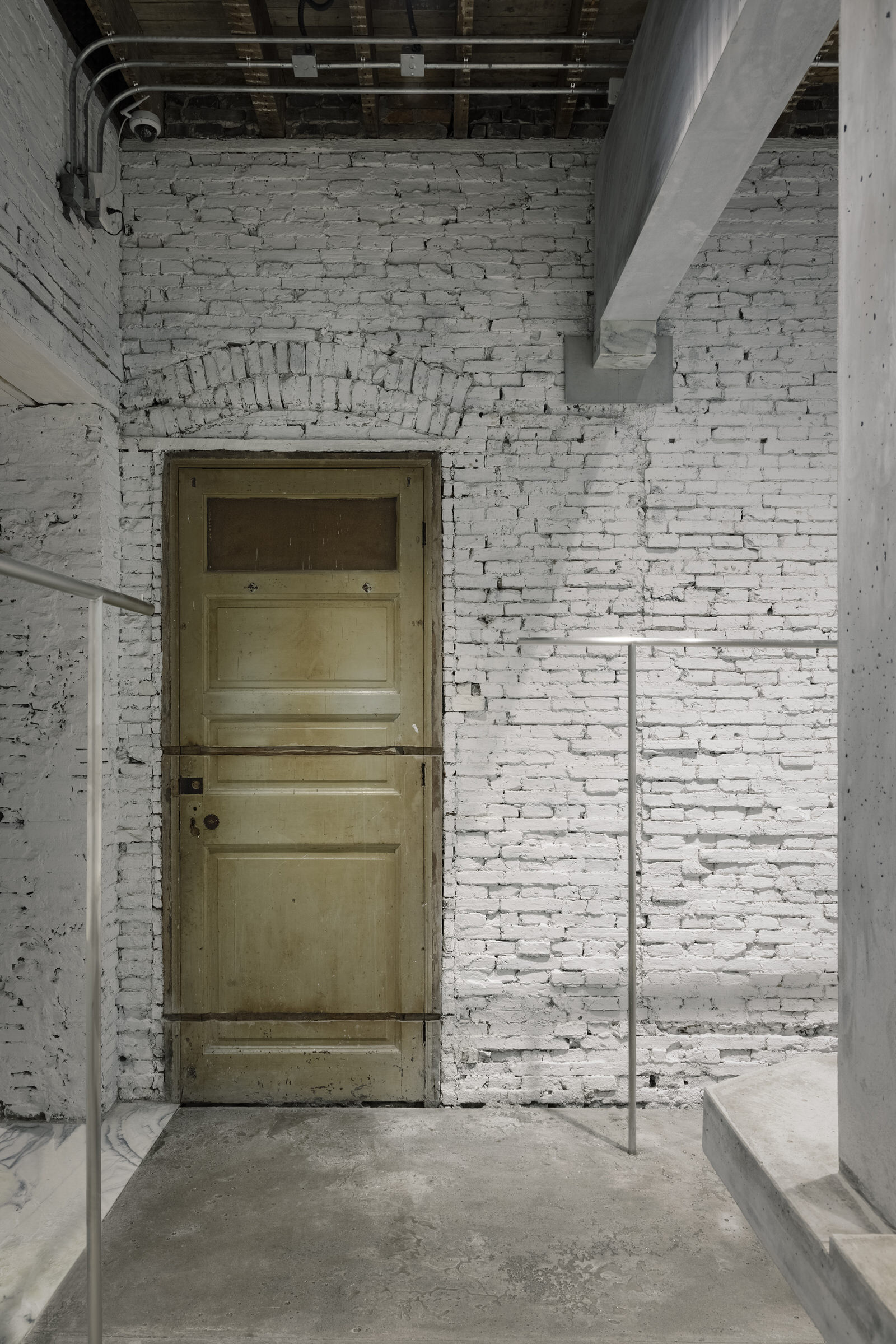 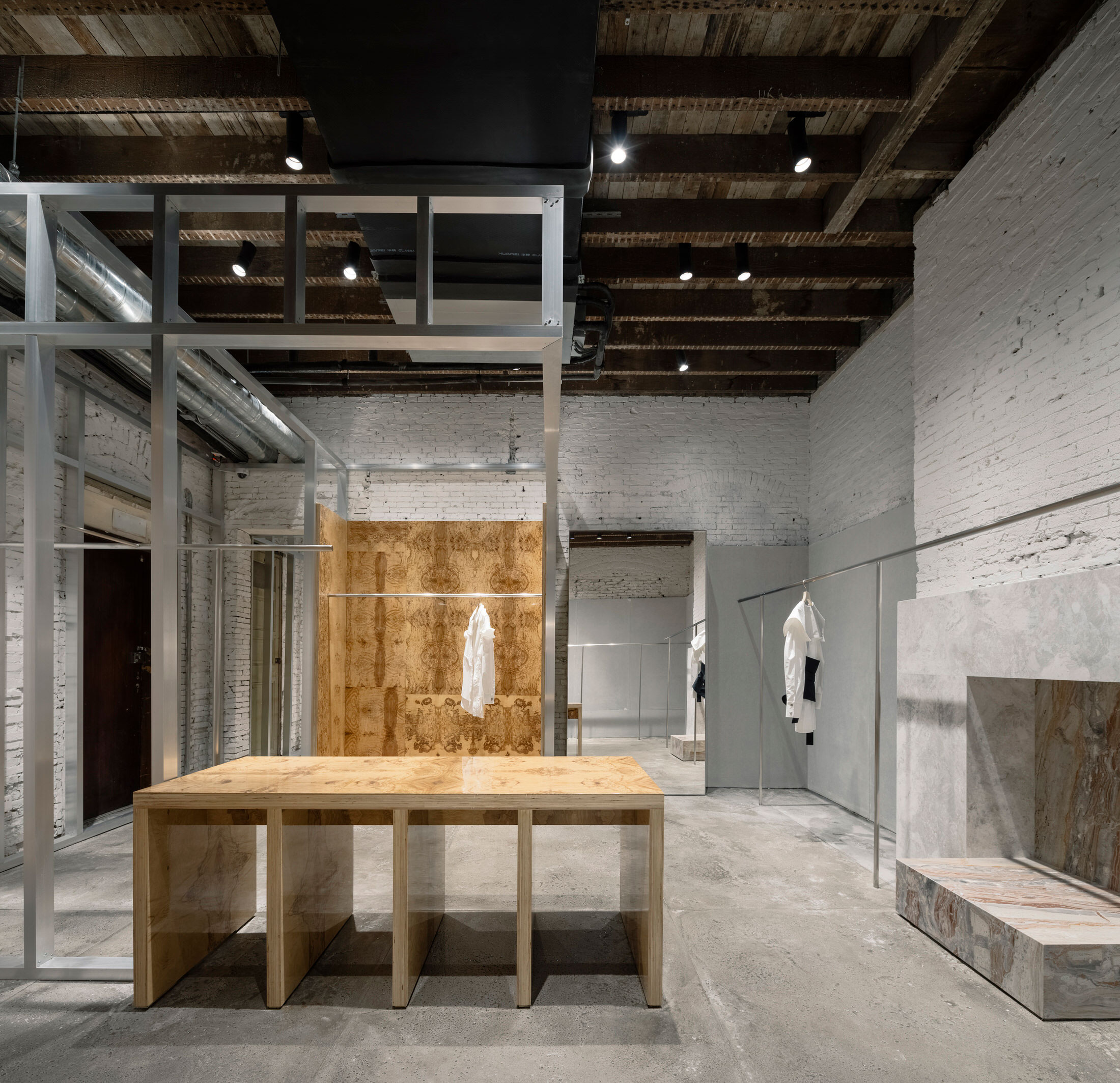 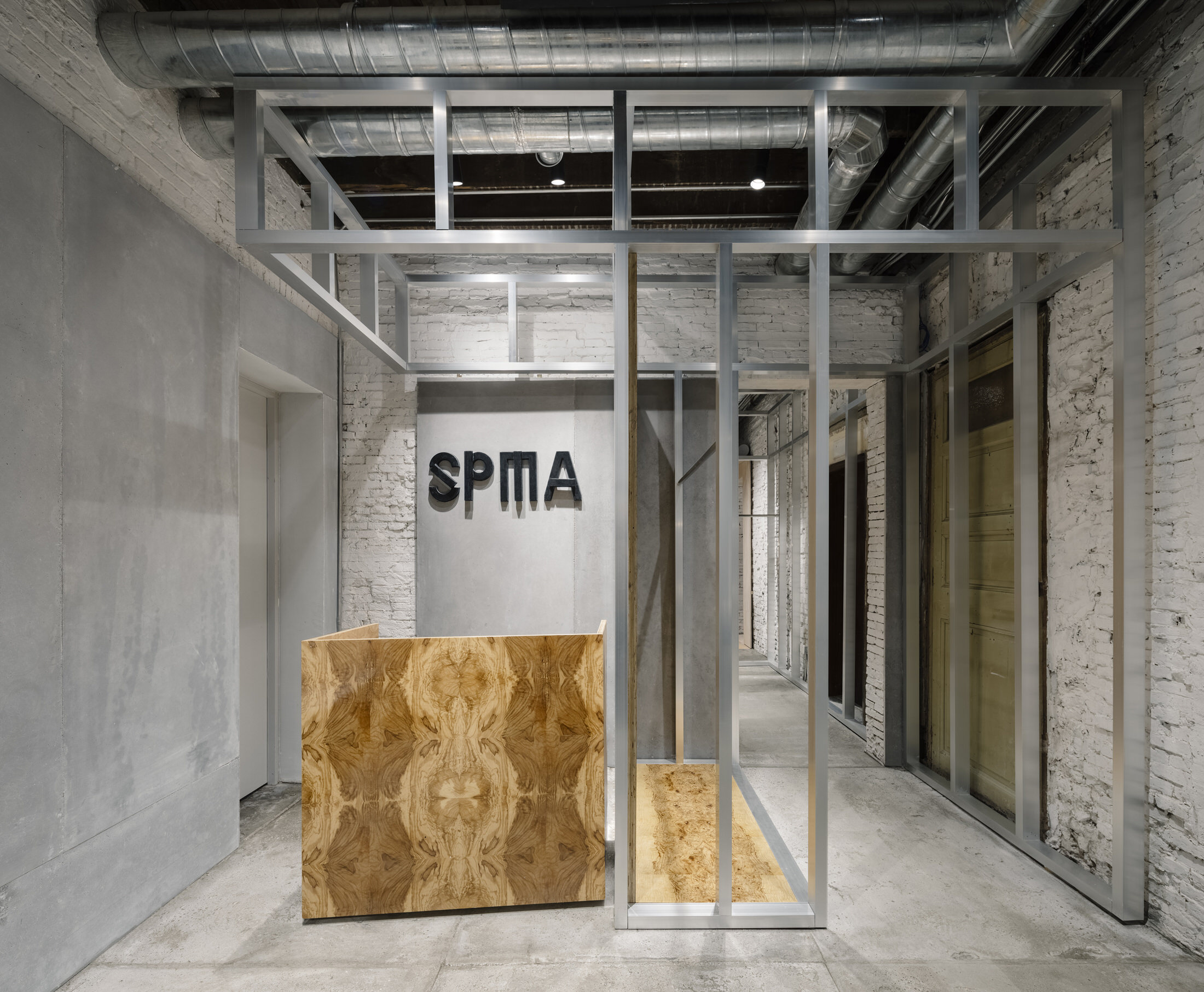 To explore the past of the architecture, existing aged timber ceilings were retained, while the brick surfaces are given a thorough lime wash. The floor’s concrete surface was left as is for its rustic charm as were the antique doors which are left closed for ornamental display. To breathe life and a level of modernity into the space, Atelier tao+c introduced several capsule components into the area—each composed of raw and refined materials to reconfigure the circulation of the existing rooms. In three predominant rooms, each one is introduced with a component that varied from timber, steel, marble or ply structures.

The first interventions from the architects are immediately felt at the entrance. The long corridor with an index of design labels faces two benches framed by an impressive marble column supporting aluminium frames for sightlines. From the first room on the right that encloses the storefront, aluminium framework extends itself around the ceiling. The room adjacent is anchored by a concrete pillar surrounded by thin silver rails repeated in other spaces. 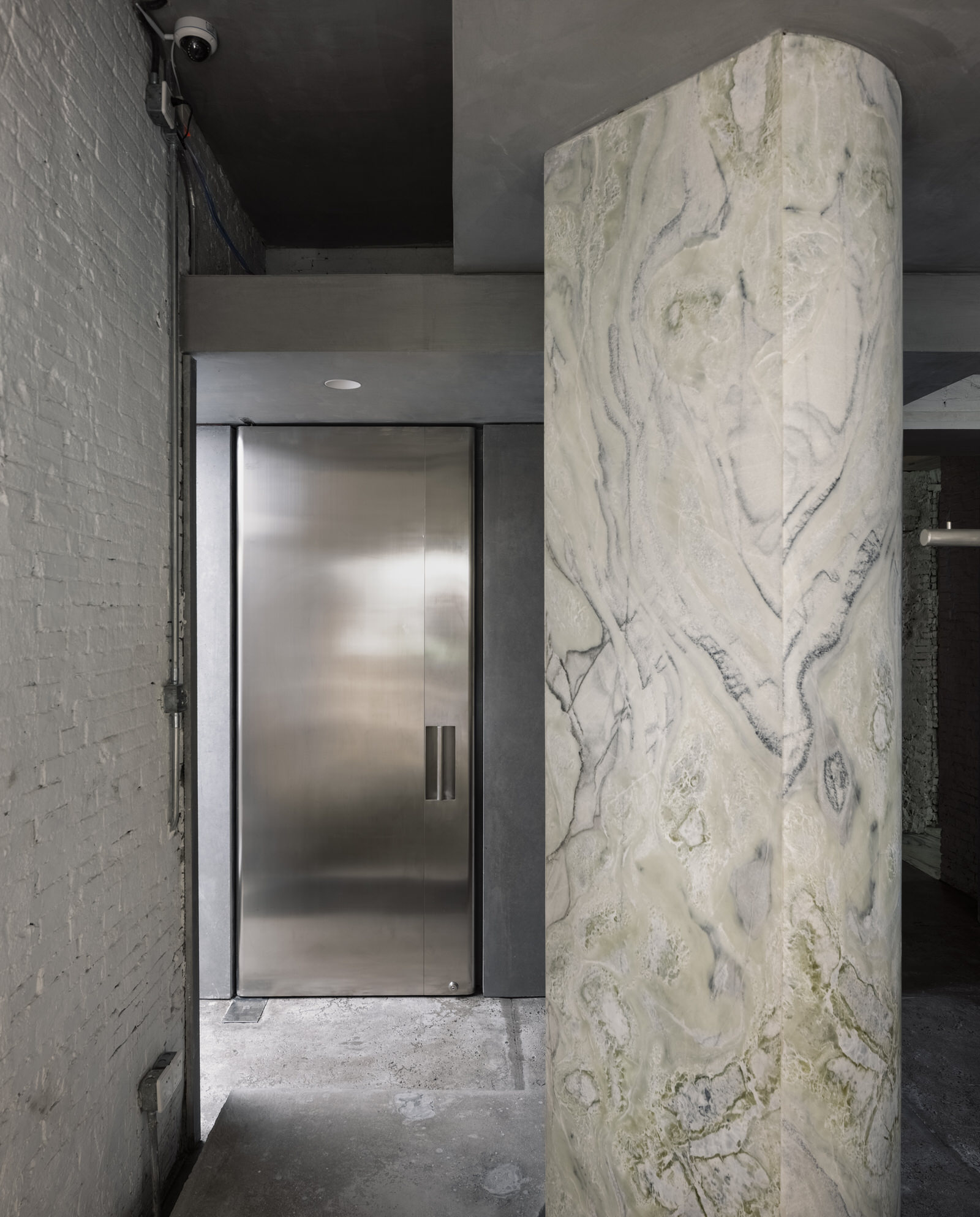 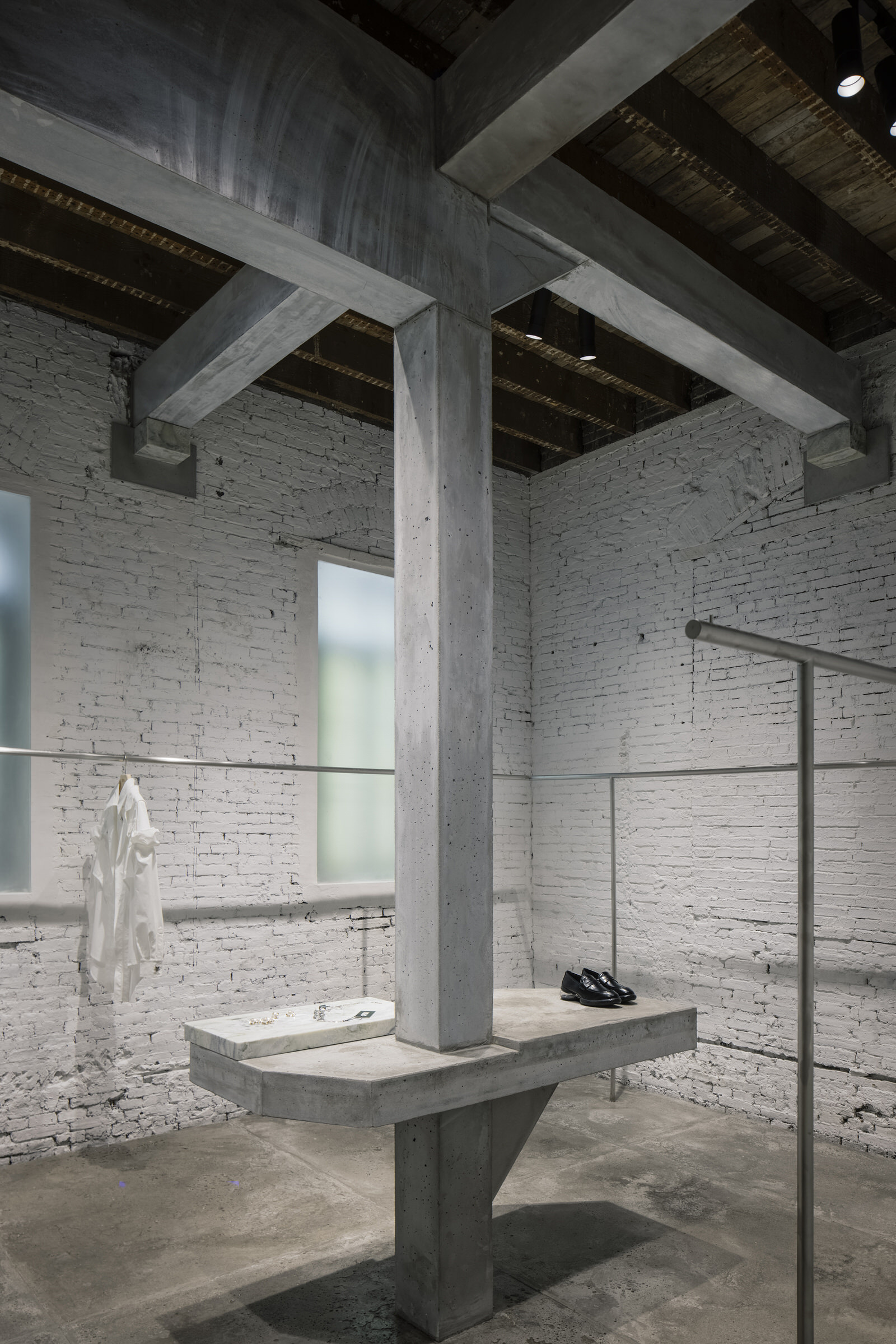 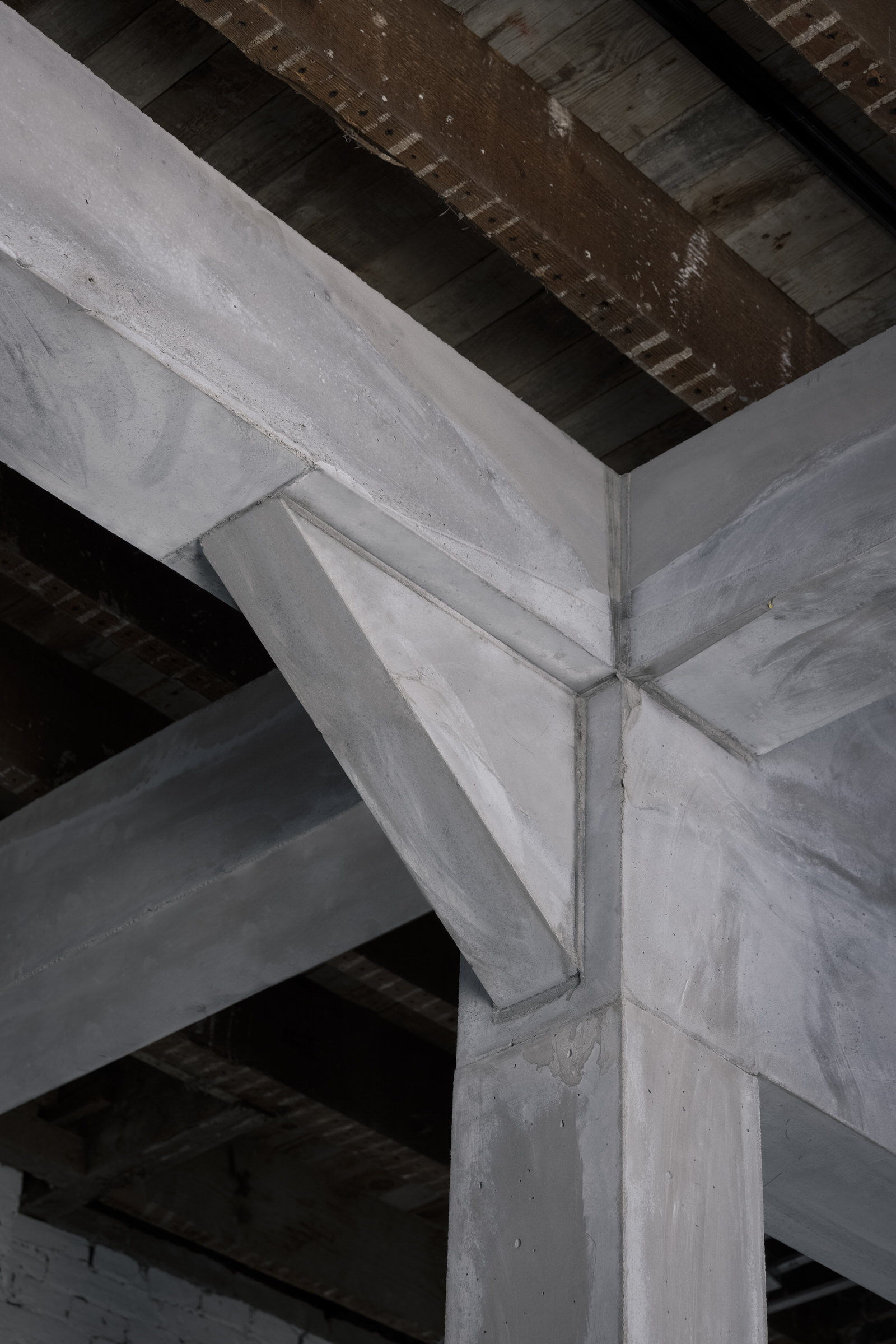 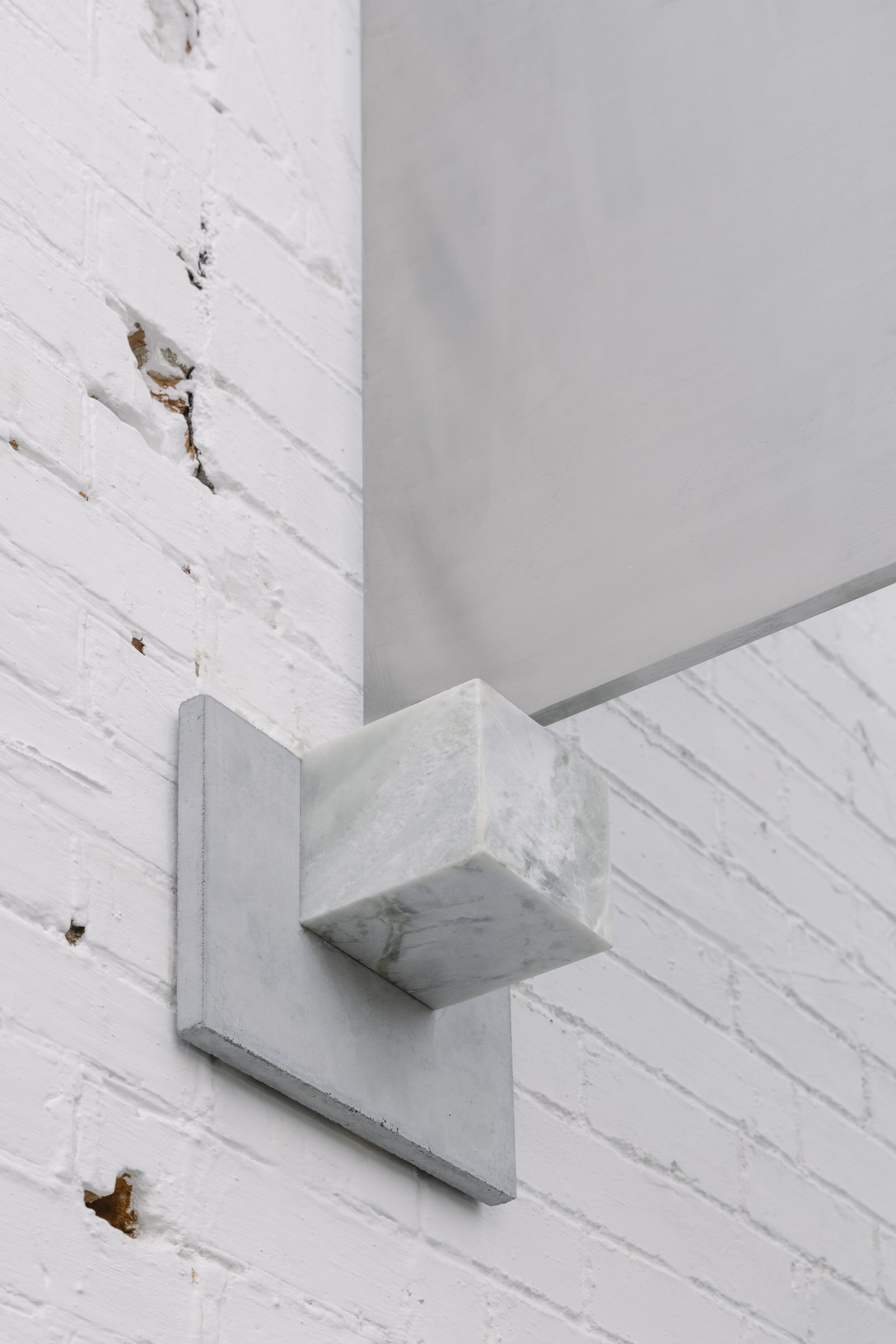 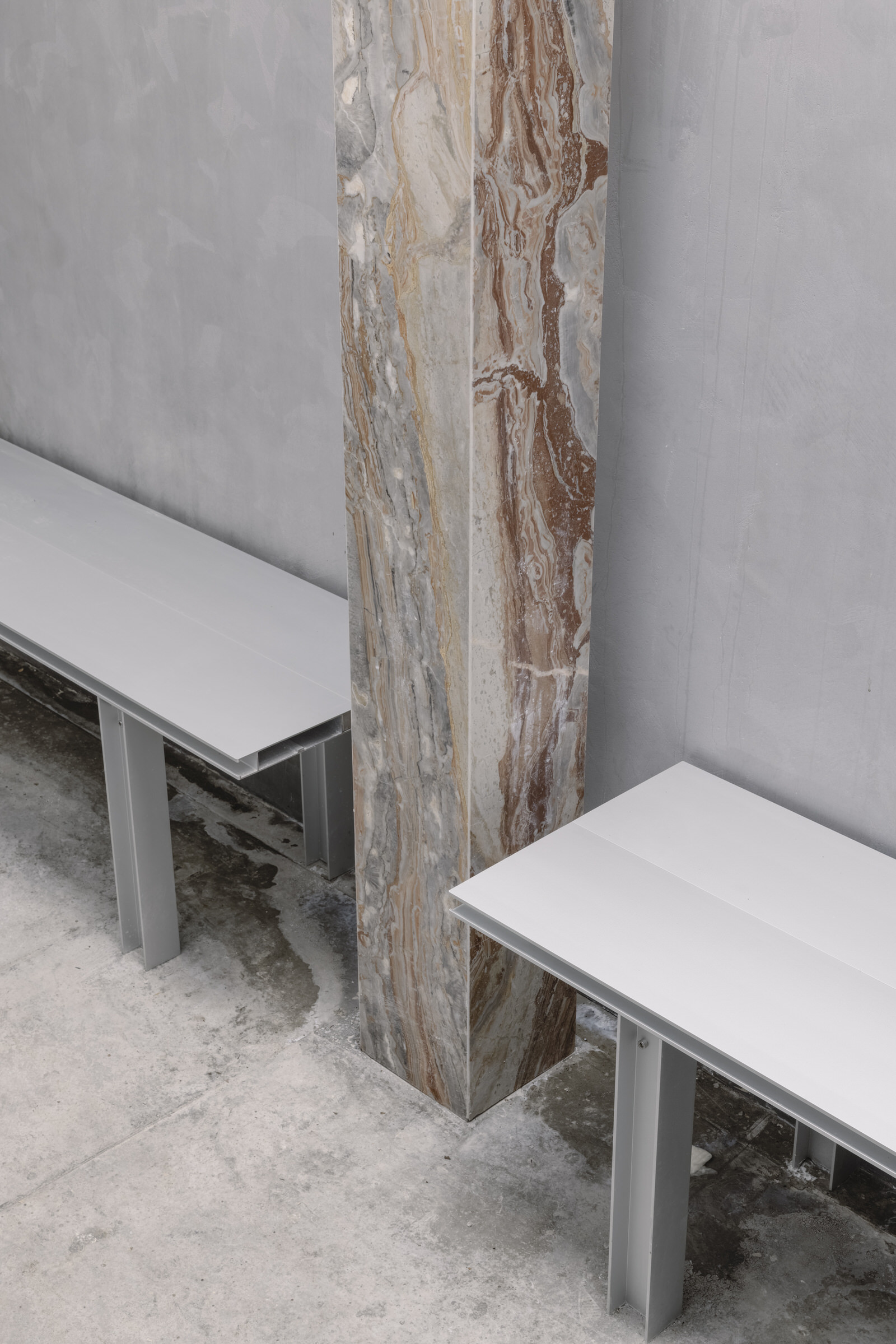 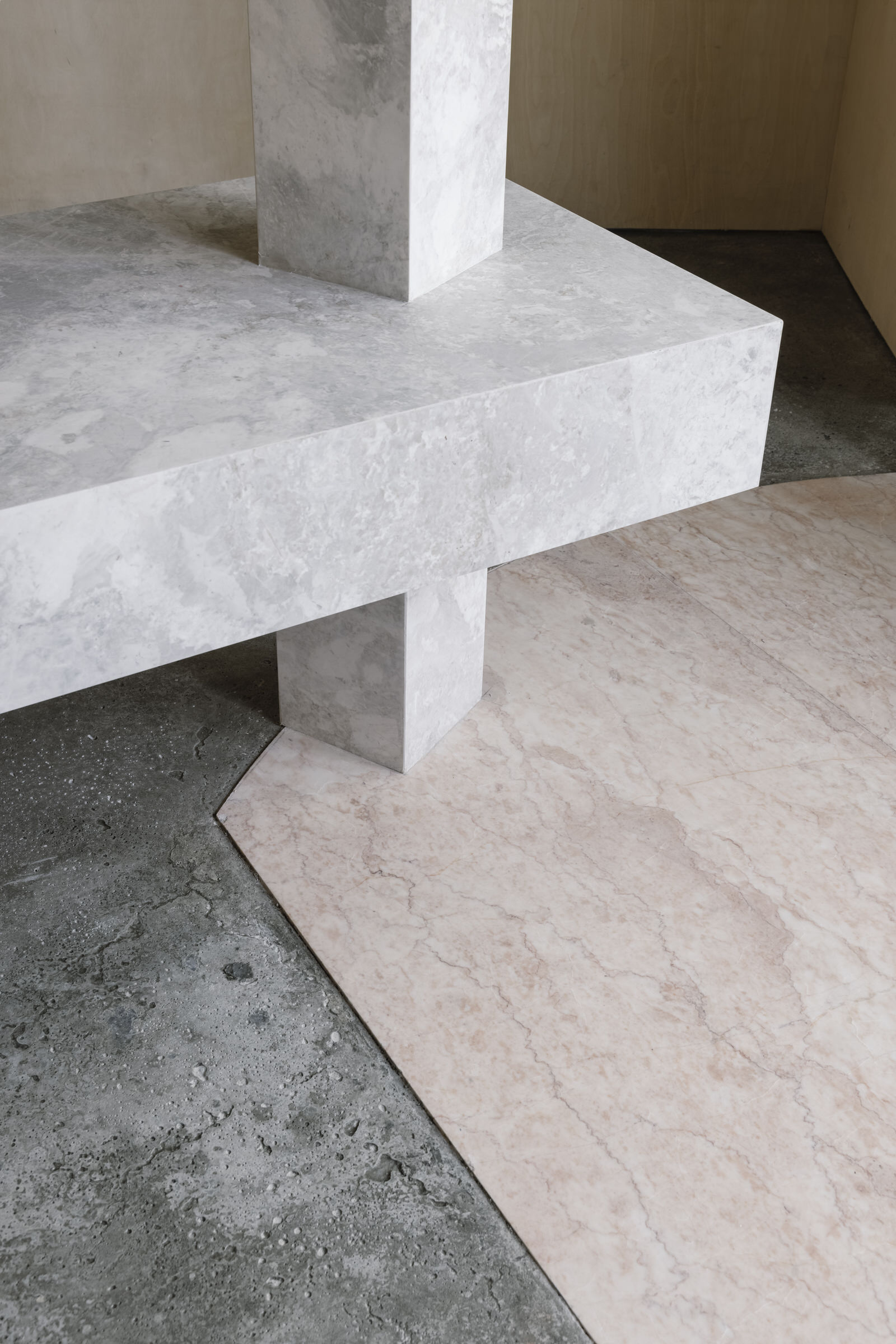 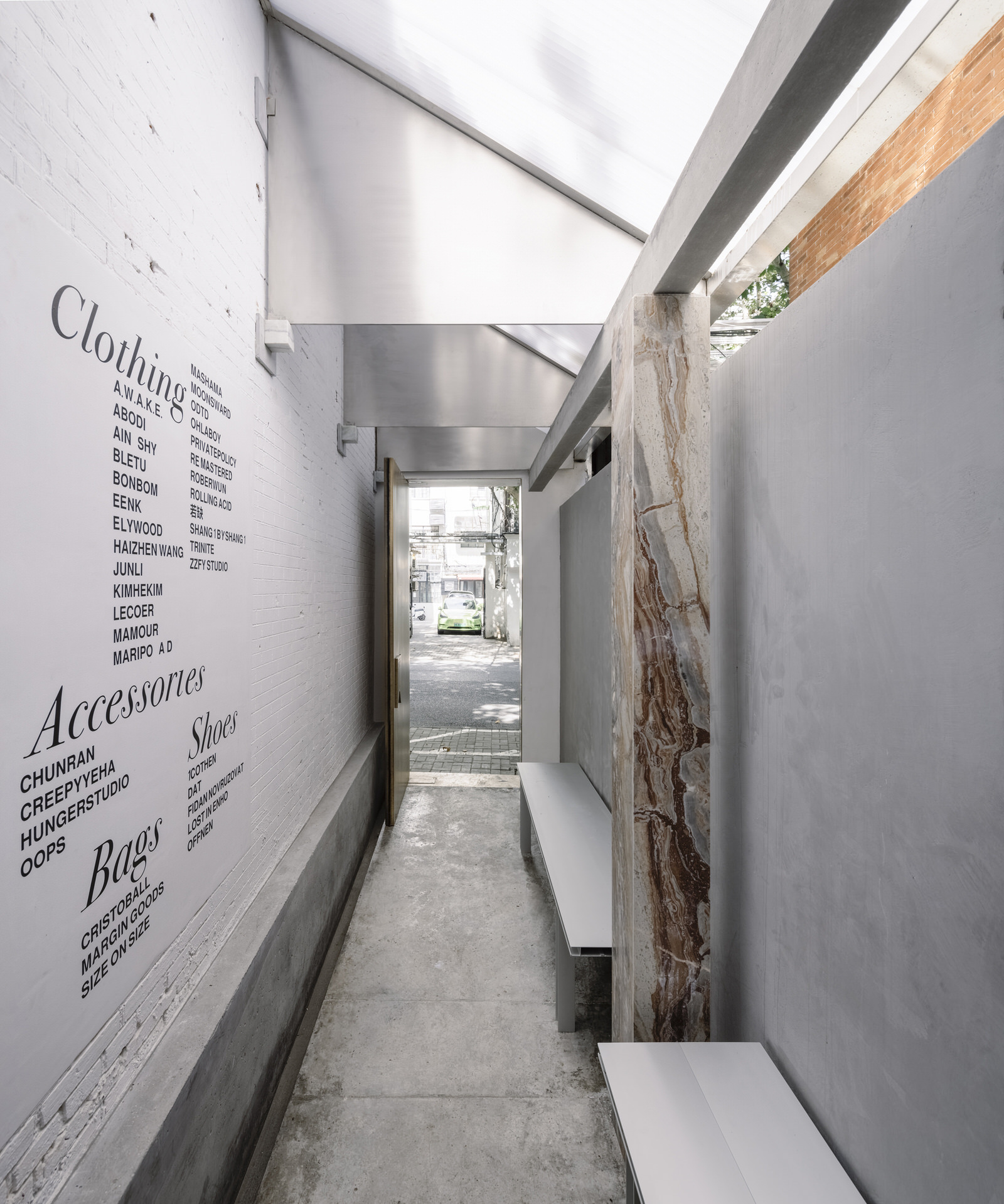 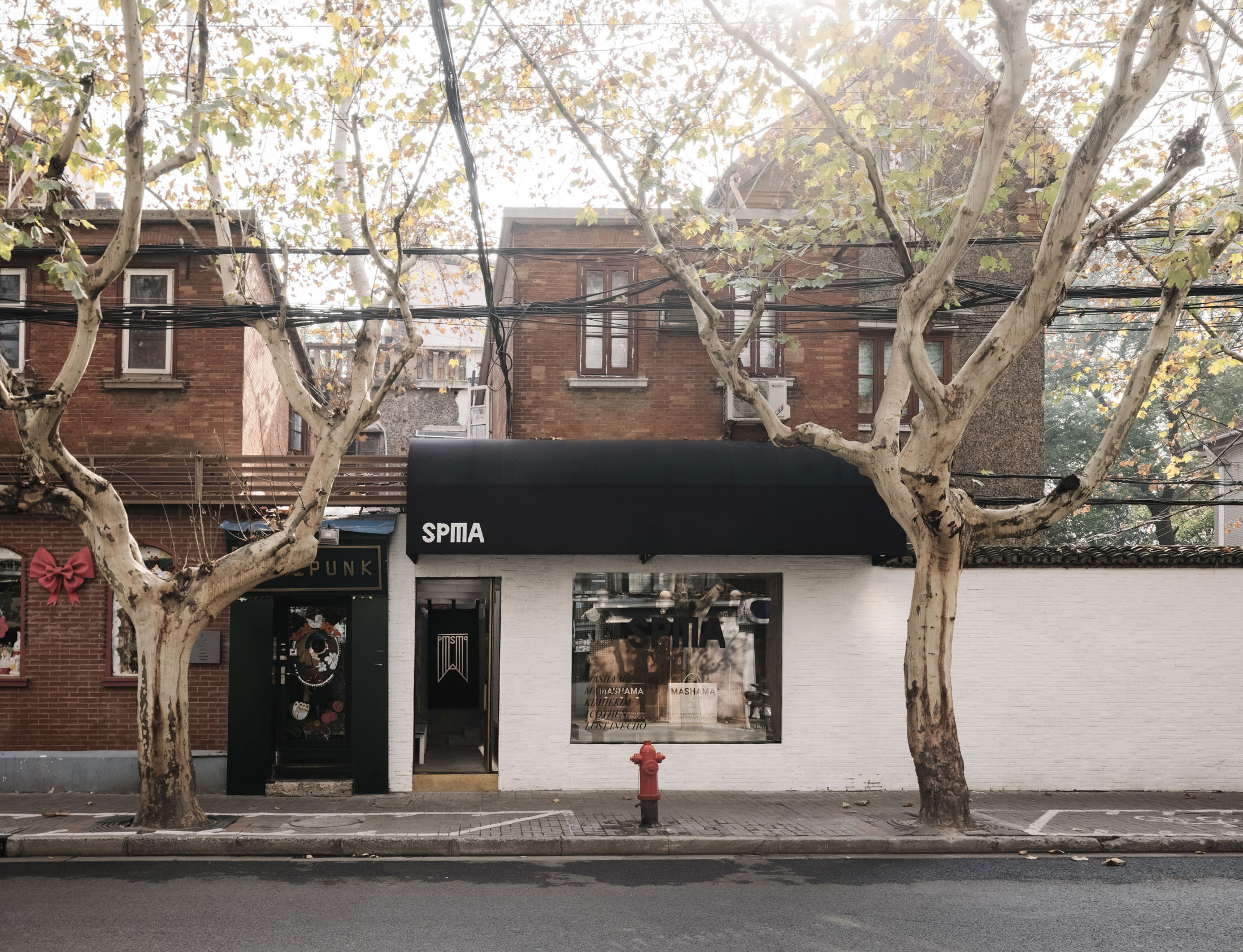 Adding a touch of warmth to the muted interior, the architects selected large wooden structure and shelving—tailored to fit in-between spaces of transition—with one being found in the centre of the shop and the other towards the rear that faces a panoramic view of a lush garden. The room next door also includes a bow window however, a circular concrete and marble pavilion-like structure is placed here instead, offering an unexpected contrast from the Douglas Fir when viewed from another room.

An evocative approach to adaptive reuse, SPMA’s interior can be seen as a metaphor to mending of clothing. Rather than disregarding something that appears beyond repair, a little bit of love, patching and darning offers a unique perspective of space sculpting. Hauntingly beautiful, Atelier tao+c’s vision for this interior allows patrons to celebrate the past, while instilling a powerful stage for a fashion retail store.