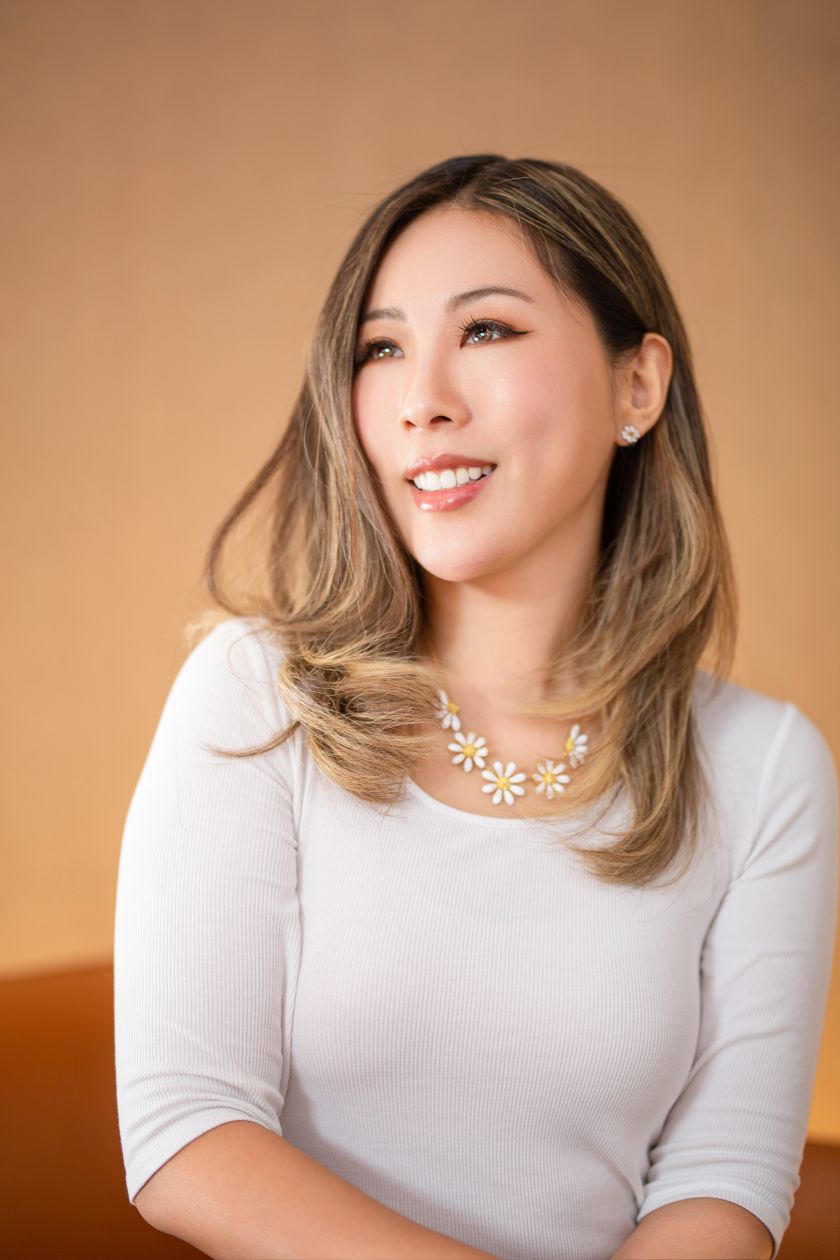 We talk to animator about the upcoming film she wrote and directed, creating the world-famous character Tuzki, what gives her hope for the future and how Chinese mythology influences her art.

Chinese animator Momo Wang is something of a multi-talented marvel. As well as working as an animator and creative director for the entertainment studio , she’s also an author whose picture books have regularly topped the charts. On top of that, she’s also the mastermind behind Tuzki, a lovable bunny character she created during her studies at the Communication University of China who has grown into one of the most recognisable mascots in the world.

And as if that wasn’t enough, Momo is taking things further. In her upcoming short film, Penglai, she combines her knack for animating, storytelling, and creating relatable characters to produce a heartbreaking story that’s brought to life with uniquely stunning visuals.

Telling the story of a young fisherman dissatisfied with his life after catching a strange fish with ten torsos, Penglai follows him as he searches for the promised land – from which the film takes its name. Along the way, he gets shipwrecked in a storm before being rescued by a mysterious woman who seems to have otherworldly powers. Believing her to be a manifestation of the divine Buddha, the man shortly makes a profound realisation about the human spirit and hope for the future.

Narrated by Scarlett Johannson and produced by Chris Meledandri and Gail Harrison, Penglai is already generating a lot of Oscars buzz. And by looking at the trailer, it’s not hard to see why. Its one-of-a-kind animation style weaves together various styles, methods and cultural imagery to tell a distinctly Chinese story with worldwide appeal.

We sat down with Momo to learn more about what went into making Penglai, what else audiences can expect from the film and her trailblazing career that has recently led to her being inducted into the

When did you first know you wanted to get into animation?

I think my earliest spark for animation was when I was about four years old. I painted a picture of a goldfish and hung it on my wall. When I awoke, the fish was swimming across my walls.

Working in animation is an evolution of the journey I’ve been on since I was a child. My mum worked multiple jobs to support us, so I was left to my imagination and creativity. In school, my main studies were fine art drawing and painting. I also had a collection of over 200 manga. And I would watch anime whenever I could at a friend’s home. 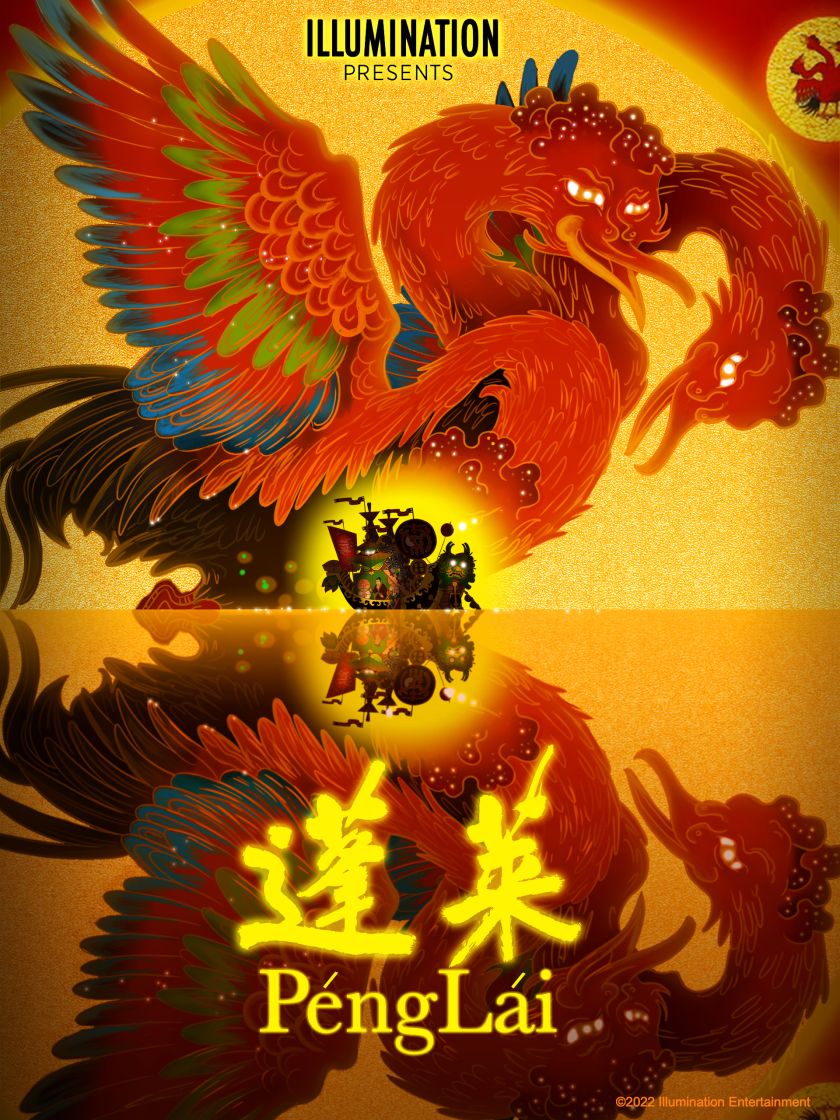 Where did the idea for Penglai come from, and what made you want to make it?

The idea of Penglai as Buddha’s mythical home is based on traditional Chinese lore. In fact, the actual city of Penglai is the place of magic and immortals in many Chinese stories. Penglai is my grandparents’ hometown, and I grew up hearing these stories.

I wanted to reinterpret one of these stories in a modern way for a new audience. It’s a familiar tale of one man’s pursuit of a mythical place. He’s faced with war, magical creatures, and an alien. It’s an epic and cautionary tale that I felt was relatable and relevant today.

Tell us about the unique art style of the film

Penglai is a mix of different art styles. I grew up studying traditional Chinese drawing. I also love anime. For this film, I was inspired by the complex visuals in the Tibetan Thangka scrolls. I really wanted to push the visual boundaries of 2D animation. Fortunately, I worked with very creative teams in the U.S. and China. It was important to us that the visual language in Penglai be part of the storytelling process.

Similarly, with the soundtrack, we started with traditional instrumentation and then reworked it with my composer and multiple DJs to infuse electronic and hip-hop elements. Penglai’s overall style is an expression and reflection of who I am and the multicultural world I live in.

Penglai mixes both animation and puppetry. What made you want to combine these two styles?

We used quite a few different techniques and styles in Penglai. We designed the film using shadow puppets, physical models, and countless hand-drawn pictures.

For example, shadow puppetry in China is a very traditional form of entertainment. I had shadow puppets made by one of the last Chinese masters. We play-acted with the puppets to block out parts of the film. They are used in a montage to convey the passage of time. Working with the puppets was an organic way to work on and develop the story.

We then illustrated the shadow puppet scene in 2D animation. By starting with traditional art forms, we were able to honour the source material and create something new.

How did your background as a picture book and graphic novel author prepare you for entering the world of animation?

I’ve always wanted to do animation, and I’ve worked to learn from the best. But it was the luck of creating the Tuzki character and then the hard work of growing him into a global business that changed my life.

That platform allowed me to author graphic novels and books. Writing books has improved my animation work. Graphical books are great because you need to go deep with character development, and you get to artistically visualise the story.

I’ve also worked in other media, which continues to build my skills. For example, I’ve collaborated with fashion brands on streetwear collections. I’ve also created CryptoKitties NFTs and built VR experiences. One upcoming project I’m excited about is a gallery show of my fine art.

As important as all this other work is to me, I am first a director with love for animation. 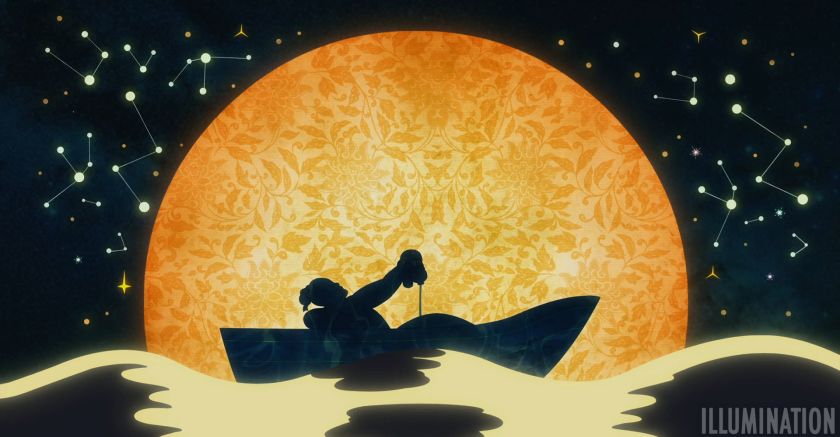 Which animations inspire and fascinate you the most?

I love the Astro Boy manga and anime. In one story I read as a child, Astro Boy must fight and destroy another robot. He then opens the door to his own heart to look at his battery. At that moment, he realises that one day he will also die. It was an awakening for me. Anime has the power to express joy, excitement, and even deep reflection.

The classic Chinese cartoon Legend of Sealed Book is another favourite I’ve watched countless times. I like the use of traditional Chinese painting techniques, which I’ve also woven into my work.

More recently, I’ve been a big fan of Spider-Man: Into the Spider-Verse. It has very imaginative characters. And the visual design is a beautiful mix of 2D and 3D styles.

Penglai honours historical Chinese art and culture. What do you hope Western audiences learn from it?

I look to Chinese history, culture, and art as inspiration for my work. Many Asian art forms and stories are still unfamiliar to Western audiences. Yet, these stories share themes and values common to all of us.

In the film, I wanted to create a window into the ancient Qin Dynasty. This era was as great as any of the grand empires in history. This period also ushered in a transition from the spiritual to the materialistic.

We see the same trends repeated today. There is a polarisation of beliefs. Humans will go to great extremes to enforce their view of the world. You don’t have to be Eastern or Western to understand the danger of this.

My hope for all audiences is that they enjoy the film. I hope it’s relatable and fresh. Plus, it would be great if the film exposed new audiences to Chinese art and stories. 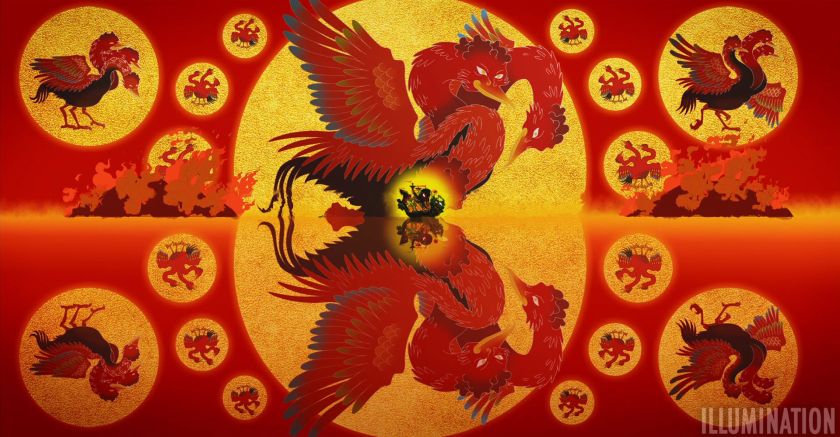 How is making your own short film different from working on franchises like Minions and Despicable Me?

I’ve made many short films throughout my career. However, Penglai was the first film I wrote and directed for a major studio. In some ways, Penglai is like the larger film franchises I work on because I get to work with incredible talents, such as Scarlett Johansson, who narrated my film.

While I directed Penglai, I am also an animation and creative director at Illumination Entertainment. I work on special projects for our blockbuster films. I create original animations and content that amplifies our brands.

For example, I was the animation director for the music video Turn Up the Sun by Diana Ross and Tame Impala. This music video was an extension of our feature film Minions: The Rise of Gru.

You created the world-famous Tuzki and now a fish with ten torsos. What’s your secret to creating distinctive characters?

The audience decides if a character is distinctive or important. As storytellers, we must create characters that are more than pixels on a screen. Great characters have rich and meaningful lives.

Tuzki is a black & white line drawing. The ten-torsoed fish is wildly colourful. Yet, they are similar. All my characters come from my inner voice and alter ego.  I don’t think there is a secret recipe to the process. I try to be honest with who the character is and the world in which they live. I’m fortunate when this resonates with an audience. 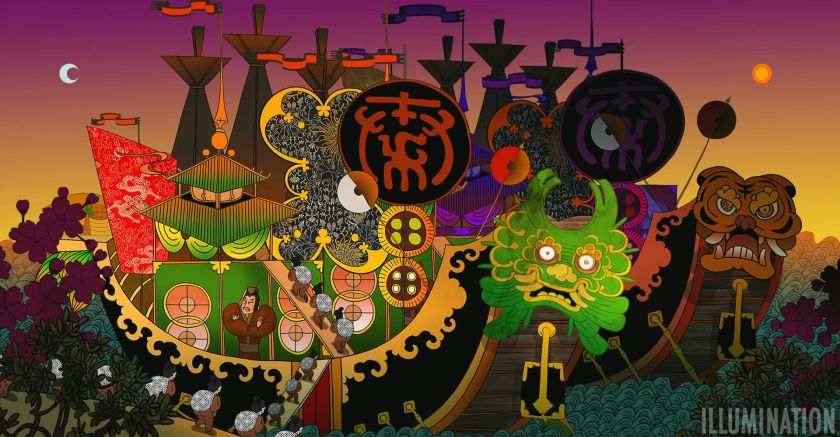 What are the most challenging and rewarding parts of directing animation?

I love creating characters and stories. Animation allows me to bring this to life and share it with others. Animation is also very complicated, laborious, and time-consuming. You must love it to do it. And I do.

Directing is a learning process. You’re a creator and leader. You bear a lot of responsibility. It was amazing working with talent who are masters in their respective fields. We produced Penglai during Covid, and we got hit with obstacles at every step. I had to learn to manage the complexities and persevere through the challenges while staying true to my vision. Ultimately, you must prepare, do the work, and believe in your team.

Congratulations on recently being inducted into the Asian Hall of Fame! How did that feel?

I was surprised and honoured. The inductees are mavericks and masters of their craft. For me, it was inspirational to be included because I hadn’t thought of myself in this way. Throughout my career, I have focused on creating the best work possible. Receiving this honour made me pause and acknowledge that I am on the right path. The experience also provided me with role models that I look up to and can now call friends.

Penglai is a celebration of the human spirit and hope. What gives you hope, and what are you hoping for in the future?

I am hopeful and positive about the future. Of course, every project I do has its challenges and triumphs. But the process always renews my passion for creating great work. What I am especially hopeful about right now is the work I’m doing toward directing my first feature film. 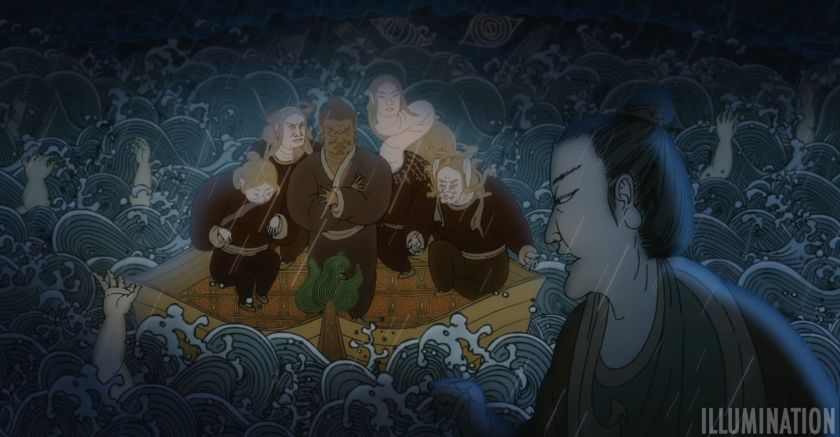