Replete with soft, fleshy curves and creases, the latest collection of furniture by Bohinc Studio doesn’t shy away from citing its inspiration: the female form. Consisting of three pieces, including the Big Girl armchair, the Derriére armchair, and the Peachy pouf, isn’t exactly subtle, particularly when rendered in a pale shade of warm pink. Fittingly enough, the collection made its debut in the abandoned nunnery called Casa Delle Suore in Alcova for .

These pieces were dreamed up by Slovenian-born designer and Bohinc Studio founder Lara Bohinc. The armchairs and poufs are not “naked,” she insists; they’re modestly upholstered in fine, soft wool fabric. She was inspired to create them after working as a jewelry designer in the fashion industry for many years, where curvy bodies are not typically welcome. She wanted to craft pieces that not only feel like sinking into the body of a woman you love, but encourage acceptance of real bodies, flaws and all. 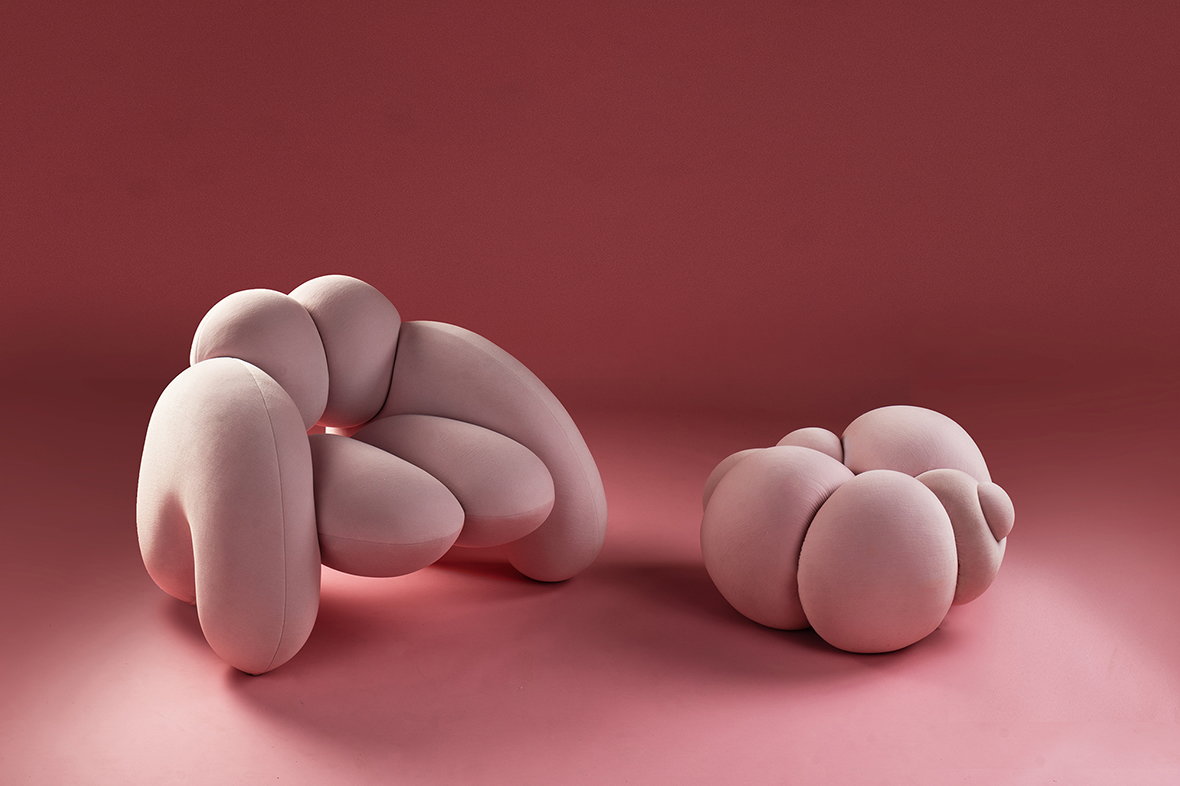 “The female form has always been a source of inspiration in art, photography, and design, but often with an unrealistic eye or as a response to society’s perception of how the female body ‘should’ look,” says Bohinc. “I wanted the Peaches collection to be a pure and unabashed celebration of femininity and the female form, celebrating every curvy, voluptuous, and fleshy detail.” 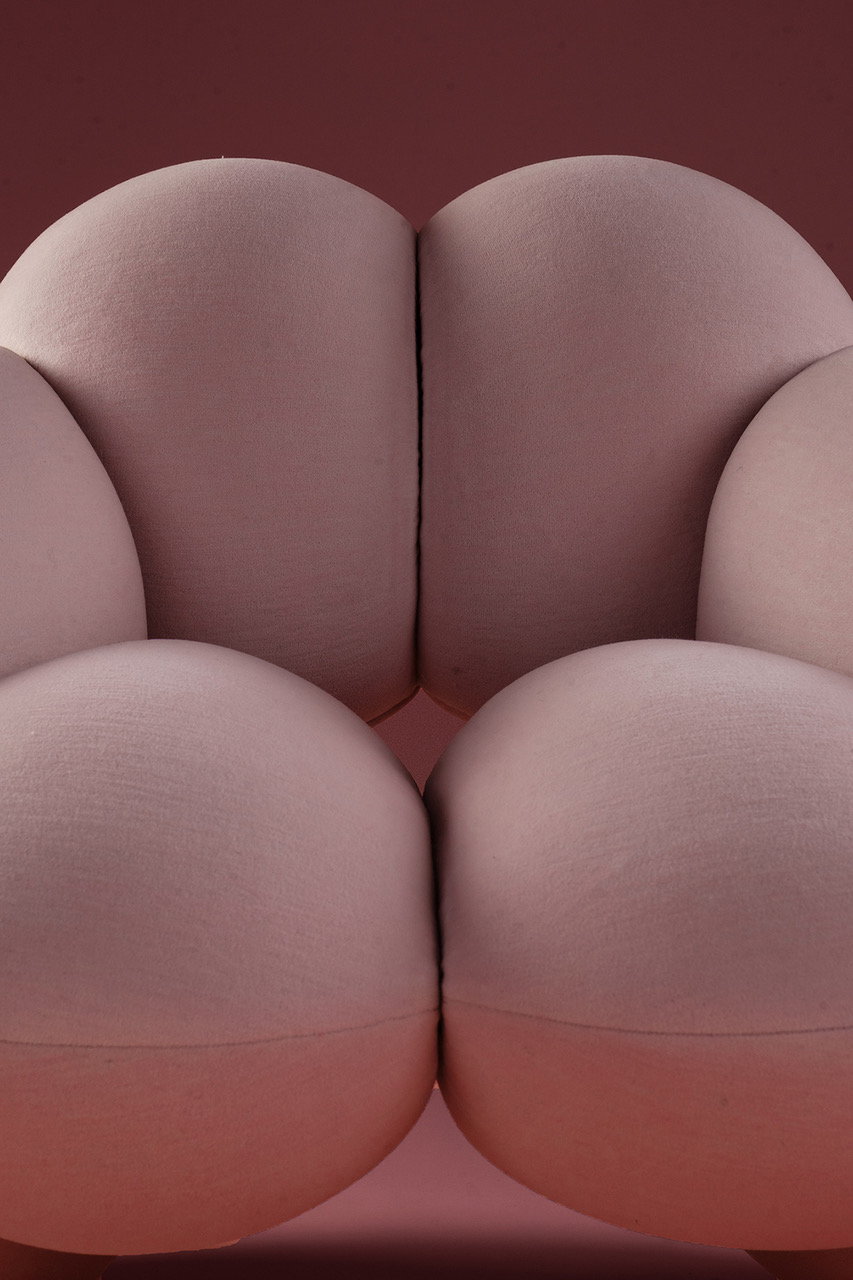 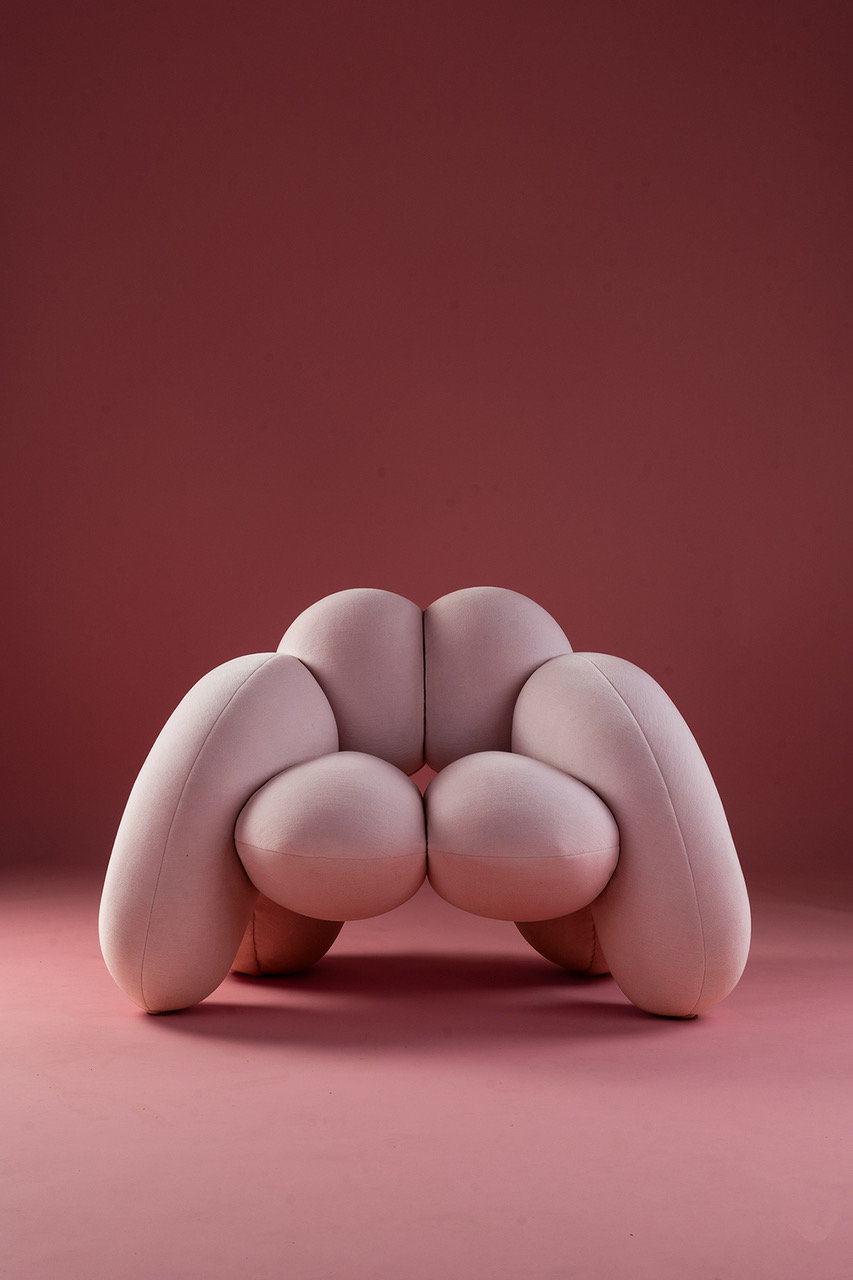 “Although my previous work has always had a feminine touch, my pieces have often featured more geometric qualities. The Peaches collection is my most curvaceous to date, reminiscent of all the gorgeous shapes of a woman’s body and with no straight lines or sharp angles in sight.” 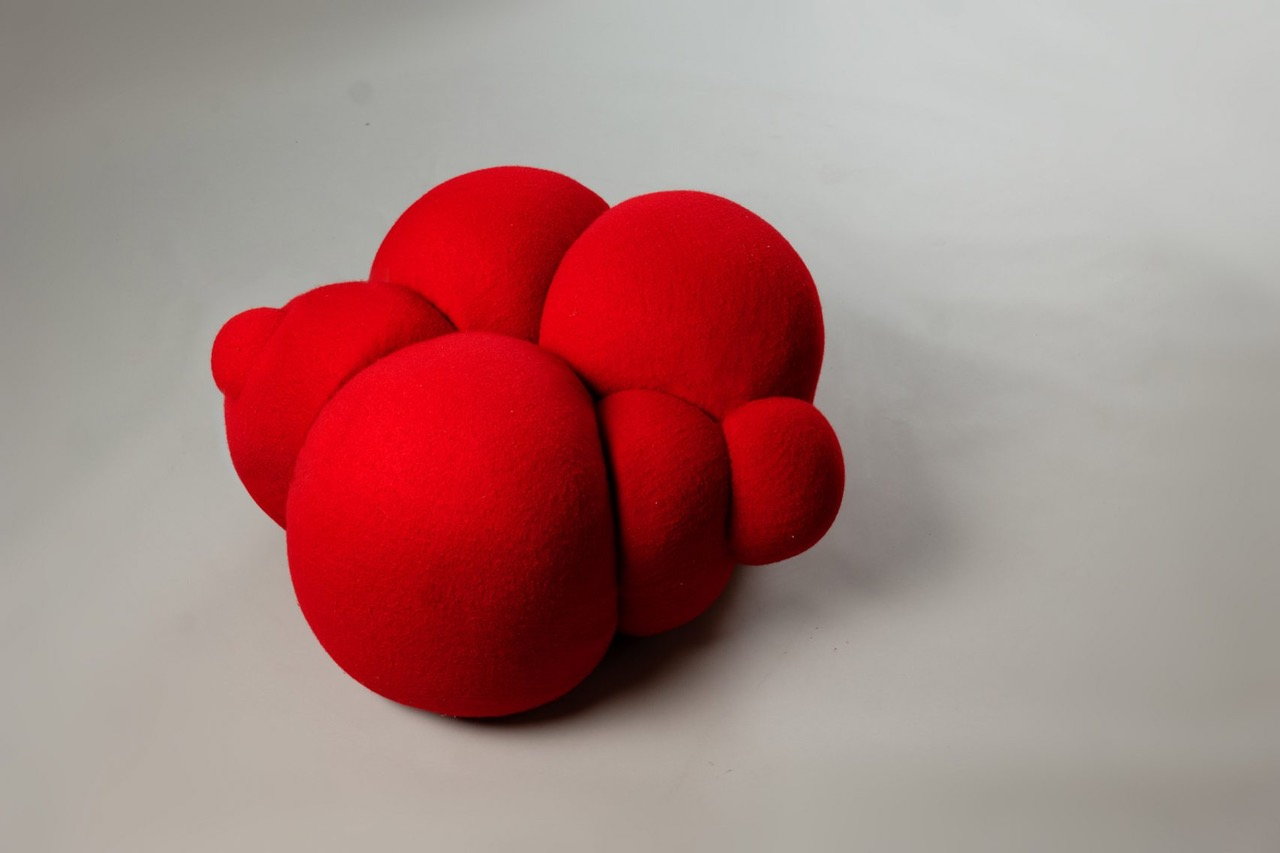 The Derriére armchair might just be the boldest of the three pieces in the collection. The inspiration pointed out by the name is front and center, immediately recognizable, in both the back and seat. The “arms” of the chair are really more like softly folded legs. The matching Peachy pouf is a mass of breast-like forms upon which to rest your weary feet. 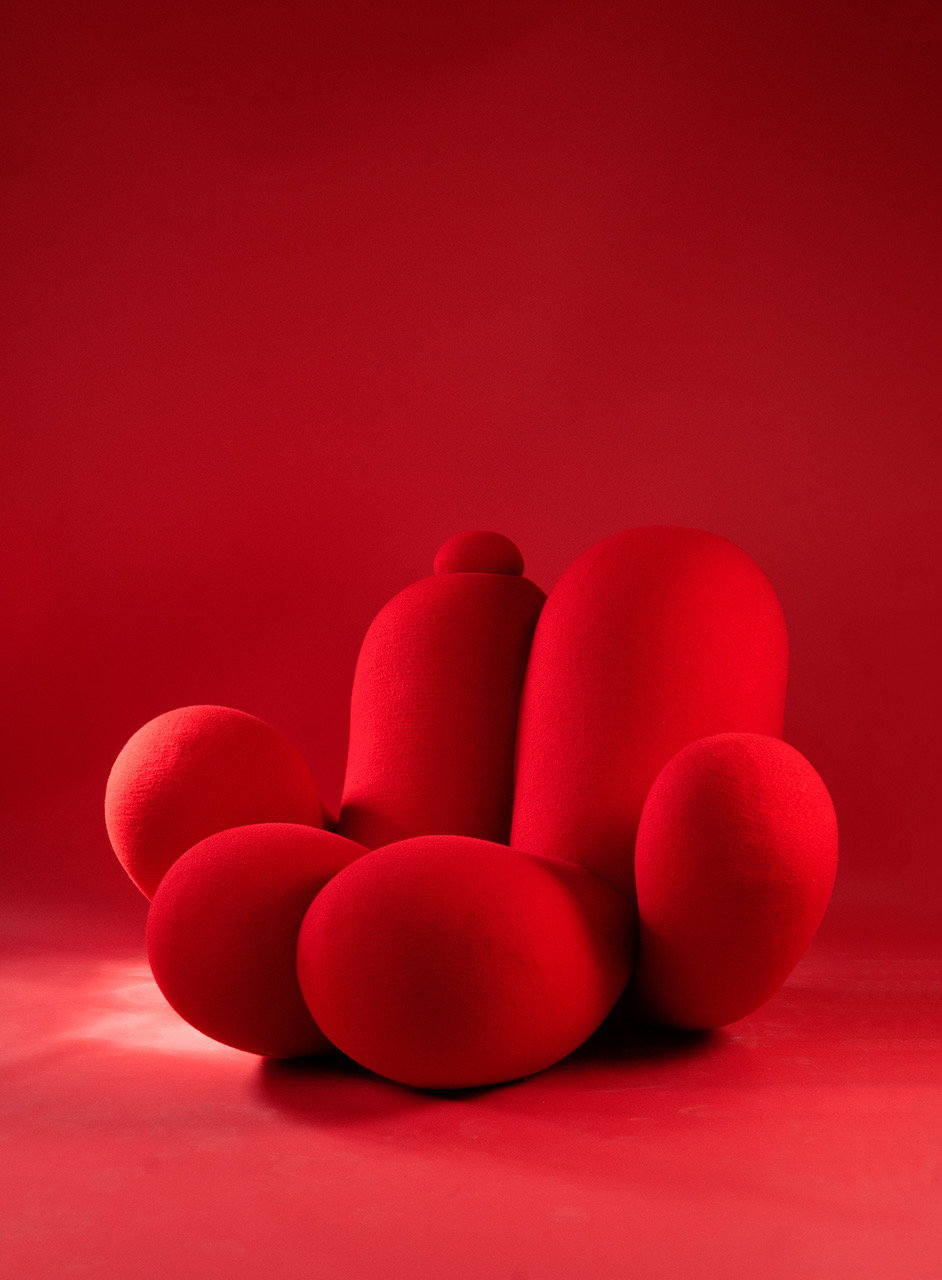 The Big Girl armchair, the largest piece in the collection, is just slightly more abstracted. Swelling, sensual shapes come together to offer a low-slung seat that cradles the body with six bulbous supporting elements. Wood and steel are used to create the frames of each piece, while foam fills them out. Each one is handmade in a North London upholstery workshop and can be purchased from Bohinc Studio’s online shop, with prices ranging from just over £7,000 to £14,000 (about $8,300 to $16,600). Every purchase is individually numbered and comes with a certificate of authenticity. 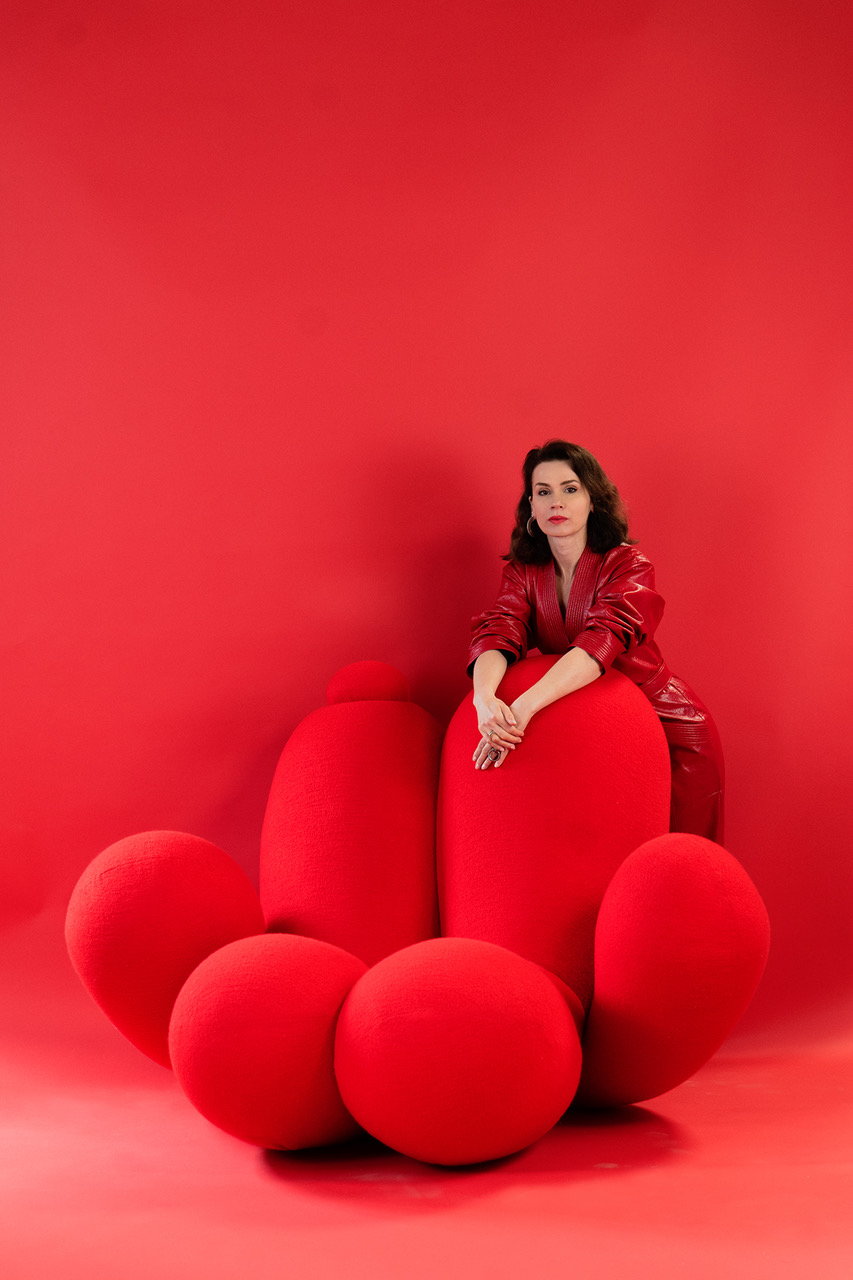 If you find Bohinc Studio’s pointedly mammalian Peaches collection a little lurid, or maybe even offensive, the company offered a clarification . “I’m lucky I’m not a man. I would have to be very, very careful [about inviting people to sink into the provocative seating]. But because I’m a woman, I can celebrate my own body. It’s the difference between objectifying something and celebrating something.”