Enisaurus simplifies reality in his satisfyingly geometric artwork and animations

is a self-described “dinosaur head with a computer” who creates delightfully geometric artworks and animations. But who is the illustrator behind the persona? We find out.

He might take his name from the dinosaurs, but there’s nothing prehistoric about Enisaurus. Working digitally to turn nature, art and pop culture into stunning angular artworks that fit together with pleasing precision, the professional illustrator and animator has worked with the likes of Disney, Apple, Facebook and Twitter, to name but a few.

In reality, Enisaurus is Santiago Usano Martinez and hails from the sunny mountains of Valencia in Spain. A former graphic design student, he would go on to set up a design and illustration studio with two of his friends called Voltio. After deciding to close the studio after five years to take a different creative path, Santiago went to work at a creative agency in London for Nickelodeon, Google and Rovio.

As for Enisaurus, his own personal studio, this was set up two years later when Santiago moved back to Spain. “And it’s really at that point when I start feeling like I’m taking control of my creative career,” he tells Creative Boom. “Working hard and experimenting as much as possible in search of my own voice as an independent artist.” 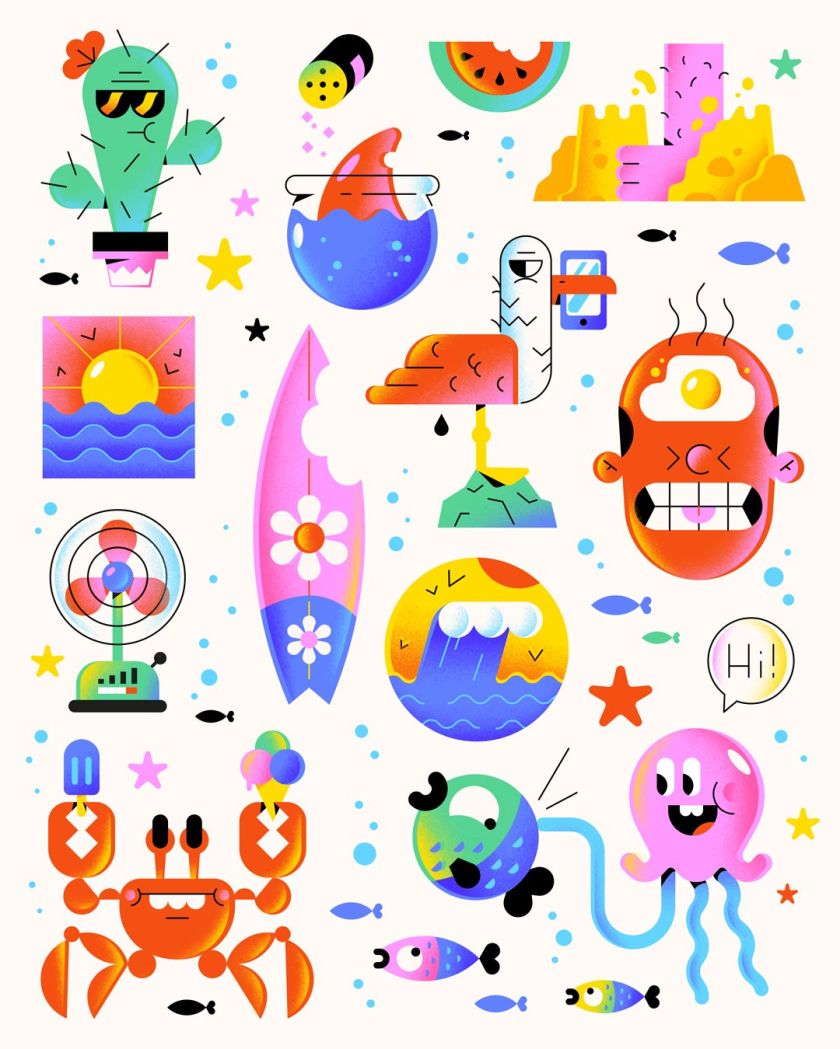 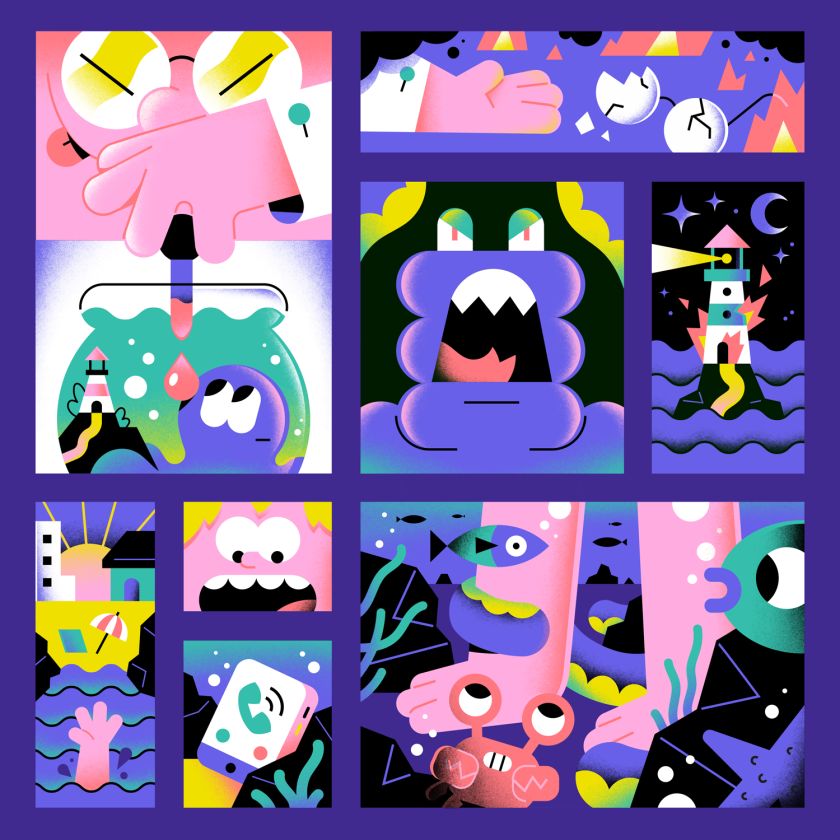 When defining his voice as an artist, Santiago’s background as a graphic designer is readily apparent. His illustrations, as well as being stylised and distinct, all have neatness and a sense of composition. Whether it’s a personal work about a trip to Iceland or a call to slow living surrounded by snails and waterfalls, there’s a reassuring feeling of repetitiveness rooted in mathematics.

“My love for geometry and tendency to simplify reality as much as possible led me to my current style,” Santiago reveals. “Which I also think is constantly evolving. I actually have to make a huge effort from time to time not to change it too much and keep the Enisaurus vibes visible enough. I consider myself a non-conformist person and very demanding with everything I make; that’s a blessing and a curse.”

And far from being mundane, this simple ‘Enisaurus vibe’ has proven versatile and in demand. “The interesting thing about my style is its endless possibilities and ability to be adapted. Because my compositions are built with independent illustrations, characters, elements, frames, etc., I can play around with them to make them work and fit any client demand.”

The foundation for his work ideas and concepts can be traced back to childhood and enjoying fiction stories. And once Santiago saw how studio made a living out of drawing crazy stuff and having fun at the same time, he knew he wanted to follow in their footsteps. 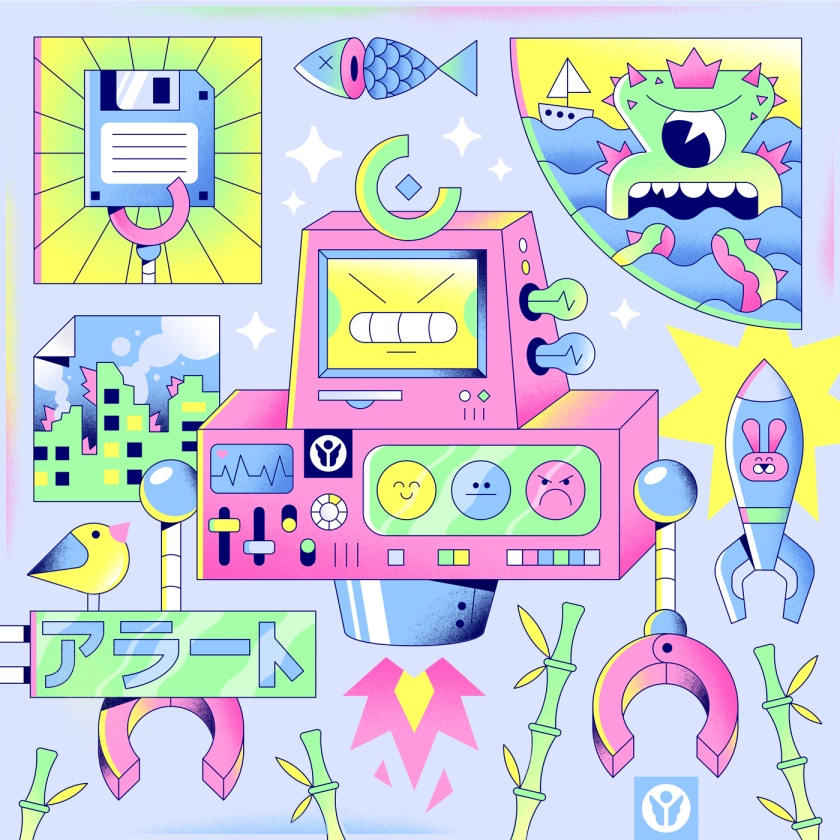 “Their characters, worlds, and crazy ideas were an incredible source of inspiration to me. Nowadays, my artistic inspirations are different, but they are all equal. I feel connected to every artist that plays with nature and different cultural and artistic resources.”

With his fingers in many pies, including Crypto art, it’s nice to hear that Santiago embraces some of the slow-living attitude he celebrates in his artwork. A typical day involves waking up at seven, enjoying a freshly ground coffee, and taking in the funny pink sunrise clouds, which always make him smile. After taking his dog Cima, it’s down to work.

“I start by taking care of my emails – which I know is not a good idea to do first – but because all of my clients are usually from the US and there is a big time difference, I need to see if there have been any changes or new assignments. After cleaning my inbox, I start working on the current commercial commission. And if there aren’t any, I keep myself busy by working on personal projects. This helps to feed the social media monster, but most importantly, it keeps my insatiable brain busy.”

An important part of any artist’s day is finding inspiration, so where does Santiago find his? “It’s always difficult to answer this question and not fall into generalisations,” he explains. “I never had a specific mentor or inspiration. I’m always looking for new inputs and taking in everything around me, whether from the internet or going out with my camper van to the outdoors. 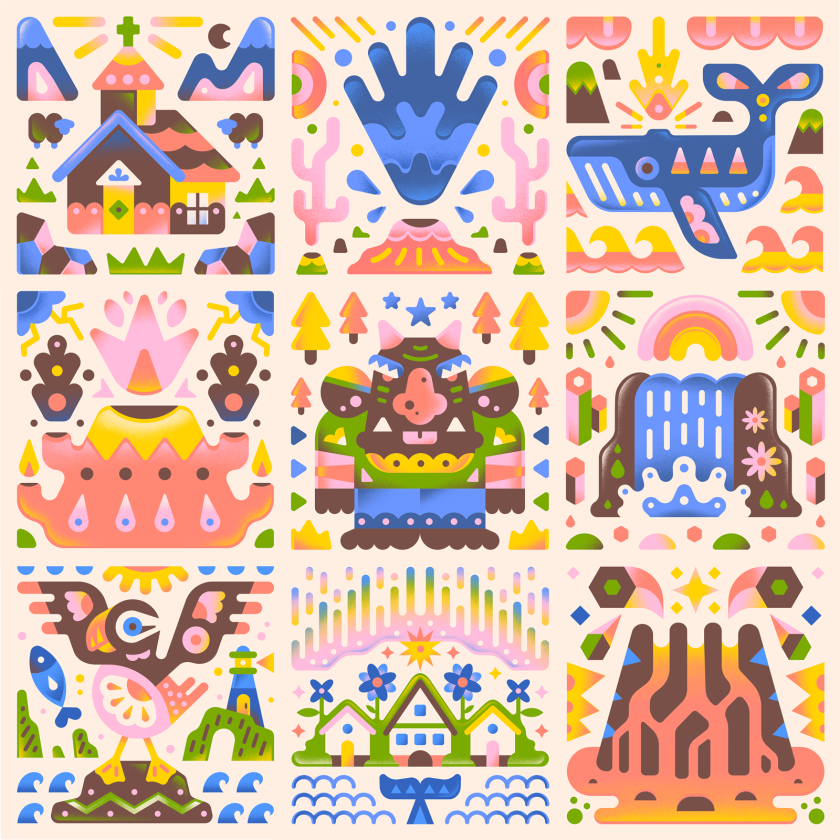 “Mainly, I love travelling and everything related to the mountains, nature, and foreign countries and cultures. I’m usually more attracted to artists whose work has nothing to do with mine.”

This down-to-earth attitude is serving Santiago well so far, as he has landed dream projects, including a collaboration with Disney. This partnership is one of his proudest, and it looks like the respect is mutual as, so far, he’s been asked to work with them six times.

“I’m also very proud of my work for The Washington Post. And if I could choose a personal project, it would be my last one about Iceland. I kept developing my geometric style with this project, which turned out well. I’m motivated to keep evolving that path, and I’m curious to see how it will look with some added motion.”

As for what’s next, Santiago reveals that he’s just finished a project for Facebook’s Meta and is currently enjoying some free time. He concludes: “I’m working on a personal piece about Sobek, the Crocodile God from Egypt, and I’m having a lot of fun with this one! I’ve always been a fan of Egyptian culture, so I’m taking care of every little detail with this one. Maybe I’ll even animate it; I will see.” 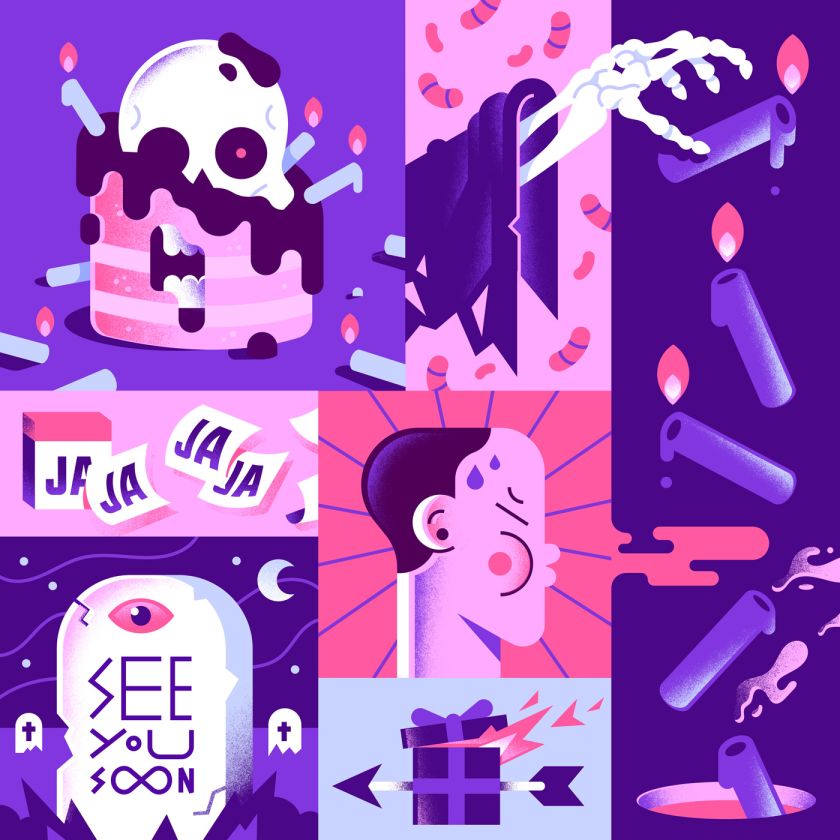 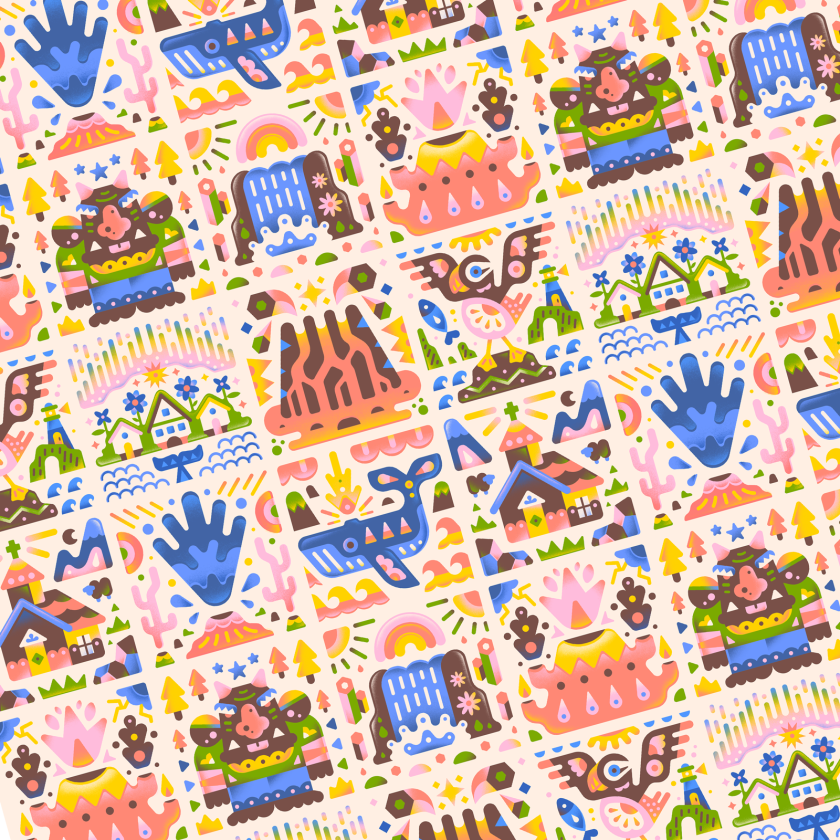