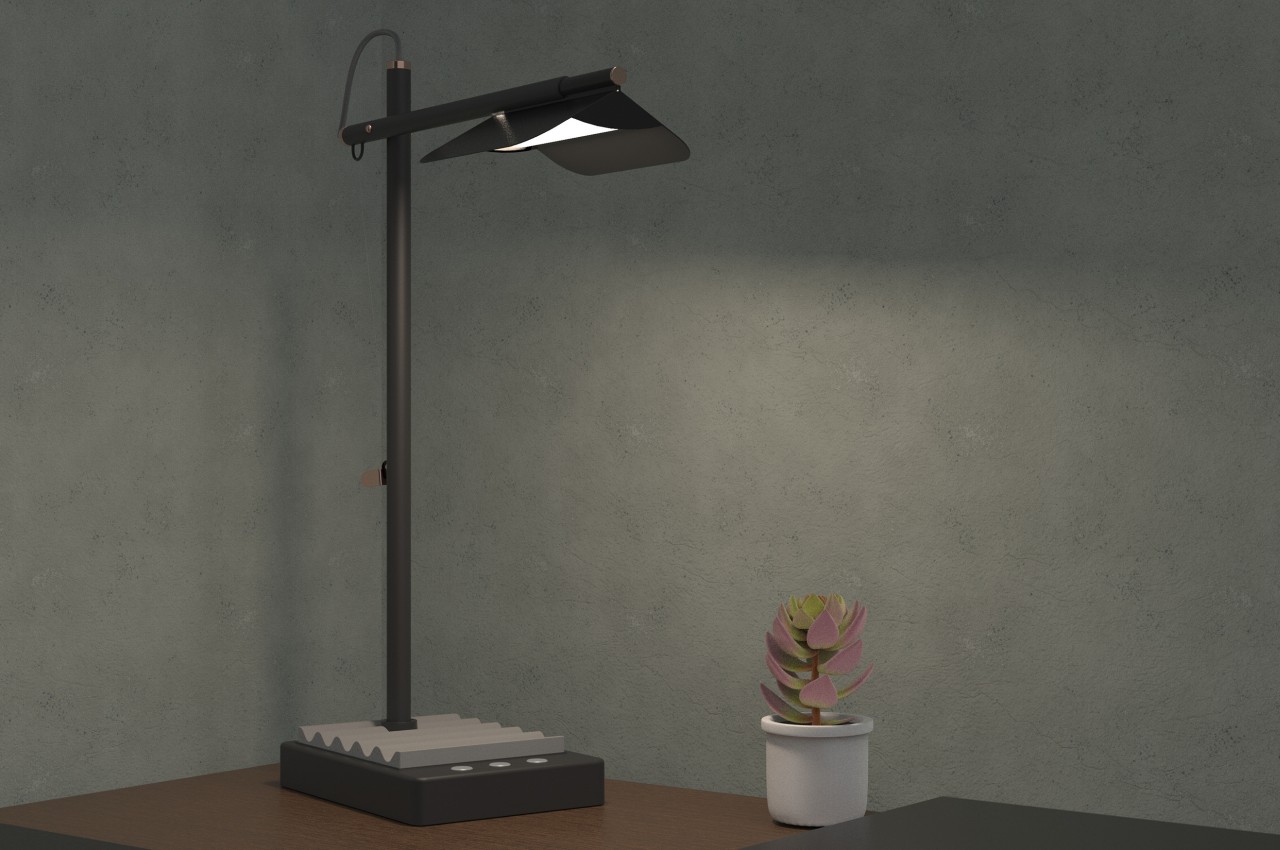 Given their focus on study or work, many people assume that all you need is to keep desks tidy in order to be productive. Ideally, that would be true, except for the fact that humans need more than just a clear and organized space for their brains to work properly. There will always be a need for inspiration, motivation, or even just something visually interesting to perk up our minds and stave off boredom and monotony. You don’t have to go overboard with decorations and curious stationery, of course. Sometimes, “simple” works best, after all. Just like the case with this desk lamp that is simple in form and function but has enough interesting touches that make it memorable and appealing enough to spark your mind’s curiosity and, perhaps, its creativity as well. 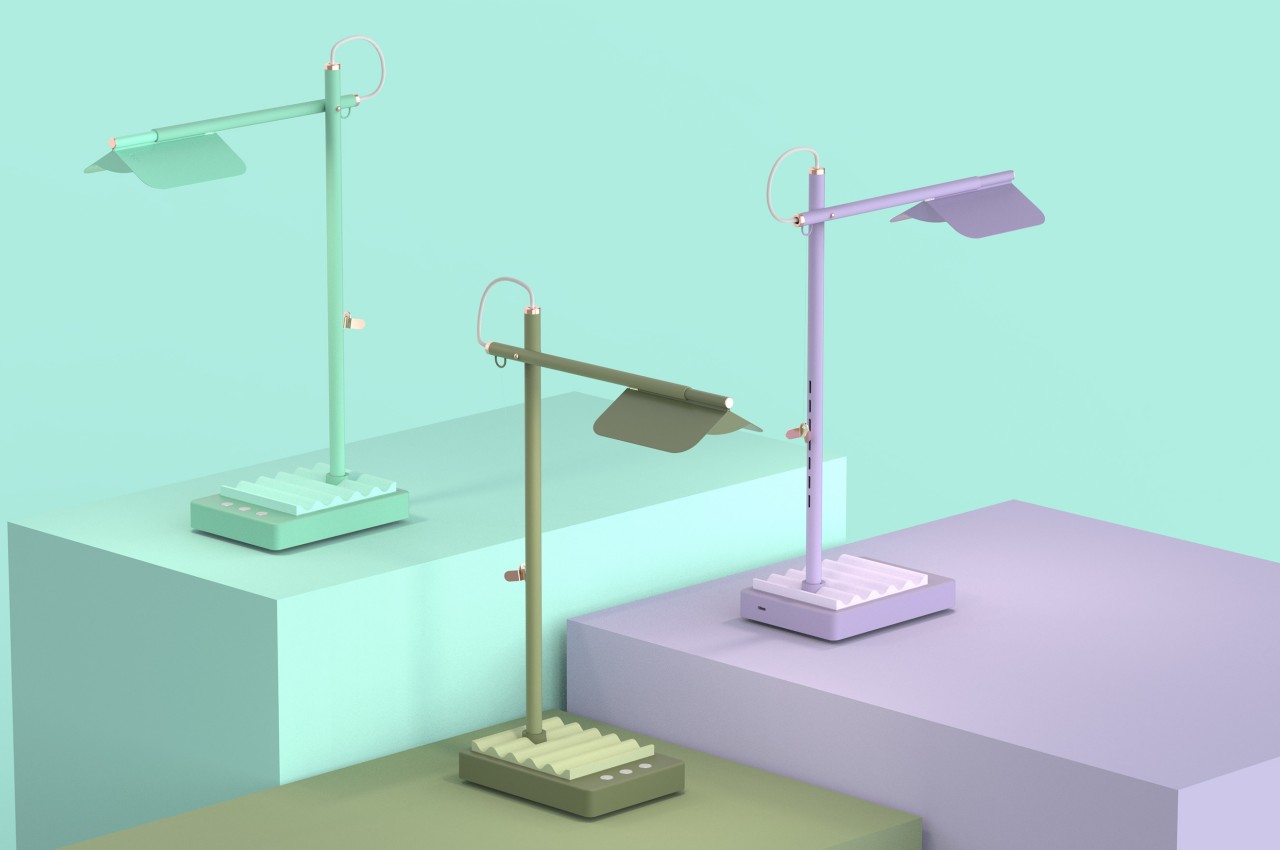 All that a study lamp needs to do is to provide adequate illumination for the eyes, right? If that were the case, however, there would be no need for variety, both in the light that’s provided as well as the design of the lamp. Standing on top of a table, these lamps are almost always visible and, therefore, need to be aesthetic without being overbearing, display just enough visual interest to give your desk some personality, even if that’s a minimalist personality. 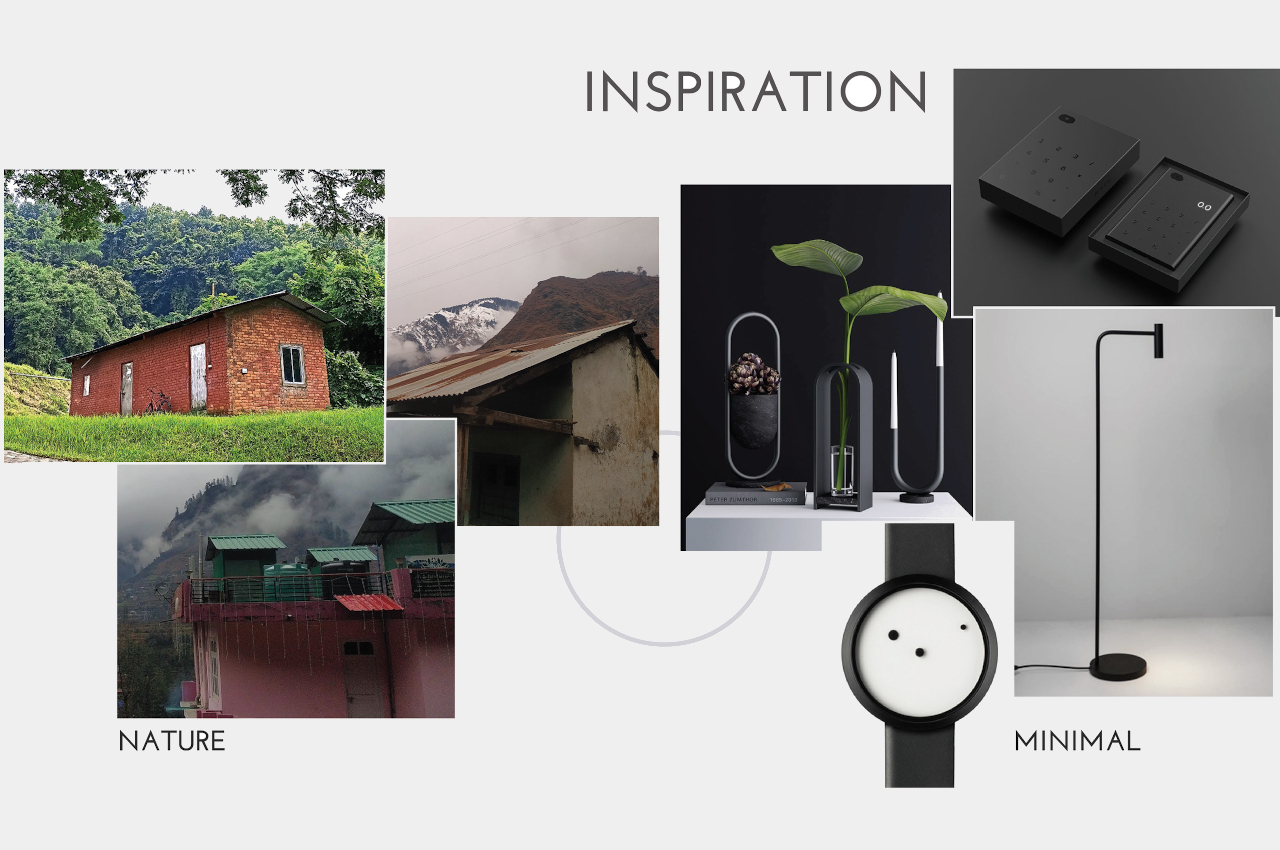 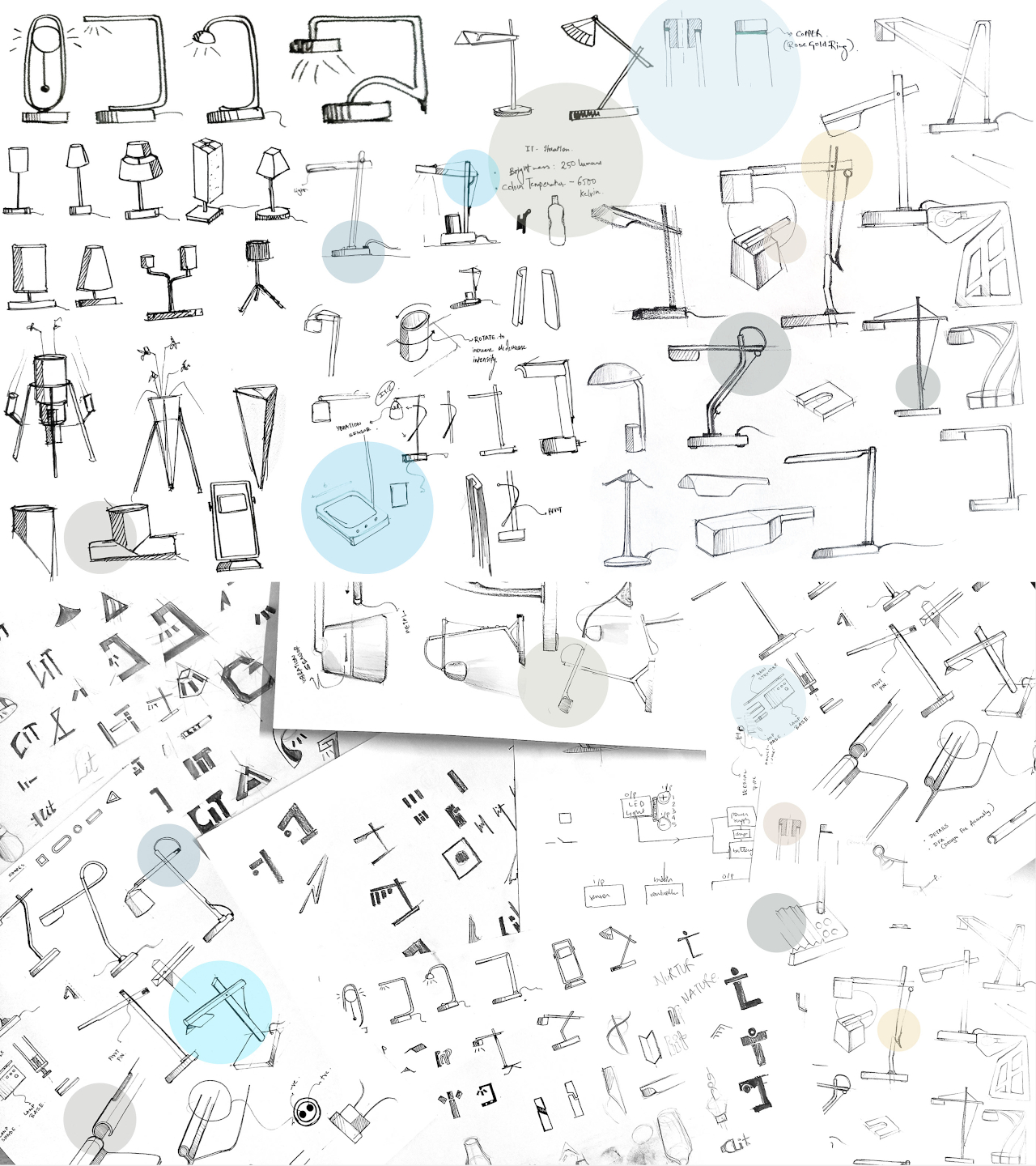 Quelle definitely meets those requirements with a design that immediately calls to mind houses with stereotypical triangular roofs. Perhaps it’s a metaphor for how the desk is a home for creativity and productivity, but the design works even without that indirect meaning. The butterfly shape of the lampshade not only helps limit the spread of light to a certain angle, but it also makes it possible to fold the lamp arm down almost completely, saving space when not in use. 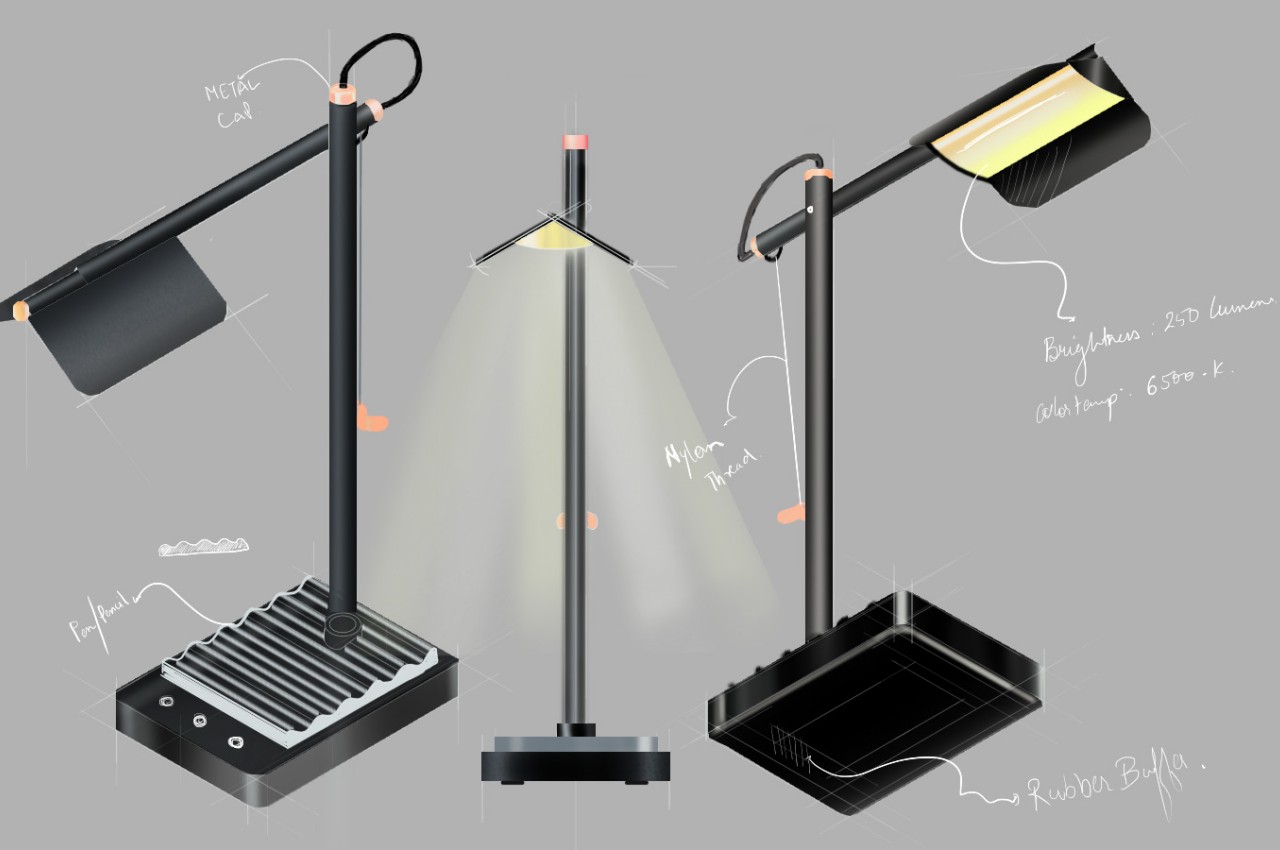 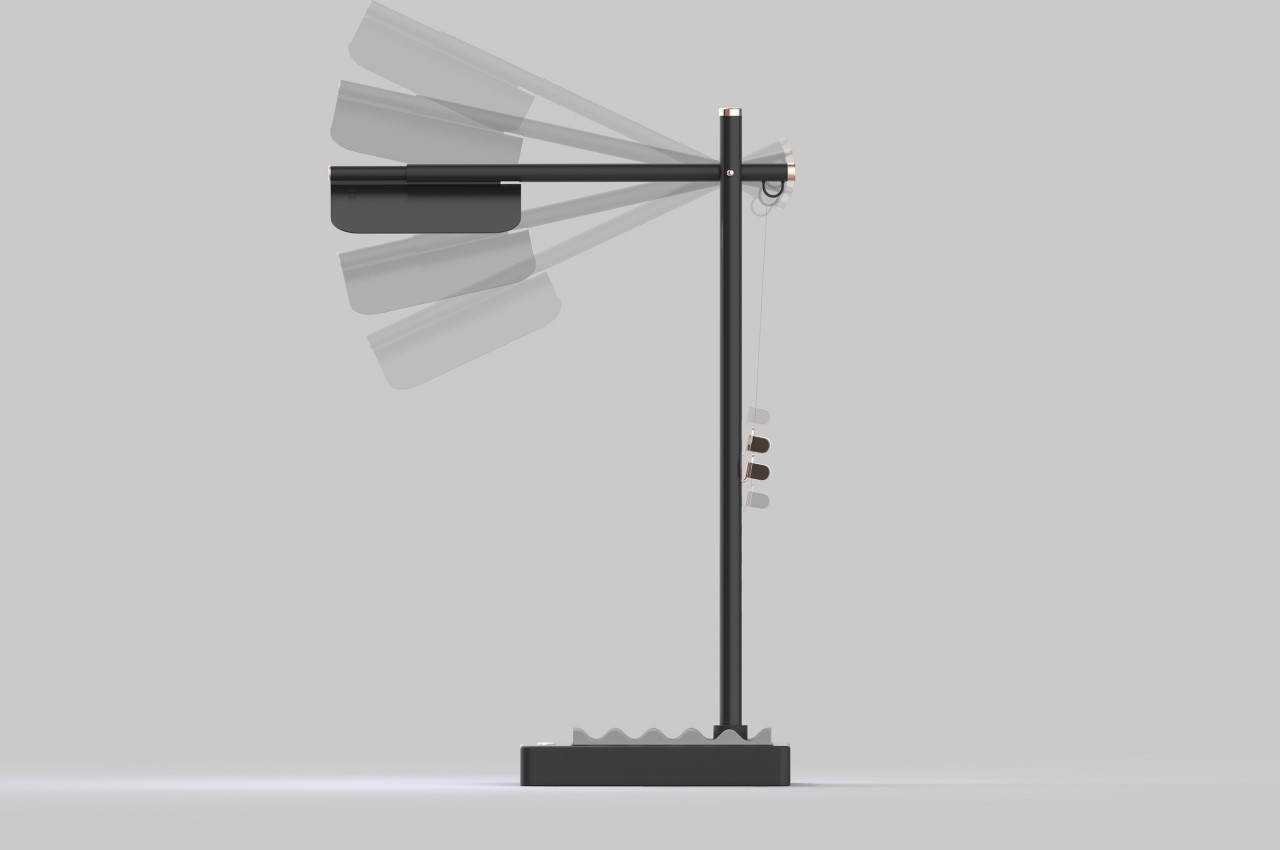 The base of the lamp has ridges that also call to mind the form of some roofs. It’s more than just an unnecessary embellishment, though, since the form also creates spaces to put pens and pencils, really any stick or rod object that you need to put away. Ideally, these will have their own proper home on your desk, but Quelle creates an interesting way to put your favorite pens on display while also keeping them within reach. 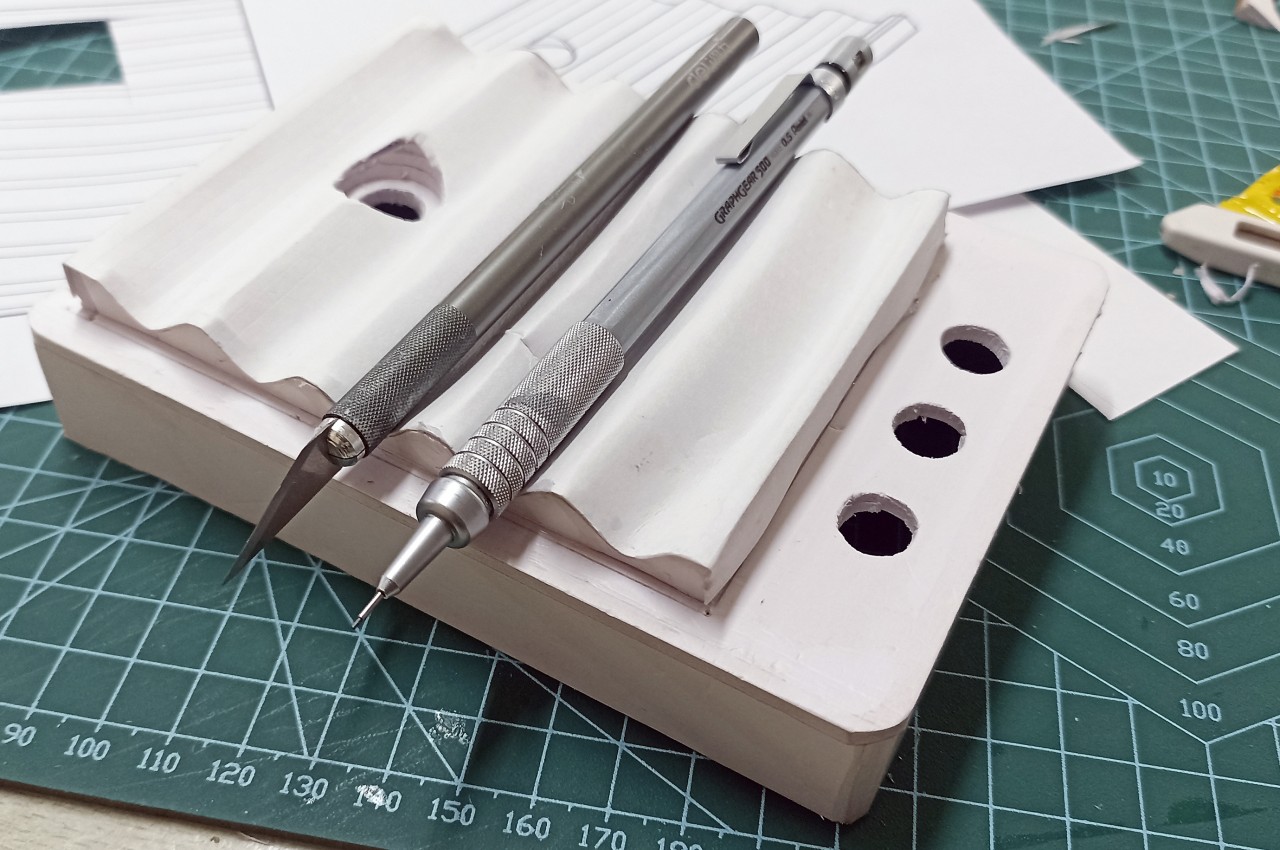 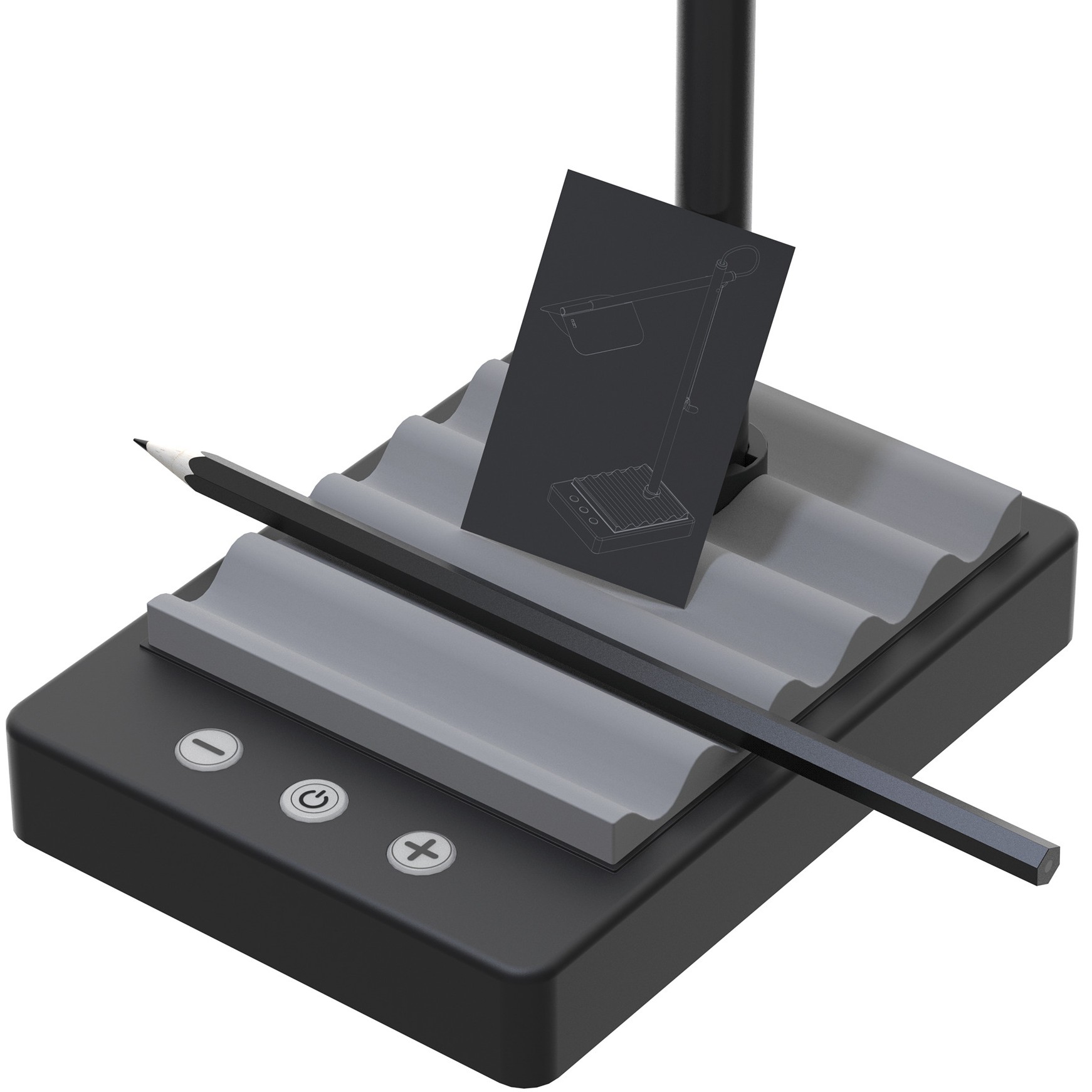 Beyond its resemblance to houses and mountains, Quelle was also designed to be simple to make and package, reducing not only waste but also costs. It’s an example of how you really don’t need to have an extravagant or complicated design to be effective. This study lamp might not wow people in amazement, but it offers a cozy and homely feel, both in the way it looks and in the light it provides. 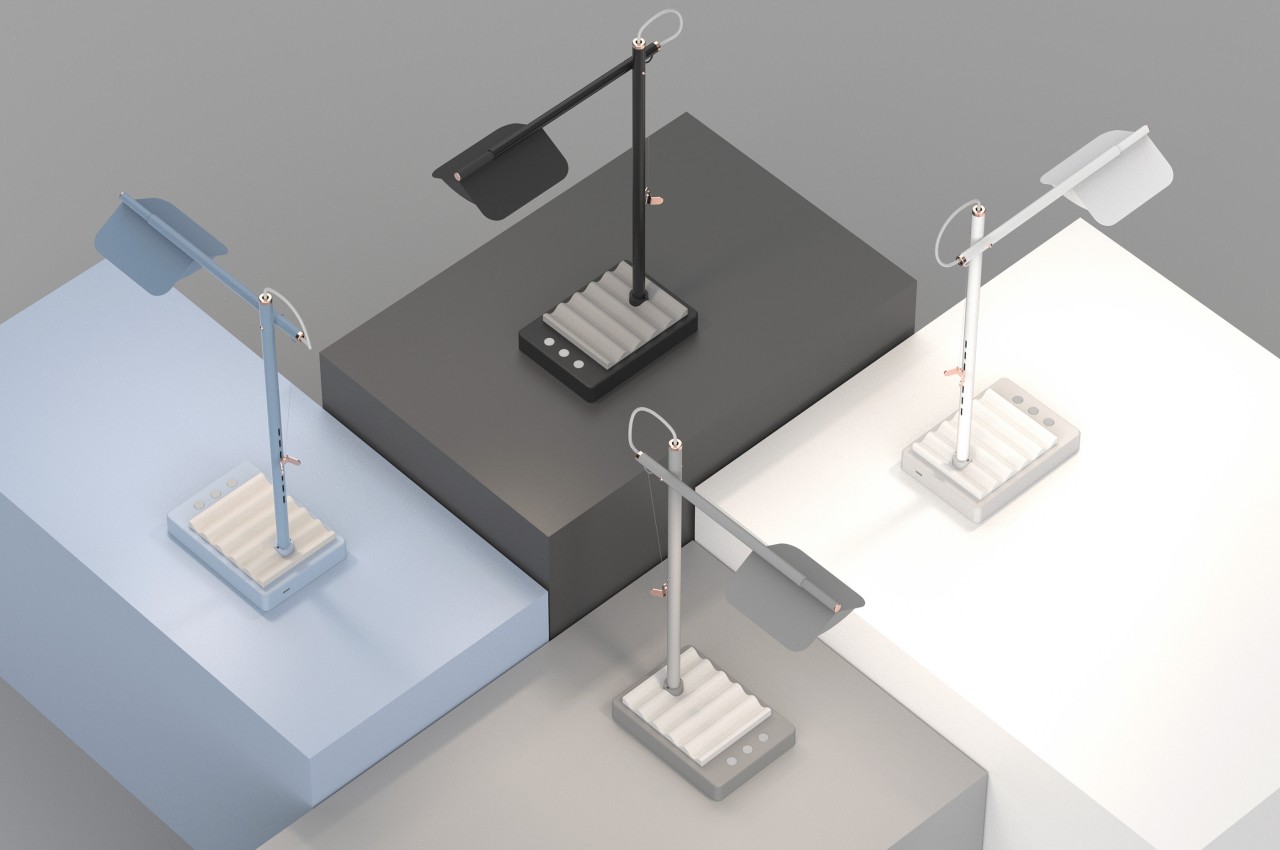 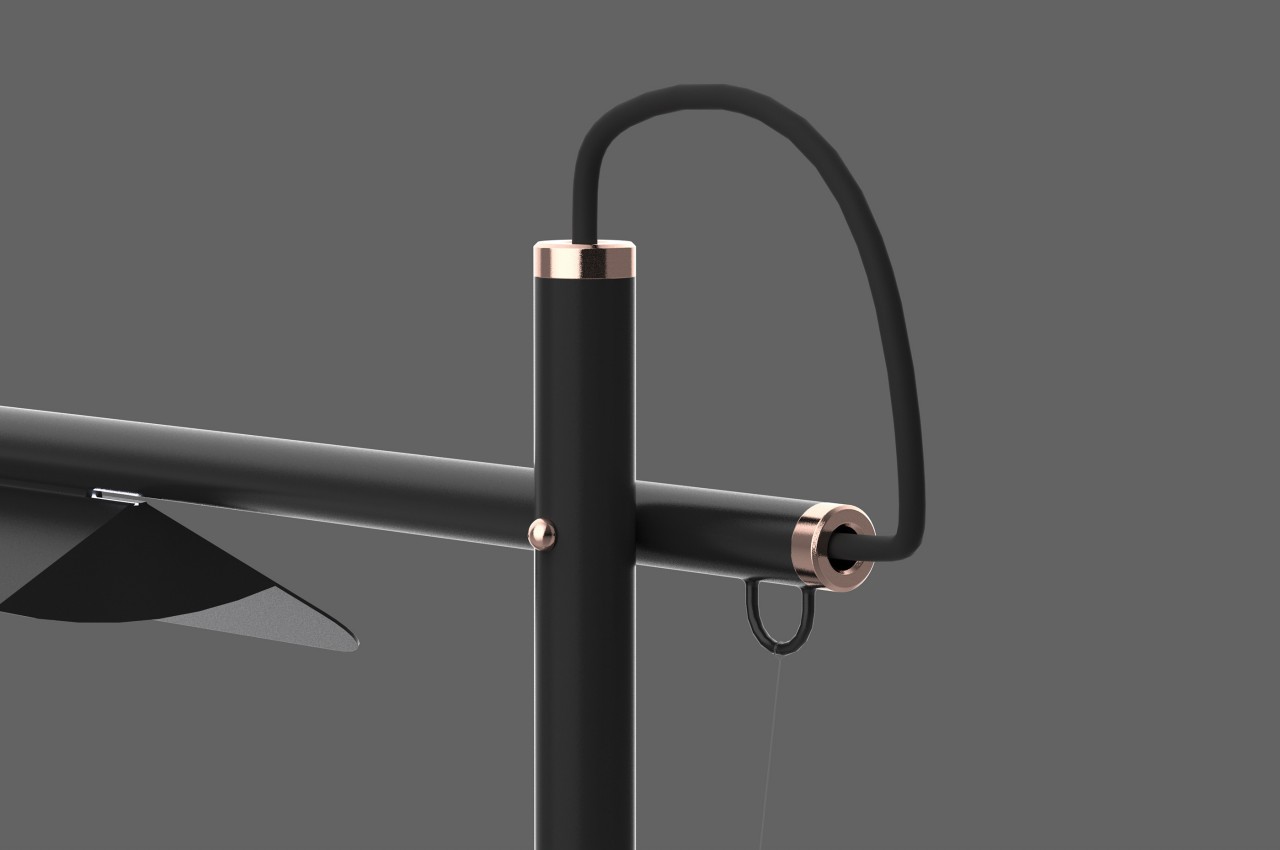 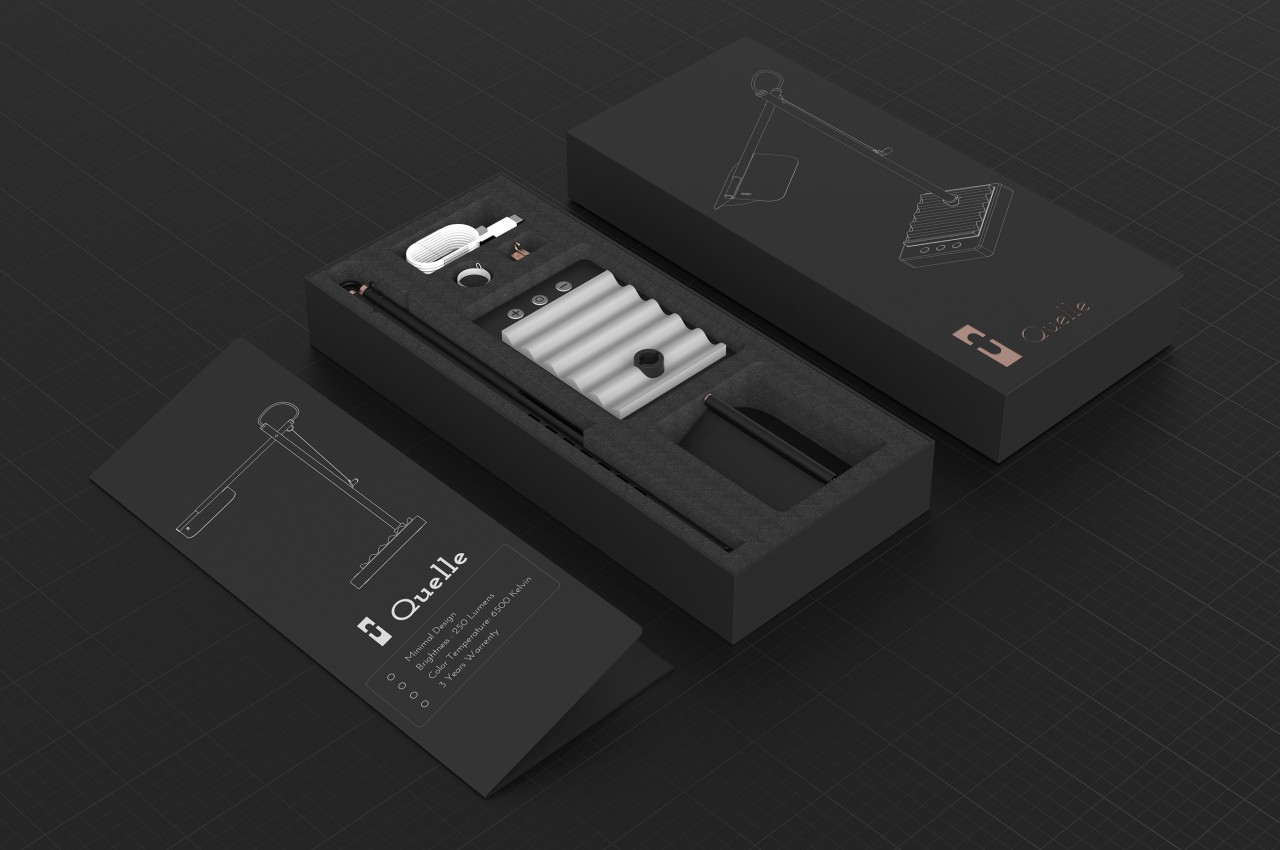 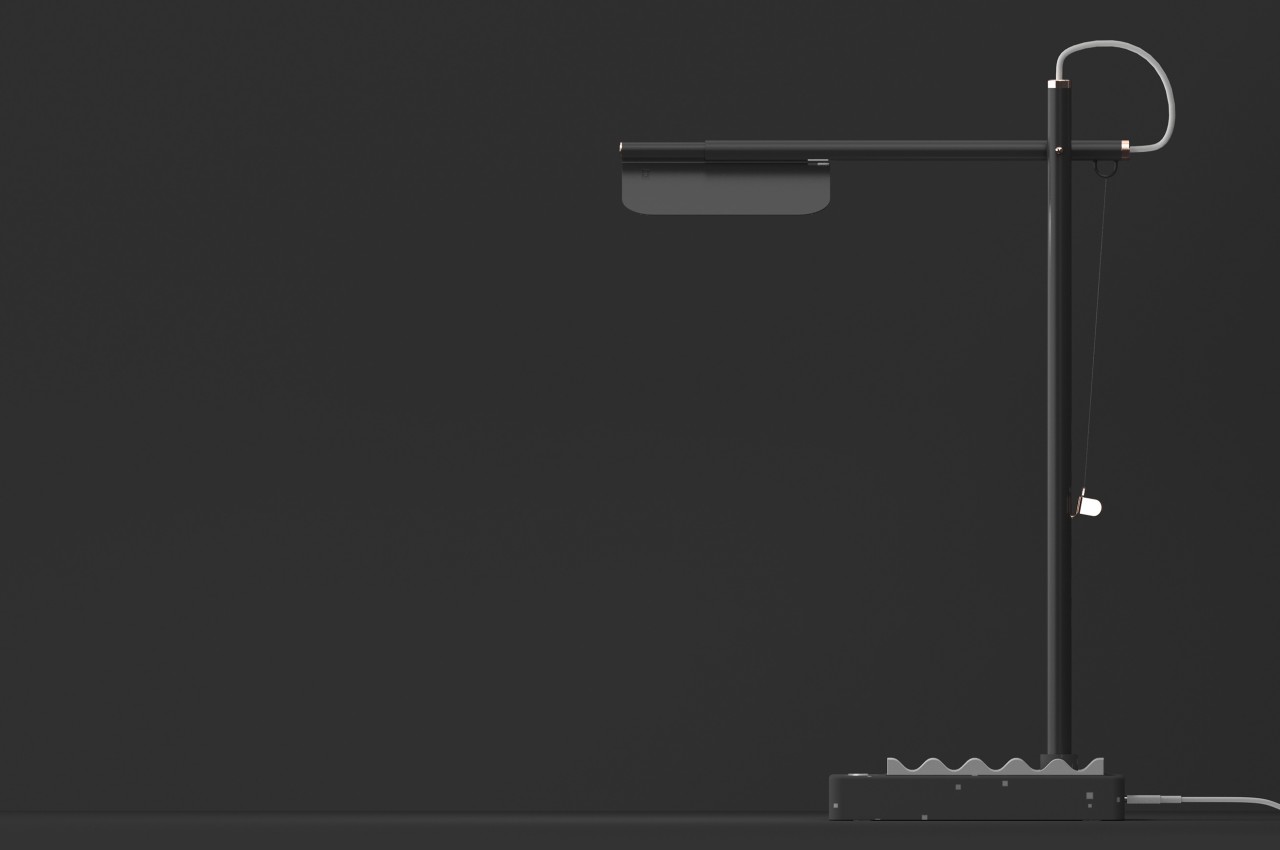 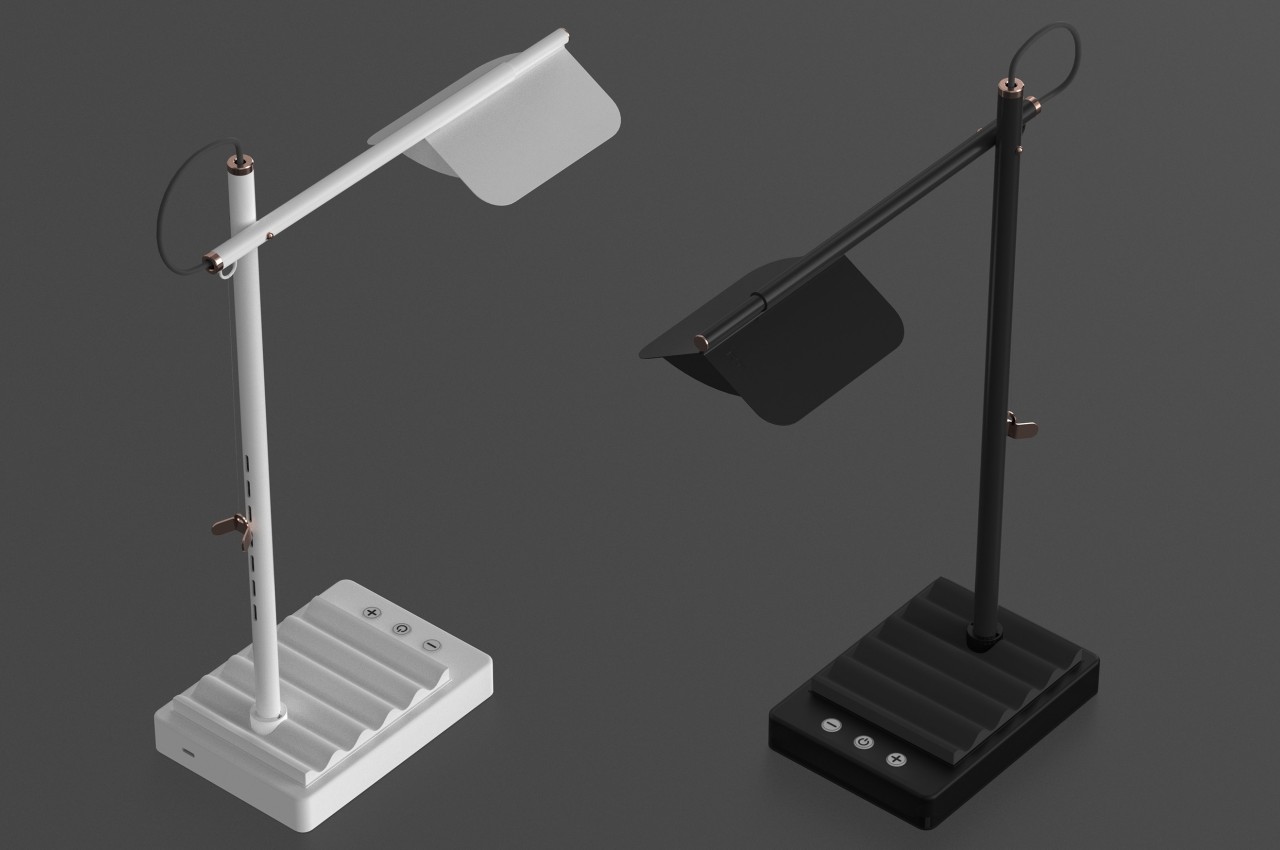 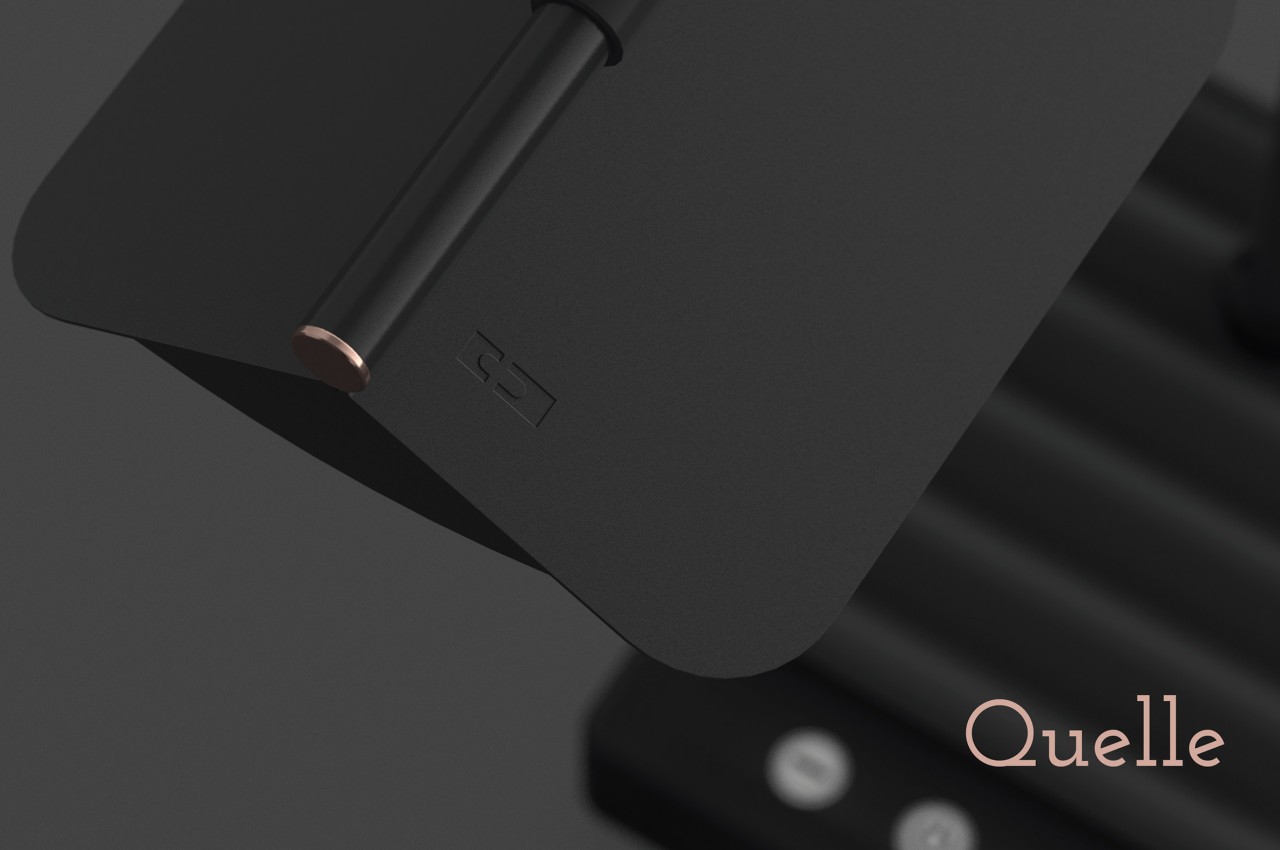