Someone in the U.S. loses a limb due to diabetes complications every six minutes, according to the American Diabetes Association, for a total of 80,000 amputations a year. After having seen lower extremity loss rise dramatically over the past two decades, podiatrist Jason Hanft set out to stem the tide of this “epidemic of amputations” with his breakthrough boot. 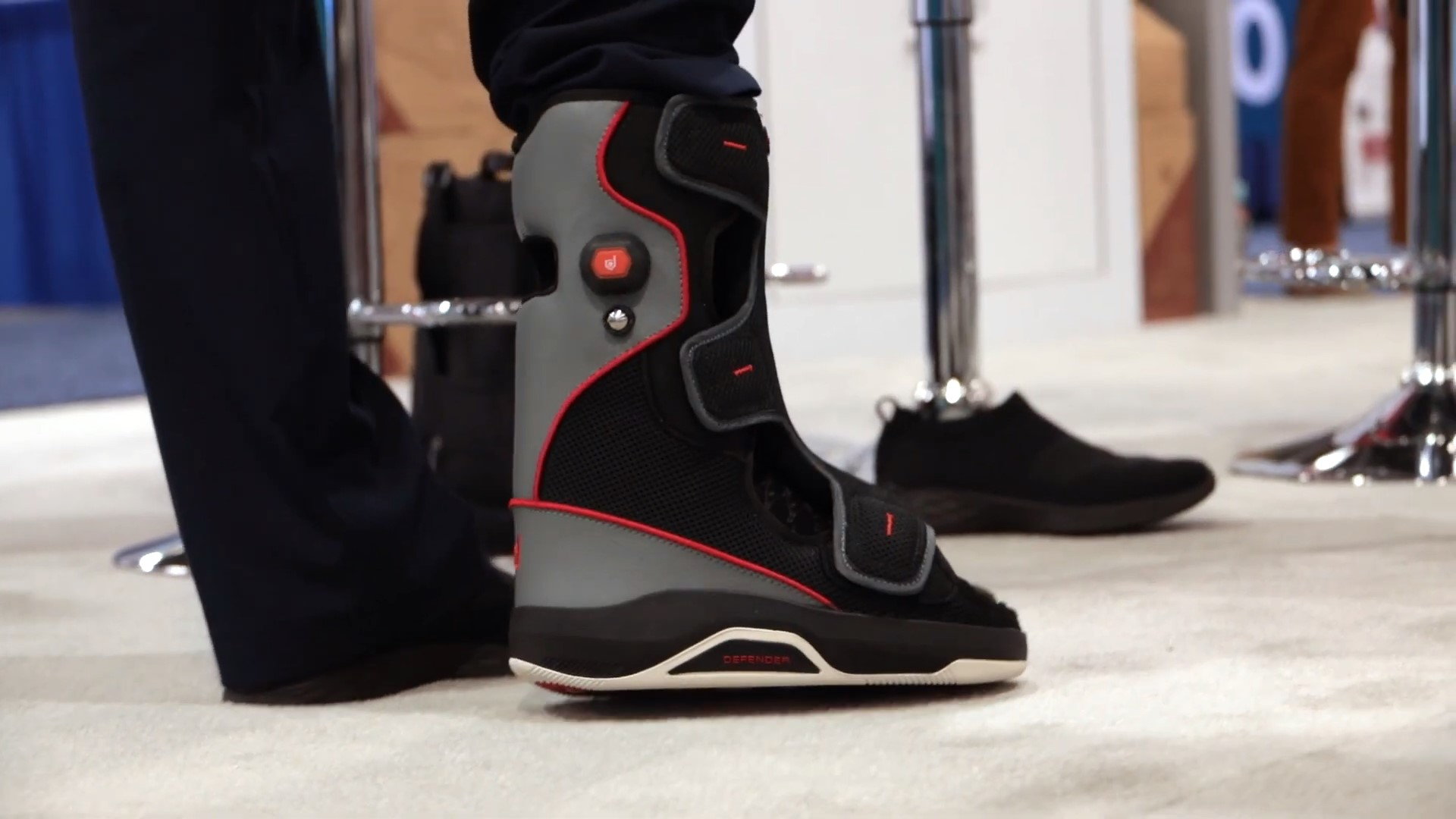 The problem starts when a person with diabetes gets a sore on their foot. When someone without diabetes gets a cut or blister on their foot, they can feel it, a signal to them to take care of it and put less pressure on that foot as it heals. However, one of the major side effects of diabetes is nerve damage that can keep patients from feeling their feet at all. Consequently, when they get a foot injury, they don’t recognize it until it turns into an ulcer. Diabetes also causes reduced blood flow, which makes wounds heal slower and makes them more susceptible to infection. If that happens and the infection spreads to the bone, the last recourse is amputation. 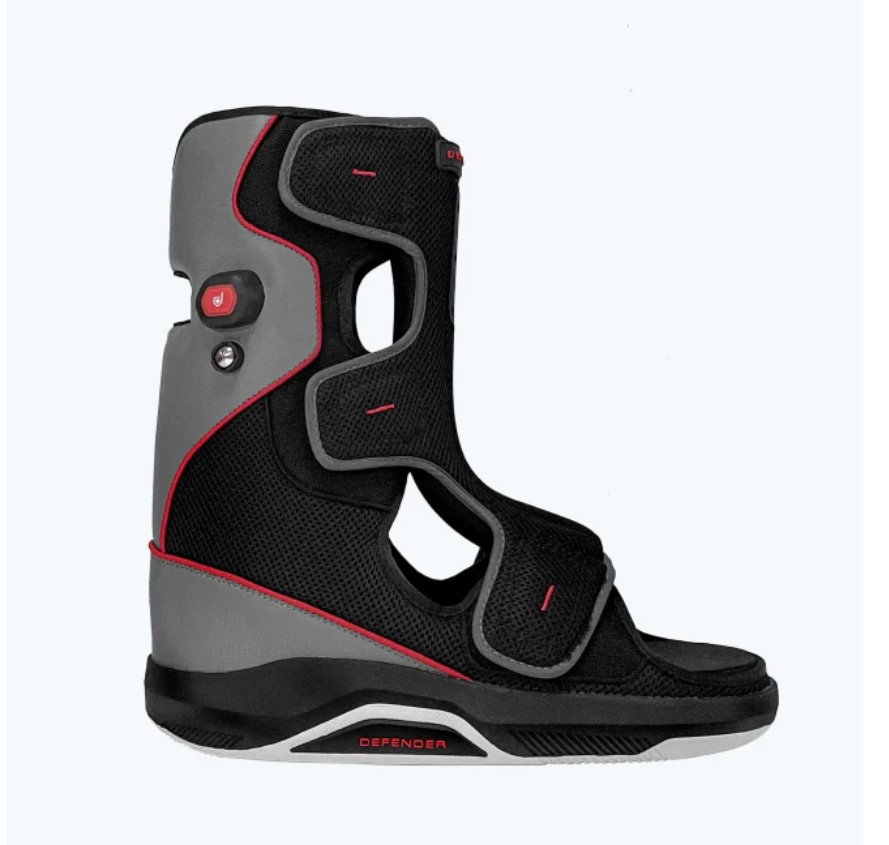 After treating thousands of diabetic patients in his practice, Dr. Hanft was disturbed by how little progress had been made during his tenure. After interviewing 5,000 patients and clinicians, he realized that the issue lay with the medical boots given to patients with foot ulcers. Patients reported they were hard to walk in, hard to get on, and attracted extra attention, making them feel self-conscious. 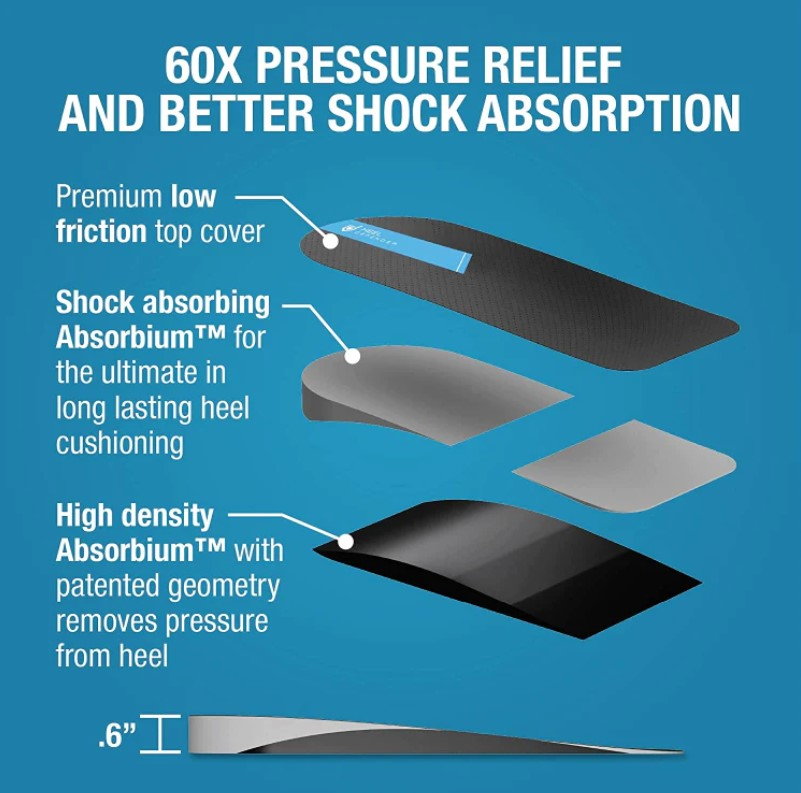 He added, “We know what we need to do. We need to create a device that’s easy to use and patients want to use in their daily activities of living, which is what we feel has been missing in the care of these wounds.”

After raising capital for a new kind of diabetic boot, Hanft reached out to Michael DiTullo, a former designer at Nike and Converse, to help create a shoe that would work both physically and aesthetically. DiTullo got right to work, initially trying to tweak the traditional medical boot to better fit diabetic needs. Unfortunately, it turned out to be extremely expensive to make even small changes to the existing boots, preventing him from making the needed stylistic and structural adjustments.

“A year in I said, ‘I think we’re doing this wrong,’” DiTullo said. “We need to stop trying to teach a medical factory to make a consumer-grade good, and go to a shoe factory that knows the fit and finish we need and teach it how to build with the precision we need.” 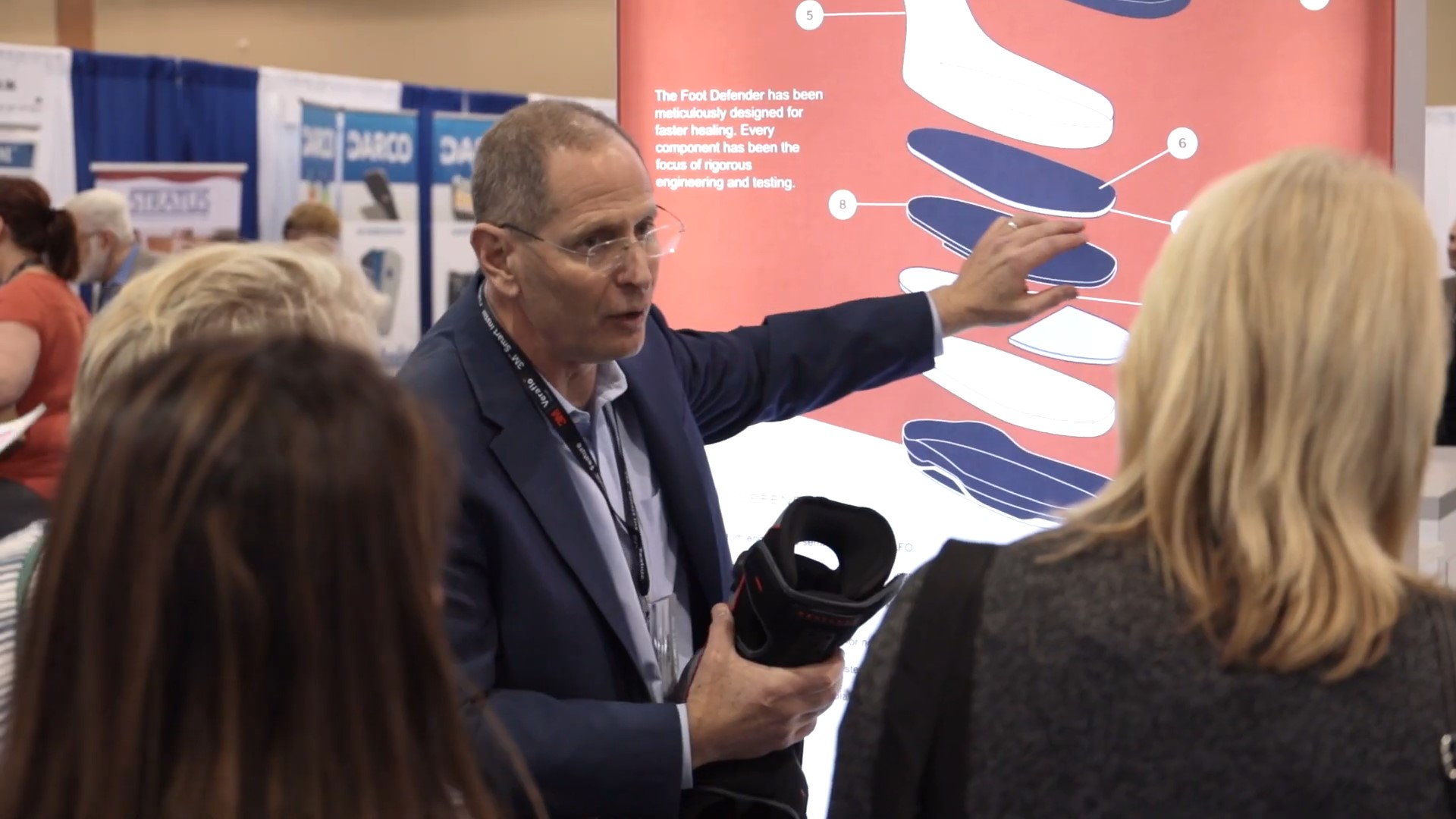 He and Hanft went back to the drawing board to create a design from scratch. The new shoe needed to redistribute weight off the balls of the feet, where most sneakers place it for optimal sports performance. DiTullo instead put a heel drop of 2 millimeters into his boot, allowing the wearer to tilt slightly toward their heels.

“Thinking of someone who is often over 250 or 300 pounds, there’s a lot of pressure coming down,” he explains. “We want to make sure there’s more suspension travel, so they never experience bottoming out.” 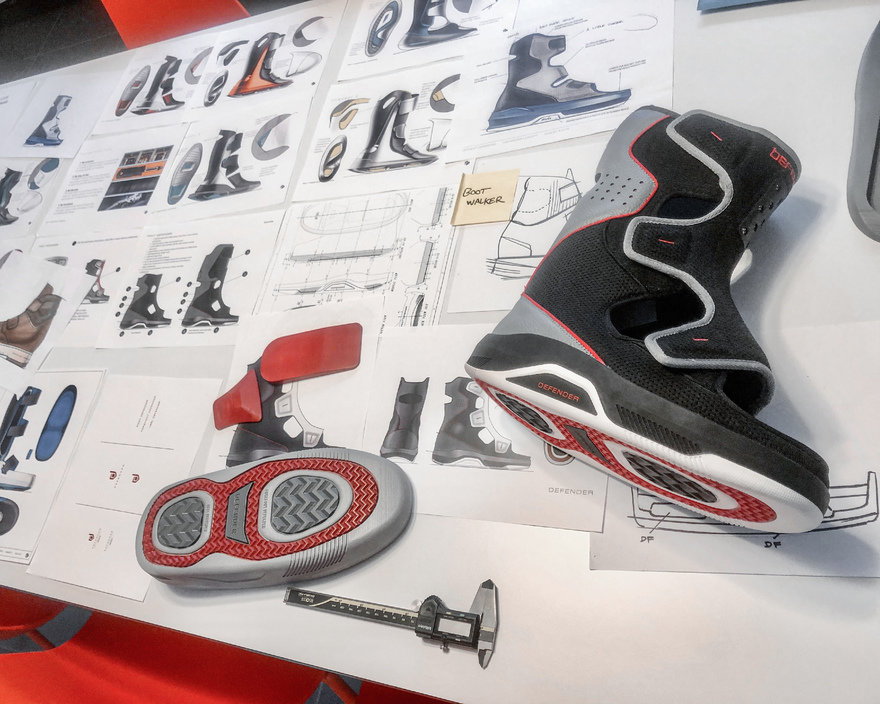 He also made it easier for patients to get into the shoe by designing two separate pieces. The Velcro front of the Foot Defender can be completely peeled off for easy foot insertion into the back’s injection-molded hard structure. Once the foot is inside, a 1980s pump button on the side inflates an inner bladder near the ankle to lock the heel into place. The result is a boot that can reduce the force on the bottom of the wearer’s foot by up to 80 percent compared to other medical options. Plus, it looks cool, like a Jordan high-top, increasing the likelihood that patients will actually wear it.

While still in its infancy, the Foot Defender has already won an award from the Symposium on Advanced Wound Care. Hanft and DiTullo hope to have its benefits validated through a peer-reviewed study in 2023, but interested patients can already buy the $250 boot online today at the company .