In The Netherlands in the 17th Century, a Golden Age was in full swing. The economy of the , as it was then known, was flourishing as Antwerp and other ports became important hubs for the commercial shipping trade, importing and exporting textiles, spices, and metals, and the cities’ populations swelled. Elaborately detailed oil paintings depicting food on the table or incredible flower arrangements were popular additions to wealthy merchants’ homes, yet a more ominous genre of still-life painting also emerged amid this period of immense growth.

Known as , the paintings brim with symbolism intended to emphasize the futility of earthly pleasures and the pointlessness of seeking wealth, power, and glory. When British artist visited the Rijksmuseum in Amsterdam, she described in that “looking at those pictures of half-consumed food and fading flowers, I realized that one of the only things that could have survived to today was the silverware, and I thought, ‘Wouldn’t it be fun to try to make something out of that?’” The works in her  series () combine hundreds of kitchen utensils into extravagant floral sculptures.

The use of discarded and found objects is central to Carrington’s practice, especially when they can be layered and draped in multiples. Strands of pearls and ornate brooches adorn the form of a ship, which is weighed down by its cargo as much as it embodies it, and a pair of caribou antlers are fashioned from forks with handles made from dozens of antlers. “Mundane objects such as knives and forks, barbed wire, pins, and paintbrushes come with their own readymade histories and associations which can be unravelled and analysed if rearranged, distorted or realigned to give them new meaning as sculpture,” she says in a . Similar to the way Vanitas painting reminded viewers of the less romantic side of burgeoning wealth and expanding empires, Carrington’s material choices serve as a reminder that beneath the gleaming surface there is often a dark side.

You can find more information about the artist’s work on her and . 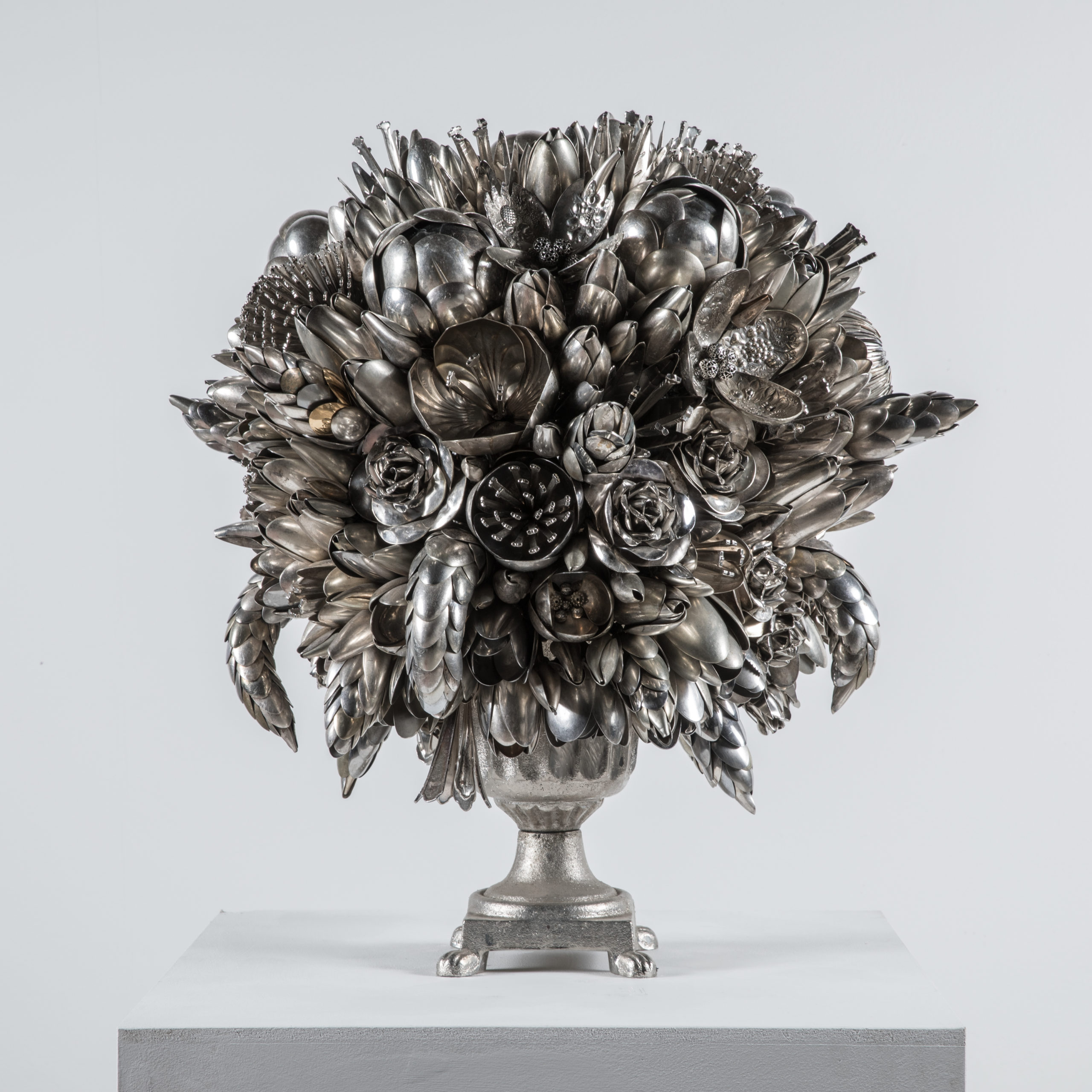