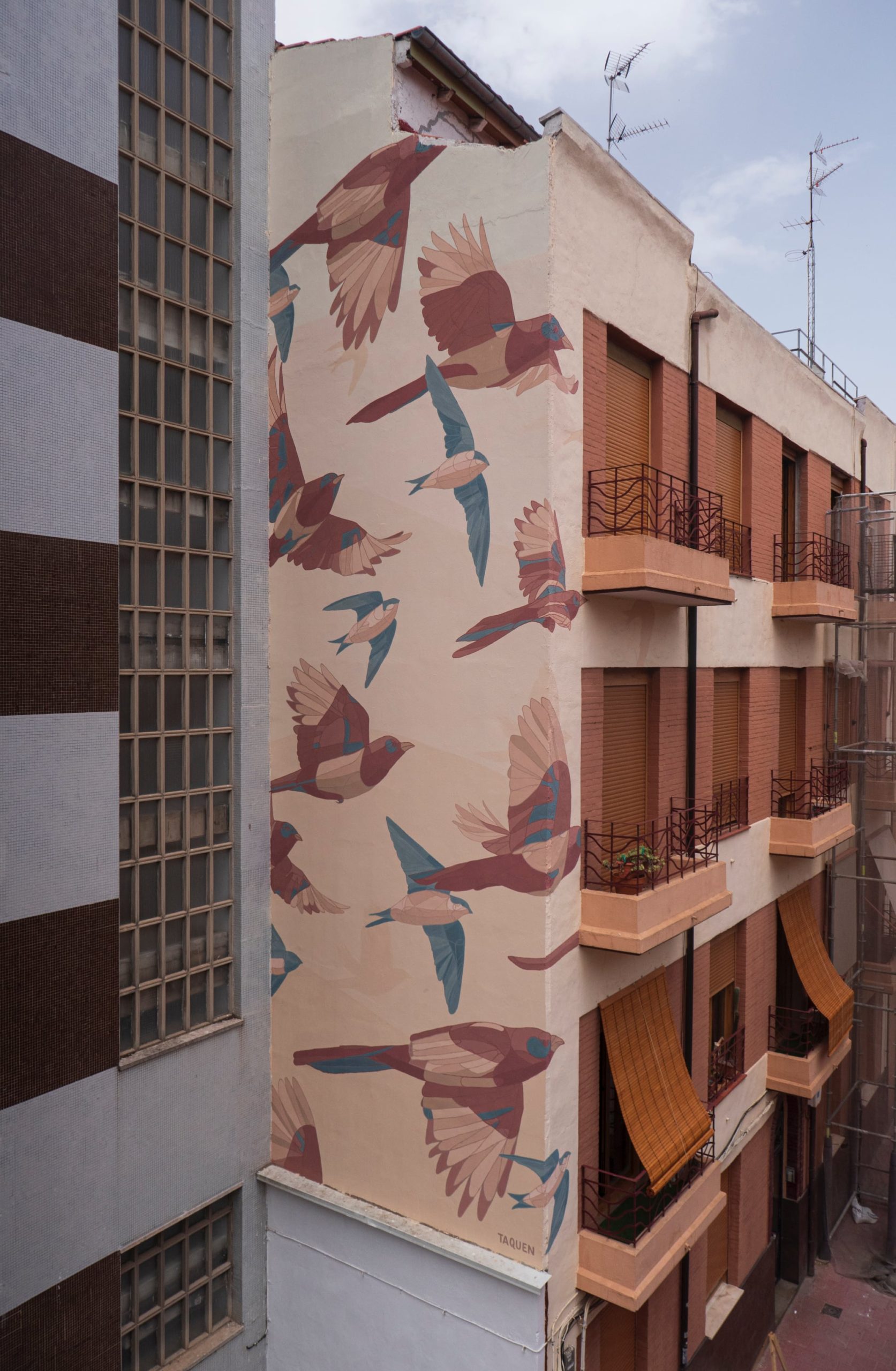 “Magpies and swifts.” All images © Taquen, shared with permission

Thin, structural lines delineate a magpie wing and contour a child’s nose or cheekbone in ’s murals. Working with a color palette of pastels and neutral tones, the Spanish artist () paints large-scale portraits, fragments of limbs, and birds, often leaving the composition’s skeletal forms visible. “The supports are just as important as the work itself,” he tells Colossal. “I look for camouflage, minimalism, and mixture. In the end, it is also a metaphorical form of the footprint that I believe we should leave in the places we pass through.”

Many of Taquen’s works consider the relationship between species through the lens of movement and impulse, focusing on gesture, touch, and instinctive acts. Birds mid-flight embody the tie between freedom and migration, while bare feet lounging in the grass or a hand grasping a flower channel a desire for physical contact. “I think we are very disconnected, living in parallel with nature, and it is a mistake. We must share it, experience it, live it, and thus we will be able to understand and respect it,” he says.

In the coming months, the artist will be working on murals in Belgium, Portugal, Ireland, France, and Spain, in addition to a conceptual project centered on paths and walking. You can follow those on . Detail of mural in Briançon, France “Hold the oak, be a tree for the trees,” Mostar “Apology for the wild,” Stockholm, Sweden