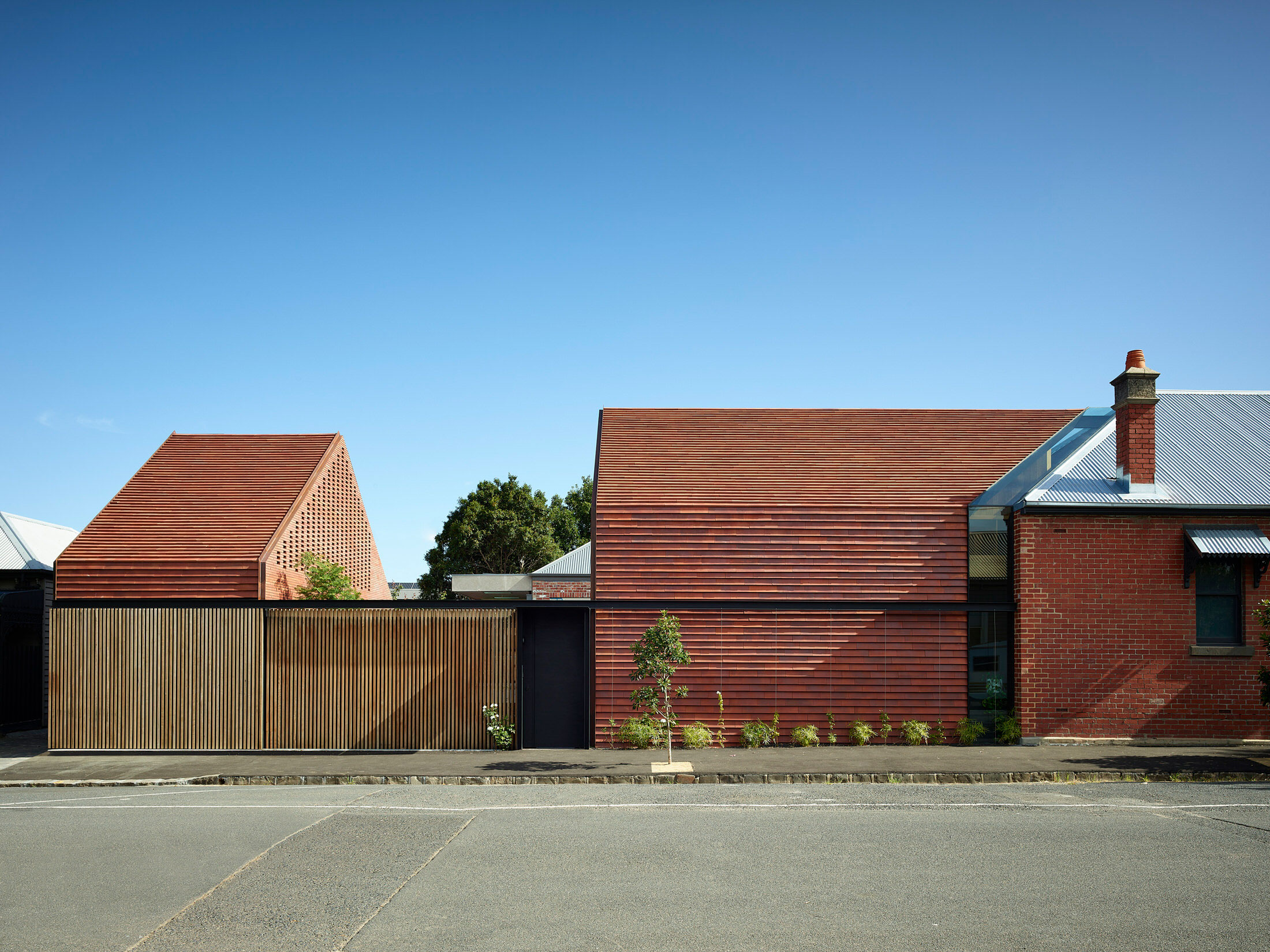 Situated on a prominent corner site in the tight-knit Melbourne suburb of Clifton Hill, Northside House by is a sensitive renovation to a Federation-era home for a young family. The house manages to be both a place of refuge for the family as well as a welcoming social hub to entertain friends.

In this video created in partnership with , Tim Ross sits down with the Melbourne architect, Huw Wellard, to talk about a shared responsibility to heritage vernacular and the enduring legacy of bricks.

For Wellard and his eponymous Melbourne-based architecture studio, the project was both a privilege and challenge as it’s a home of close friends of over 20 years. Not only did Huw feel an enormous responsibility to his friends, he knew it was paramount to respond to the heritage condition of the existing house. 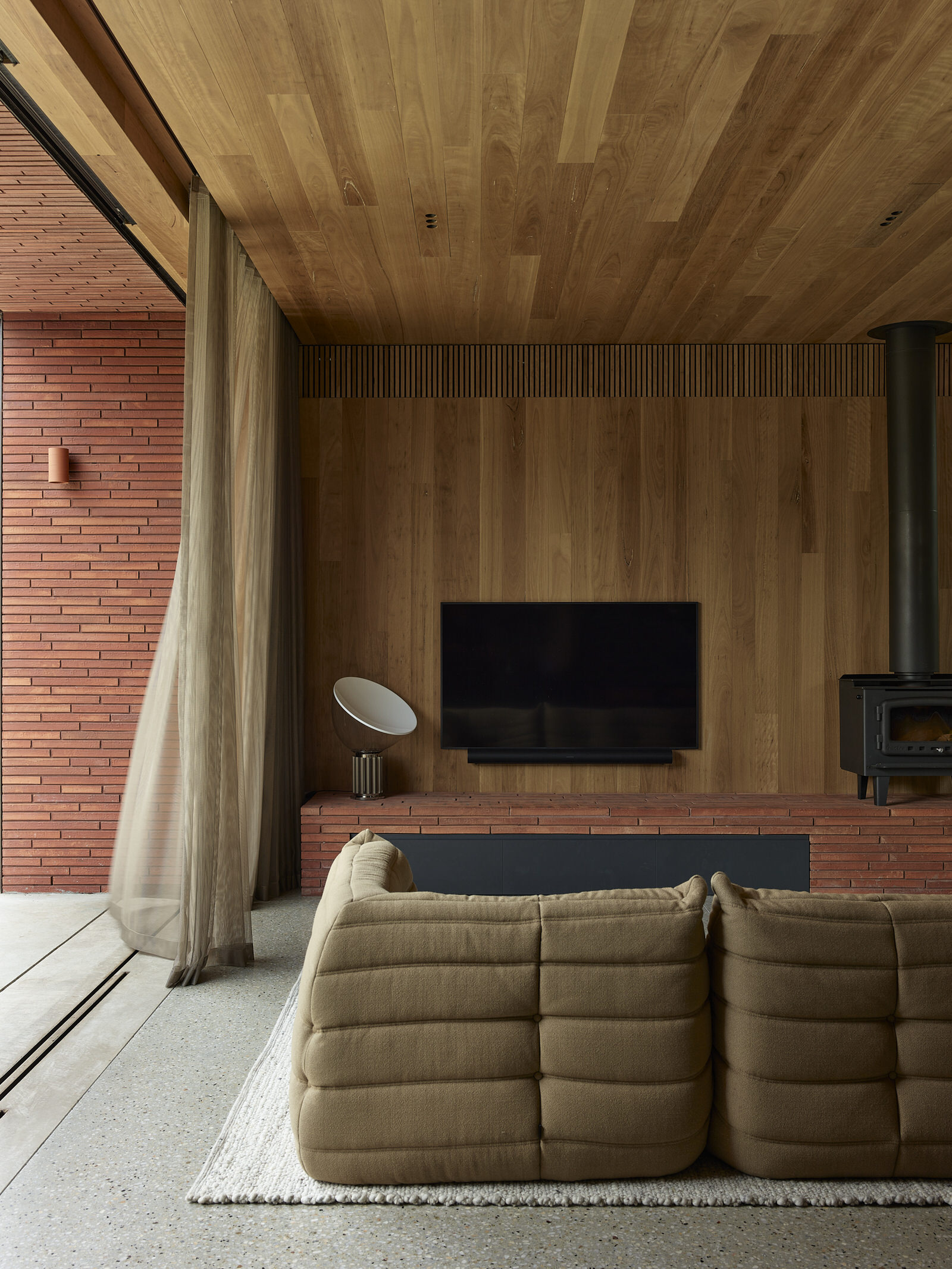 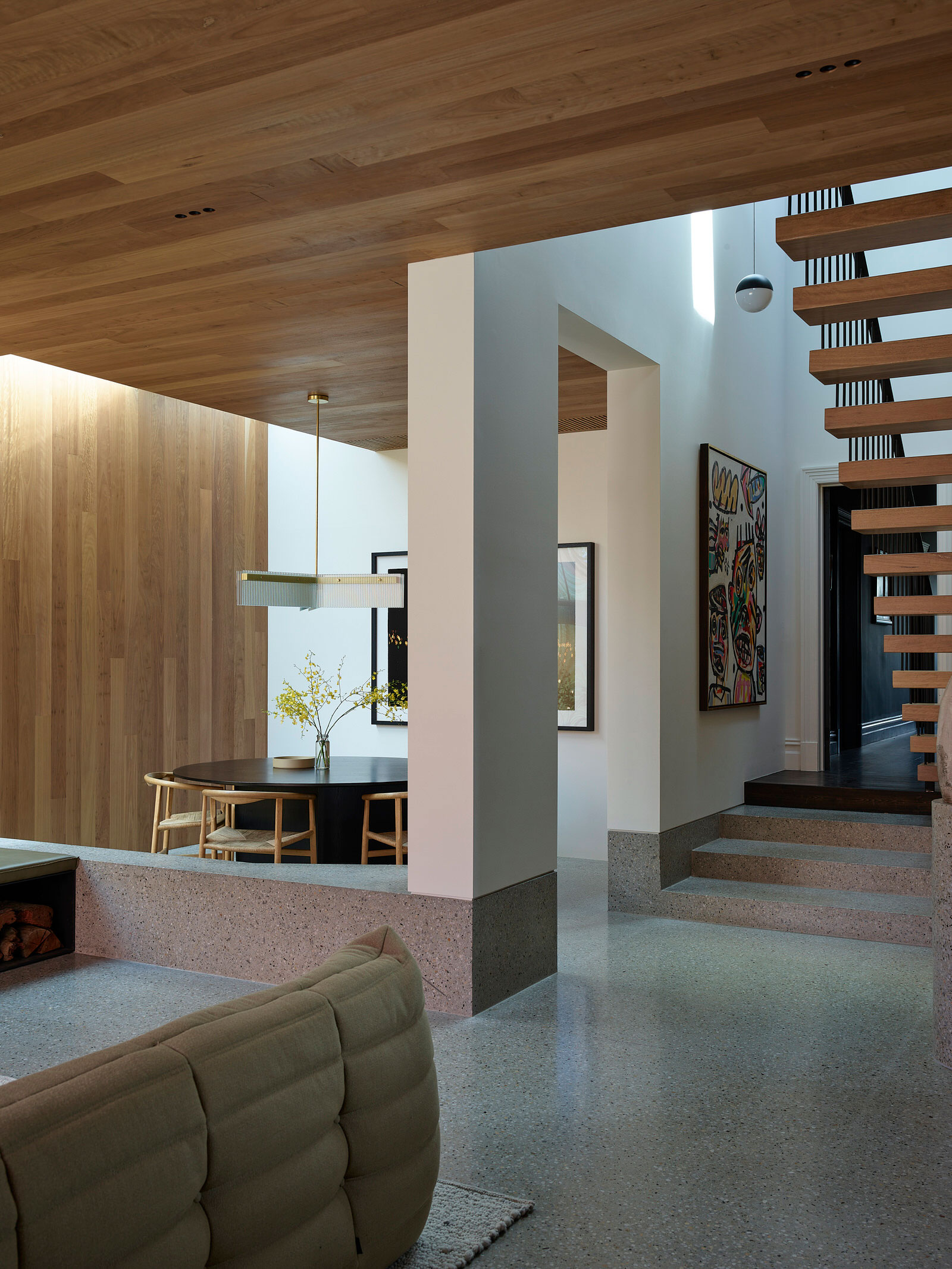 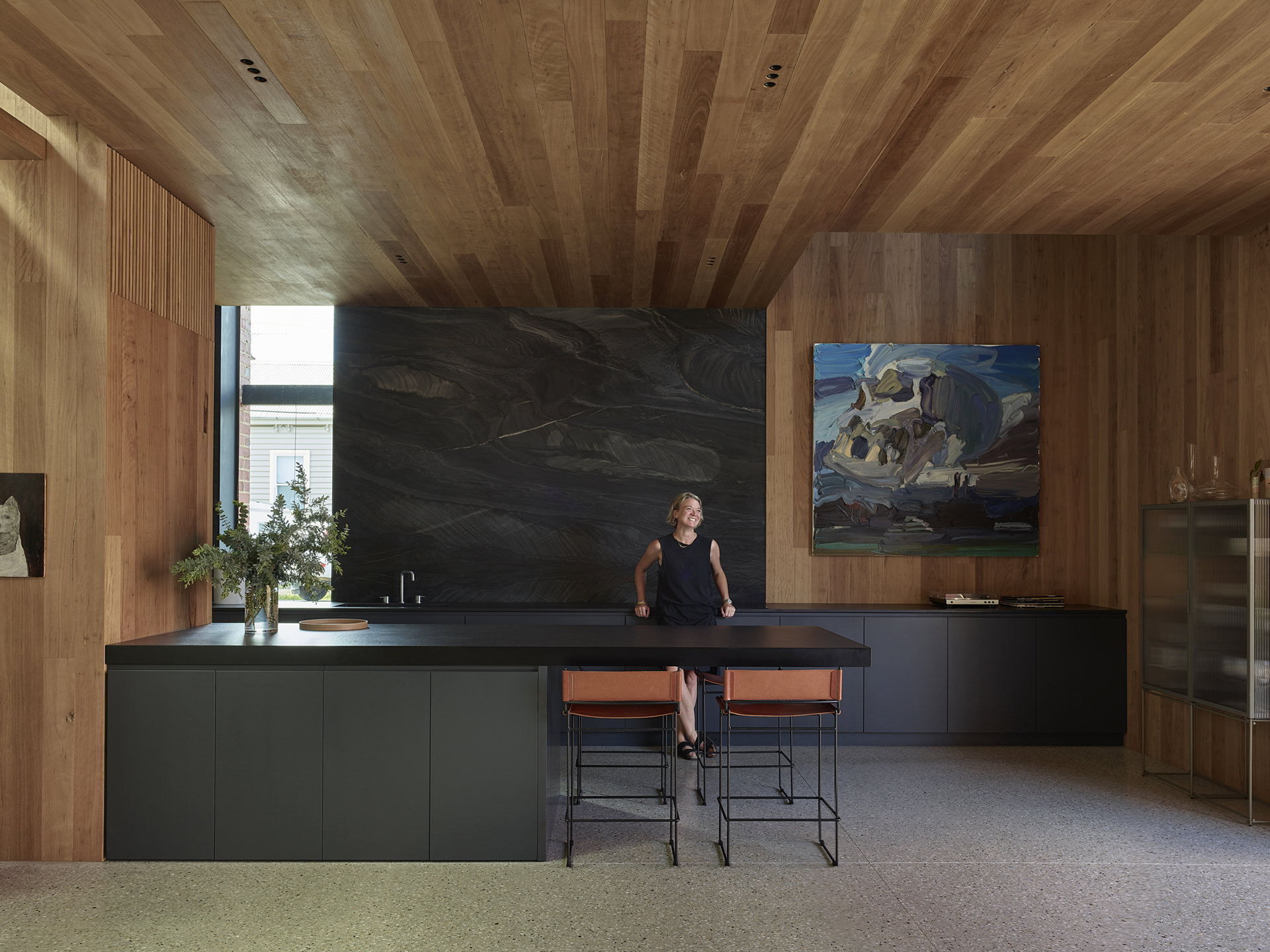 So when the studio looked for inspiration for the contemporary extension they didn’t have to travel too far. “The corner siting of the building led us to examine the highly visible existing roof pitch and how this might inform our new addition,” Huw explained. With a meticulously maintained face-pressed red brickwork facade that was highly visible along the Northern side any extension would need to complement this heritage language and flow seamlessly to the rear of the property.

To celebrate the history of the existing brick building while interpreting it in a new way, the studio was drawn to masonry. (launched at ) clads the new extension. “The choice of the terracotta shingle seemed to represent our ideas for the new form, sitting comfortably next to this intact heritage fabric,” says Huw. “It is both familiar and something quite new and unexpected.” Complementing the shiplap facade is . Its patterned application blended effortlessly with the introduction of timber battens, left to silver off over time.

The result is an addition that feels comfortably contemporary with a nod to its architectural past. “We love the fact that it is in dialogue with the existing building,” Huw goes on, “and there’s almost a familiarity between the existing press red brickwork and this new material that we’ve clad in our addition and studio building.” 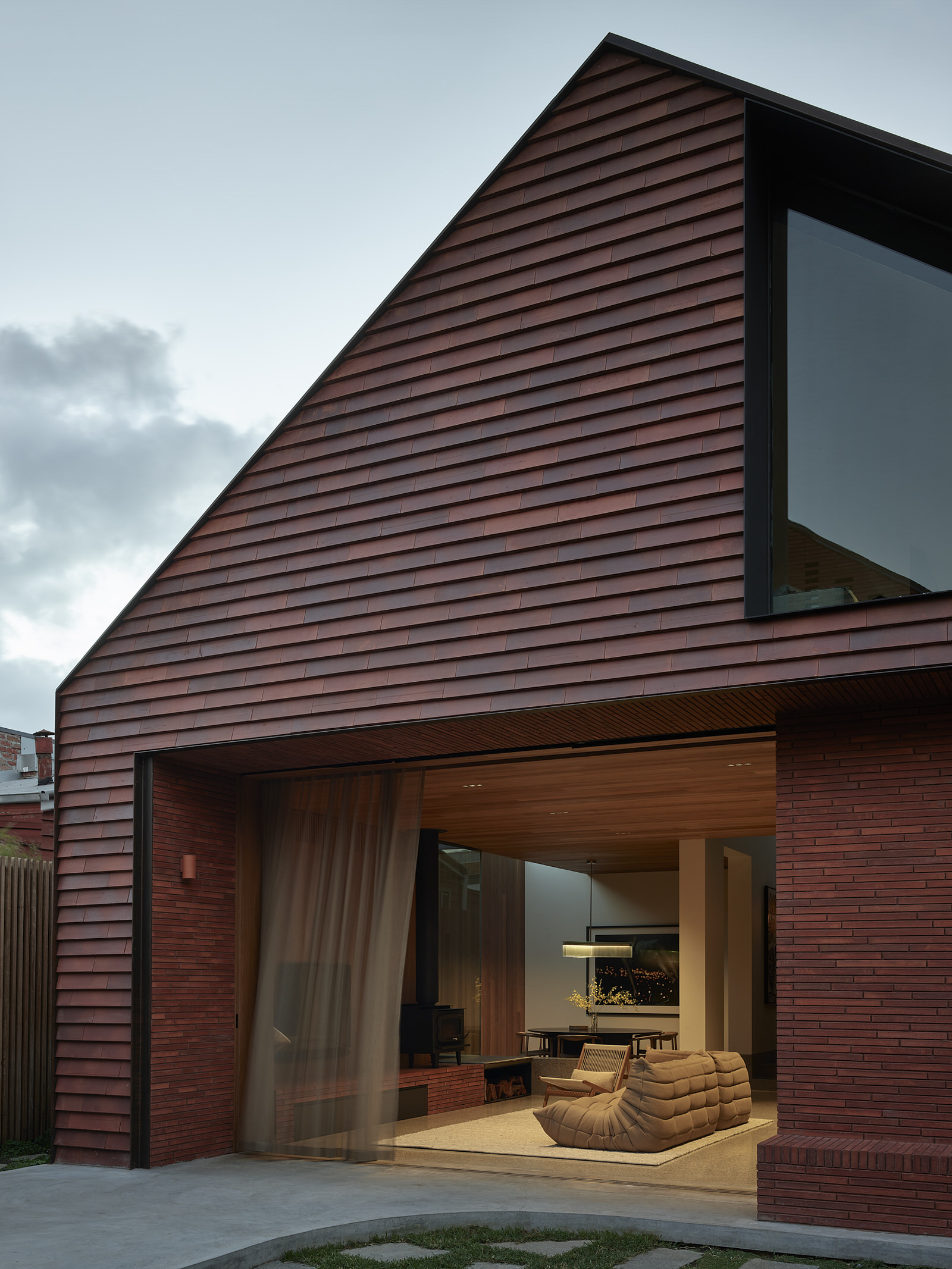 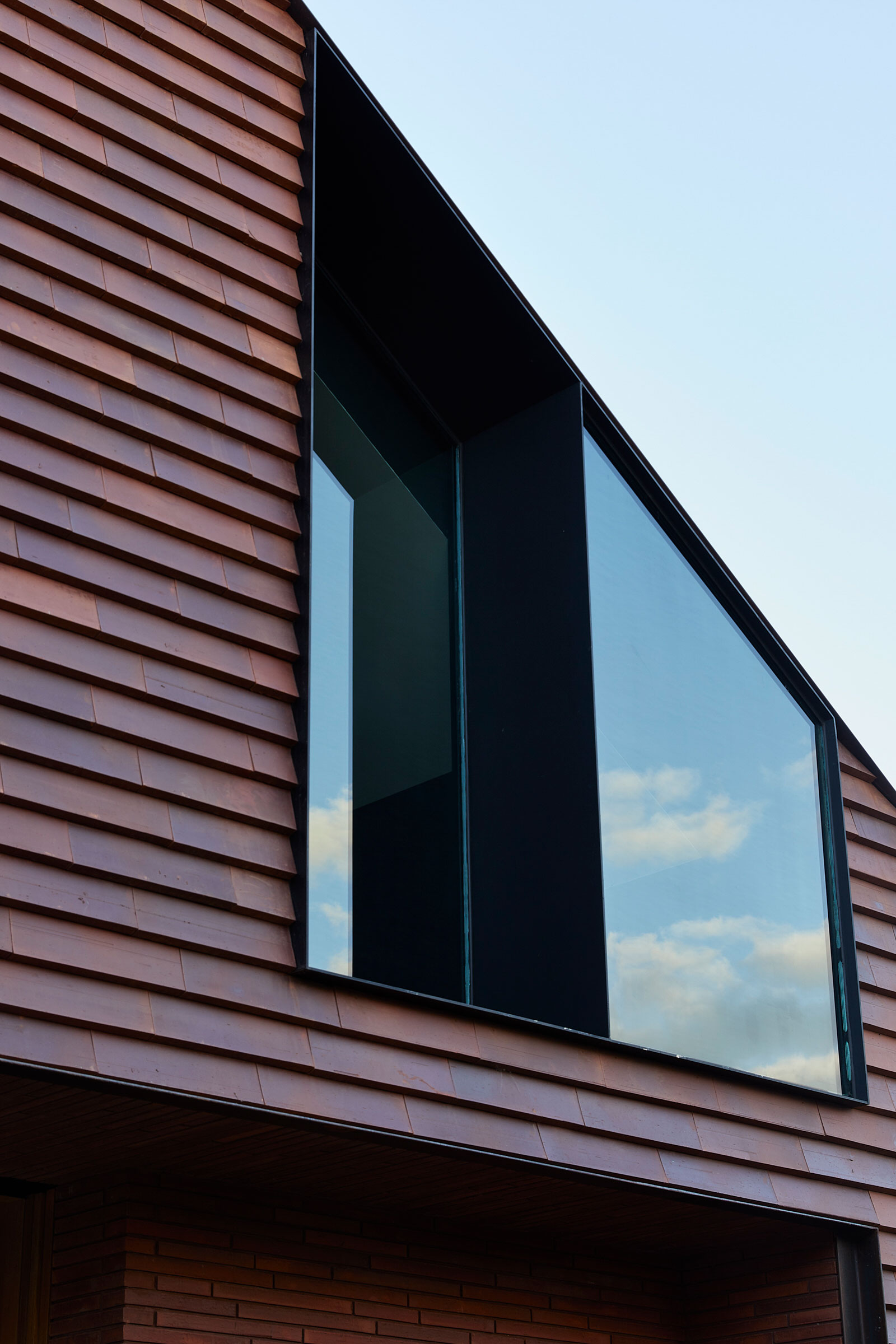 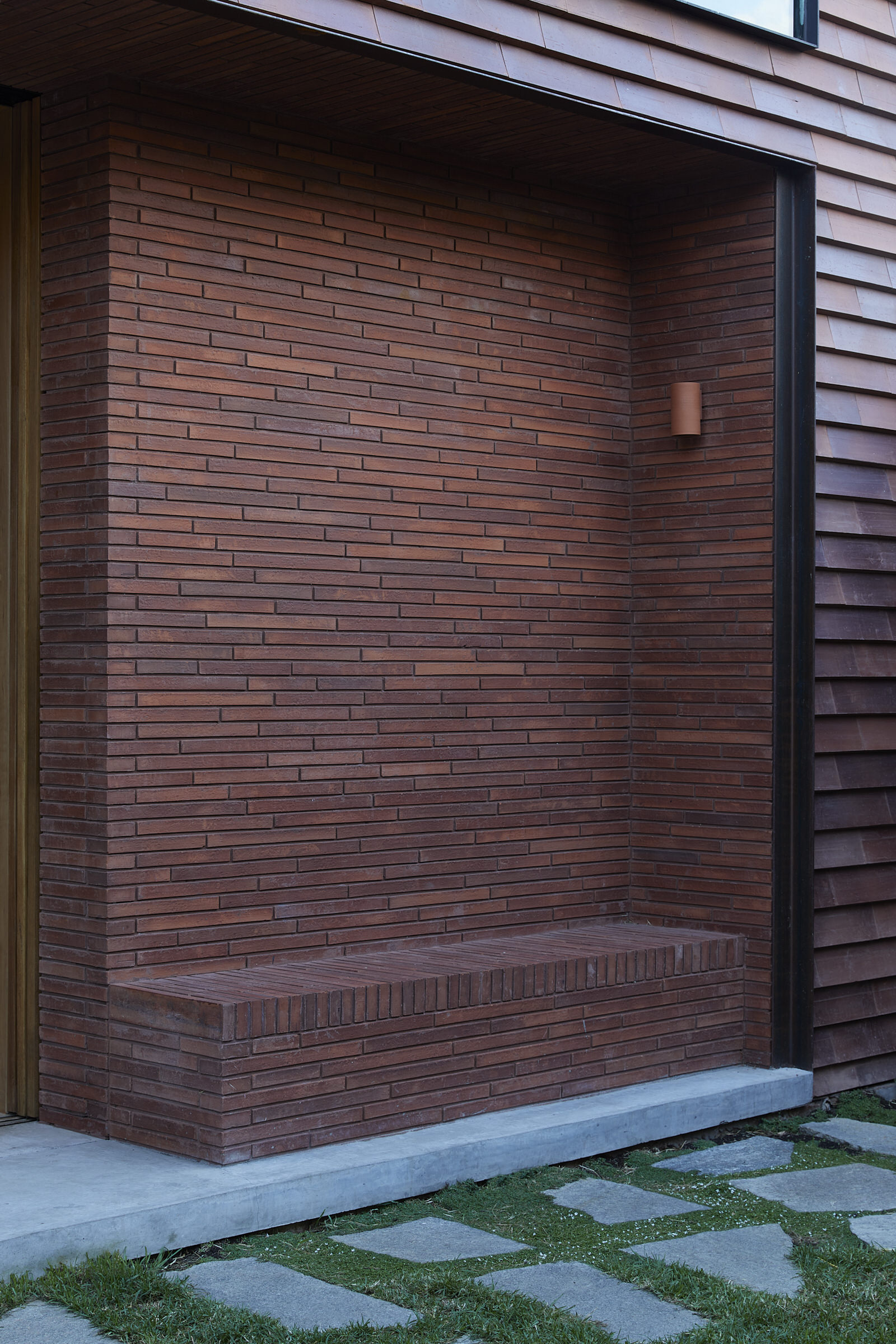 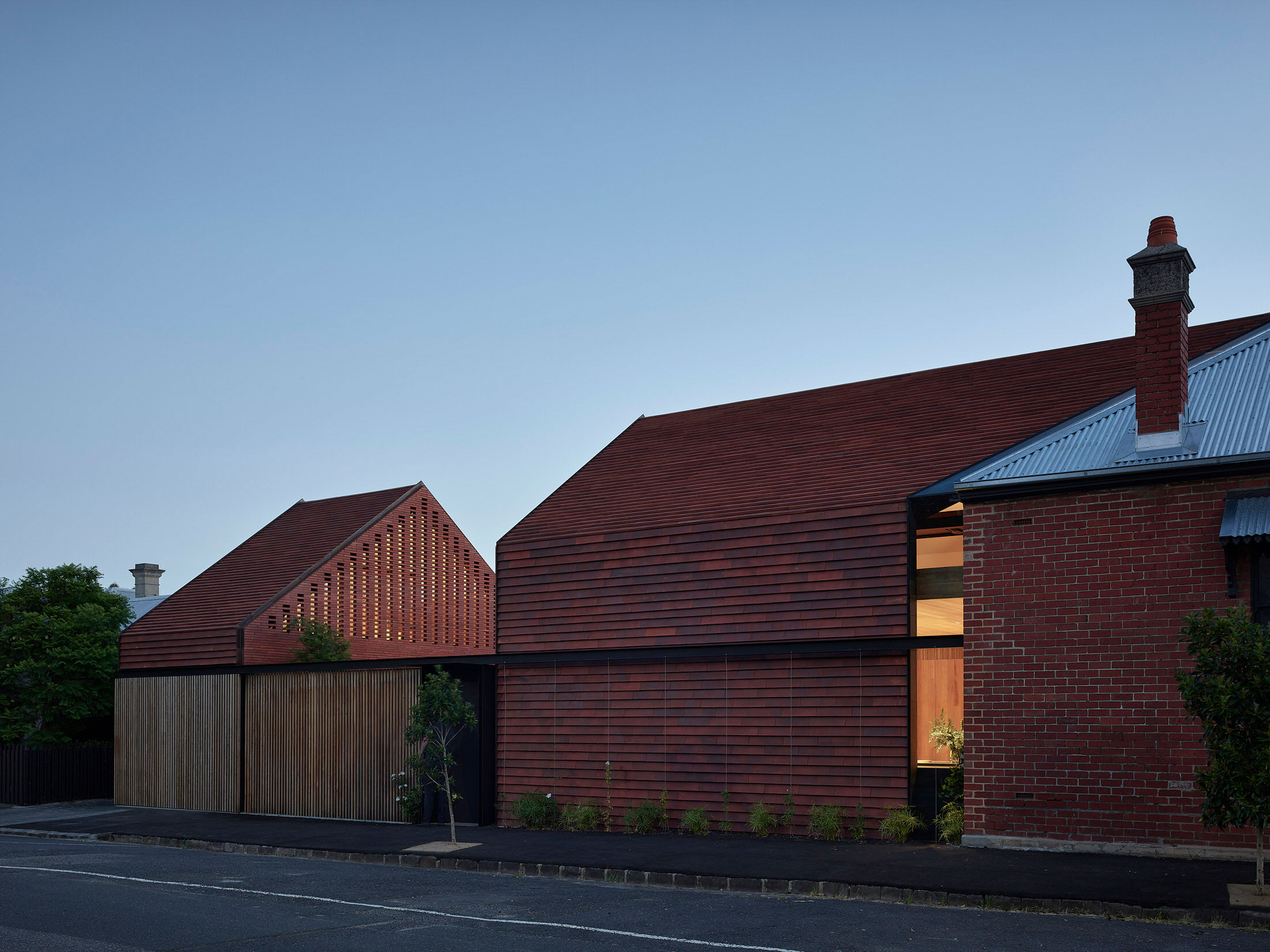 Inside the extension, an open plan, light-filled space for entertaining ensues, wrapped in a warm embrace of blackbutt timber and offset by light terrazzo flooring. A glazed break running both up the Northern external wall, forming a window to the kitchen, and along the roof line, brings light deep into the heart of the new addition through a double-height space in which the staircase is located. Demarcating the original building fabric from the new, this ‘splice’ window creates light and shadow play throughout the interior.

A pared-back palette of natural stone slabs delivers extensive and uninterrupted wall space creating a monochromatic backdrop for the clients’ ongoing collection of paintings and sculptures. With striking tones and textures, the slabs appear as artworks themselves.