London-based creative studio has animated the psychological condition of ‘derealisation’ in a stunning new short film that takes viewers on a hypnotically chaotic journey.

If you’ve ever felt like your surroundings aren’t real, or they’re distant and distorted in some way, you might have been suffering from an episode of derealisation. The psychological condition reportedly affects everyone at least once in their lifetime. It is best described as a subjective episode related to a person’s perception of the world around them.

That’s all well and good, but what does derealisation look like, exactly? To try and answer that question, Panoply has released a short film demonstrating how even familiar surroundings like an office or a train can be turned on their head by an episode of derealisation. In the film, titled DERE∀LISATION (which cleverly gets its message across in the lettering), viewers are transported on an apparently never-ending, spiralling journey where the world is upturned. 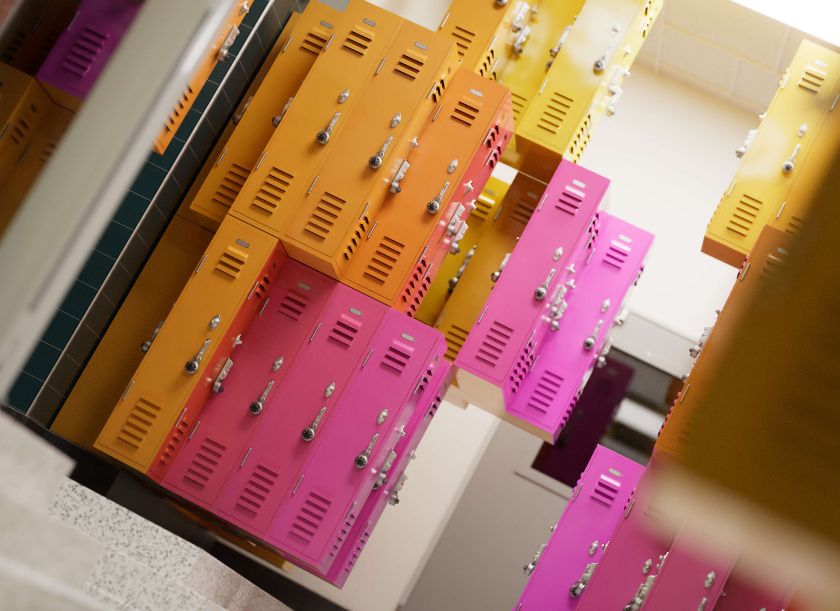 Derealisation affects everyone once in their life 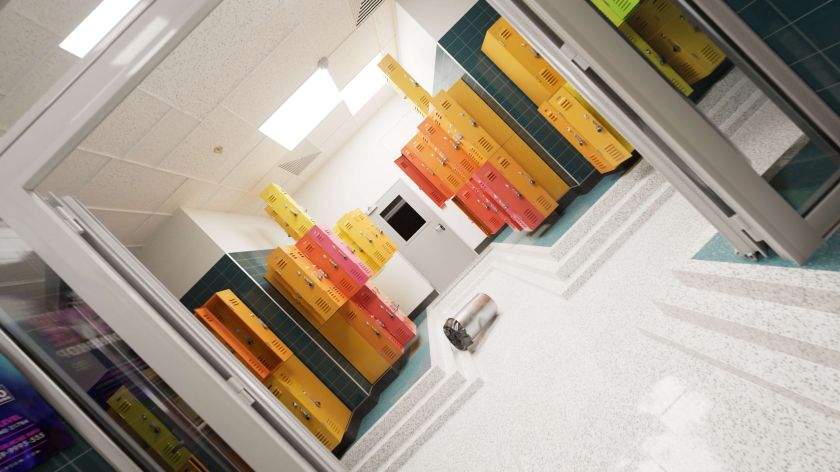 Like most psychological conditions, derealisation is subjective. This prompted Panoply to come up with various surreal visual breakdowns, all of which are connected through a loose narrative path. Panoply creative director Mark Lindner said: “A constant drifting camera move was used to emphasise the wandering mind of the viewer coupled with a very subtle dolly zoom to unsettle their perspective each time the scenes start to break down.

“The rotation of the camera was also important, as keen viewers will notice that each scene only really begins to fall apart once the composition moves past the horizontal line before resetting upon transition between scenes. This cycle of a set scene, visual breakdown/rotate, transition/reset was used to further emphasise the coming and going wave-like nature of the experience.”

There’s order to the chaos, though. Each scene takes place in a different environment for a reason in order to reflect separate areas of thinking. In school, the mind is growing and wandering, while during travel, it has time to go idle, and at work, it is focused. The ensuing episodes of derealisation mirror these mindsets and unfold accordingly. Work becomes a pixellated mess while the commuter train erupts with all the music you might be listening to. 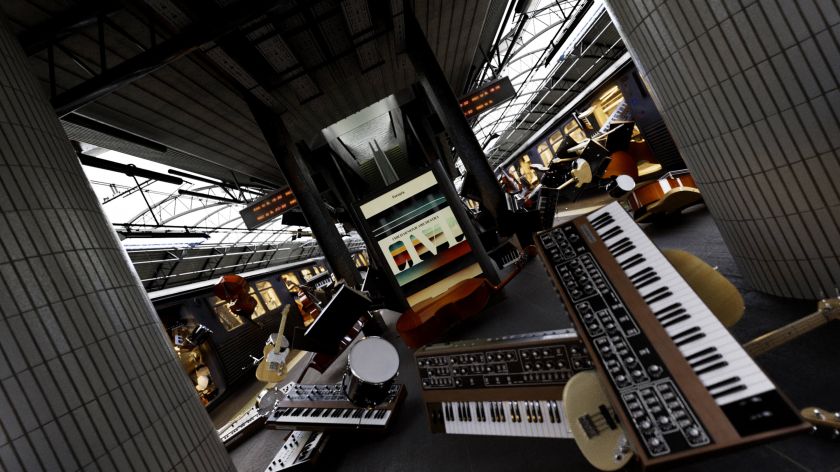 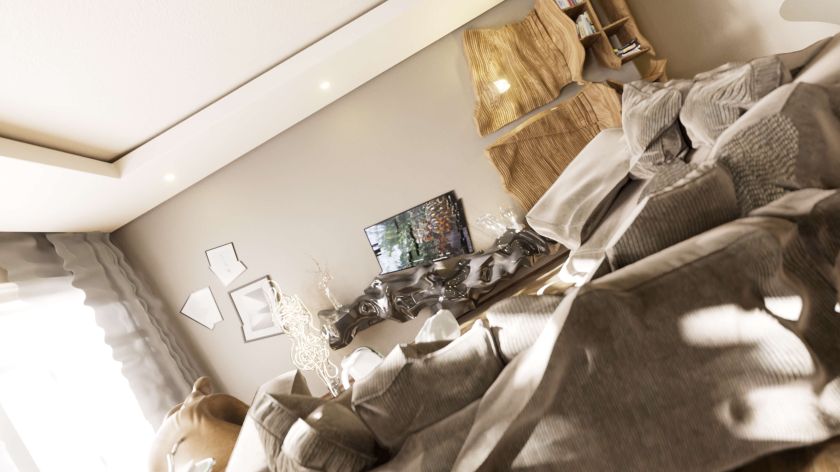 Even the home is not safe from derealisation

Mark adds: “The school corridor scene was very much a play on the blocky nature of the set. The effect was built on a low-resolution cage geometry that we replaced with a highly detailed model afterwards. The animation was made with fairly simple expansions of the block geometry and by blending between different poses, with each part of the scene treated slightly differently depending on what surface was being affected. For instance, the floor becoming a staircase, the lockers multiplying, and the ceilings panels randomising.”

Most scenes followed a similar pattern. However, the nature scene is something of an outlier. “The main derealisation here happens on the pond surface as these alien organic sculptures lift through the surface, almost like bubbling amber,” Mark reveals.

“We built a custom solver to animate these and ran them all parallel to make it more manageable at scale. We ended up having many moving parts in this scene, and it required careful optimisation to render it on our GPU farm as the polygon count was in the billions.” 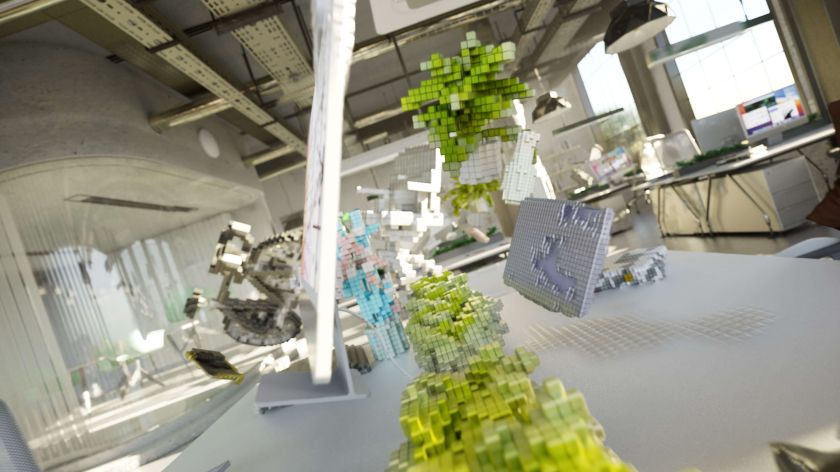 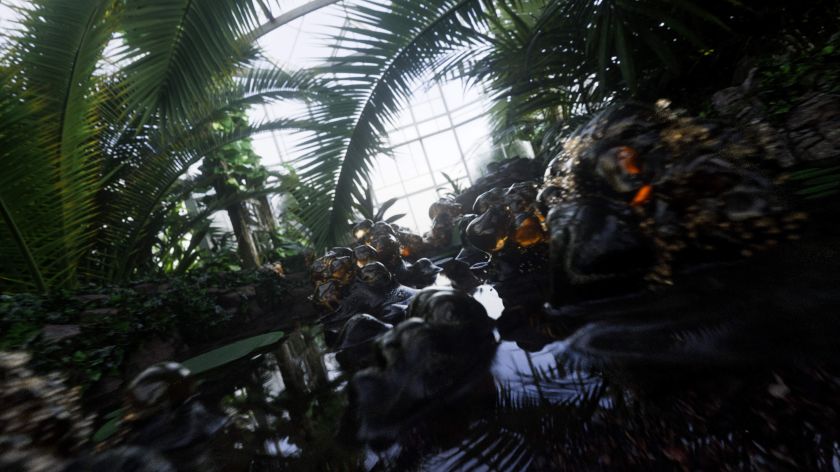 The nature scene had to be treated differently form the rest

It’s not just the visuals which explore realisation either. With Robot Soul’s help, even the film’s audio is unsettling. “The idea that the overall sound should warp and distort with the narrative came up at the first meeting, and it quickly became a key element in the sound design,” adds Mark.

“The transitions between each scene were also a crucial element to figure out early on because they greatly impacted how the whole project was built in the DAW. All sound effects and musical elements are affected during the transition into the next scene and therefore didn’t allow for structural irregularities. There are a lot of groups within groups to keep track of everything.

“Another interesting process was to match the room reverberation for each scene. It was pretty important to have a convincing representation of the acoustic environment to sell the idea of realism in both the sound effects and the score. This was done with convolution reverbs on return tracks, which also made it possible to filter out frequencies that otherwise would overwhelm the wet signal.”

As for the breathing part, this was added in at the last minute. “It was a surprise to me that it worked so well because it wasn’t part of the original idea, but it gives a more profound experience, leaning into the idea that it’s you who is floating through time and space. Try watching it again with this bit of knowledge in your mind.” 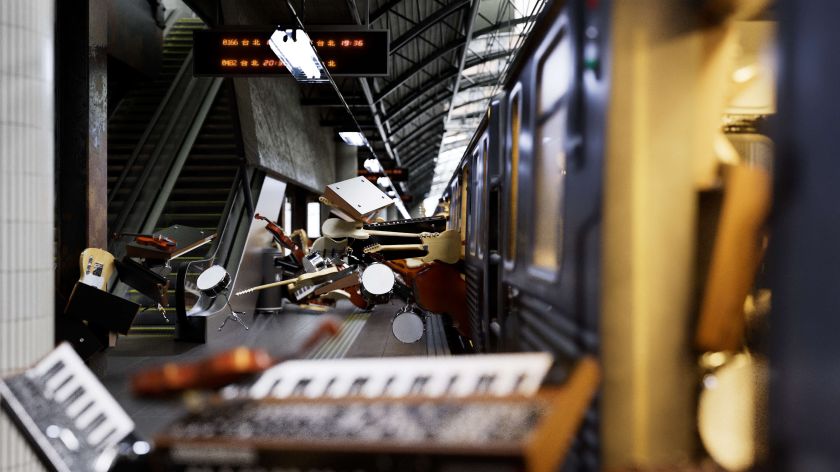 Each instrument was designed to have a character of its own