A British artist known as bought a £1.35 million 13-room mansion and covered every last inch of it in black-and-white drawings. Sam Cox says completing the massive creative project (his largest to date) realizes a dream he’s had since childhood. He bought the Kent, England house in early 2020 and spent two years scribbling on every imaginable surface, including walls, ceilings, floors, furniture, appliances, and statuary. He even extended the doodles to landscape pavers in his front hard and his . 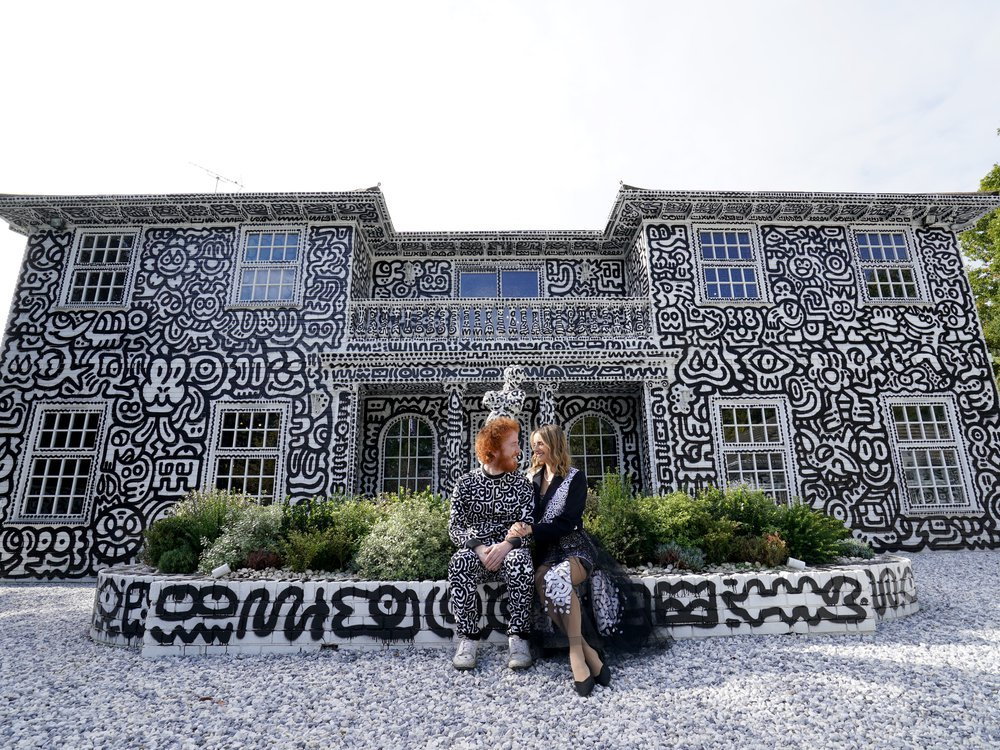 Cox and his wife Alena (aka Mrs. Doodle) started by recruiting friends and family to help them paint everything stark white, inside and out. When the pandemic restrictions and lockdowns started in spring 2020, Cox took advantage of his sudden downtime, devoting himself entirely to this project. He did all the doodling himself, working on one room at a time, starting with the upstairs bedrooms. Each one has a loose theme, like birds, sea creatures, food, clouds, robots, or “heaven and hell.” Cox doesn’t sketch anything out or even come up with a particular idea before he starts working, preferring to just draw whatever comes to mind in the moment. 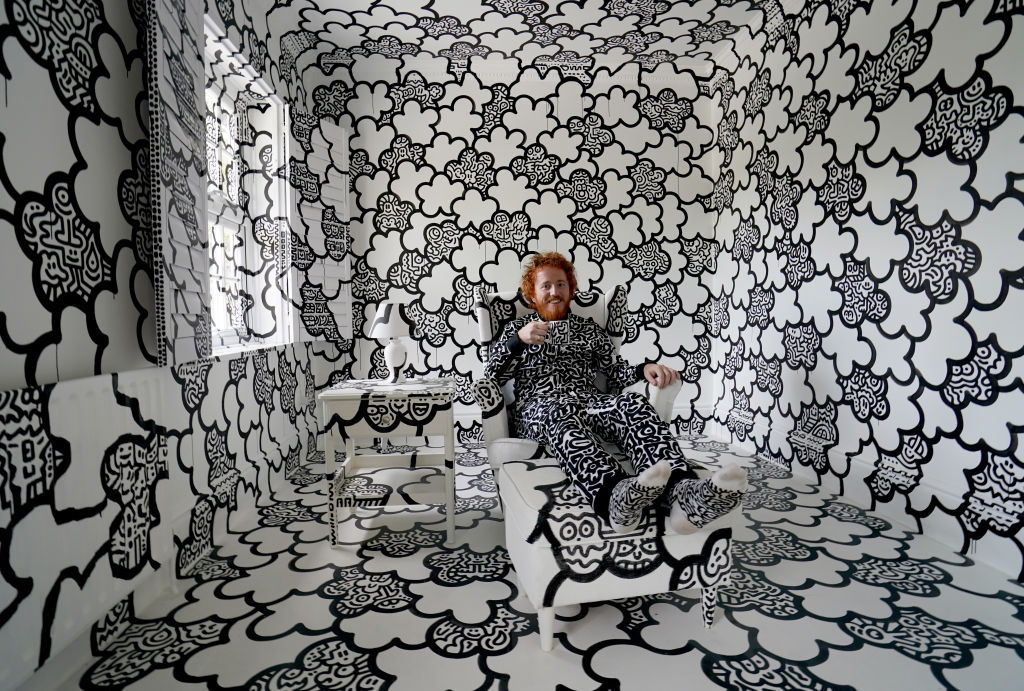 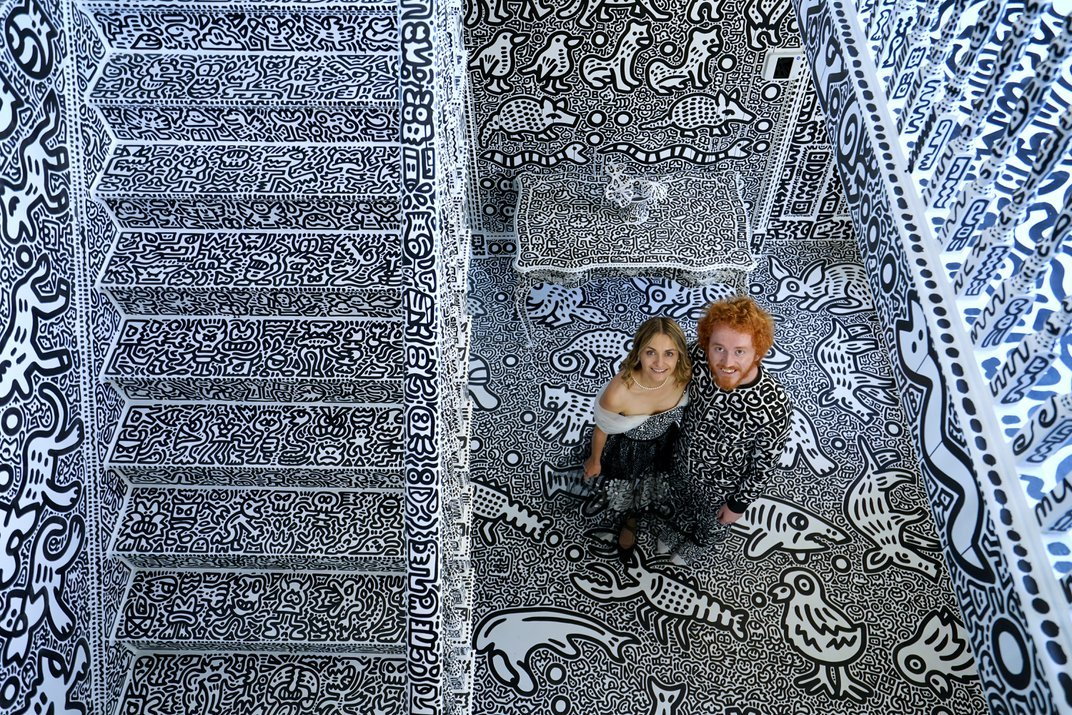 Everything is monochromatic, and anytime Cox made a mistake, he left it in place. “The nature of a doodle is to let it be,” he told By the time he was done, Cox had used 900 liters (238 gallons) of white paint, 401 cans of black spray paint, 286 bottles of black drawing paint, and 2,296 pen nibs. He also took 1,857 photographs of the process, later stitching them together to create a roughly two-minute-long stop-motion animation that reveals what the project looked like as it came to life.

Though Cox greatly enjoyed getting into the improvisational flow of constant doodling, it did have an effect on his psyche. In February 2020, he got the flu and started having doodle-related hallucinations, spending six weeks in a psychiatric ward. “It’s a scary feeling to think you are losing your mind and not know what’s real,” he told the . “I’m glad I have a grasp on reality again and now I want to make sure to go on walks and step outside of doodle world now and then.” 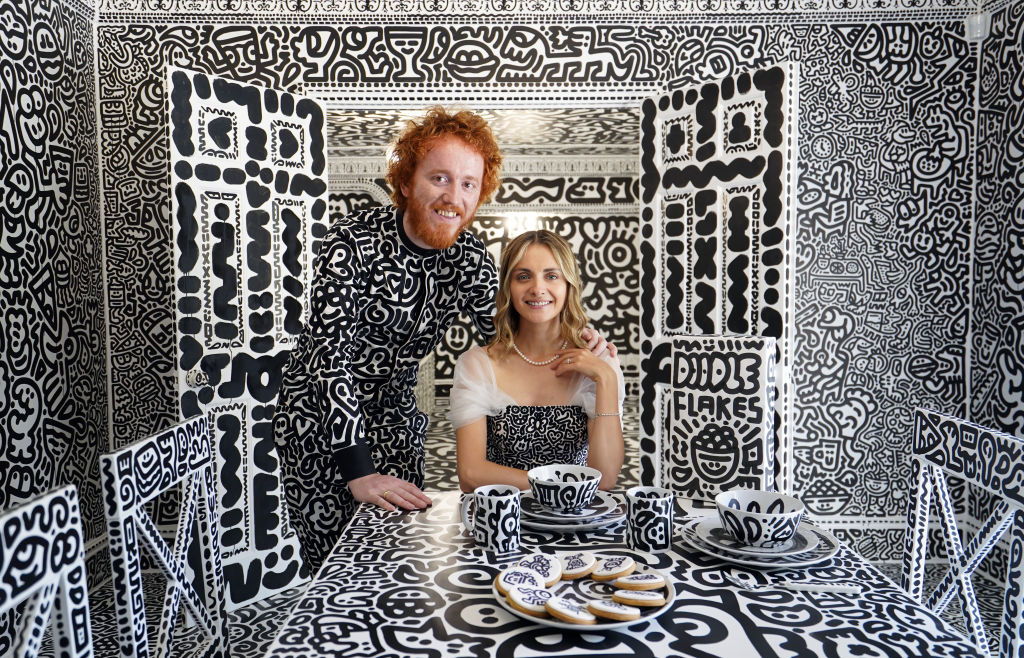 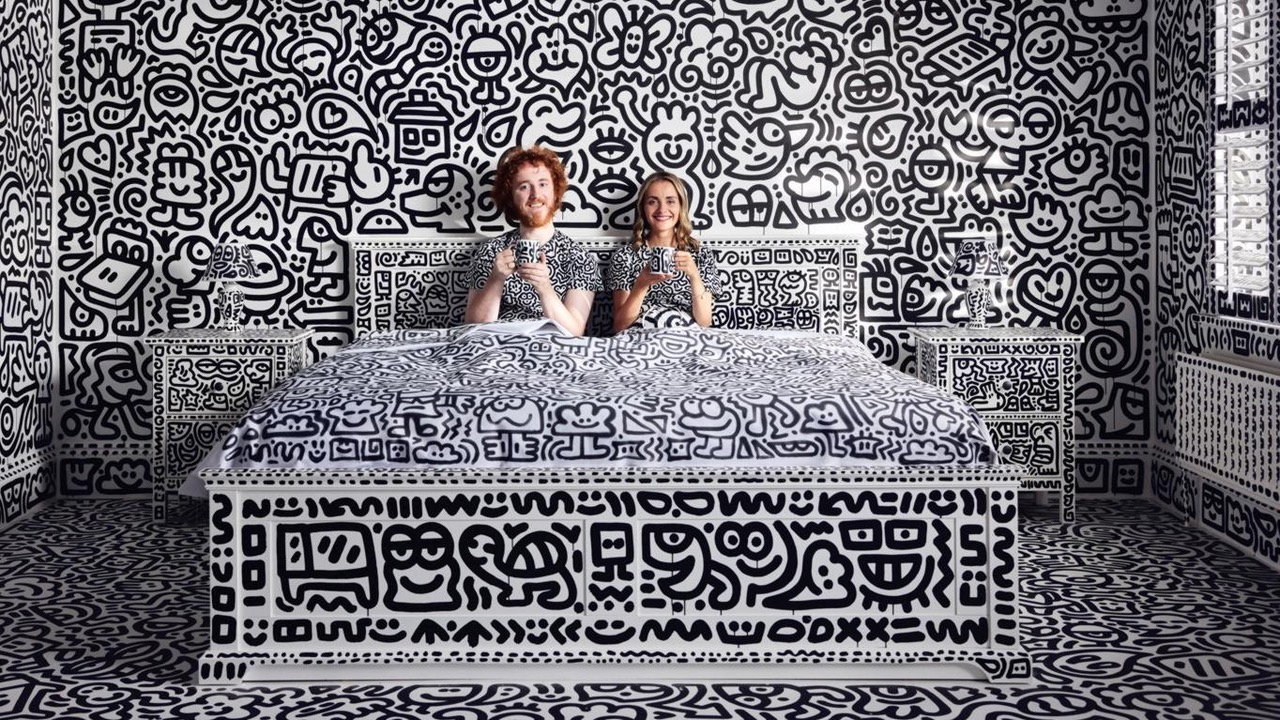 While he was working on it, Cox did his best to keep his doodled home under wraps. He limited visitors and was always afraid a delivery driver would snap a photo and put it on the internet. Luckily for him, that never happened. His neighbors have been supportive (and the fact that his house is hidden behind a dense layer of trees probably helps with that). However, the couple who sold him the house probably don’t love the results now that Cox has shared them with the world. “They told me whatever you do, please don’t doodle,” he told the . “I didn’t listen.” 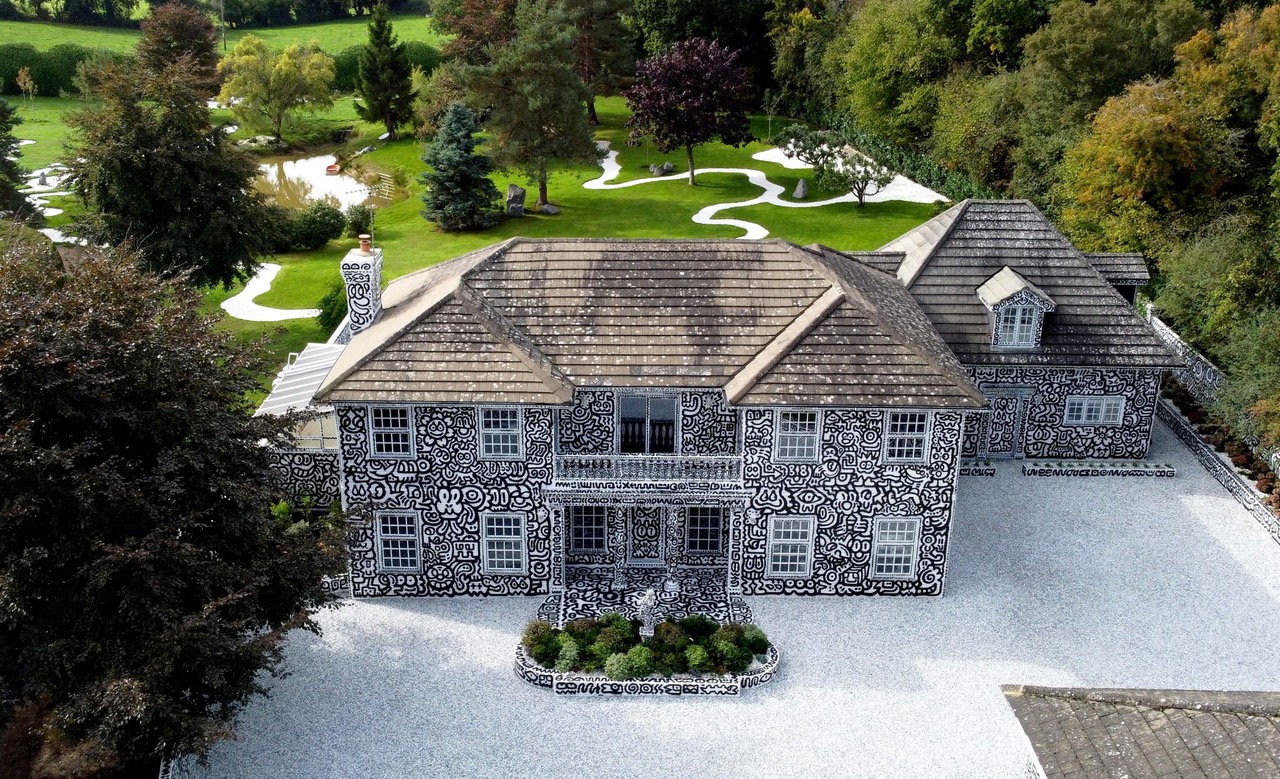 Cox was able to buy the house in the first place after his career took off, the result not of agents or gallery representation, but social media and word-of-mouth. By 2021, the 28-year-old was selling nearly $4.7 million worth of doodles around the world over a period of just nine months. He now has over 2.7 million followers on Instagram and more than 95,000 YouTube subscribers, not to mention collaborations with major brands like MTV Europe and Puma.