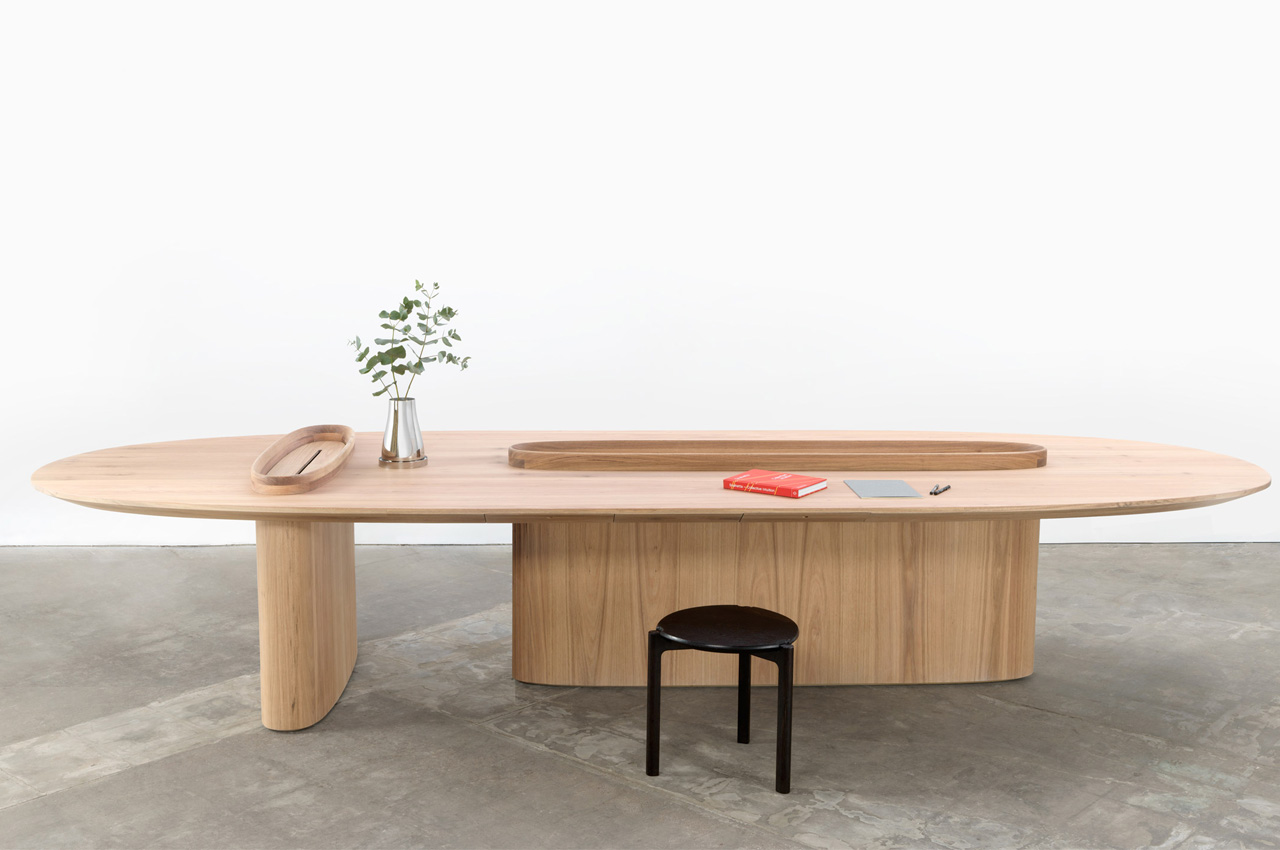 Architecture studio Snøhetta designed a beautiful table crafted from wood sourced from the bottom of a lake called Pieman Lake in Tasmania, Australia. Called the Intersection table, the minimalist table is constructed using Tasmanian oak which was sourced by Hydrowood – “one of the world’s first underwater forestry companies”. 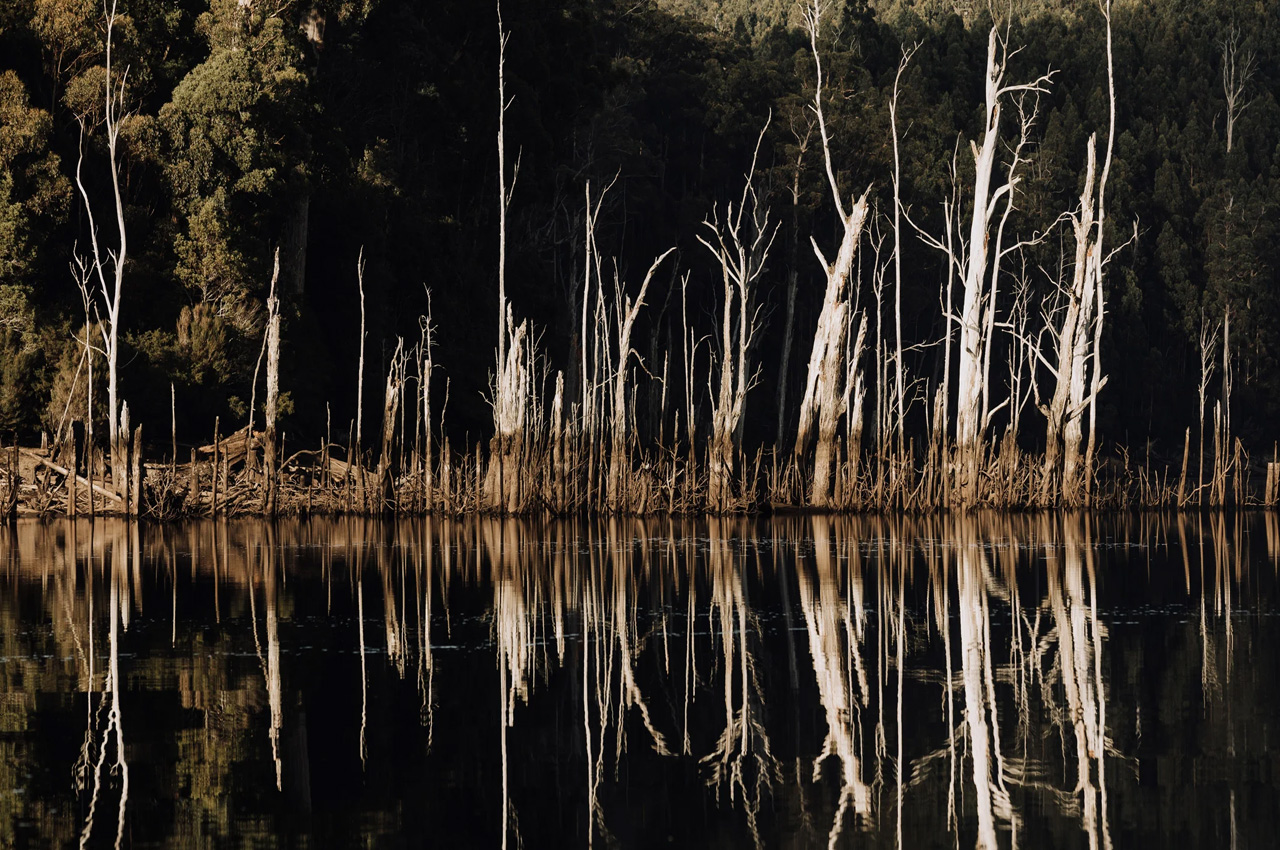 “As part of Snøhetta’s ongoing exploration of defining valuable use of new and forgotten material technologies, the worktable is the first exploration into wood aged at the depth of a lake for decades,” Snøhetta Australasia managing director Kaare Krokene.

In 1986 Pieman Lake was dammed during a hydroelectric project, and the Tasmanian oak has been submerged since then. Although a lot of the forests were logged before the project began, due to certain time constraints, a lot of the wood was left behind as well. By making use of custom-built barges since 2012, Hydrowood is rescuing “specialty timbers so scarce they were thought almost gone forever”. These specialty timbers include oak, blackwood, celery top pine, sassafras, huon pine, and Tasmanian myrtle. 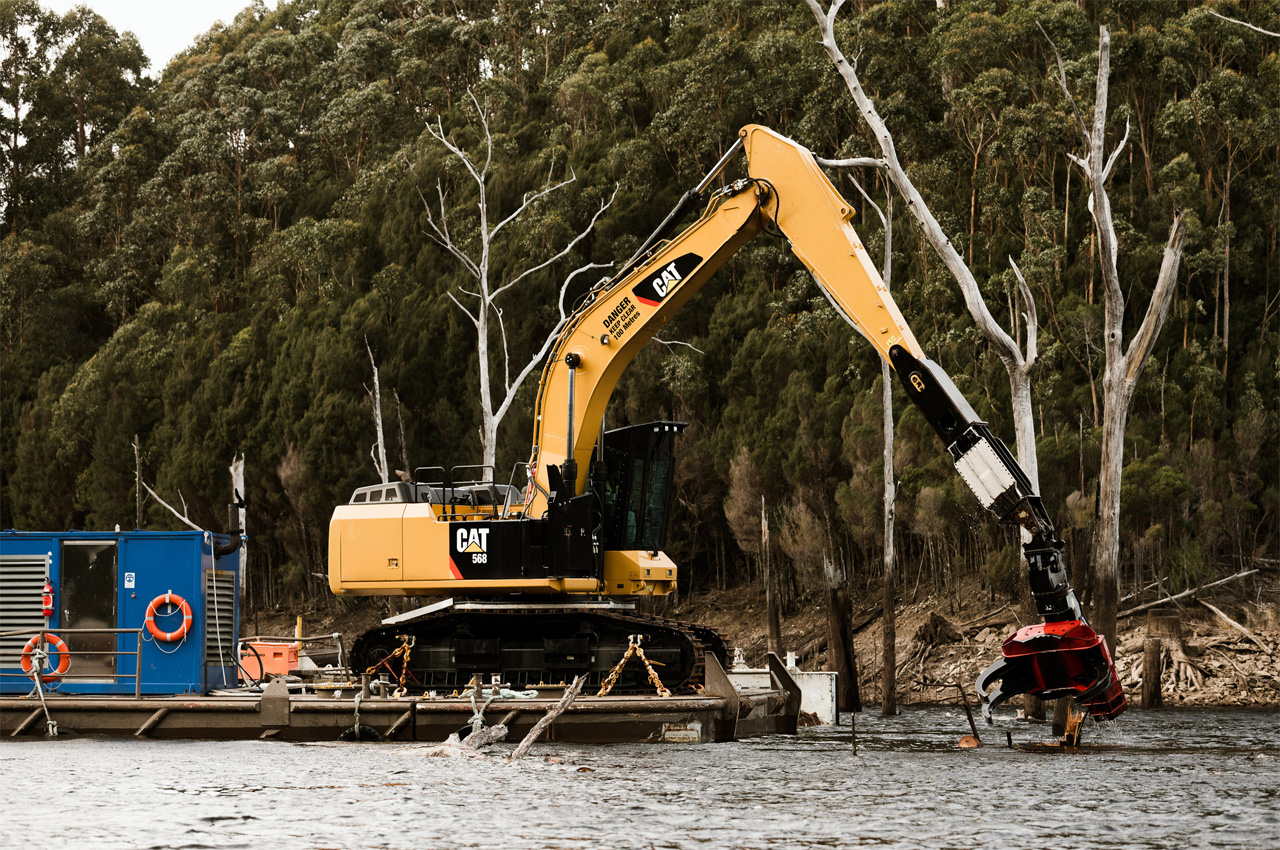 “Starting from the concept of intersections, Snøhetta investigated the potential and limitations of materials unique to the Australian continent; juxtaposing textures, and intersecting planes,” added Kaare Krokene.

And the result is the Intersection table, a five-meter-long furniture piece that was designed to be a “one-off piece that does not pander to consumerism”. The table was created by Snøhetta’s Adelaide and Oslo offices and was in fact handmade via traditional woodworking techniques. The tabletop features an impressive torsion box construction, which mimics the wings of an airplane. This torsion box construction supports large cantilevers which provide rigidity and structure. 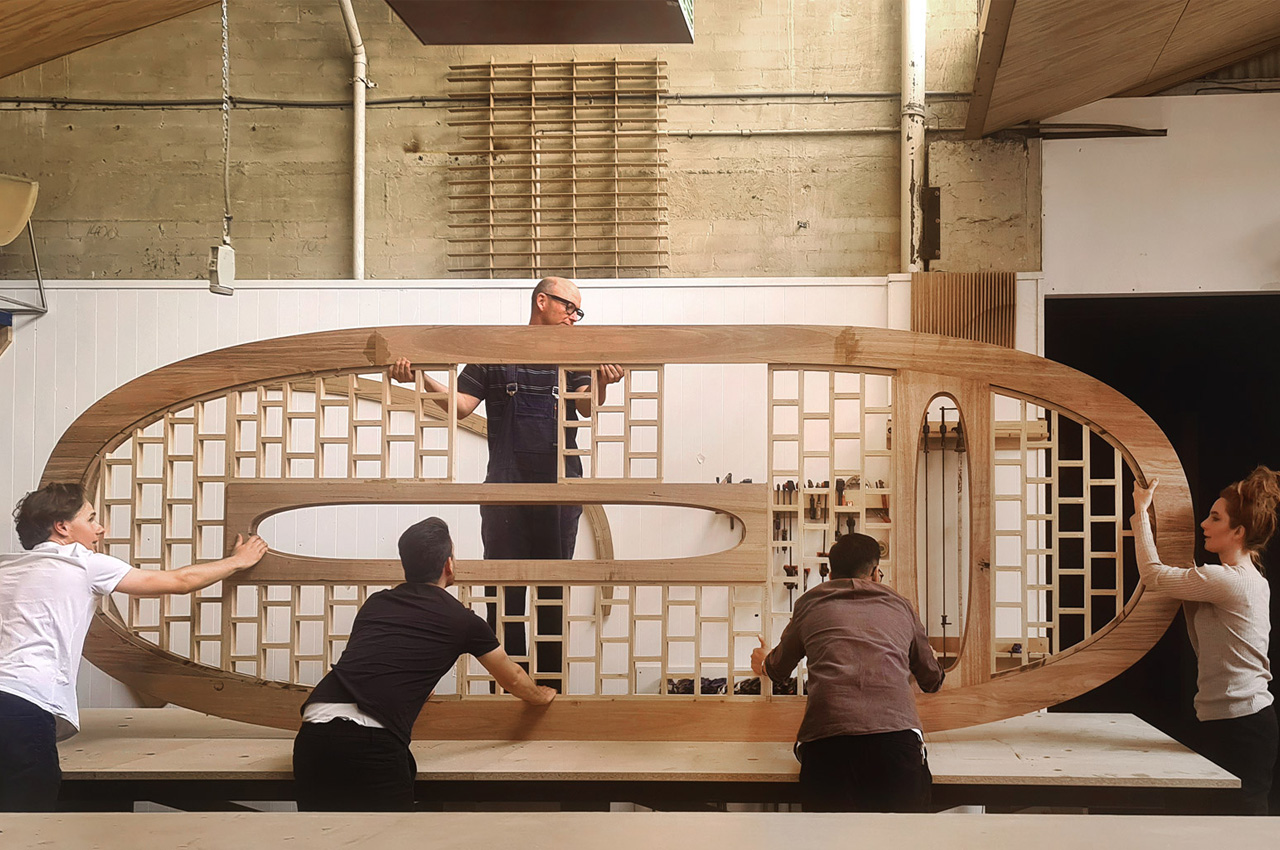 The Intersection Table boasts a form that is meant to represent “the endless Australian coast”, and utilizes a stunning natural material that was once considered lost for good. The table is an excellent example of how sunken wood can be harvested to create a furniture design that is functional, sturdy, and sophisticated. 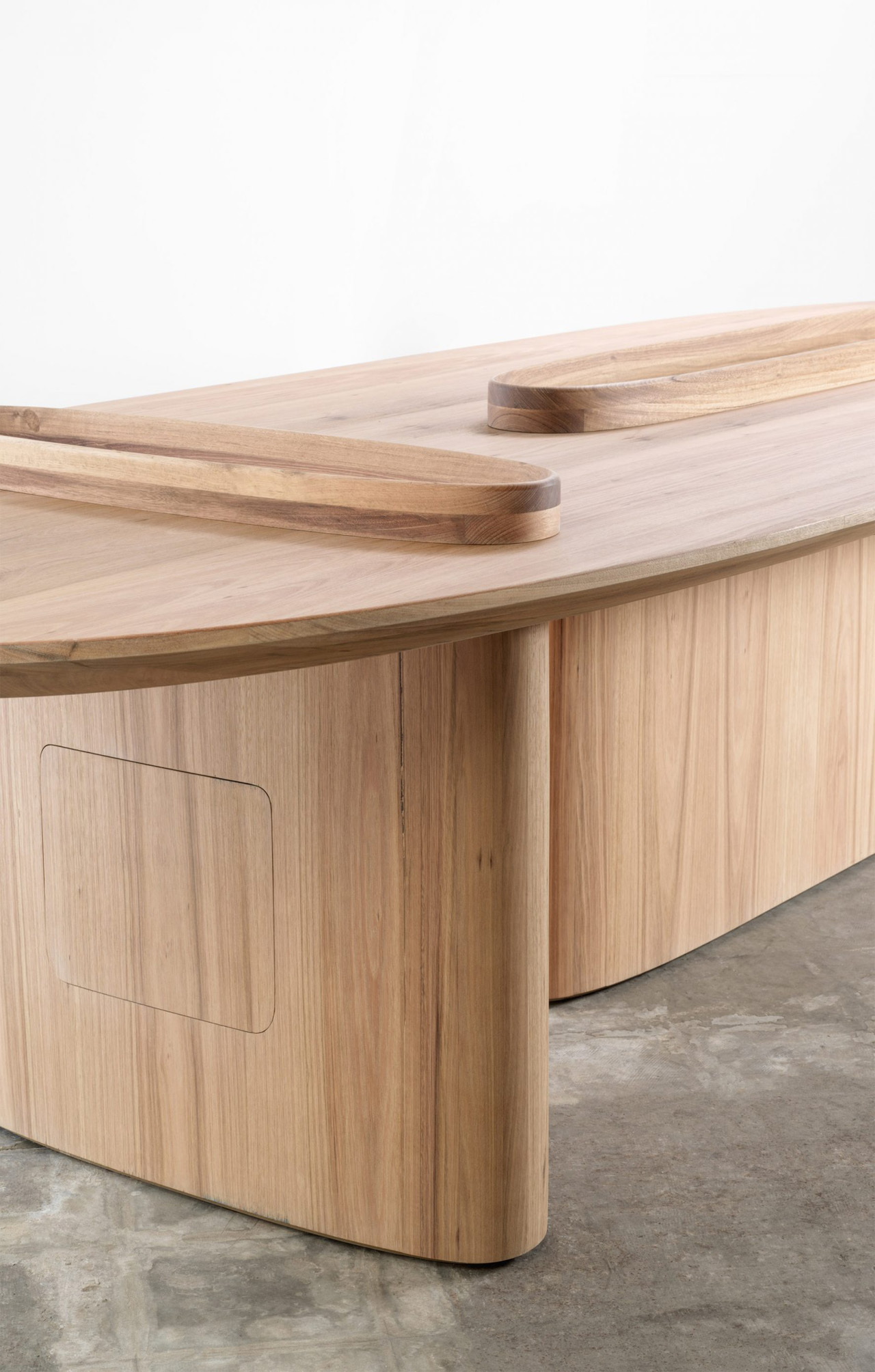