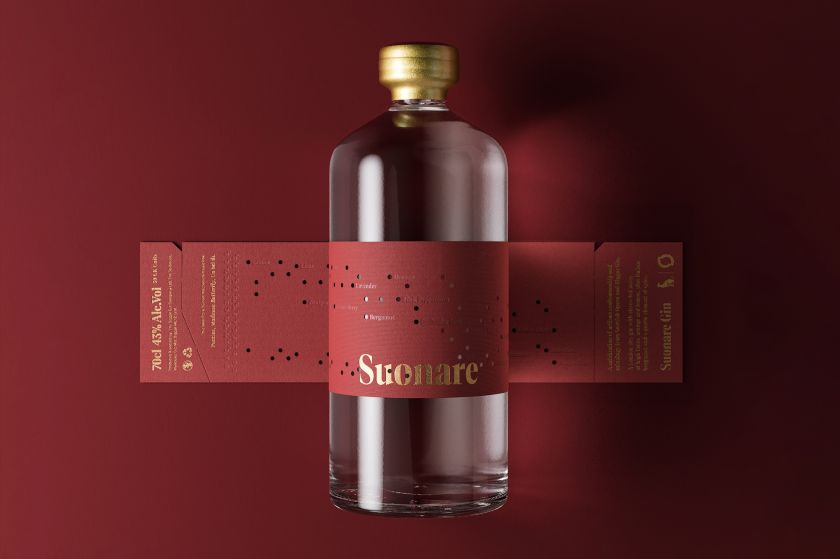 Glasgow-based creative and design agency has collaborated with to make musical packaging for its commemorative range of gin bottles.

Birthdays are often a good excuse to have a drink and dance to a tune, and Scottish Opera is no exception. To celebrate its 60th anniversary, Scotland’s largest performing arts organisation has marked the occasion with a commemorative gin whose packaging can be fed through a music box to play the signature theme from Madama Butterfly.

Named Suonare – which appropriately translates as ‘to play’ – the celebratory gin will act as a gift to patrons of the Scottish Opera. Created in partnership with local distiller Biggar Gin, the spirit is a London Dry gin which contains botanicals that have a strong connection both to Scotland and the operatic world.

To help this unique collaboration sing, Scottish Opera enlisted Tangent to create a brand whose identity would combine the two art forms of mixology and musicology. The result is a playable label whose high and low musical notes reflect the sharp Lemon and earth Cassia Bark botanicals of the gin’s very own fourteen flavour notes.

As for the musical scale itself, this was die-cut into the bottle label to create a design system distinct from the usual floral imagery often associated with gin branding. And in the spirit of local pride and attention to detail that runs through the whole identity, the lettering was letter-pressed by Glasgow Press printmakers.

“When we conceived the idea of matching the botanicals to a musical scale, a whole world of possibilities opened up,” explains Katrina High, designer at Tangent. “Being able to actually visualise the taste profile of the gin felt like we were taking the brand somewhere new and original, and we were excited by the prospect that this visualisation could push that bit further and go on and function as an actual sheet of music.” 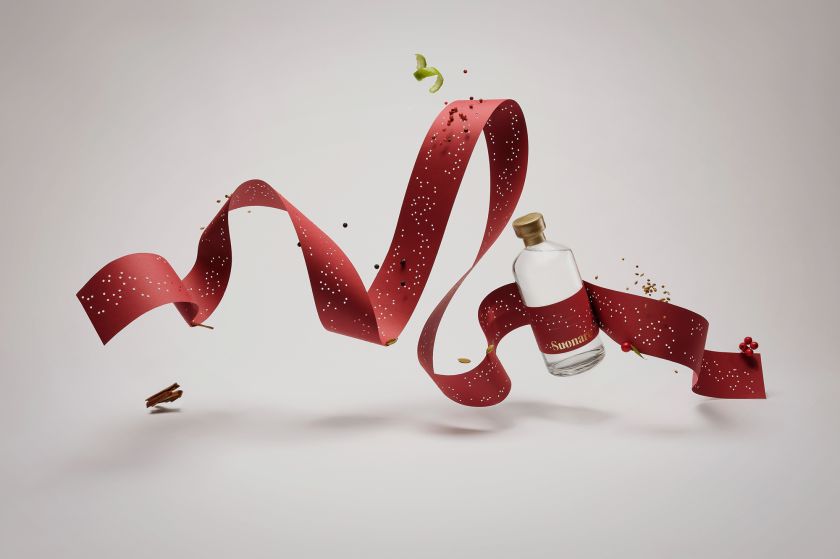 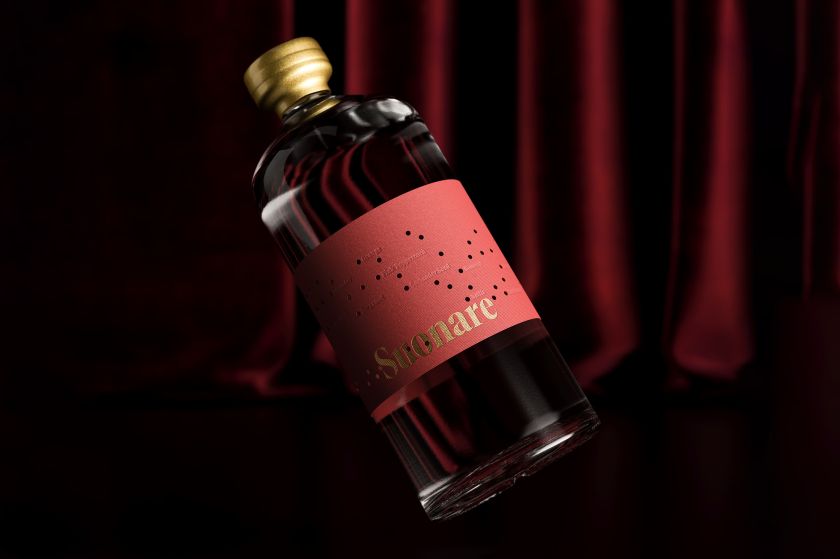 “The project’s success depended on genuine collaboration between all the partners to make it happen,” she adds. “Biggar Gin helped us to place the botanicals accurately from high to low notes. Scottish Opera’s music director specifically arranged the notation so the label could play through the music box.

“It was so satisfying to see everything fall into place and to deliver a brand that conveyed the nature of the product: the worlds of musicology and mixology coming together.”

The decision to make the playable tune ‘Un bel di’ – instantly recognisable as the signature theme from Madama Butterfly – is just as well chosen as the other elements of the identity. This is because the Puccini opera was first performed by Scottish Opera during its maiden season 60 years ago. The tune itself was inspired by a Chinese music box that the composer first heard in Italy. 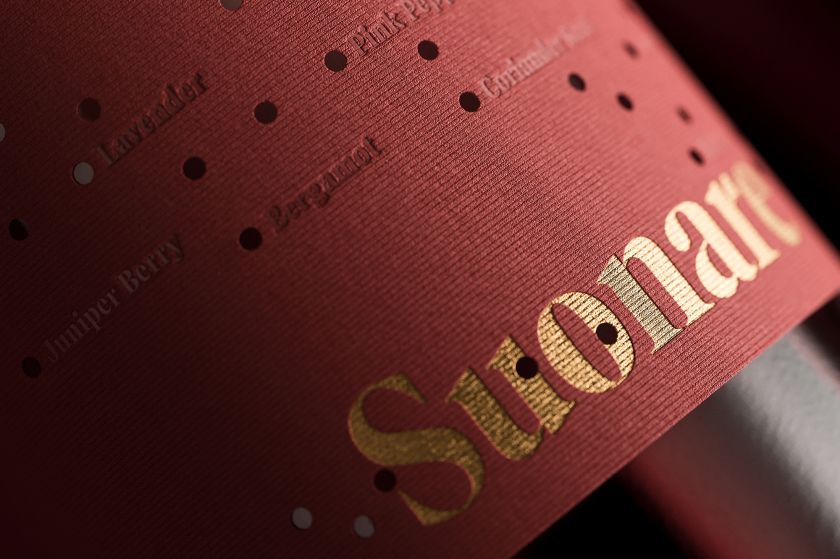 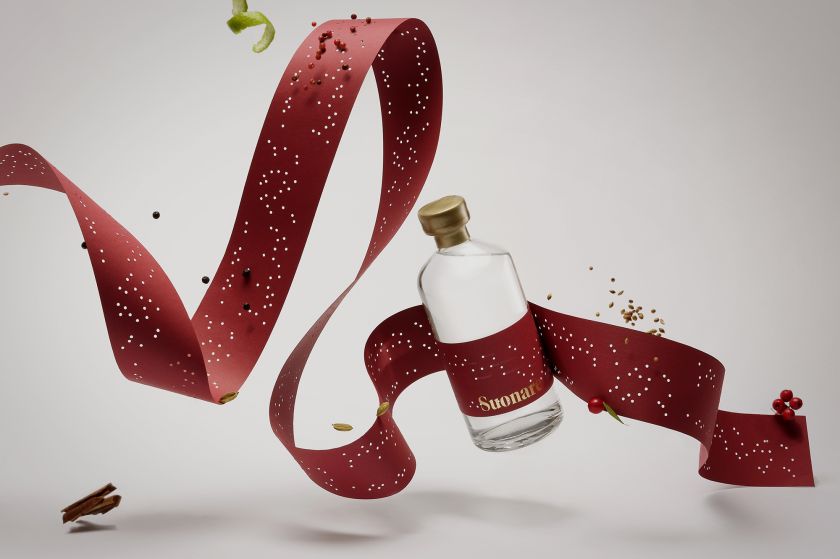 “Tess Wood, Design Manager, Scottish Opera: “The decision to appoint Tangent to develop an artisan gin brand for us was incredibly easy – they have curious minds, a strong desire to push the creative boundaries, and a collaborative approach to working that was integral,” concludes Tess Wood, design manager at Scottish Opera.

“The creative solution for Suonare is charmingly playful and unique, and we’re thrilled with the results.” 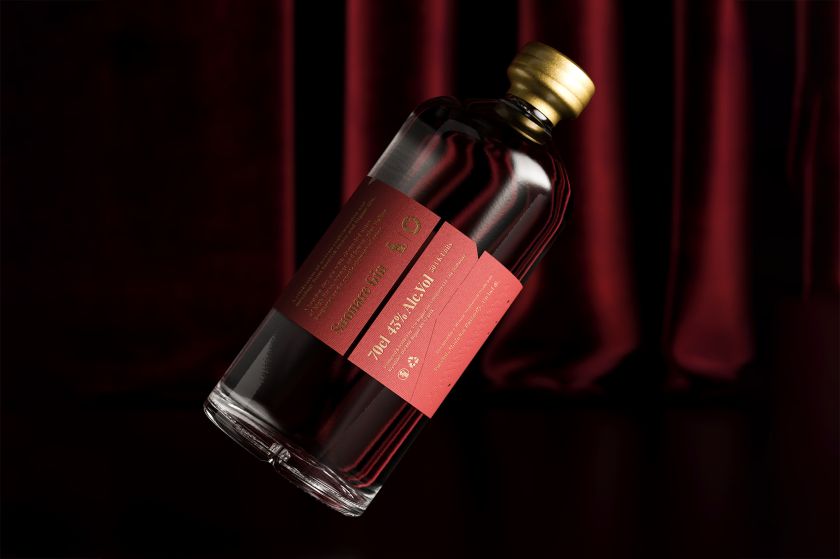