The Red House in Barcelona by Aramé Studio. 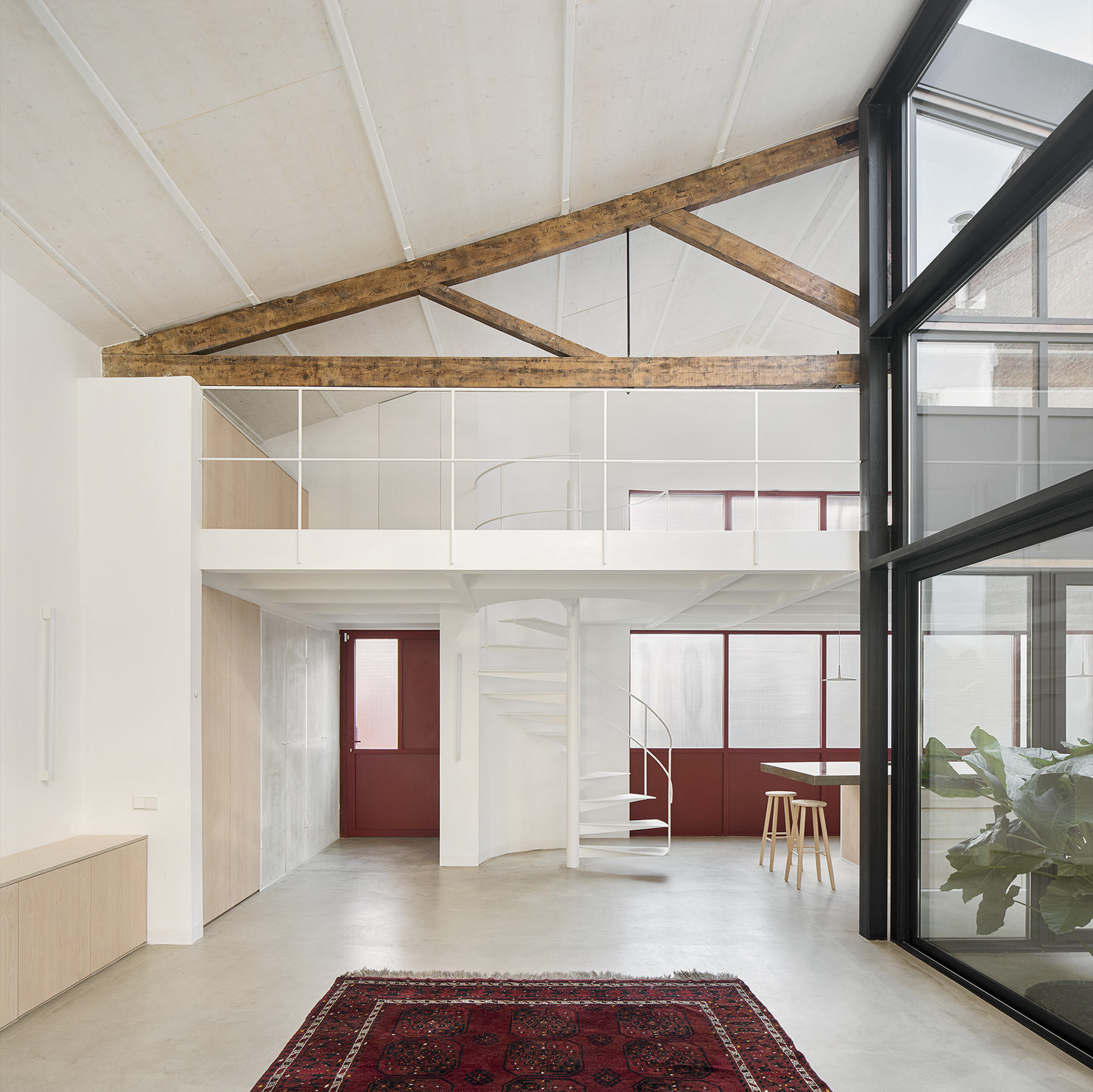 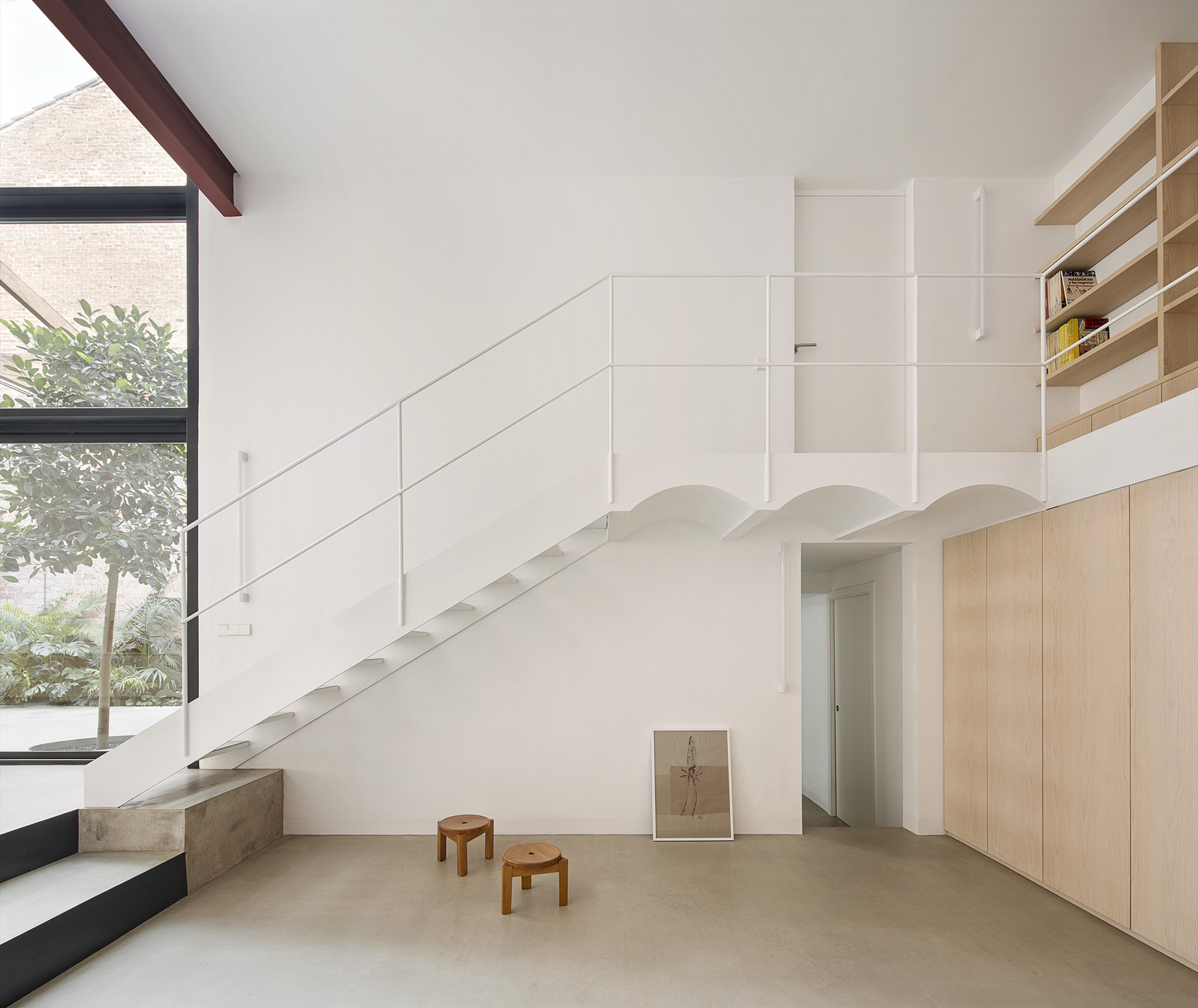 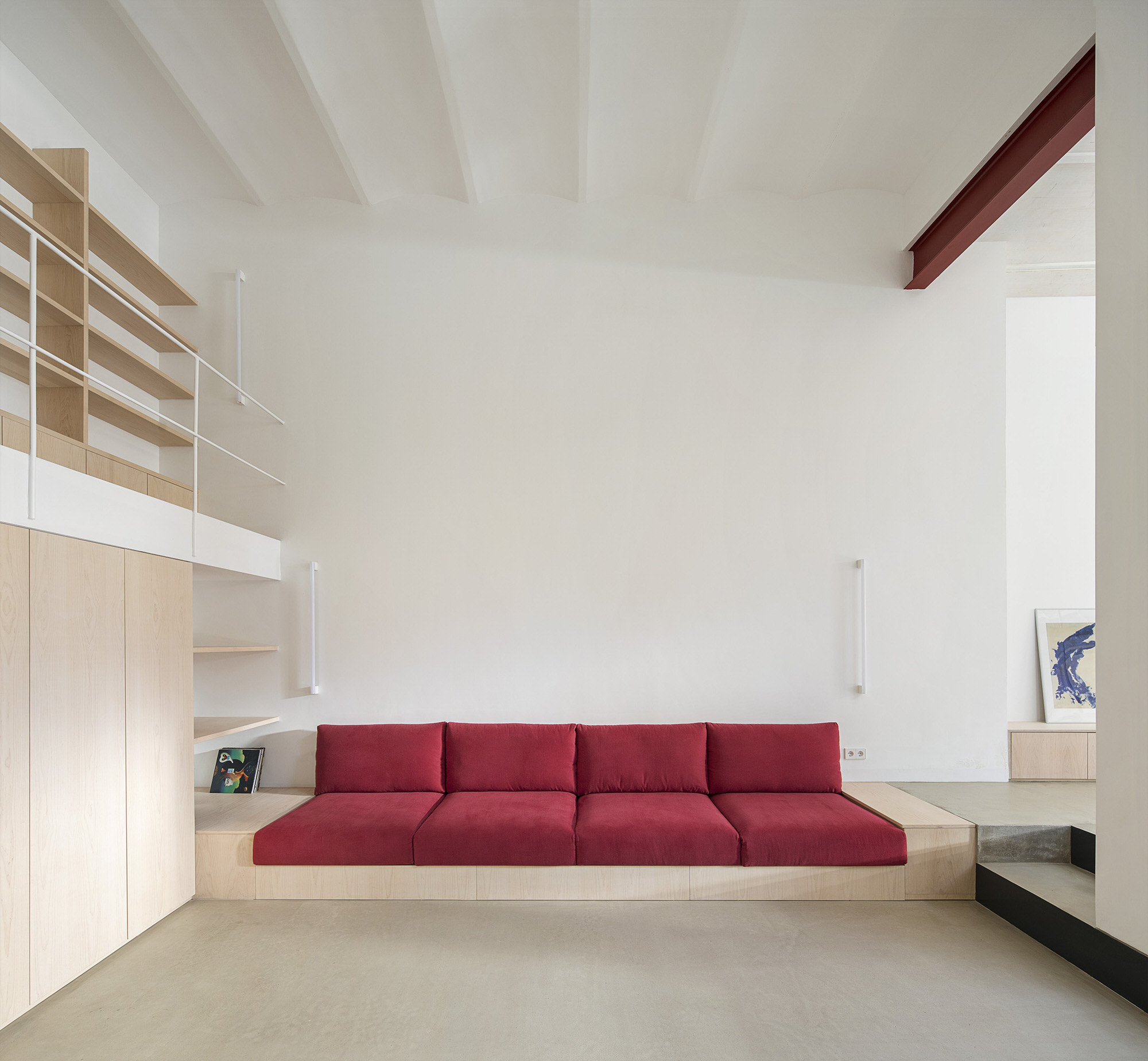 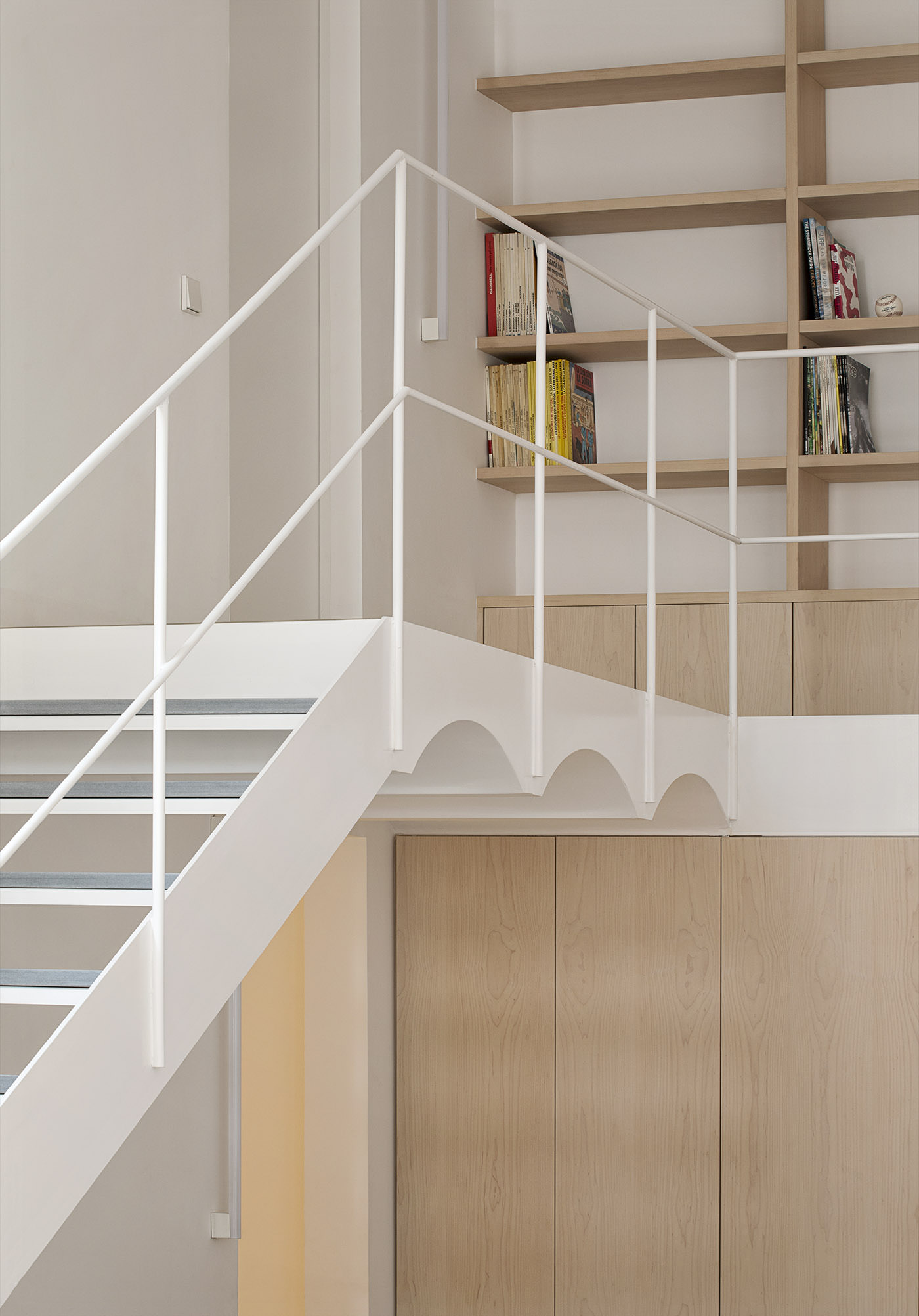 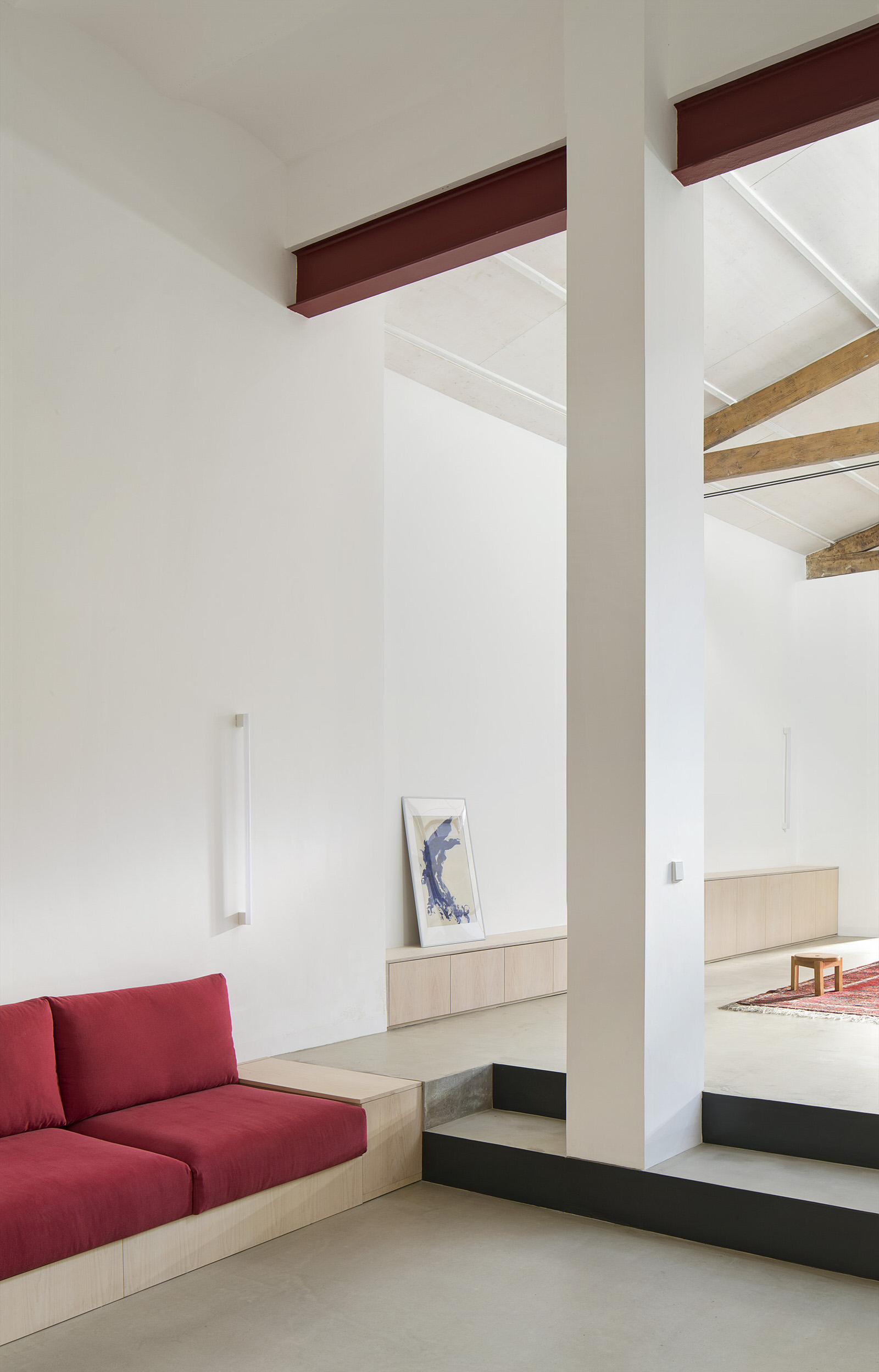 Interior courtyards have long been a hallmark of Mediterranean architecture, stretching all the way from the Iberian Peninsula to the Persian Gulf as far back as 2000 BC. In fact, in the ancient town of Ur, by the Euphrates River, each home had a at its heart. Likewise, in ancient Greece, the courtyard was the home’s nucleus, serving as a central sanctuary and illuminating the rooms that skirted it. The architectural style took on various other avatars: in Rome, it emerged as the domus, a one-storey courtyard house with rooms arranged around an atrium, and in the Arab kingdoms, the interior courtyard, or hosh, was used to grow fruit trees, shrubs and flowers.

The Red House—designed by Andrea Arriola Fiol and Adrián Mellado Muñoz of -based —nods to these homes of yesteryear; a modern reimagination of the Mediterranean style that once defined the land. 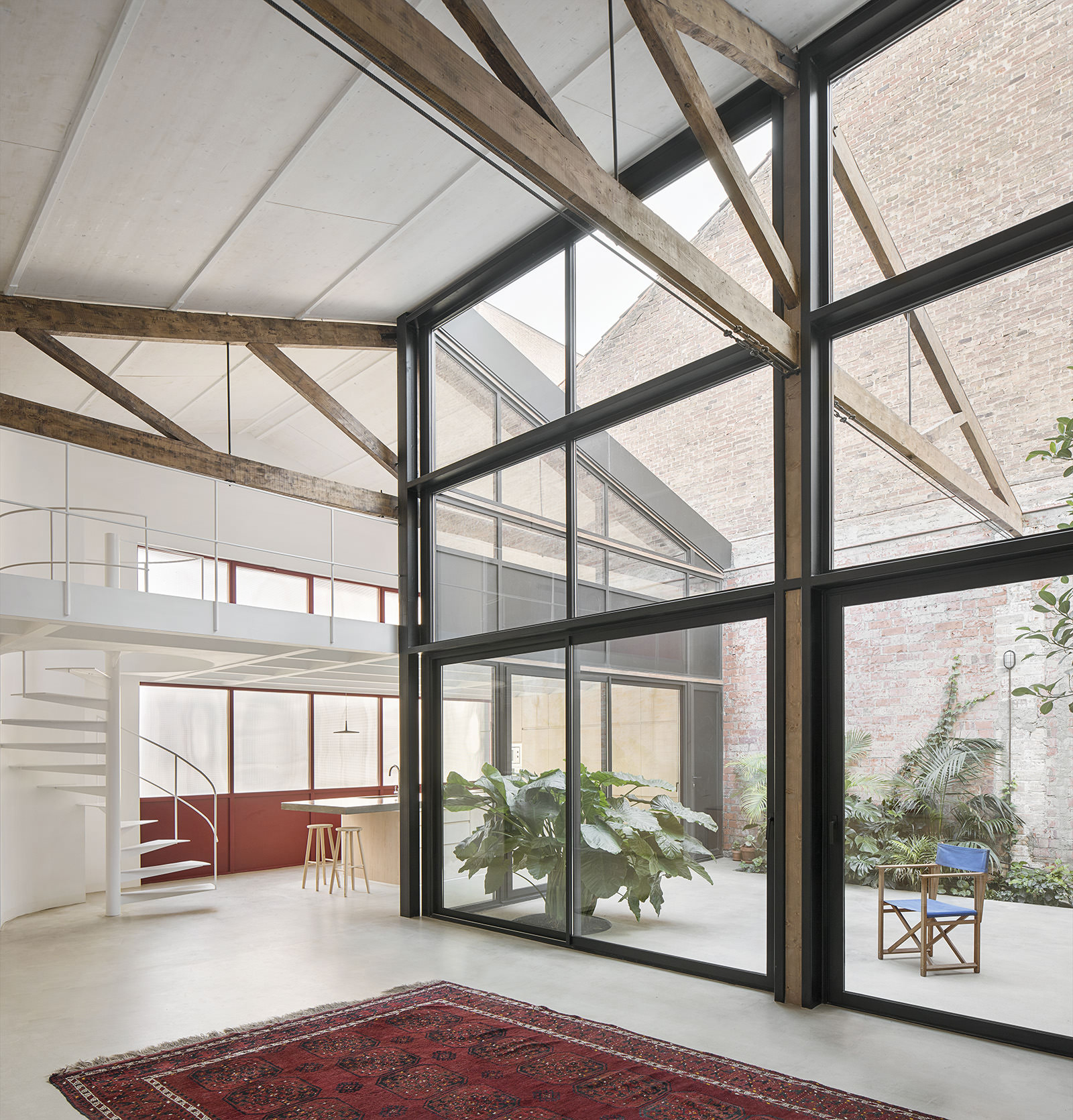 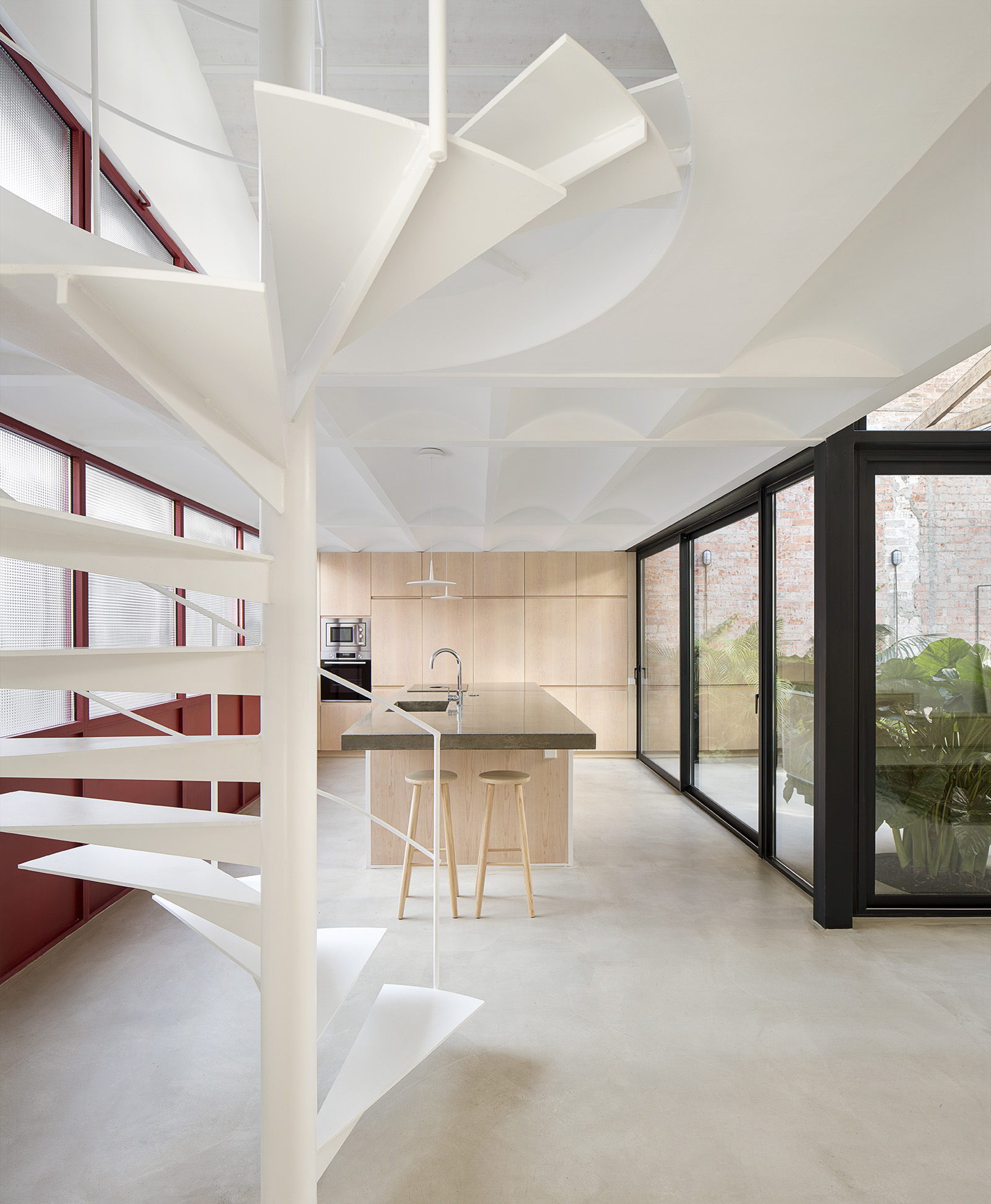 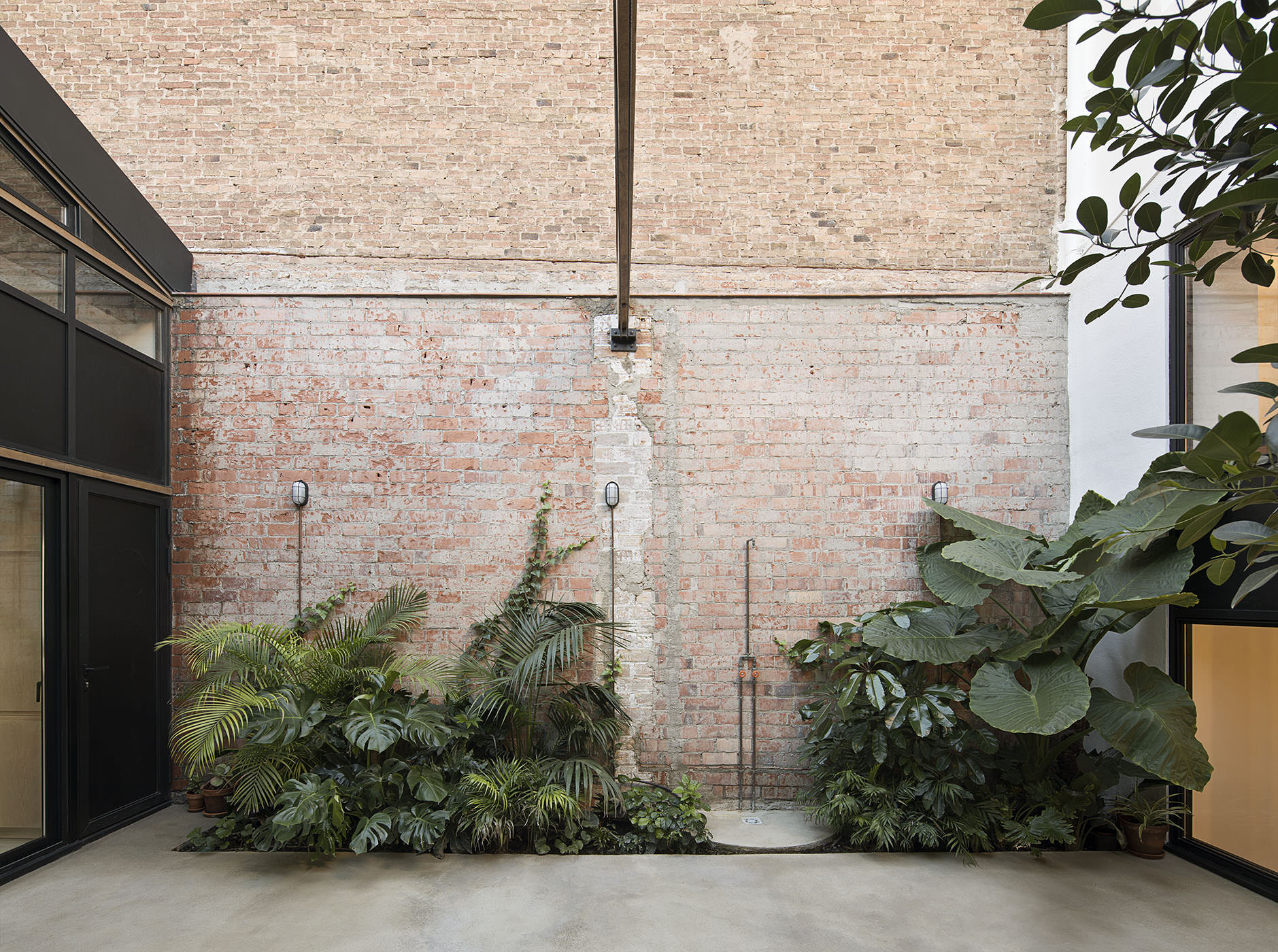 The apartment, transformed from a once-upon-a-time factory, is located in Barcelona’s Poblenou district. From the outside, it’s much like its neighbours, blending into the area’s industrial landscape with the same spatial characteristics and materials of the original building. The inside, however, is an altogether different story where the courtyard plays protagonist, distinguishing the home from the others in the neighbourhood.

The courtyard aside, the house has a particularly modern vibe, with high ceilings and glass walls. The spaces are sparsely furnished—compensated by the abundance of natural light that descends like a weightless veil over each room. 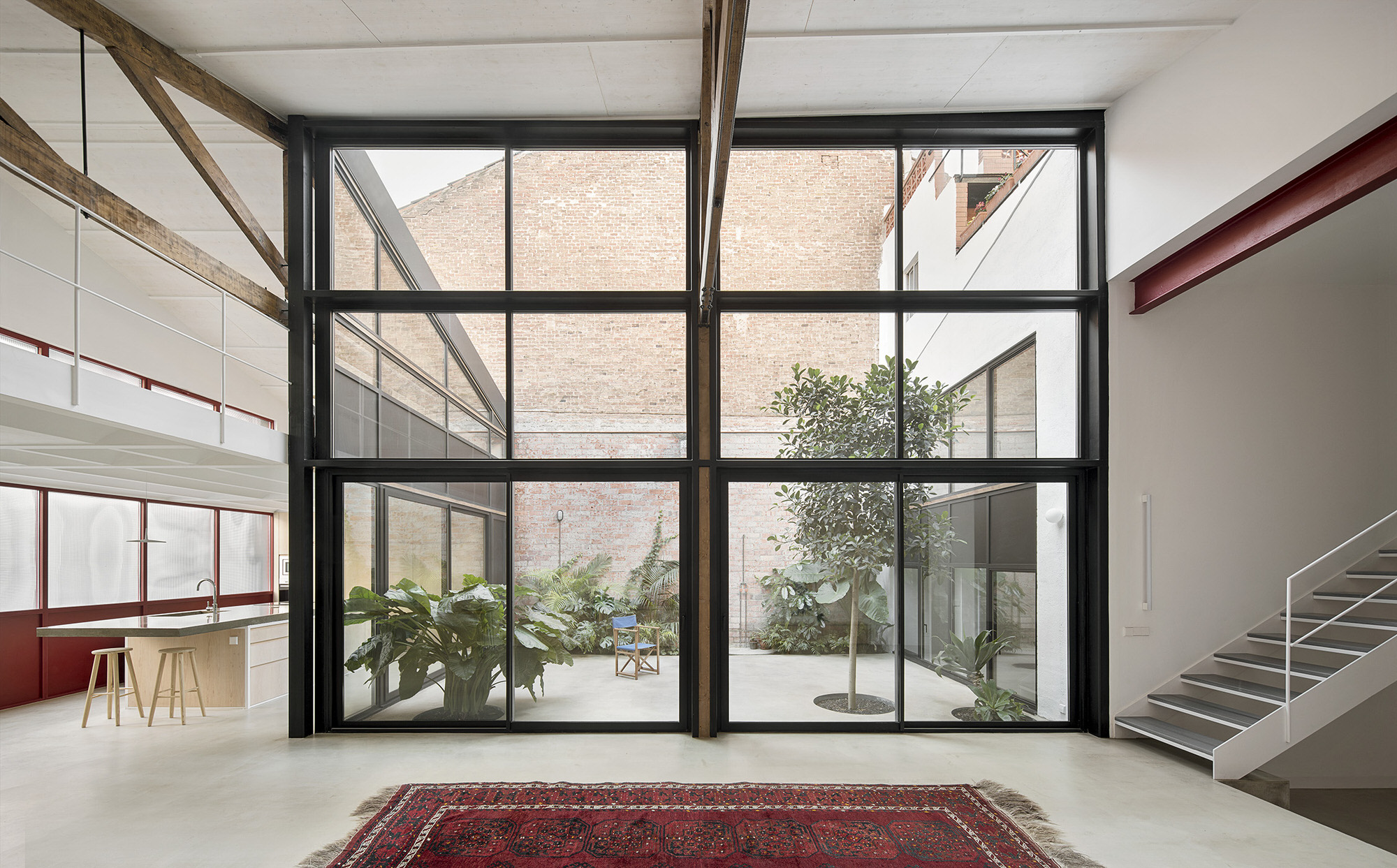 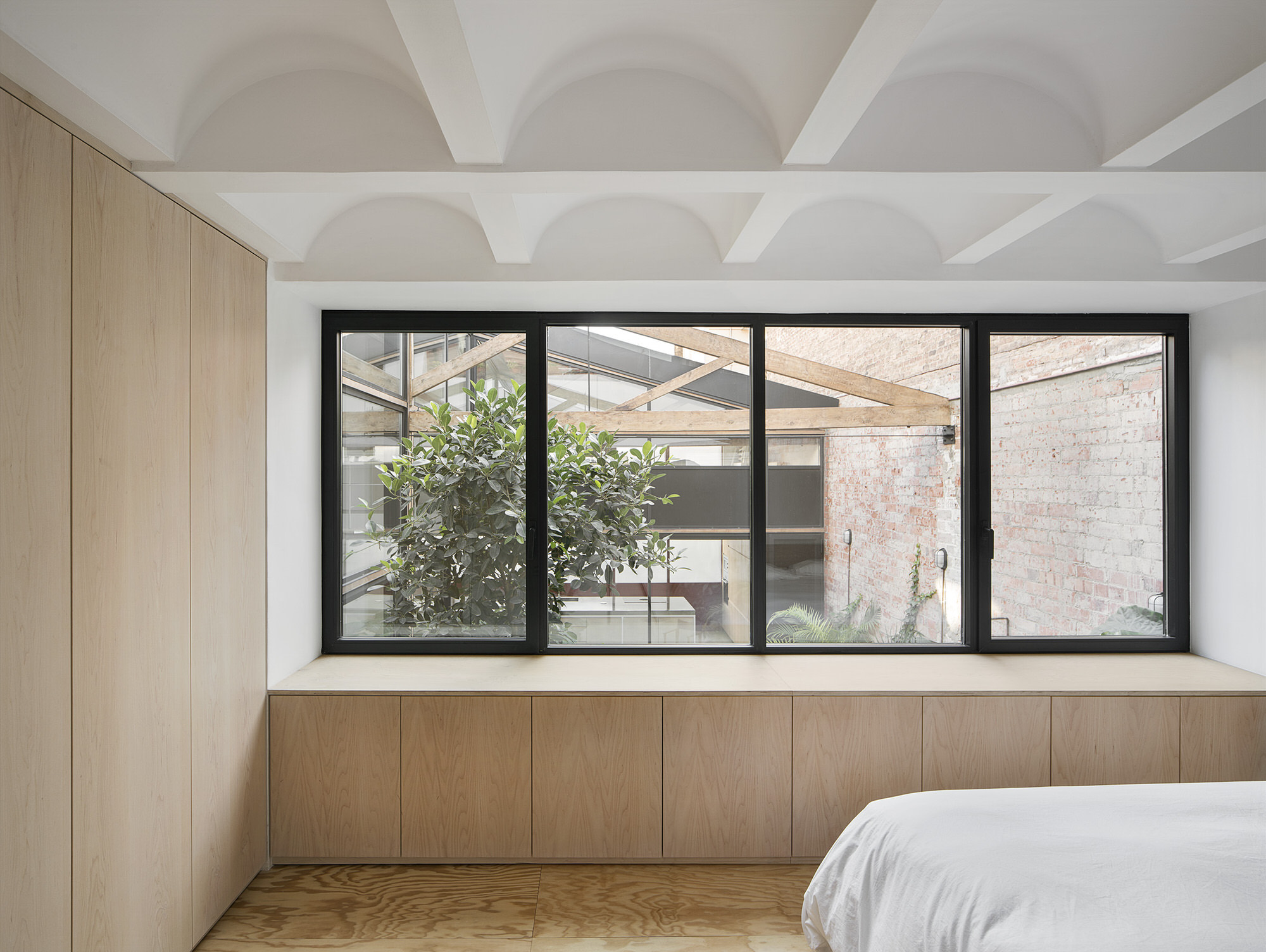 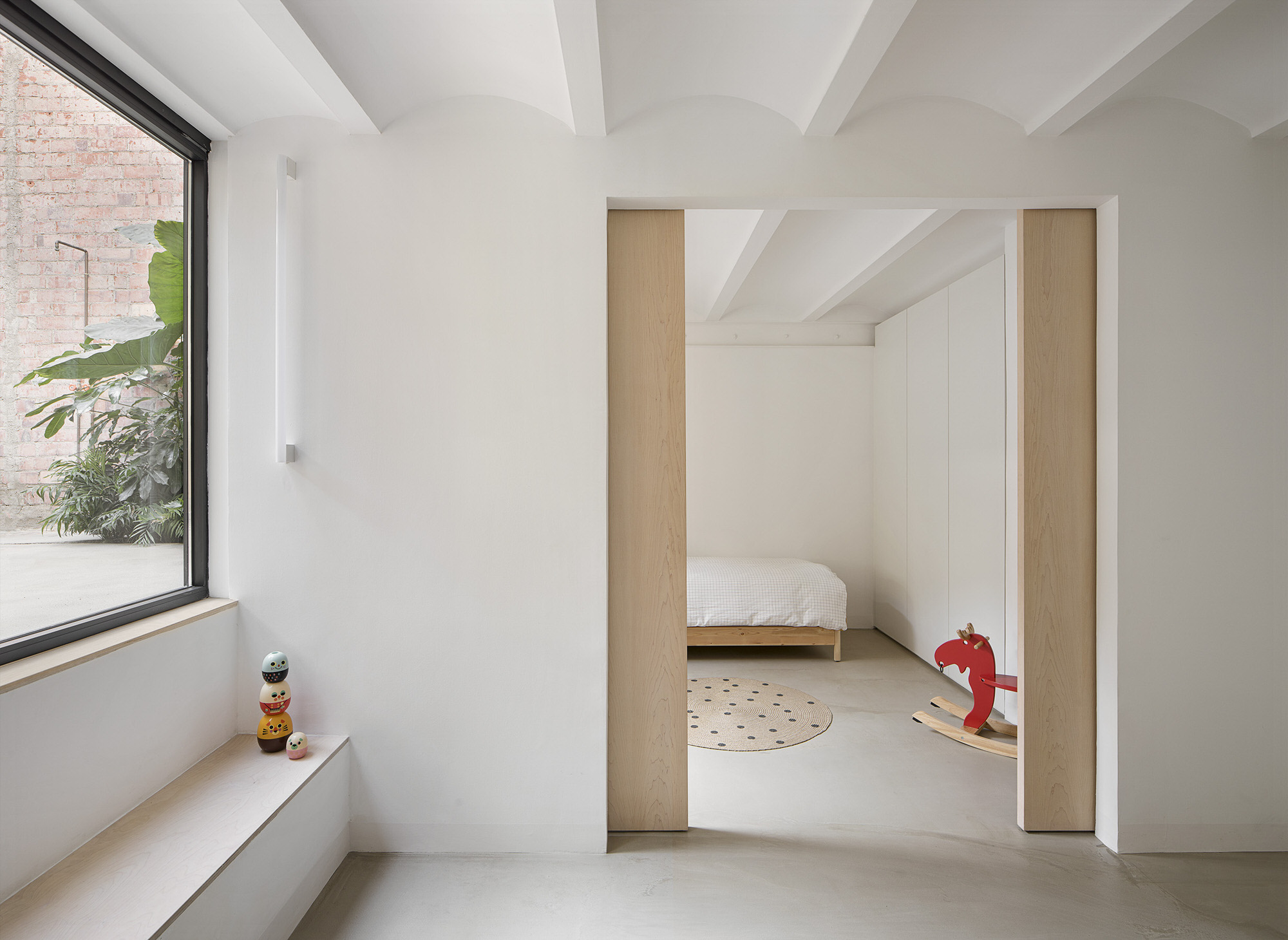 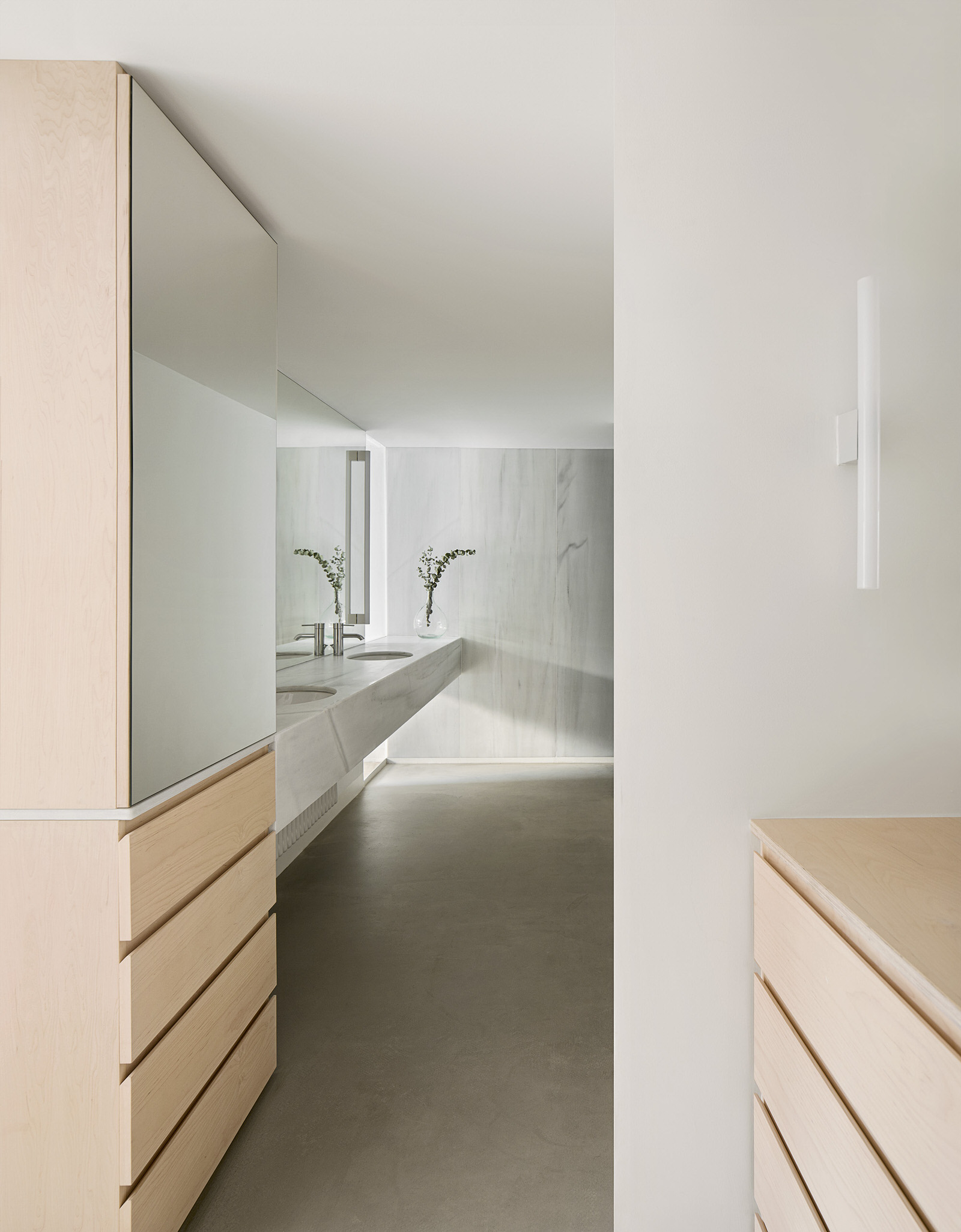 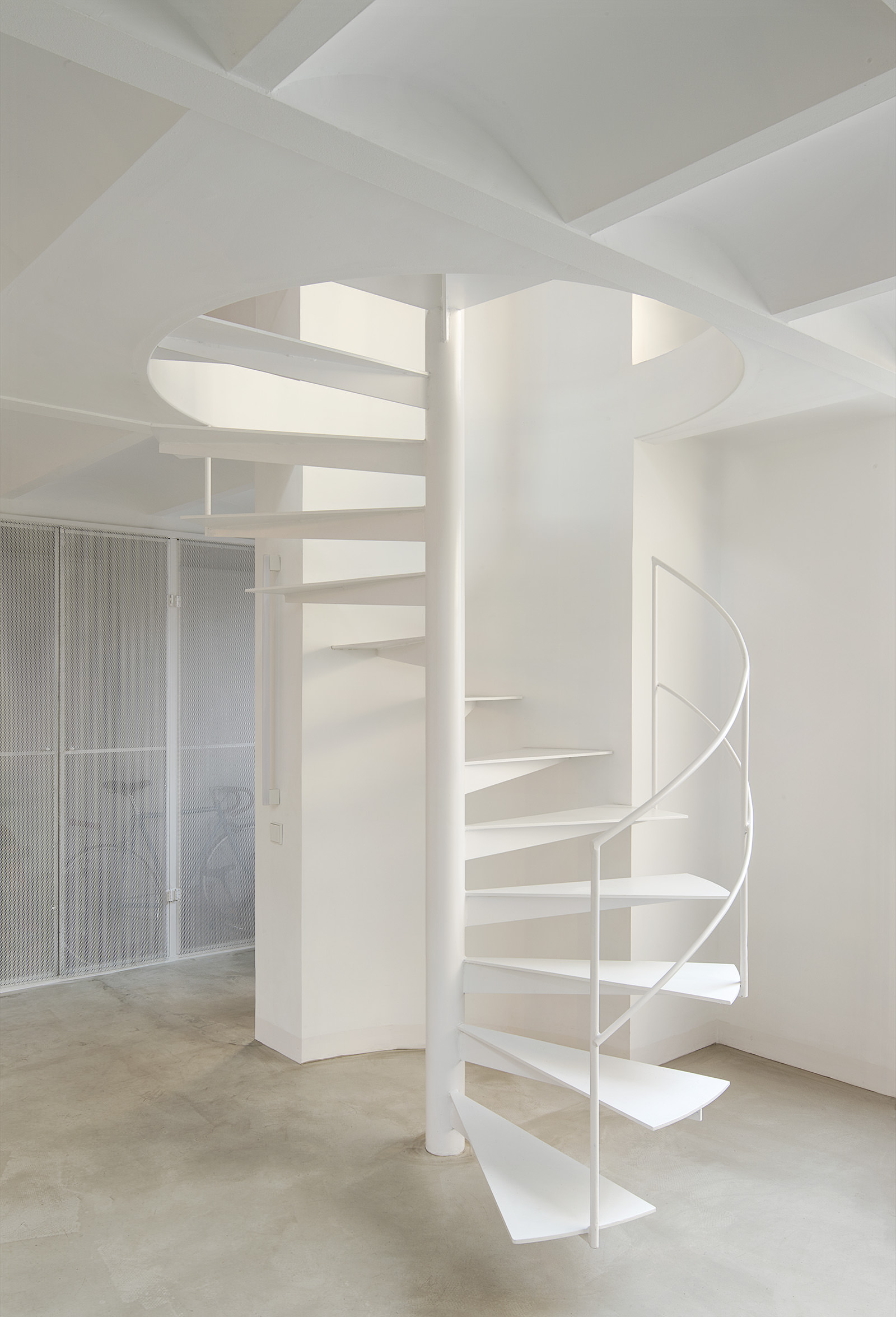 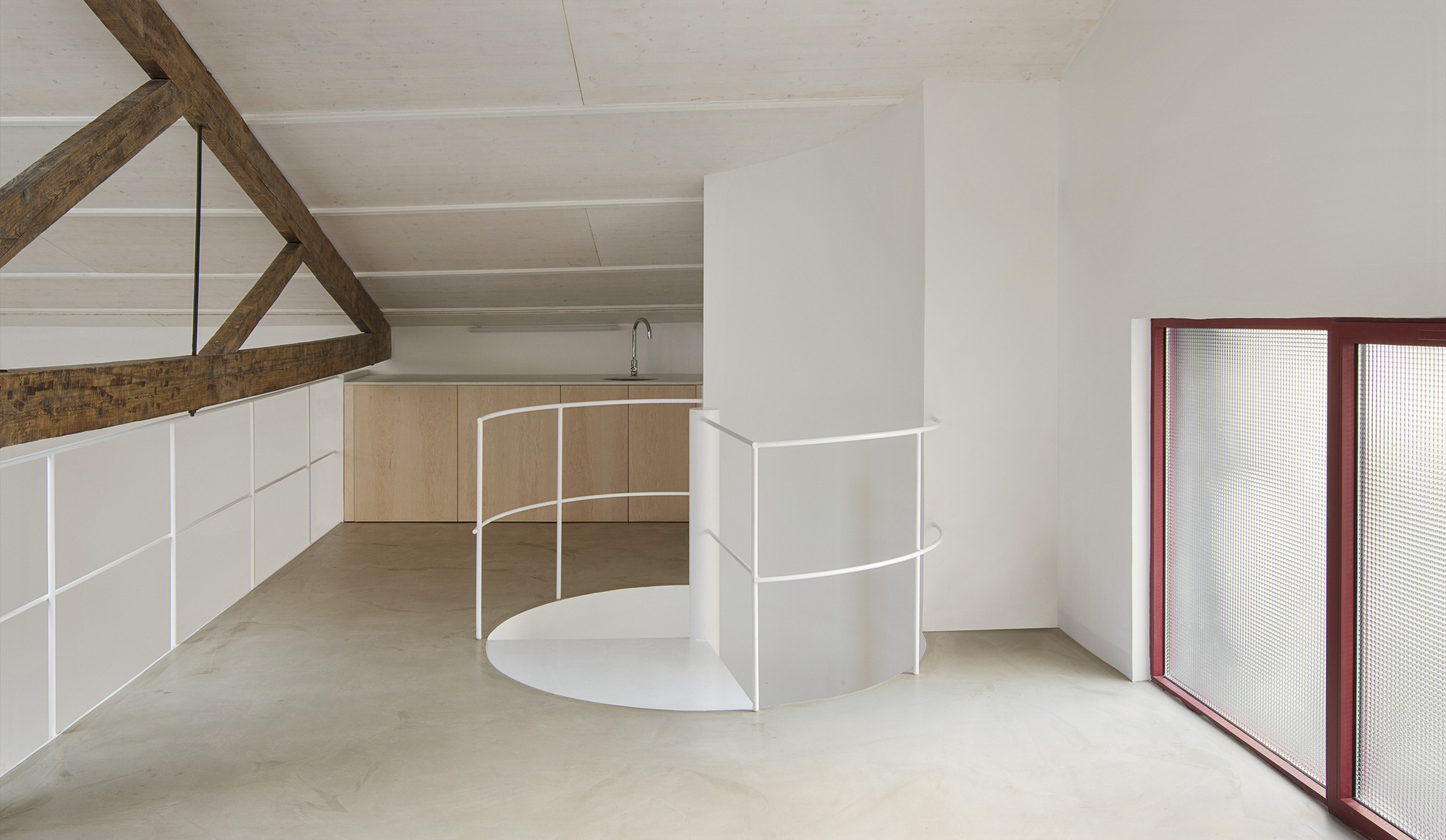 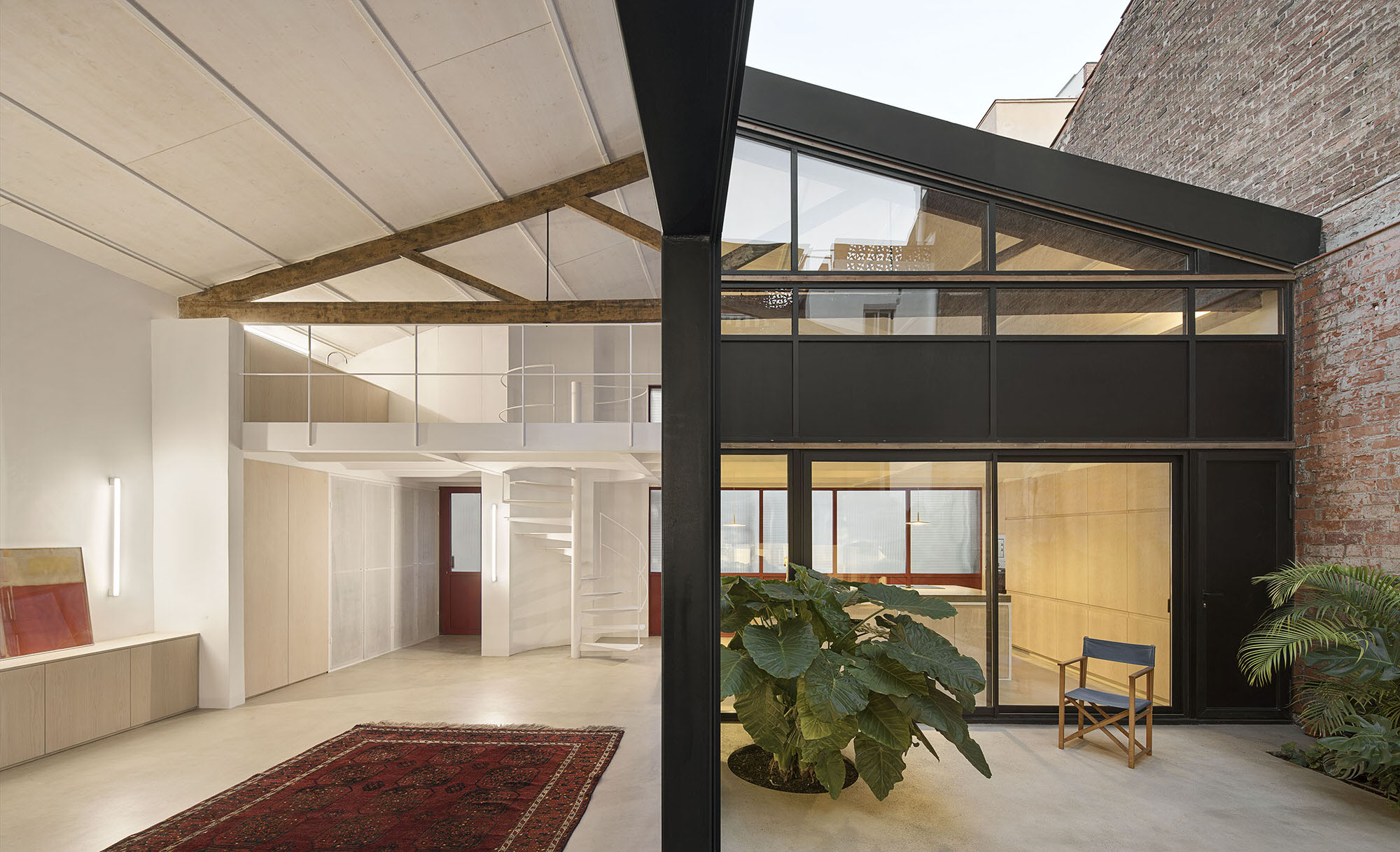 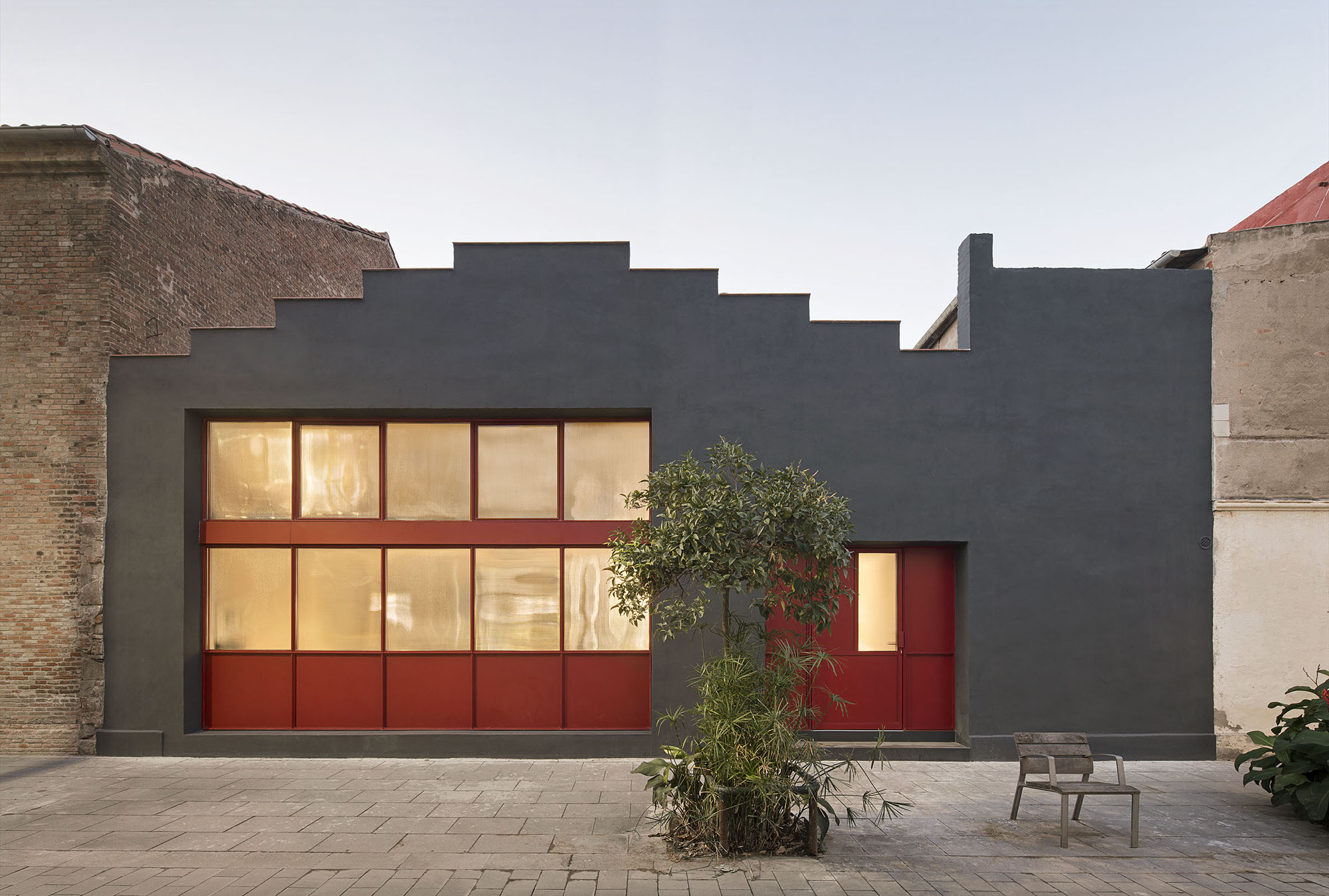 In a similar vein, the materials and colours are muted, urging the eye from one room to another in a similarly seamless manner.

The design is open and flexible, where the only private spaces are the bedrooms. “All the rooms revolve around the courtyard, which acts as the home’s core; a green oasis that brings light, ventilation and nature into the house,” say Andrea and Adrián, for whom the project, evidently, was a spiffy experiment in marrying old and new.