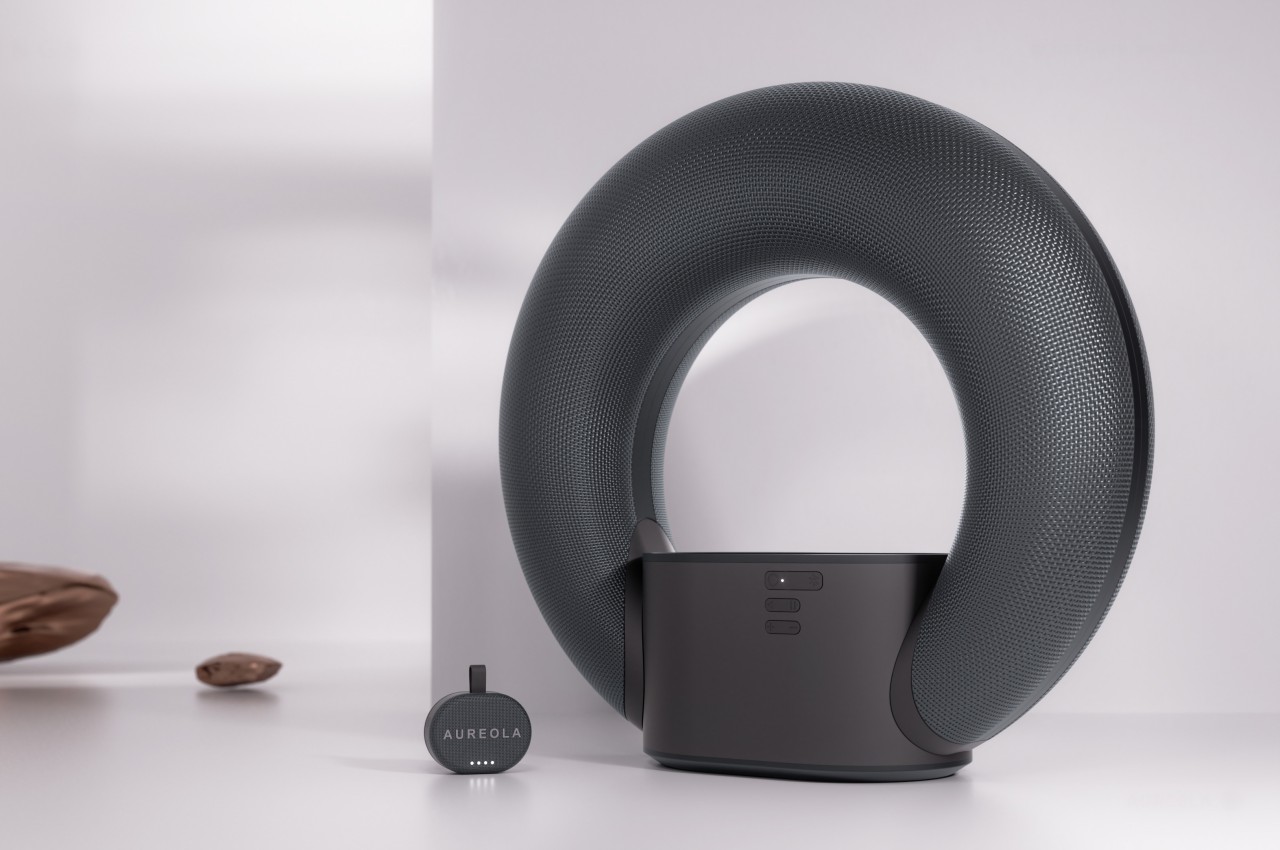 Bluetooth and wireless speakers are all the rage these days, coming in all sorts of designs, sizes, and prices. While there is a great variety among them in terms of aesthetics, it seems that most of them fall into one of two categories. There are gorgeous speakers that improve the ambiance of your house but would probably die when used outside. And then there are those that are born to be used outdoors but don’t exactly mesh well with your interior decor with their rugged and rough aesthetic. There are, of course, a few that straddle the line between these two worlds, like this speaker design concept that is a work of art indoors and a handy portable speaker outdoors. 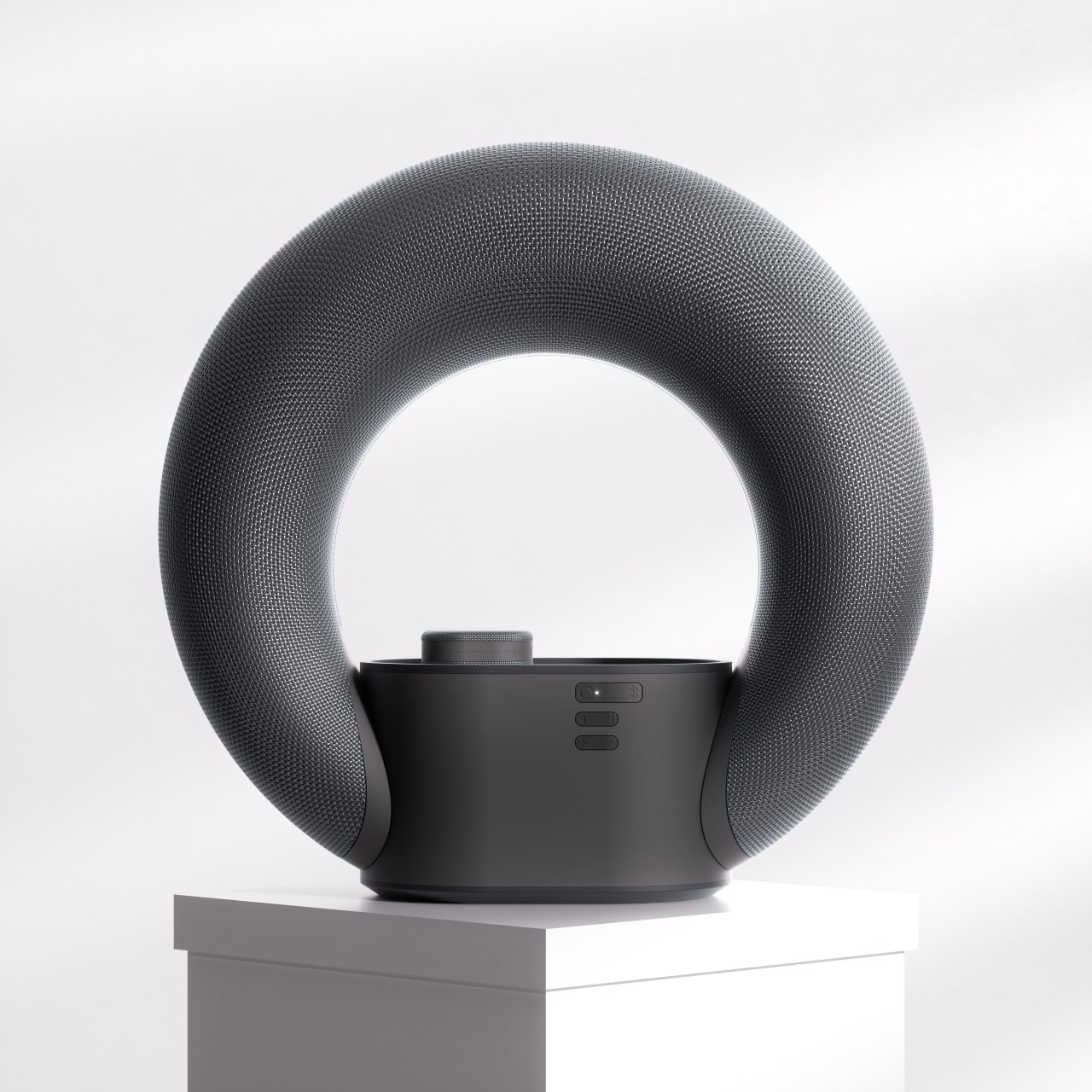 There seem to be two separate and almost mutually exclusive sets of requirements for outdoor and indoor wireless speakers. Those that are meant to stay inside are often big, eye-catching, and sometimes even imposing, while portable speakers, by necessity, are smaller and designed to be more durable. Some properties, like omnidirectional speakers, can apply to both types, though blasting audio at 360 degrees might make less sense outdoors where there are no walls to bounce the waves off. 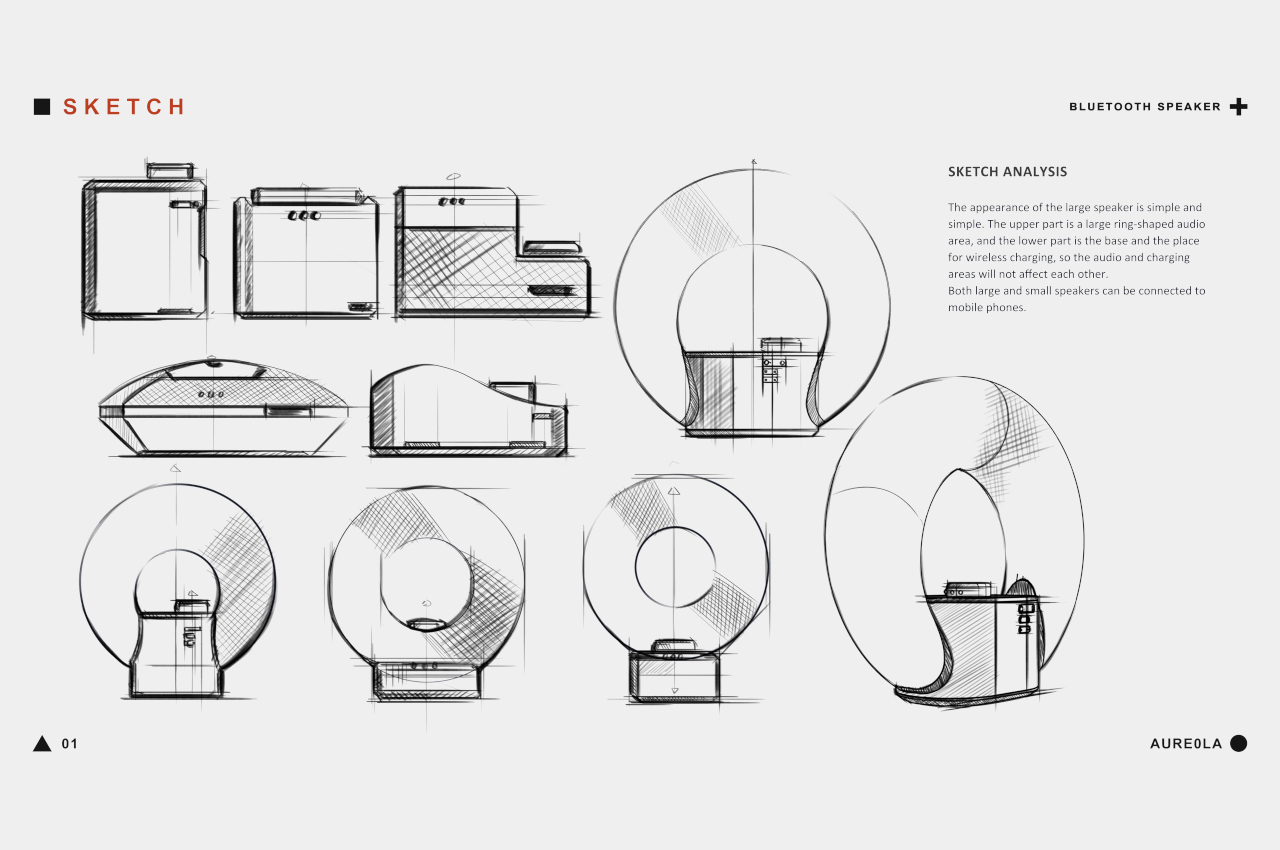 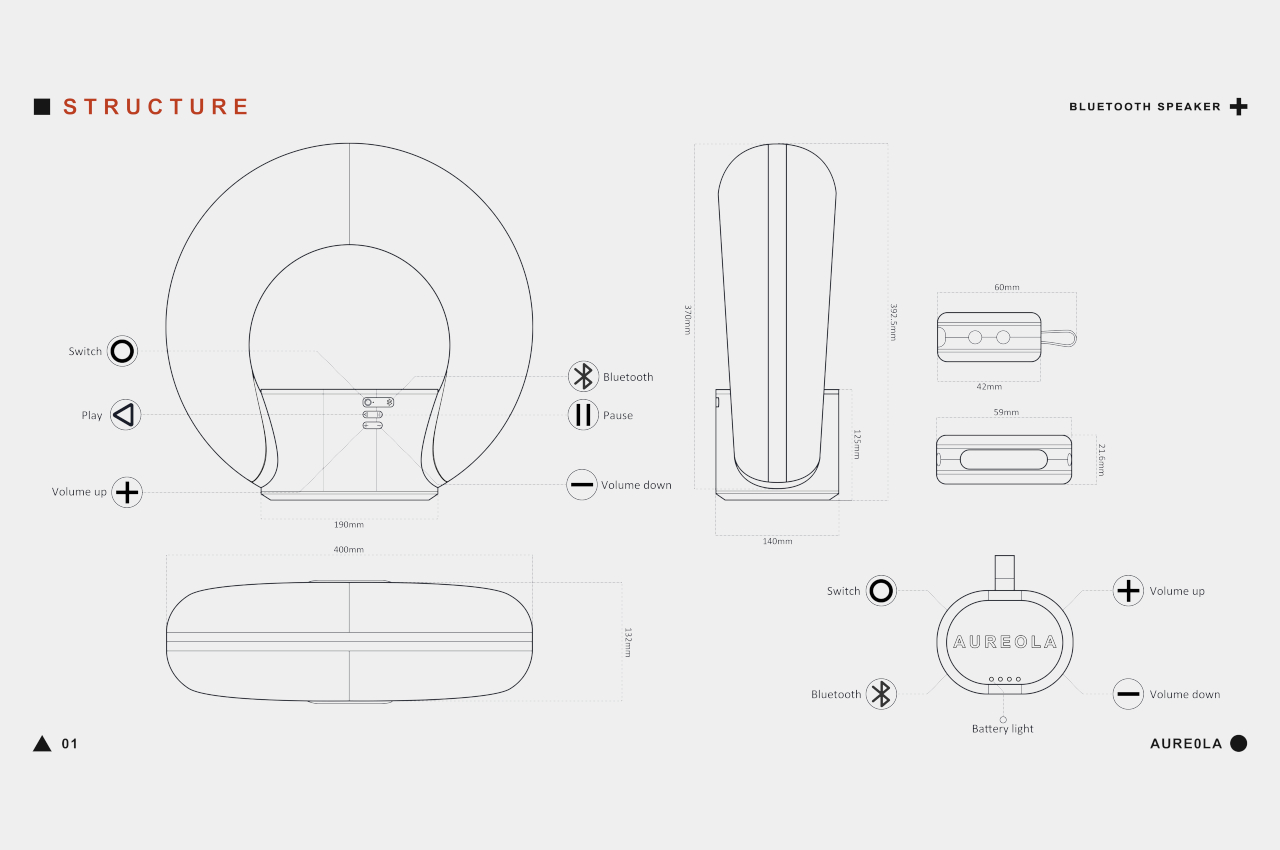 It is difficult for a single speaker to have all these traits, not to mention that it is expensive to implement and manufacture. The AUREOLA wireless speaker concept design sort of sidesteps this problem by actually having two parts, each designed for a different environment. The portable outdoor speaker part is barely bigger than a smartphone and sits on the larger part’s base, which also serves as a wireless charging pad for both the speaker and other devices. 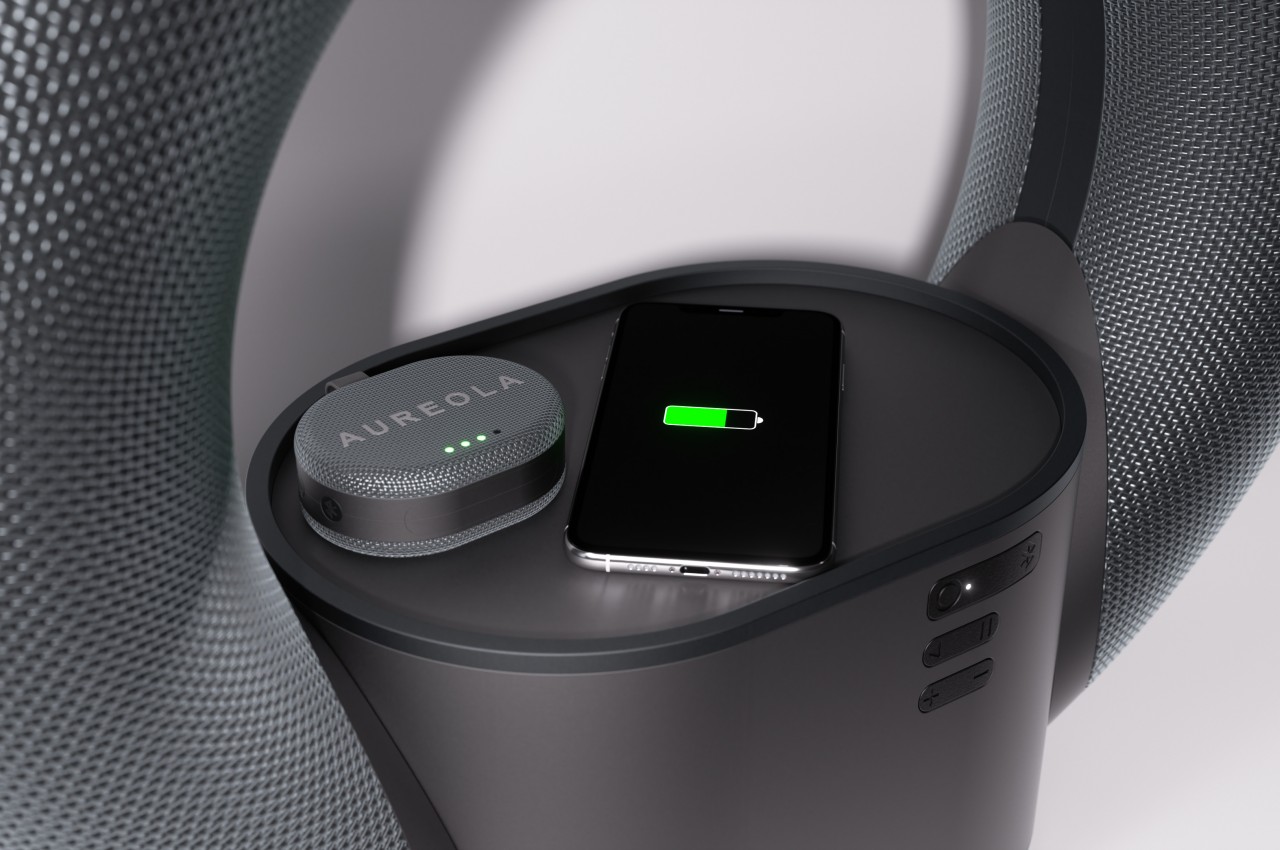 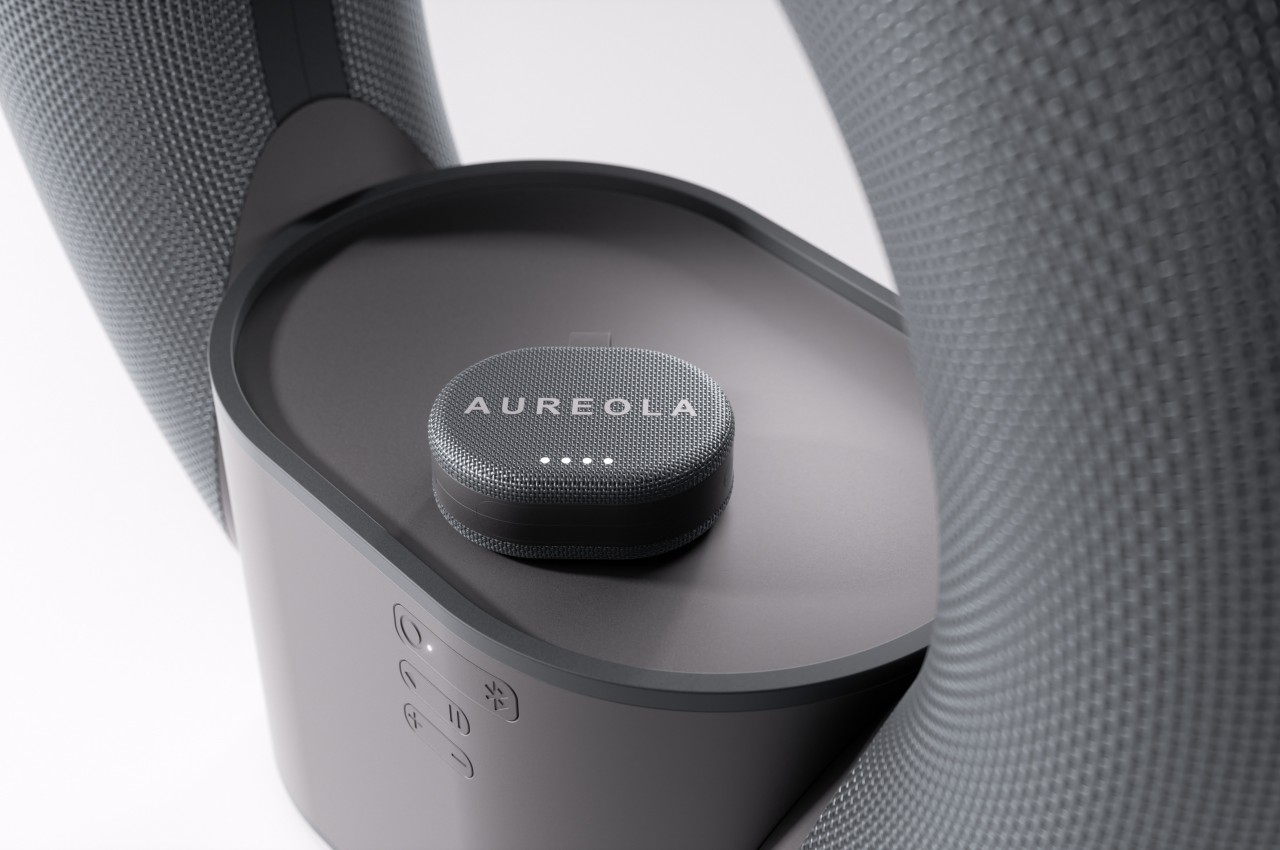 While the portable part of the speaker is almost negligible in size and appearance, the indoor part is undoubtedly the main attraction. A large ring rises from the base, providing the omnidirectional sound source as well as the AUREOLA’s source of character. It is clearly a speaker that was designed to grab people’s attention through its sheer size and artistic form. In different colors, it can easily blend with your room’s design, becoming the visual and aural focus of the space. 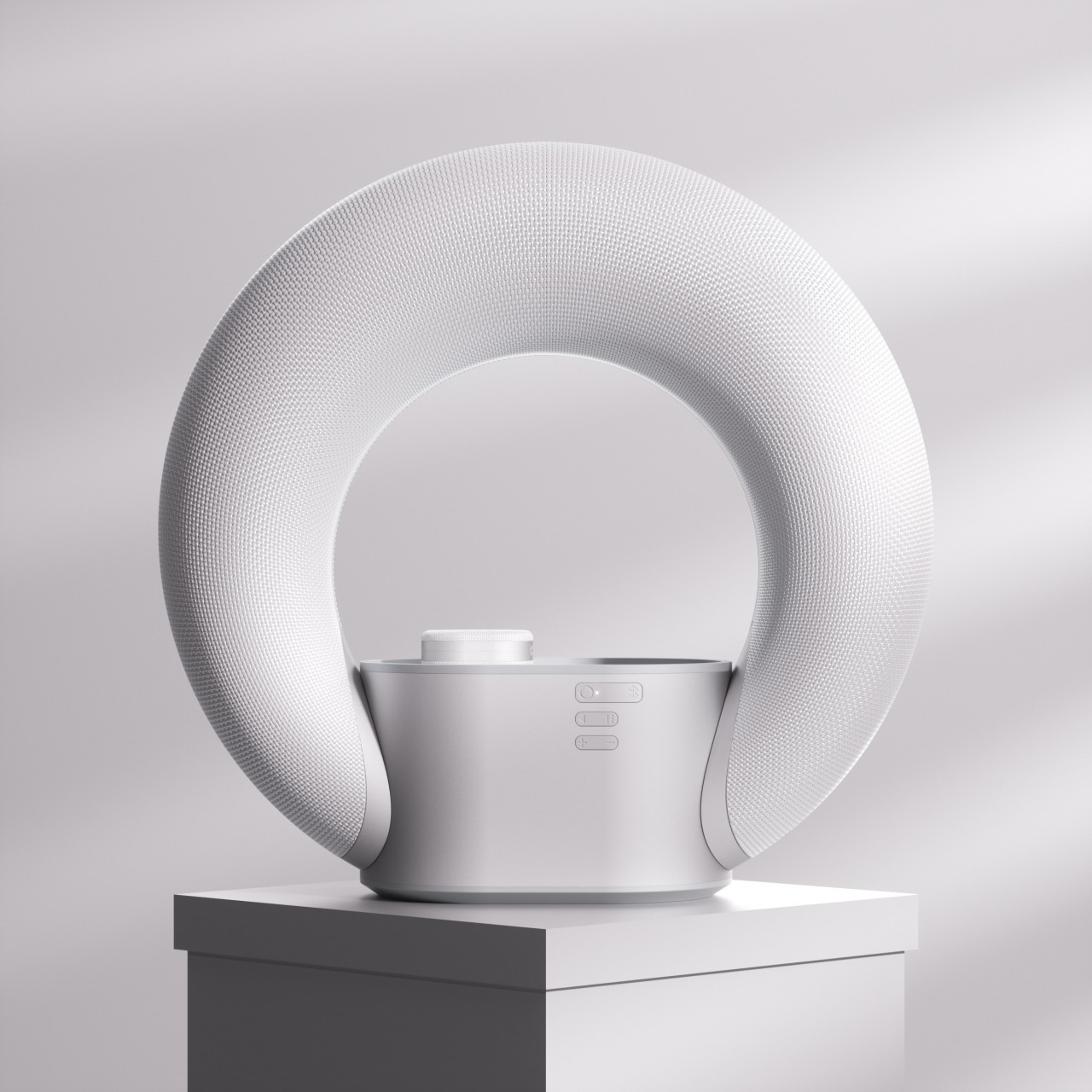 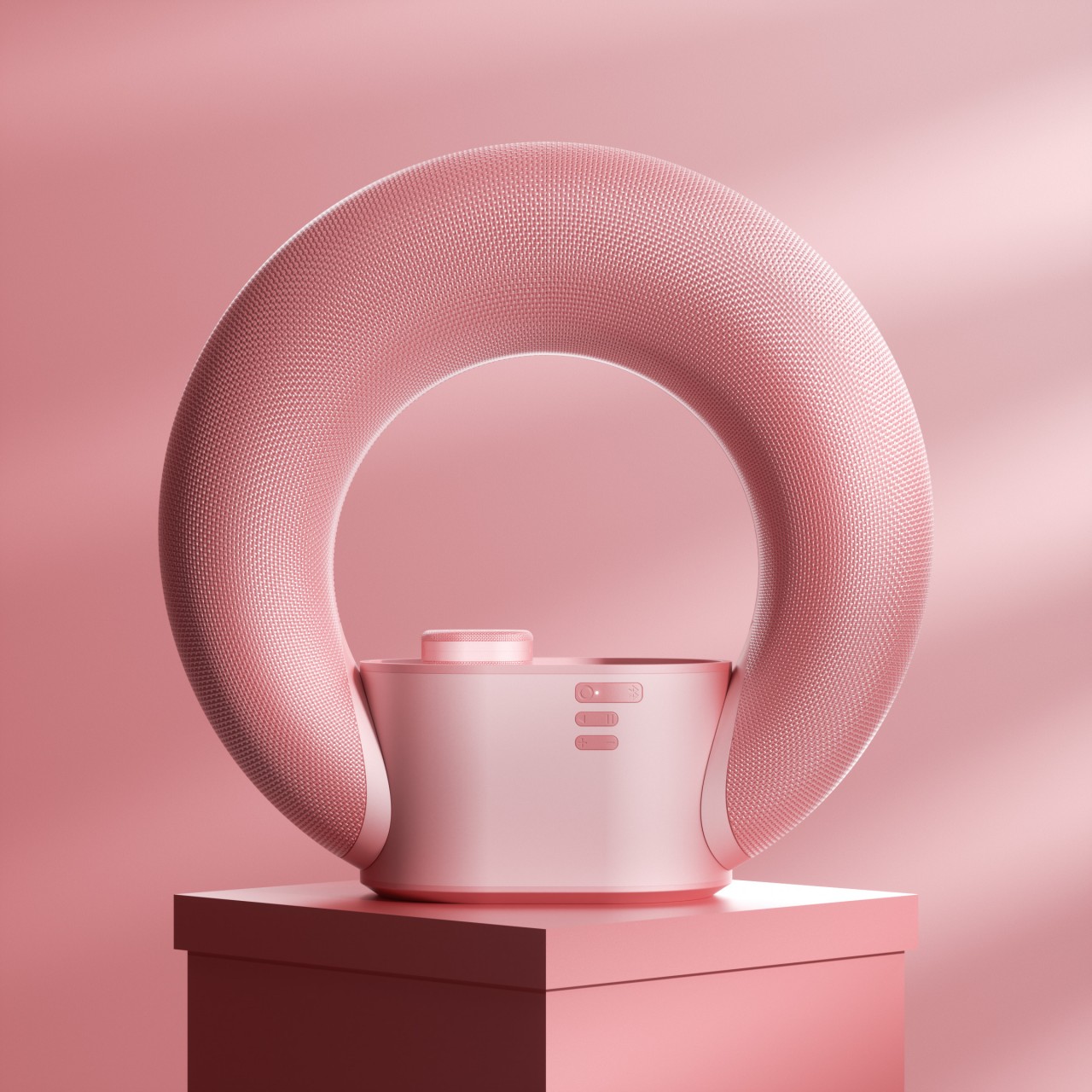 While the speaker’s design is elegant and its concept intriguing, the concept still leaves plenty of questions unanswered. The most important is how the two parts can actually be considered a whole when they’re together. It seems as if the two are only related by design and operate independently of each other, making them just members of a set rather than two parts of a whole. Then again, it might not be that hard to think of ways to make it happen, like how the smaller speaker is actually the brains behind the AUREOLA’s functions. It’s definitely an avenue worth pursuing, if only for the sake of seeing such a striking speaker become a reality. 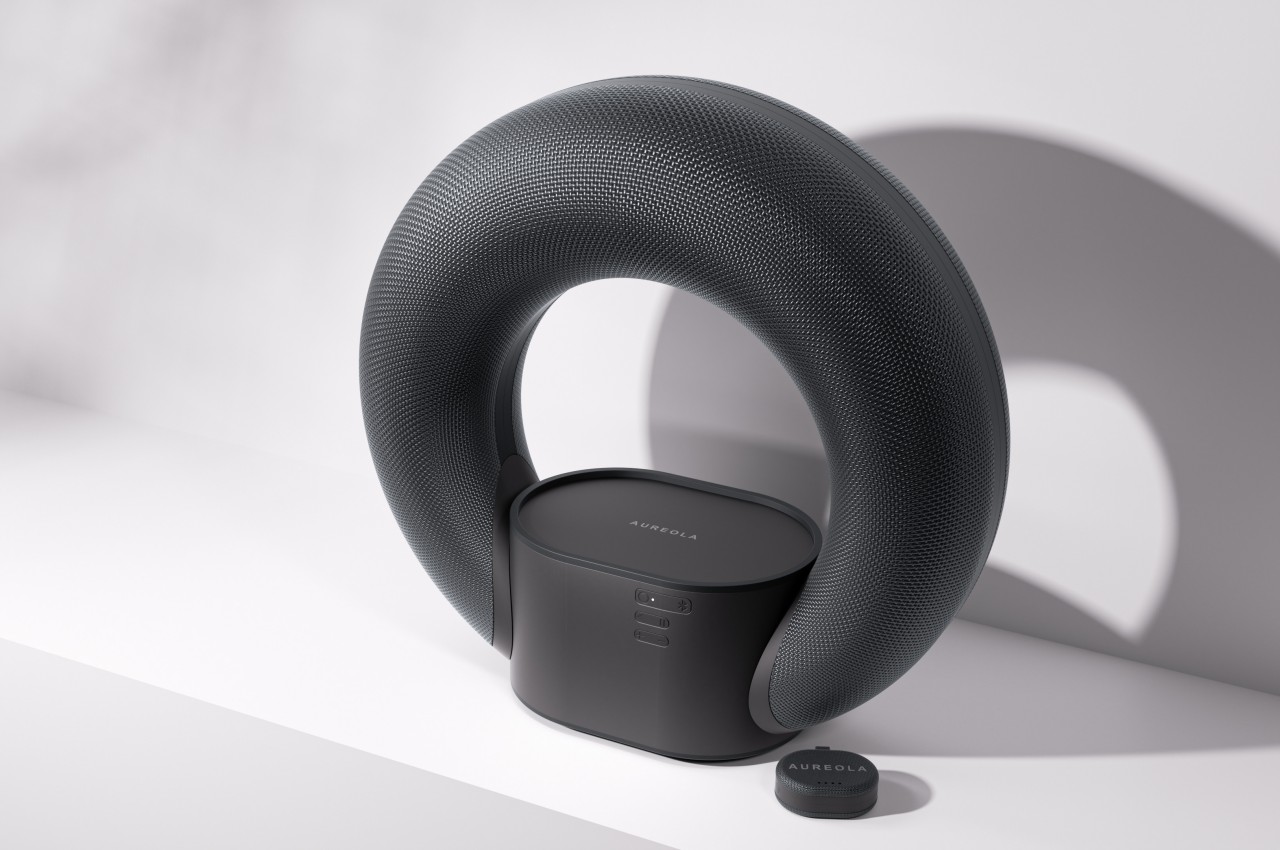 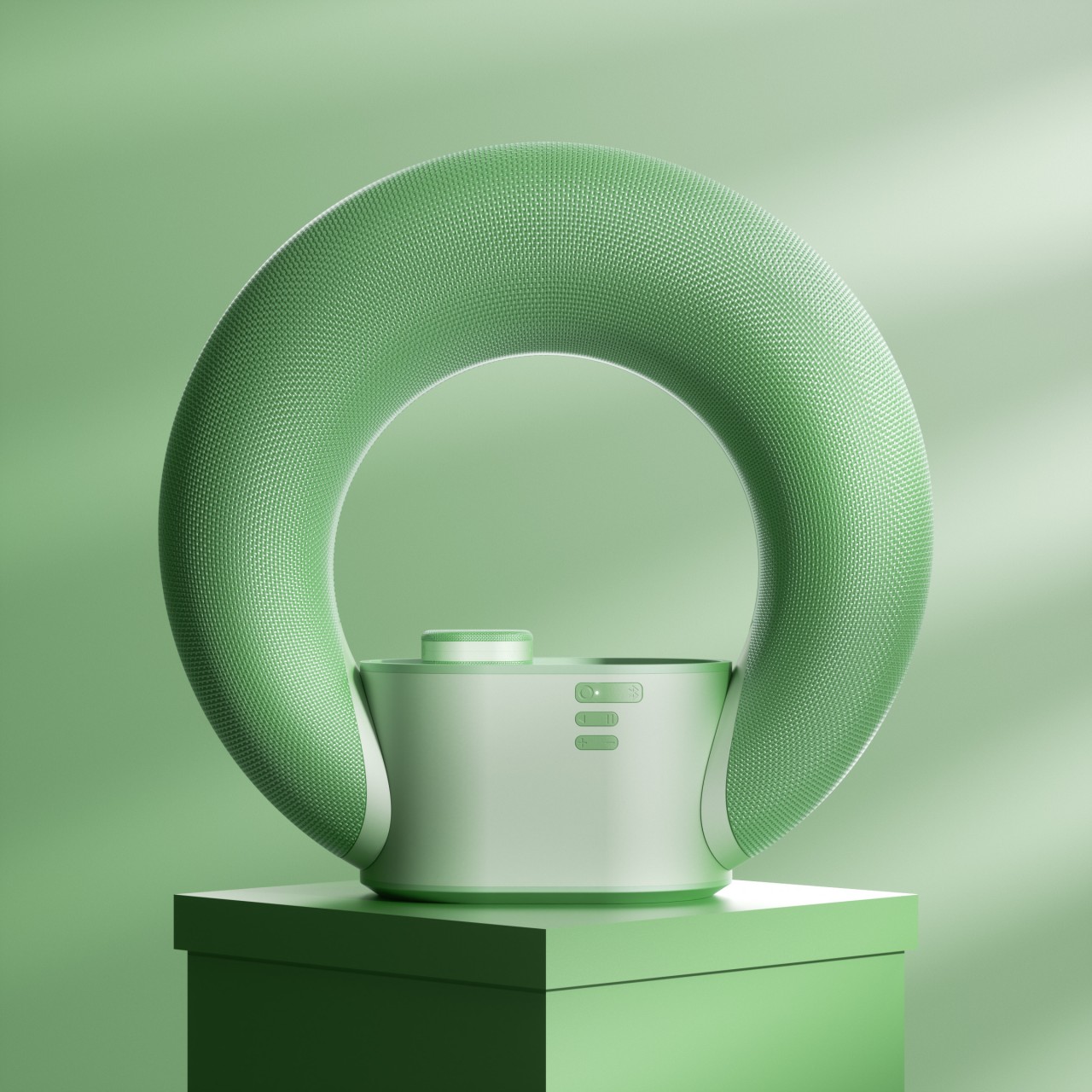 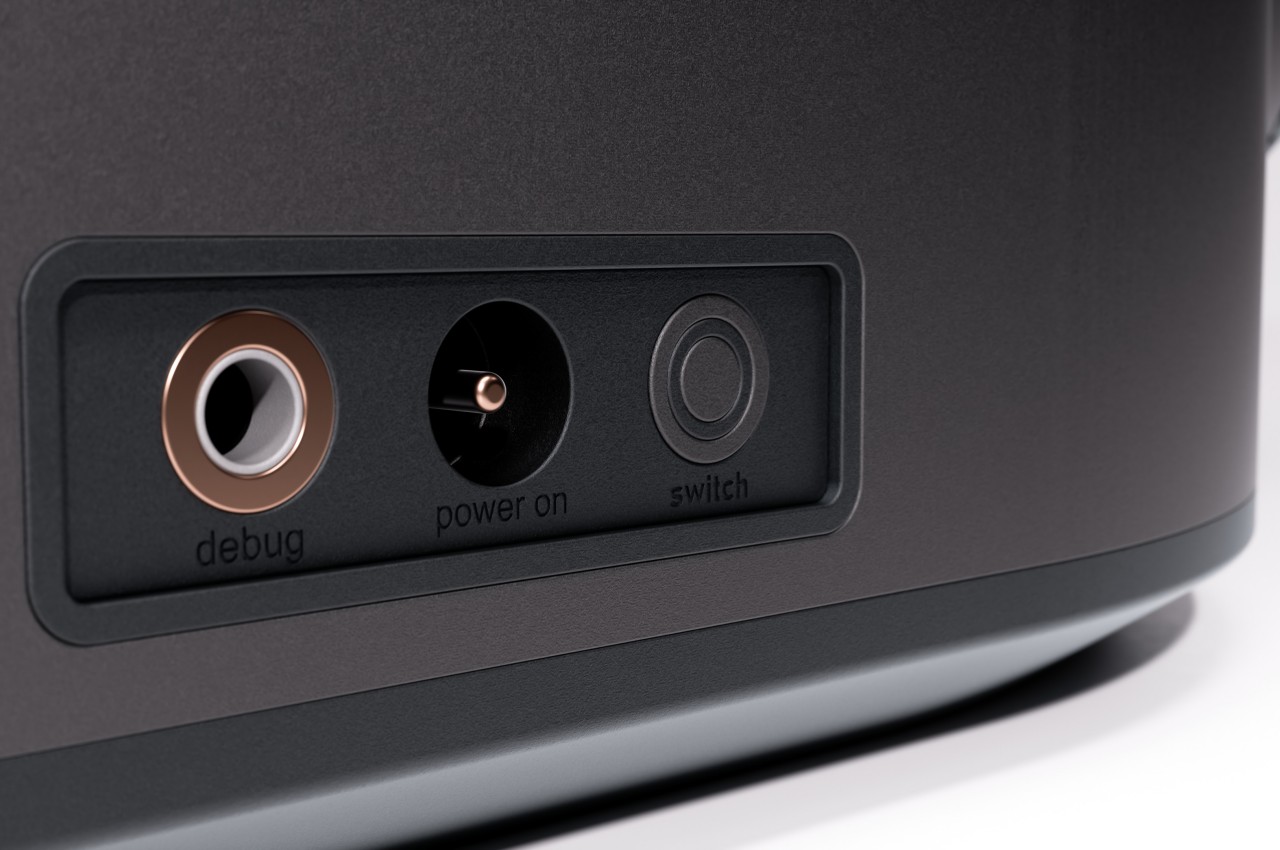 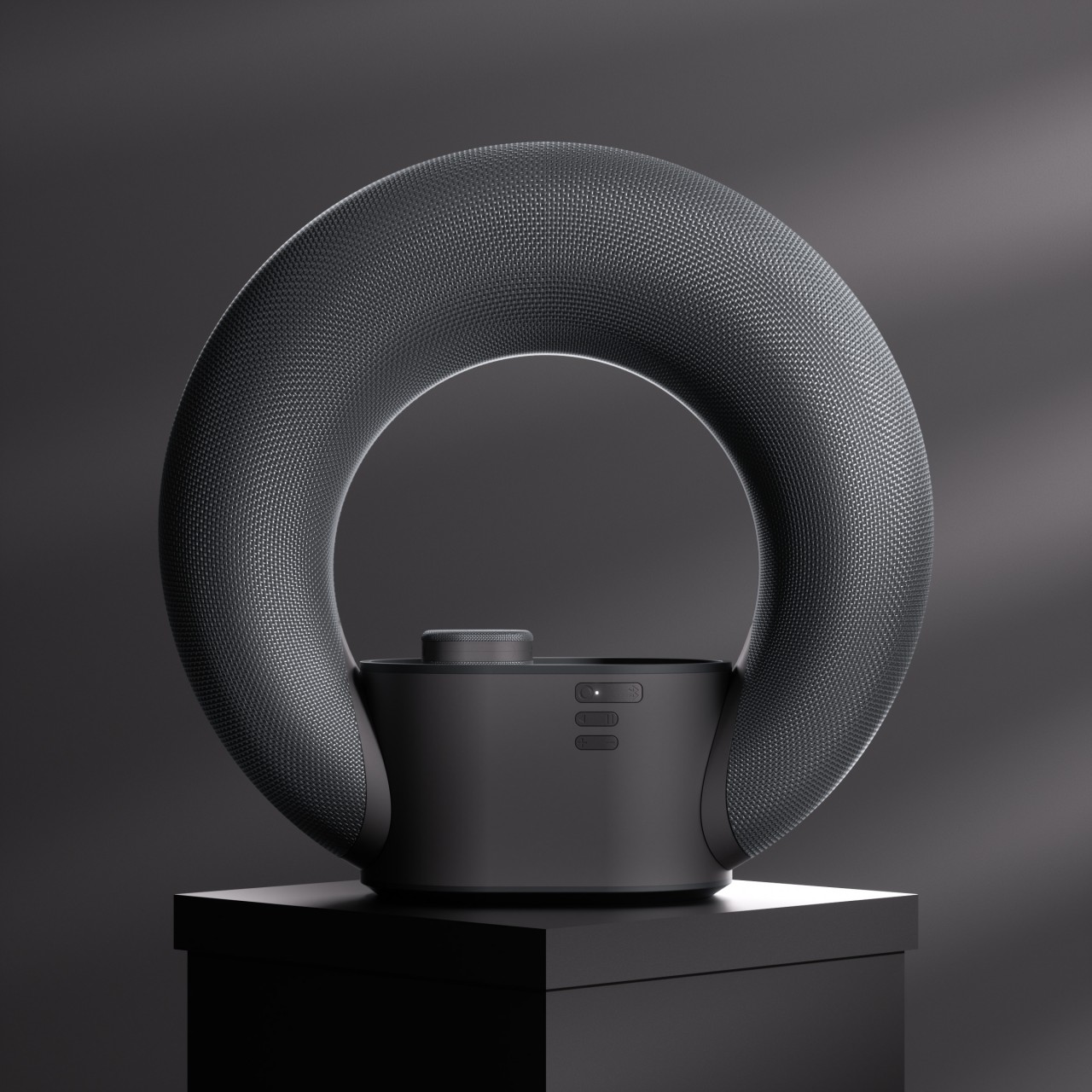