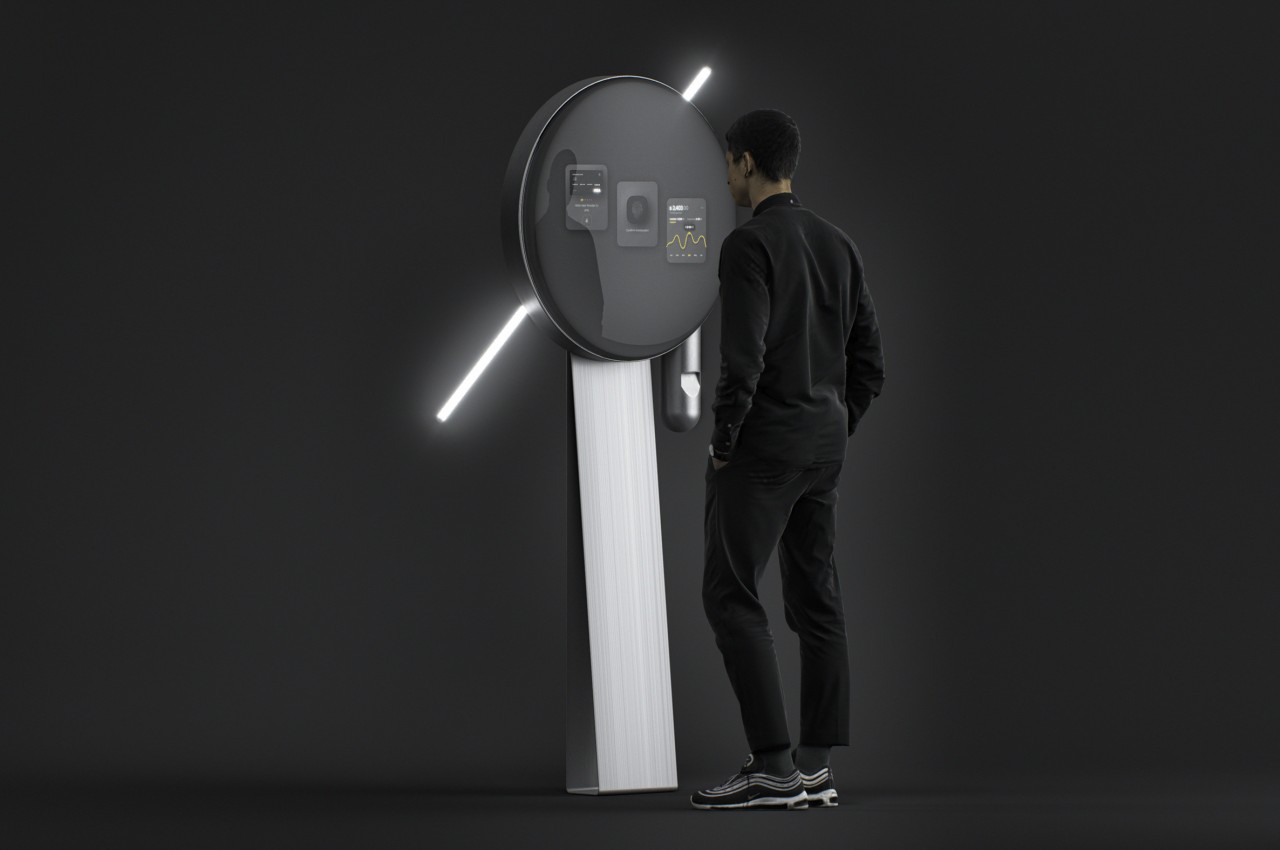 The past two years really tested the systems we had in place, especially when it came to face-to-face interactions. Work that bosses said couldn’t be done at home was successfully accomplished at home, and transactions that used to be done on-site started to be handled online. There was also a trend in reducing the need for close contact to avoid the risks of transmitting airborne diseases, some of which may have proved to be more efficient after all. Those included processes like checking into hotels and restaurants, activities that could probably be done more efficiently with an automated system like this futuristic-looking screen that could be how the likes of Airbnb will do business someday. 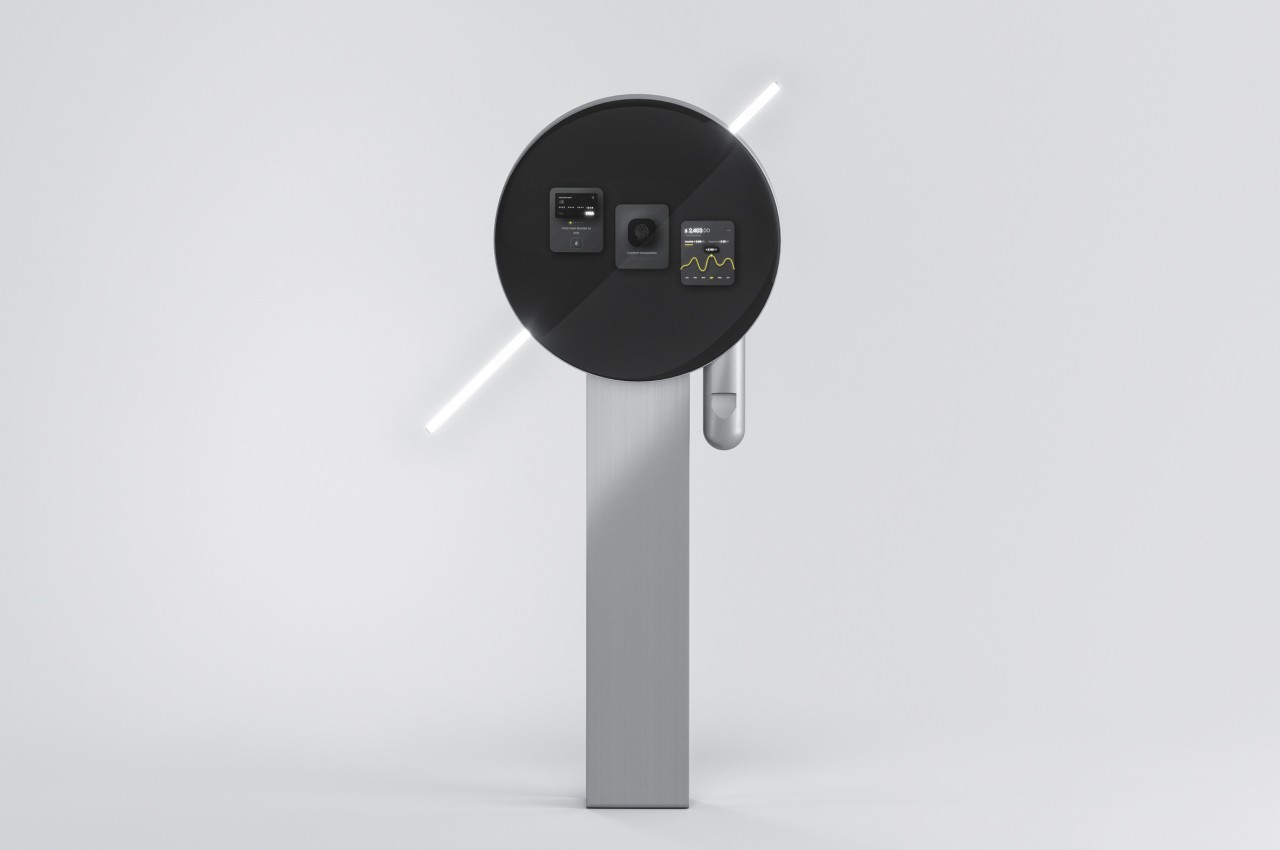 Many futurists and visionaries paint the picture of a world filled with screens, most of them touch-enabled, that put almost everything that we need under our fingertips, figuratively and literally. Most of these seem to revolve around personal matters, like checking social media, working at the office, and similar. Of course, in such a future, even transactions like ordering food inside restaurants could be screen-centric, something that some venues are already adopting little by little today. 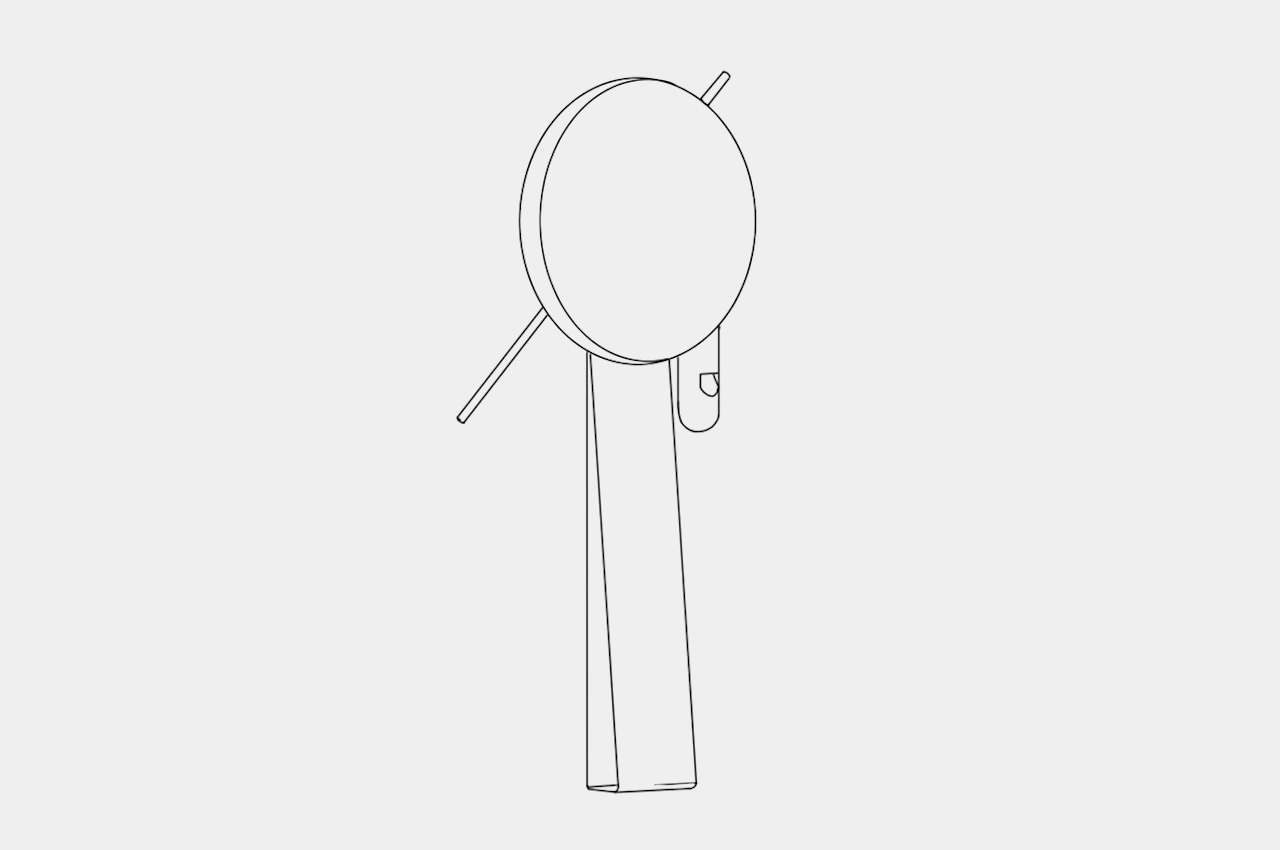 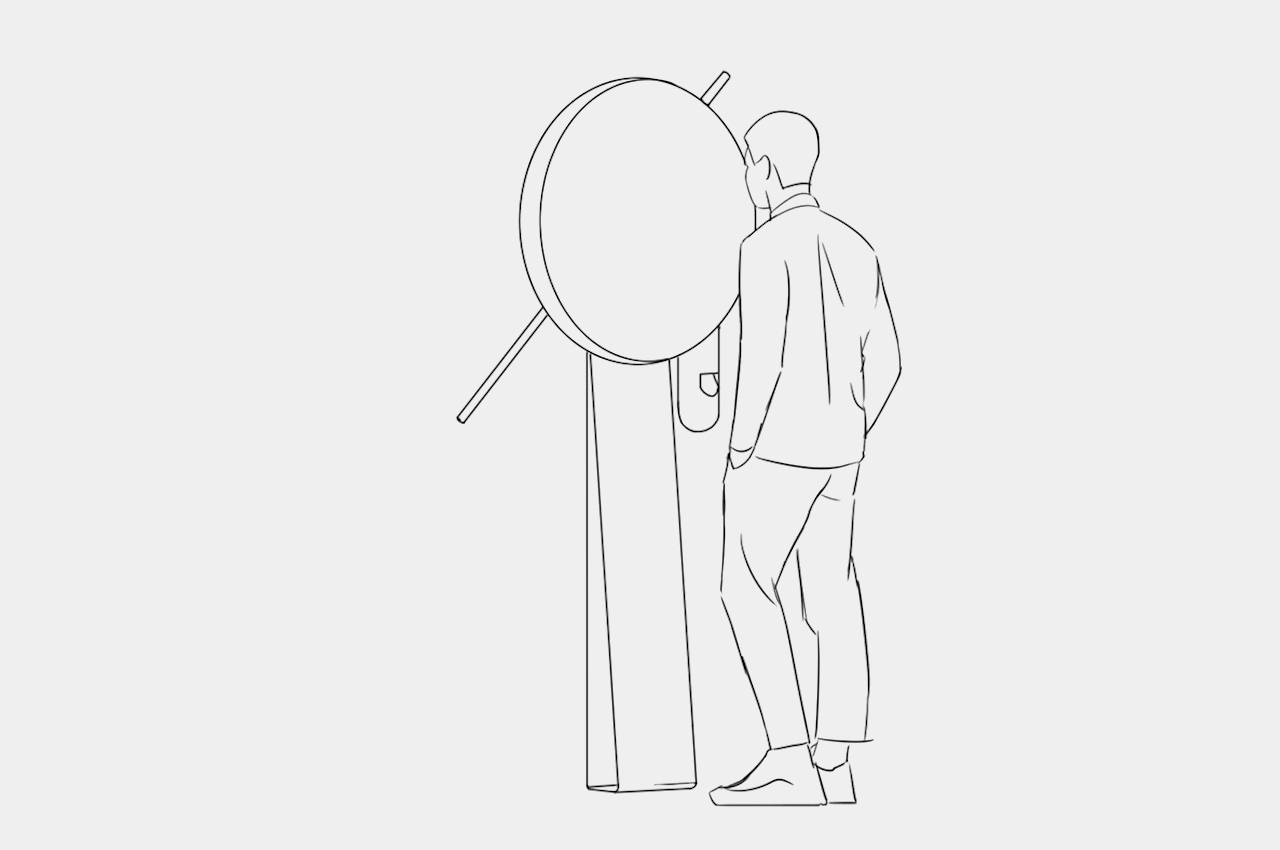 This concept puts that same screen-based interaction in the hospitality business, particularly as part of the hotel concierge. The idea is for guests to check themselves in using an easy-to-use interface on a large circular screen. The machine is quite stylish and would look at home in high-class hotels. A rod lamp “goes through” the display at an angle, providing not only illumination but also an interesting visual as well. It would use face recognition to verify the identity of guests and dispense access cards from a cylinder hanging from the side of the display. 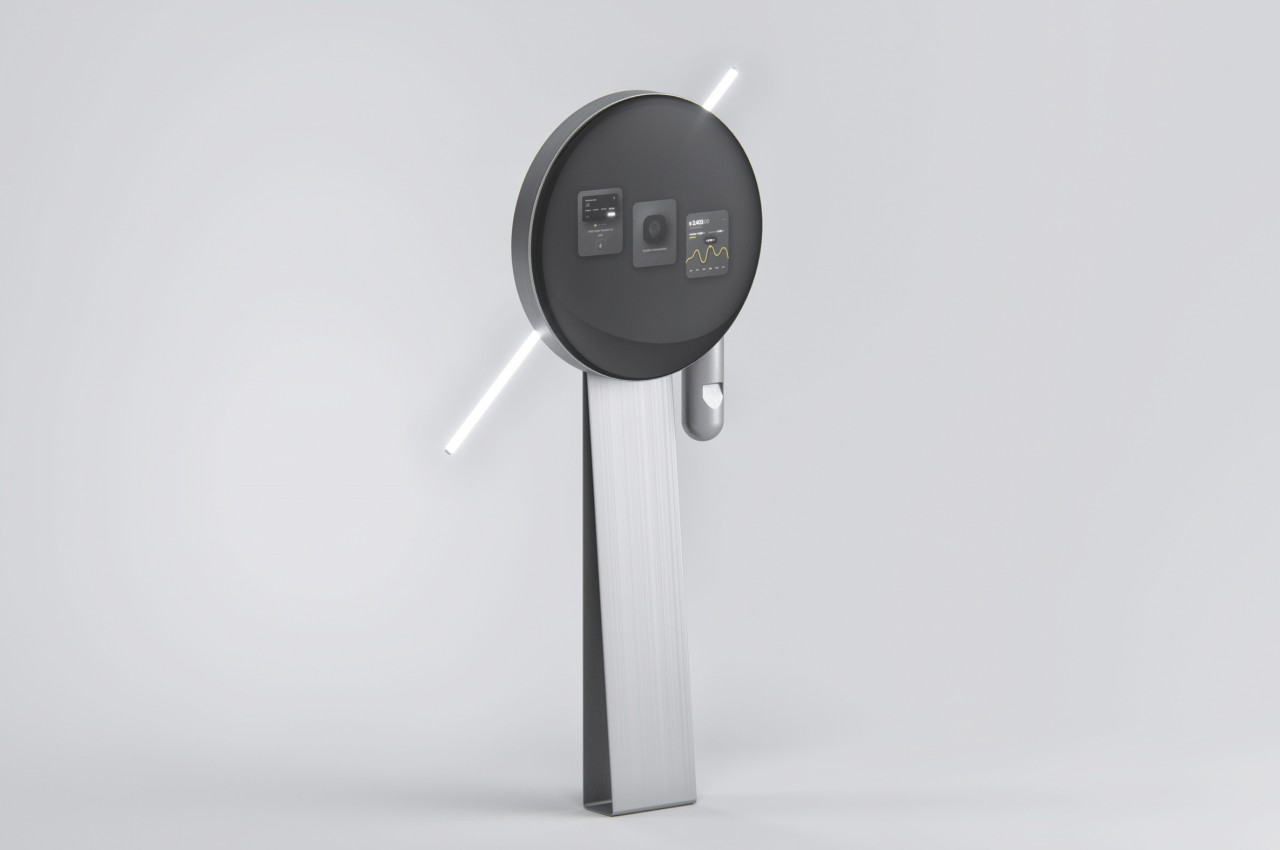 This kind of concierge would probably be more applicable to services like Airbnb rather than large hotel chains with very precise systems and processes in place. Smaller businesses might not have enough resources and manpower to offer the same kind of experience that big hotels can, so such a machine could save them money over time. It also reduces the risks involved in having to meet people, providing some sense of security and privacy that is absent from home rental services. 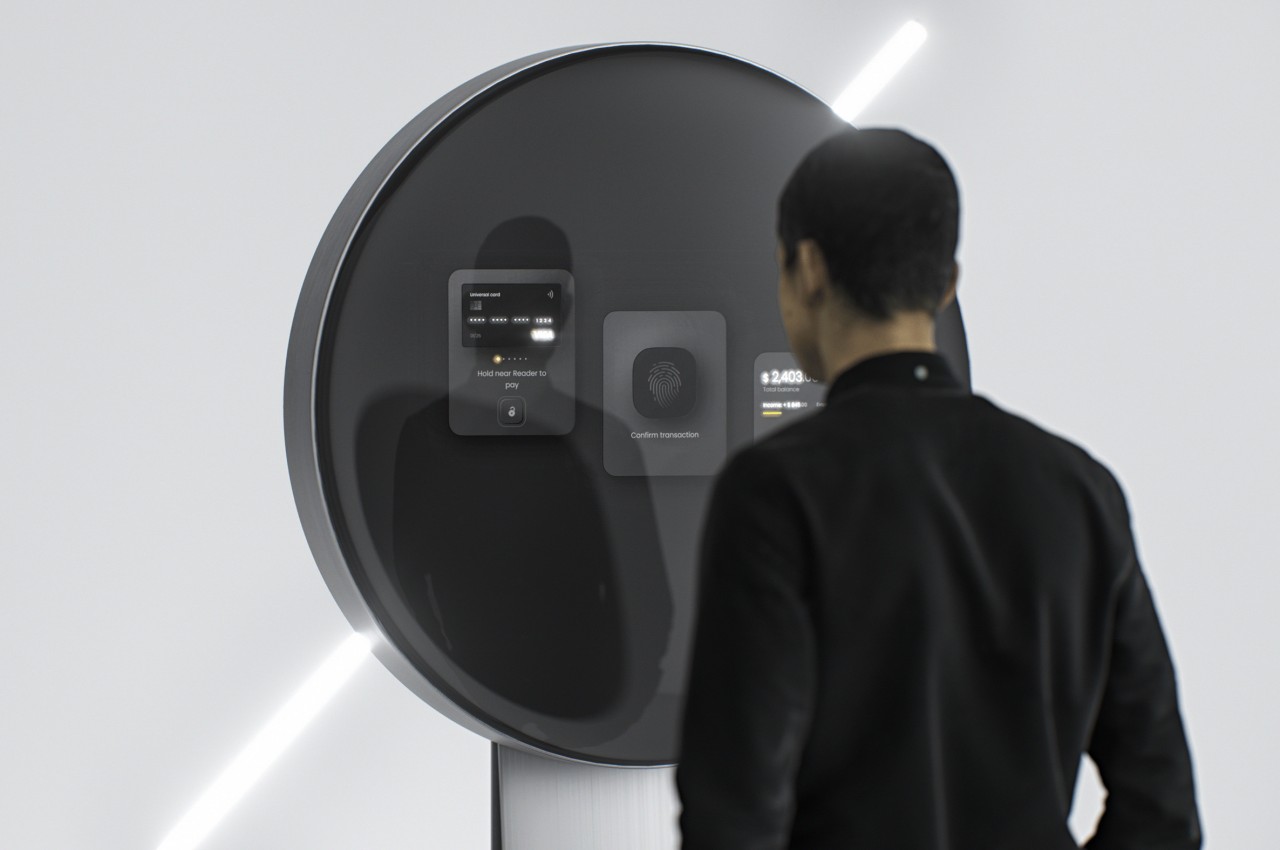 At the same time, however, this kind of concierge could be seen as impersonal and cold, which is almost antithetical to what “hospitality” means. We’re definitely far from being able to rely on such technology completely, anyway, considering the current state of AI and face recognition. There’s definitely plenty of room for improvement, not to mention ways to keep that personal human touch even when you’re just talking to a screen. 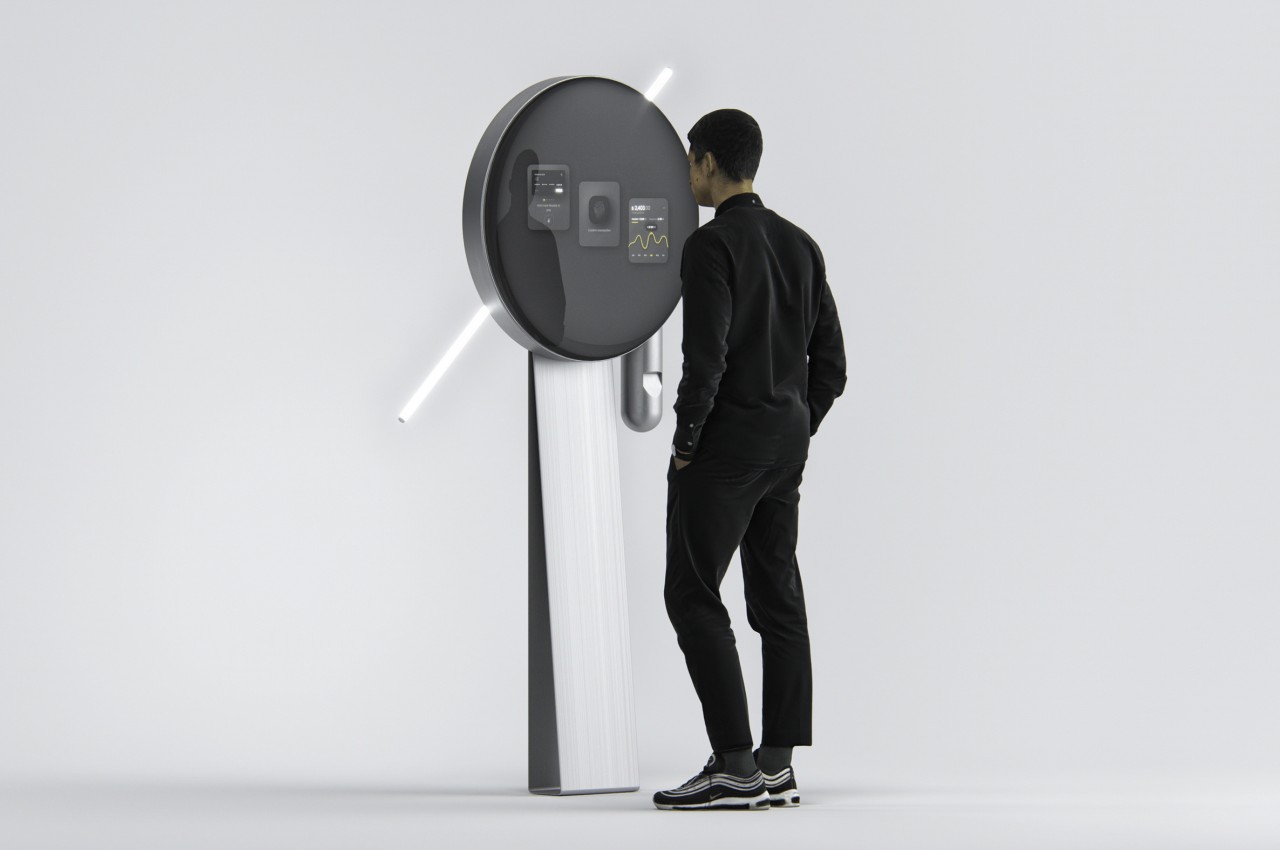